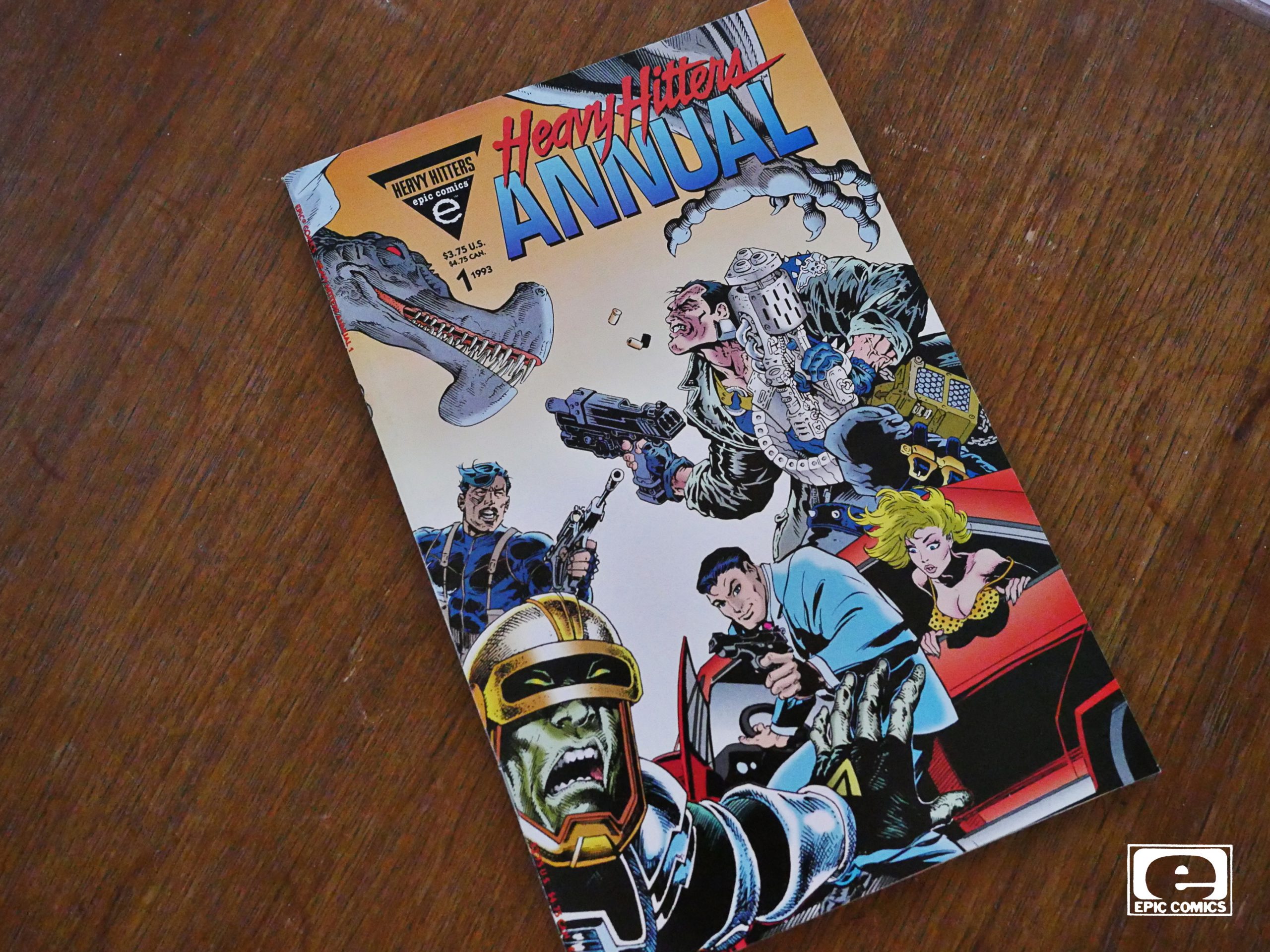 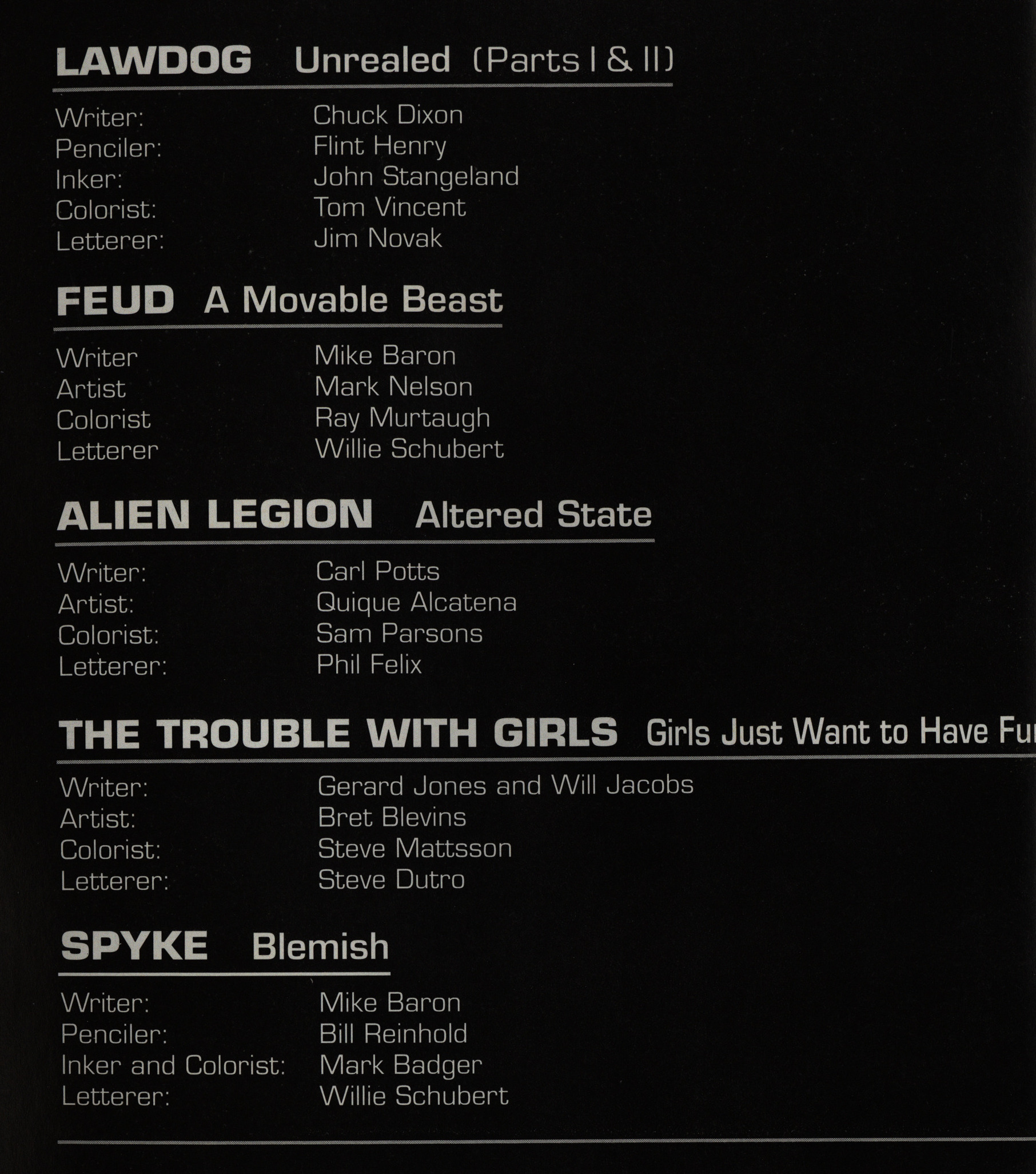 Here! I’m lazy. These are the credits; apply them to the individual pages yourself. 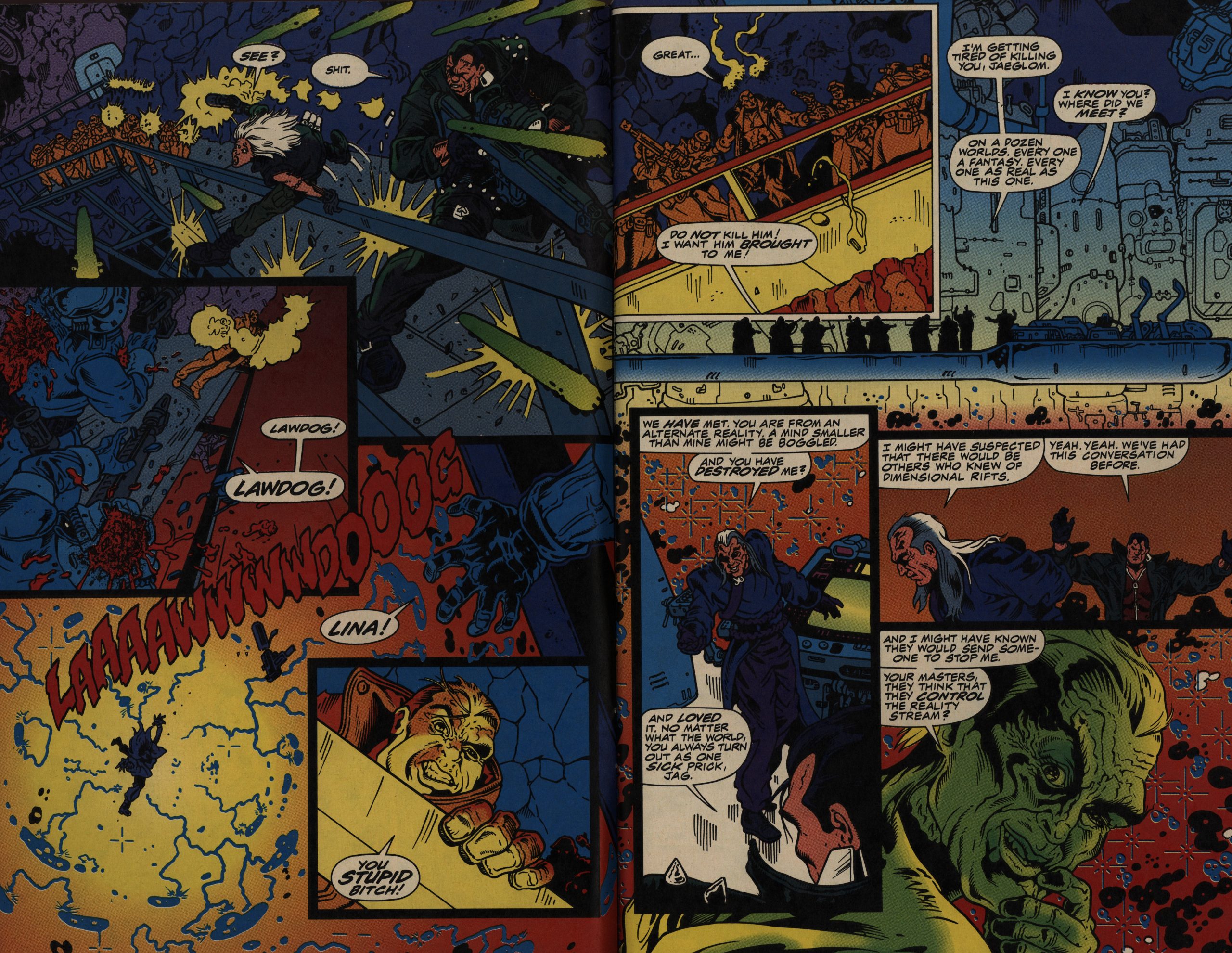 So… there’s a framing story courtesy of Lawdog, which makes sense — he’s an interdimensional cop (sorta), so here we have a Eeevil Guy mixing up realities, which could make for some fun, I guess? 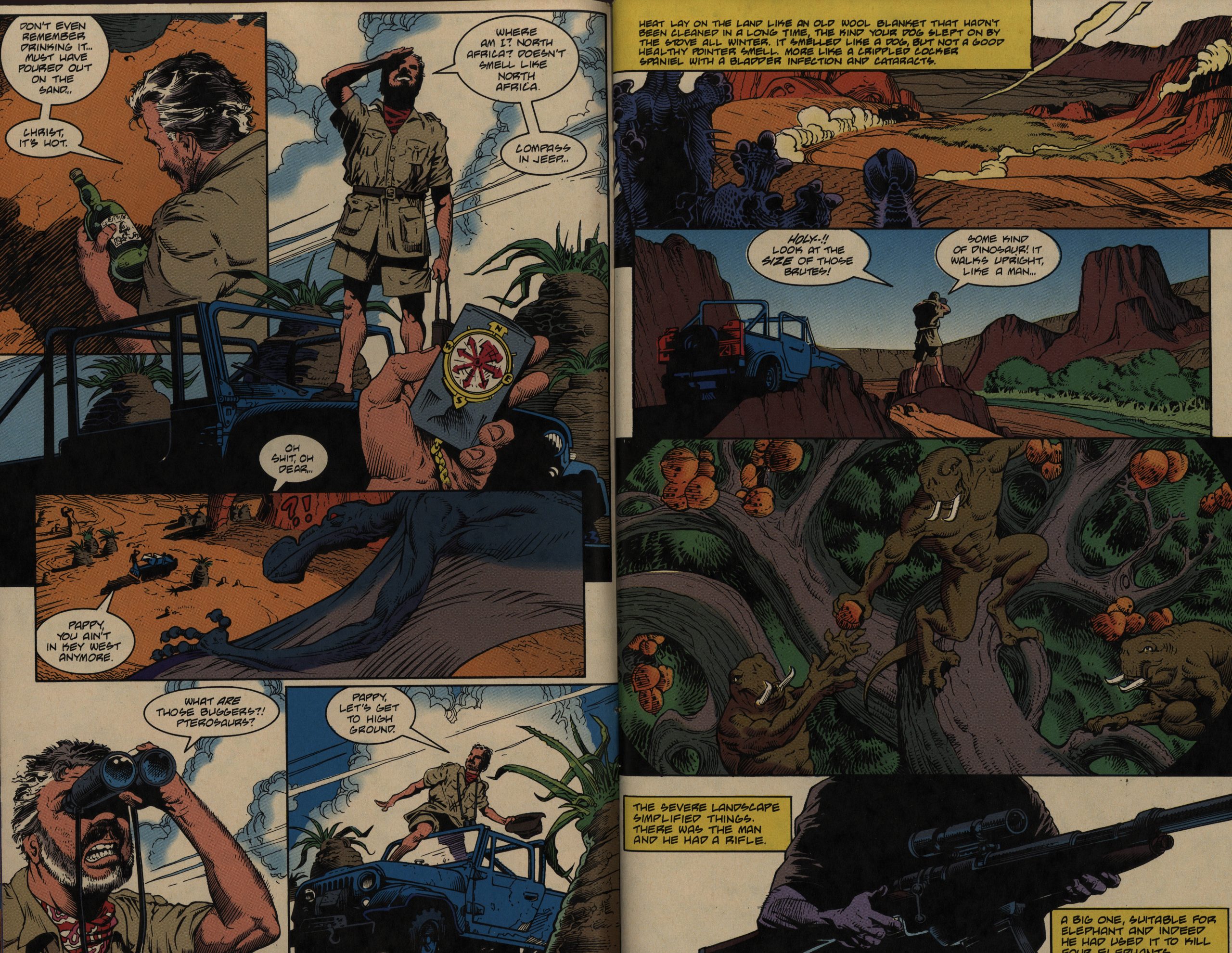 So realities are indeed mixed up, with a human dropping into the world of Feud. I had kinda assumed that characters from the different series would appear in other series, but that’s not the case here — it’s just some random human.

The story ends the only way the story could end, but it’s kinda fun. And would probably not mean much to somebody who hadn’t read Feud. 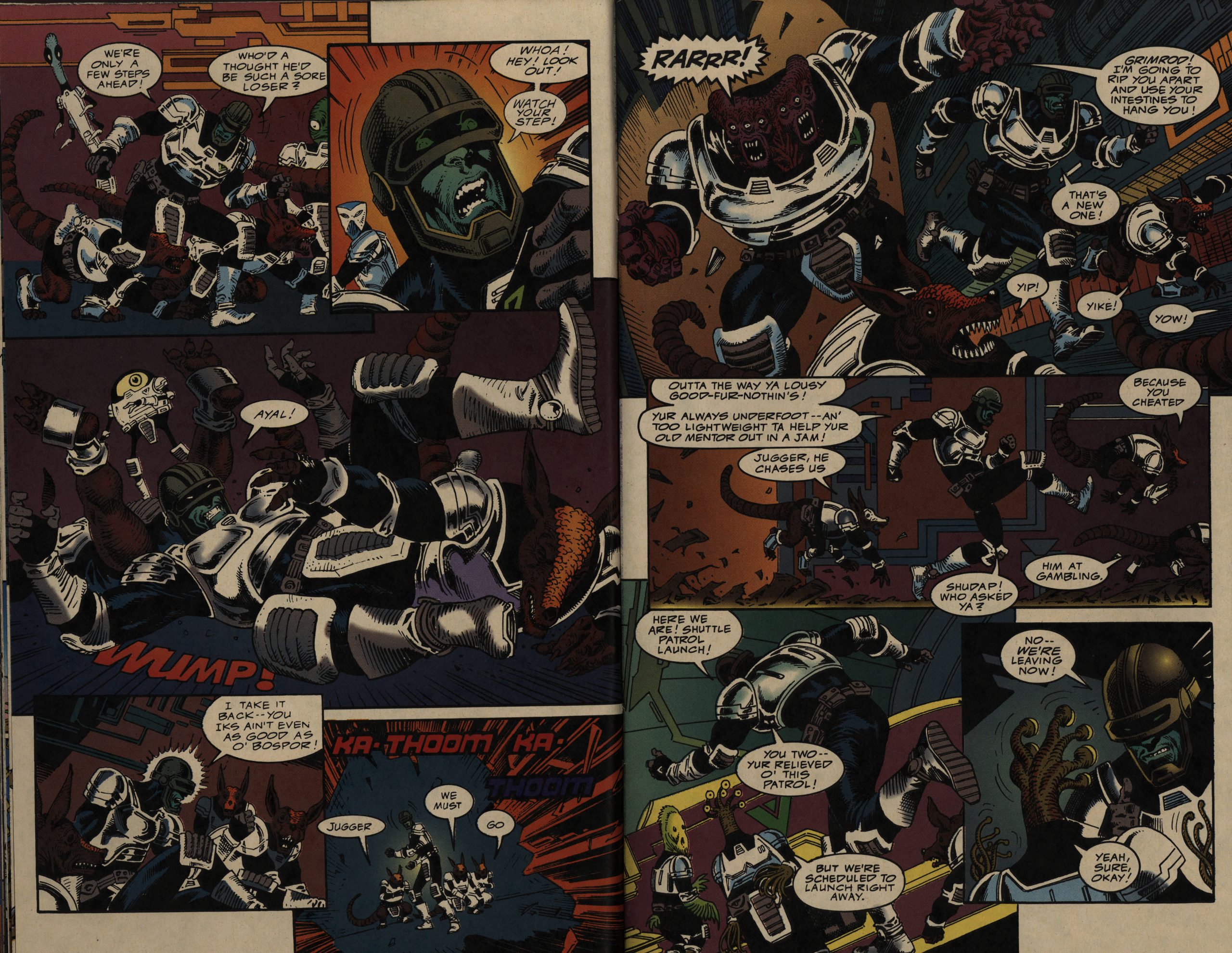 We get an Alien Legion short written by Carl Potts. He’s the original co-creator of The Alien Legion, but hadn’t written anything since the first couple of issues, I think? So he makes a (final?) return here… and weirdly enough, since he’s the editor-in-chief at Epic, this story doesn’t tie into the framing story at all: There are no interdimensional hi-jinx involved? Did I miss anything?

Weird. But I guess being the boss means you don’t have to follow the rules… 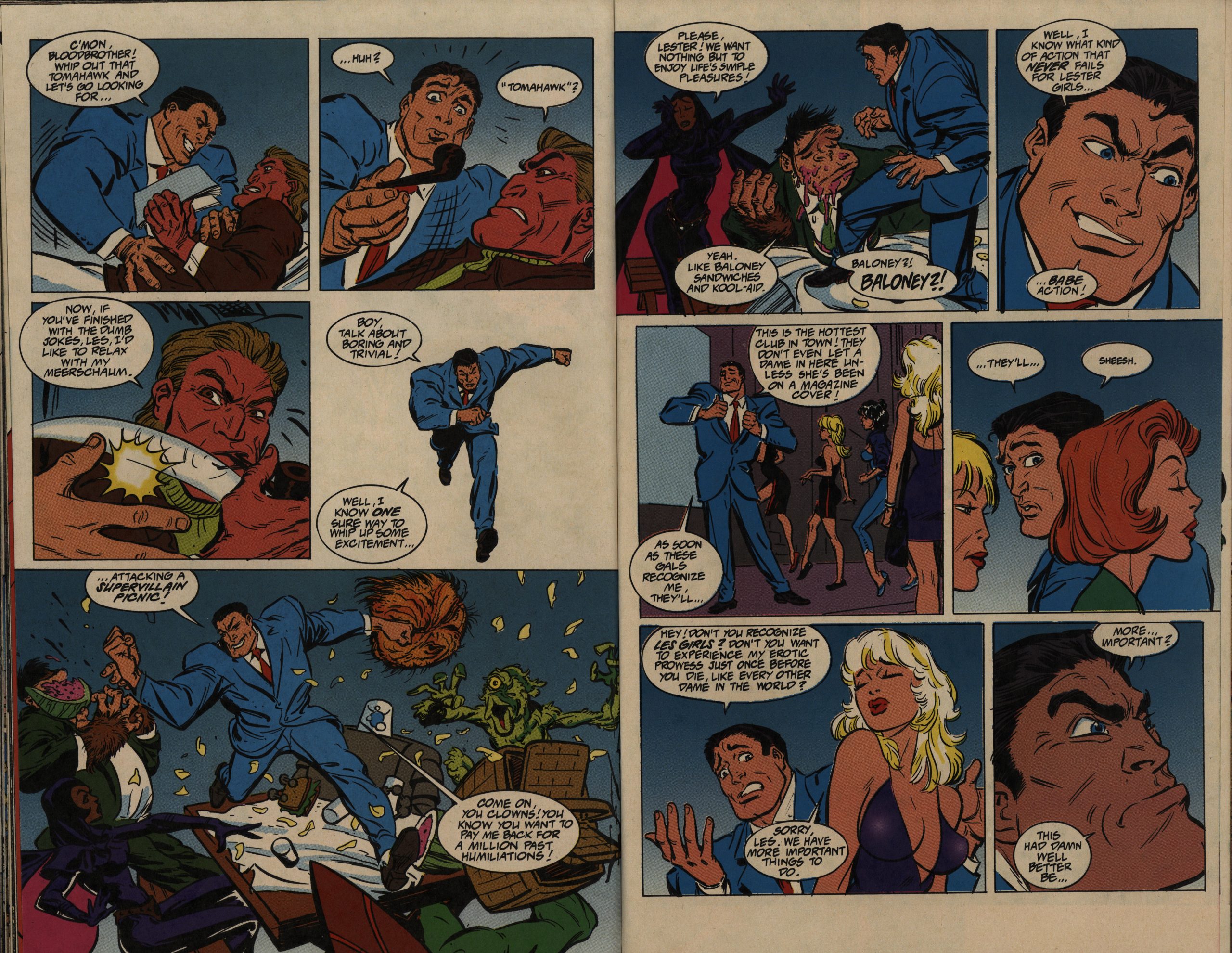 We get a perfectly pointless Trouble With Girls short… 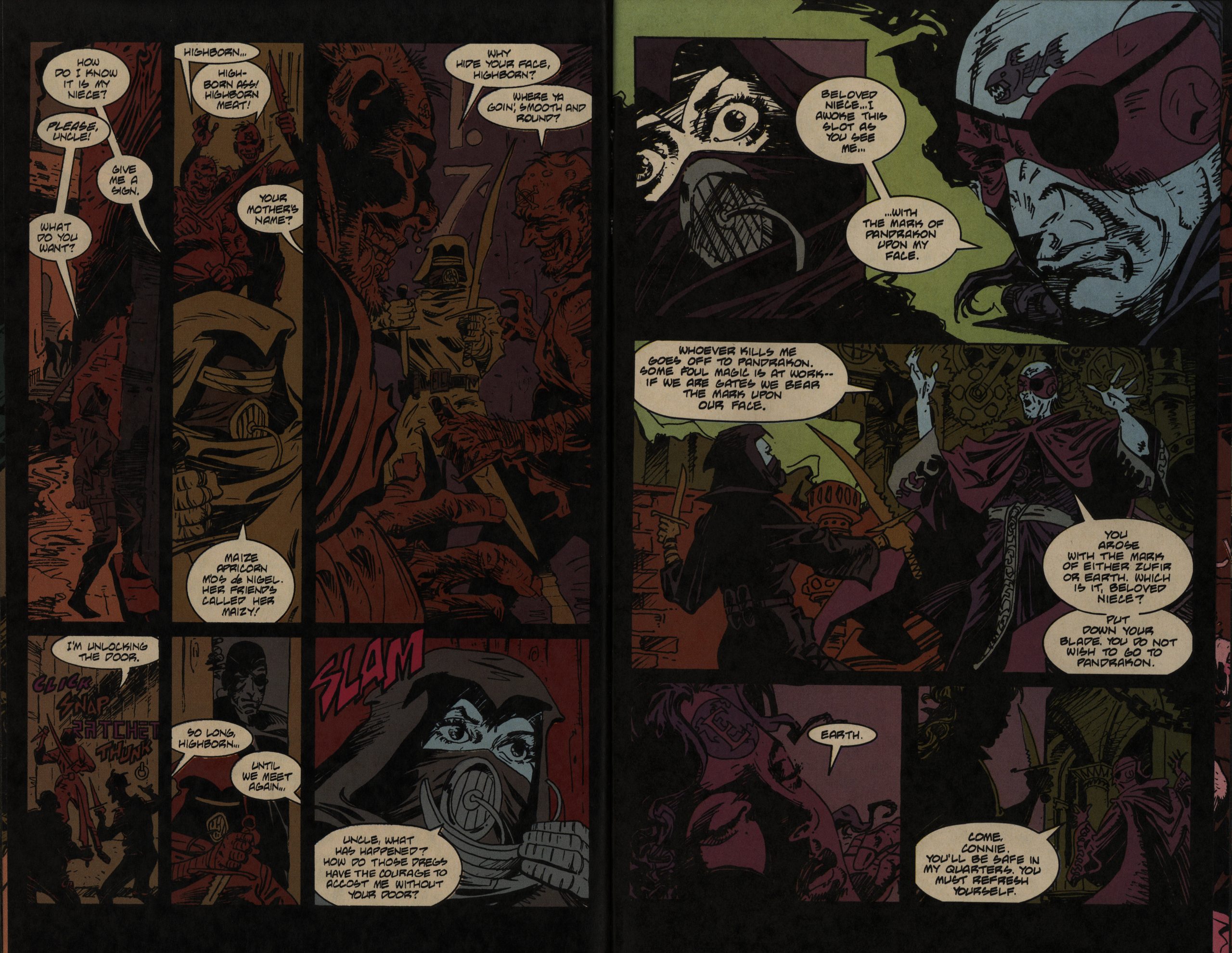 … and a Spyke short that can best be described as “it is there”. 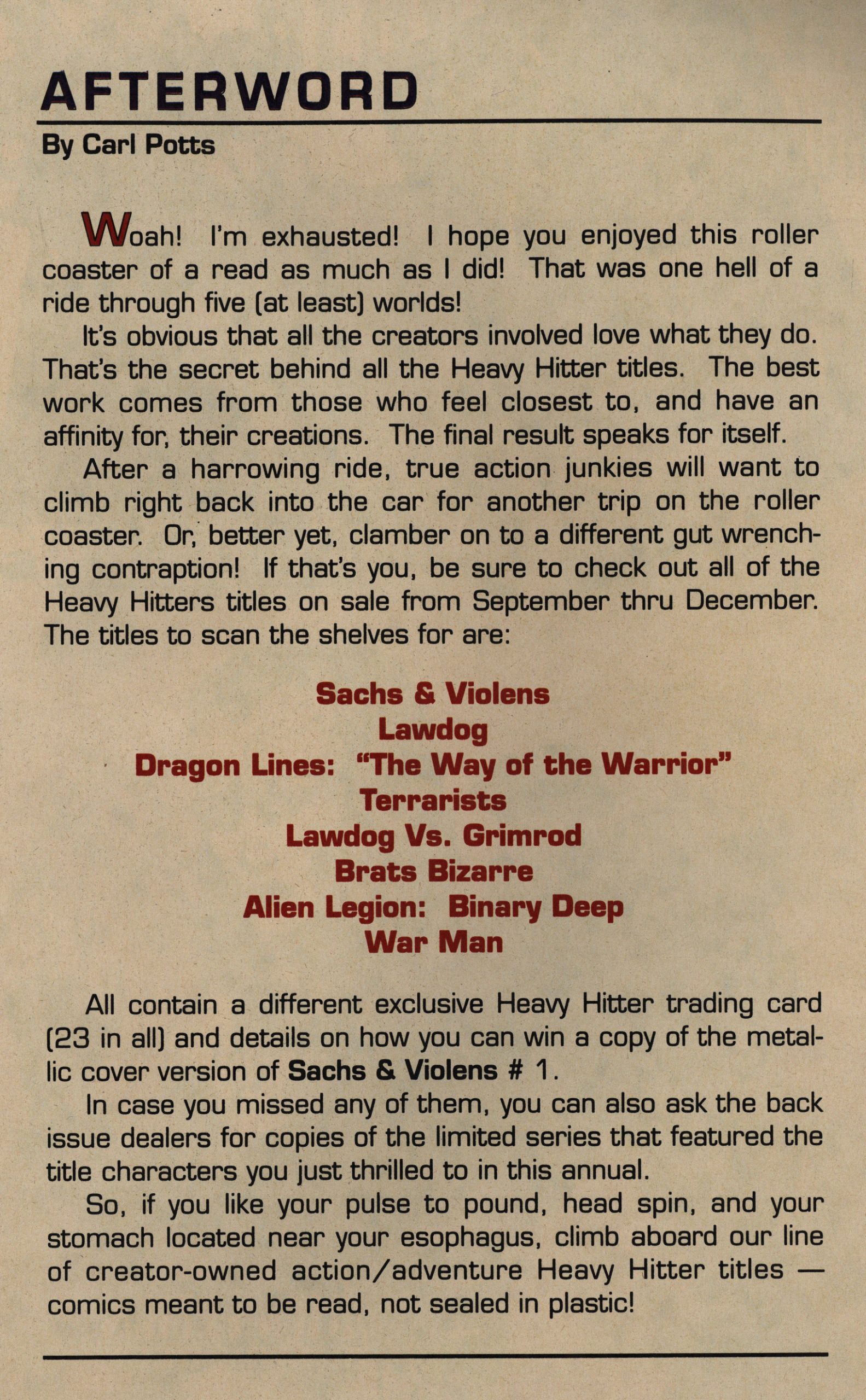 Potts shows up and hawks Epic’s current lineup, which includes few of the stuff included in the annual. So… was the point of the annual to get the thronging masses of fans of these five series to buy the next batch of Heavy Hitters mini-series? 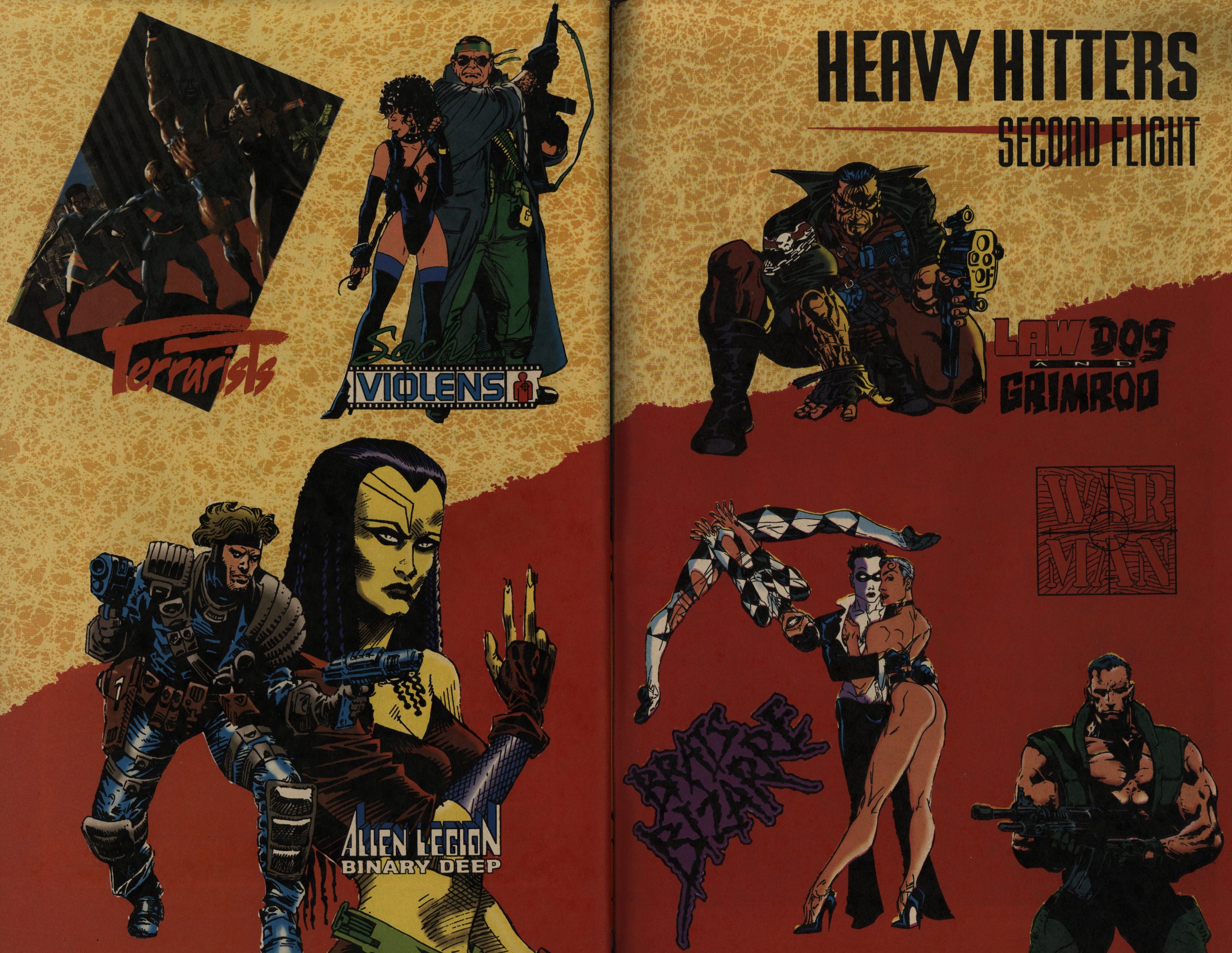 I guess? But… wouldn’t it have made more sense to include some of the new series? Perhaps?

I was unable to find any reviews of this book on the web, but that’s not surprising. 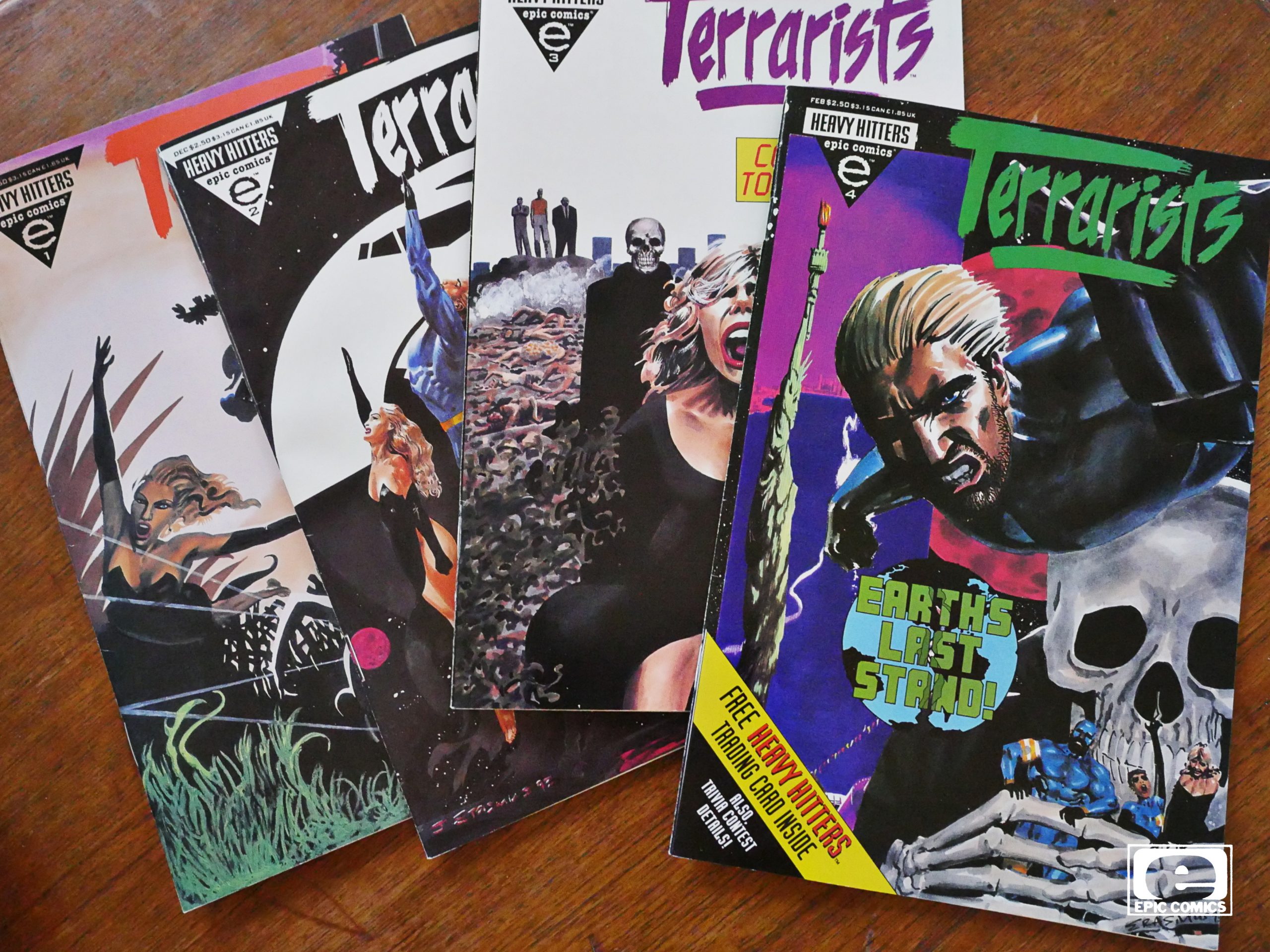 Here’s another oddball “Heavy Hitters” book — the first from the second wave of books, I think? 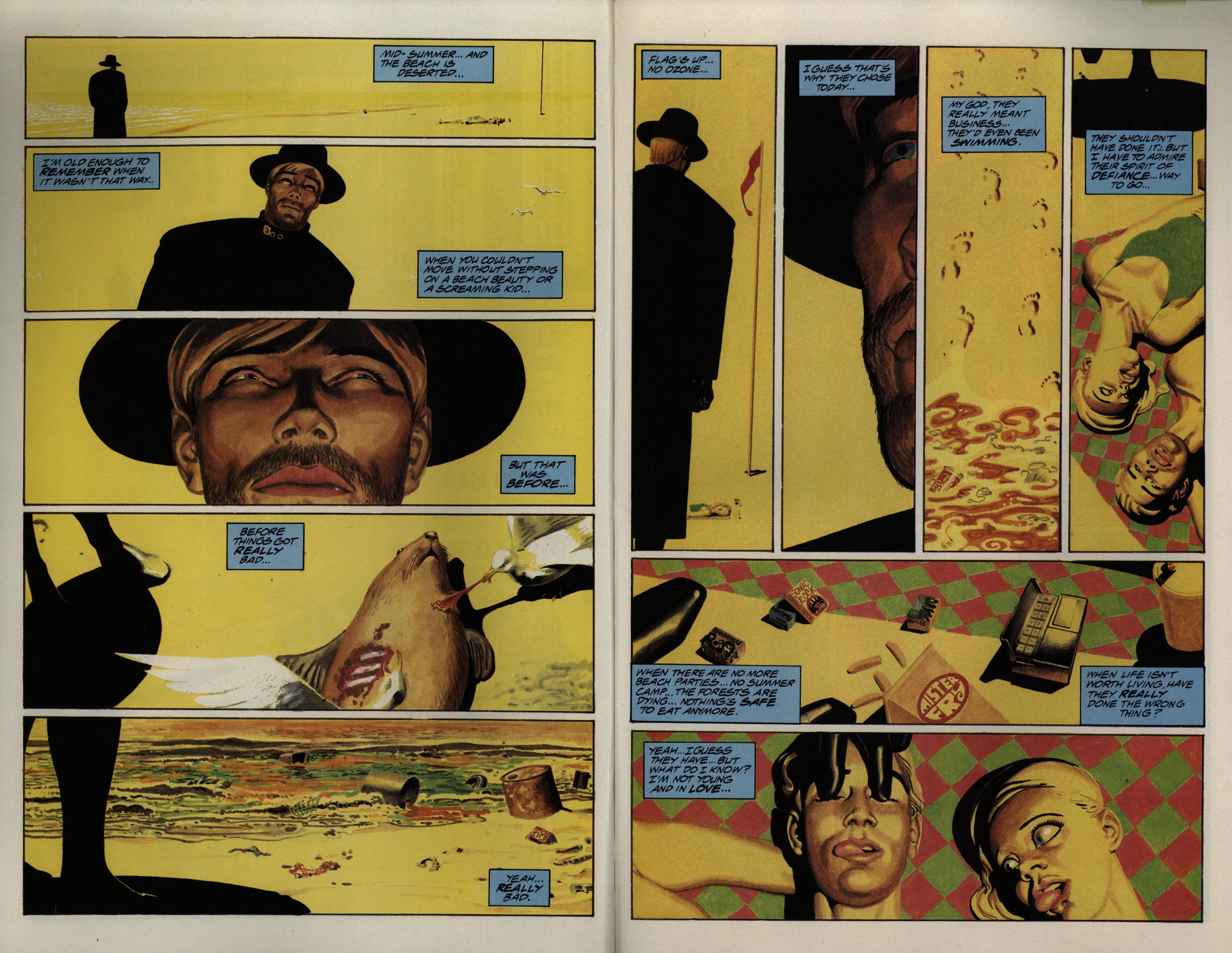 I suspect that everybody involved here are British? It does have that British feel to the storytelling, at least. The artwork by Erasmus is quite American, though; in particular, it’s quite Richard Corben. 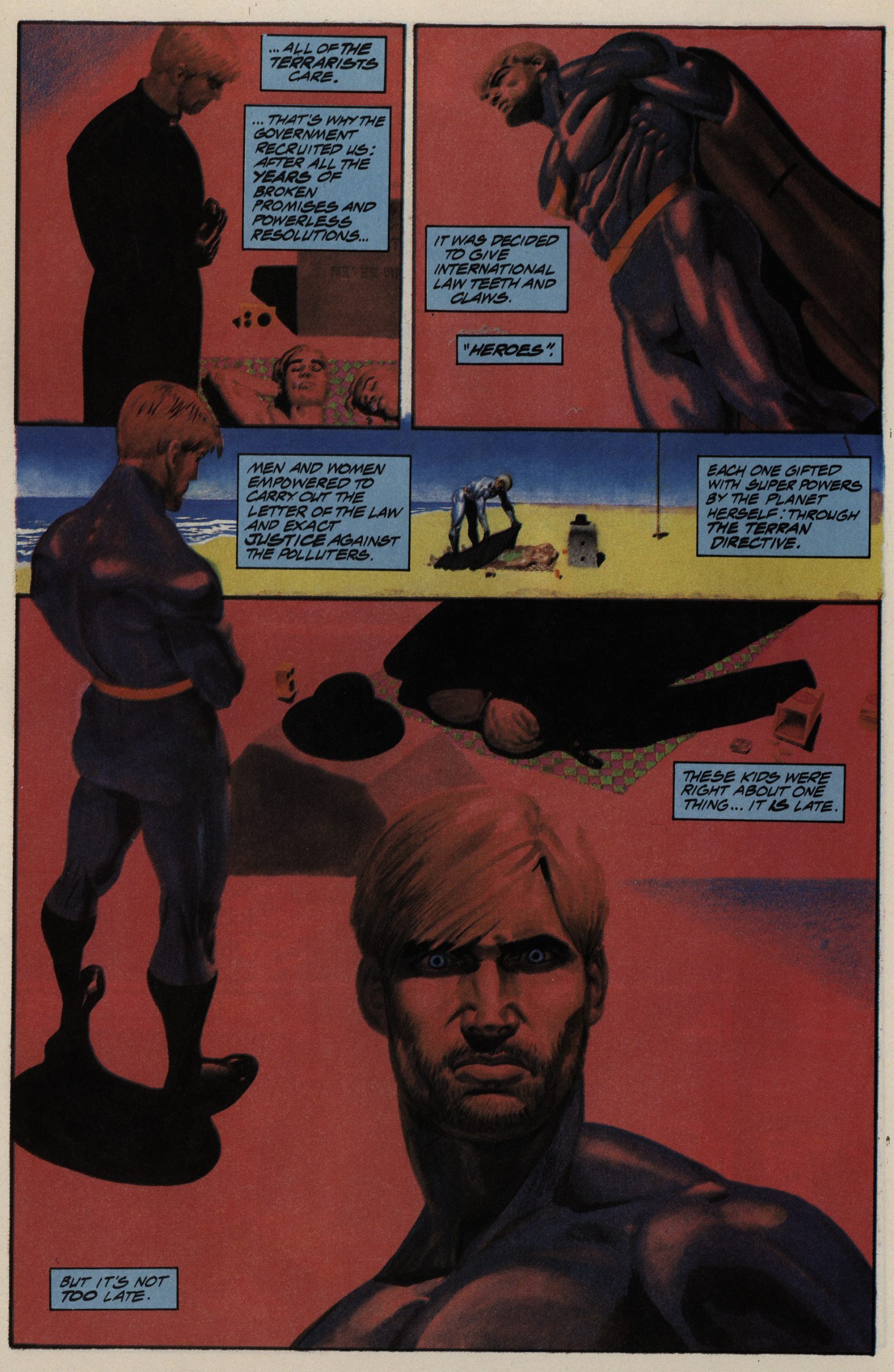 Anyway, the book is about a group of four super-heroes who’ve been given powers by the Earth to fix the environmental problems we’re having. 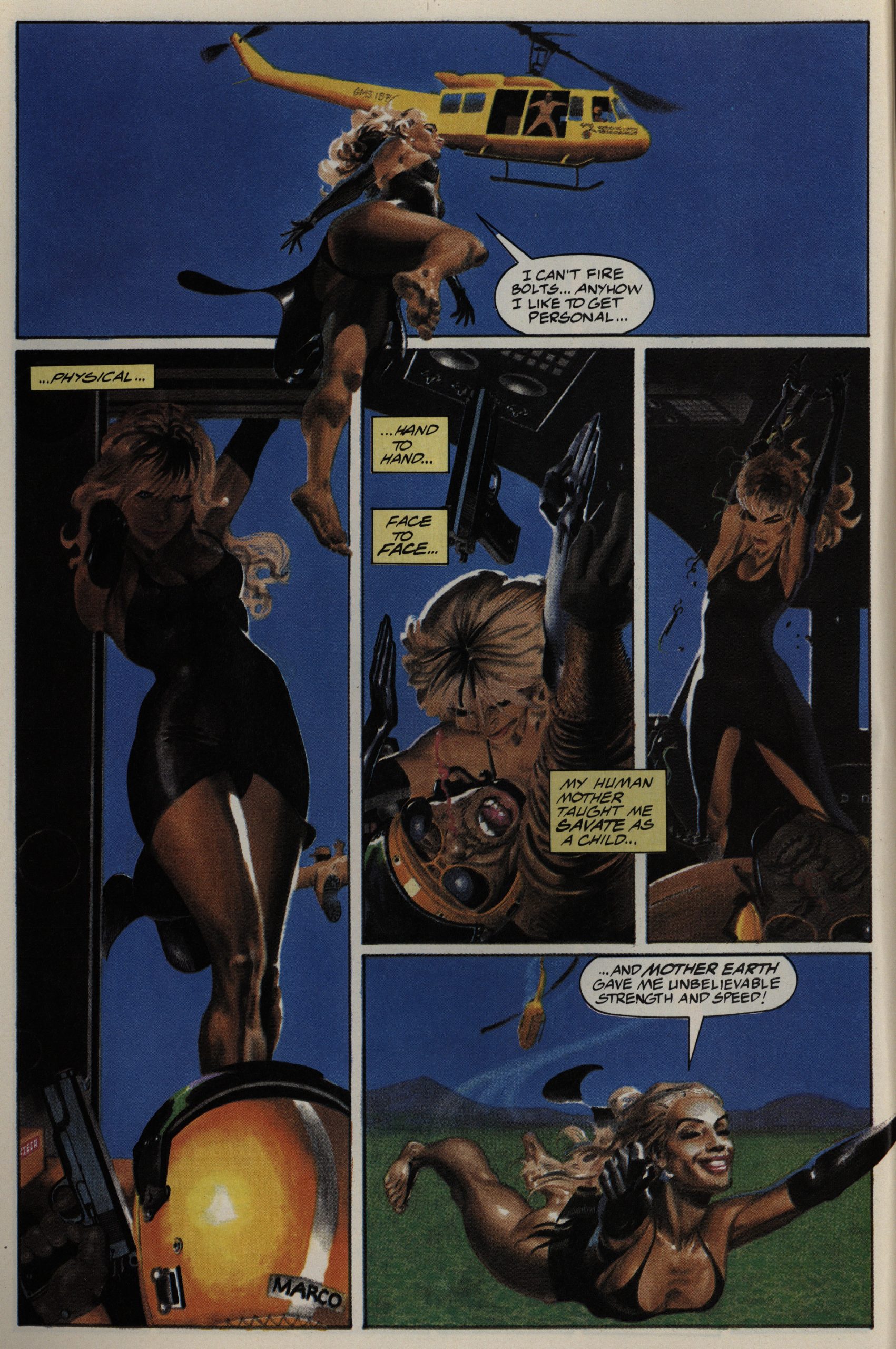 You’ll no doubt be shocked to learn that the world’s richest and most powerful are conspiring to kill off all life on Earth!

I’m fascinated by how old-fashioned this book must have been, even in 1993. It’s told totally straightforwardly — there’s nary a twist or surprise, and the good guys are good guys and the bad guys are bad guys. It’s refreshing. But that said, there really isn’t much here… it’s a very snappy read, and not much of interest happens. We also get to experience the origin story of all the four heroes, and … after each one, I was just wondering “well, why?” Nothing of interest happens in the origin stories… 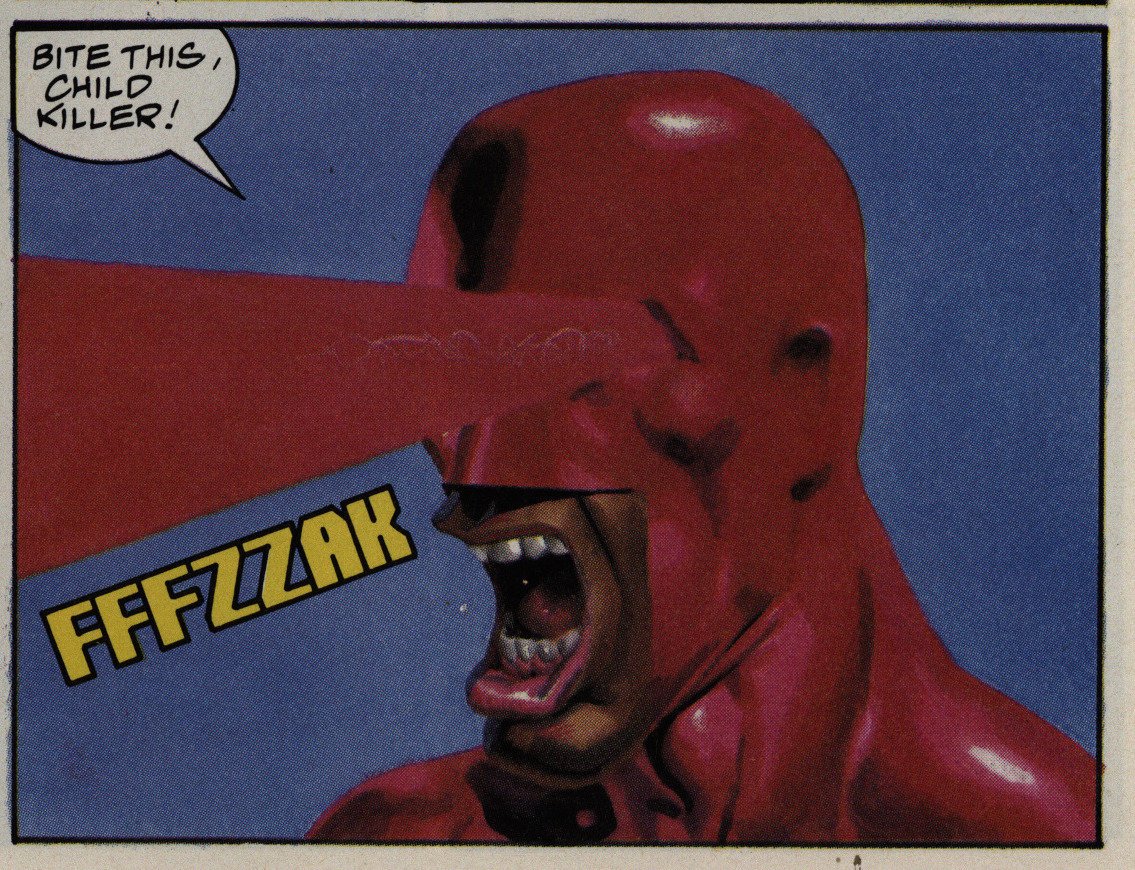 Man! That’s a Corben face. Although the mouth is a bit more angular. 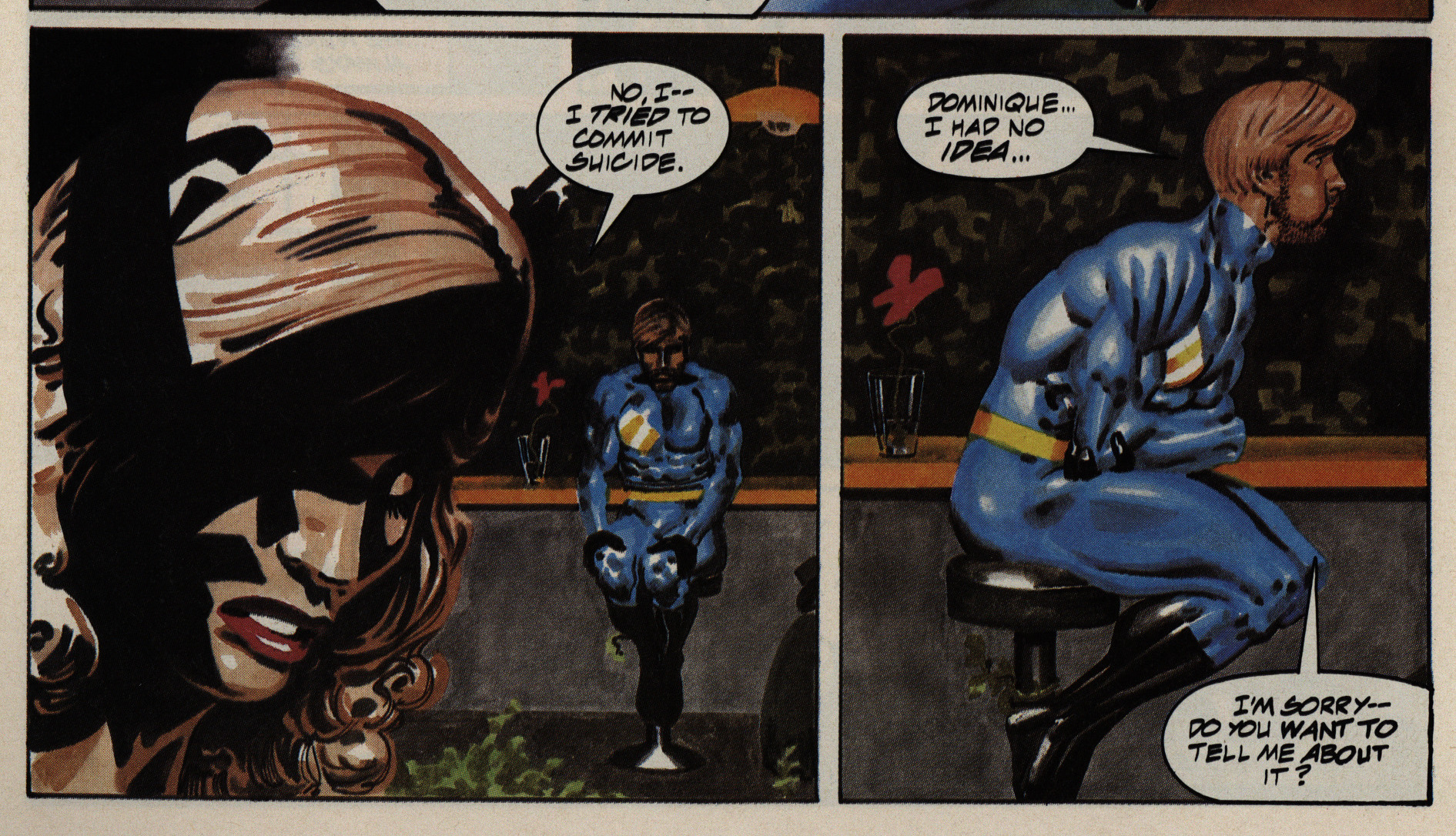 I like Erasmus’ artwork — it’s got an insane, slick, sick look to it. But sometimes the muscles do really add things, like in the panel to the right there. 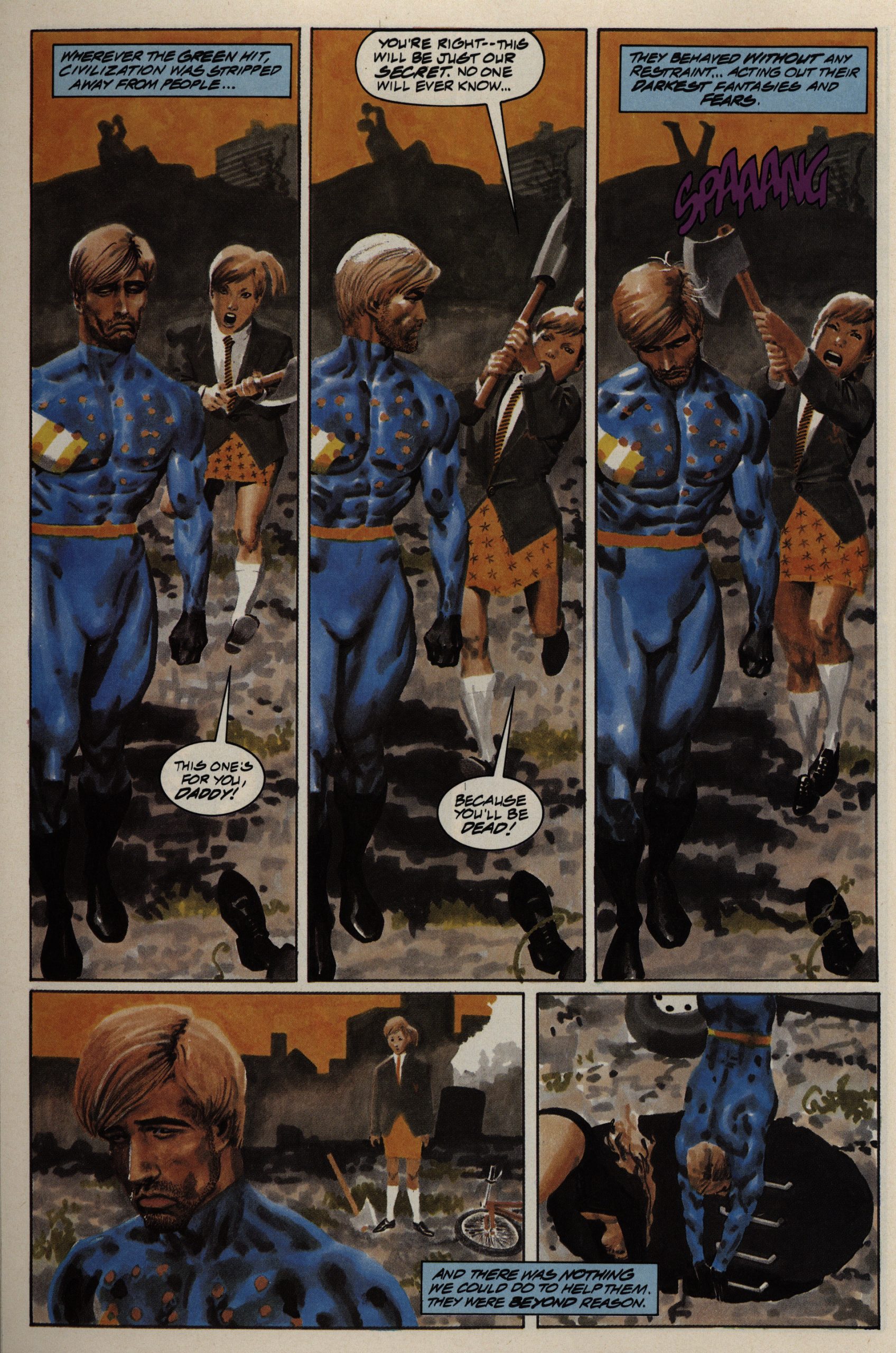 I guess some parts reminded me a bit of Miracleman?

Anyway, it’s an interesting series in some ways.

The series has never been reprinted or collected, and I’m somewhat surprised by that. You’d think somebody like Titan could do something with it…

I’m only able to find a single mention of this book on the interwebs: