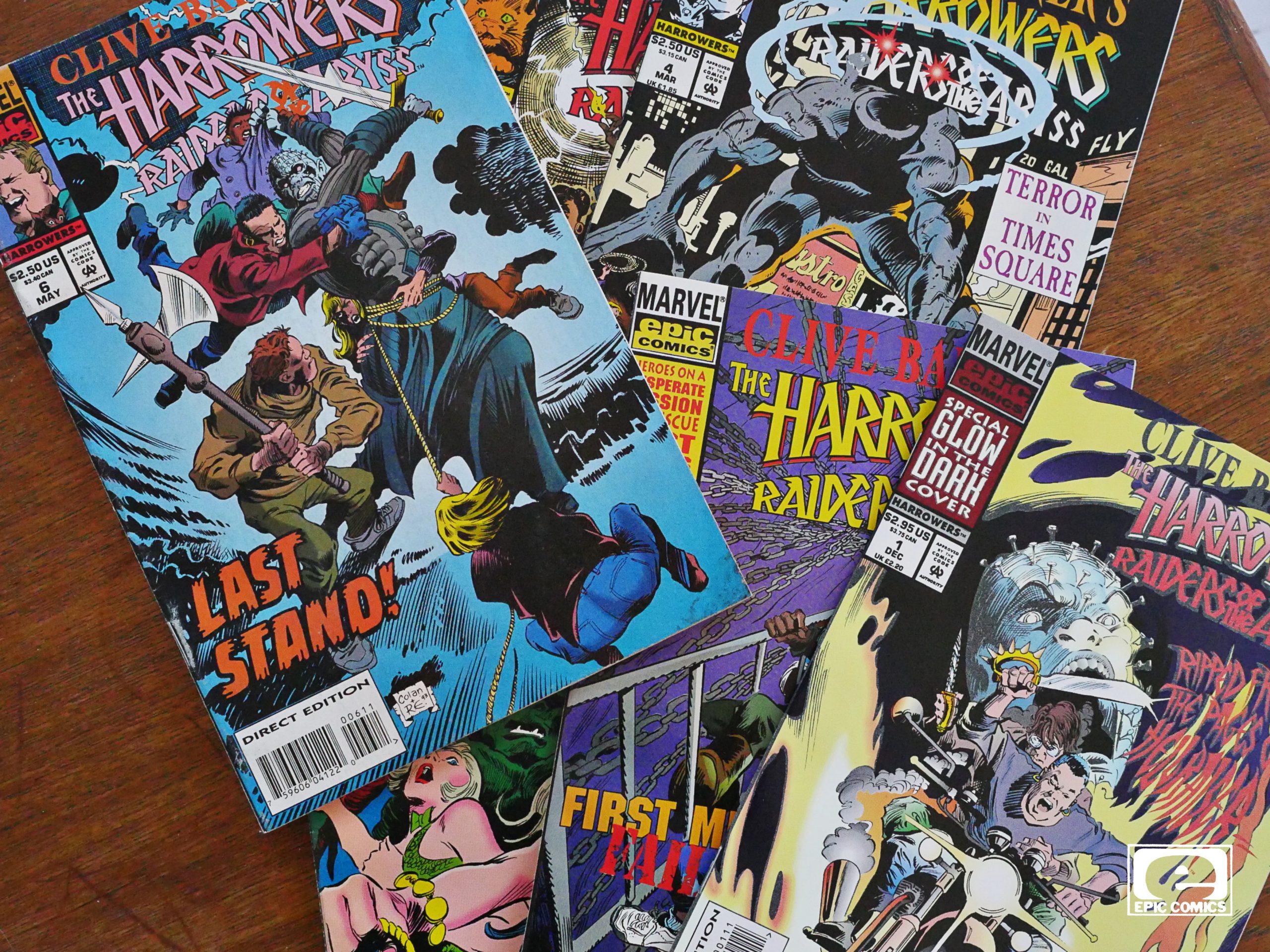 The first issue has a glow-in-the-dark cover. Let’s see if it still works: 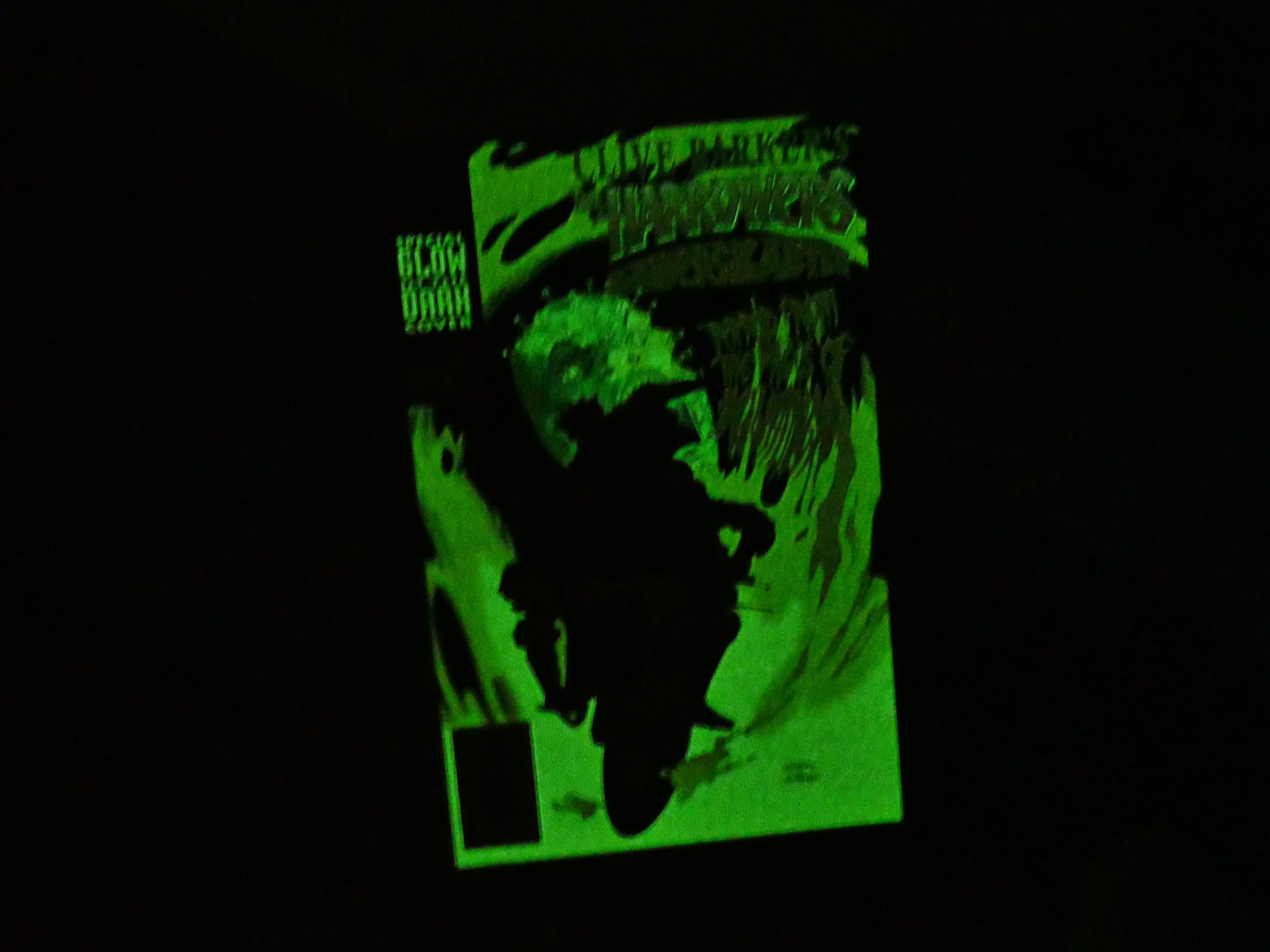 It does! Spooky, man!

The only person who worked on all issues of this Clive Barker-generated property was the penciller, Gene Colan. 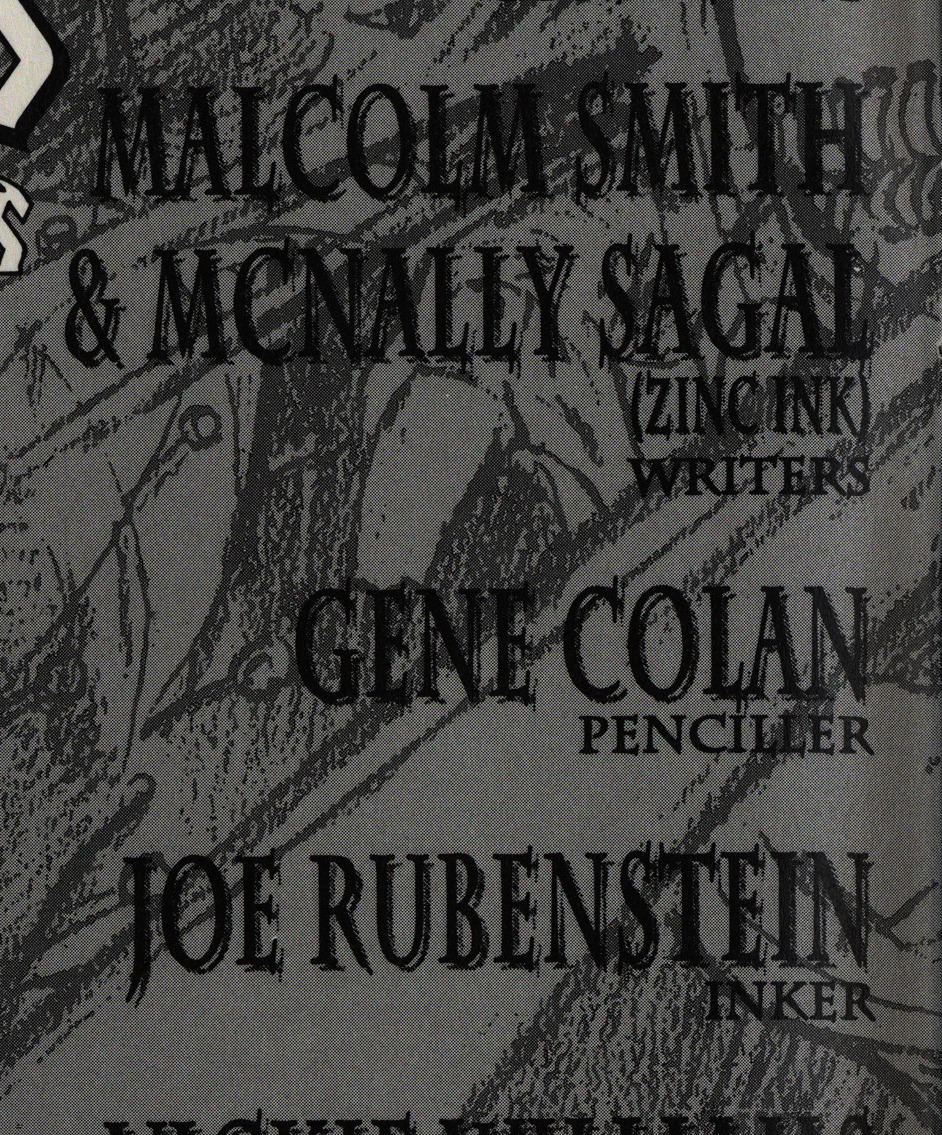 The first issue has two writers… 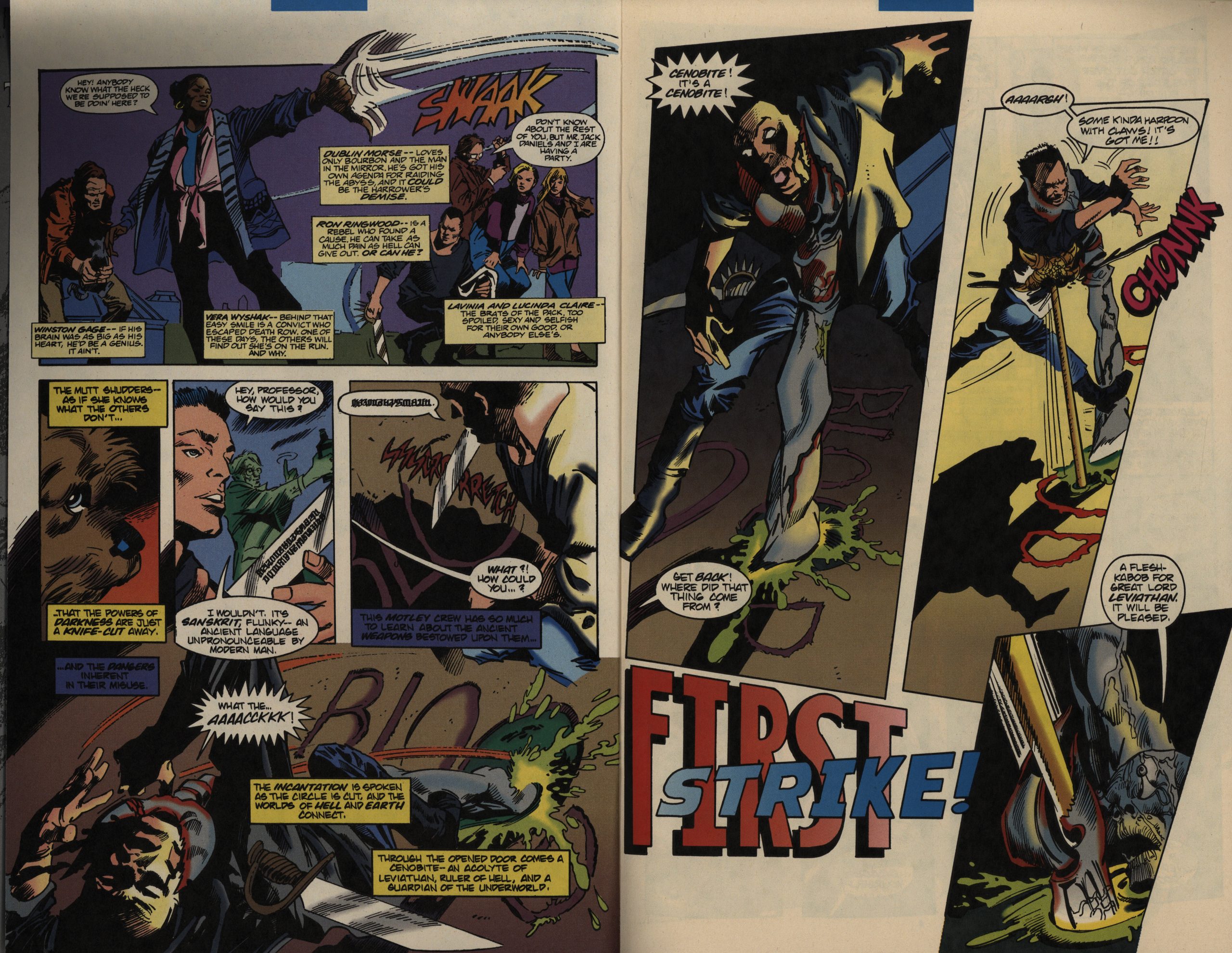 … and it totally reads like it. More writers, more verbiage? It’s like the only comic book these writers have read before is Stan Lee’s 60s comics, and their main take-away was “there should be more exposition”. 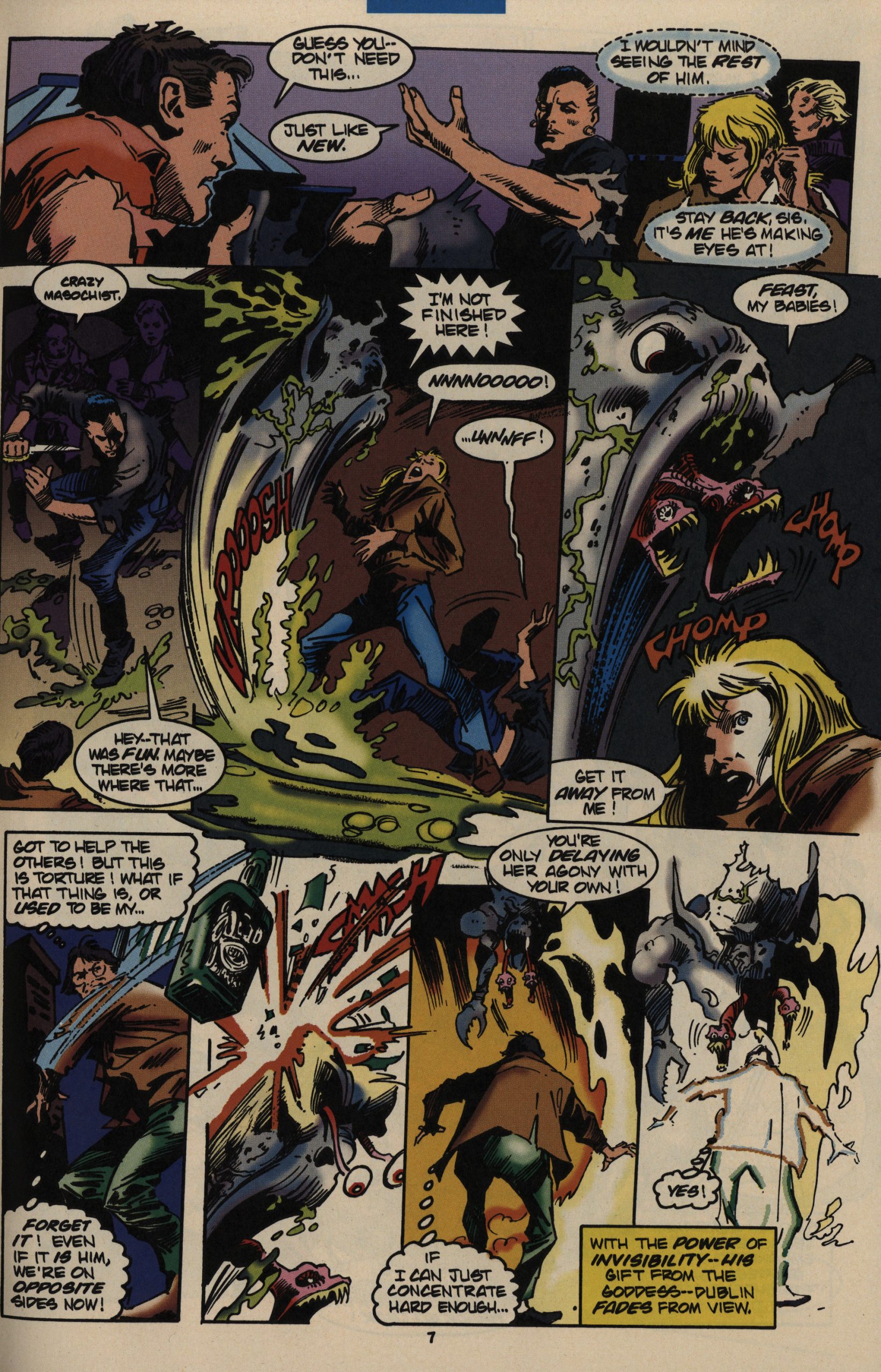 The Harrowers started in the Hellraiser comic, and it’s an offshoot of that er mythology: After having printed several dozens of stories where the plot was “person twiddles box; Cenobites appear; the end”, somebody at Marvel came up with the brilliant idea: What about if we instead created a group of super-heroes that fight the Cenobites? Then we could, like, have more varied stories?

At least that’s my assumption.

So here the heroes are in their own series, which is more a Marvel proper publication than an Epic one, I guess (it’s Comics Code approved and everything). 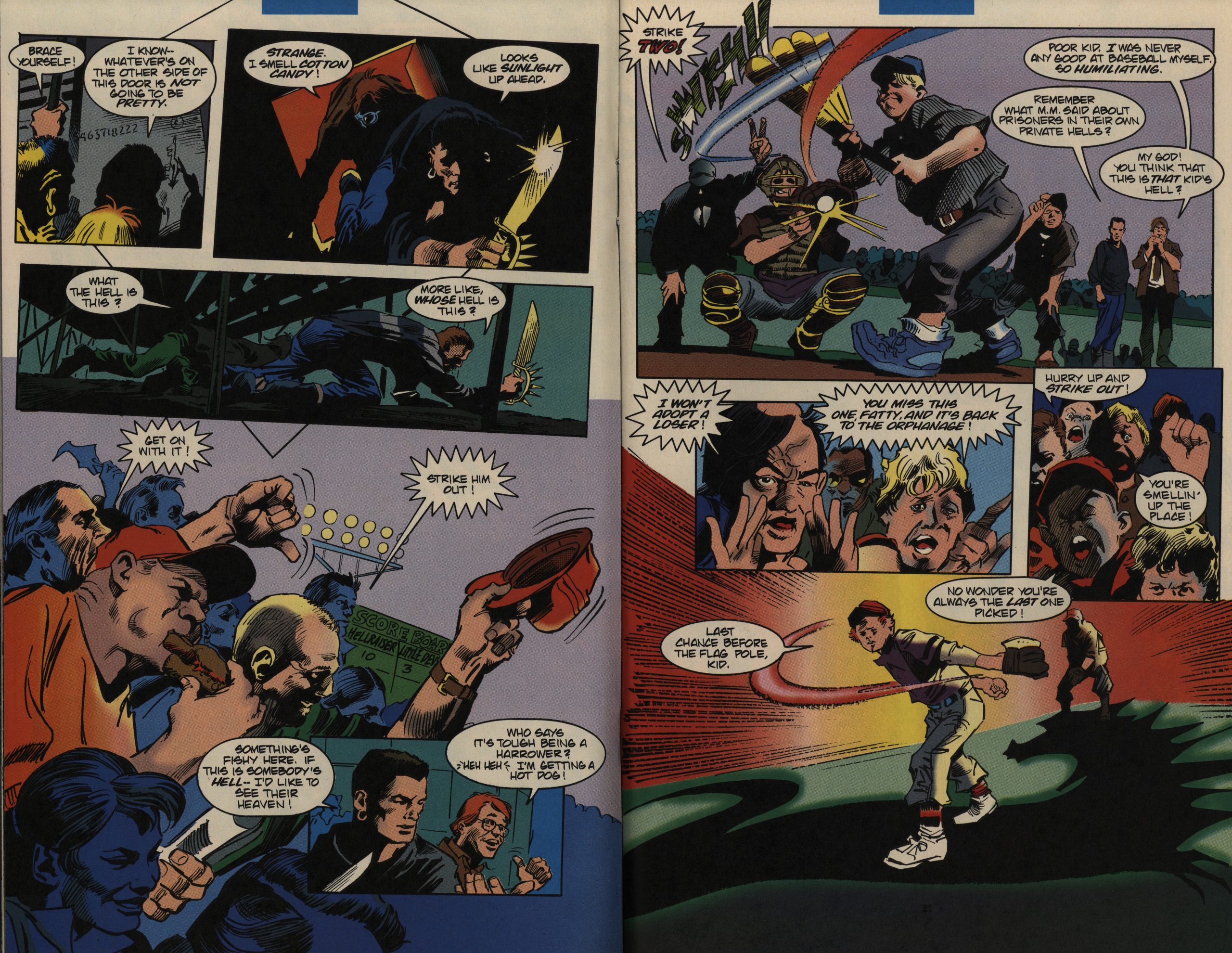 So the heroes rescue people from hell. It’s not really the “we have such pleasures to show you” kind of hell, though, because this is for a different audience. So the first personal hell we’re introduced to is… a boy playing a baseball game, badly, forever, while people are slightly unpleasant to him.

Joe Rubinstein does the inks on the first issue, and Colan is a difficult guy to ink, but I think Rubinstein pulls it off better than most (except Klaus Janson, I guess). 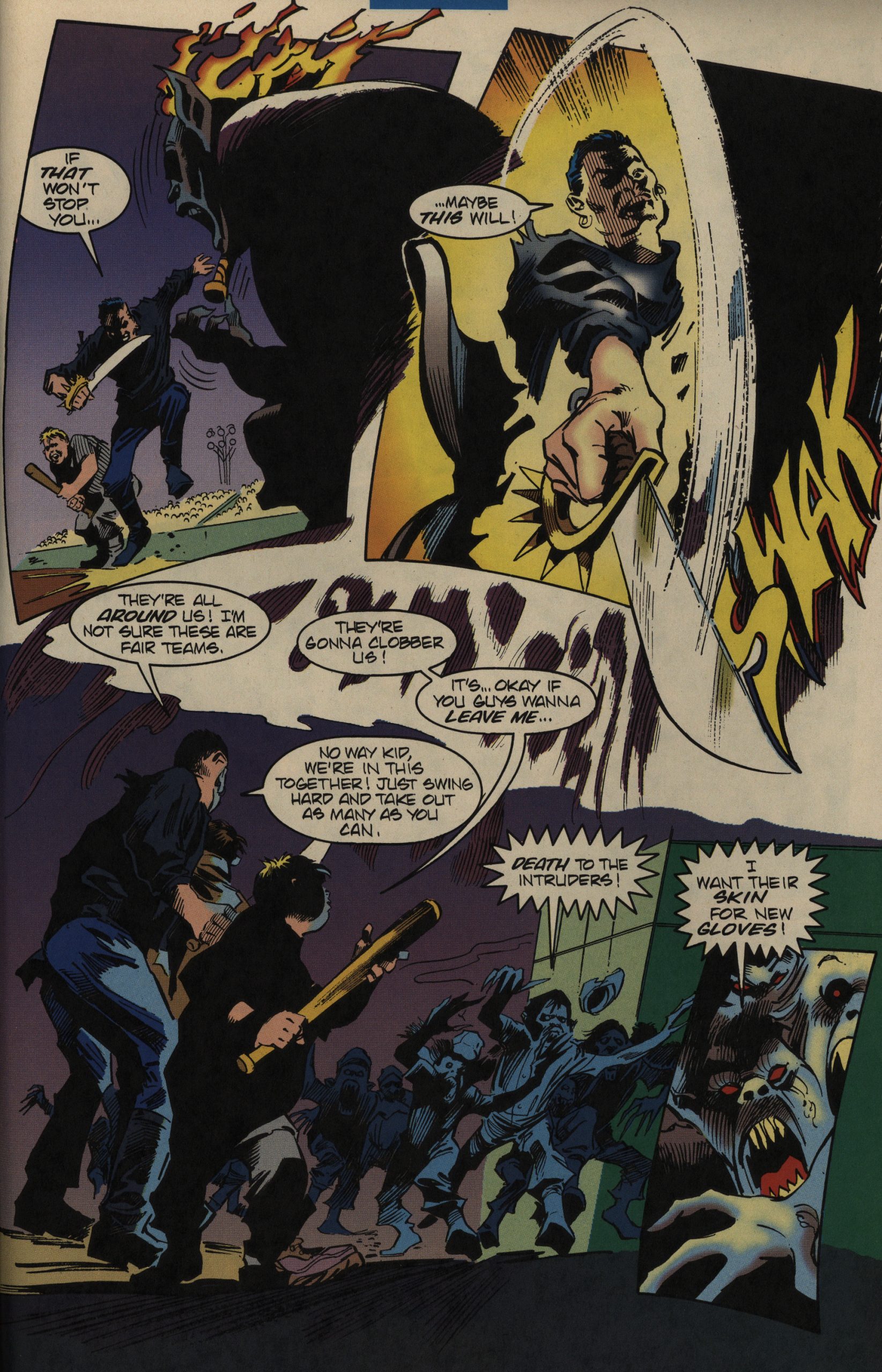 I get the feeling that Colan has never actually seen anything even remotely related to Hellraiser, though. His Cenobites (lower right panel) look like generic Colan demons, and not the S&M Barker stuff.

And the gore is more implied than shown, which isn’t very Barker, either, but it’s fine, I guess. 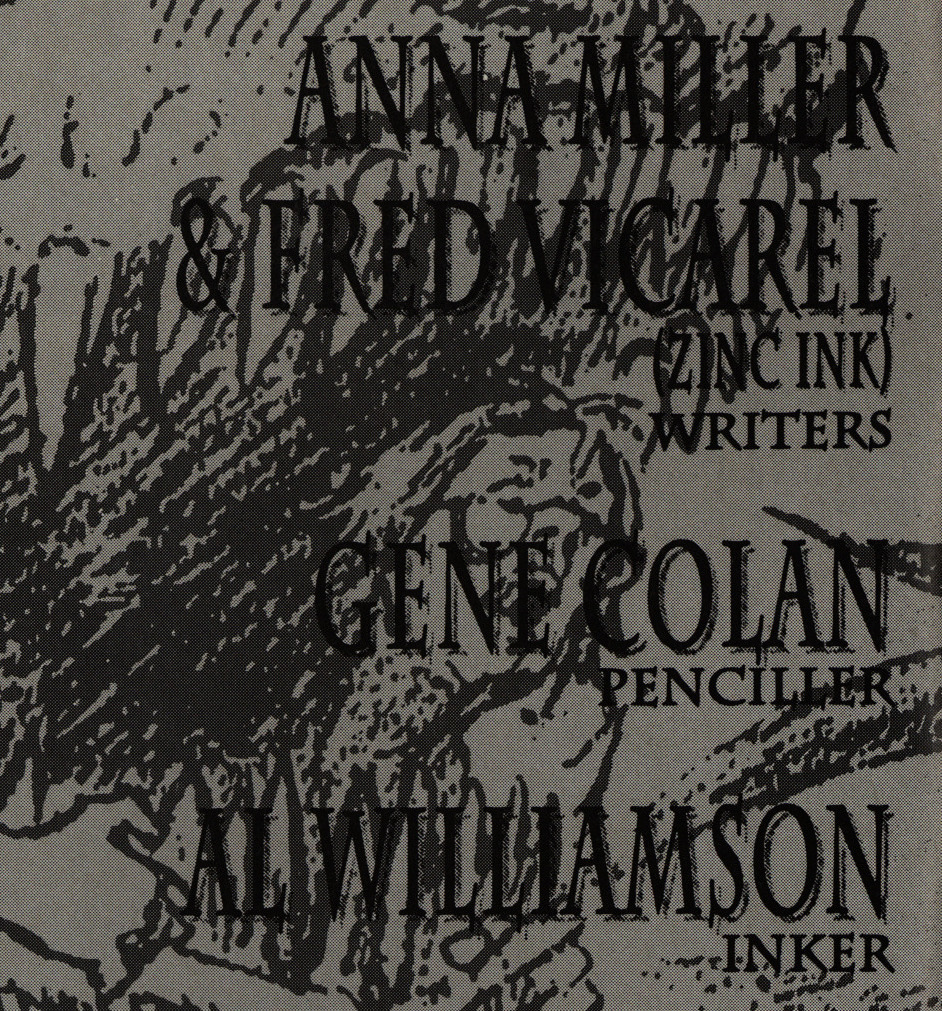 What!? Two new writers for the second issue? Oh, right, the Harrowers thing was dreamt up by a four-people collective… perhaps there were really four writers on these issues; it would explain a lot. 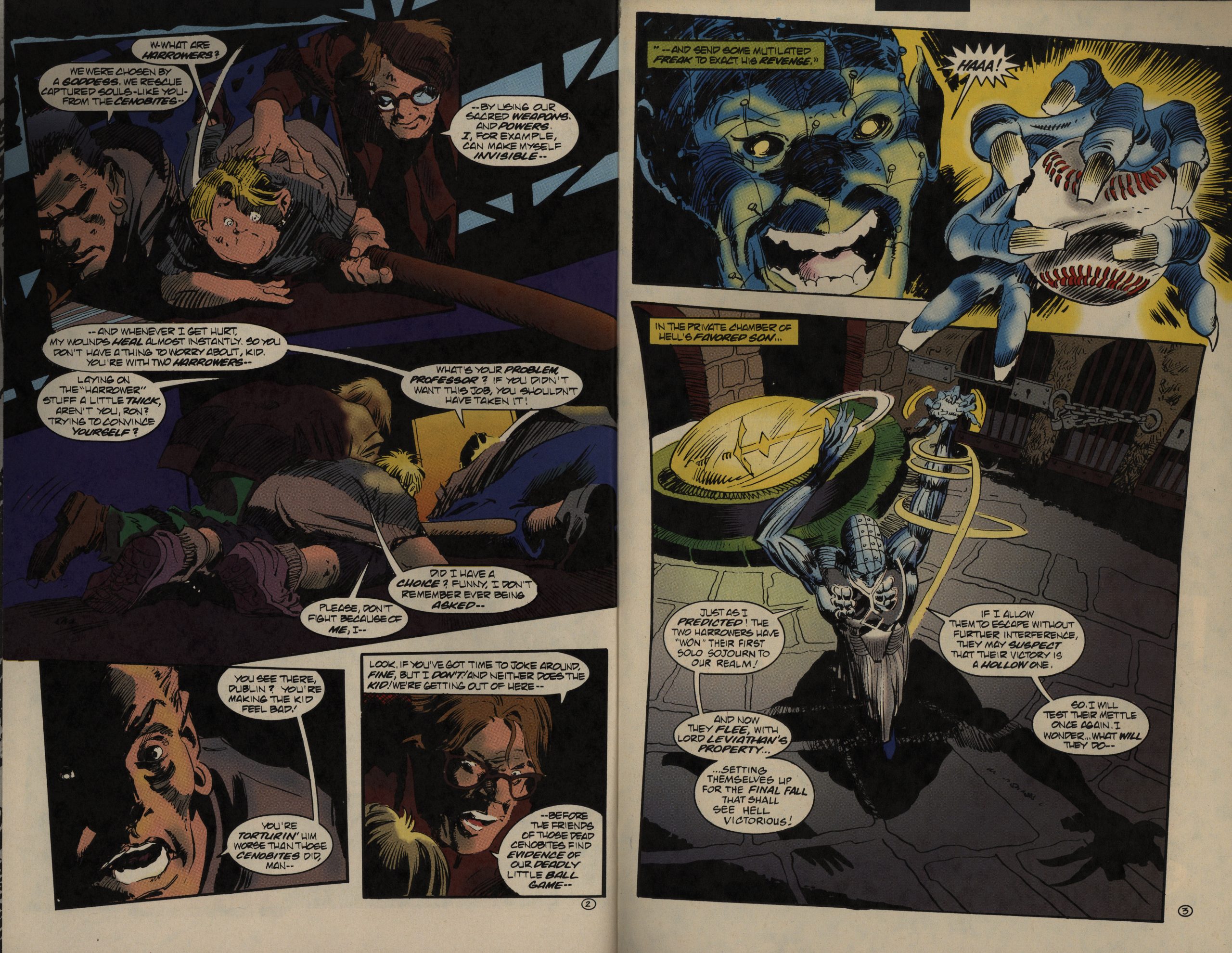 Al Williamson takes over as the inker for half the remaining issues. He’s inked Colan before somewhat successfully, but it feels like he’s totally phoning it in here, leaving scratchy figures and monstrously ugly faces. 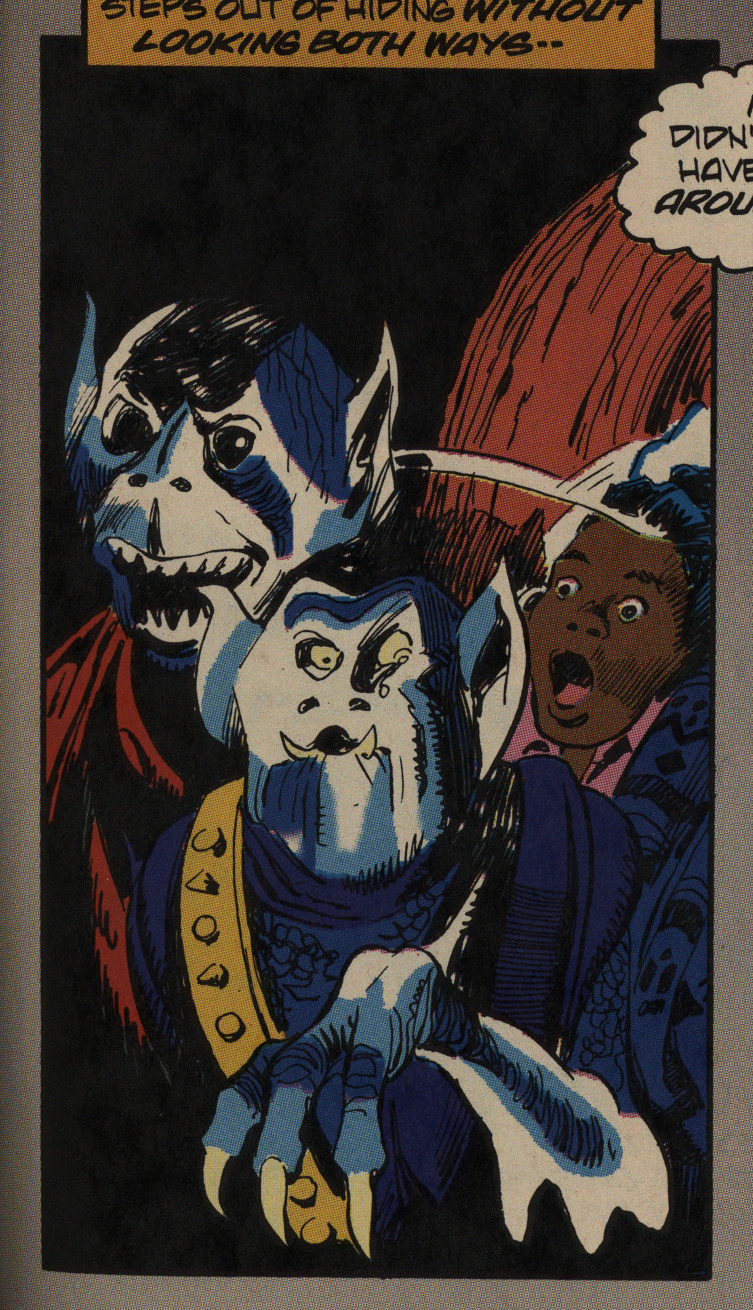 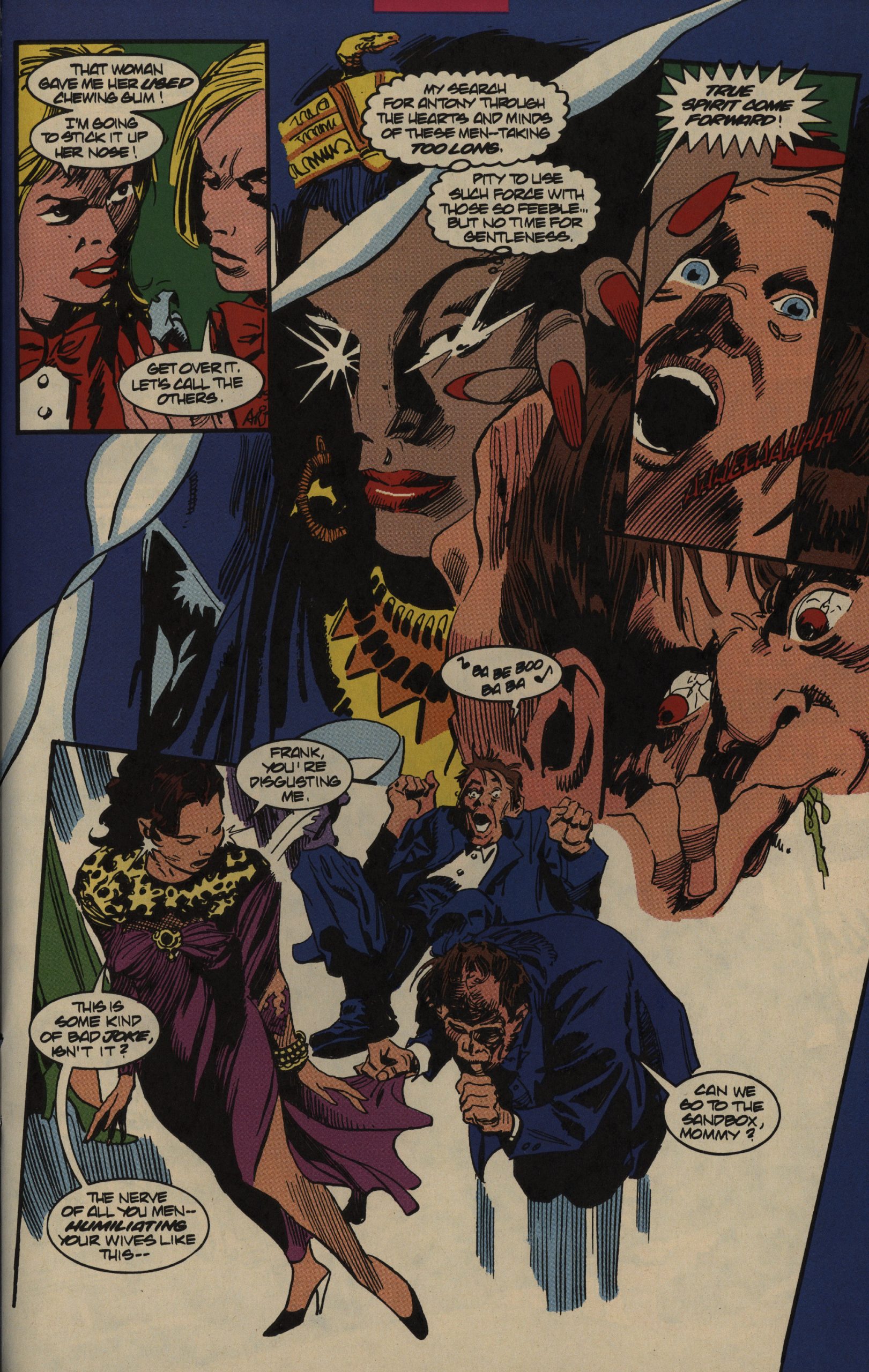 Malcolm Smith is the only credited writer on the final four issues, and they’re better: Instead of even trying to do some Cenobites for a couple of issues, we get a Cleopatra story that’s very 70s in execution, which fits Colan’s storytelling a lot better. 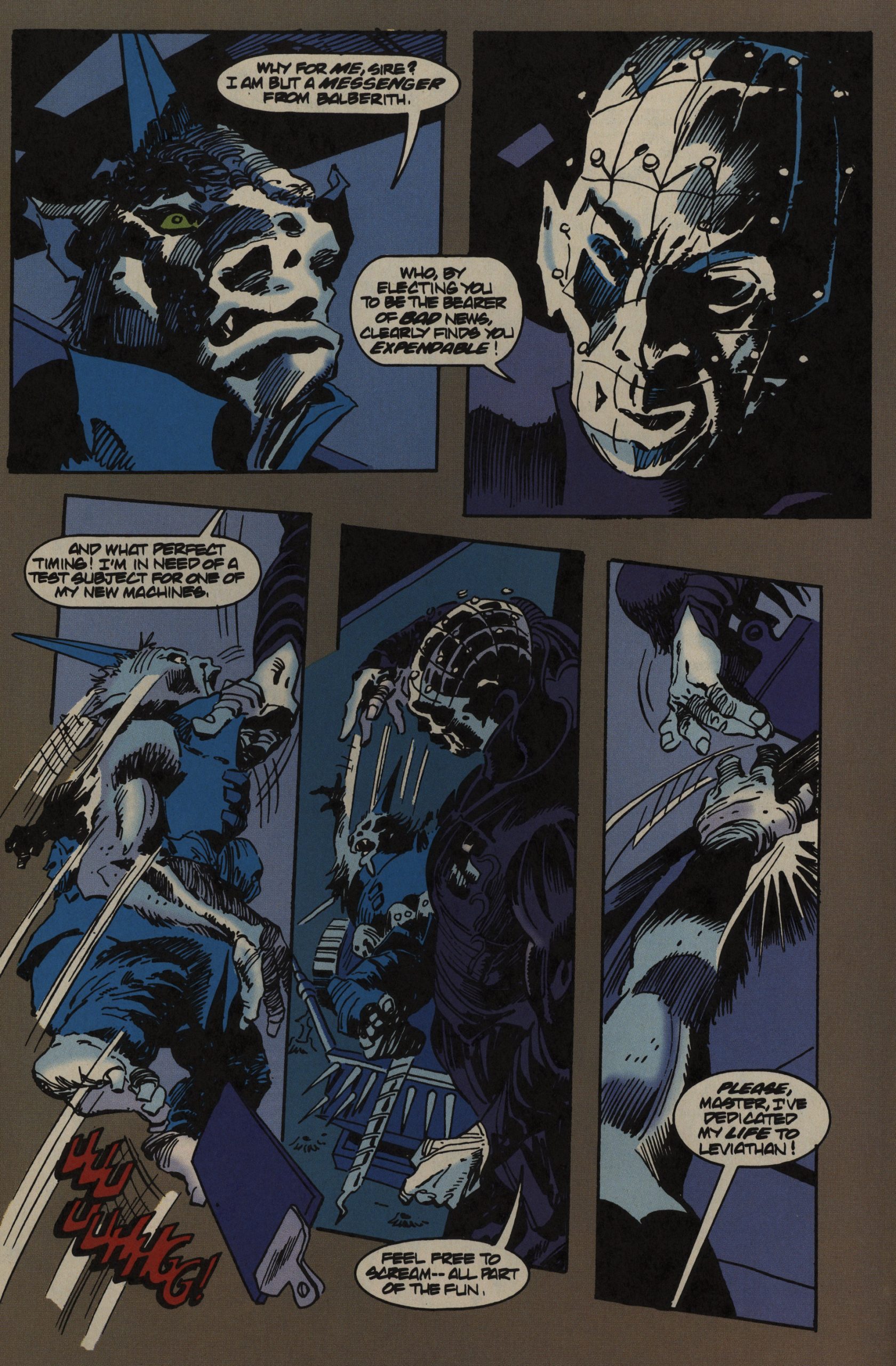 The final two issues feel rather abrupt: It’s not mentioned anywhere that this was supposed to be a mini-series, and it has the feeling of a continuing series. But they do a pretty good ending for the series, while leaving things open for a continuation.

This isn’t really worth reading, though, but I do like me some Gene Colan. Even when he’s not got the most sympathetic inkers. 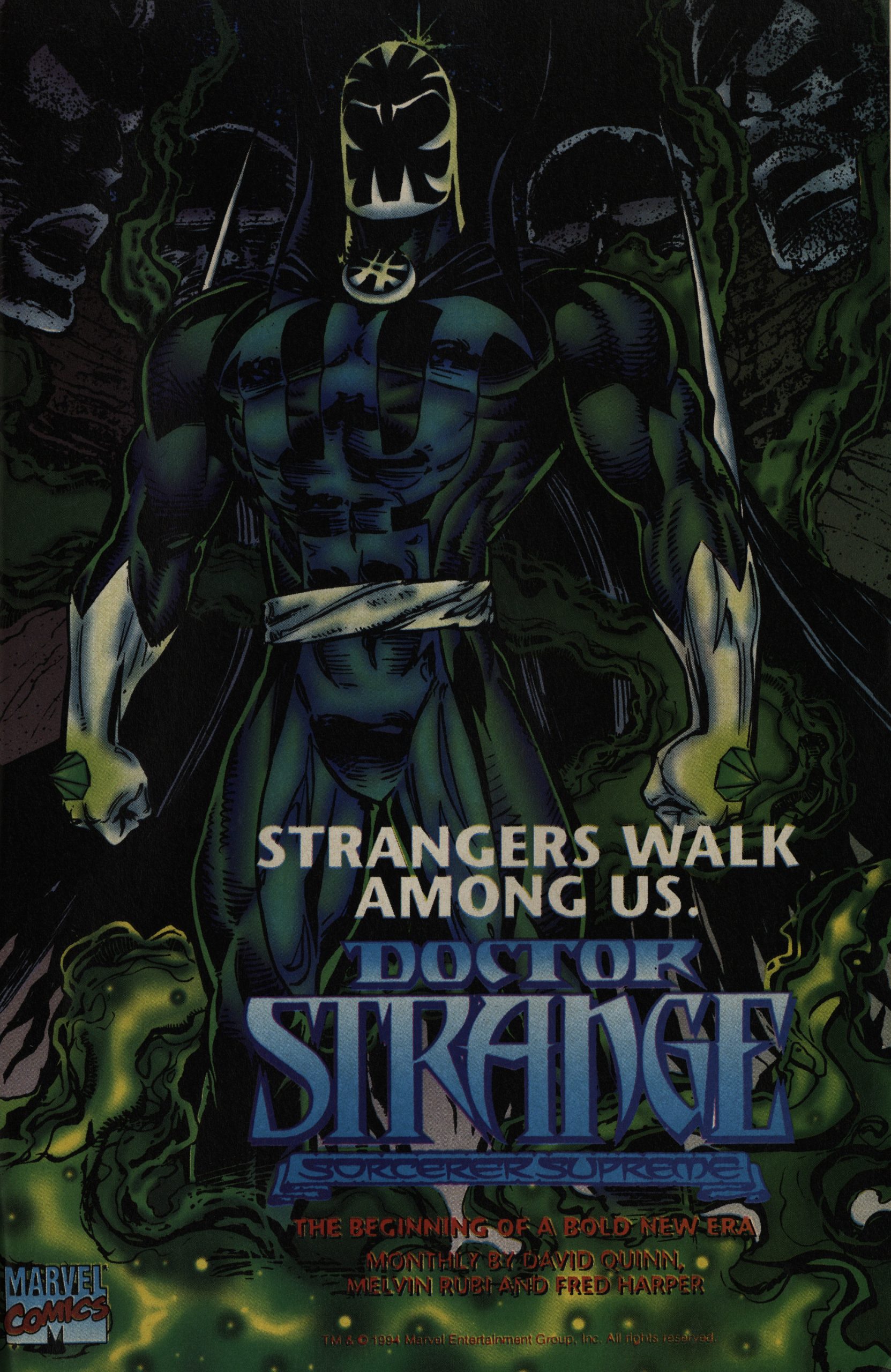 Heh. Was that what Doctor Strange looked like in 1994? Oh, Image Comics, what thou did wroughtest.

I’m unable to find any reviews of this book on the webs, but here’s a mention:

The franchise imploded in the mid-90s when every wannabe Marvel franchise imploded: they were pushing out tons and tons of spin-offs with no particular audience in mind, all of which floundered and eventually destroyed any remaining support for the core title. Towards the end, they even had a Code-friendly Hellraiser spin-off, The Harrowers, aimed at the newsstand market, with pencils by Gene Colan. Tell me that was in any way shape or form a remotely good idea.