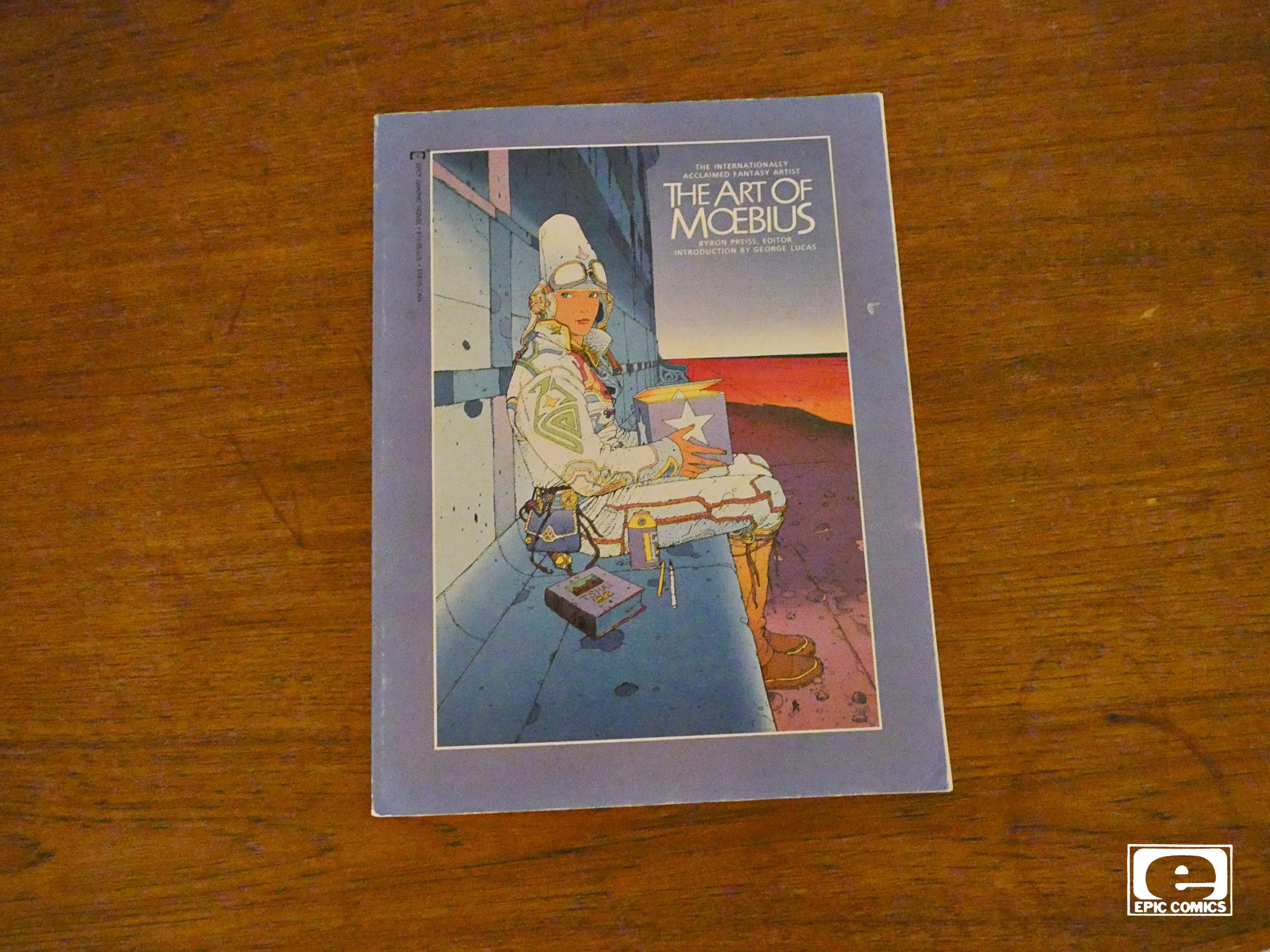 After publishing the first six Moebius collections, and the Incal series, Epic turned into a little Moebius publication factory. I’m not sure how many Moebius-related things they ended up with publishing, but I’m guessing about a dozen? We’ll cover them all in this blog series, but this post is about the Moebius art books. 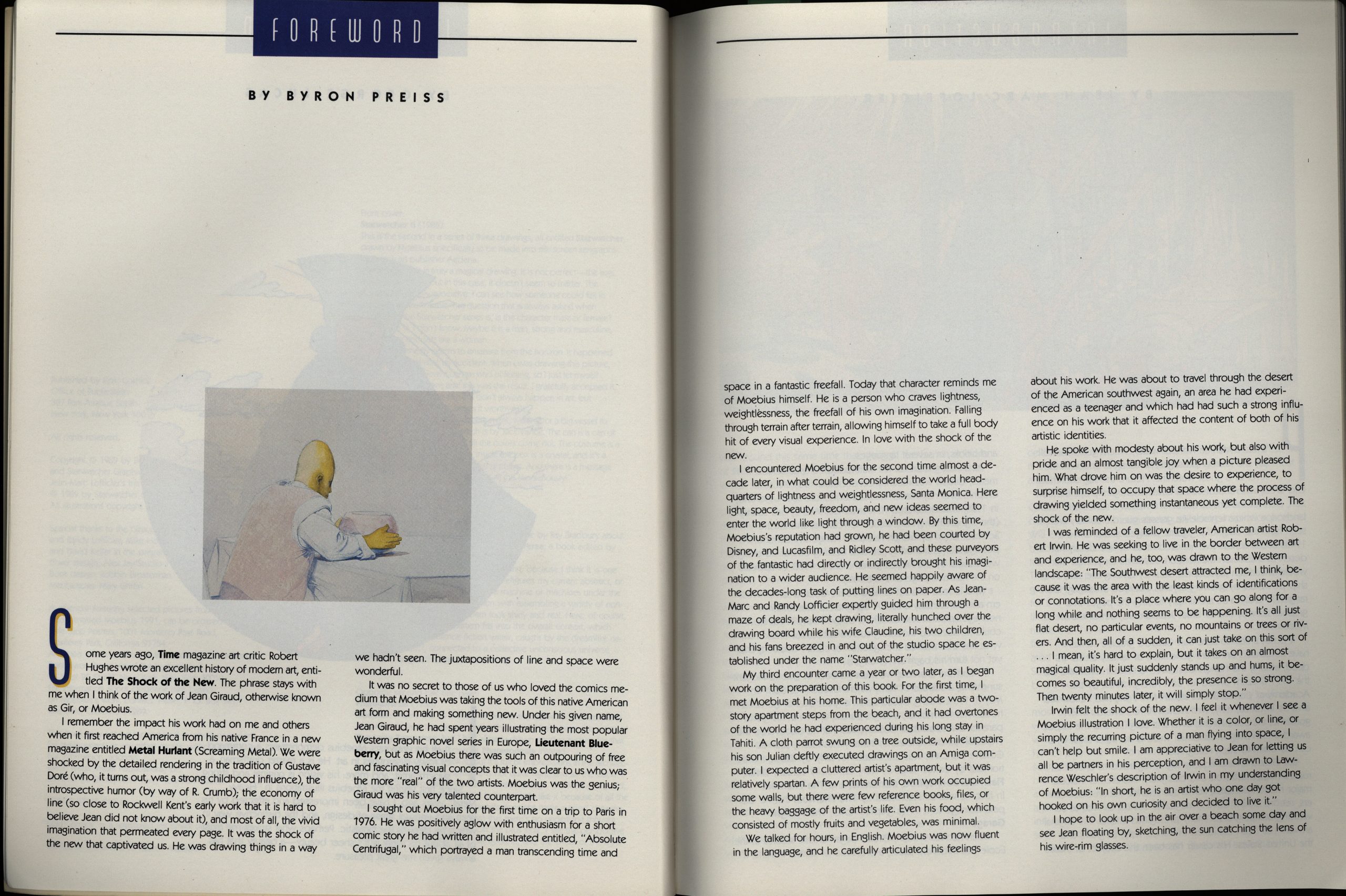 The first one, simply called The Art of Moebius, is in the same format as the Moebius albums Epic had already published, which makes sense. Somehow Byron Preiss is involved here: He was an editor and packager of publications that were then usually published by somebody else, but he’d not been involved with any of the previous Moebius things… 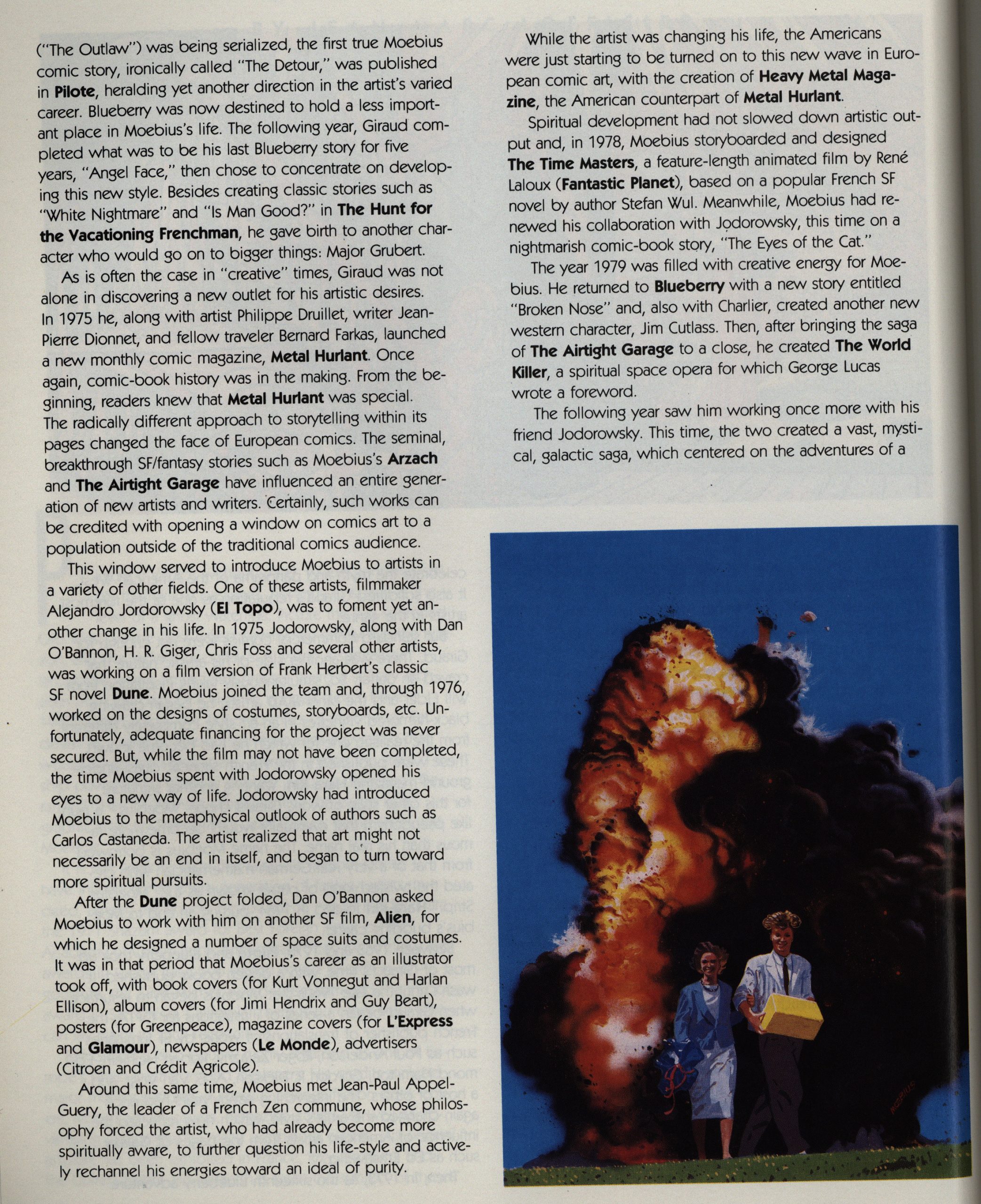 The Lofficiers, on the other hand, were intimately involved, and provide a historical overview. 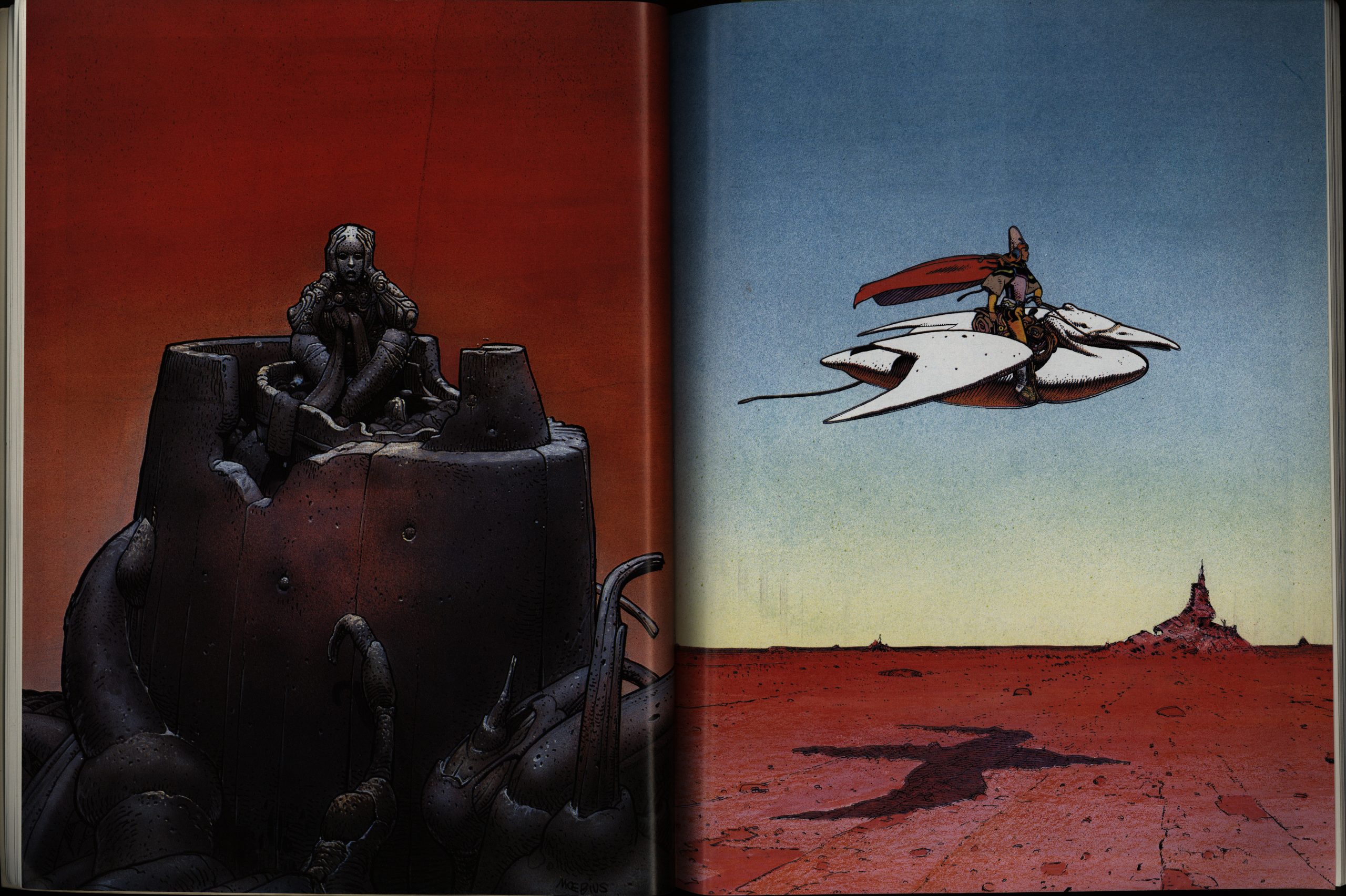 So this book is basically like this: Drawings and paintings beautifully reproduced… 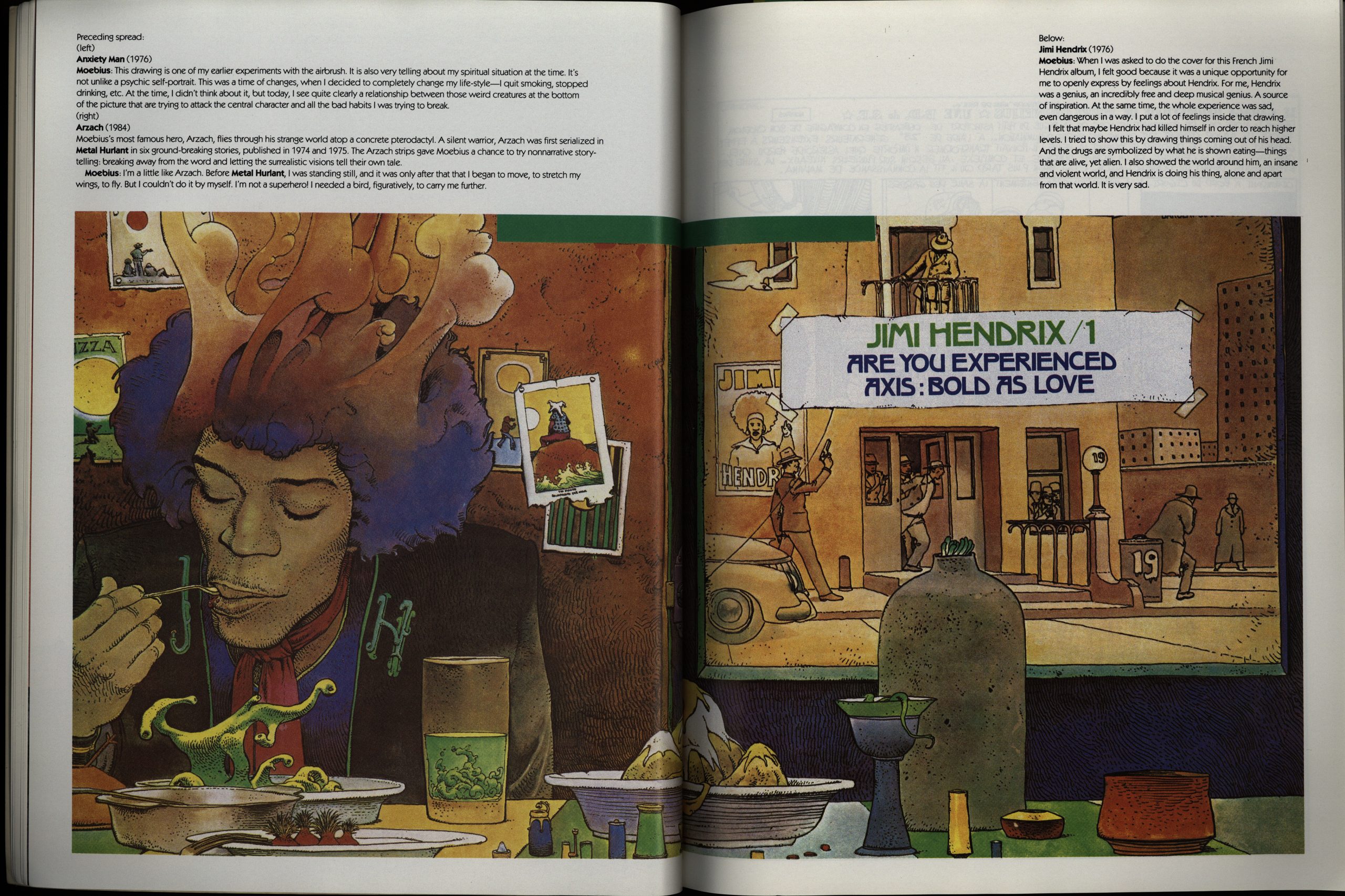 … and then some notes, mostly written by Moebius himself, about what he was trying to do with the piece, and whether it’s successful or not.

I think it’s interesting, but he does perhaps heap more praise upon himself than some people will feel comfortable with. 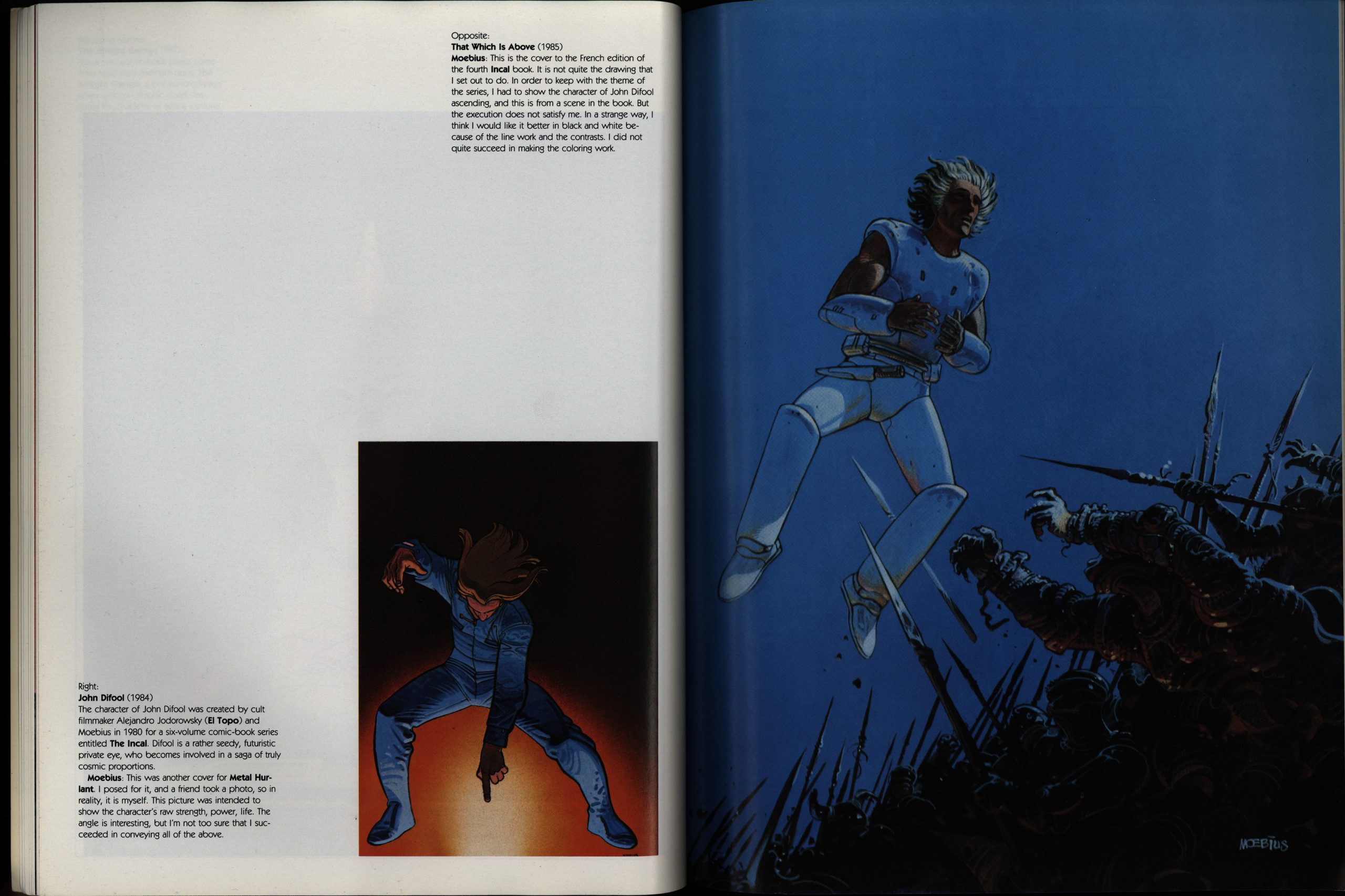 But I find his honesty refreshing, both when he puts his work down and when he thinks it’s a success. 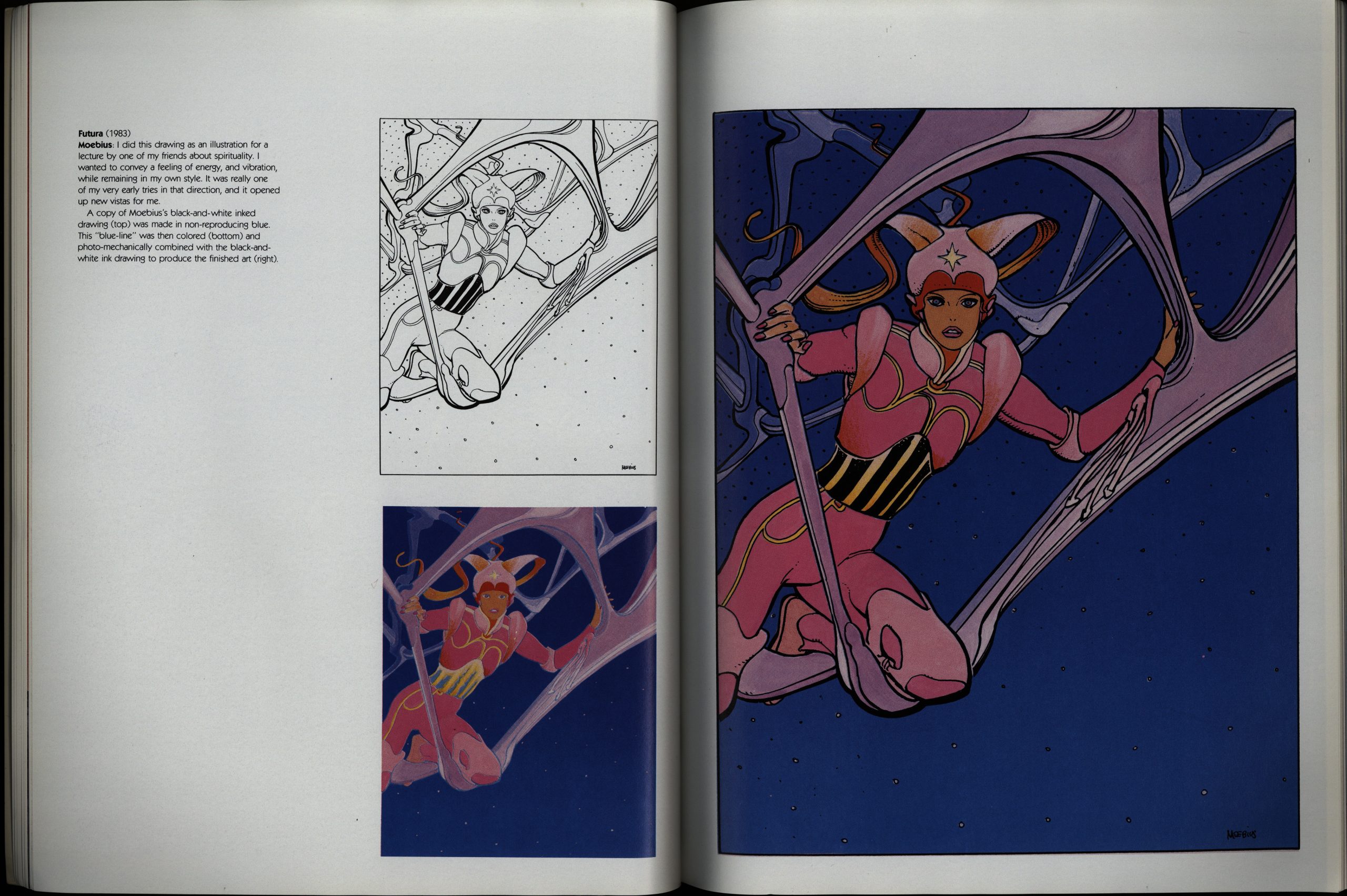 We only get a handful of these process pages, which is a shame. 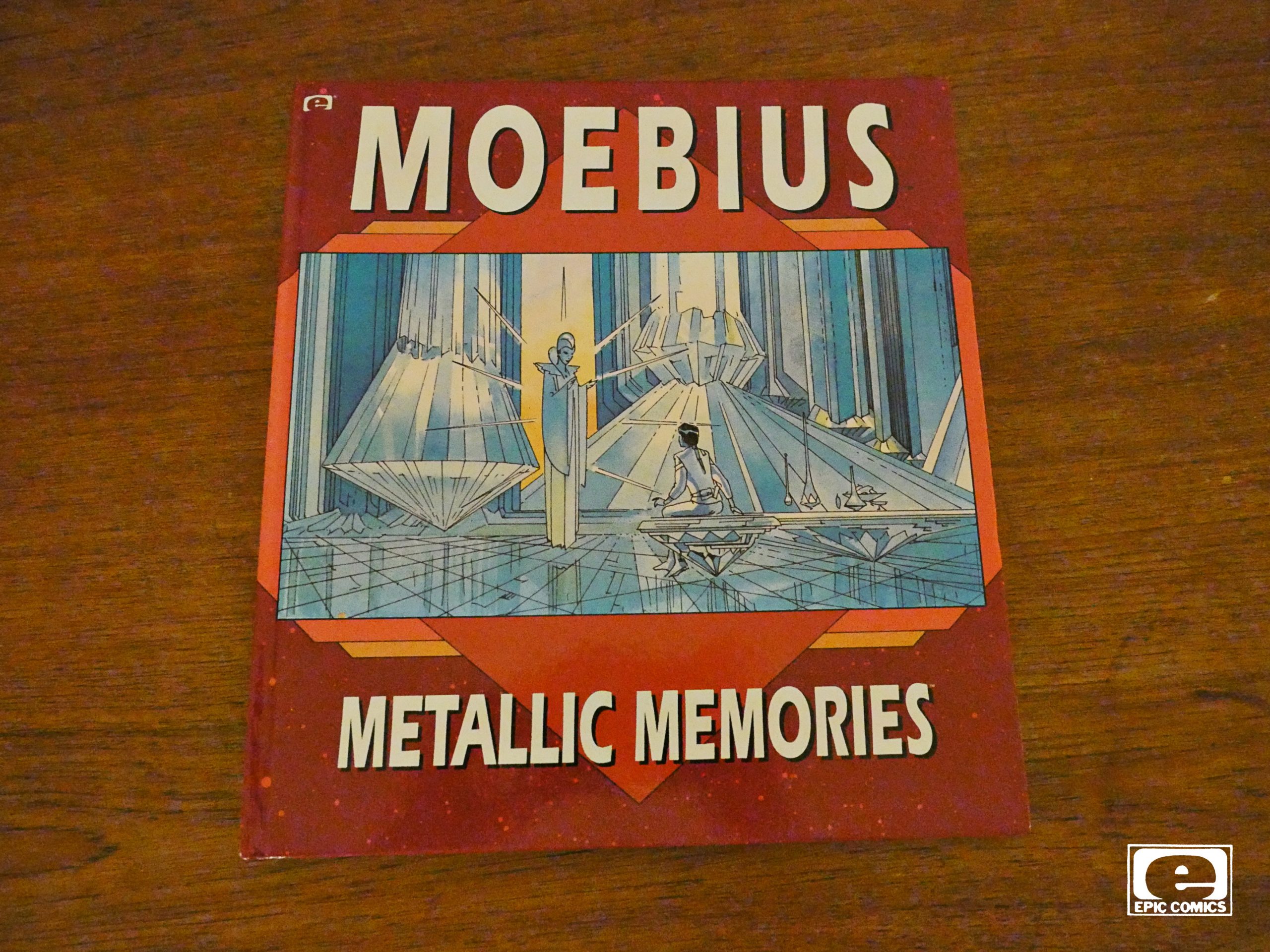 The other two books are published three years later, and are hardback books in an almost square, oversized format. 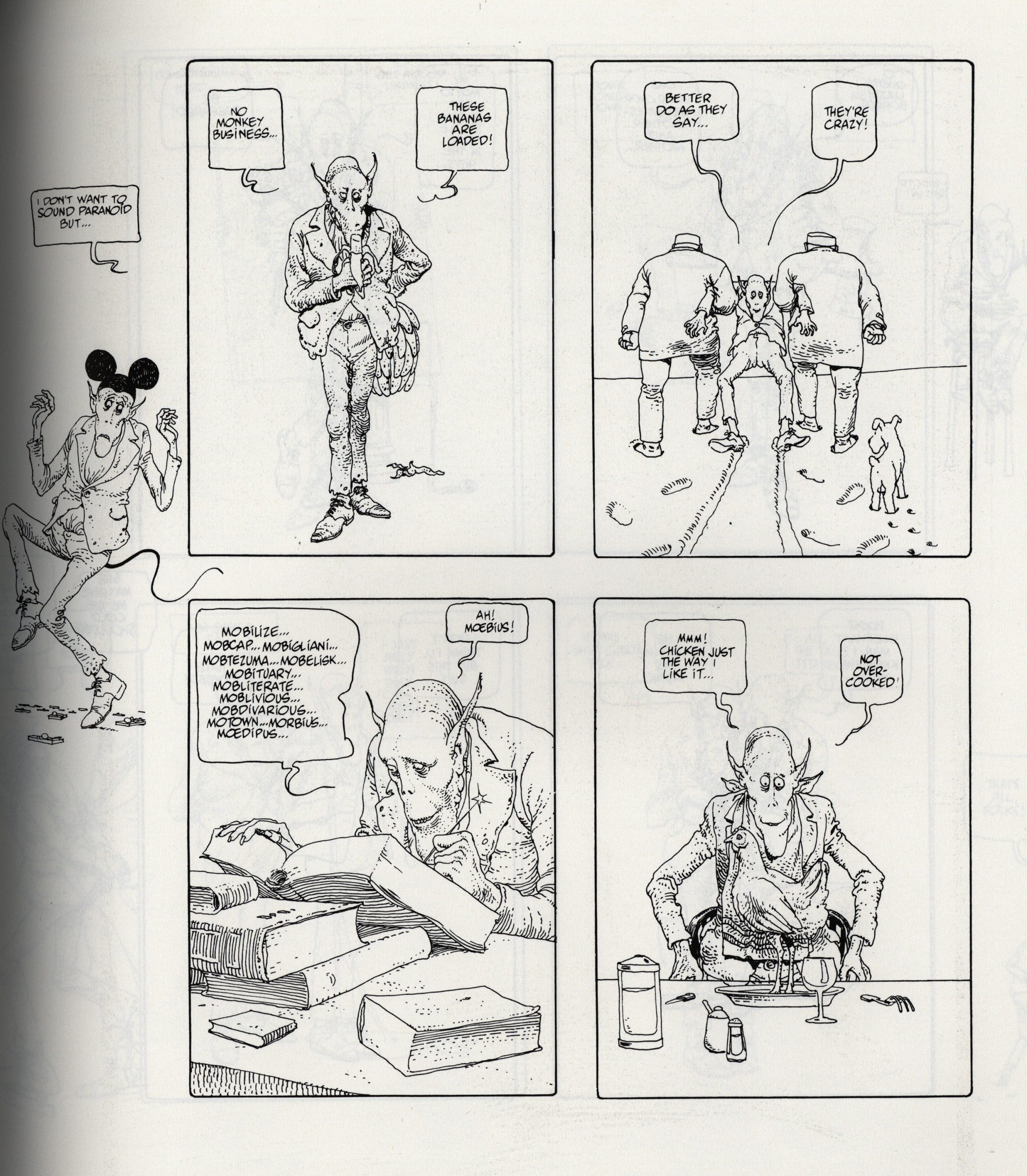 Most of the pages are bits from early in Moebius’ career, so it’s jokey stuff instead of his later cosmic stuff. 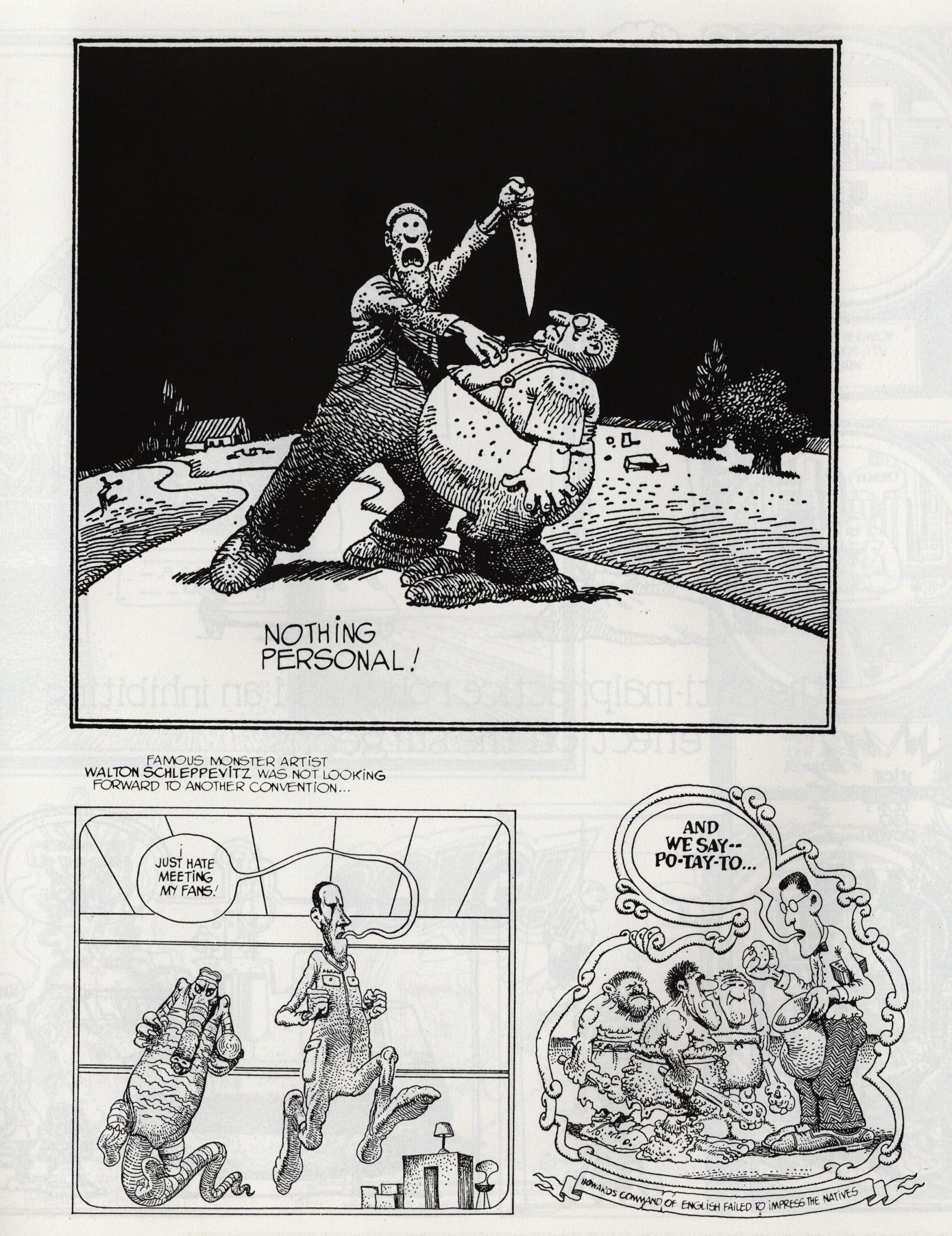 And I didn’t know that he was this influenced by American underground comics (and strips). It’s great. 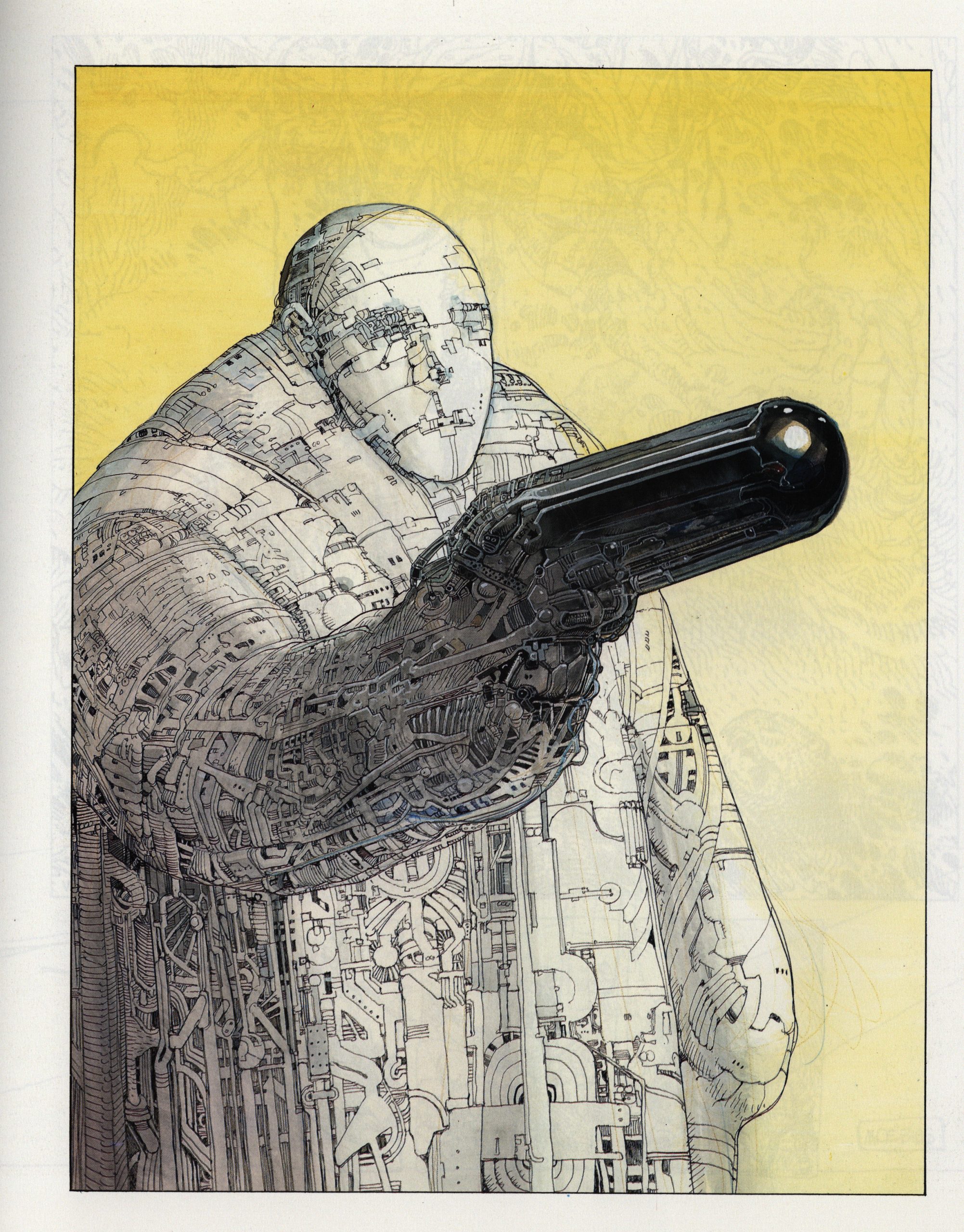 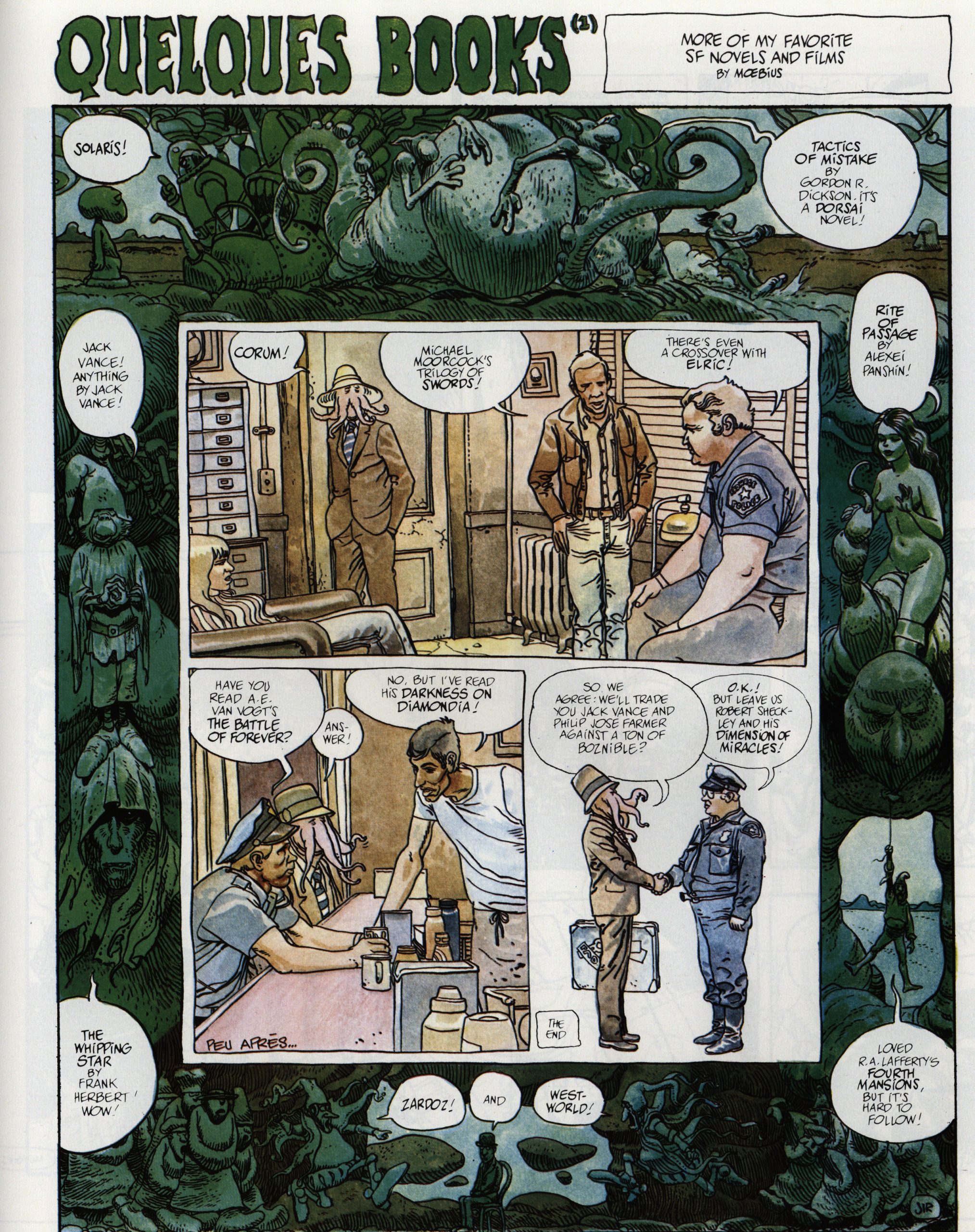 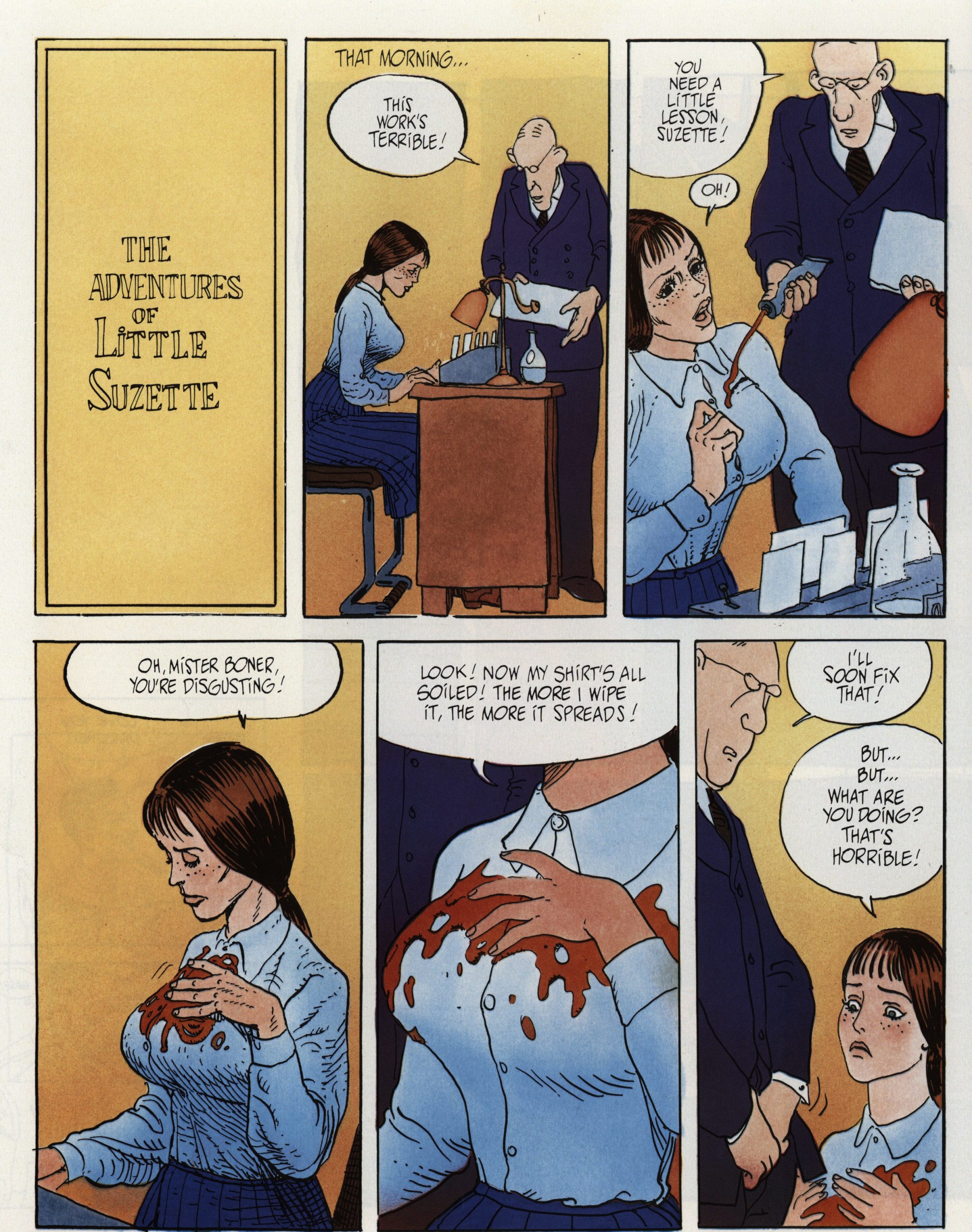 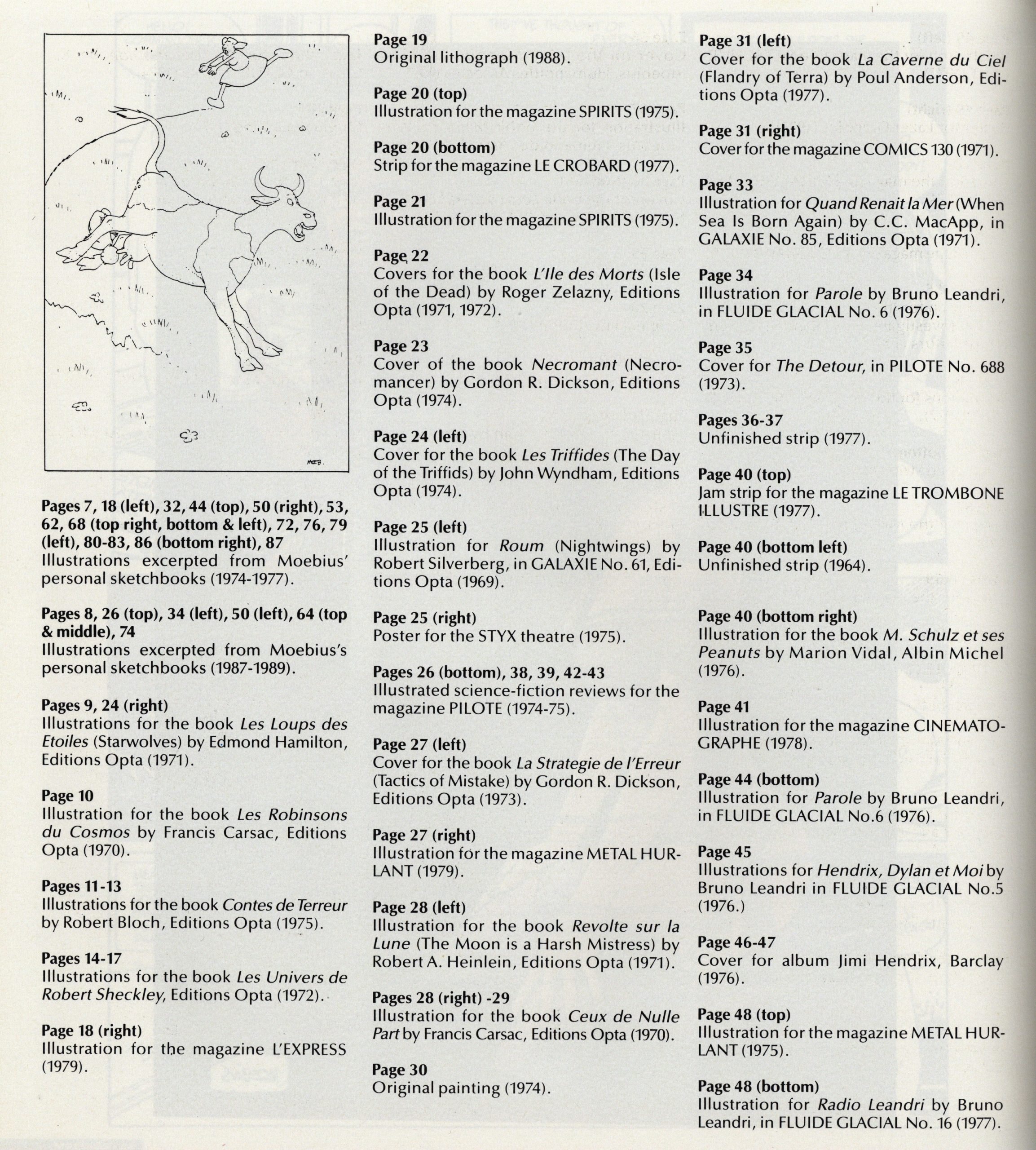 The first book was scrupulously annotated, but this (unfortunately) only has this index. 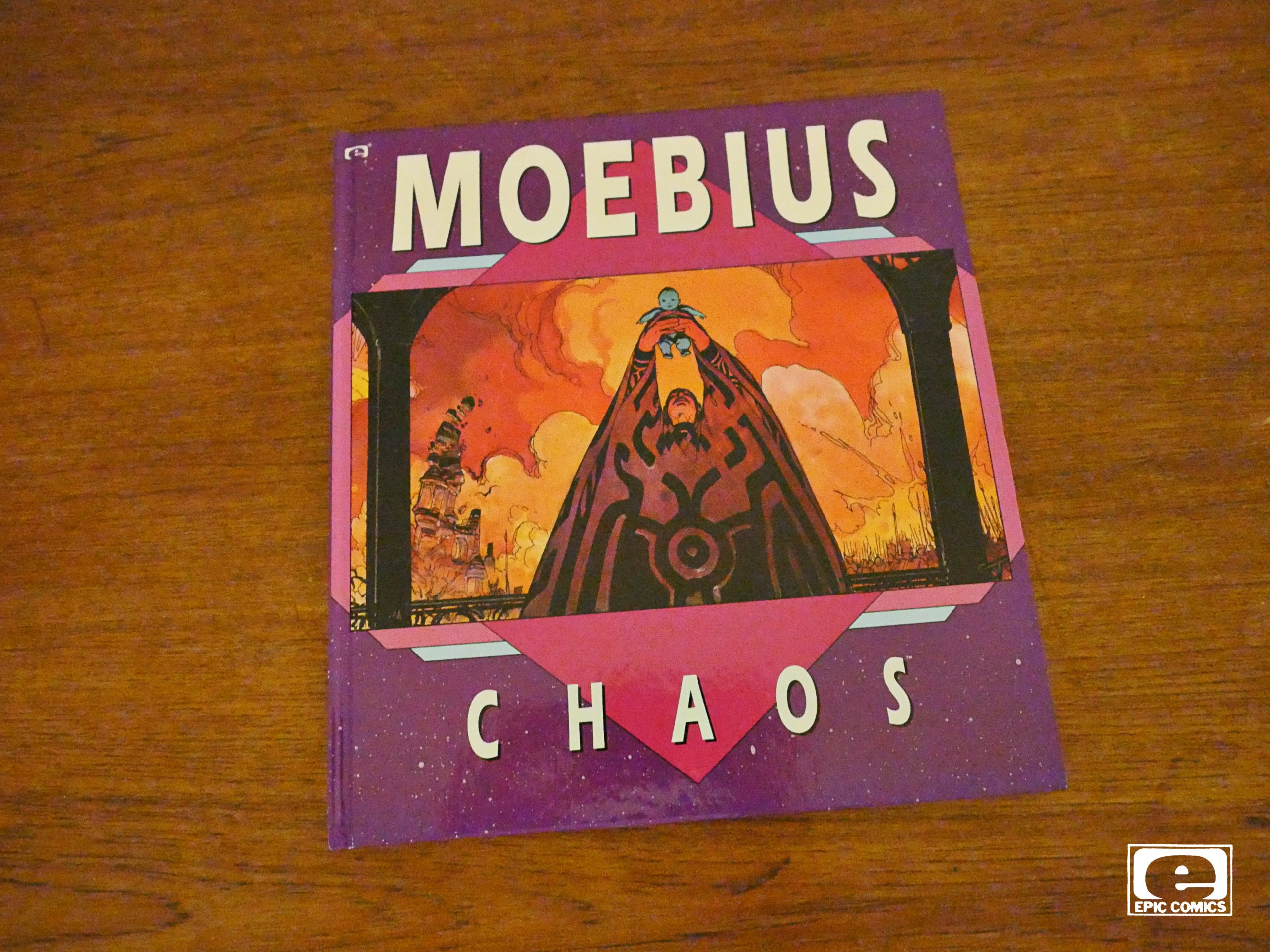 The final book is the weakest one. 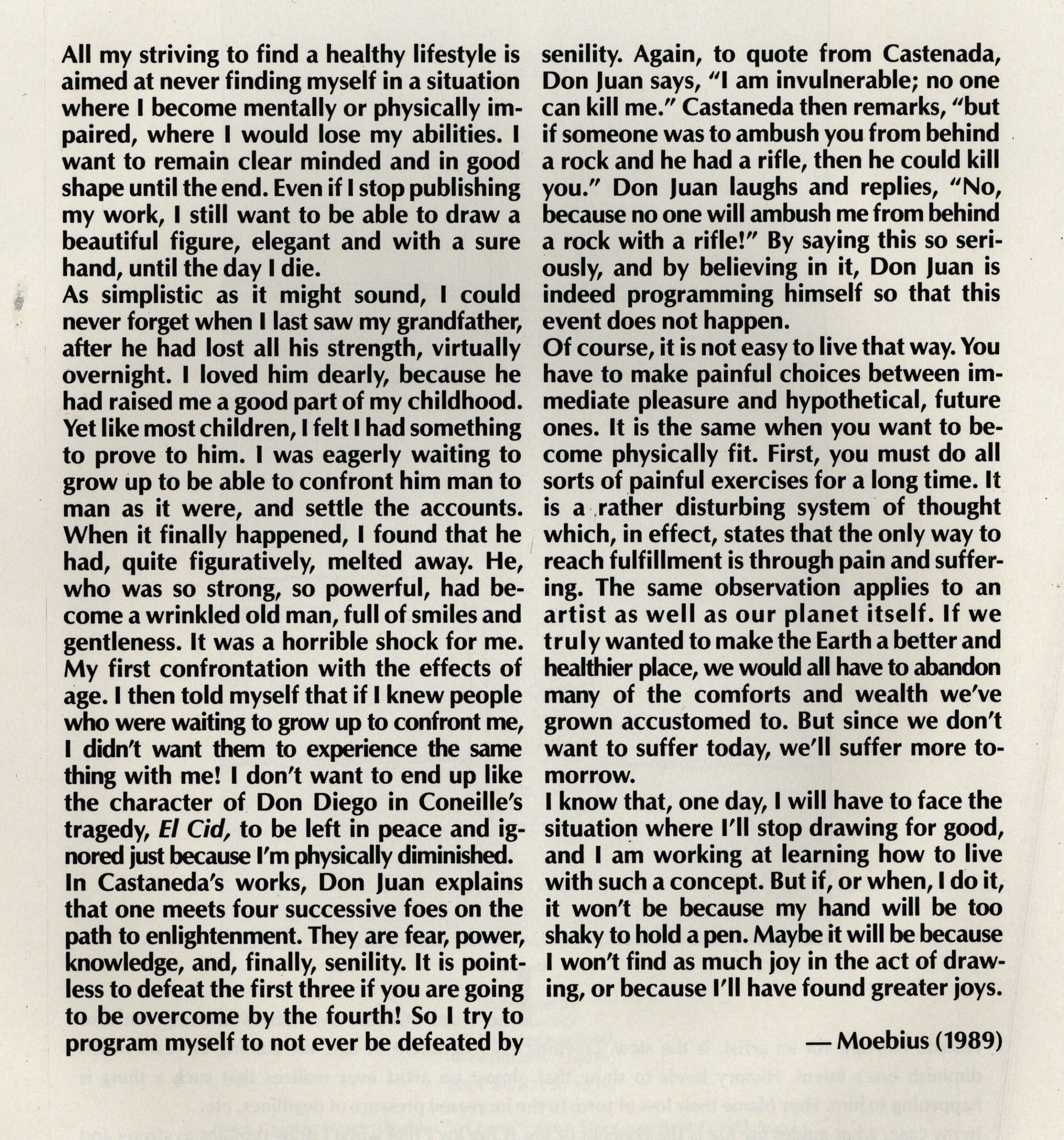 It seems oddly slapdash. I mean, it’s a good-looking book, but it’s got oddities like a too-big fond. 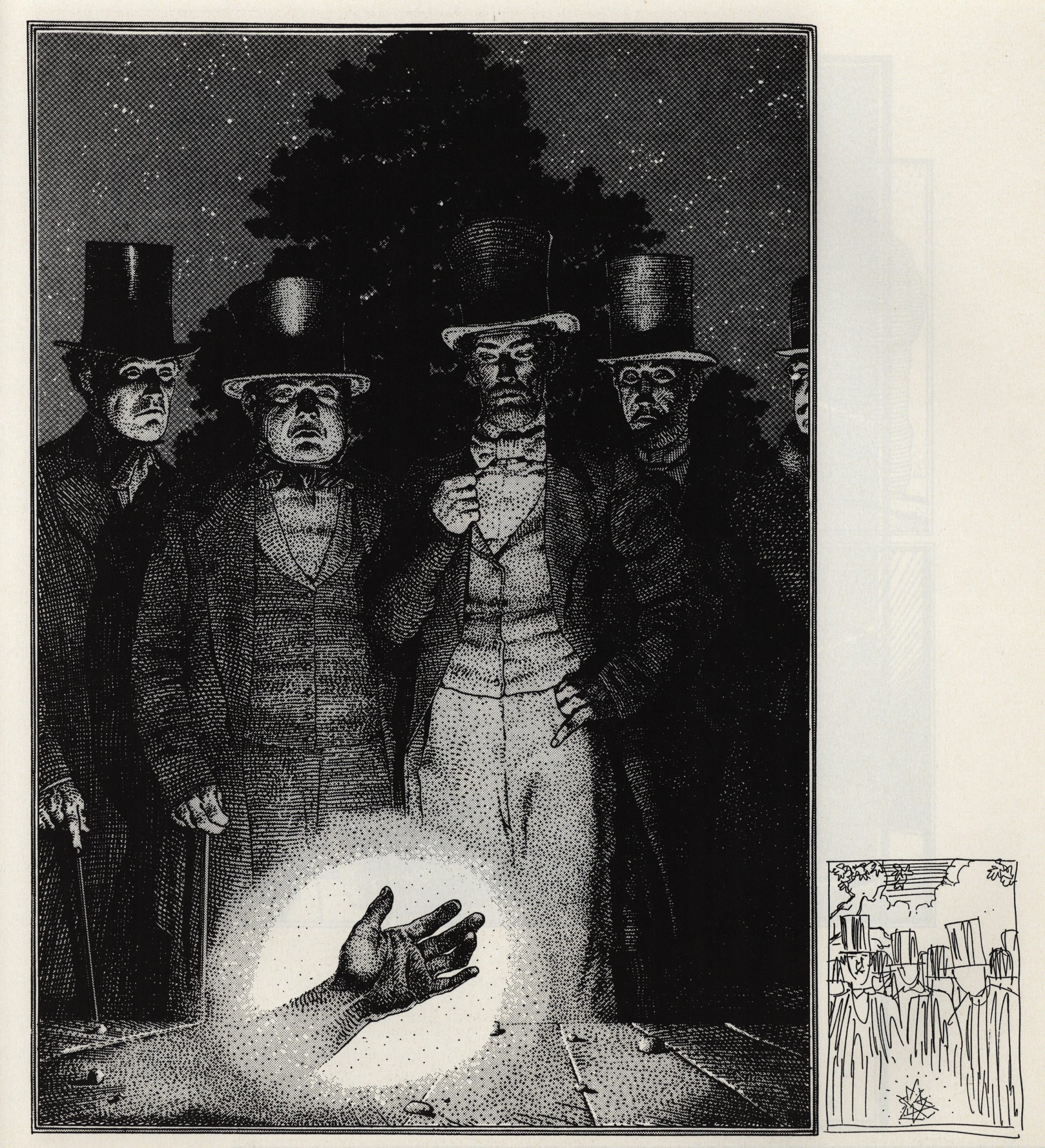 But, you know, there’s also drawing like this, so whatever. 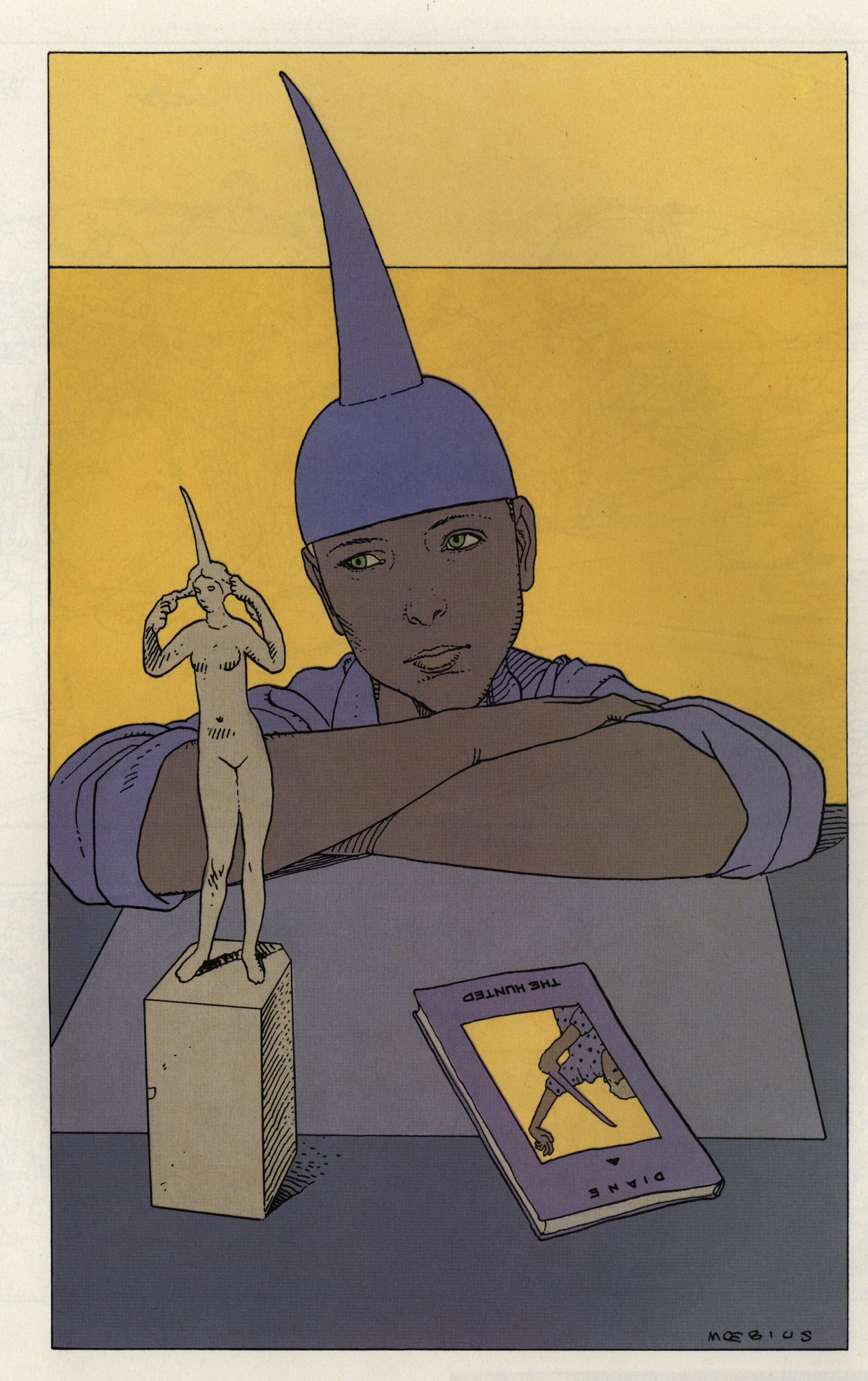 But it’s basically, I think, what was left over from the other two books? 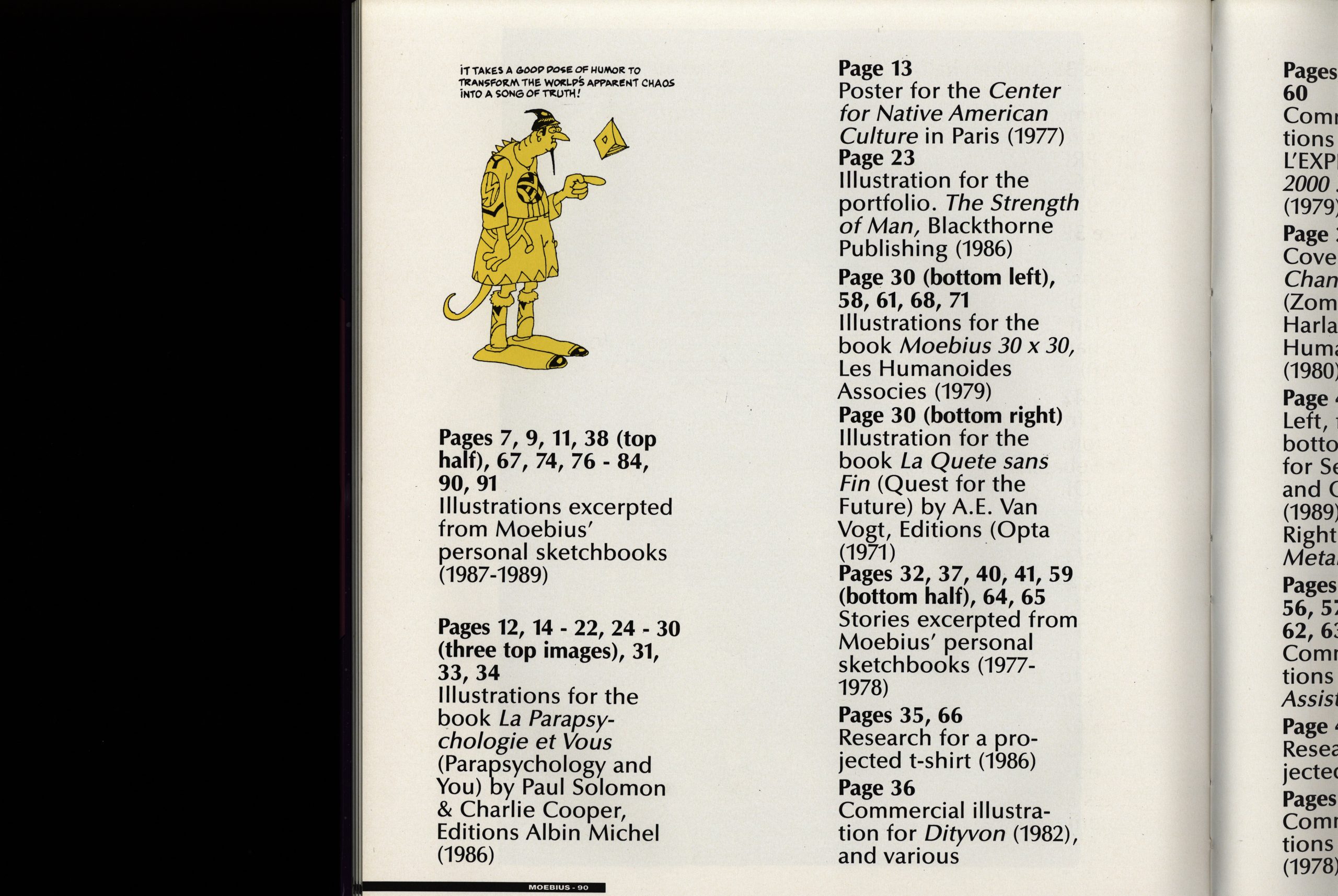 And again with the huge font.

Metallic Memories was on the HIT LIST in The Comics Journal #156, page 104

Of all the uorld•class cartoonists, Moebius may be
the most playfully eclectic. This quality may have its
occasional drawbacks (his narratives sometimes nun-
der and stagnate as he follows his whims. and some
of his longer works feature distracting stylistic fluc-
-tuations), but it has done his work as an illustrator
nothing but good. as this handsome 96-page hardcover
collection prwes.
Despite an unappealing, inappropriately cyber-
punk-ish title and a bland cover (crystals again?),
Merallic Memories is a delightful Odds and Sods-
type compilation offillustrations. short and/or aborted
strips. sketchb«’k dcx»dlings, and plain old farting
around that ranges from 1970 to yesterday afternmn.
Starwatcher Graphics’ Jean-Marc atwi Randy Lofficier
have done their usual thorough job, as evidenced by
the meticulous source listings in the back. Some of
their contributions, such as their creative translations
Of puns and non-sequiturs, are downright inspired.
Metallic Memories also offers some clues as to why
the only cartoonist to have
made significant inroads into American comics: his
work is saturated with our pop culture. This volume
alone includes many illustrations and covers for SF
books by Hamilton, Z*lazny, Bloch. VOnnegut, and
of course, Dick; a Jimi Hendrix album cover; •70s
illustrated reviews of SF books from the magazine
Pilote; and a transcendent Peanuts tribute. (And what
is Blueberry, really. but John Ford plus Milton Caniff
with a ’60s sheen?) In a sense, Moebius has become
the first global cartoonist. arul Metallic Memories is
a consistently enthralling jaunt through his world(s).

I don’t think any of these have been reprinted, but there’s been a bunch of Moebius art books lately, so I’m guessing they’d recycle a lot of the material.