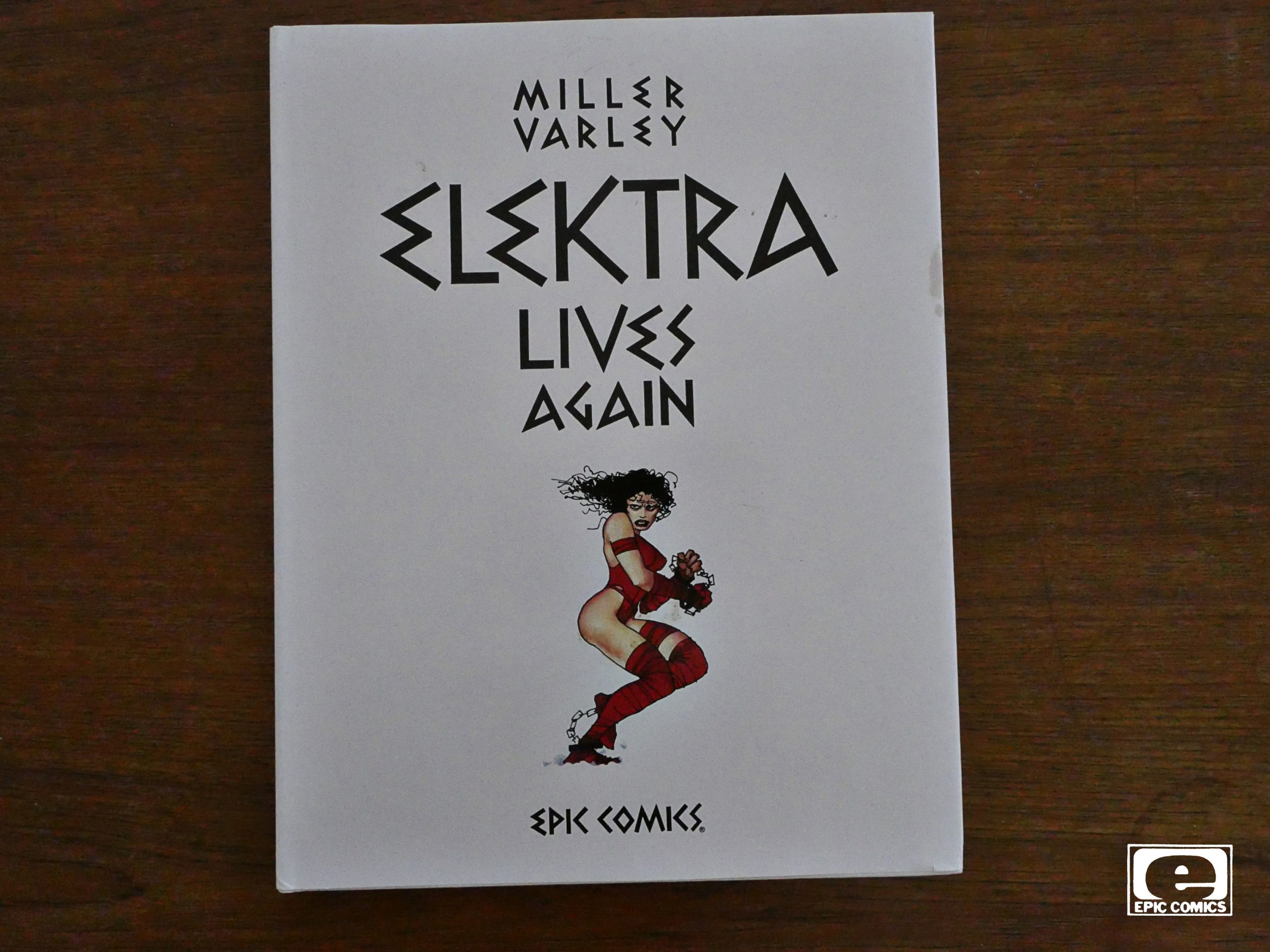 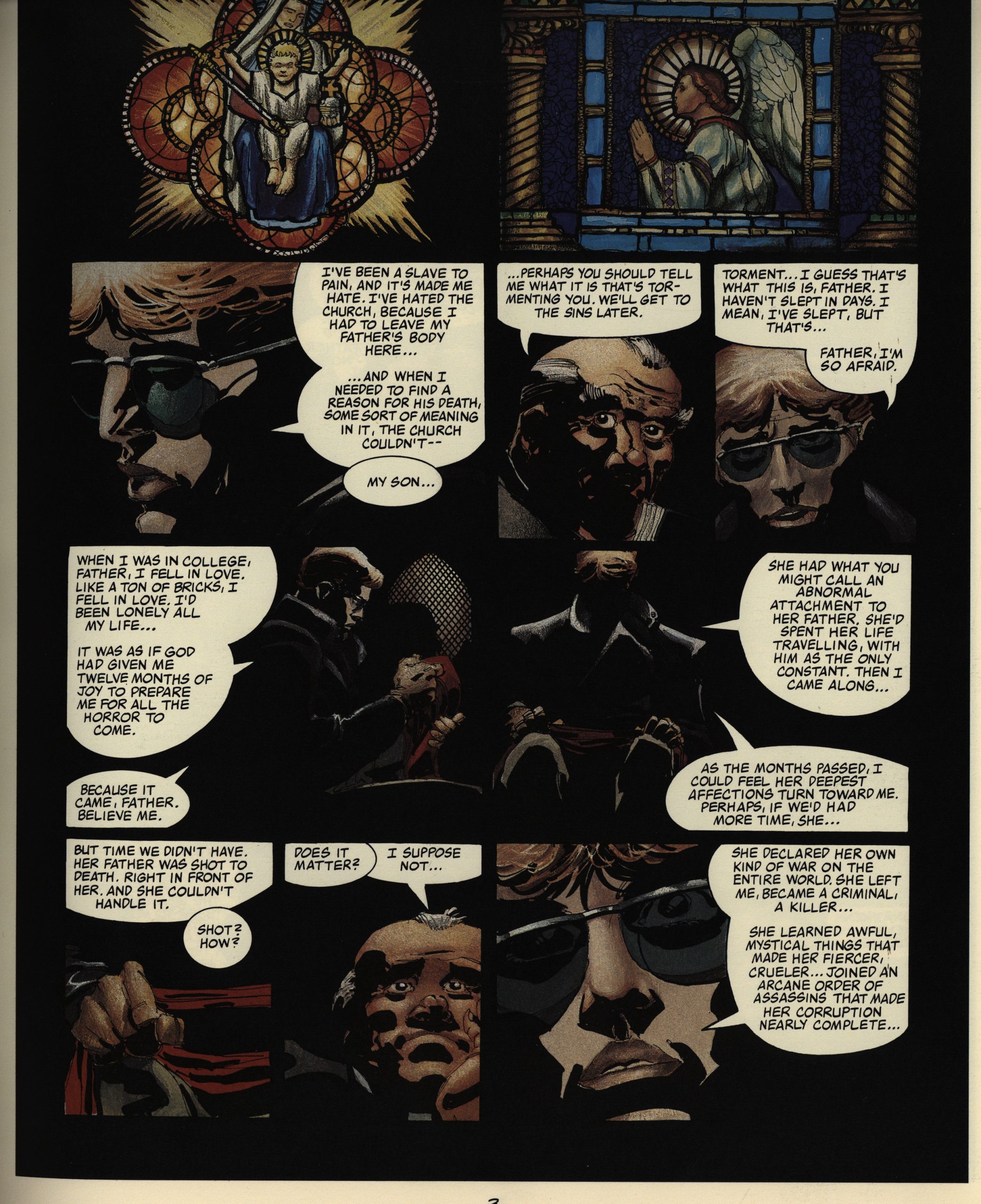 Frank Miller famously killed off Elektra in the early 80s in the pages of Daredevil. (Recap above, cleverly disguised as a confession.) 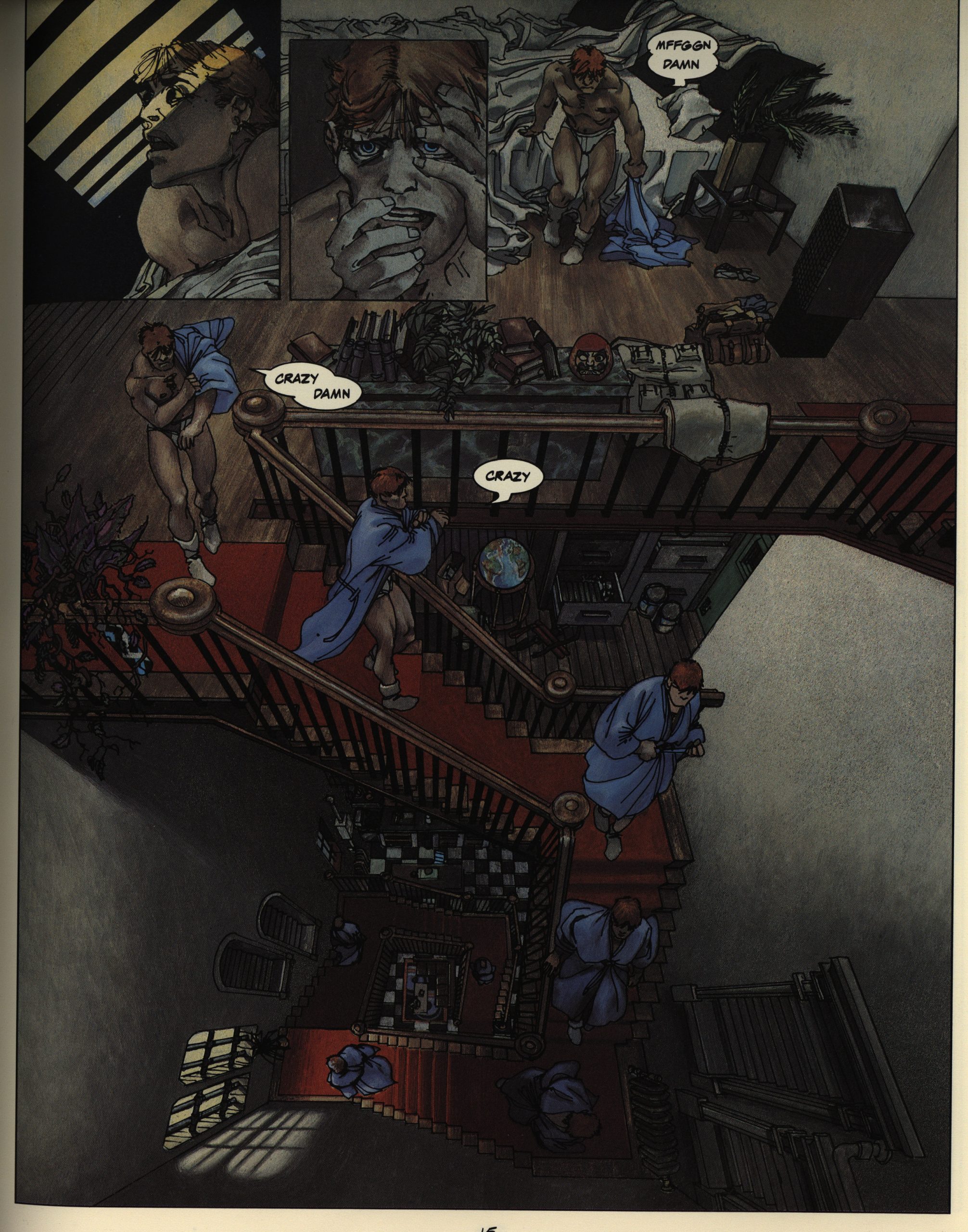 I’ve got the Graffiti edition of this album here, and it’s very handsome indeed. It’s printed slightly oversized from normal album size, and the format fits the images well. 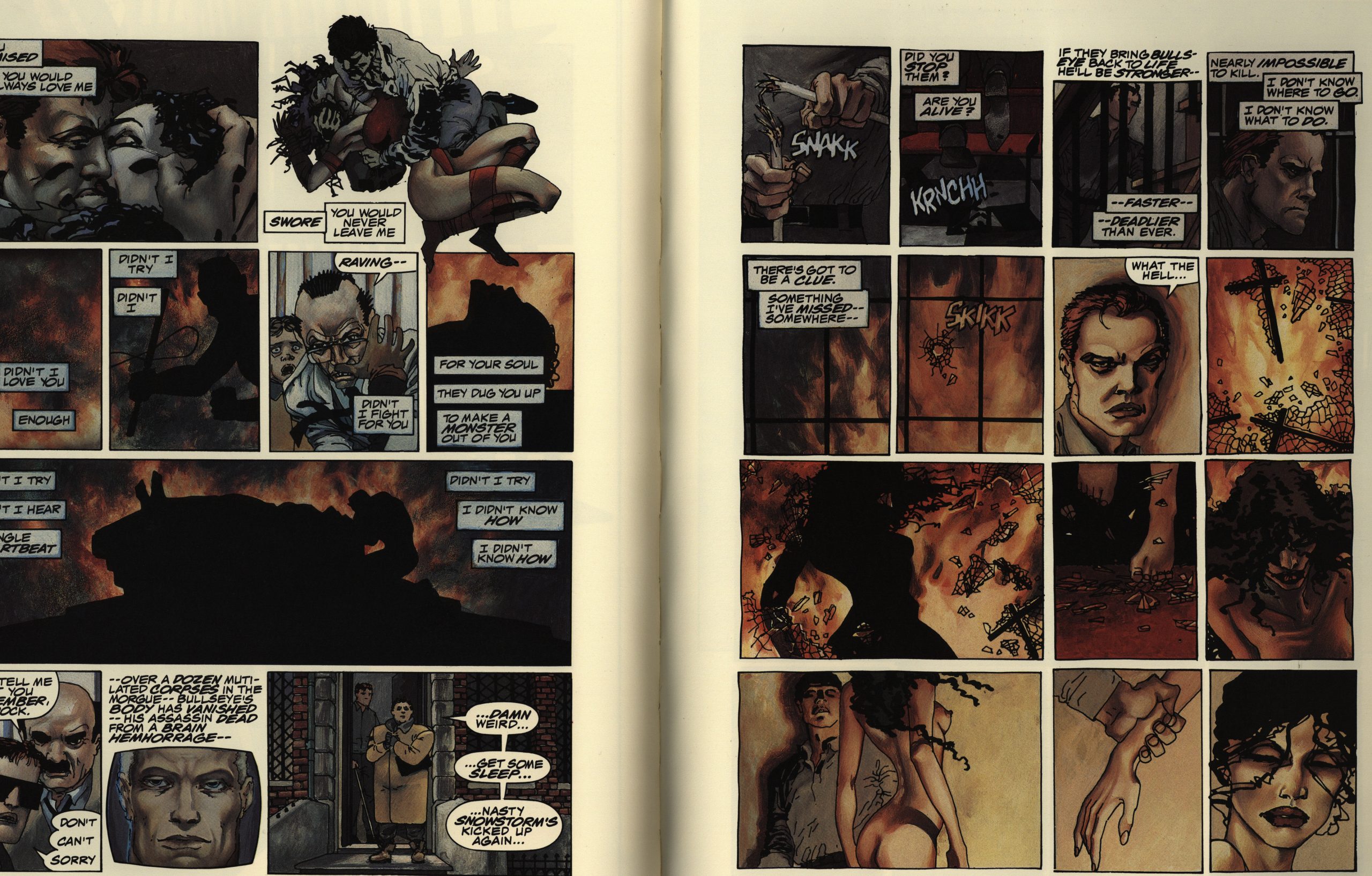 The storyline is… uhm… OK, spoilers:

I guess Miller had gotten a lot of requests over the years to resurrect the Elektra character. After all, in super-hero comics, nobody stays dead. And the villains here even routinely brought people back from the dead, so it seemed like a logical thing to do.

However, this book reads like it’s a “no, never, ever” kind of thing: It’s somewhat unclear what’s fantasy and what’s reality, but it seems like Elektra is indeed brought back, but then is killed off summarily again, and this time cremated for sure. So no bringing back again!

As such, it reads like a kinda… surly… rearguard action to ensure that nobody else will use the character? They did, anyway.

But, I mean, it’s a brisk read, and the artwork’s interesting, so whatevs.

Quite apart from the detailed mo-
tion is the artistry of design of each
page. Each is used as a unit, enhanc-
ing the meaning with its use of shape,
placement, movement, and color.
Murdock awakes to descend the stairs
in his home. The downward motion,
the details of the house, his annoyed
bleariness in being unable to shake off
a dream are combined with the shift-
ing perspective.
Film could not reproduce this ef-
fect: it is surrealistic and realistic,
echoed later in the crowded, endless
stairwell of the police station. Detail
and texture of the background are
important throughout, even in their
absence: the silent blackness when
Murdock examines the face of the
dead Bullseye, the bright whiteness of
the void in which Murdock and the
agent of the Hand fight a duel of wills.
“Sit down.” “No,” says Murdock,
sitting.
The use and misuse of the will is
the crux of the plot with its control
over life and death.
On each page the use of color is an
extension of the art, bringing texture
and light to the surroundings and
building the detail that expands the
fabric of the narrative. Stained glass
windows, skies, and tiles have mean-
ing, just as do shades of brick, shad-
ows on carpets, the curve of water
pipes or of expressive flesh.
Full of action, this is also a feast for
thought. It is to be enjoyed as much
as to be admired.

The book won “Best Original Graphic Novel” at the Eisners that year.

This article says that the book is mostly forgotten these days:

It’s not a straightforward superhero tale, as Matt Murdock spirals into despair and confusion, wondering if Elektra is really alive or if he can finally let her memory rest in peace.

Ultimately, the book continues in that vein, with plenty of incredible-looking pages -Lynn Varley’s painted colors give almost everything the appearance of wood and stone, even the human figures, and I think the lack of bright colors hurts the immediate appeal of “Elektra Lives Again,” even if the palette matches the themes of the somber story — and it’s half revenge fantasy with the yes-she’s-resurrected Elektra getting back at Bullseye in the most lethal way possible, and half-Boschian-nightmare-of-pleasure-and-pain as Matt Murdock reunites with his beloved only to lose her again, as she dies in his arms.