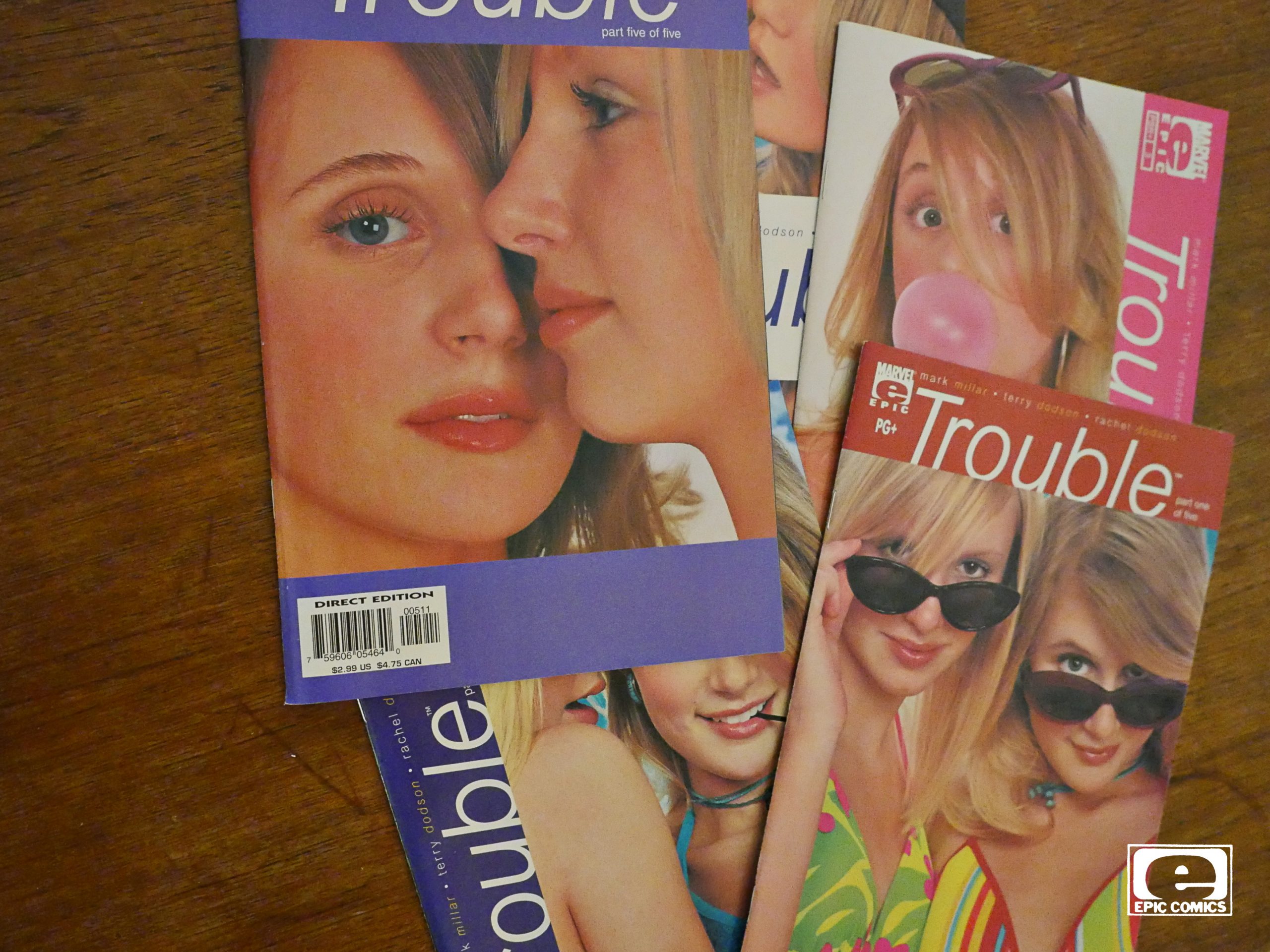 So this is the first series from the new Epic Comics, set up by Marvel in 2003 for reasons unknown. Marvel owns the copyrights on these comics, but they apparently are supposed to have less editorial oversight by Marvel, and are instead delivered to Marvel as finished pieces. At least that’s the gist I got from the pitch in Marville #7.

The cover of Trouble #1 was published there (that is, the cover image from #1 was), but the series wasn’t mentioned there. But I guess this means that this series had already been accepted by Marvel at that time, so… perhaps this series was the impetus for the imprint? I have no idea; just guessing. 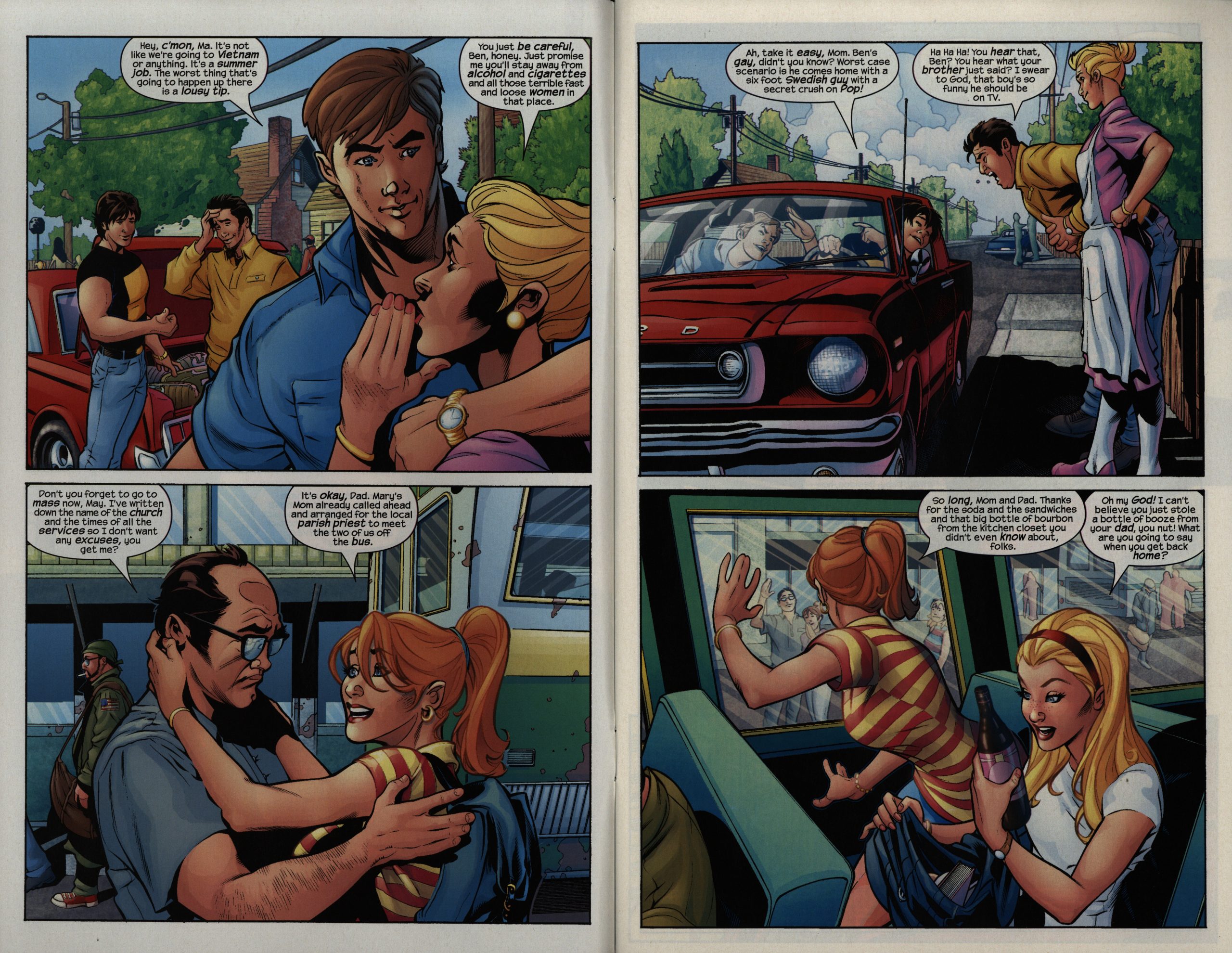 So… this is set in some unspecified “some years ago” time, so I thought they were going for a generic “not now, but earlier” time frame. But then they go on mentioning that Superman sells for 12c, so it’s set in the 60s? According to wikipedia, the 12c era ended in 1969, so…

Do those people look like 60s people to you? The clothes? Hm.

It’s nice of the artists to put in a picture of Mark Millar. 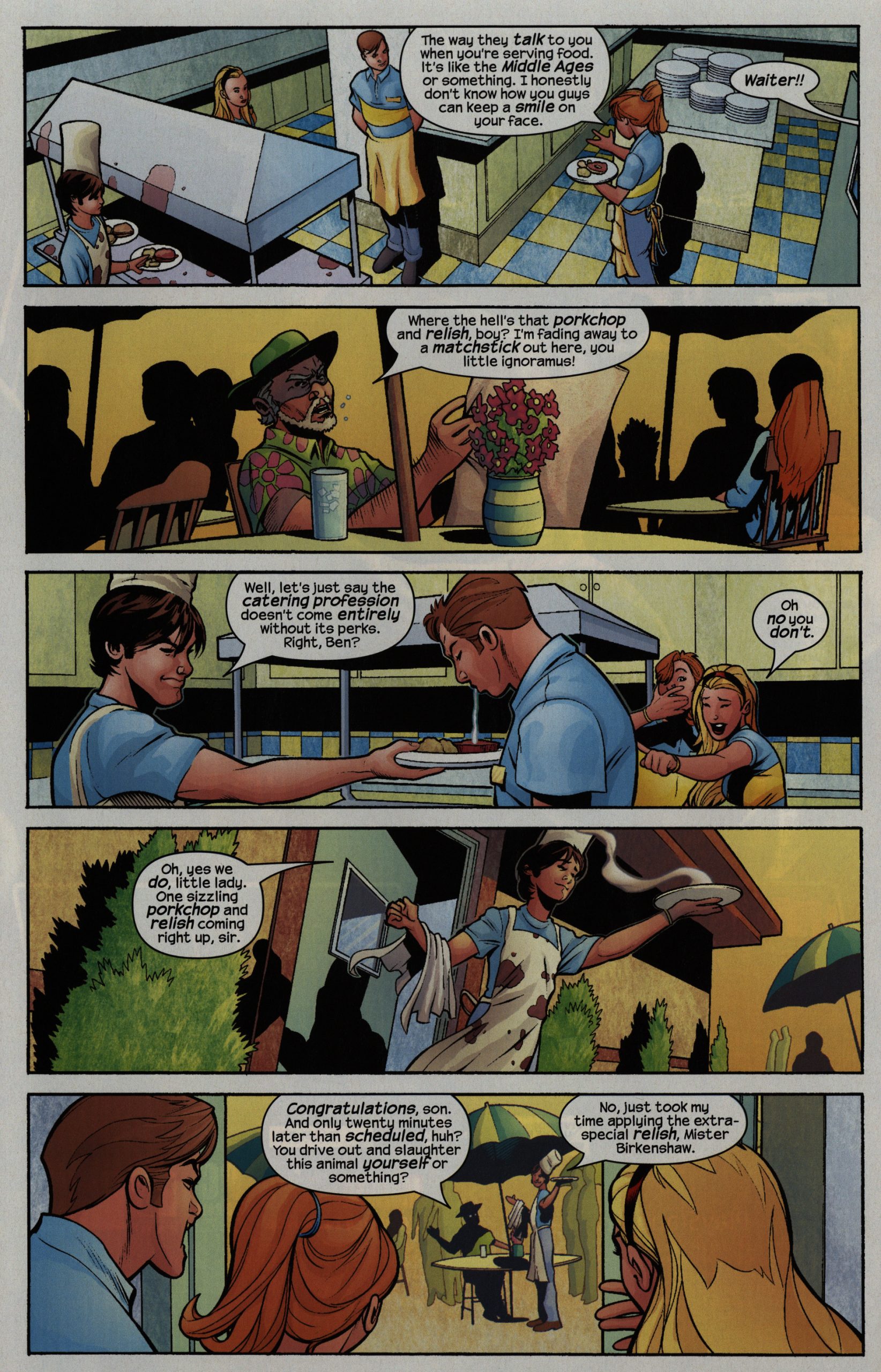 This is basically a romantic slightly comedic standard made-for-TV movie, only on paper. You have these pretty kids (supposed to be 18, but looks like they cast 25-year-olds for the parts, as usual) working in the Hamptons, getting romantically involved, and then there’s complications. It’s a very… er… odd thing for Marvel to publish? I mean, it’s just… There’s not a lot here. Just a repetition of scenes we’ve seen many, many times before. 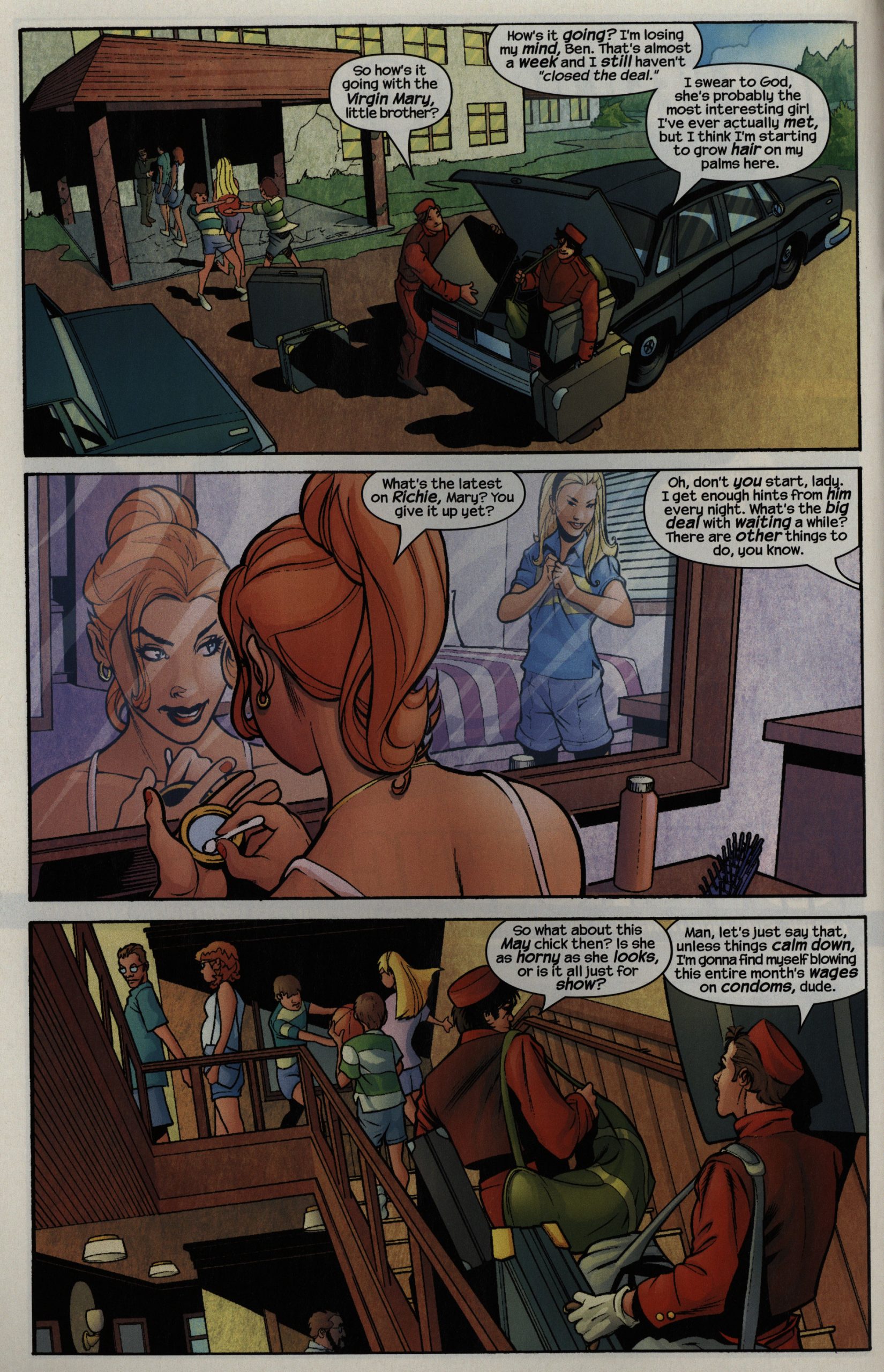 The artwork by the Dodsons is relentlessly pretty. It’s like Archie comics, but modern. My main issue with all this is that I couldn’t tell the characters apart at all. Sure, they have different hair colours (smart move!), but I constantly got May and Mary mixed up, and Ben and… whatsisname. Perhaps it would have helped if they’d gotten some personality. 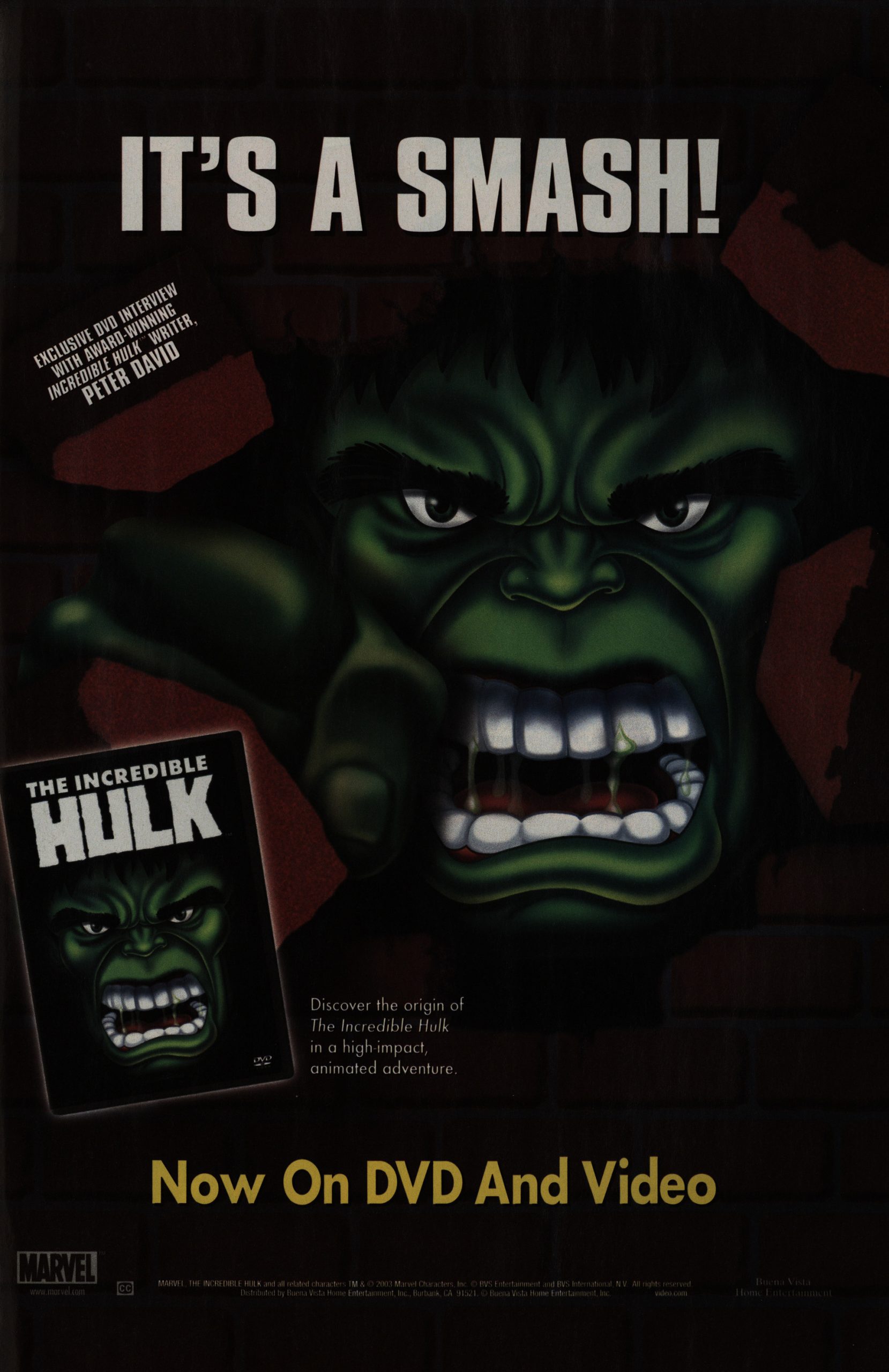 There’s lots and lots of ads in these books, and over half of them involve The Hulk. There’d just been a pretty successful movie around this time, right? So here you can buy a DVD “and video” featuring… an interview… with Peter David. 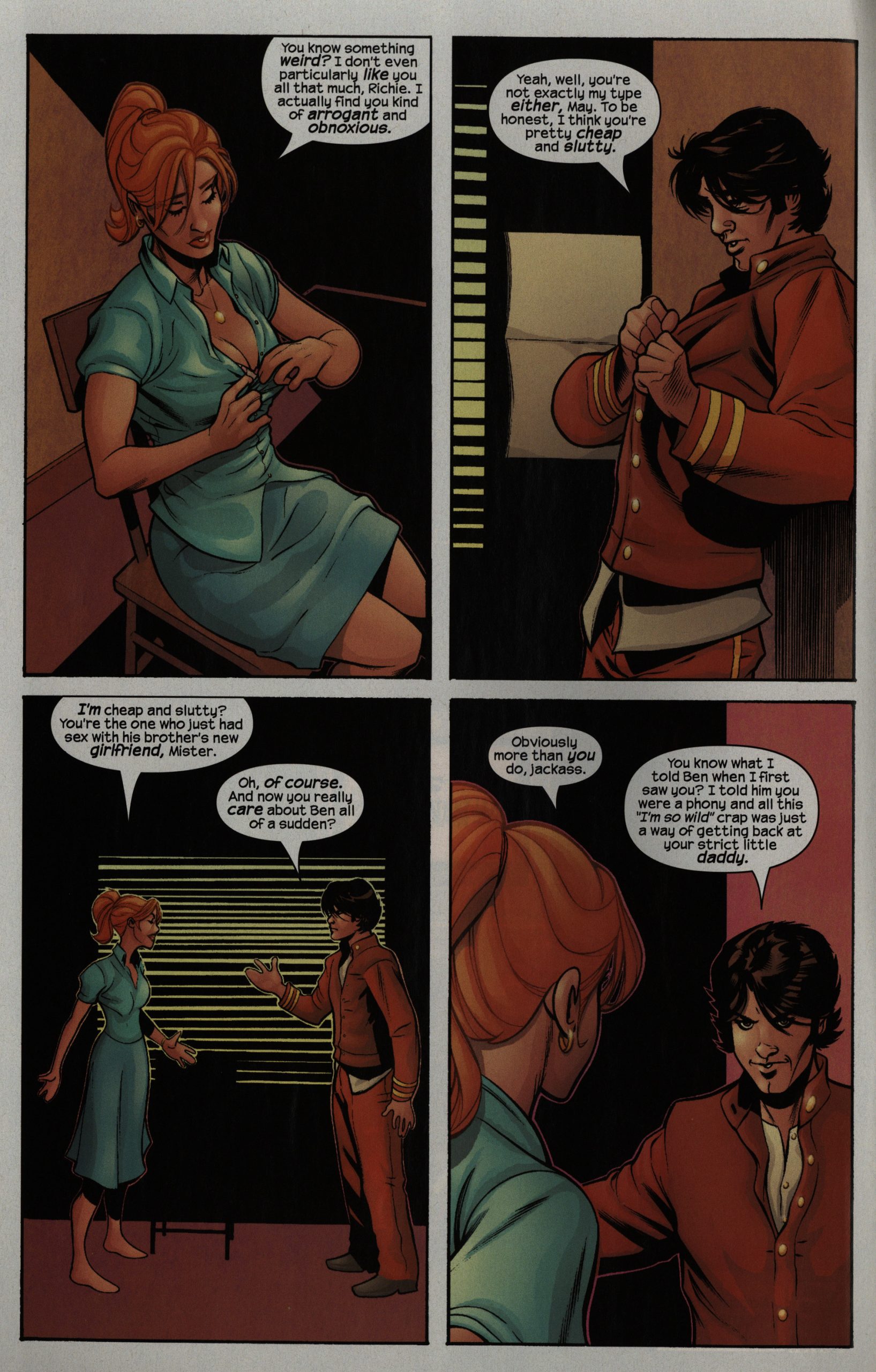 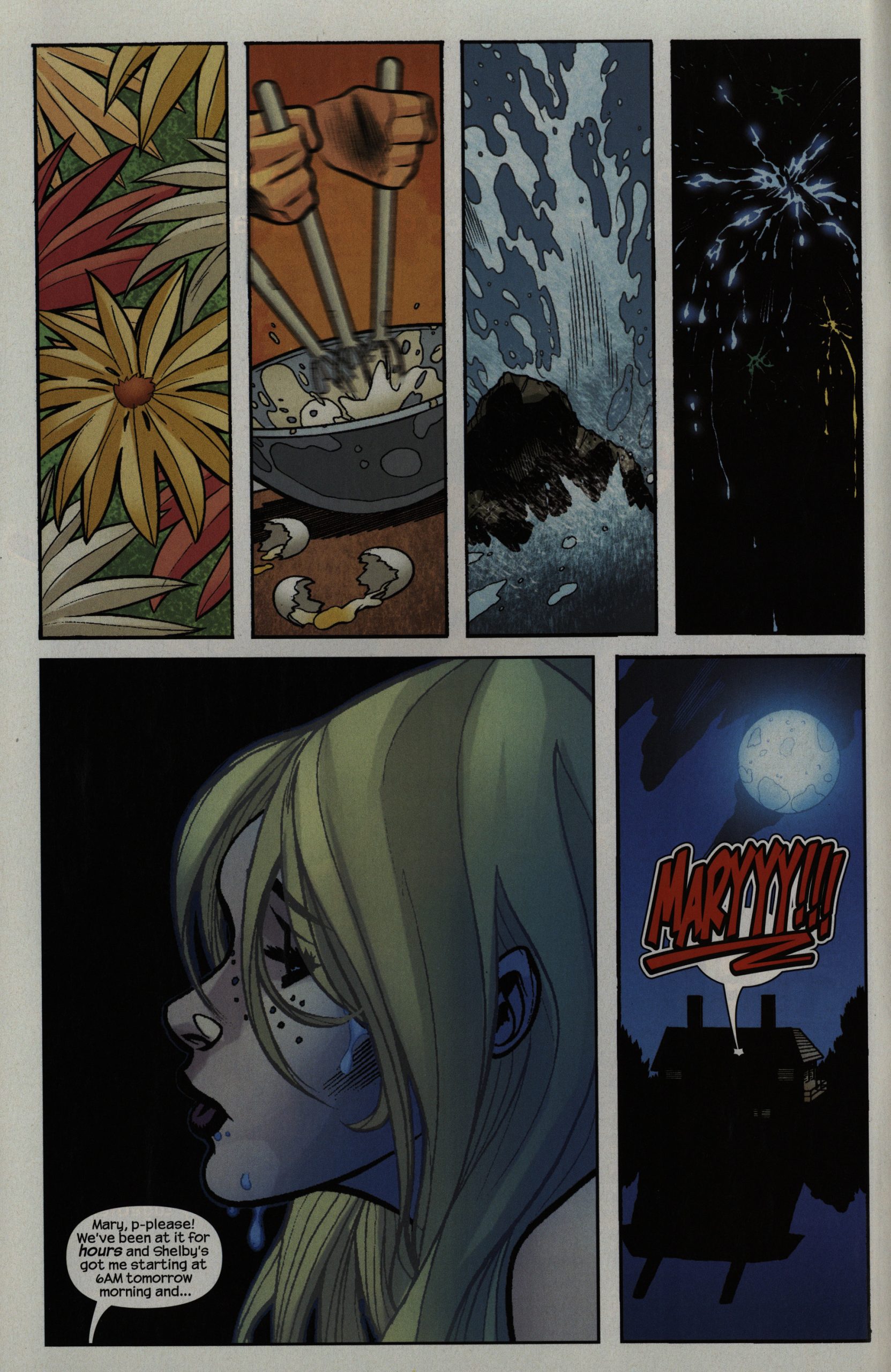 This was a pretty funny sex montage, though. Probably even funnier in the movie they were probably envisioning when making this. 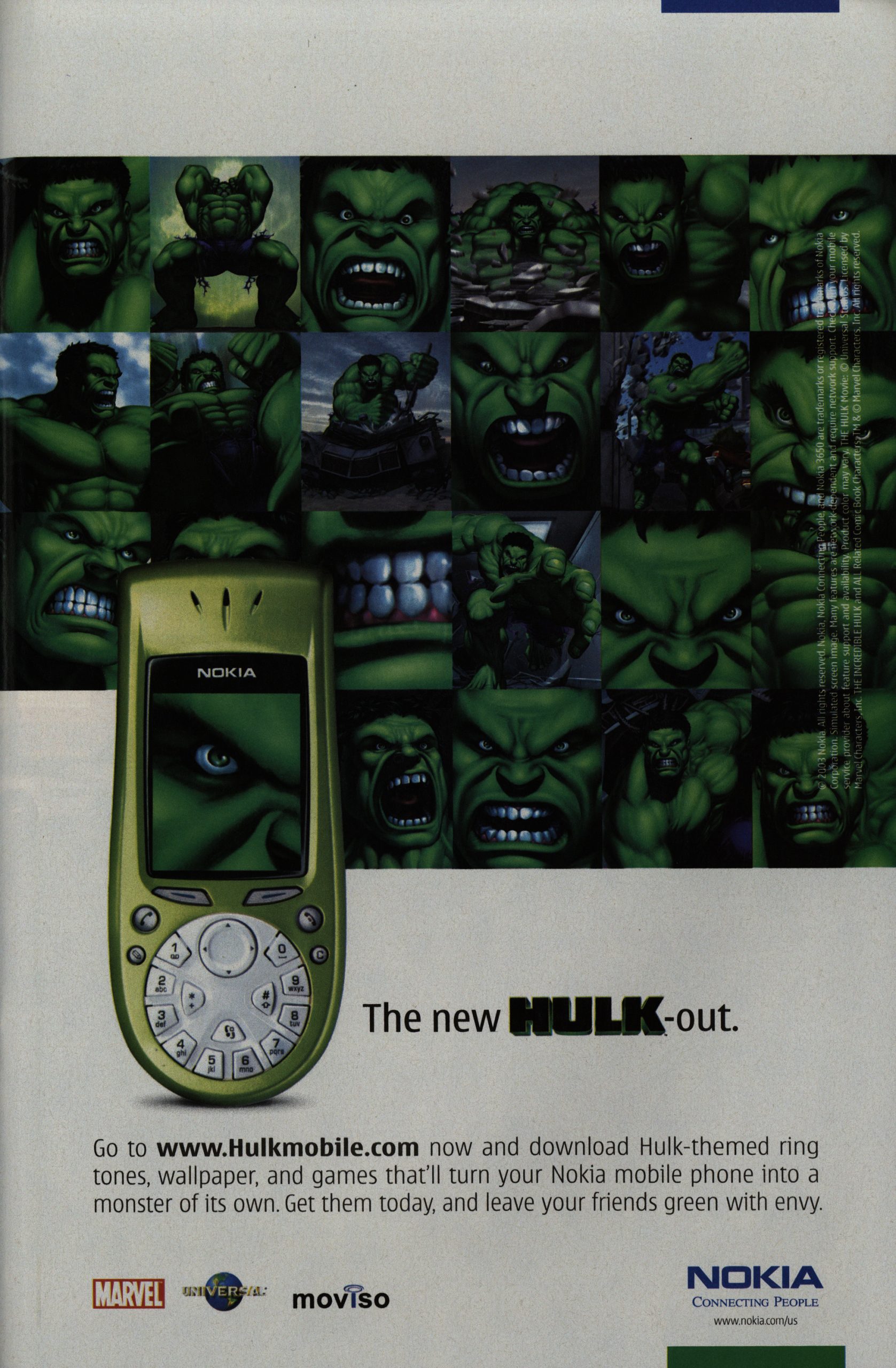 Did you know that Nokia made a special edition Hulk phone? No? Now you know.

Well, it’s got one thing going for it: It’s a pretty brisk read.

Trouble is a five-issue romance comic book limited series published in 2003 by Marvel Comics as a part of its Epic Comics imprint. Written by Mark Millar and illustrated by Terry and Rachel Dodson, the series deals with teen pregnancy. The basic concept was created by Bill Jemas and Joe Quesada.

Trouble was considered by Marvel’s editorial group as the possible origin of Spider-Man. It was also meant to re-popularize romance comics (which were very popular in the 1950s, selling millions of copies), but failed.

The series’ main characters, May, Ben, Mary and Richard, were clearly meant to be Peter Parker’s Aunt May and Uncle Ben, and his parents Richard and Mary Parker.

At least I wasn’t the only person having problems keeping the characters apart:

If Epic is about discovering new talent, it’s a little difficult to see where Mark Millar fits into that. Or, for that matter, artists Terry and Rachel Dodson. And Epic is, at least theoretically, meant to be a line where the editing is left to the creators (though this doesn’t seem to actually accord with anyone’s publicly recounted experiences of the line).

That’s the fundamental glitch here – Richard, Ben, Mary and May are all the bloody same. Not only do I not identify with any of them, it took several re-readings before I could even remember which was which. Save for the fact that one of the girls will do it on the first date when the other one won’t, I struggle hugely to remember any character traits that differentiate the four of them. And then I fail.

This person seems to take it all a bit too personally:

So take a bow, Mr. Millar! In my opinion, not only are you one of the most OPPORTUNISTIC, DERIVATIVE, UNTALENTED HACKS to disgrace the comic book industry– but you are also the “father” of the DESTRUCTION of Spider-man.

Anyway, it’s not an auspicious start to the new Epic line.