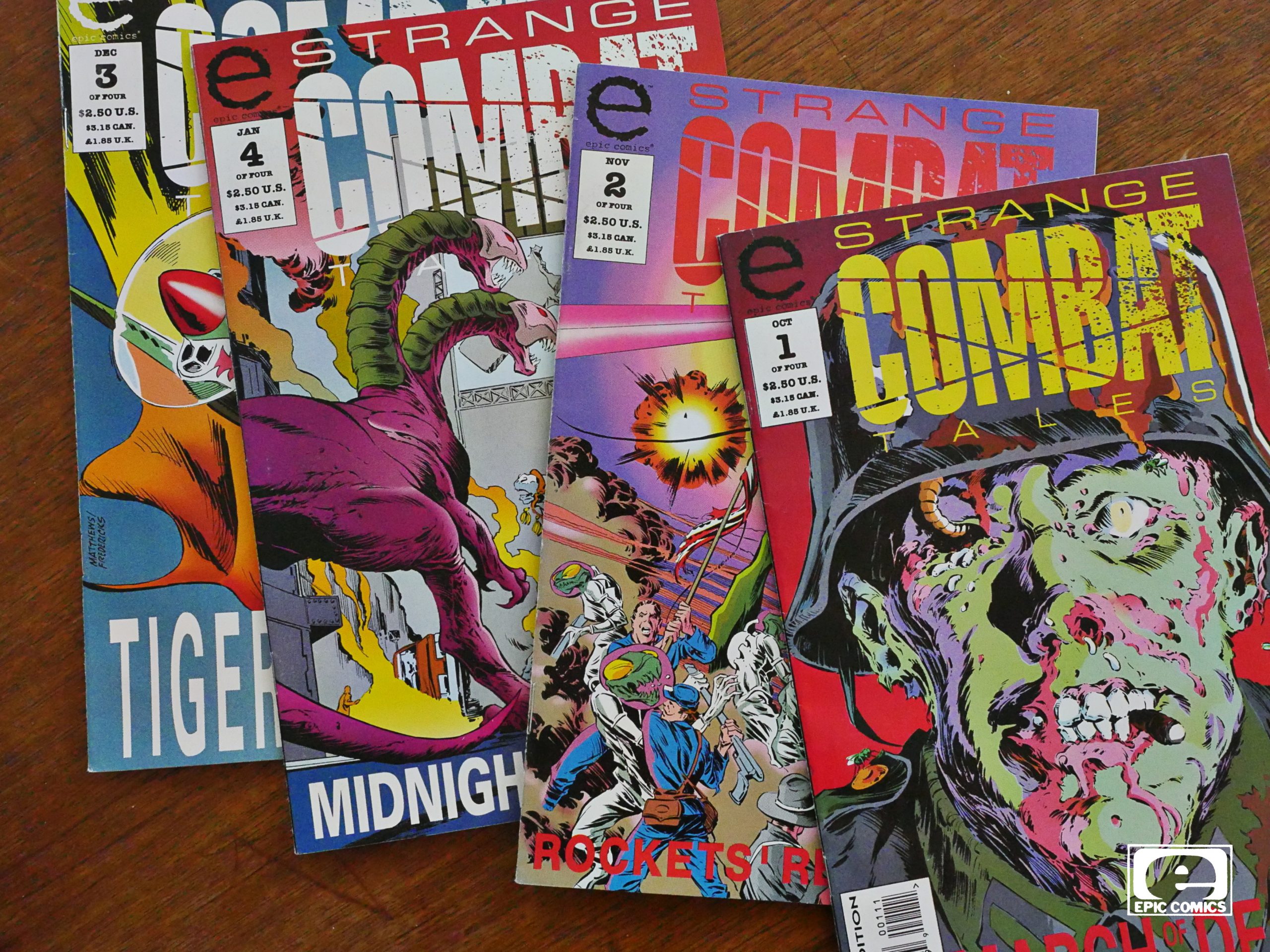 Epic was doing the “Heavy Hitters” initiative in 1993, but here’s another one that’s definitely not hitting very heavily. It has the whiff of a Marvel UK production, but I tried googling the creators to see if they were from Britain, and… I’m not sure? Perhaps not? 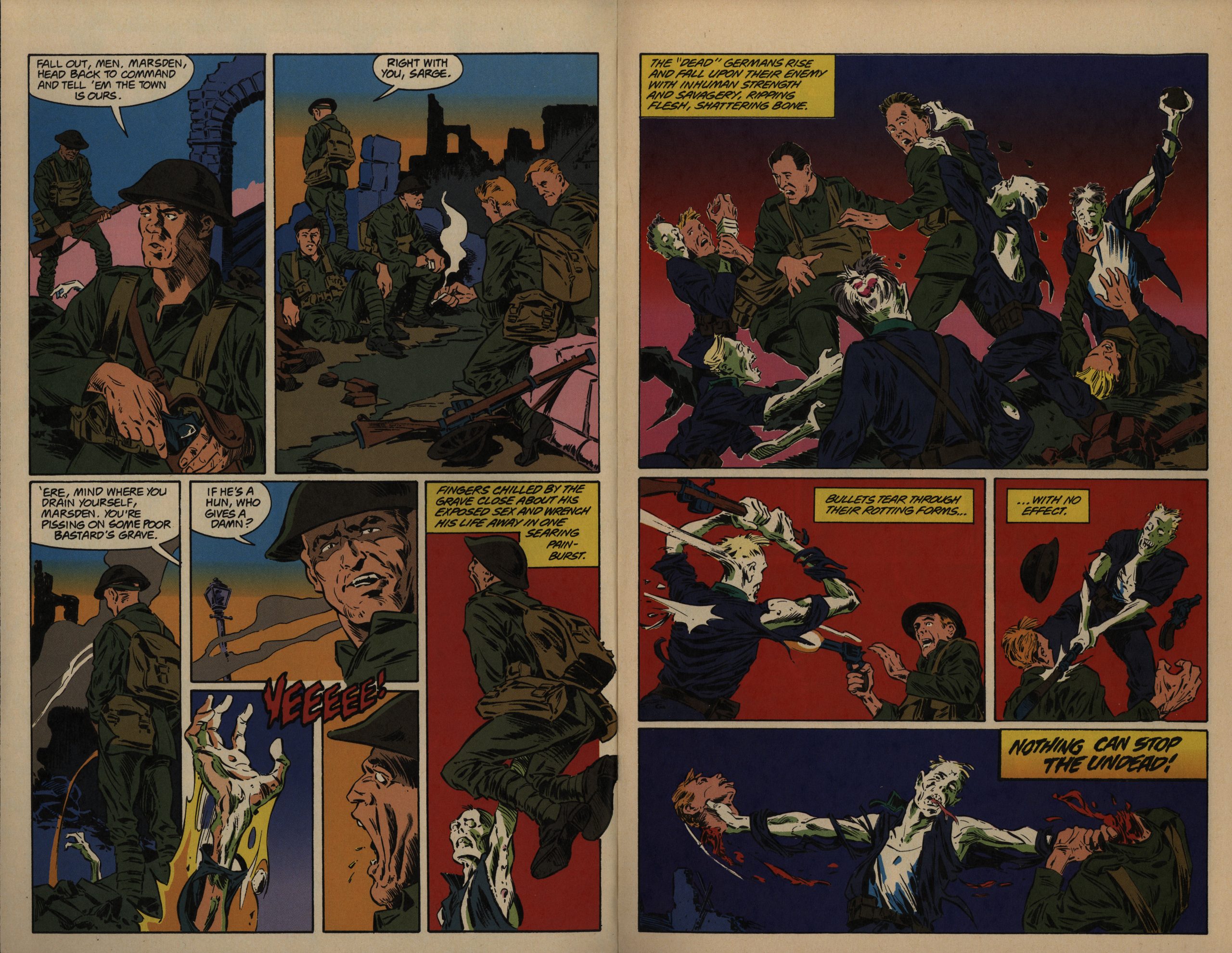 It definitely doesn’t fit in with what Epic was publishing at the time, which was (generally and surprisingly) kinda good. This is… barely readable. 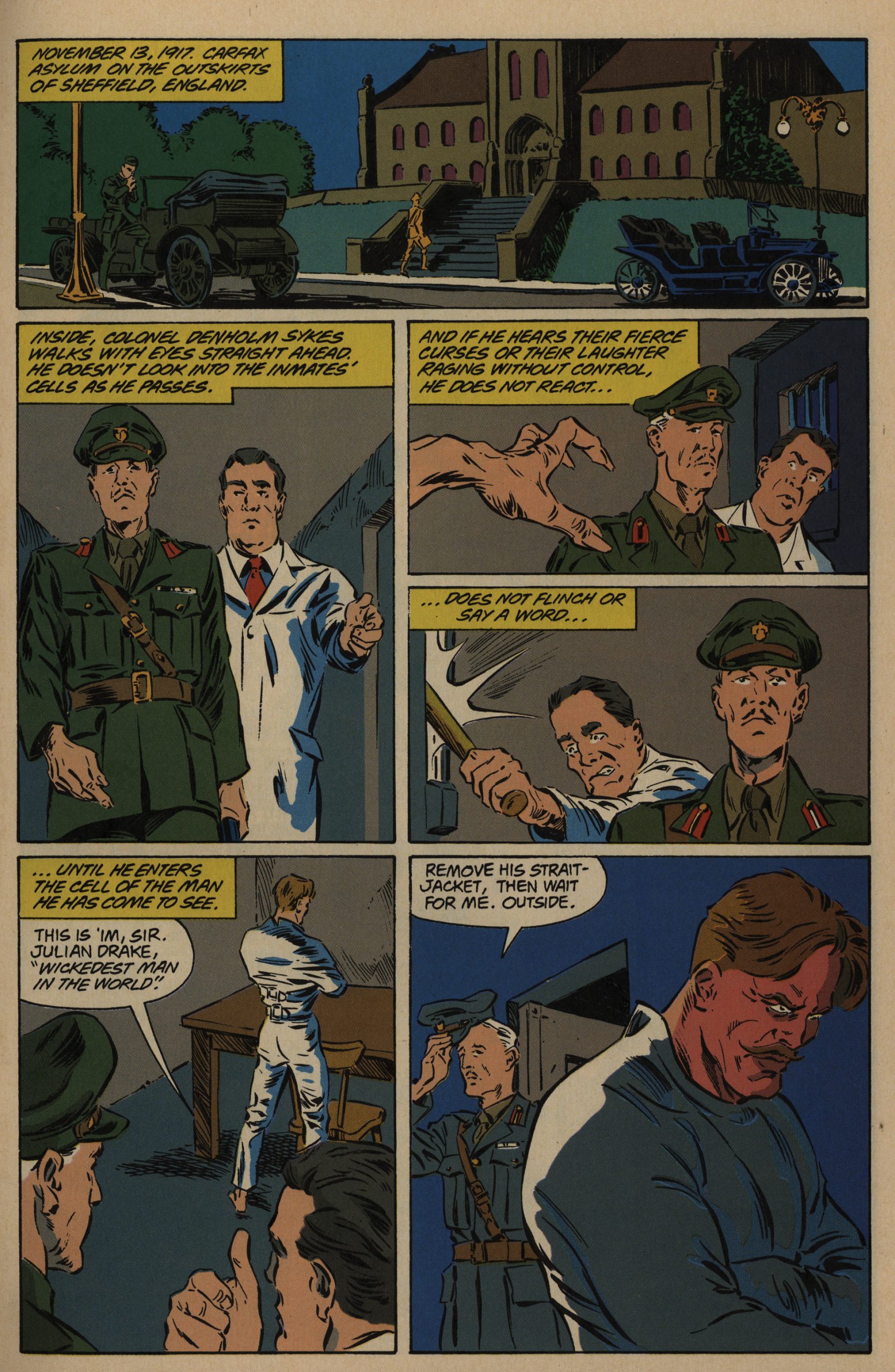 Every page is full of leaden captions describing what we’re seeing. The artwork is relentlessly ugly, and devoid of niceties like backgrounds… 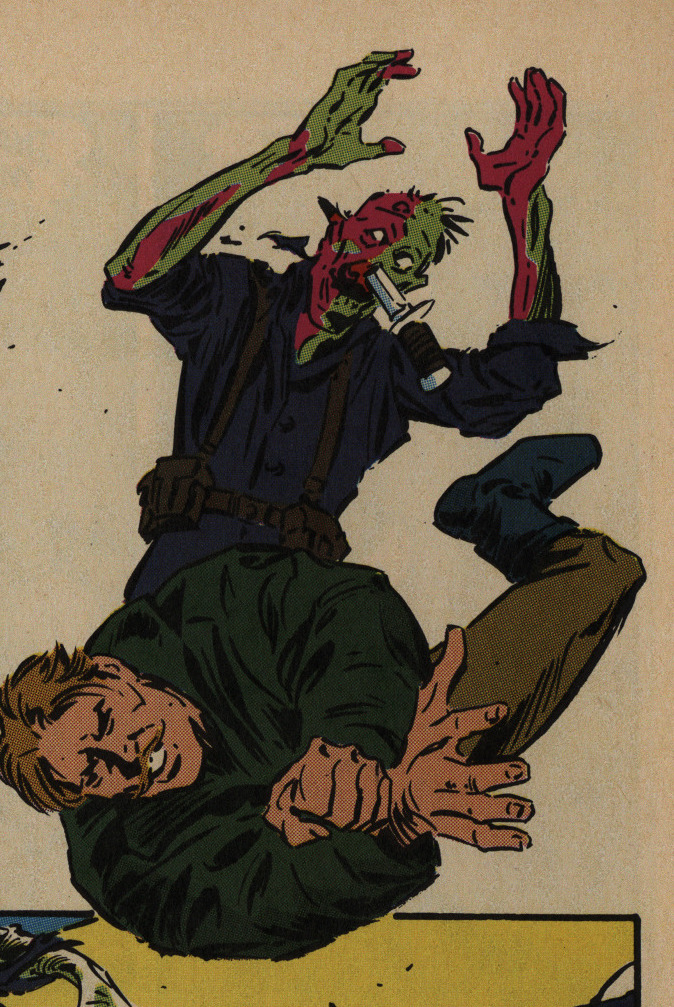 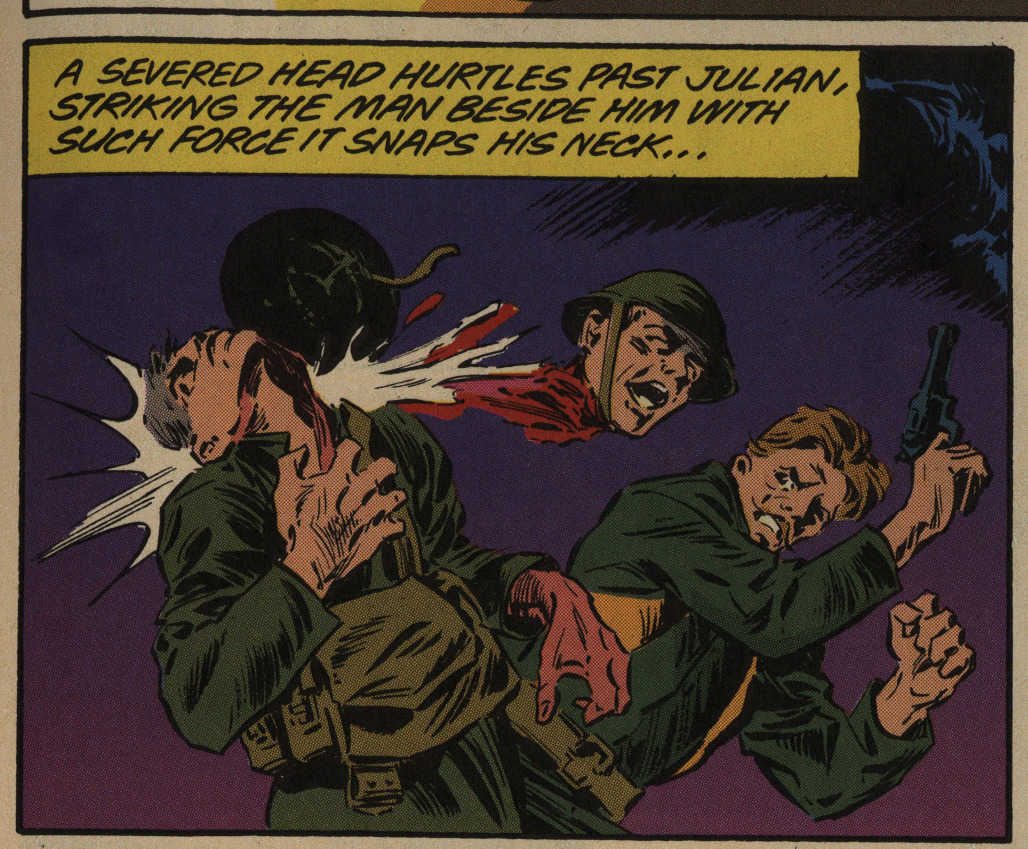 But it tries hard to be edgy? Or something?

The turgid dialogue often spills out of the panels, leading somebody to put in helpful arrows to direct the reader’s path through these pages. I appreciate the consideration, but it’s… amateurish? 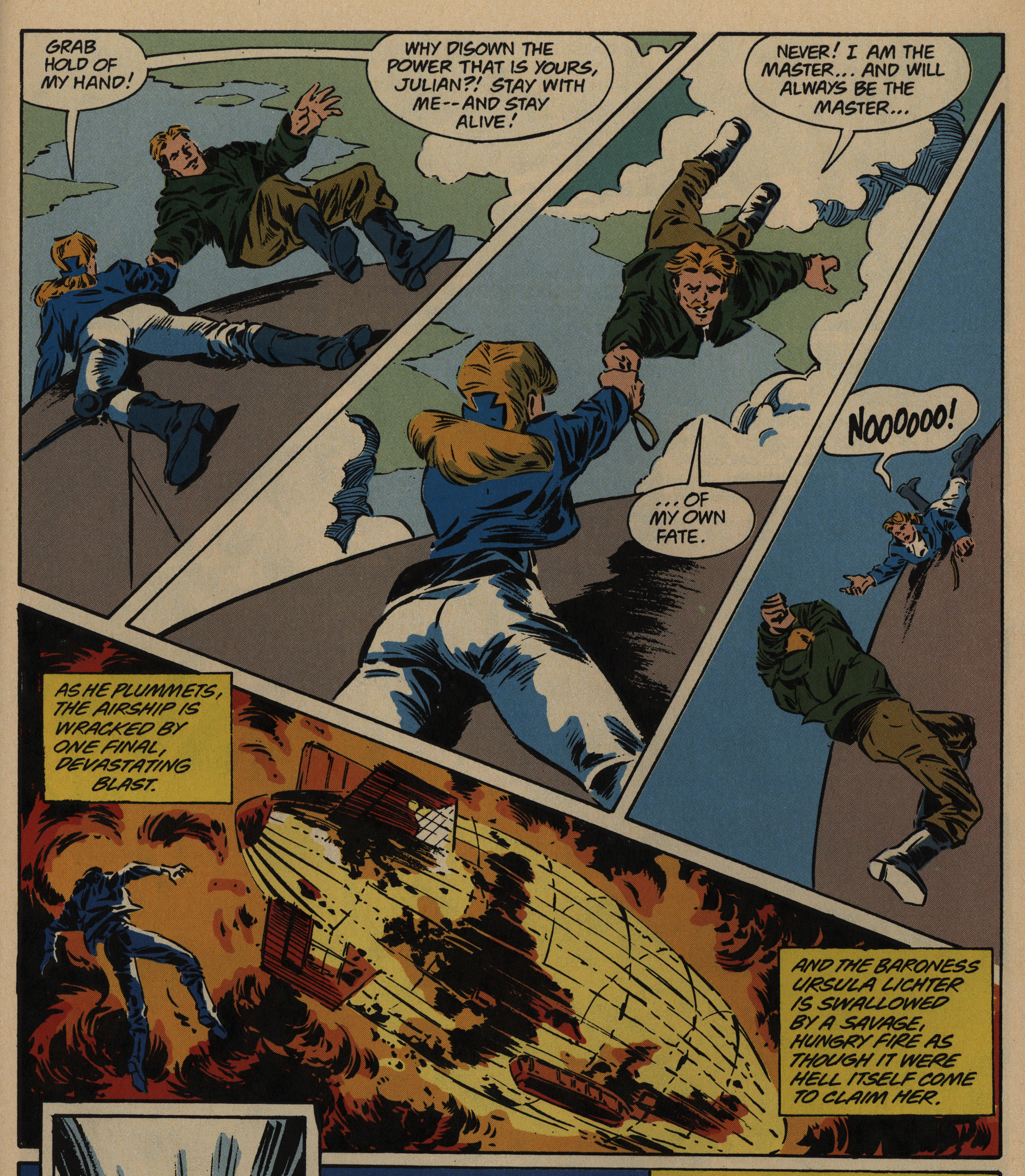 It turns out that this series is four separate stories of “strange combat” (i.e., supernatural or sci-fi stuff dropped into various eras). 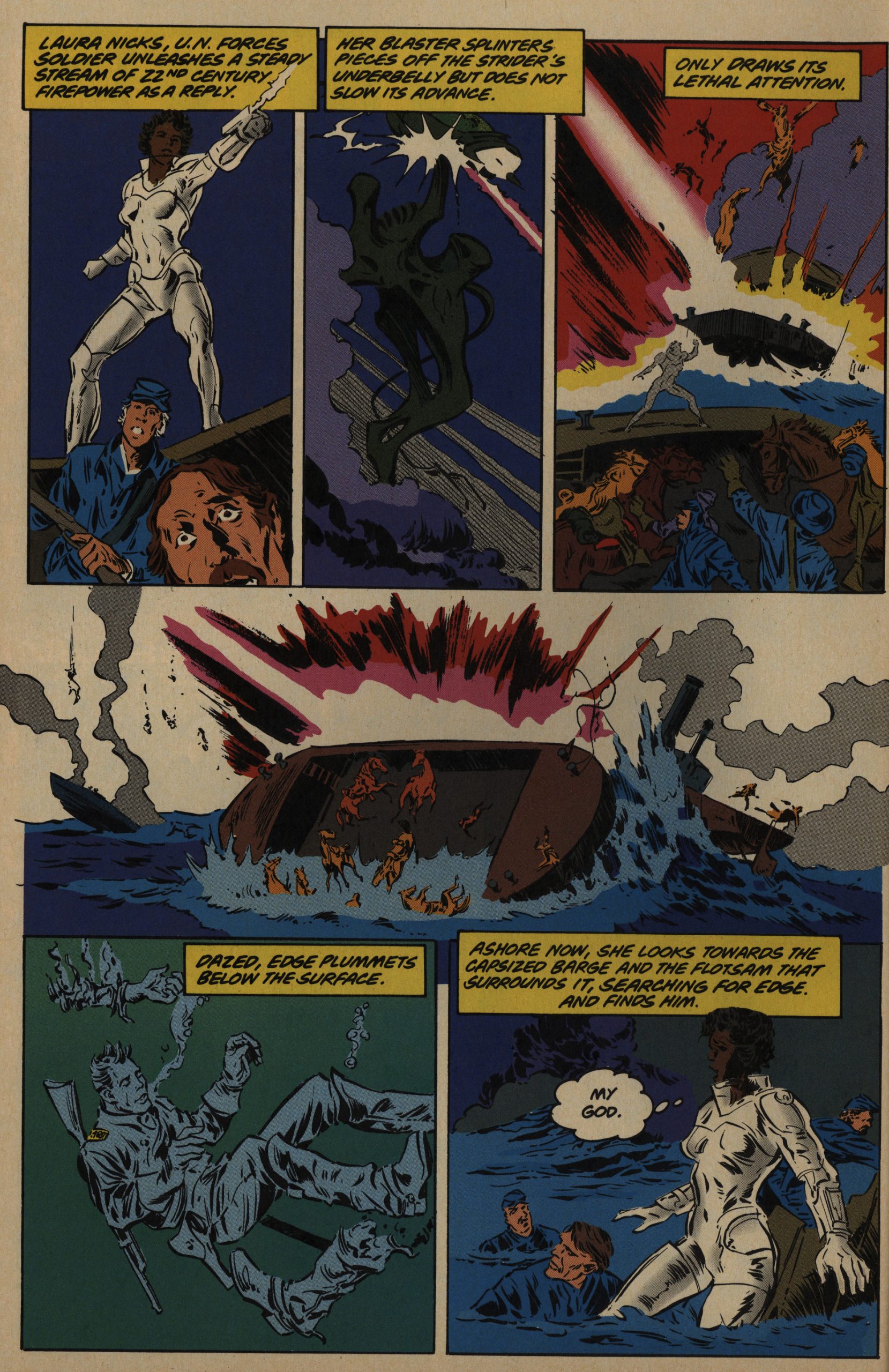 So we get, for instance, this woman fighting War of the Worlds aliens during the US civil war. 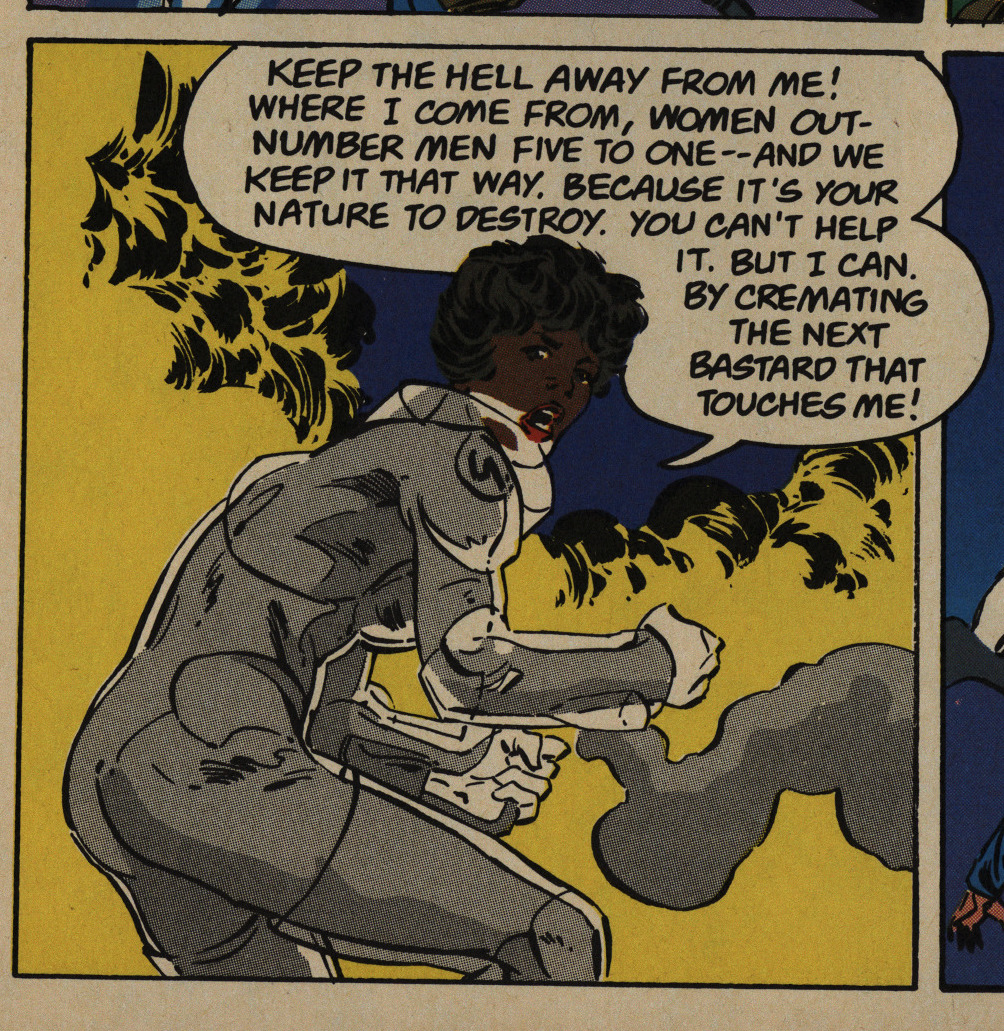 At least she comes from a sensible age. 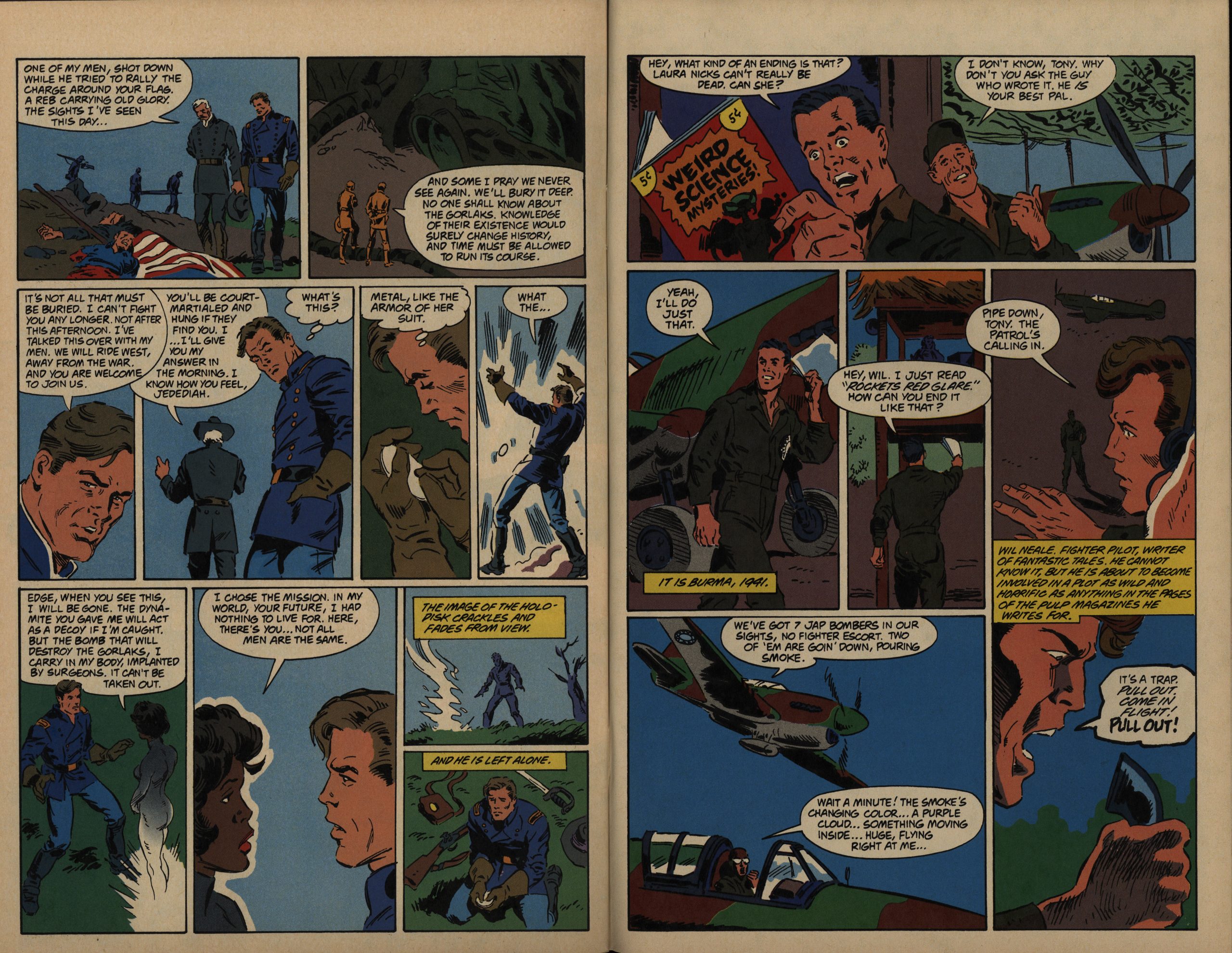 And then (like the female sidekick in the first issue) she dies. And then it turns out that that was just a story written by the guy from the next issue? This may seem like a cool conceit, and it is, but it’s the only segue of this kind. (I think. It’s so badly written that it’s hard to pay attention.) 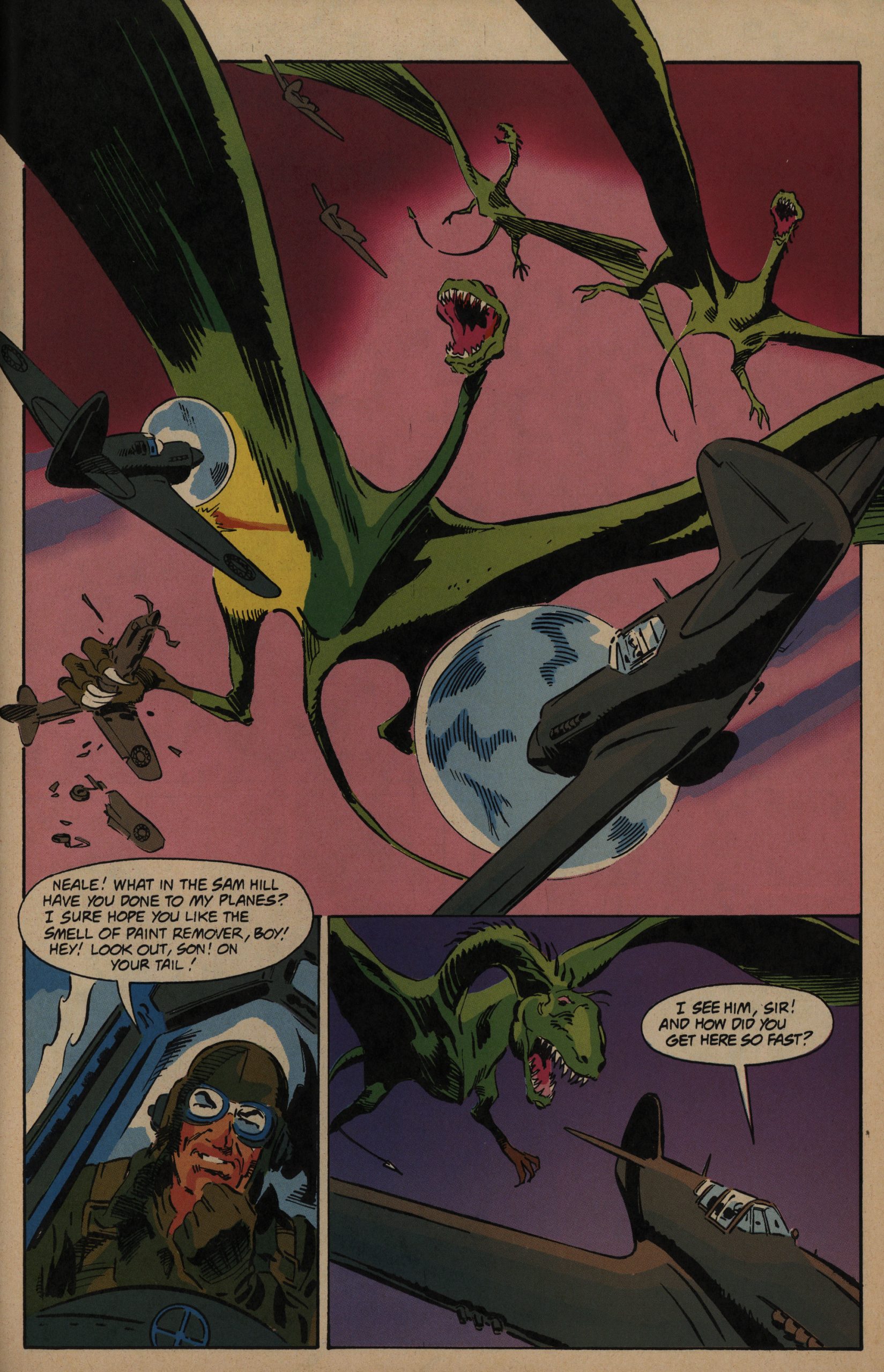 They fight dragons from airplanes. 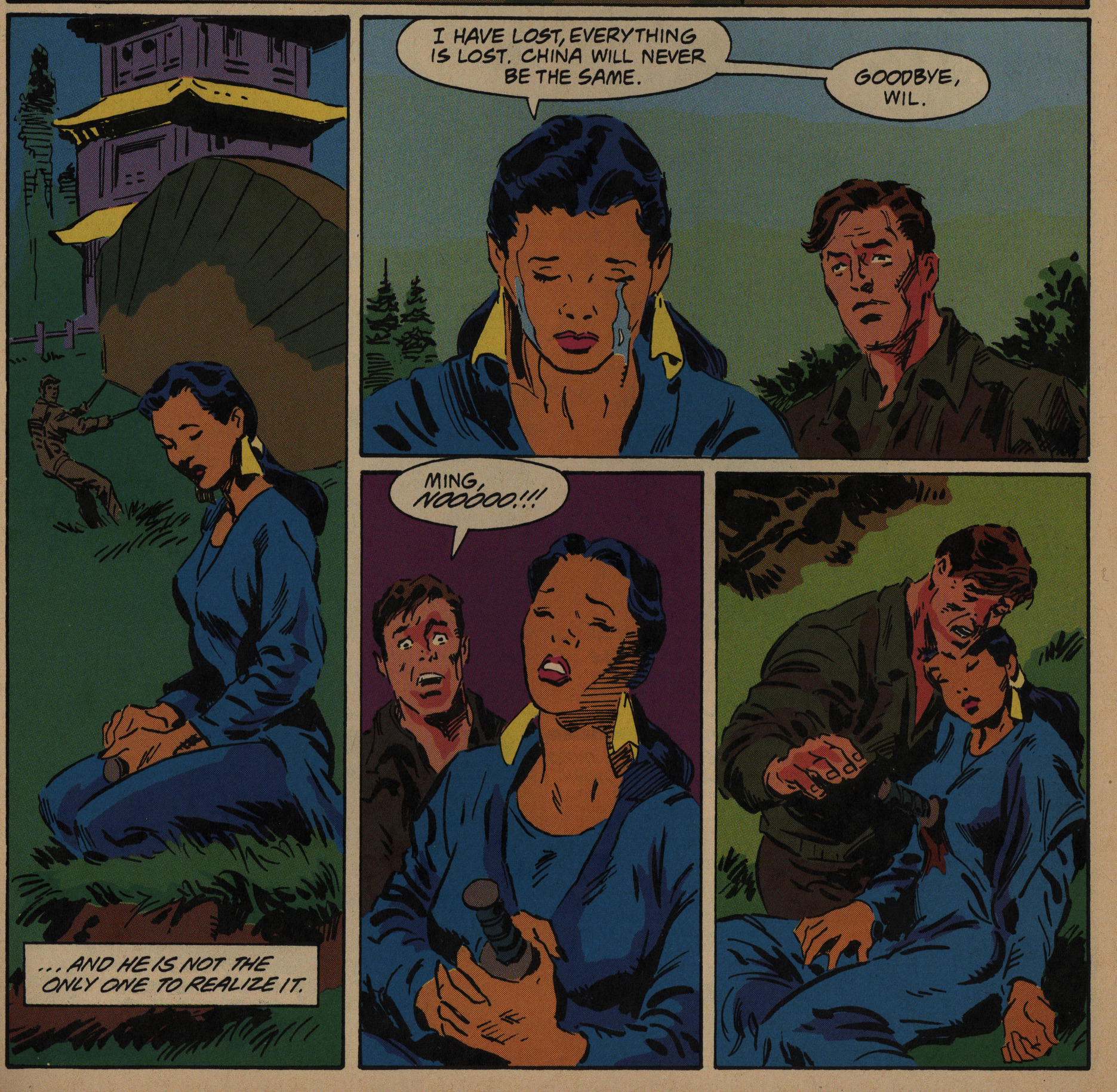 And then the main female character dies. 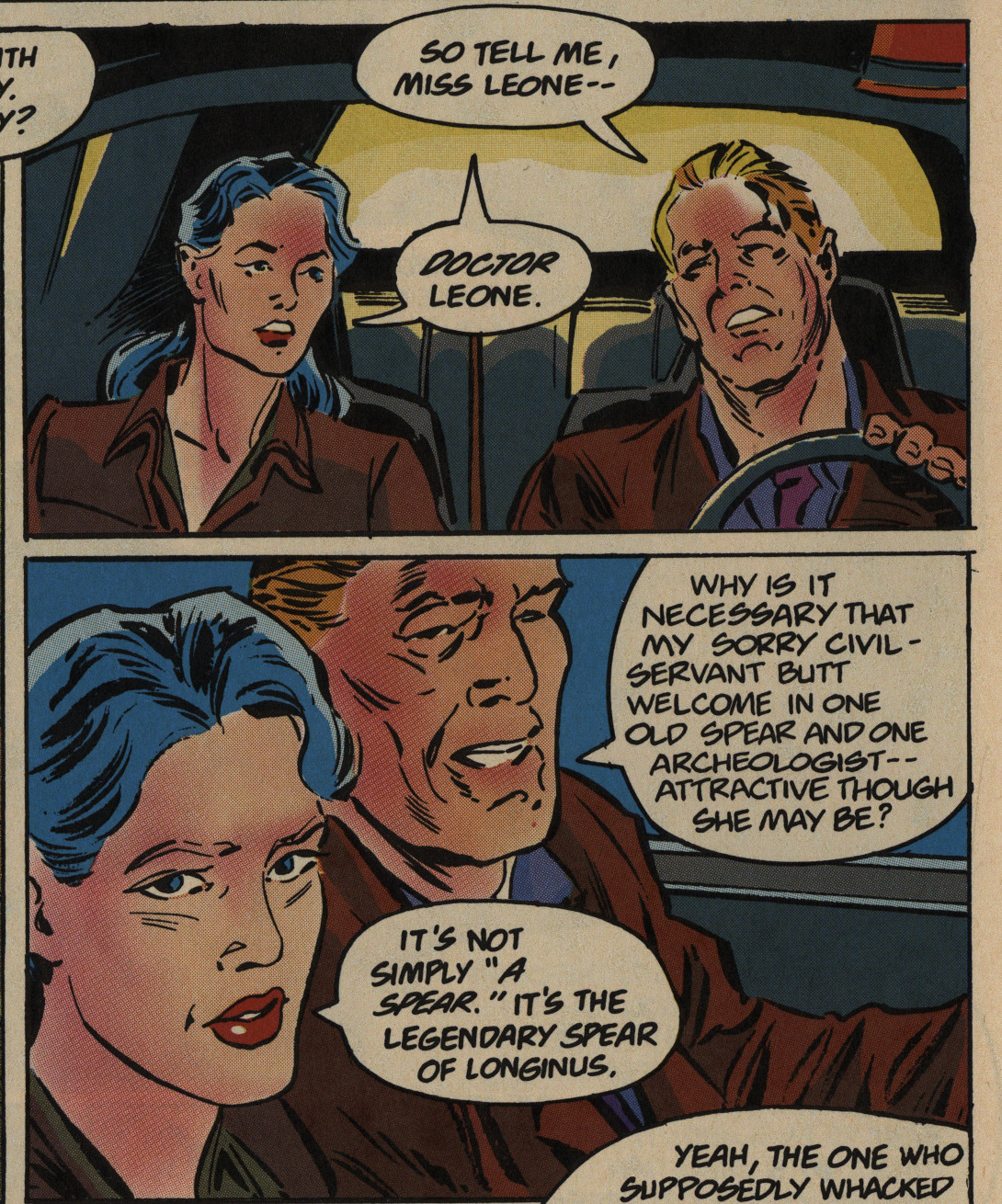 I couldn’t finish the final issue. I’m sorry — this series broke me. 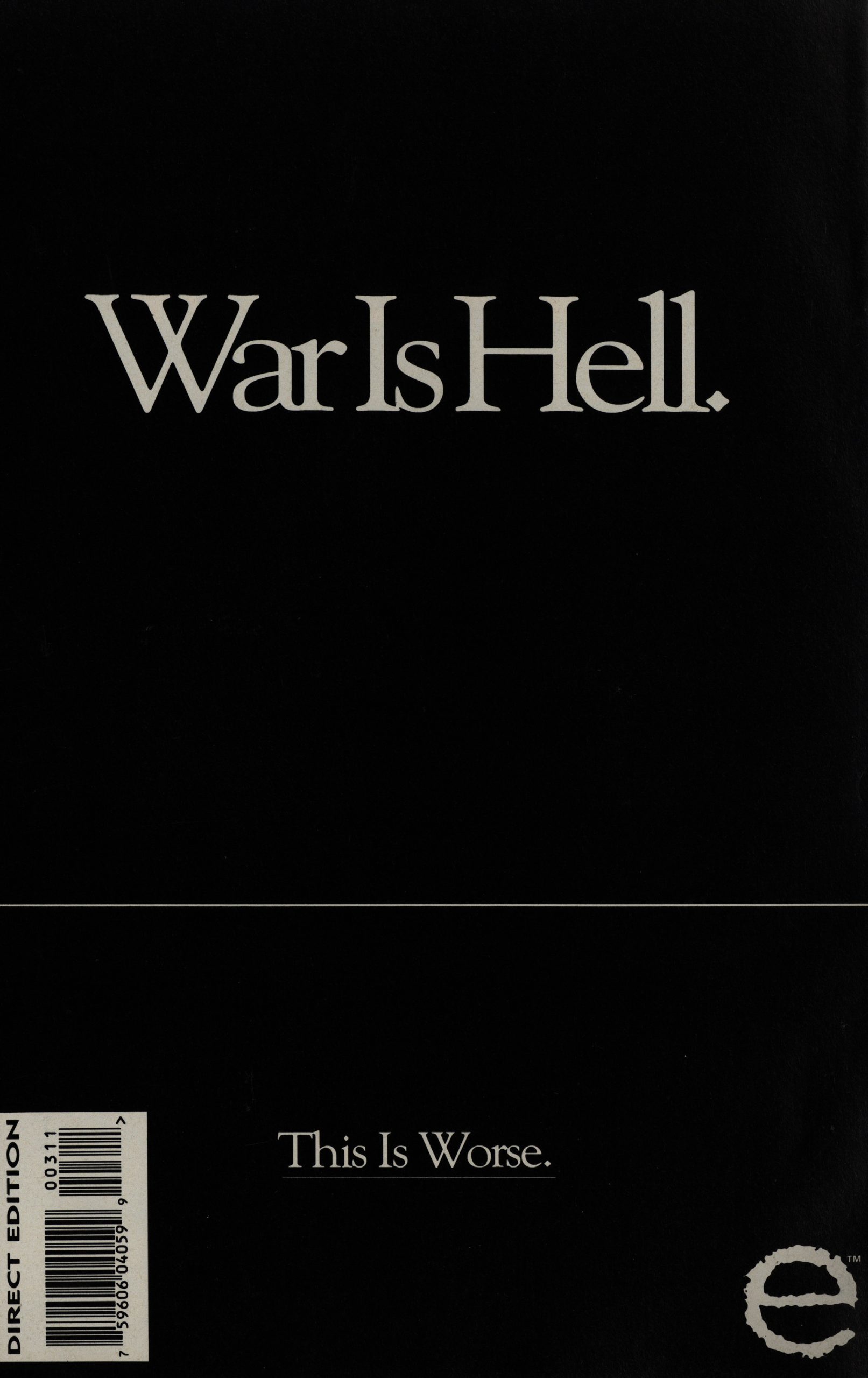 This back cover sums up the series.

It has never been collected (yay), and there’s nary a trace of it on the interwebs the usual people trying to sell their copies or the comics databases.

…worth reading? I’m gonna go with a YES unless someone says strongly otherwise.

It doesn’t look like the people who did this series have worked extensively in the comics business either before or after, but my google-fu may be weak.