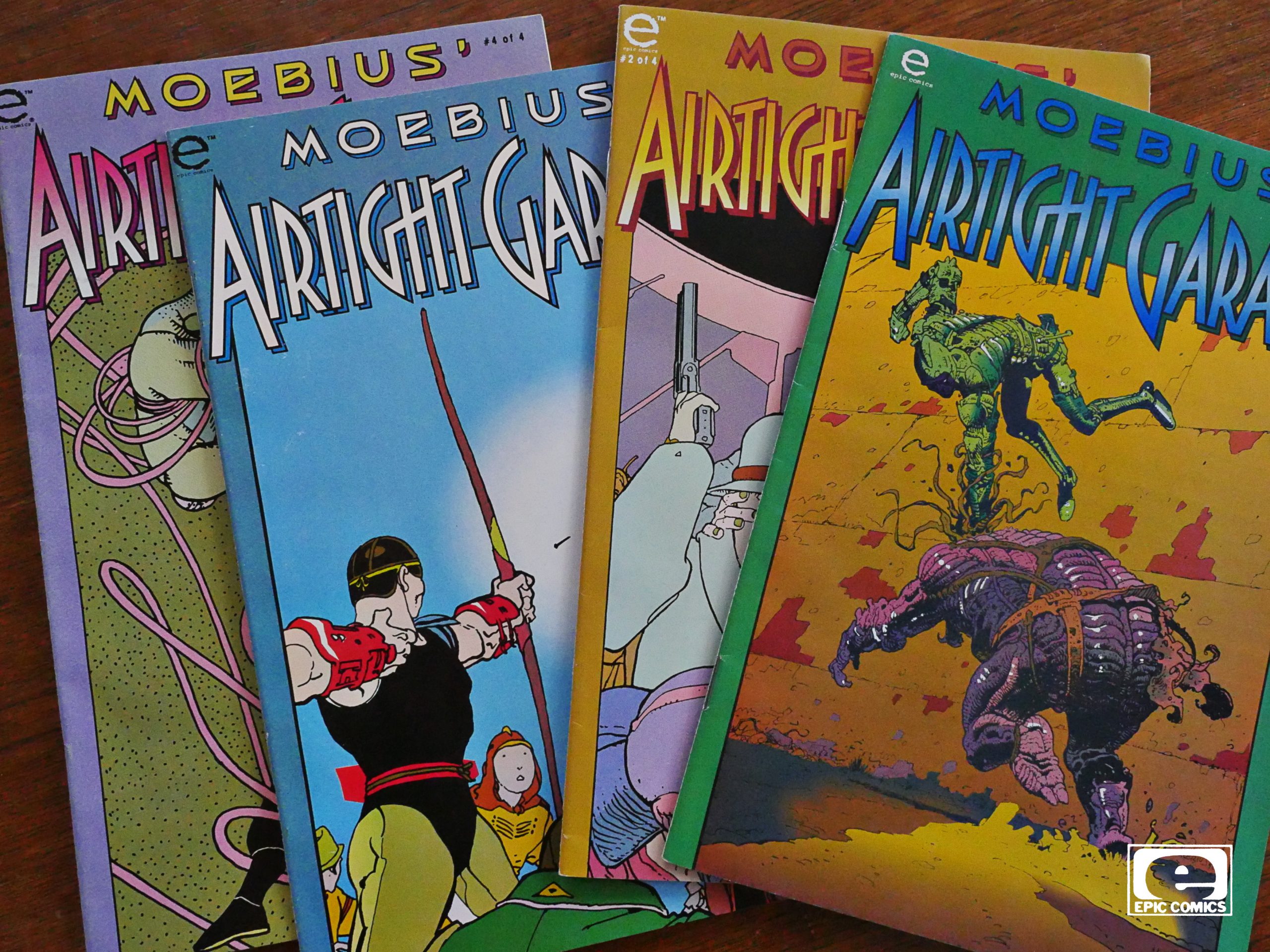 So… this is a reprinting of the graphic novel Epic had published a few years earlier? Which makes me wonder… why?

In the previous Garage-related mini-series, we’d been promised a further series, so perhaps this was published in lieu of that? I have no idea. 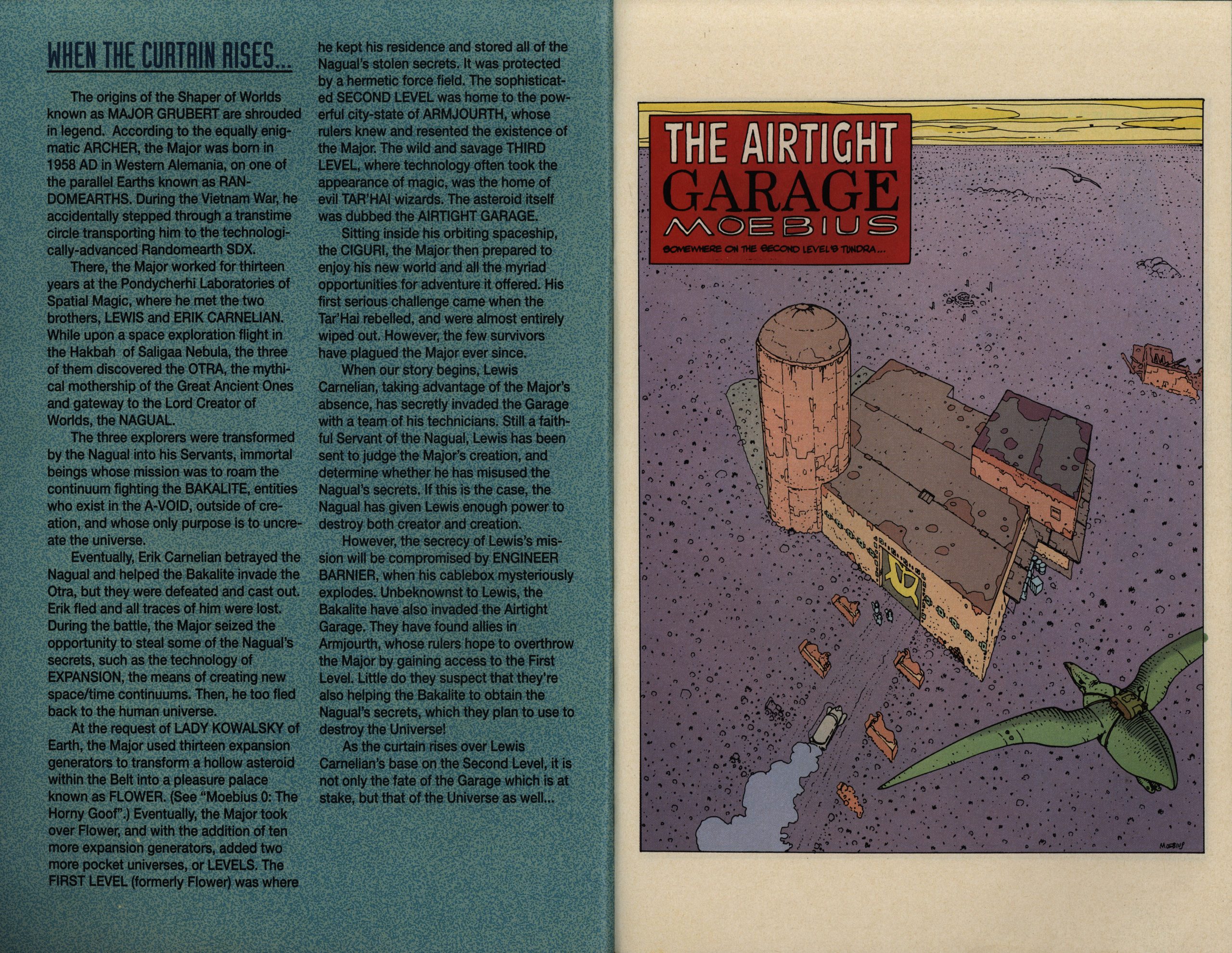 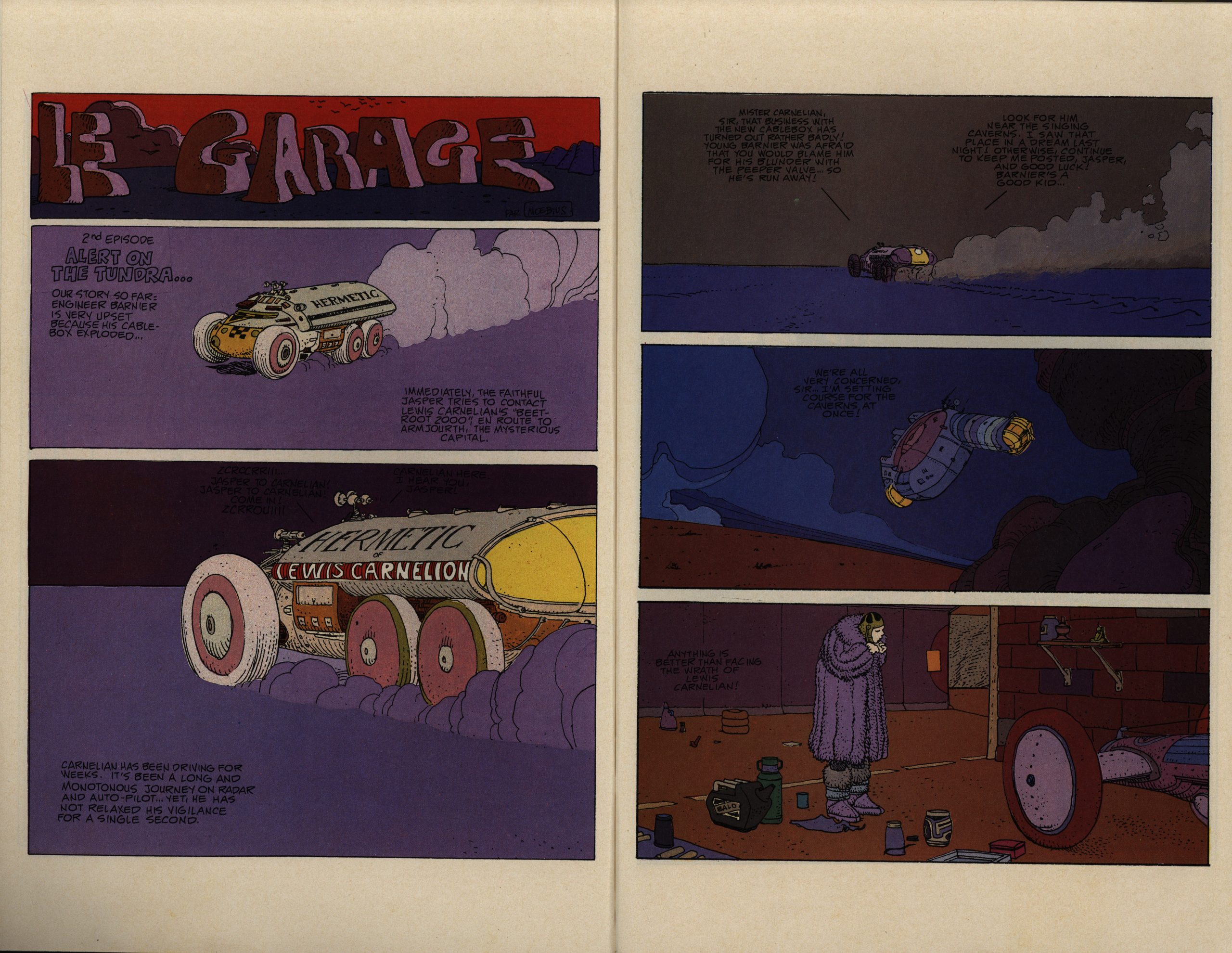 Is this the same colouring, too? I should get up from the sofa and do a comparison, but…

The form factor leaves heavy white bands at the top and bottom, which isn’t very attractive. The colours really pop here, though. 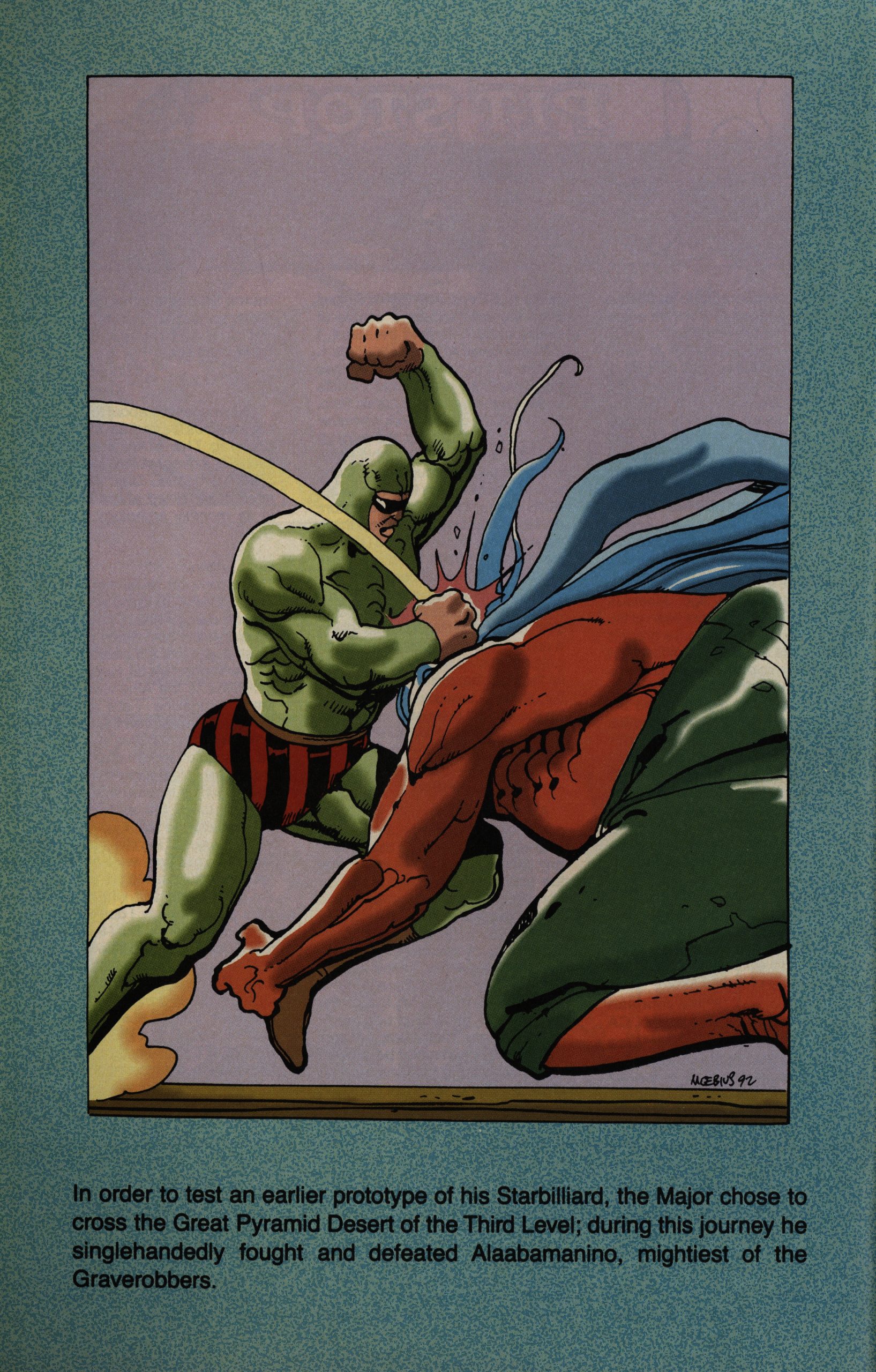 There are some new pin-ups from Moebius, though. 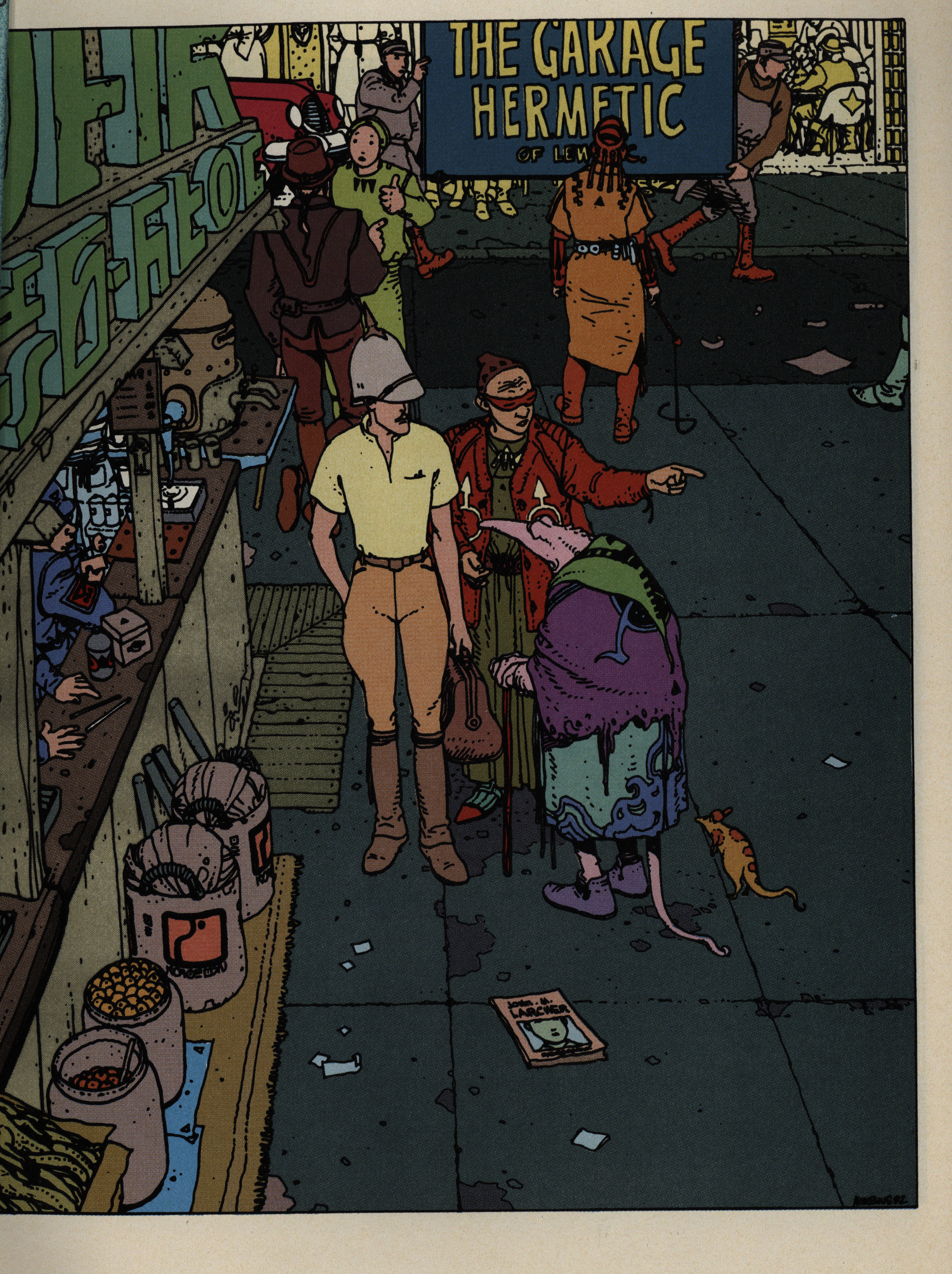 And a new Garage page or two. It’s fun to see Moebius working in his old style; by 1992 he’d streamlined a lot. But here he’s still doing the detailed, slightly grungy thing.

Well, that was perhaps not the most interesting thing Epic had ever published. I hope Moebius made some money off of it.