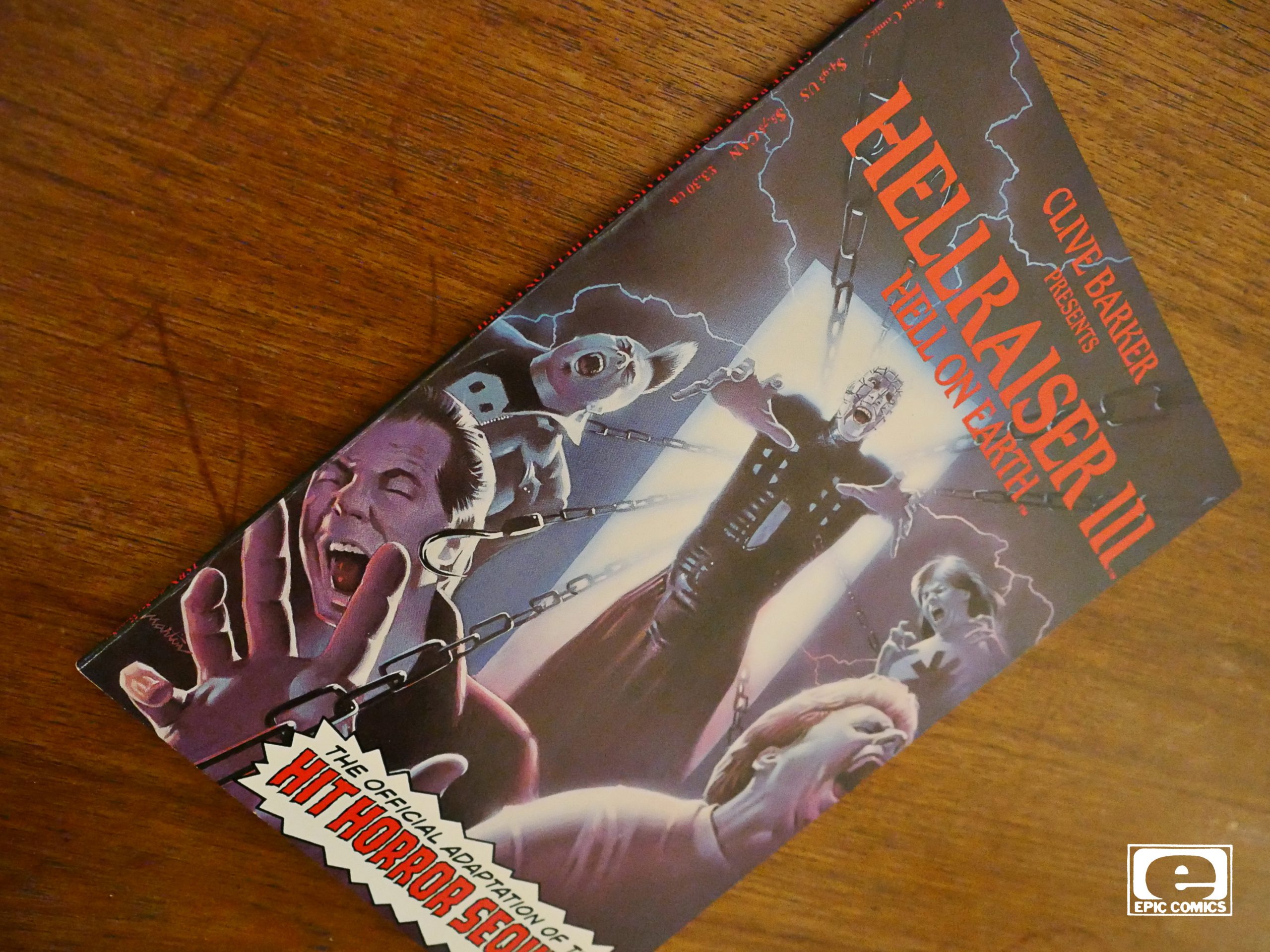 This is an adaptation of the movie, and it’s been adapted by the guy who wrote the script for that movie. On the one hand — people not versed in writing comics usually fail when trying to do that, but on the other hand: Perhaps this won’t be hopelessly overwritten, as most adaptations are?

But there’s also the thing that the original movie kinda sucked. 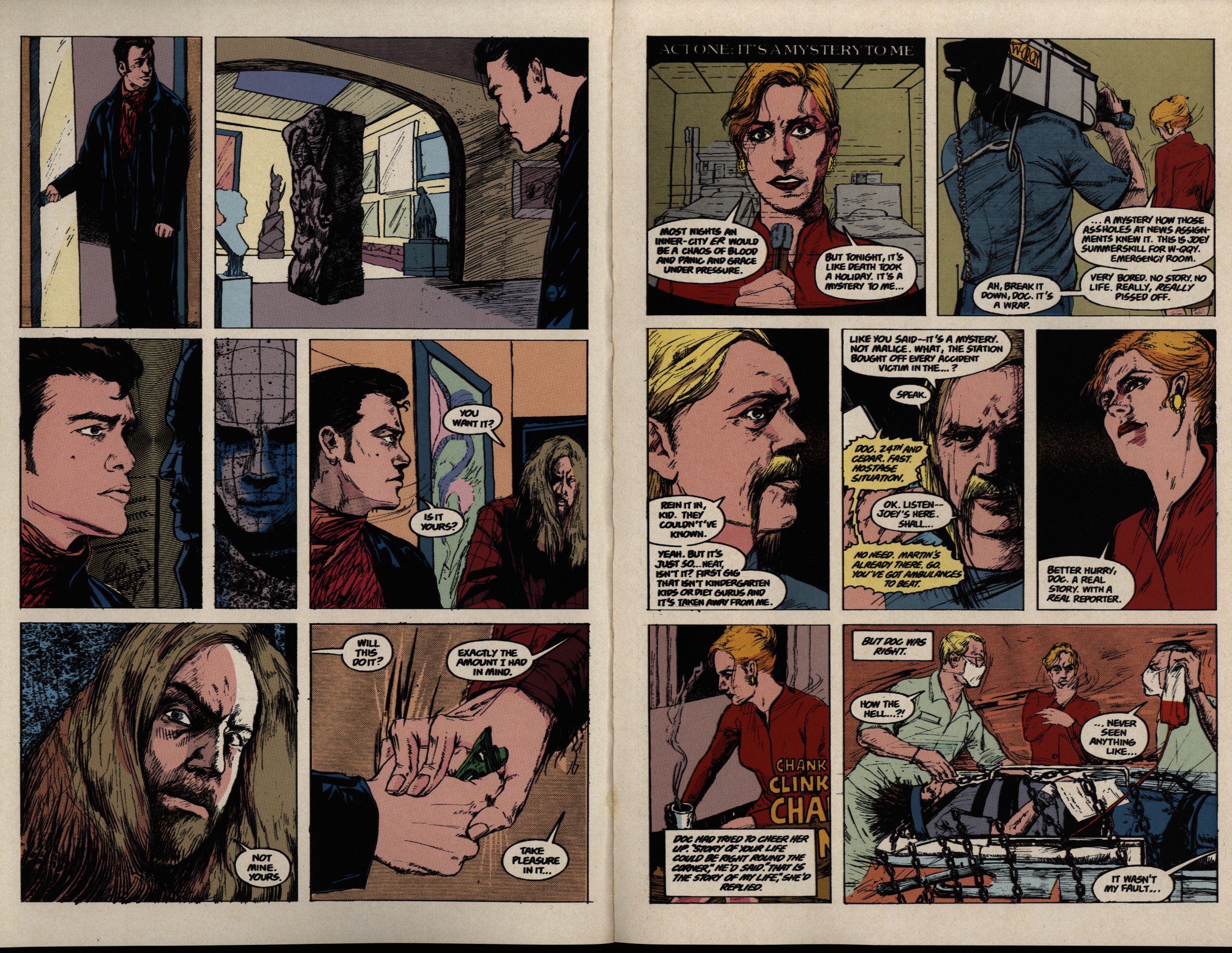 Oh, deer. The artwork’s rough. Faces change radically from one panel to the next, and there’s no sense of space or progression: It’s just random panels with random angles. But like I hoped, at least it isn’t terminally over-written. 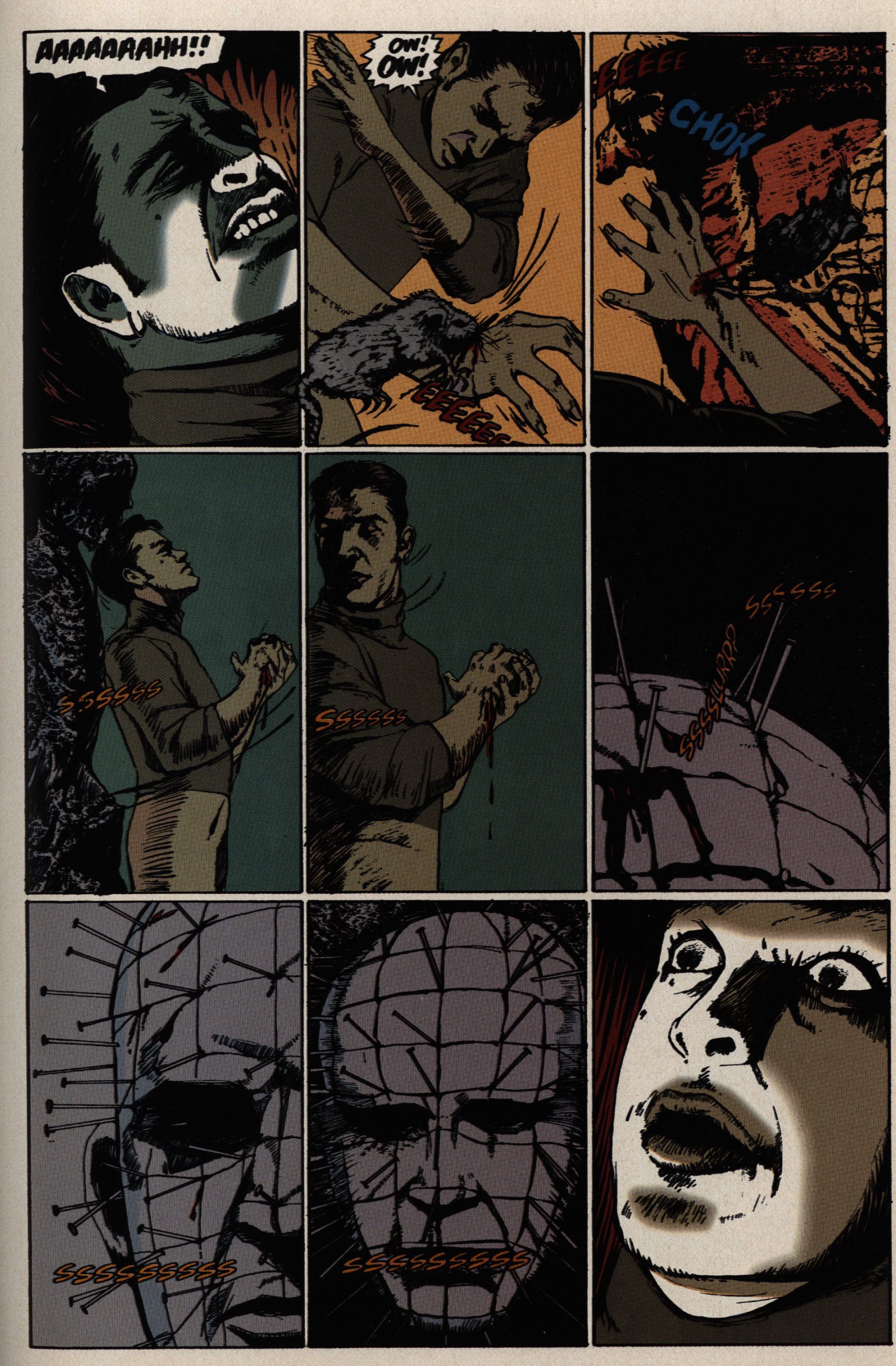 It does have some tension… perhaps more than the movie, which was a snore-fest. But I wonder whether Kim had ever done comics before, because his choices make little sense. In this sequence the nails in Pinheads face are supposed to grow, but you’d be forgiven if you missed that. You have to study the panels to find out that that’s what’s happening here…

At least they shied away from putting in a caption saying “And then the nails grew, and that other guy is shocked!” No captions here. 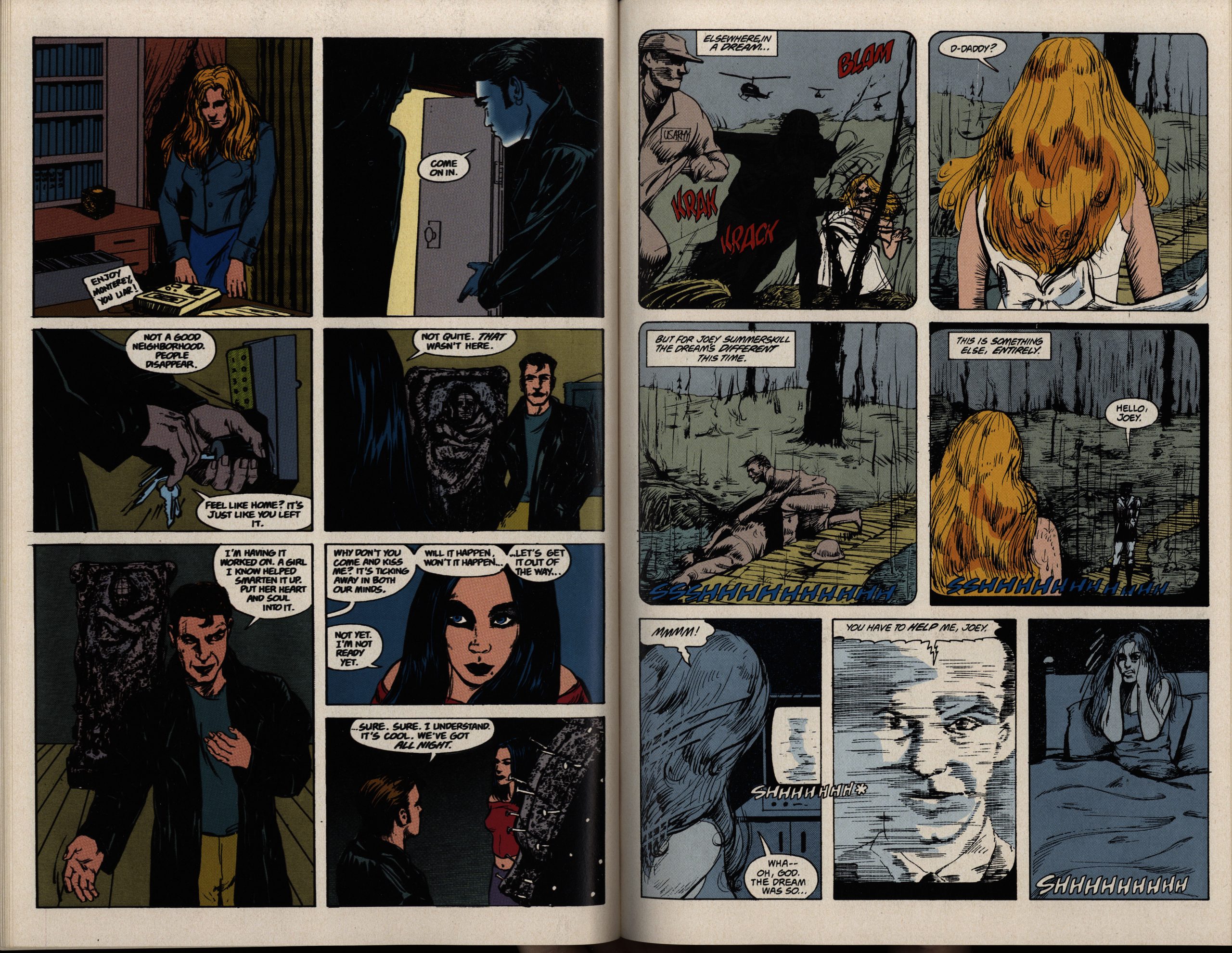 But… then suddenly… captions… to explain to us that the woman in bed is having a dream.

And the artwork gets rougher and rougher as the book progresses. 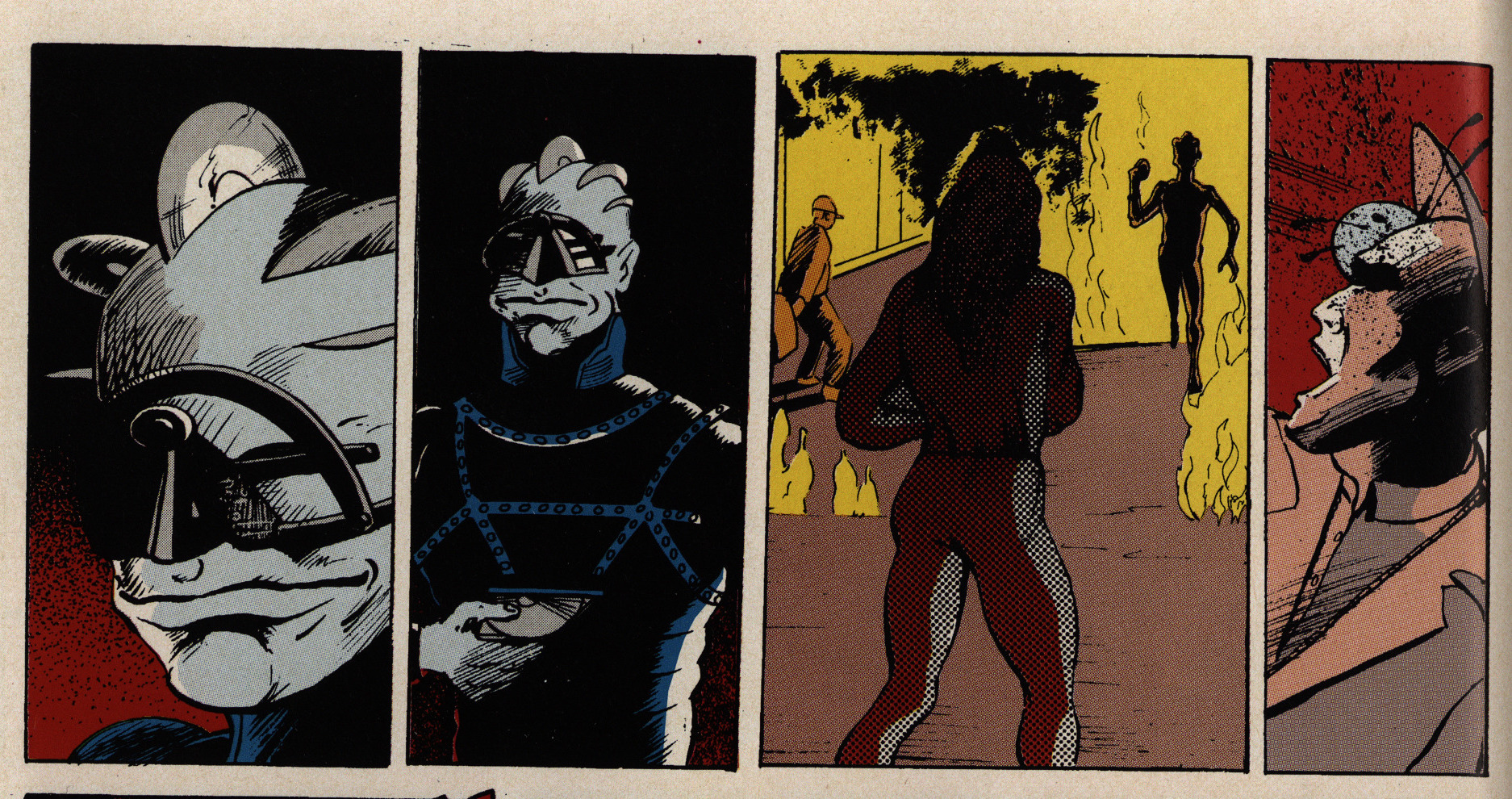 Oh yeah, I had almost repressed the memory of the comedy Cenobites. Above, you have a guy with CDs in his head, but if you didn’t get that, I understand. 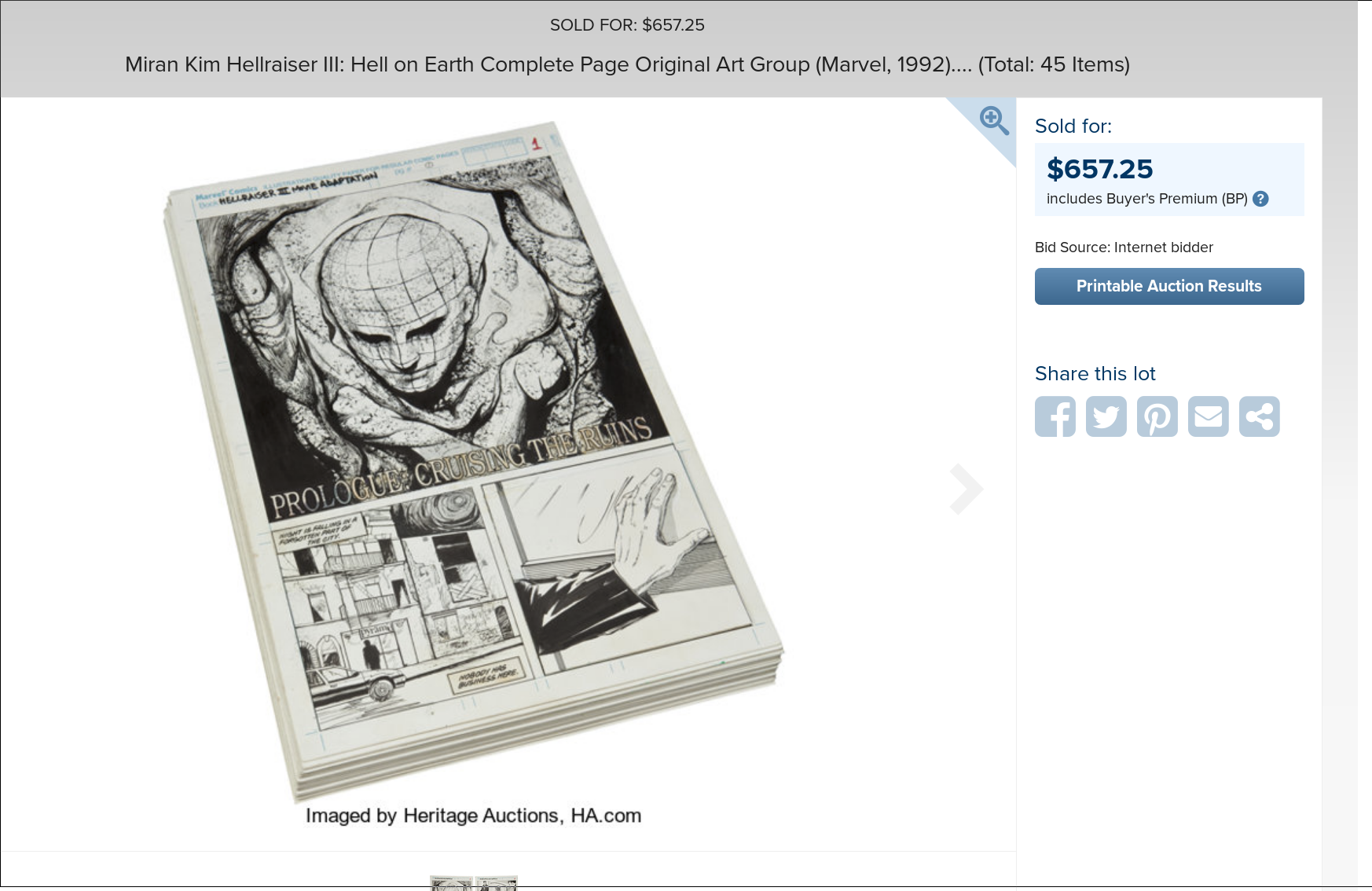 I guess it’s that last quarter that makes it sad.

There aren’t a lot of reviews of the book out there, but this person wasn’t impressed:

First thing I must say is that for a comic adaptation of a Hellraiser film, this sure does wuss out on the blood and gore and for the most part is pretty tame!