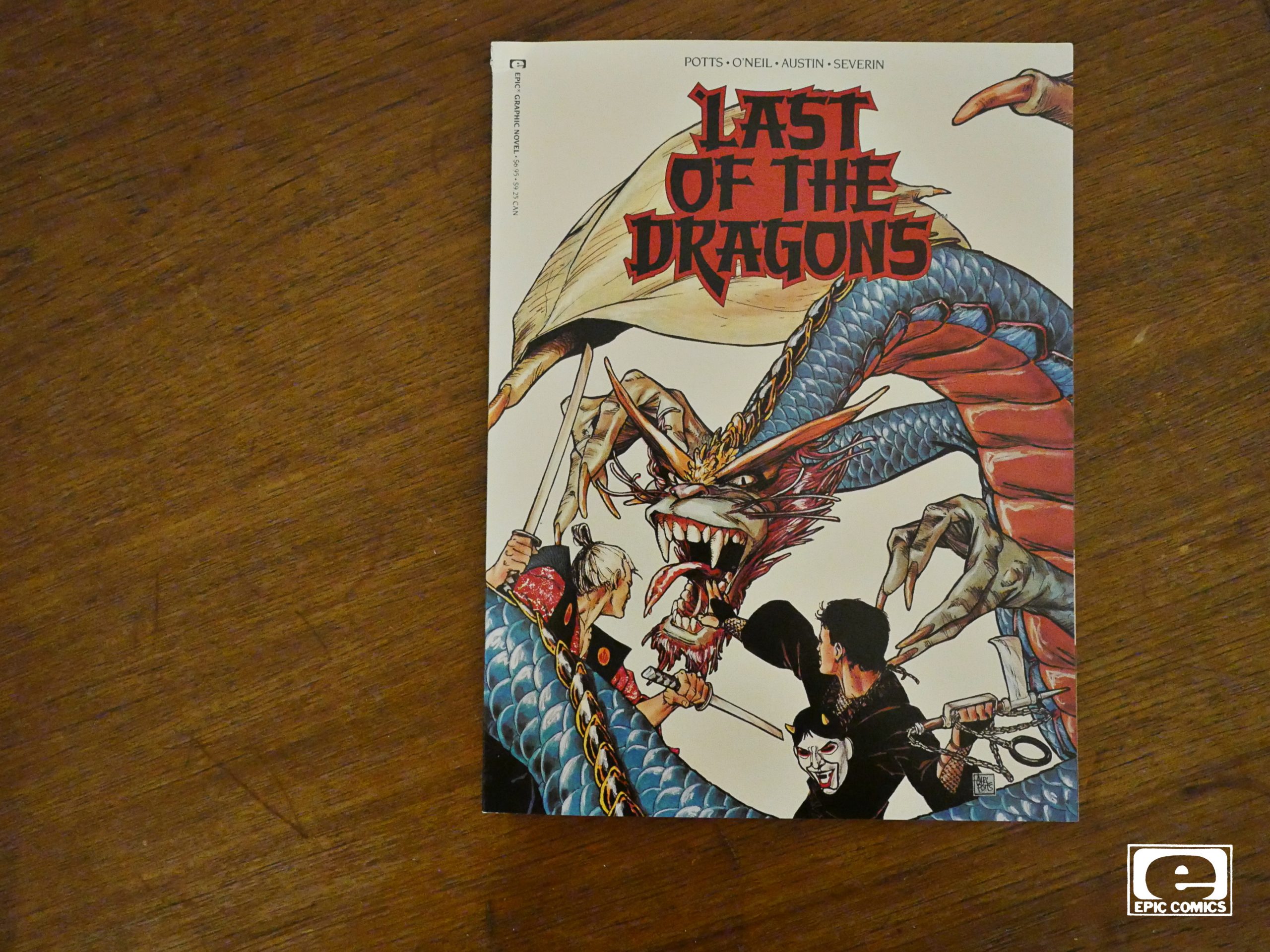 Oh, right, this is a reprint from Epic Illustrated, and I just read that (and wrote a bit about Last of the Dragons, so just go to “Epic Illustrated” in the menu).

So instead of talking about the comic, I’ll just make some production notes. 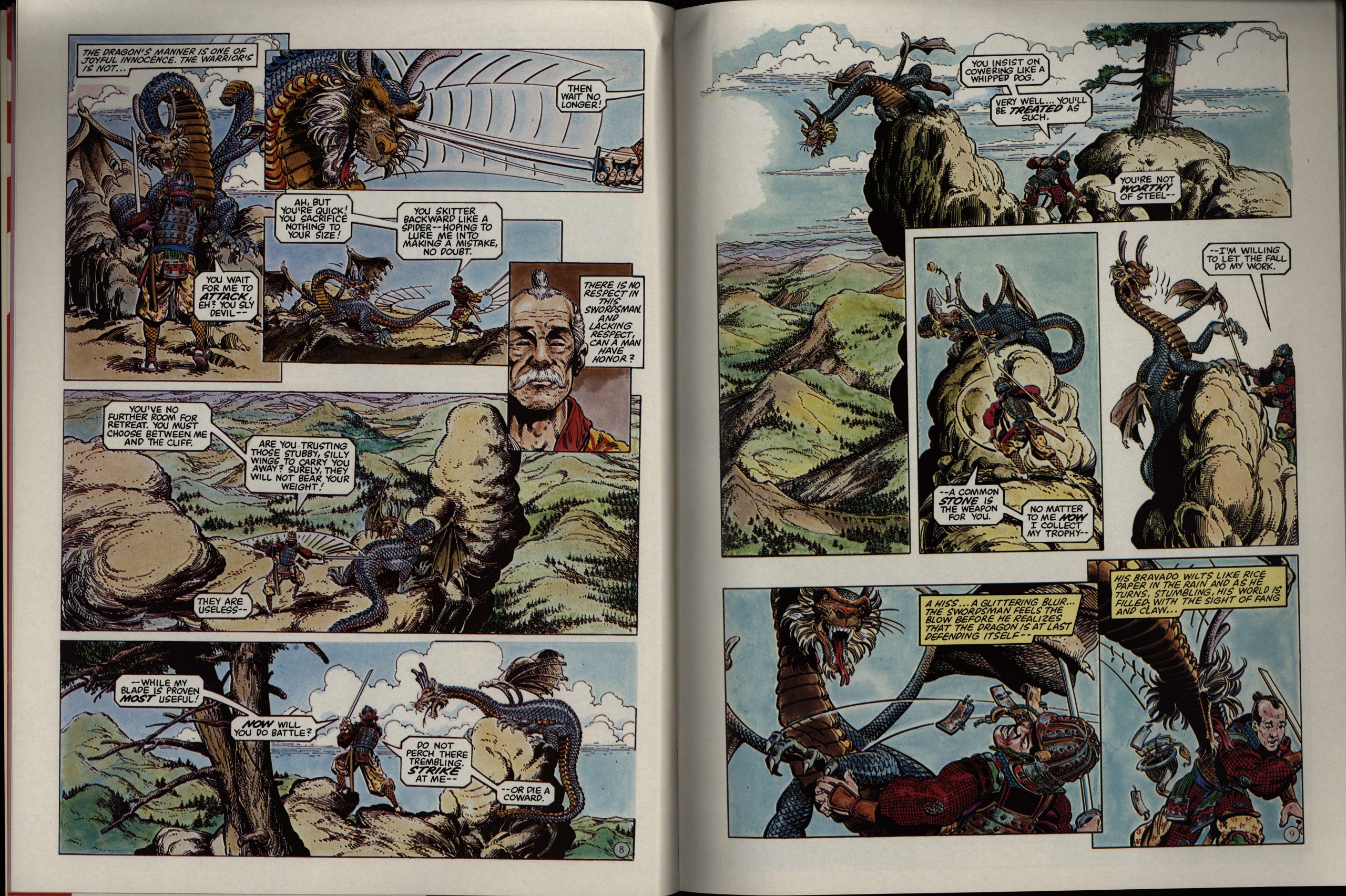 It’s printed on the standard Epic shiny, heavyish stock, but… it doesn’t look as sharp as it could? The washed-out colours may be an aesthetic choice, but the ink looks a bit smudged. 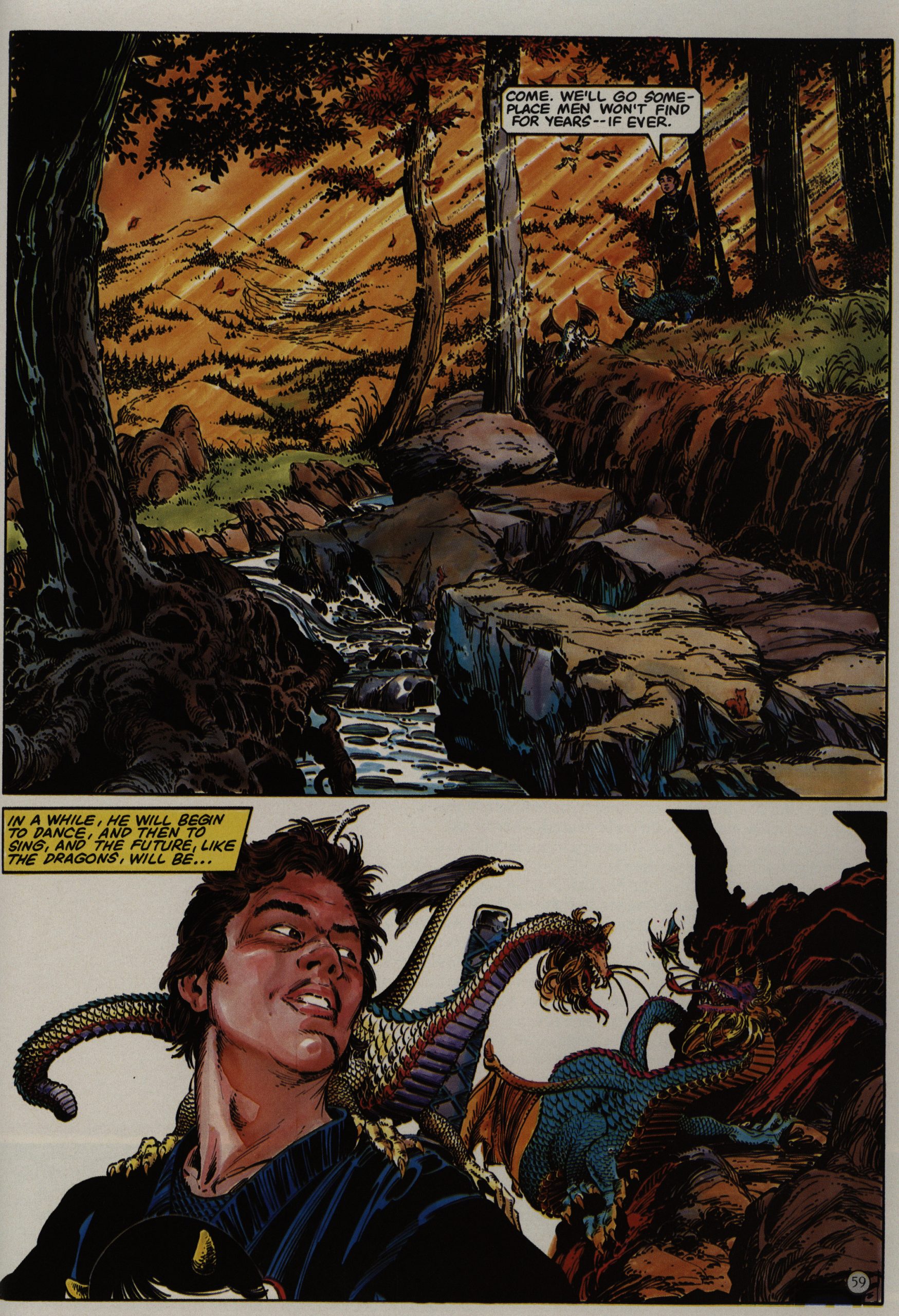 According to Amazing Heroes, additional pages have been added to this edition. I did not re-read it now, but I flipped through it and it mostly seemed familiar to me, so it probably wasn’t a huge number of pages? 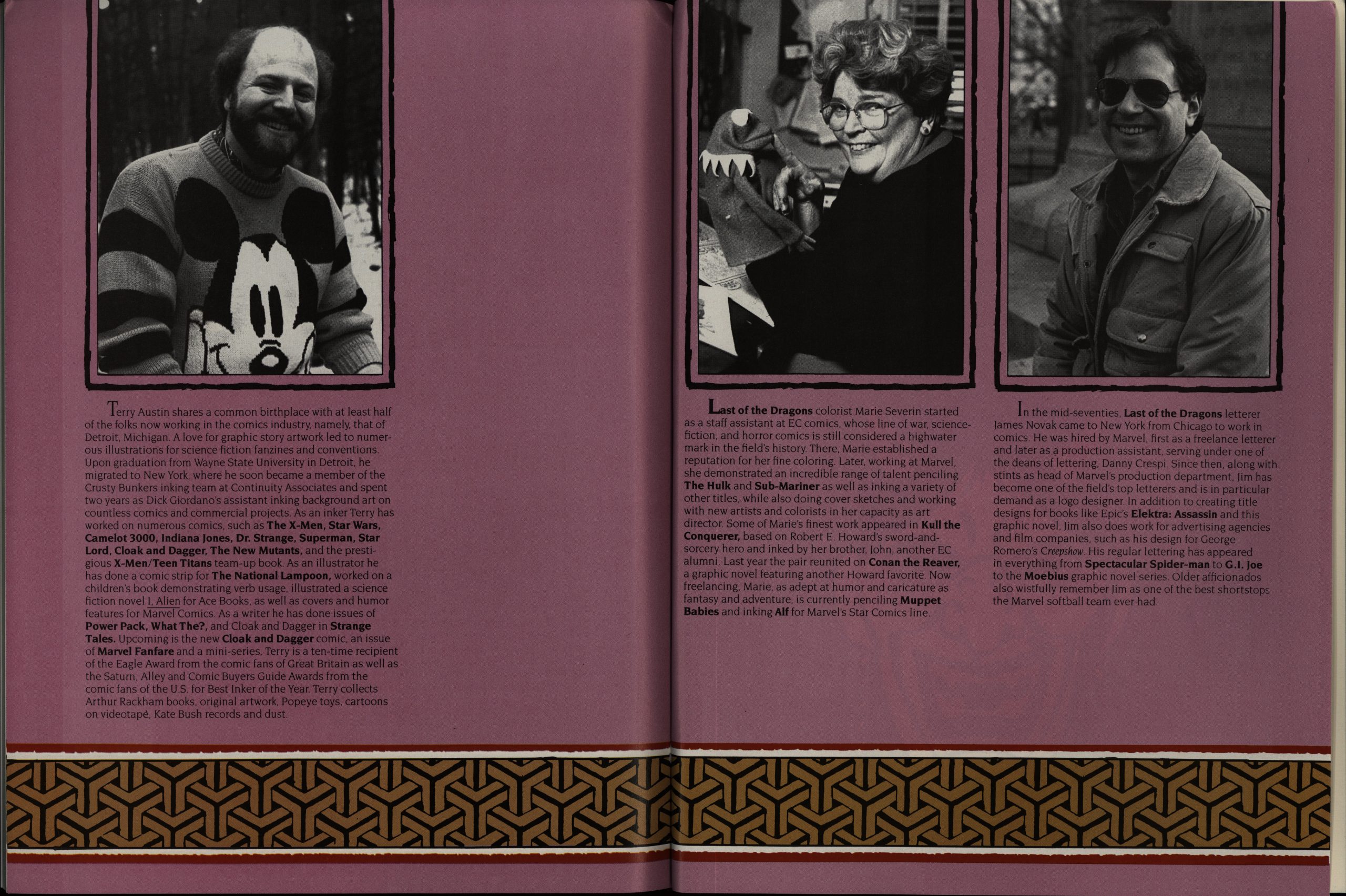 Unusually enough, all the people involved get a bio — even the letterer.

I could find no contemporaneous review of the book, but:

`Dragons’ was one of the best, and perhaps THE best, comics to appear in the entire run of ‘Epic Illustrated’. It not only took advantage in the interest in All Things Japanese that marked the early 80s, but it featured a very well-organized and engaging storyline from Carl Potts, one that works in ancient Chinese and Japanese mythology, ninjas, violent combat, Kung Fu, and, of course, dragons. What more could you want !

This is a magically compelling tale for fantasy fans and mature readers: an utterly delightful cross-genre romp and one more masterful tale to add to the “why is this out of print?” list.

Oh, it’s out of print? No, Dover reprinted it a few years after the previous review.