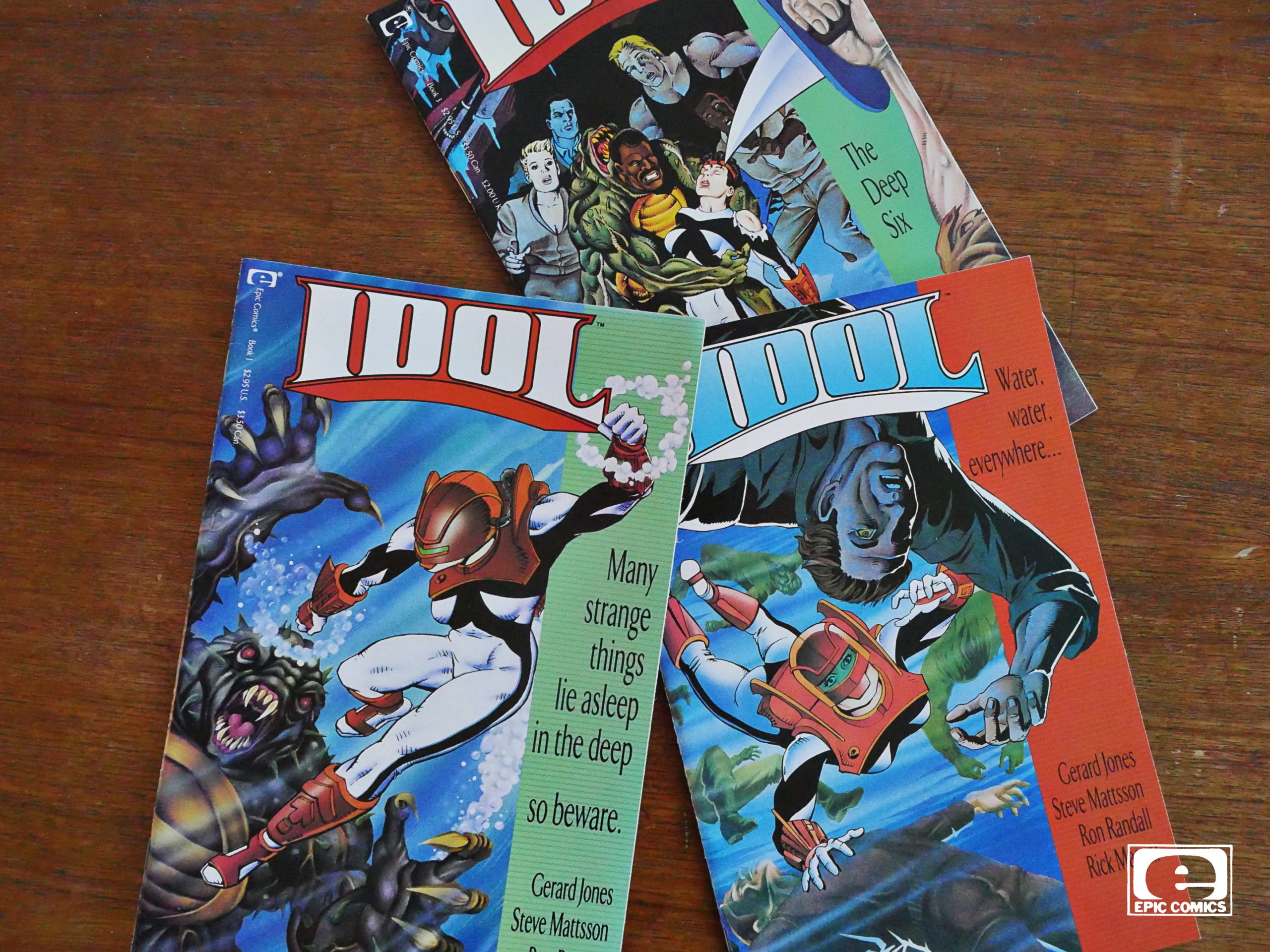 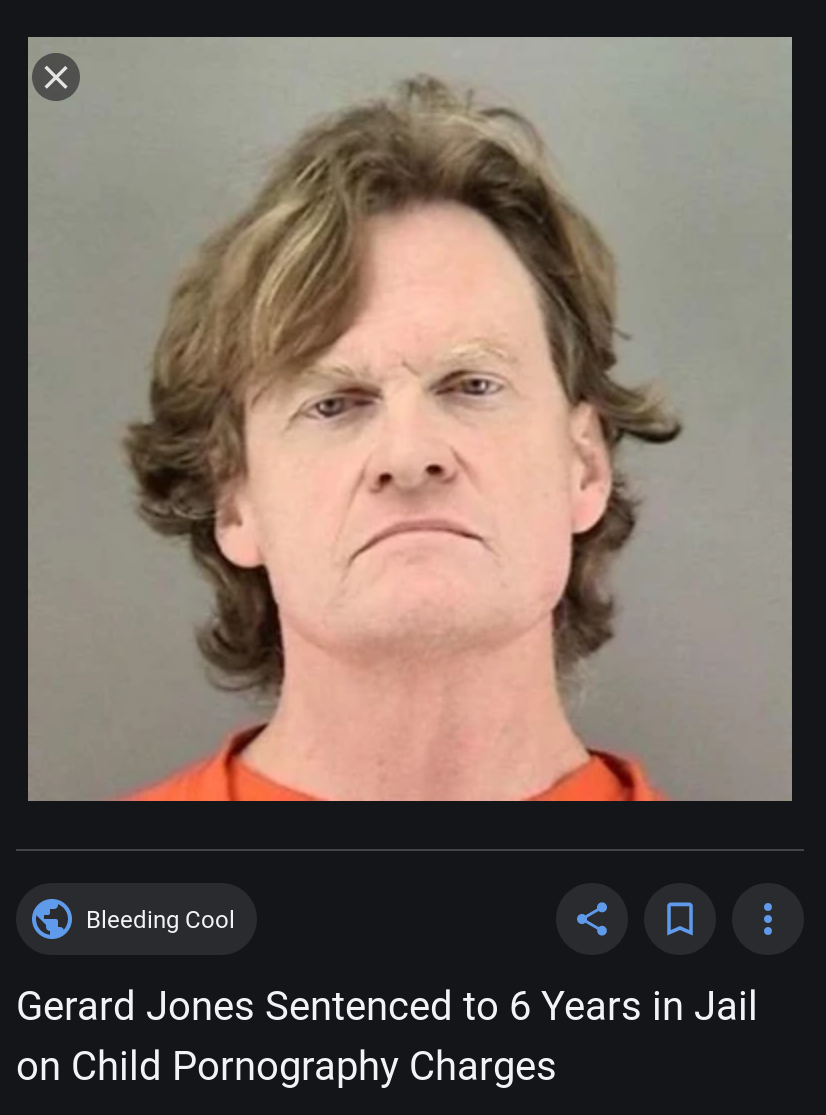 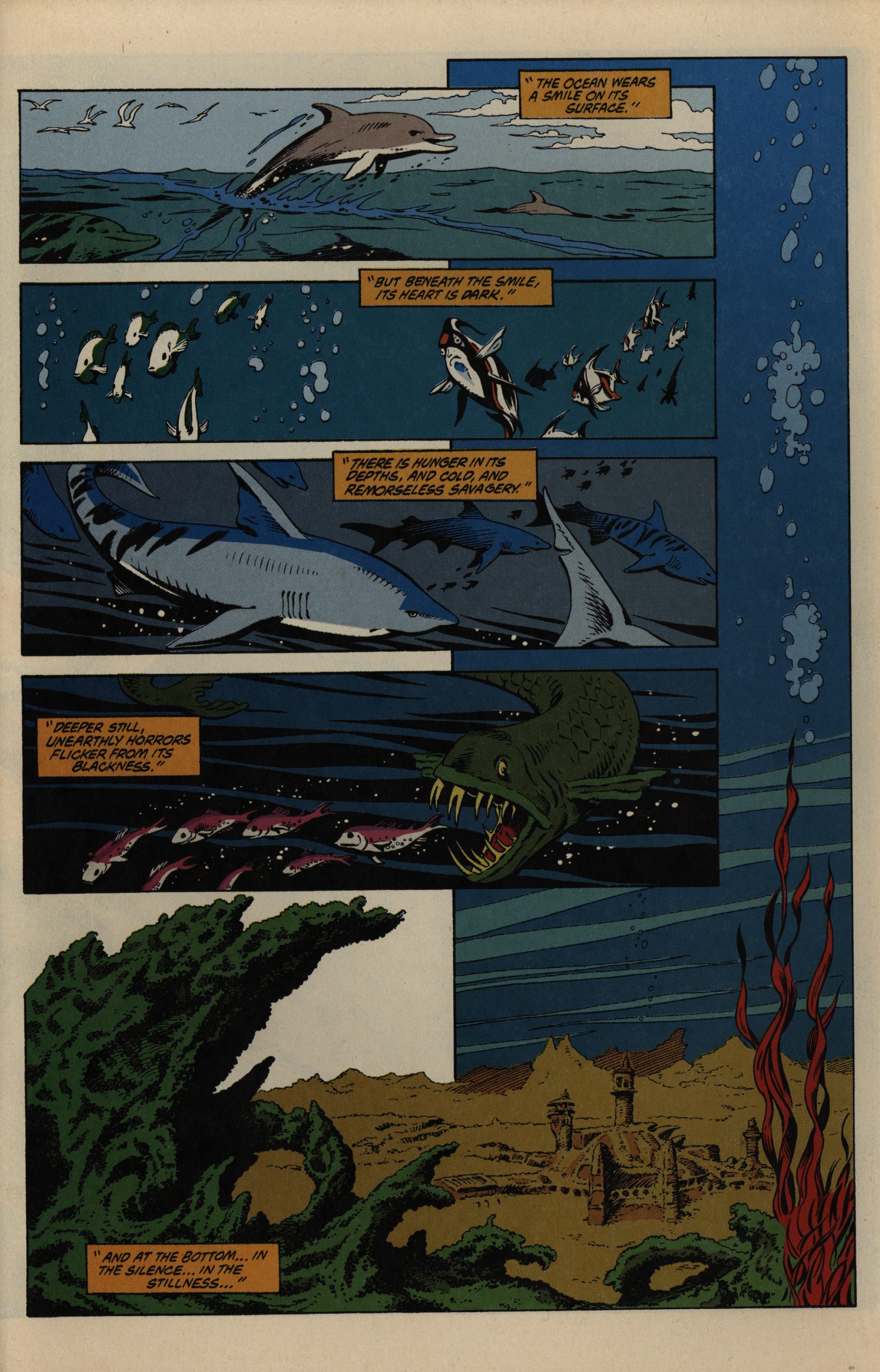 This starts off in a really portentous way and I’m like *sigh*.

But then it turns all meta, which is fun. It’s a very knowing book. 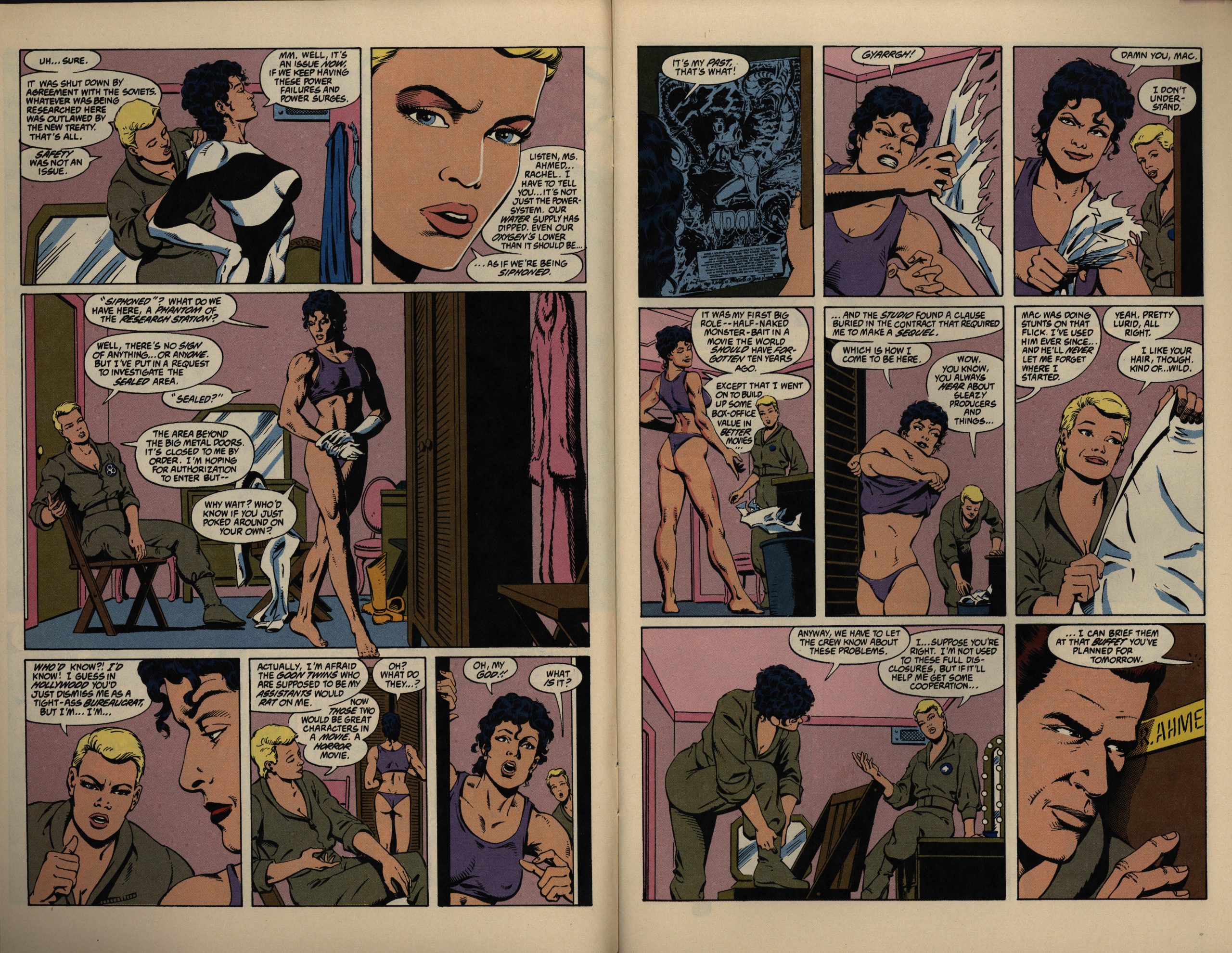 It’s a classic set-up for a sci-fi/horror movie: You’ve got a bunch of people in a contained area (an underwater bio-weapons research station), and a plague that turns people insane, and lots of intrigue and counter-intrigue.

The problem with the setup here is that the people involved are making a movie, which is a fun twist in and of itself, but the creators haven’t really been able to come up with anything to justify them doing a film on an underwater research station.

The evil guys wants them there so they could… ship power and supplies… to the station. Which is pretty flimsy. But even so, it sounds like a massively expensive thing for the studio to do, so it’s…

I think I know what they’re trying to say with the Othello/Iago thing, but what they are actually saying is that he’d like to be in blackface.

And also… the substance for playing the beefcake role? What? 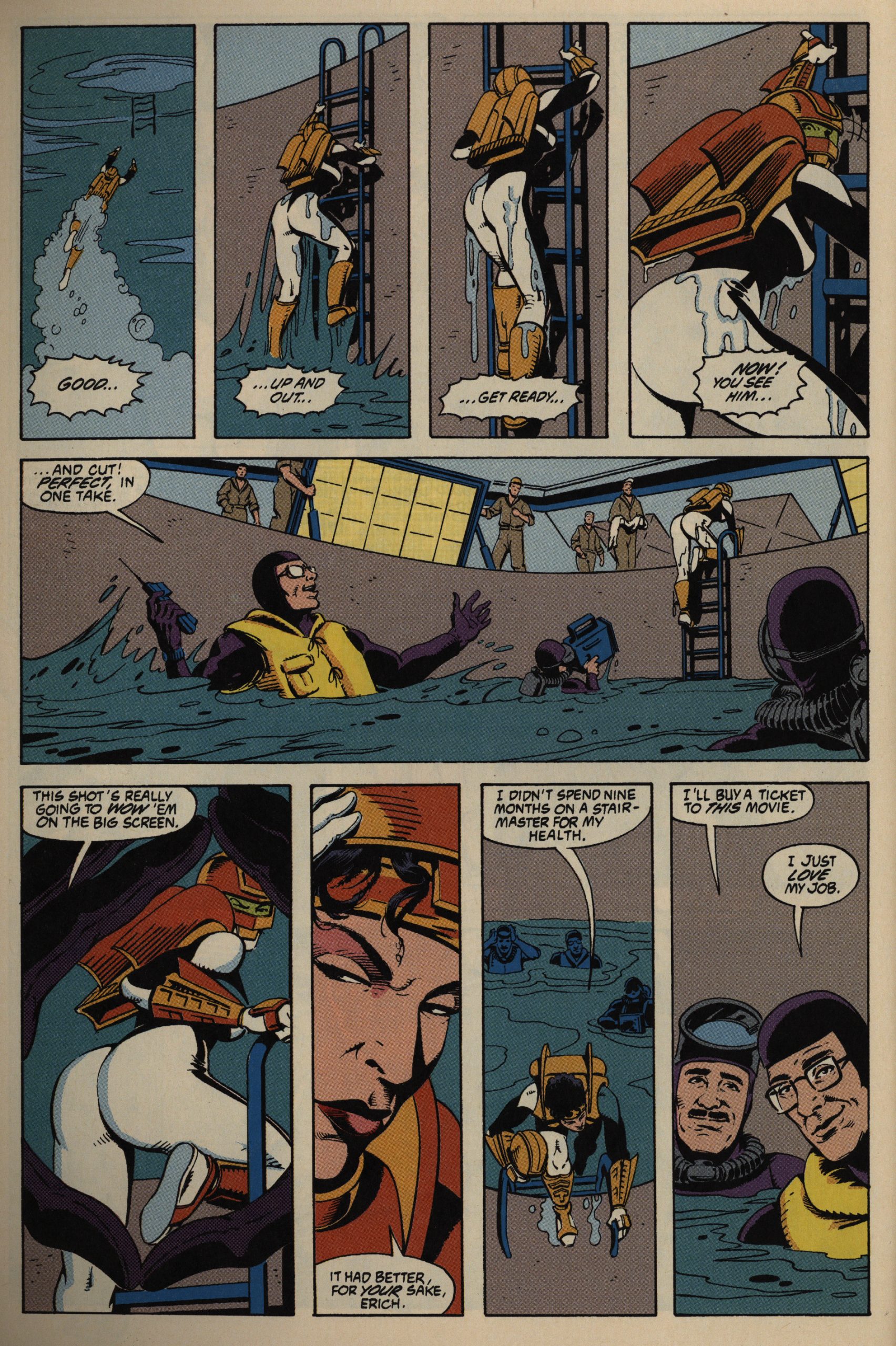 There’s that “knowing” thing again… Lots of tits and ass for the readers, and then tweak their noses by going meta. 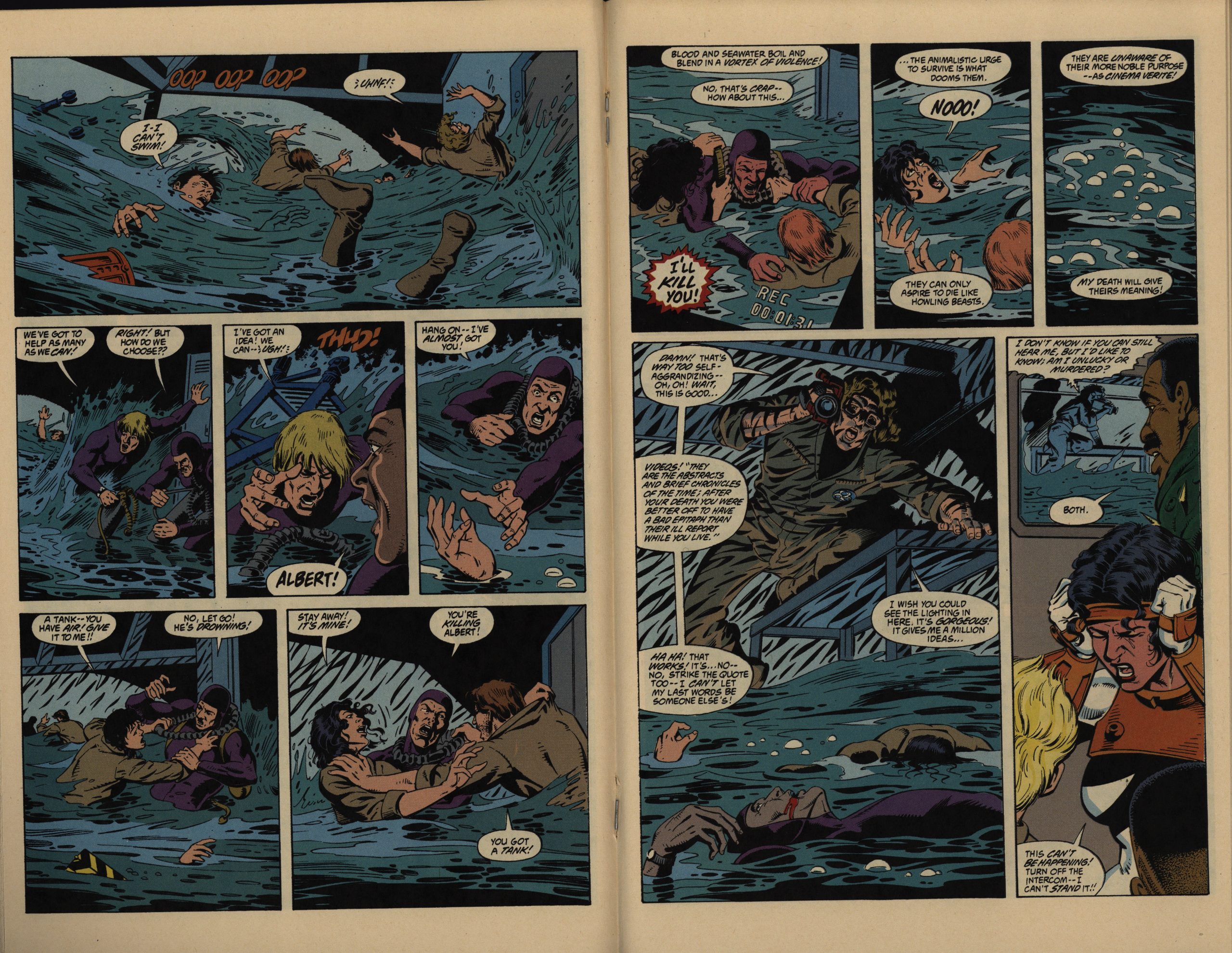 But all in all, it’s a pretty entertaining story. It’s in Epic’s standard format around this time (48 pages), and the artwork’s very straightforward. However, some of the scenes just don’t make much sense if you stop to think about it: How did those three die? They couldn’t have drowned, because there’s a bunch of shelves and stuff to cling to. Did they stab each other?

No, I think they died just because that’s what the writers said they did, so that they could do that rant from the director (on top of the shelf). 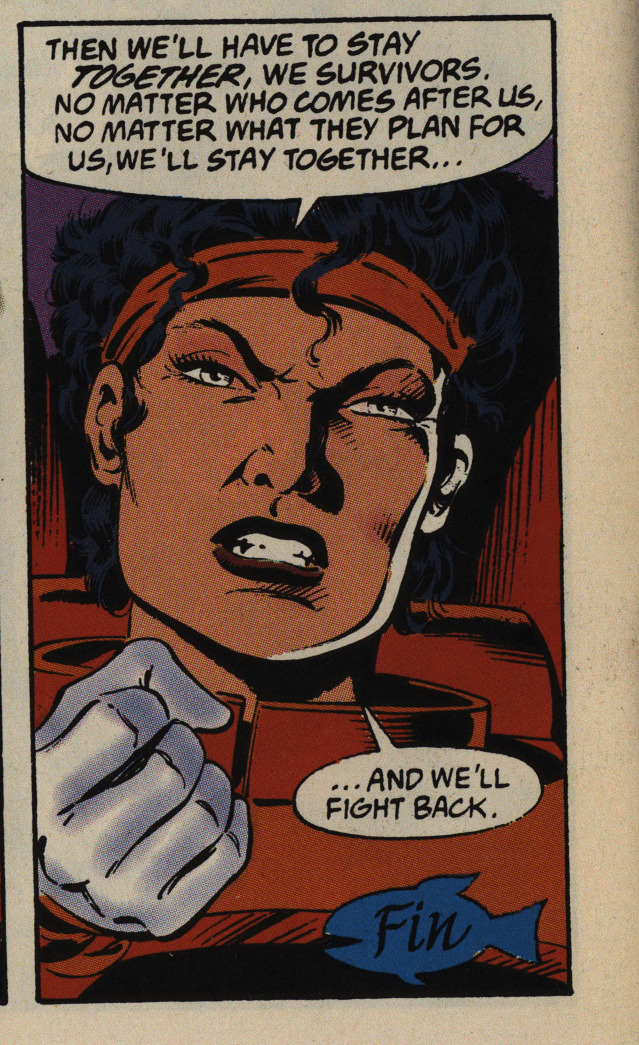 The ending is less than satisfying. But you have to like that “fin”.

Idol is a three-issue Epic mini-series
detailing sabotage and treachery while
the filming of a movie at the bottom
of the ocean. It’s pretty good high
adventure as these things go, and
nicely light compared to the horror
books that seem to fill the Epic line
right now.
A movie similar to The Abyss is
being filmed at a Navy base on the
bottom of the sea. Artistic egos clash
during the filming. But what’s more
important is that somebody seems to
be sabotaging the film and the navy
experiments going on there. There is
also some sort of toxic gas in the base
theat somebody has turned loose.
This is a fun comic, exciting and
mysterious. If you’re looking for light
entertainment, you’ll probably like 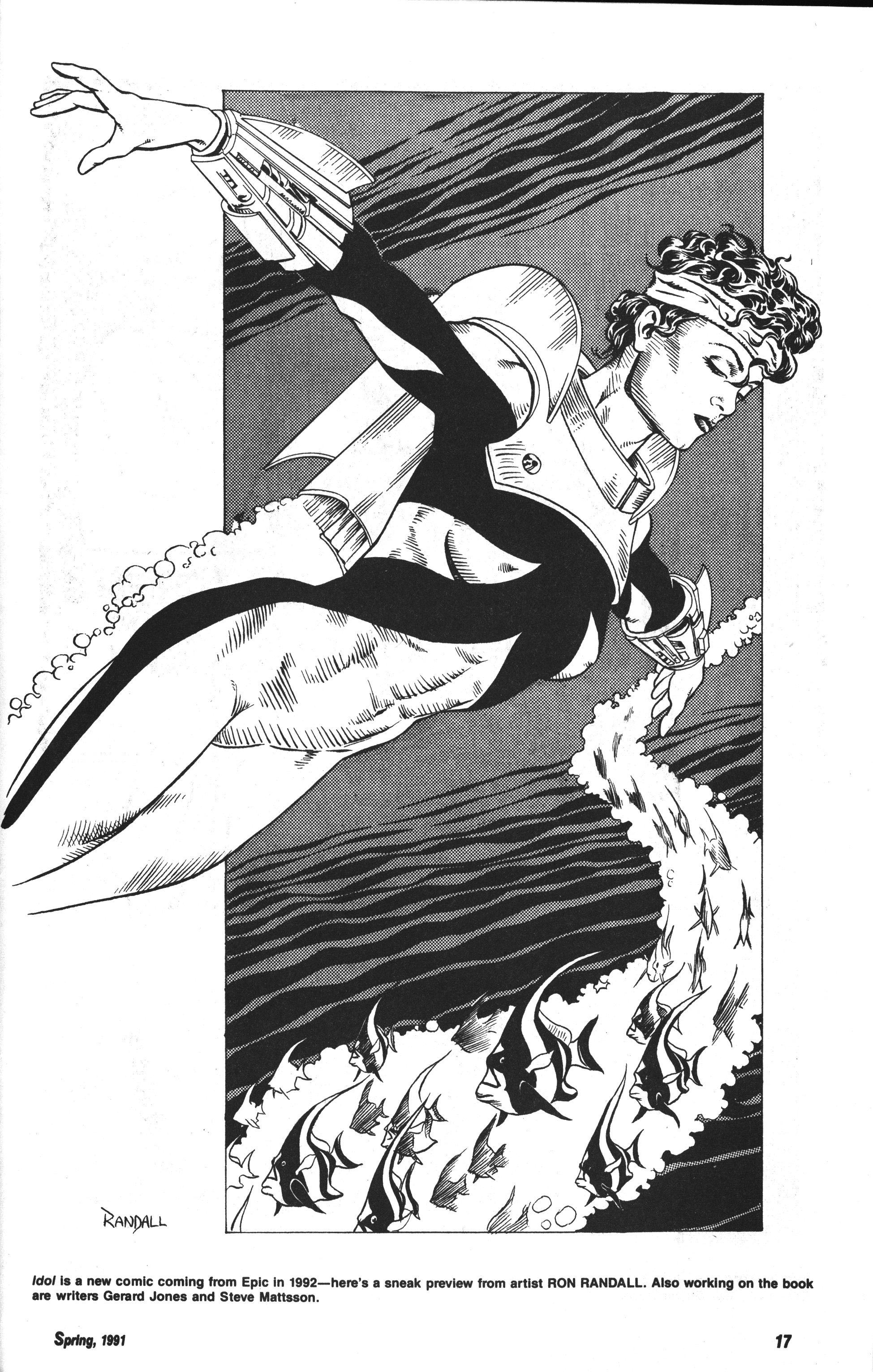