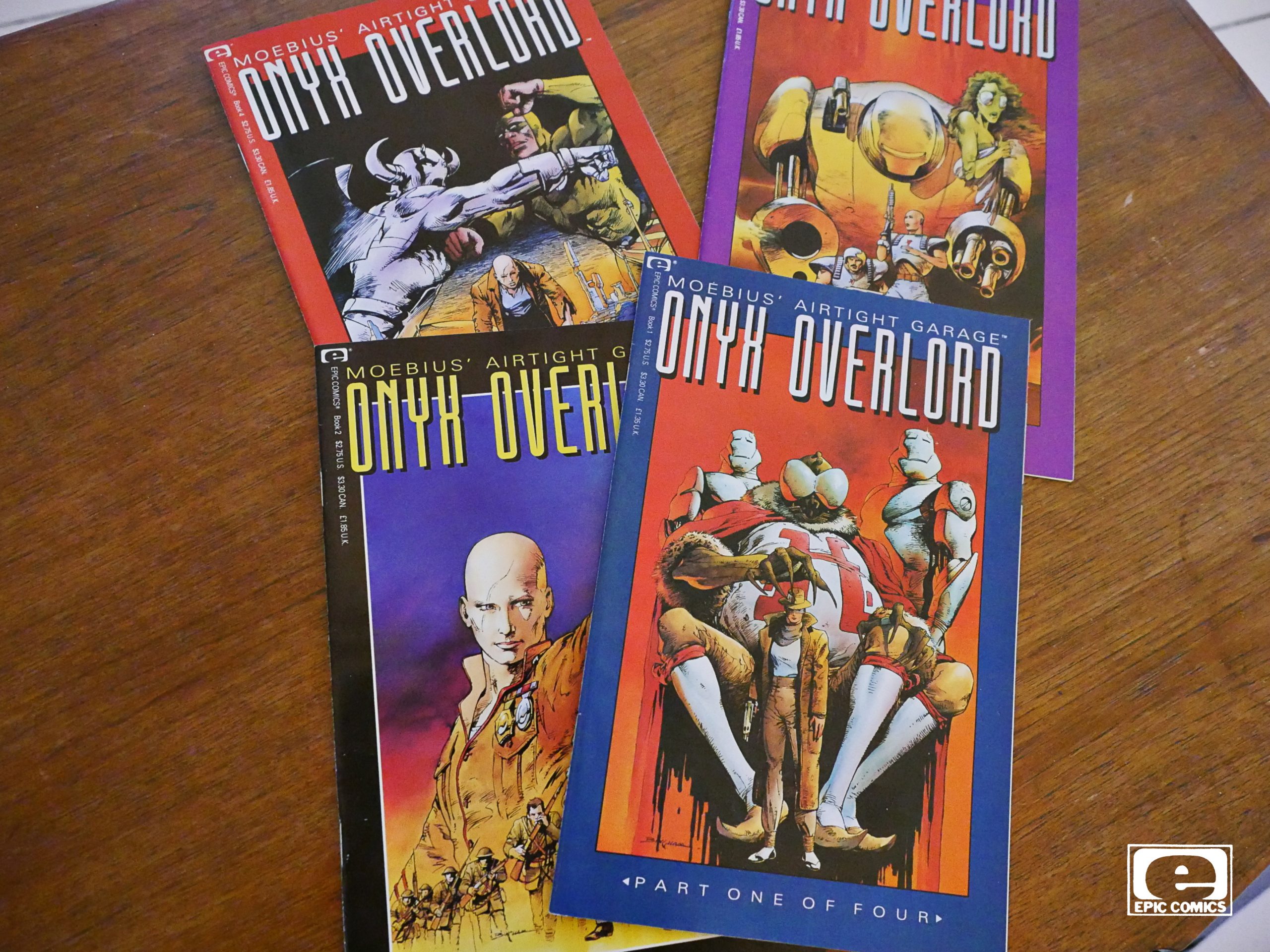 This is the second Moebius-universe spinoff series to be published by Epic. The first one, The Elsewhere Prince, had gorgeous artwork by Eric Shanower, at least… 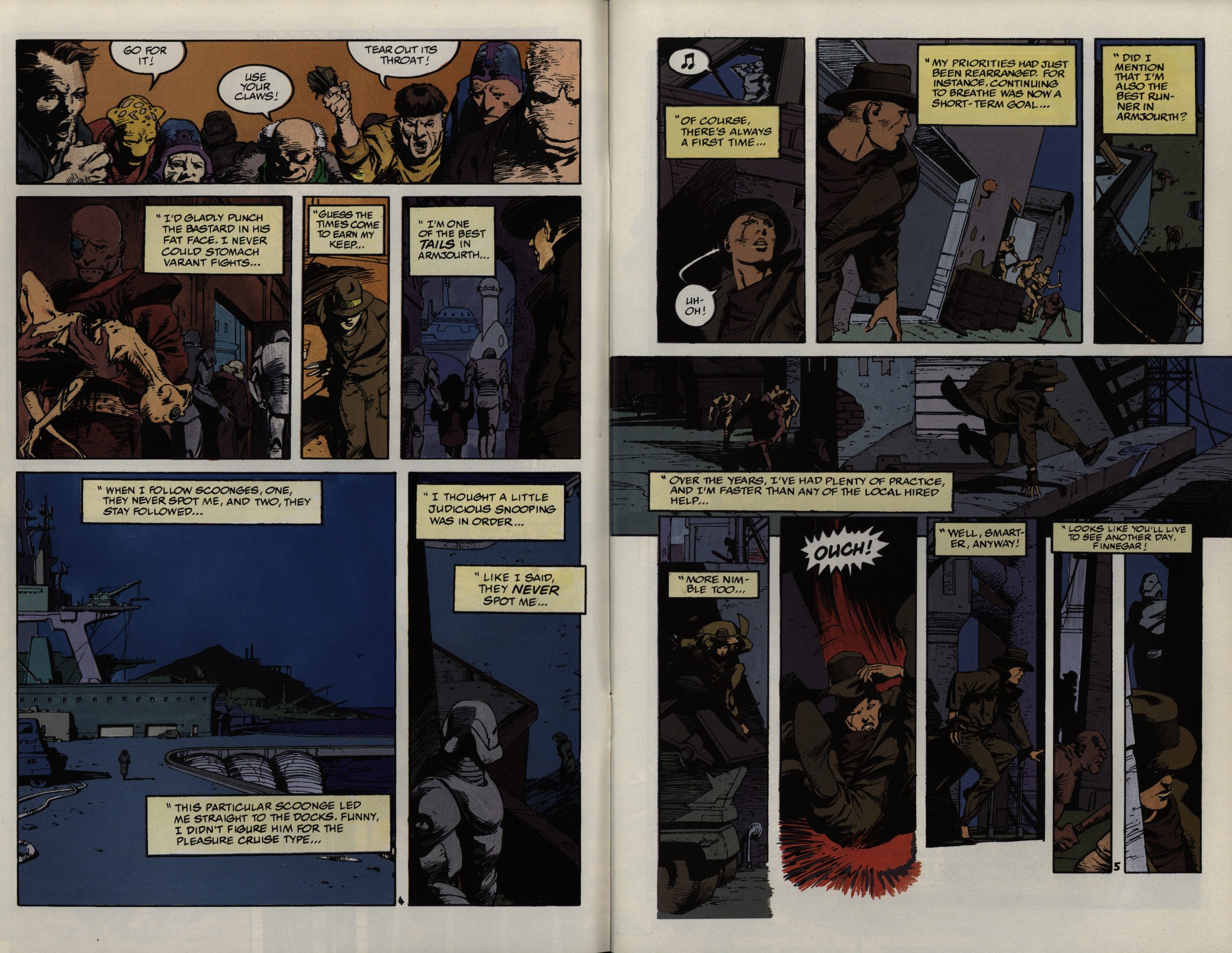 … and this one doesn’t. The artwork isn’t bad or anything, but it’s very, very far from Moebius’ aesthetic, and basically looks like a Batman comic a lot of the time.

The storytelling is also very old-fashioned, but I guess you could think of it more as pastiche than being outdated. And at least we’re dropped straight into the plot without a lot of faffing about. 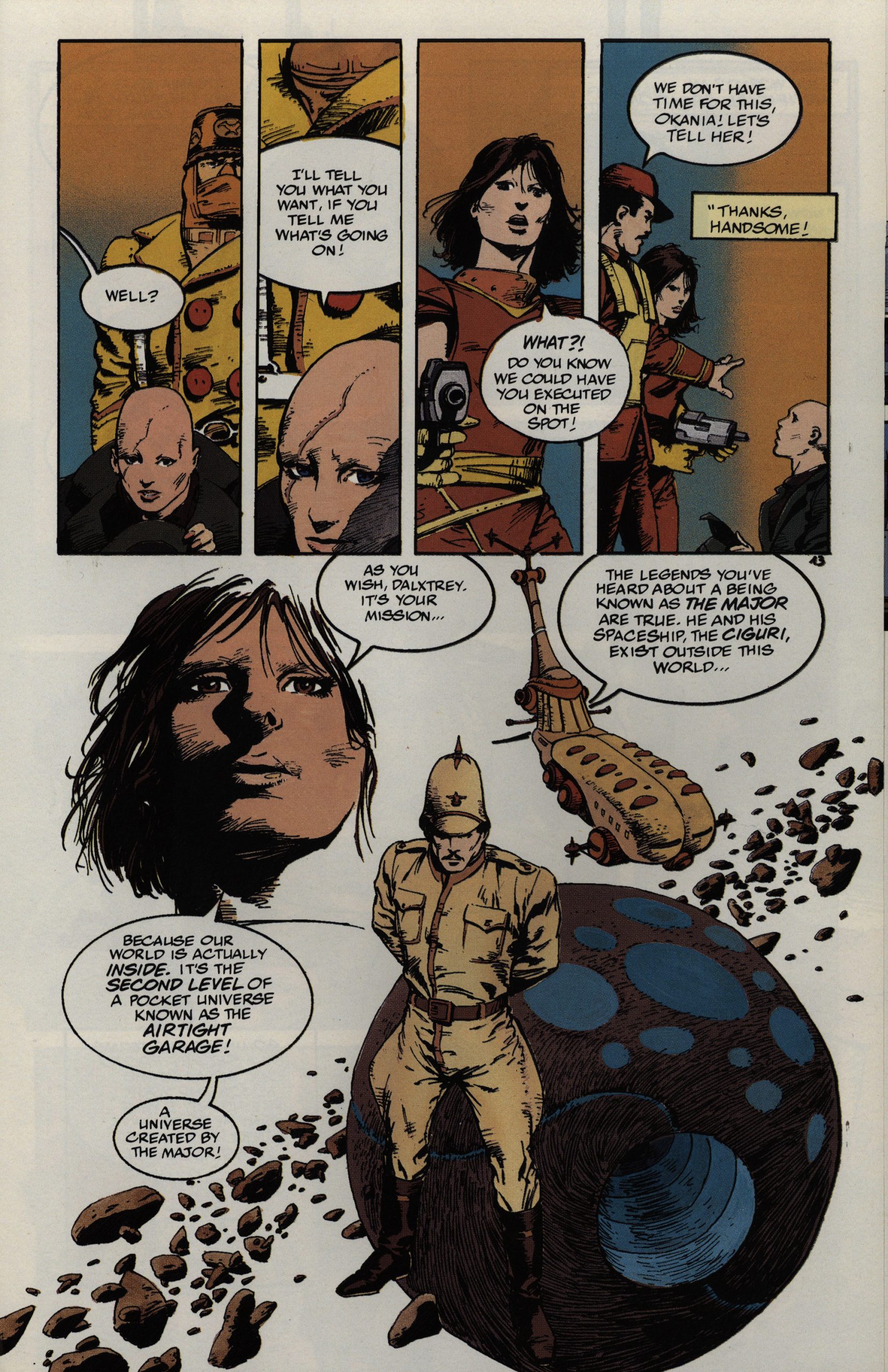 But after just a few pages of action, we get a bunch of exposition, and that never really stops until the series is over. Sure, lots of things happen, but it seems like the writer is more into explicating the universe than telling a story. 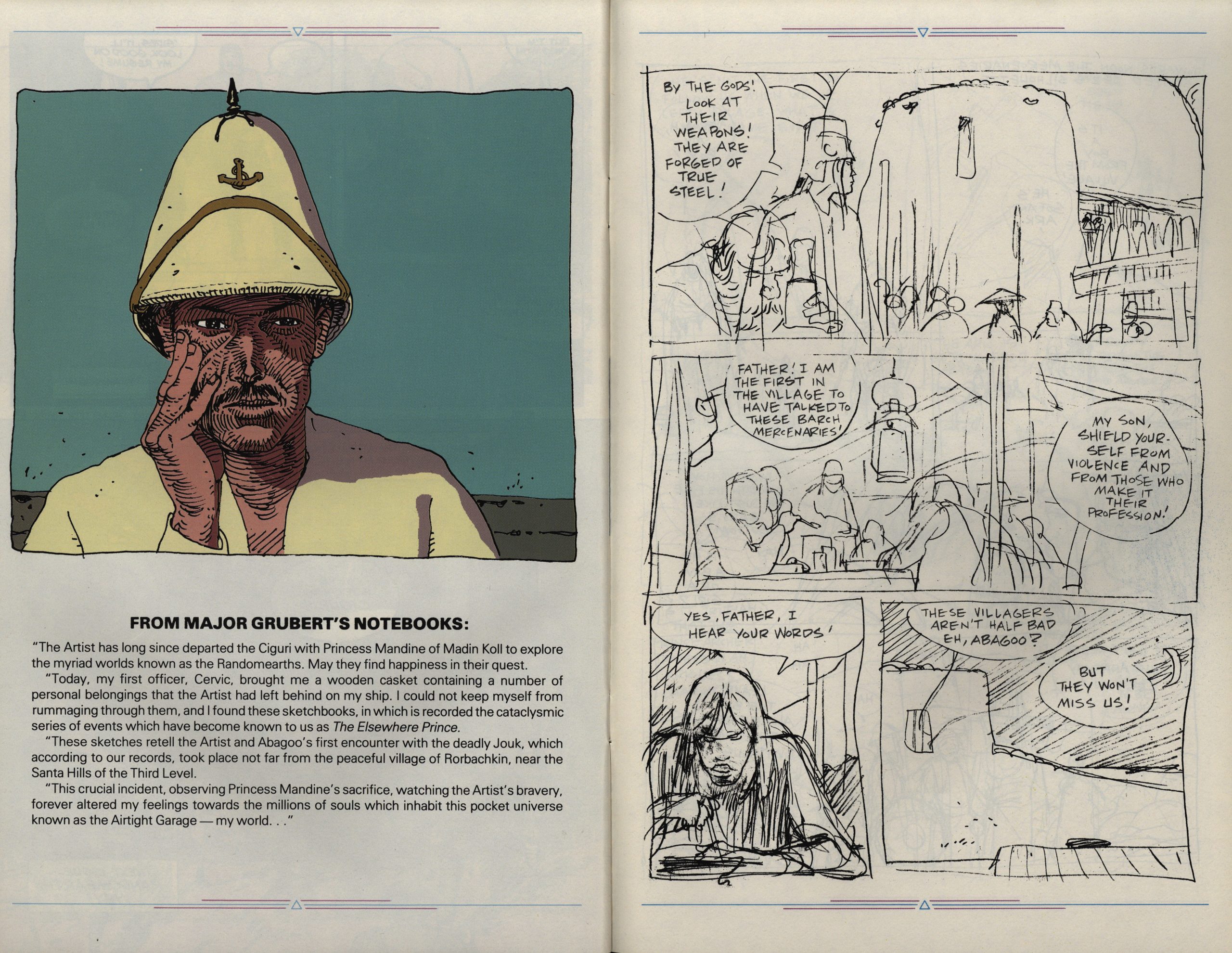 Few Epic comics have backup features: They usually have 28 story pages in a 32 page book, but here we get plenty of padding in the form of excerpts from what I interpret to being the layouts for The Elsewhere Prince. It’s not presented as such explicitly, though, but I don’t see what else they could be. 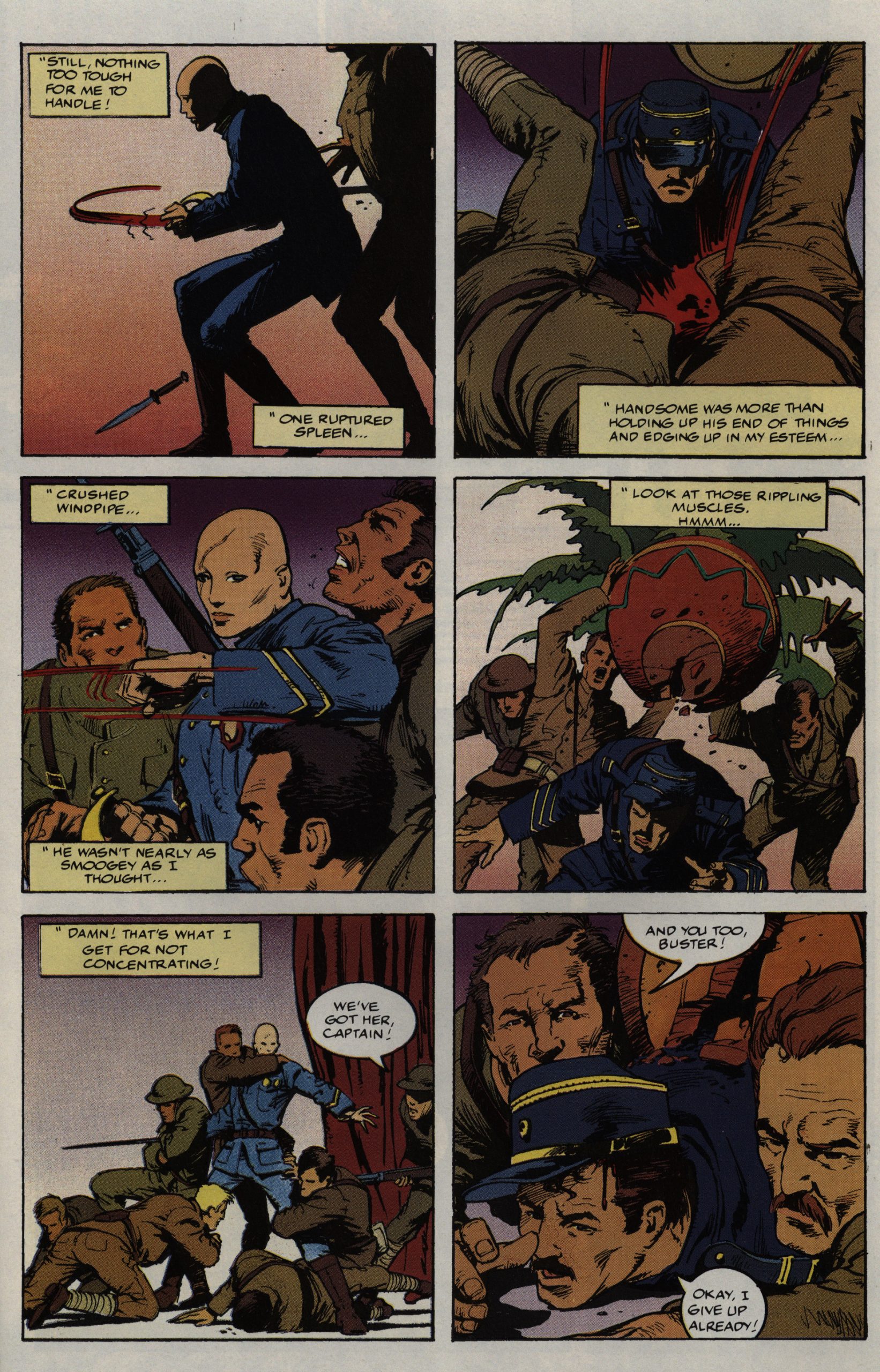 You’d think that if you have about 90 pages to tell a story, you’d tell a single story, but instead the series is kinda episodic. In the second issue, they’re in an alternate world doing the Mexican/American war or something, for instance.

And note our (female) protagonist being distracted by the “rippling muscles” (of a fully-clothed man) and losing the fight. It’s a bit “eh?” 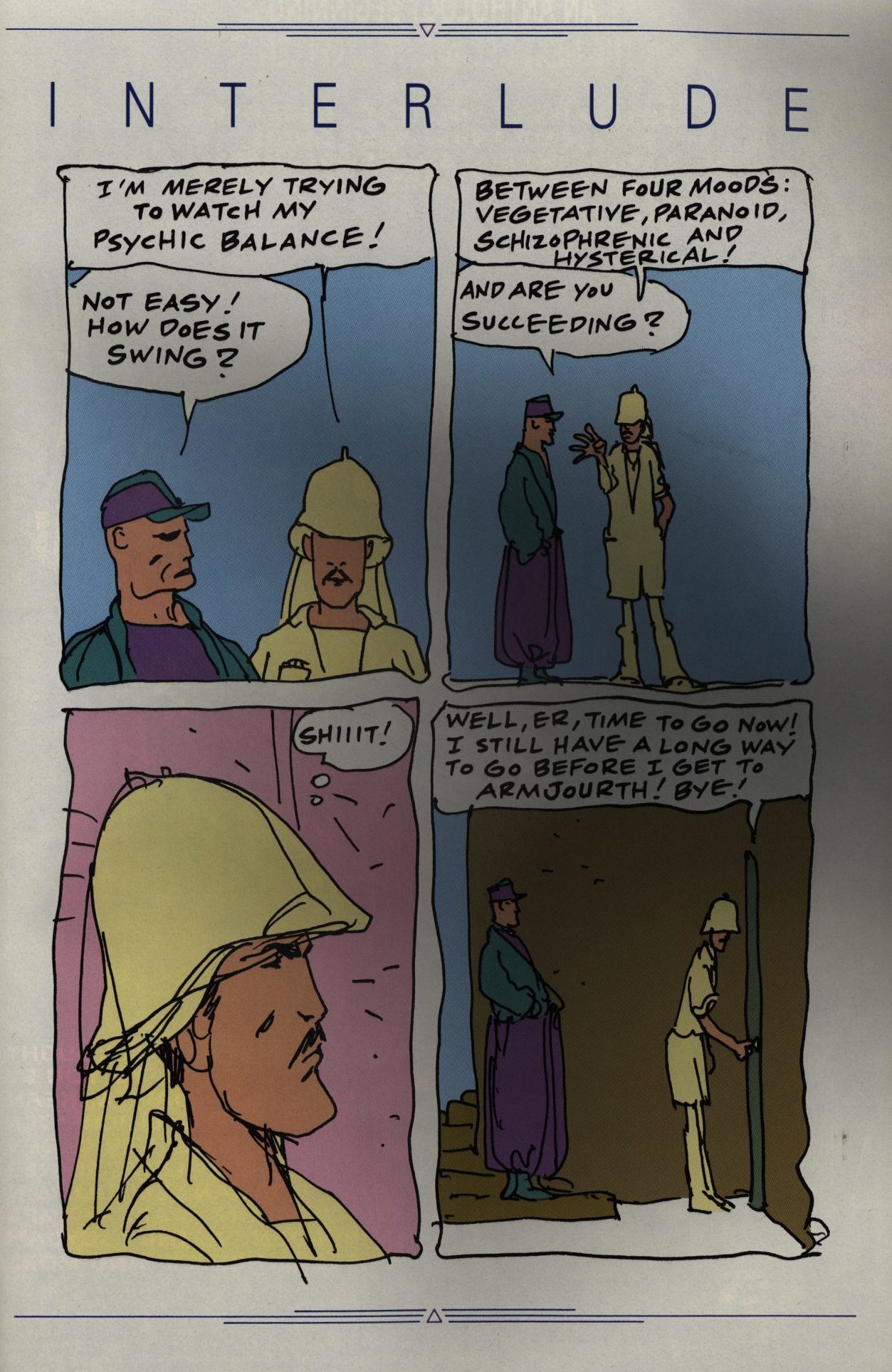 We get a couple of nonsensical bits probably culled from Moebius’ sketchbooks in the final third issues. (That’s all there is; it doesn’t continue.) 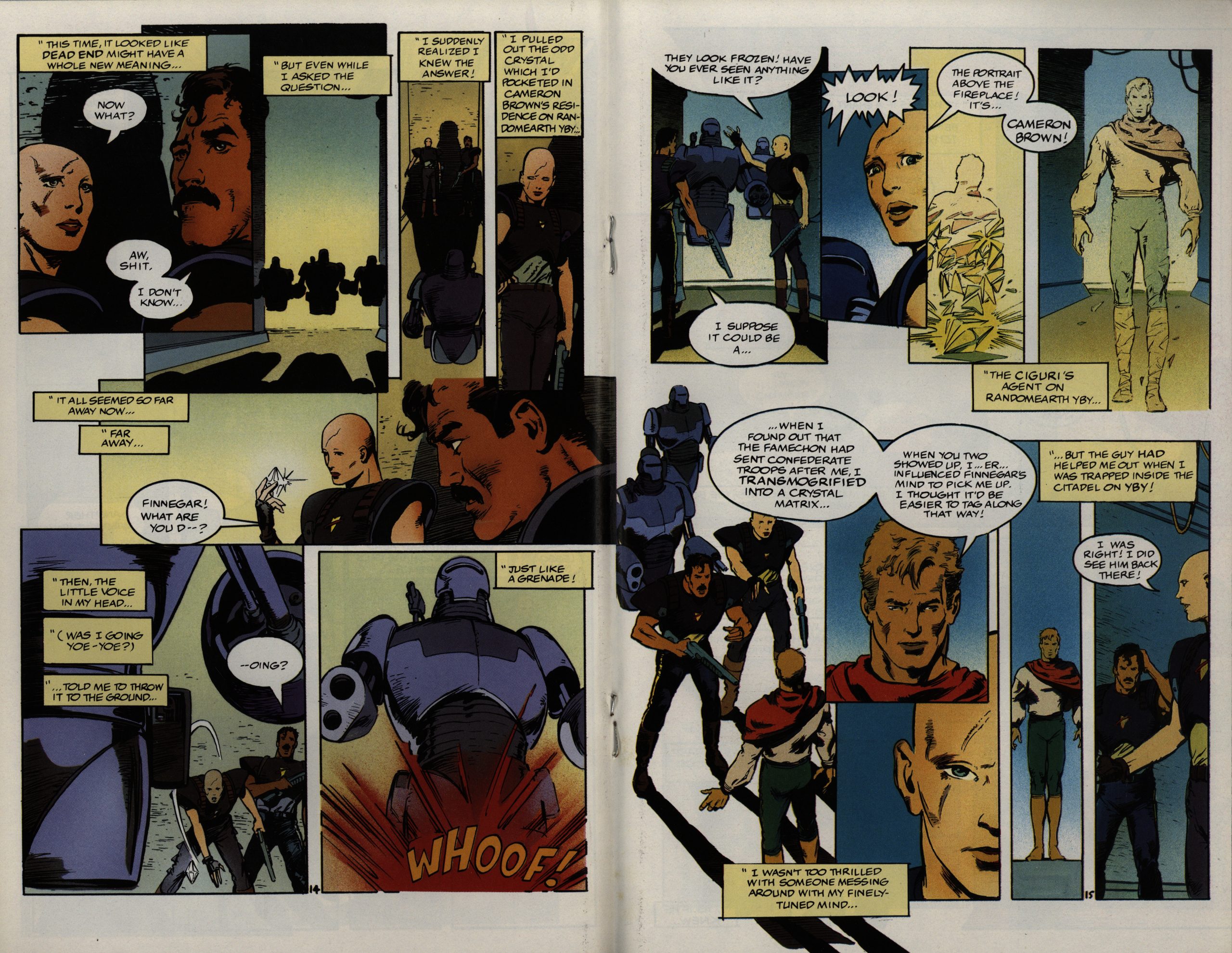 I know this is an Hermetic Garage spin-off, so you rather expect the plot to be somewhat nonsensical. But the Garage made up for it by being funny, and by having artwork by Moebius, and this isn’t, and it hasn’t. Instead it just seems badly plotted, with the actions of the protagonists not really amounting to much, because we get a deus ex machina resolution to most of the plot points. 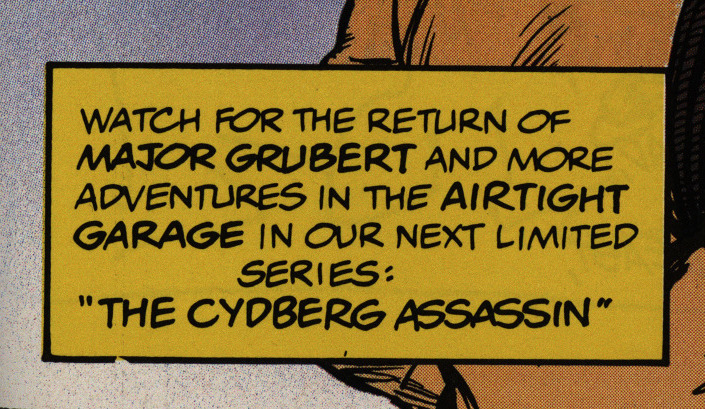 But it’s quite possible that my lack of patience with this book has less to do with the book itself, and more with me being impatient with getting this blog series done? I mean, we’re getting closer to the end…

I don’t think so, though: This series just seem like a hodge-podge to me.

We’re promised a subsequent series set in this universe: The Cydberg Assassin. That never happened, but there’s a trading card, at least: 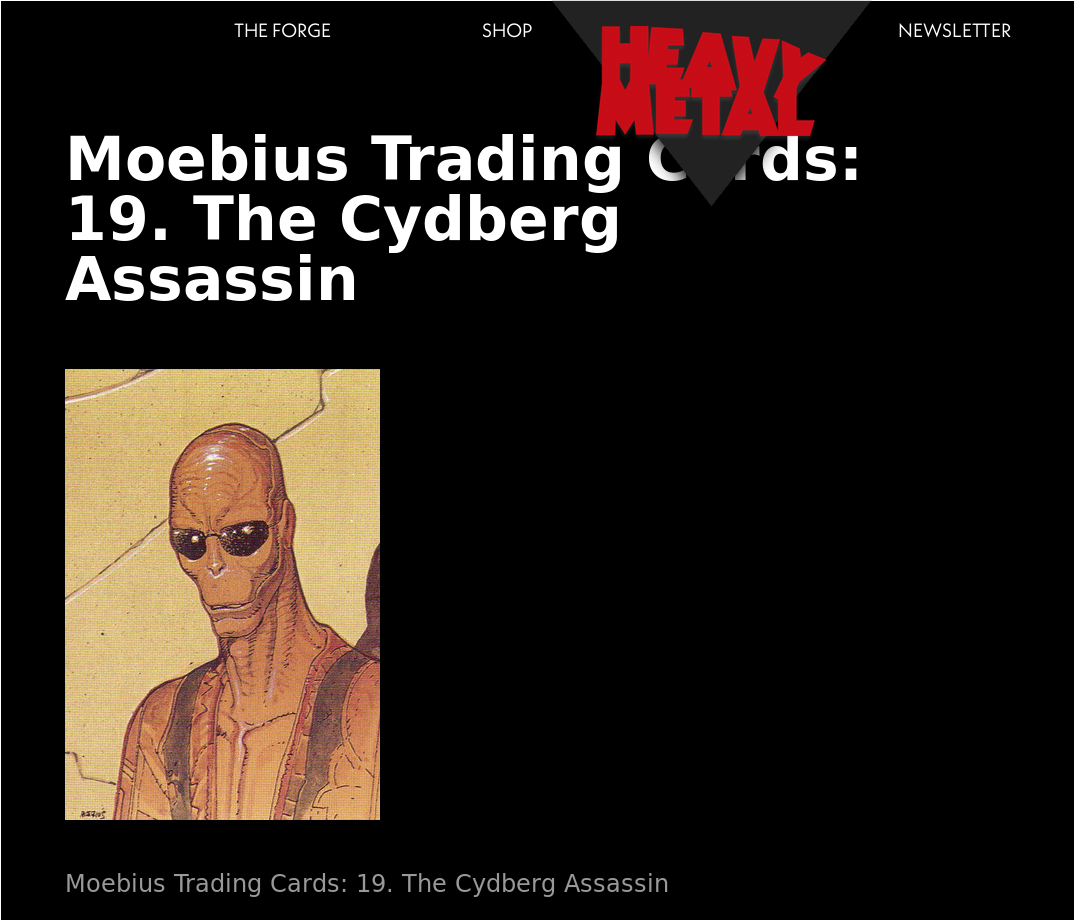 Perhaps Onyx Overlord didn’t sell? Or perhaps Moebius grew impatient with the results? I have no idea; just guessing.

Moebius himself took over the Garage with The Man From Ciguri (from Dark Horse), which he wrote and drew himself.

This series has never been reprinted in English, but it was given a French translation. This person wasn’t impressed:

I enjoyed the first issue, but this went no where. I was interested in reading a Moebius scripted story – as many of his stories seem very improvised – I wanted to see how he would direct another artist. Unfortunately this was scripted by someone else based off a story by Moebius.

I was unable to find any other reviews, so I’m guessing it didn’t make much of an impact.