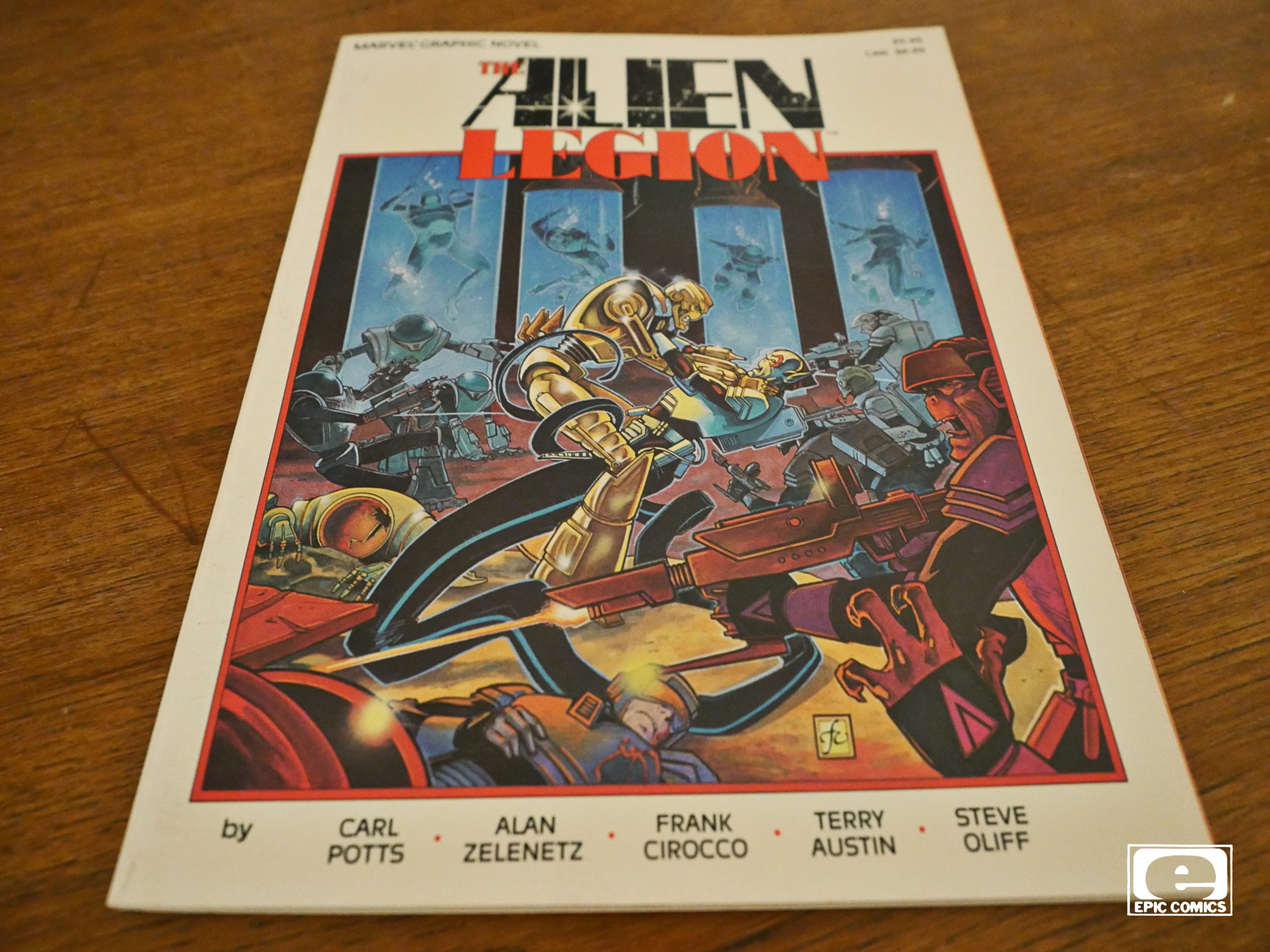 Marvel Graphic Novel: The Alien Legion (1986) #1
by Alan Zelenetz, Frank Cirocco and others

The main attraction is having Cirocco back doing the artwork. He was the original artist on the series, but dropped out.. to do this graphic novel as a sort of goodbye to the franchise, I guess.

Sergeants are gonna sergeant, I guess. 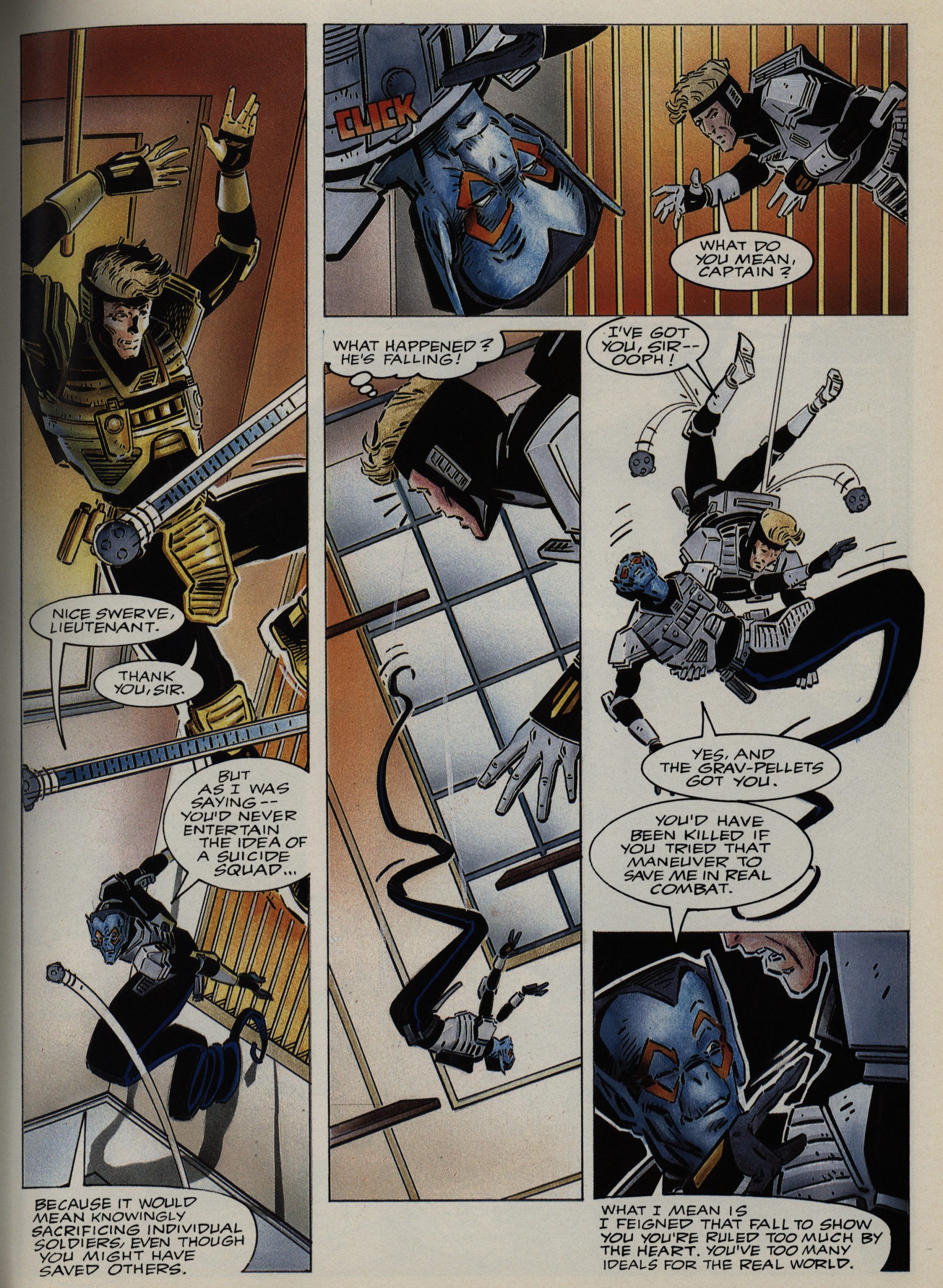 The snakey guy is the best character design, and he’s featured prominently here, which is a good idea. *sproing* 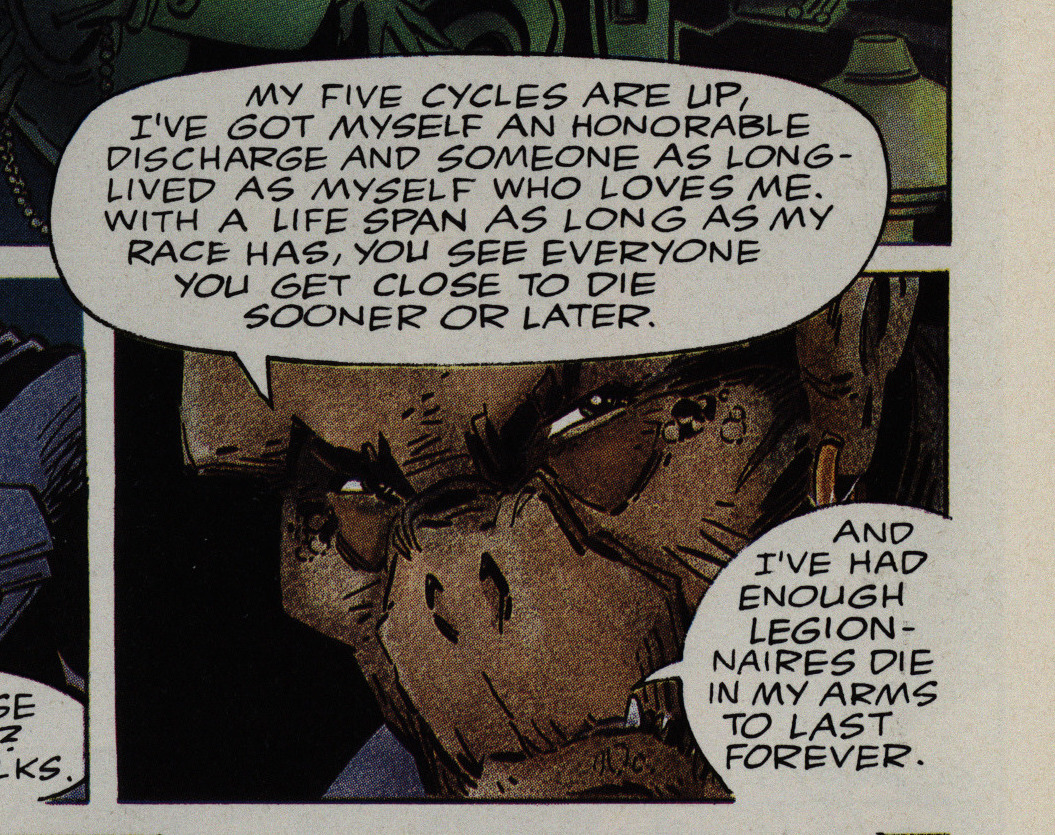 Many of the other Marvel graphic novels felt like nothing more than a long issue of whatever series they were doing, but this does have more of a graphic novel thing going on. I mean, it has some structure. That doesn’t mean that it’s not pretty standard fare: An old soldier is saying that his cycles are up, so he’s going to retire with his sweetheart. You know that can only mean one of two things: His wife-to-be will be killed on the next page, or it’ll turn out that she’s really a hooker and has dumped him. (It’s the latter.) In any case, he’ll sign up again. (He does.) 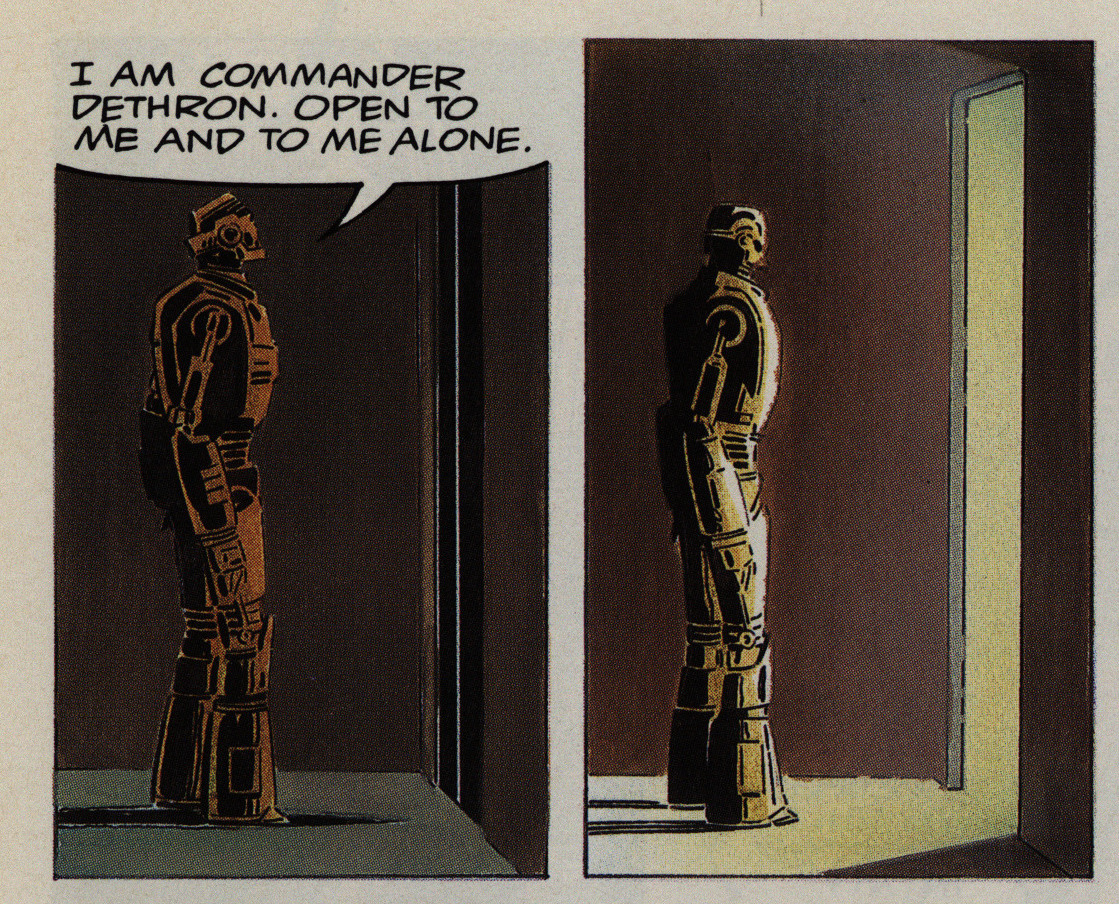 That’s what I always say to doors! Although I don’t call myself “Dethron”. But I definitely say “open to me, but not me alone”. Or something.

OK, I’m just trying to say that they’re going for this kind of thing, and it’s not entirely successful. 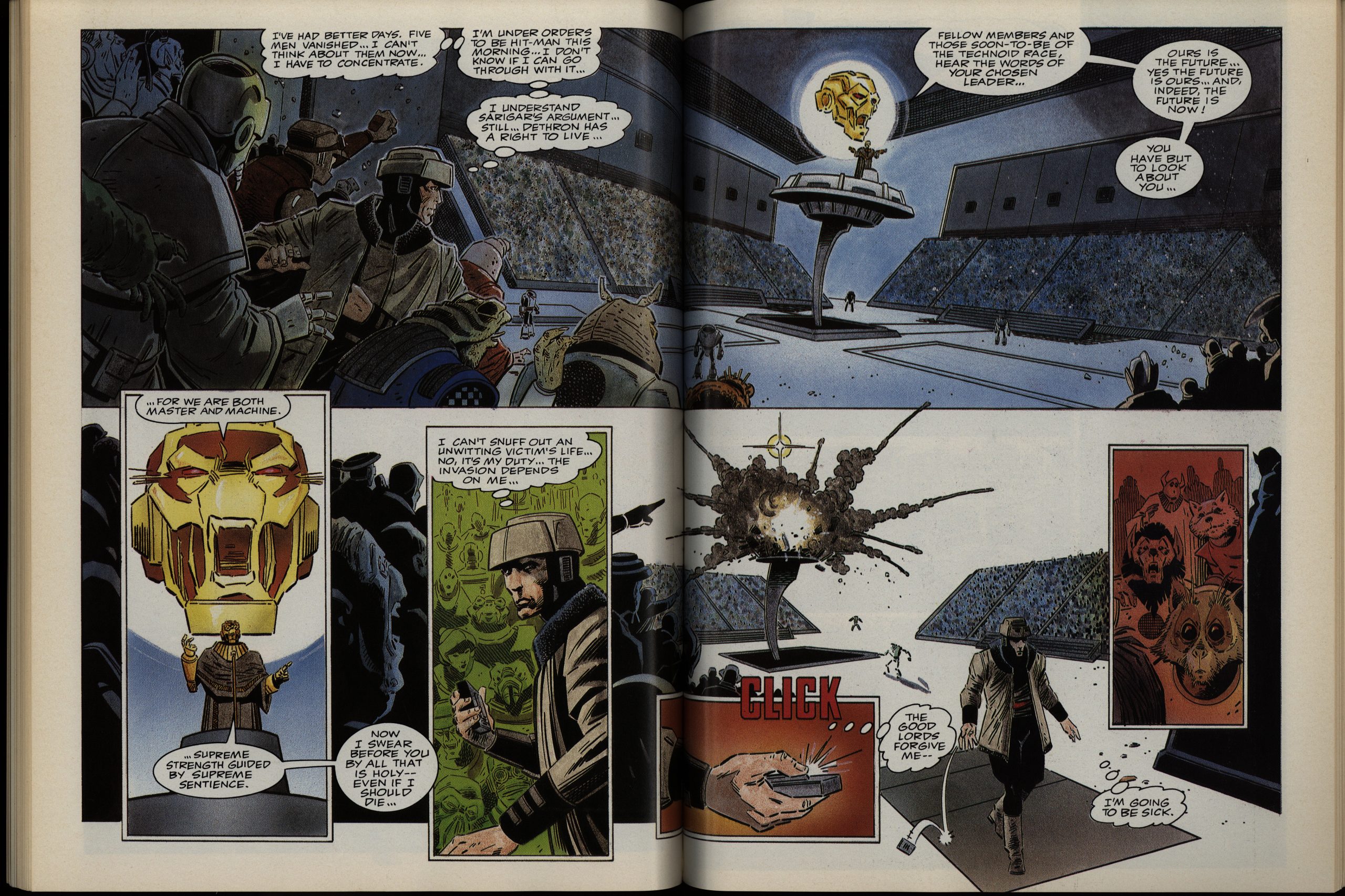 Moral qualms be damned — shouldn’t you at least look at the podium you’re blowing up?

Anyway. The artwork’s fine, and it’s… OK? Not really worth reading.

Terse, tense and compellingly action-packed, this imaginative yarn by Potts and Zelenetz is splendidly readable and instantly accessible to those unfamiliar with the series, whilst the larger pages allow Cirocco and Terry Austin’s magnificent art and the inspired colouring of Cirocco and Steve Oliff to leap out and grab the reader. Sheer space opera gold and well worth tracking down.

This blog will now take a short holiday. See you in … six days? Something like that.

One thought on “1986: The Alien Legion Graphic Novel”