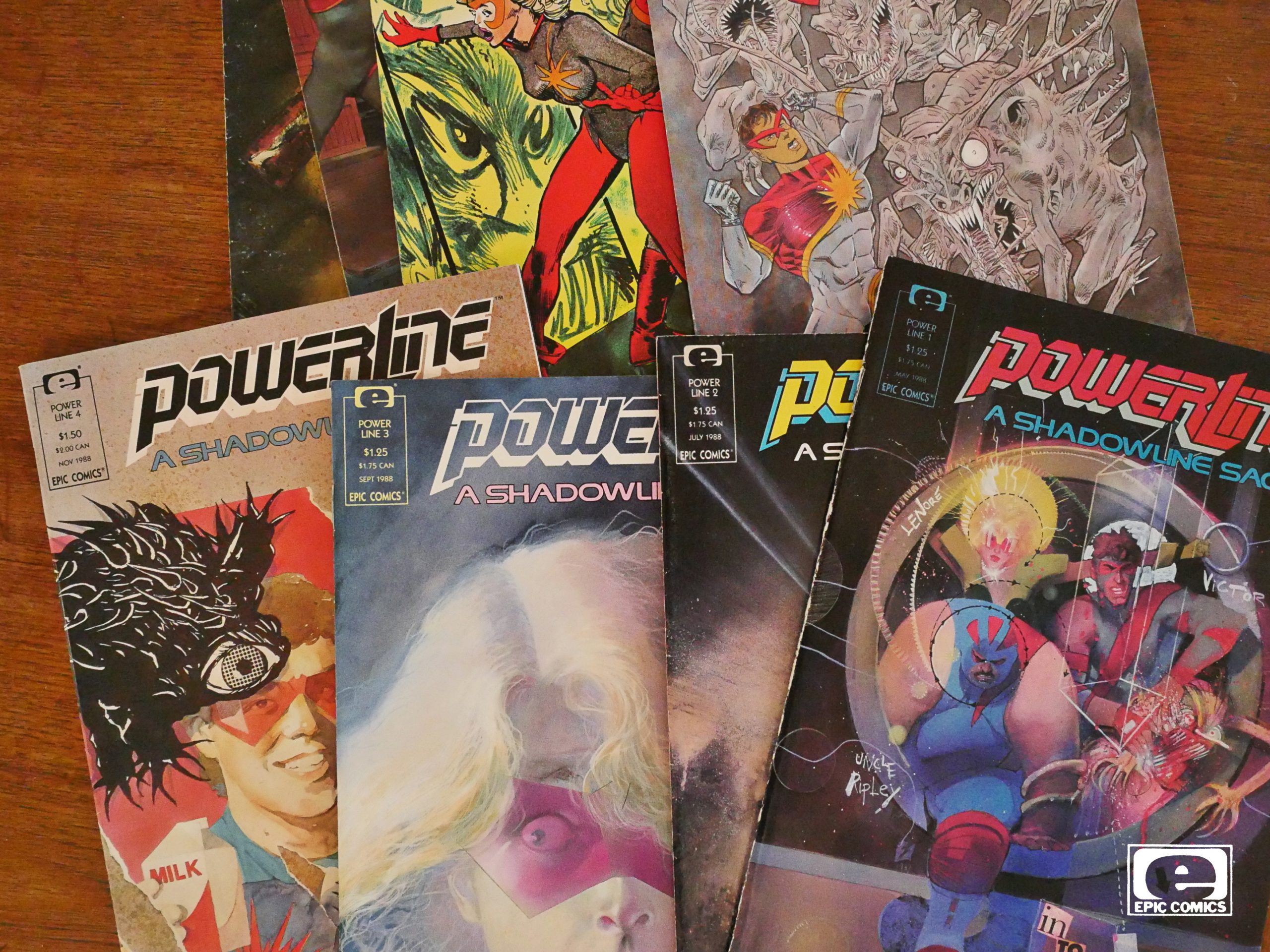 So this is the second Shadowline series, concept created by Archie Goodwin, but with other people making the books. The first one, Doctor Zero, at least had interesting artwork for the first four issues, but was otherwise not very interesting. 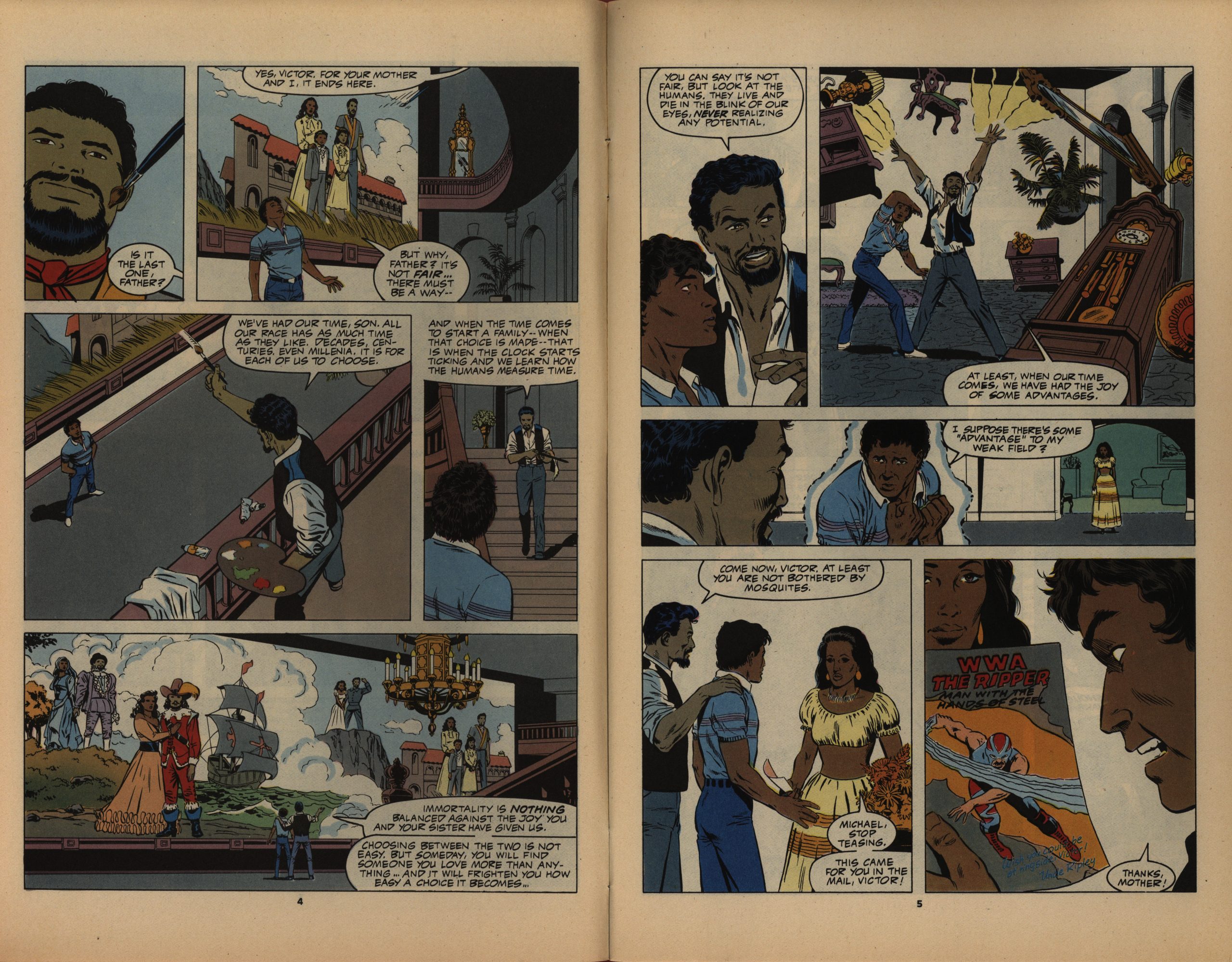 This is pretty unique in that it only has the same art team for three consecutive issues. Ross does the pencilling on the first four issues, but there’s a different inker every issue. Really weird, especially since this (as most Epic series are) is published bimonthly. Did they pay really badly? 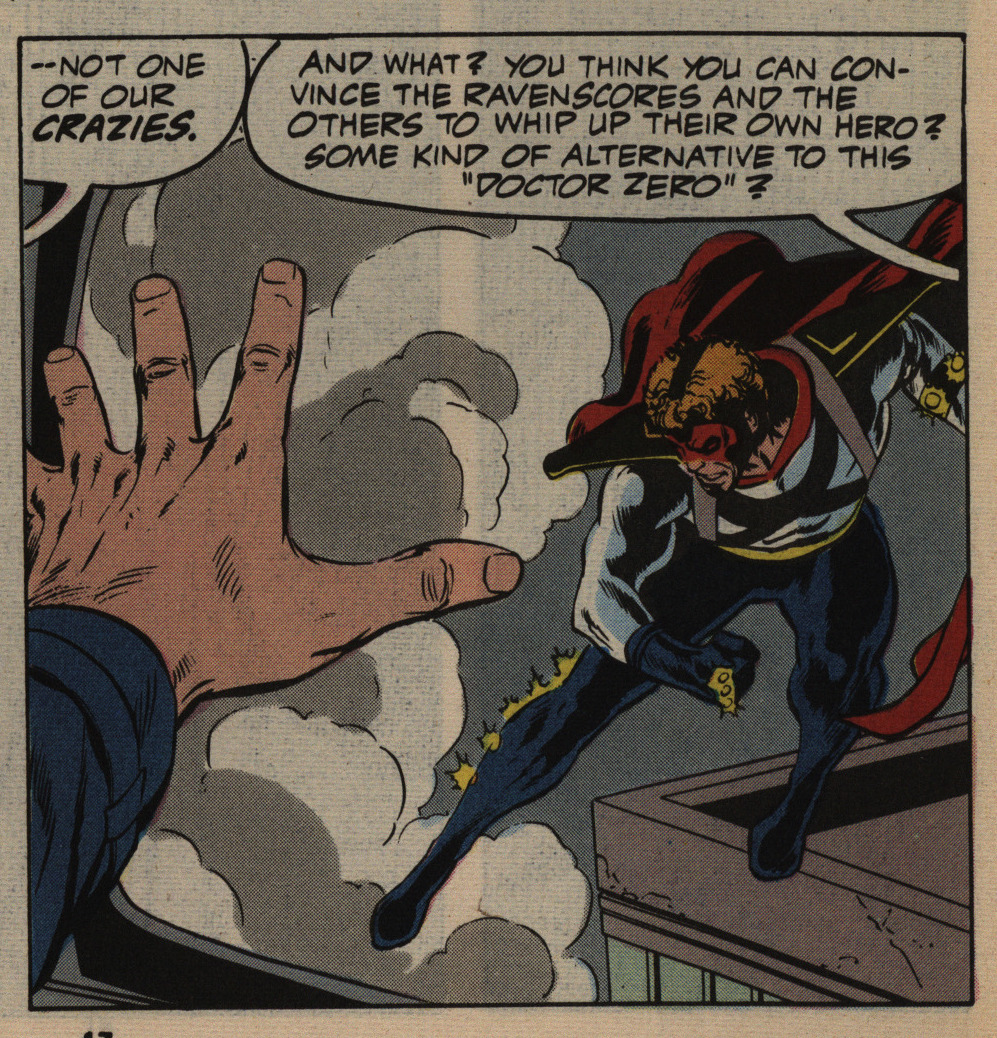 It’s alluded to that everybody sensible in this book really, really hates Doctor Zero, and that he’s some kind of monster. Over in his book, on the other hand, he saves the world several times. While being a bit snippy and judgemental, sure; but it’s never explained where the animosity comes from. 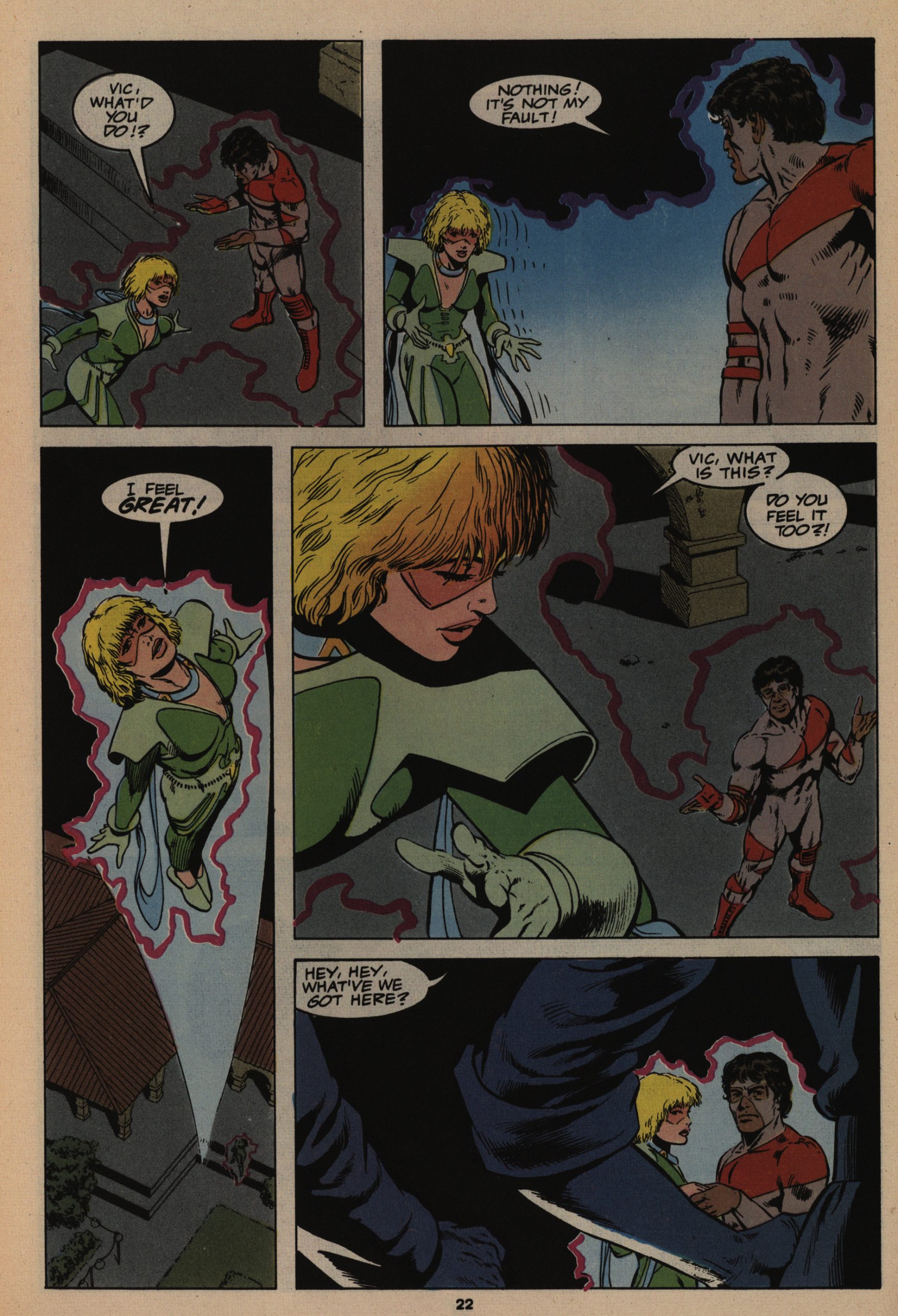 It’s hard to put into words just how uninteresting this series is. The concept is basically nothing: It’s a “species” of people and some decide to be super-heroes, or not, and these two up there have all this drama about not being super-heroes or being super-heroes, and that’s basically all the eight issues. Nothing, absolutely nothing, memorable happens. It’s not even good super-hero bickering. 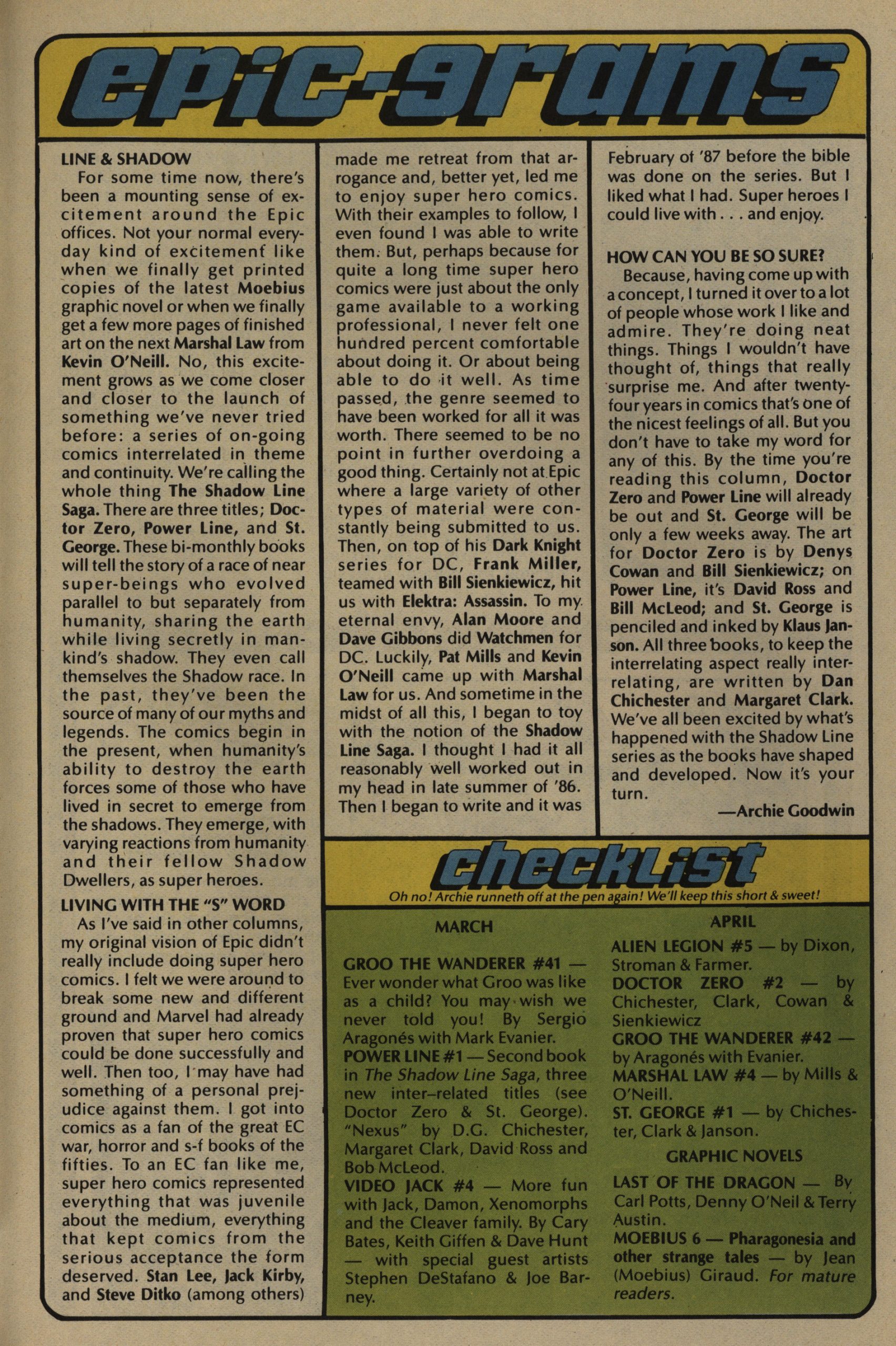 Goodwin explains that he’s not a super-hero kind of guy, but he explains why this series exist. I’ll paraphrase: He’s been convinced that it can make money, somehow. (I may be interpreting a bit too much.) 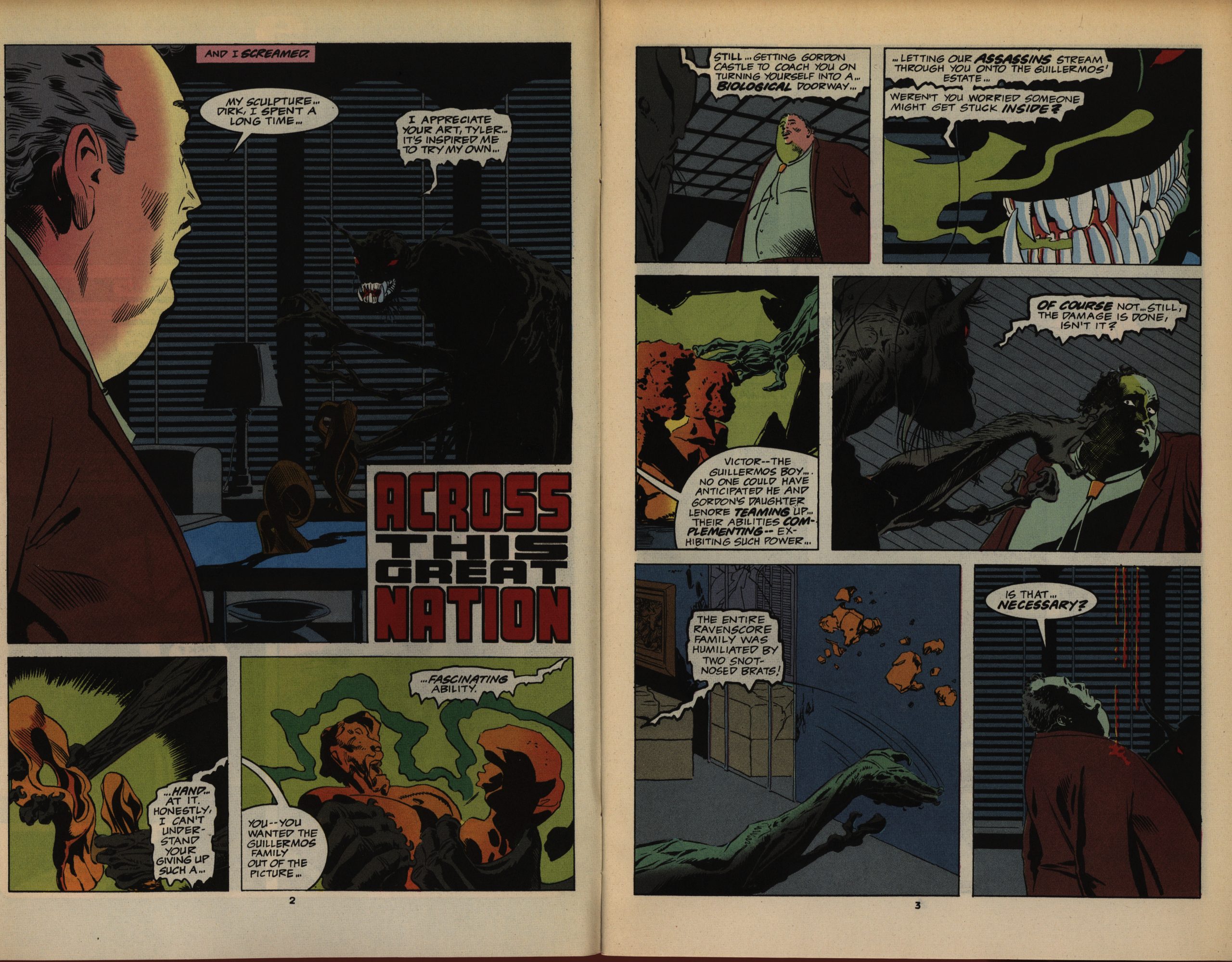 Al Williamson (!) does the inking on one issue, so that’s one issue that at least looks kinda nice. 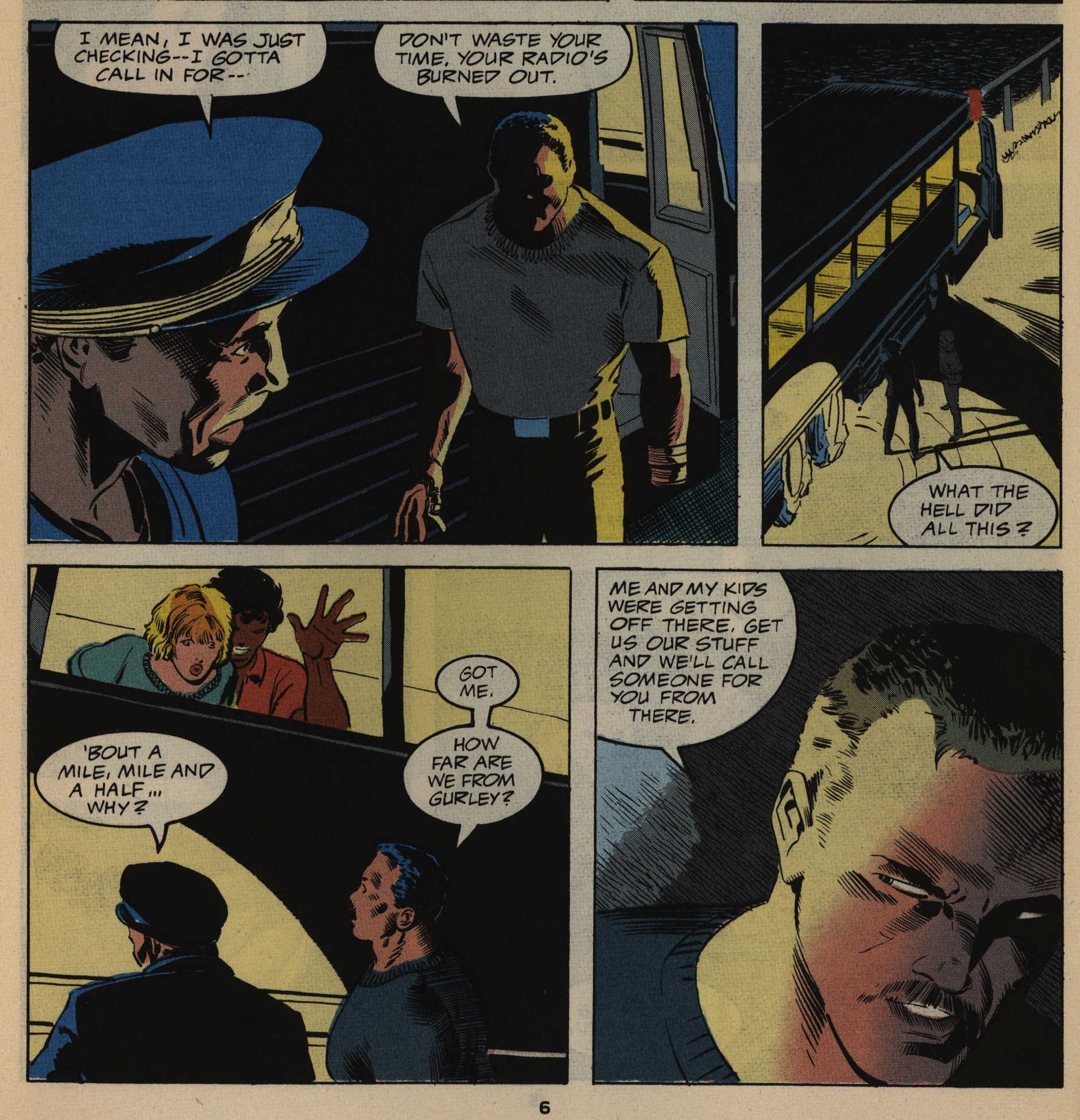 But even that issue has these amateurish speech balloon reading sequence problems. It’s like nobody cared. 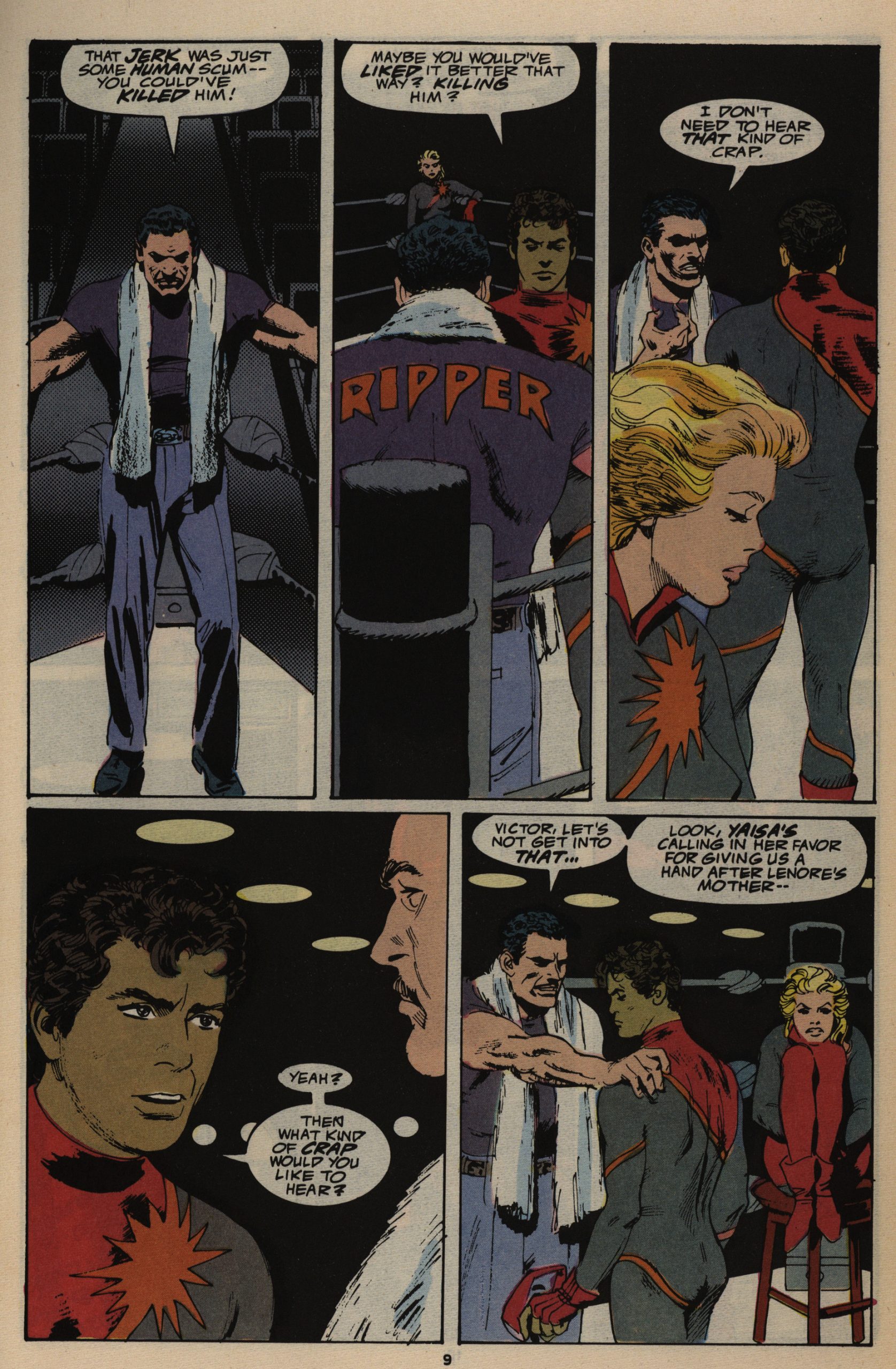 Gray Morrow takes over the artwork with the fourth issue. I like Morrow; he has an old-fashioned attention to anatomy and stuff. 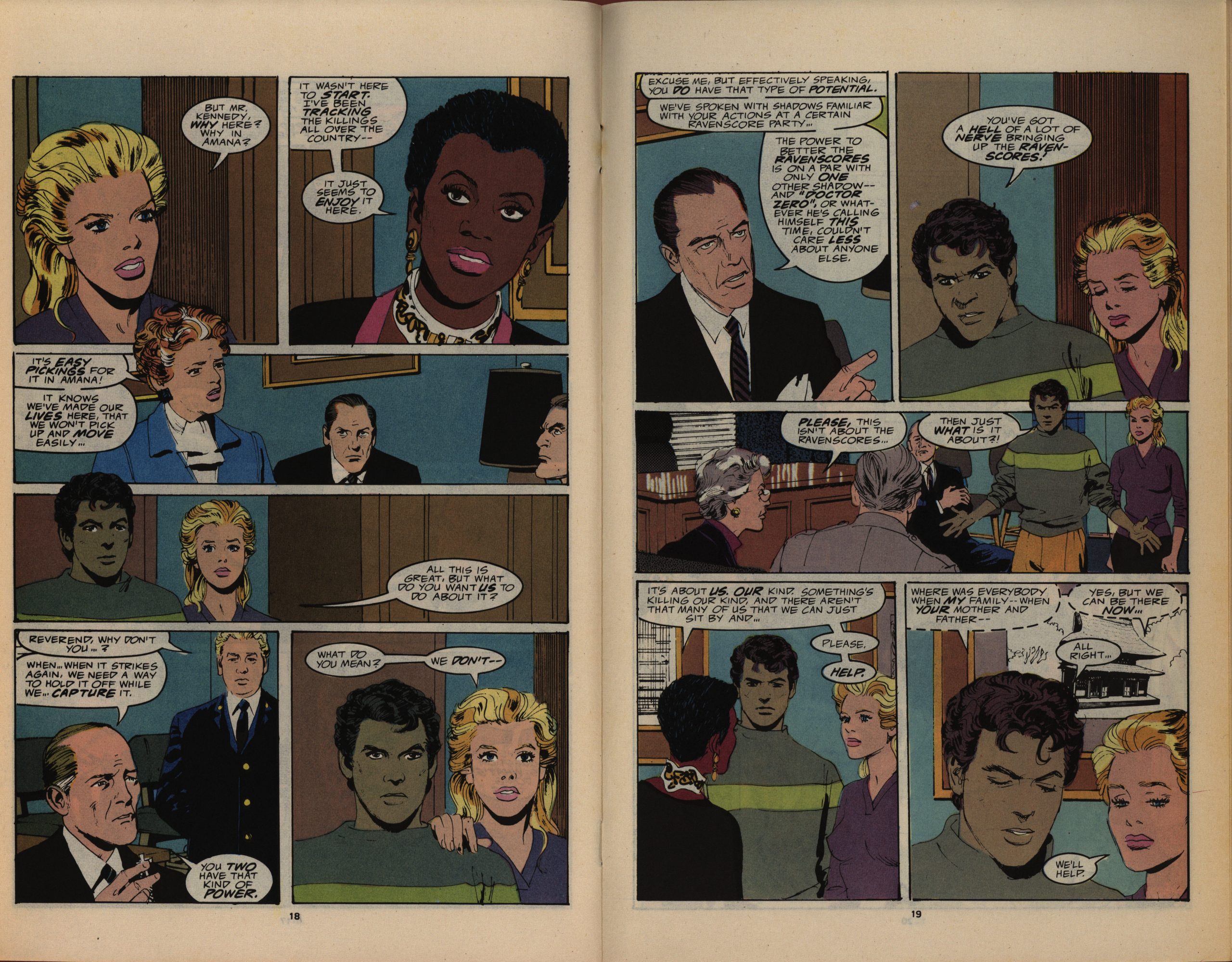 He also does the colouring on his first issue, and somehow makes the Venezuelan guy a shade of green. 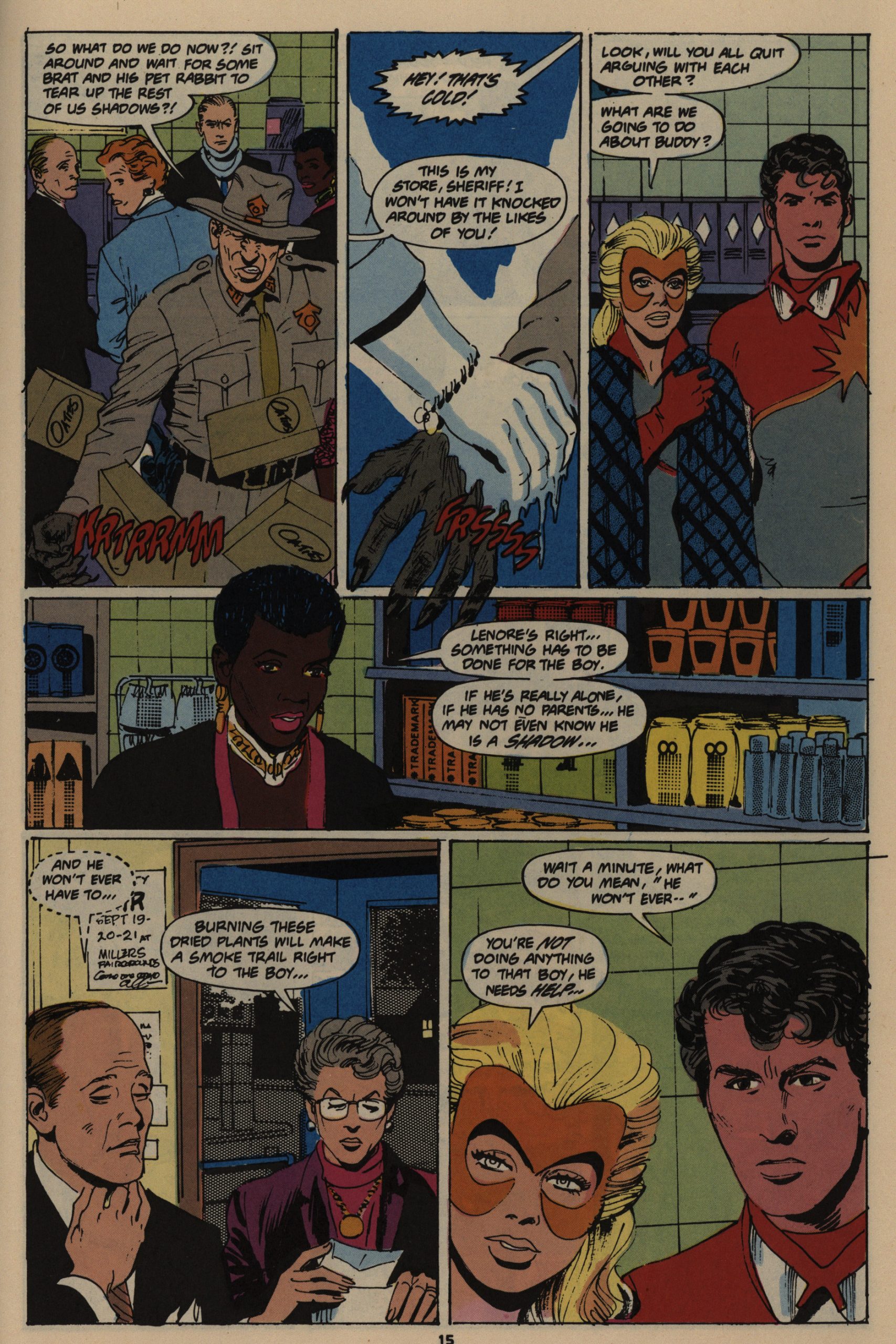 I can’t stress how much nothing happens in this book. 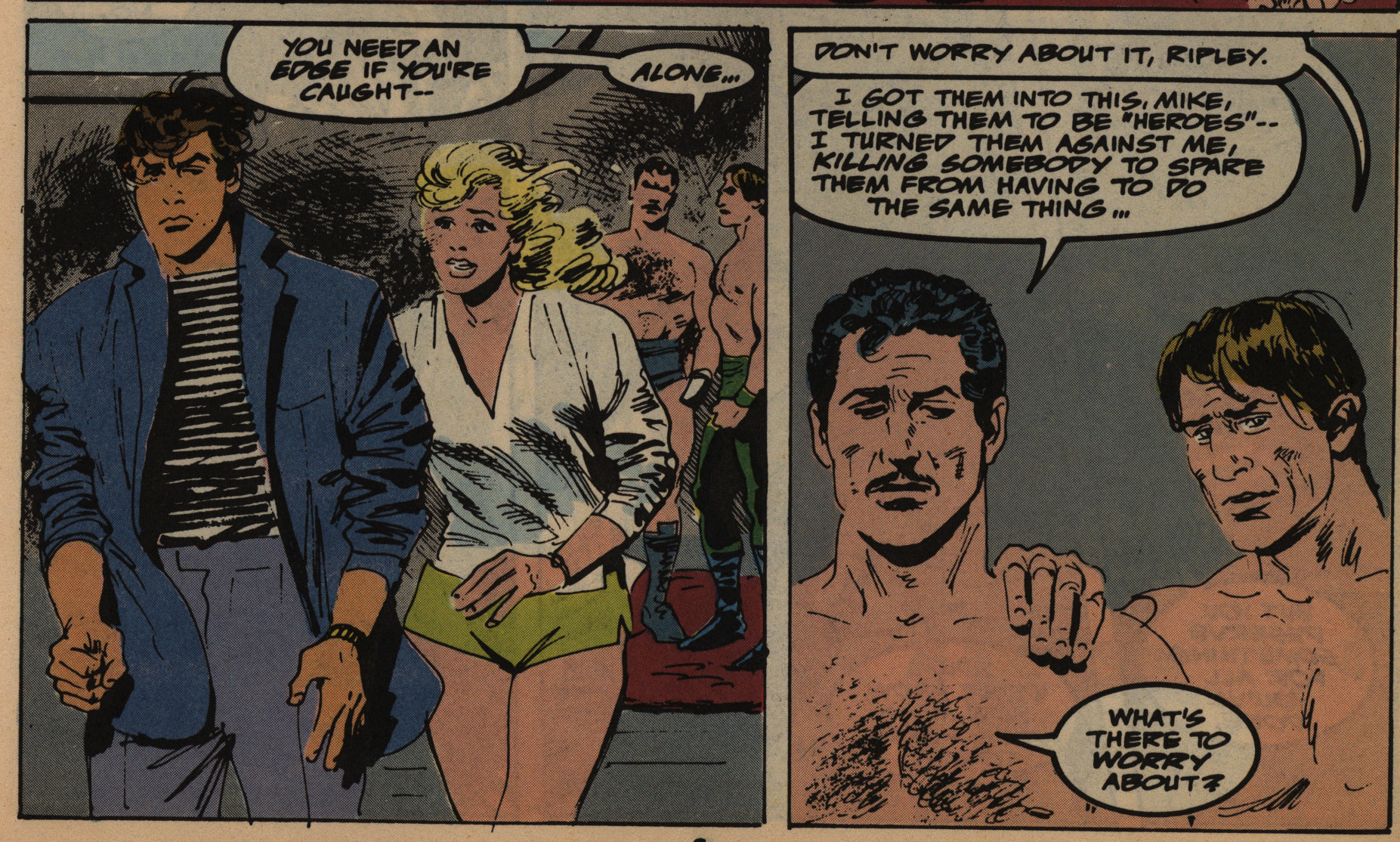 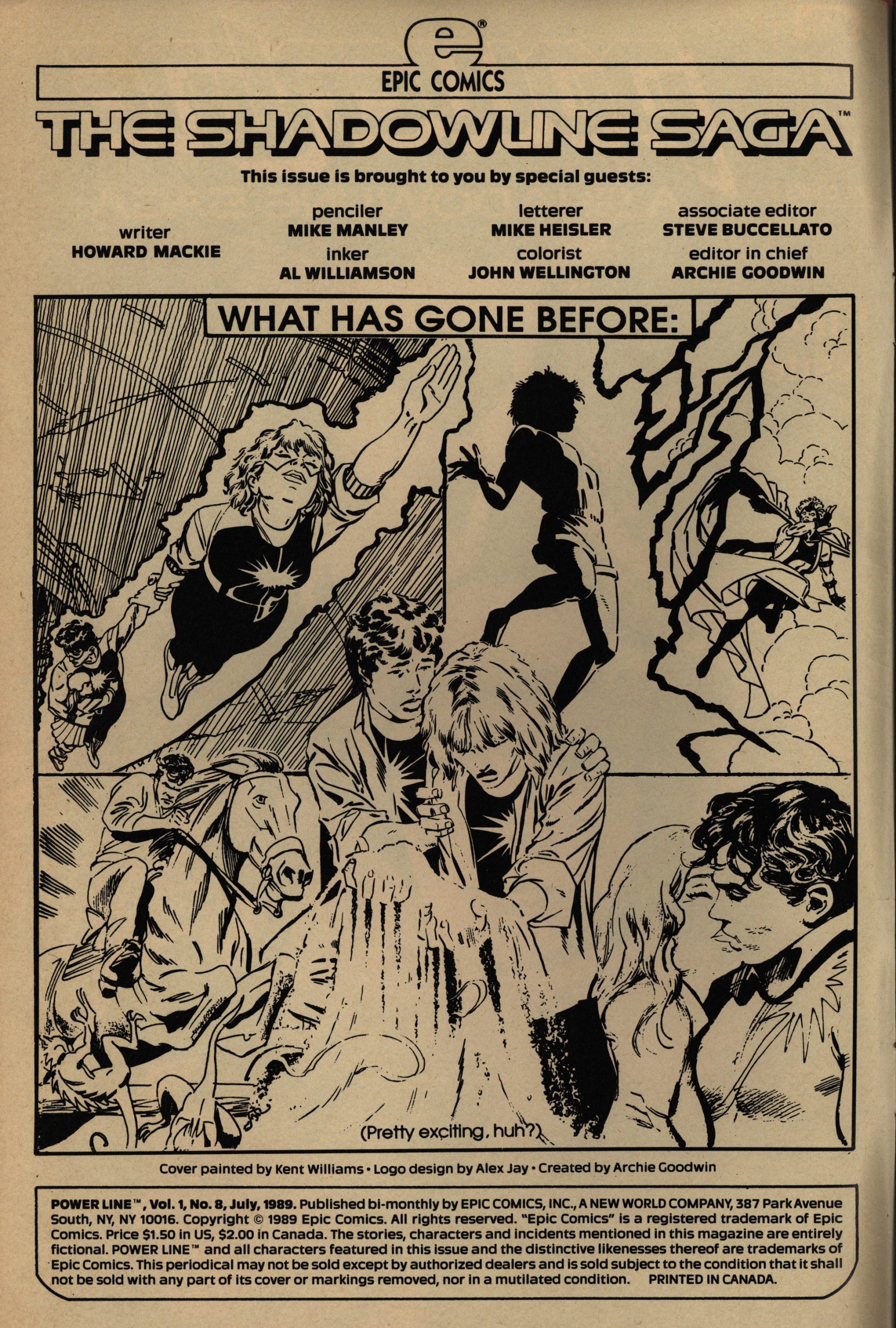 In the most bizarre twist of all, the final issue is created by an entirely new team. 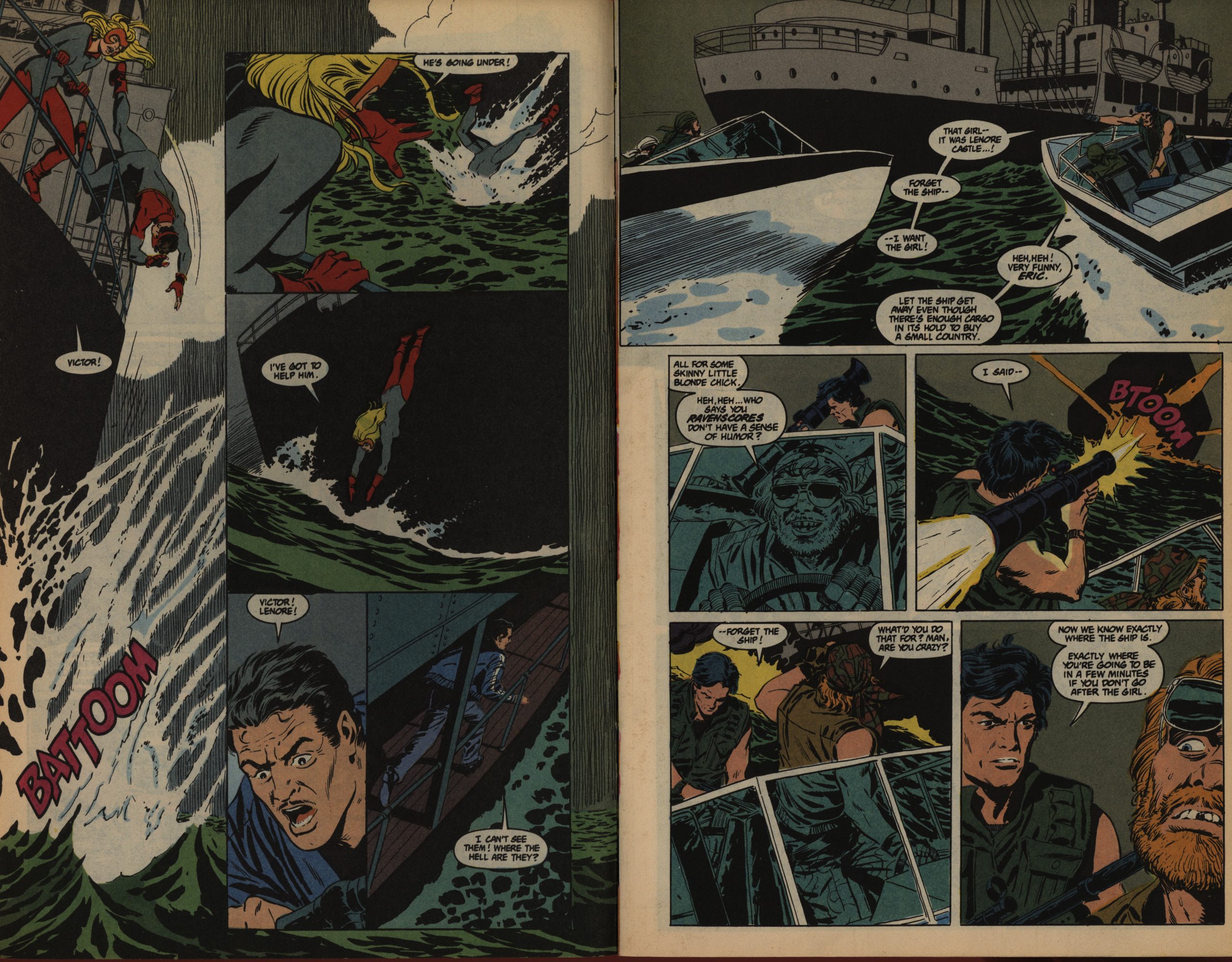 They soldier on, trying to make something happen, which is… meeting pirates… 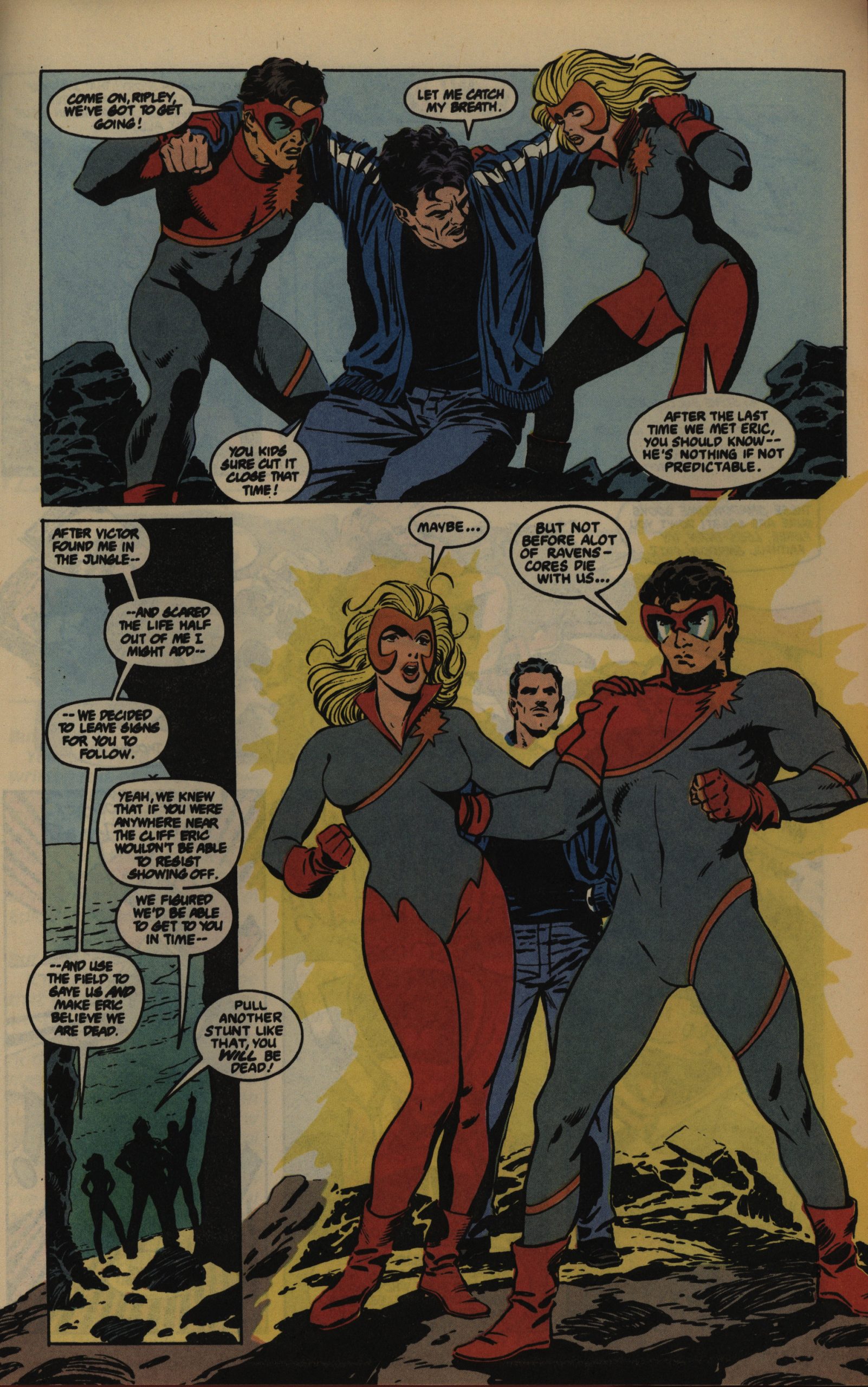 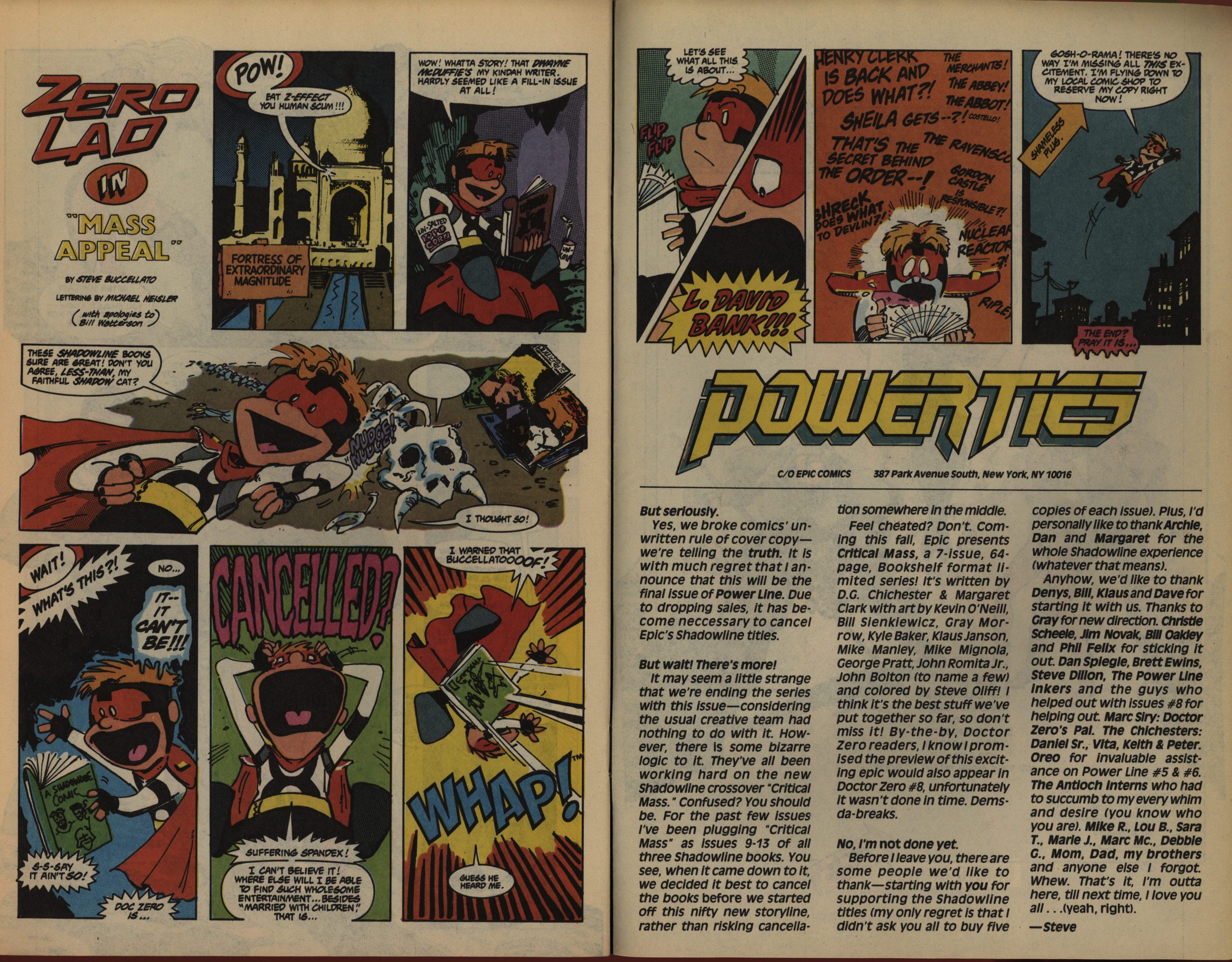 The editor explains that, no, it’s not over. Not quite. The Shadowline sold so badly that they’re squashing all the titles into one … anthology? “Critical Mass”? Seven 64 page issues, so that’s like five issues each of the three series? Gag me with a spoon.

Well, it can’t get any worse no, can it? 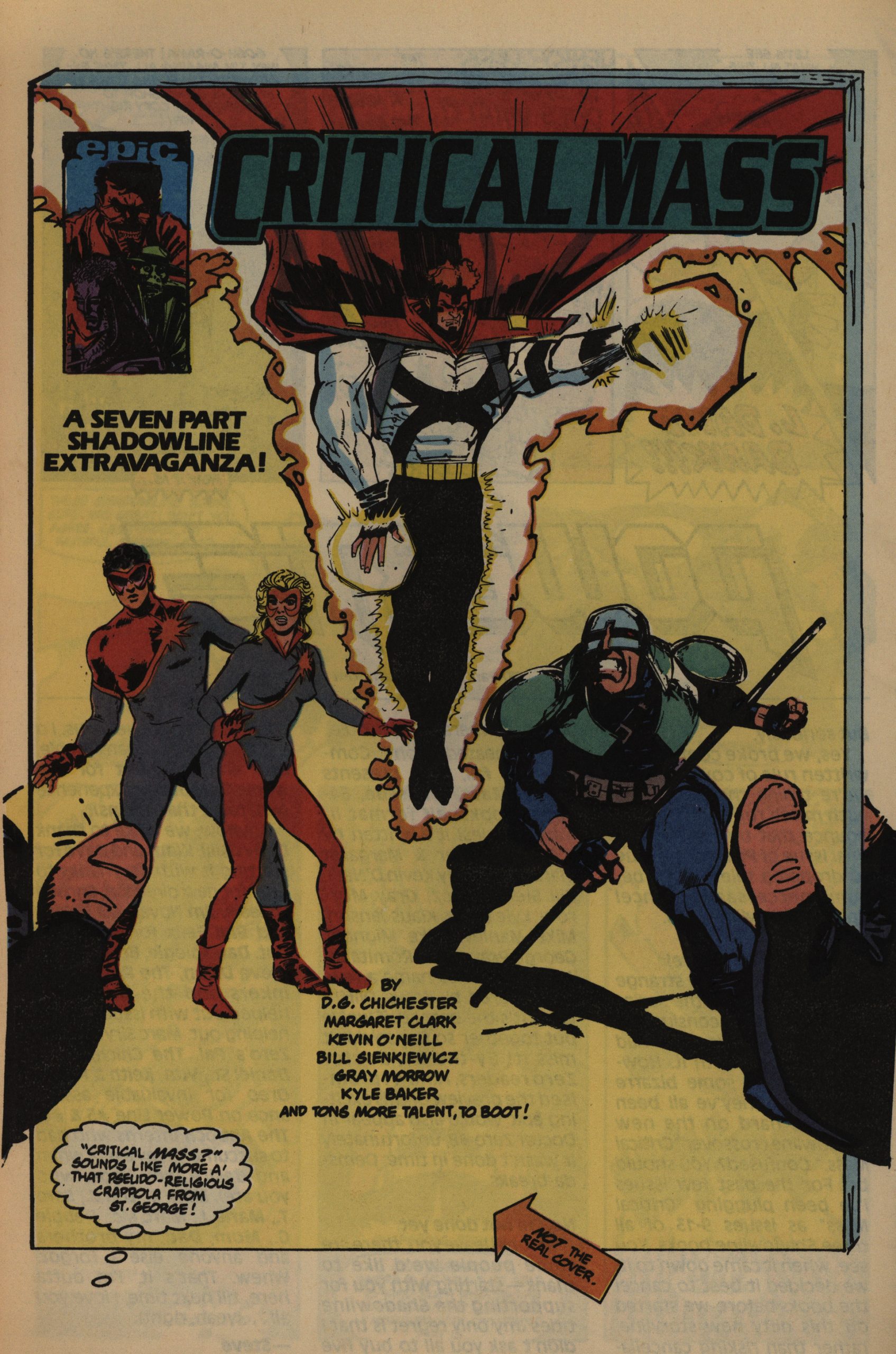 But that’s a good ad! Perhaps it’ll be funny? I hope it’s going to be funny.

Surprising nobody, Powerline has never been collected or reprinted.

I’m unable to find anybody on the internet who are willing to admit to having read Powerline.