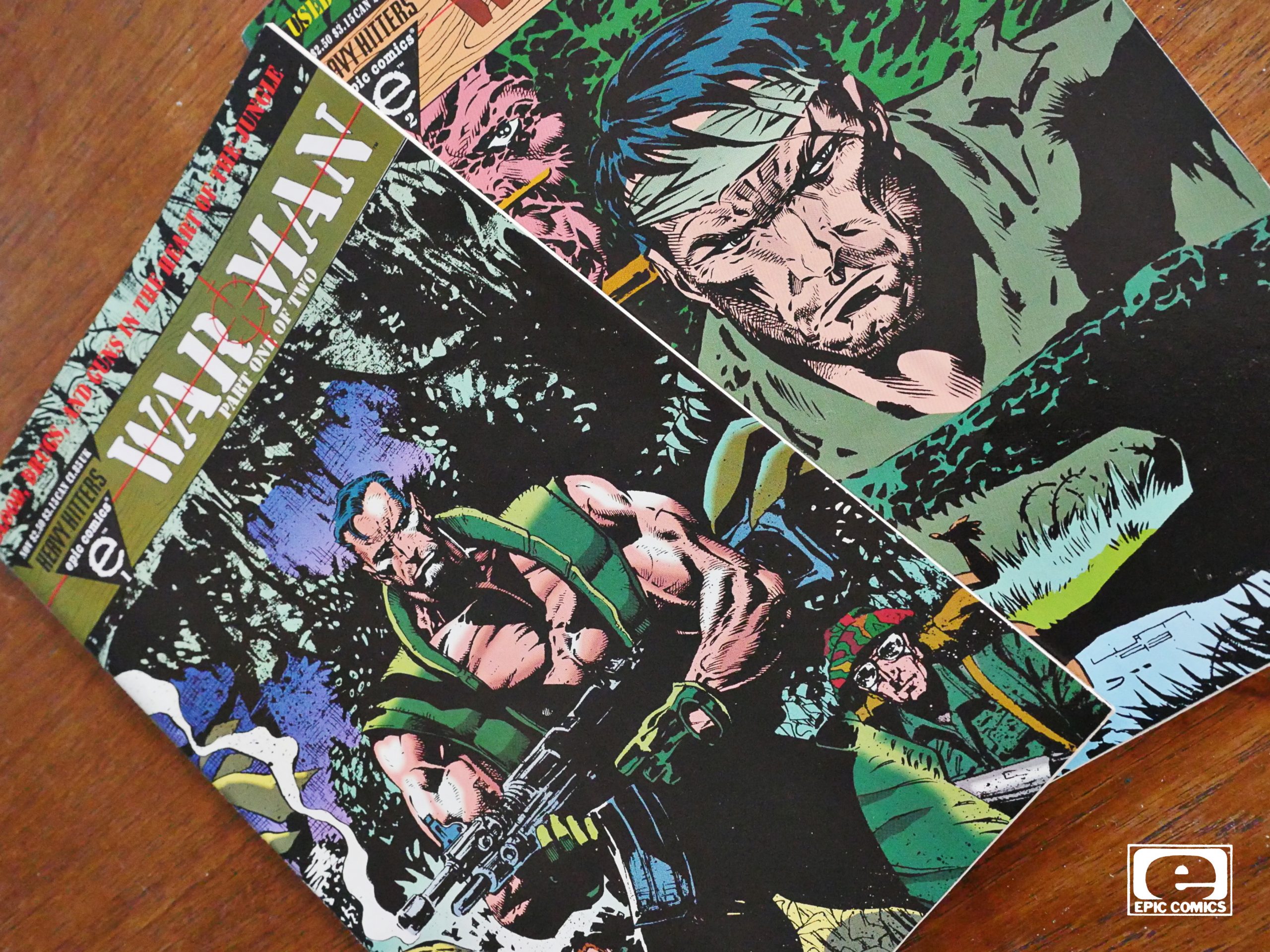 In addition to the odd title, it’s also published in a slightly odd format: A two-issue 32-page series. I don’t think Epic ever published anything else like this? Was this supposed to be a 64-page squarebound “prestige format” thing, but then they changed their minds? 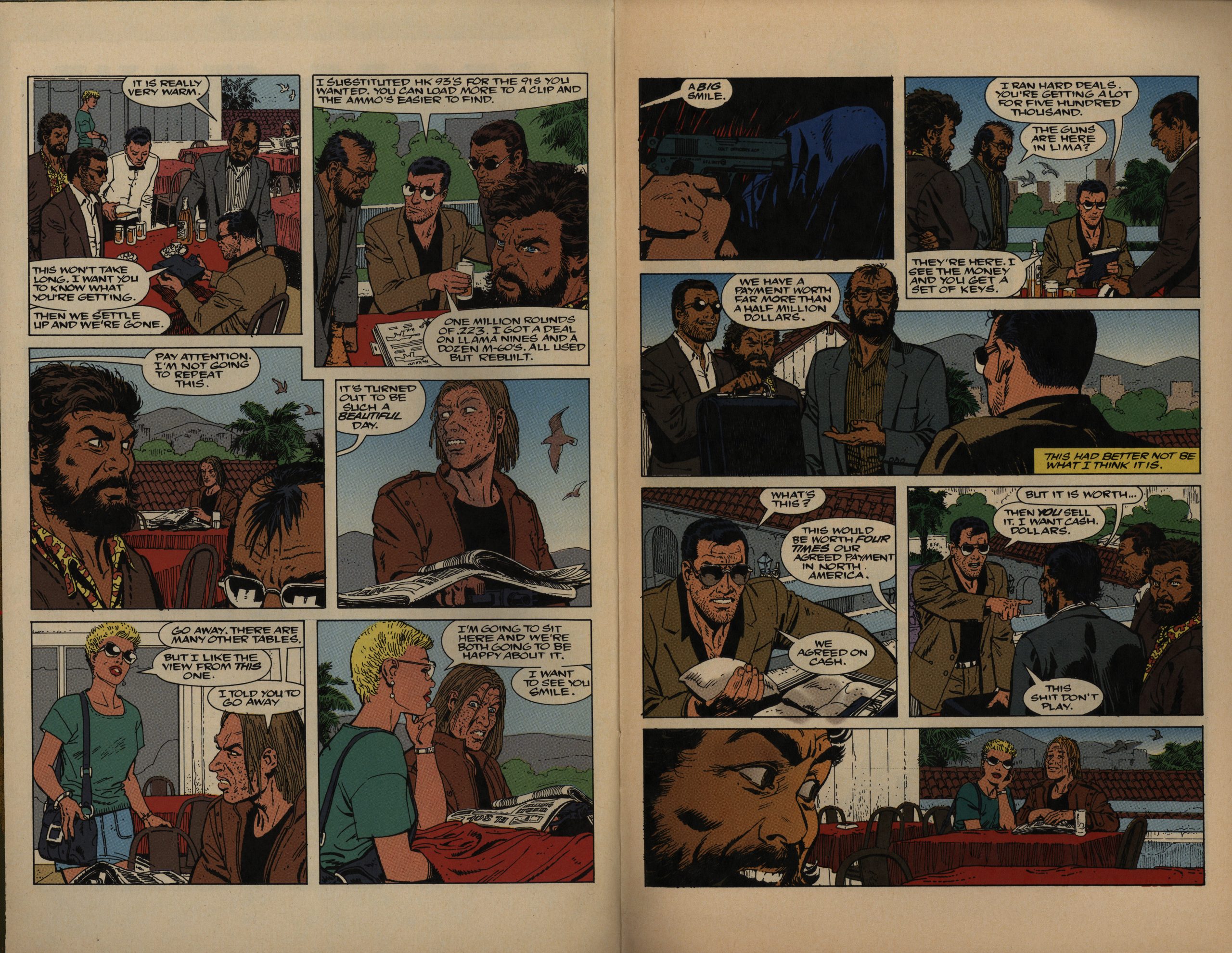 Hm… well, the storytelling is very effective — there’s quite a lot of things going on here that’s conveyed without any heavy-handed exposition or captioning. The rendering is pretty basic, but the eyes and the facial carry the scene impressively. 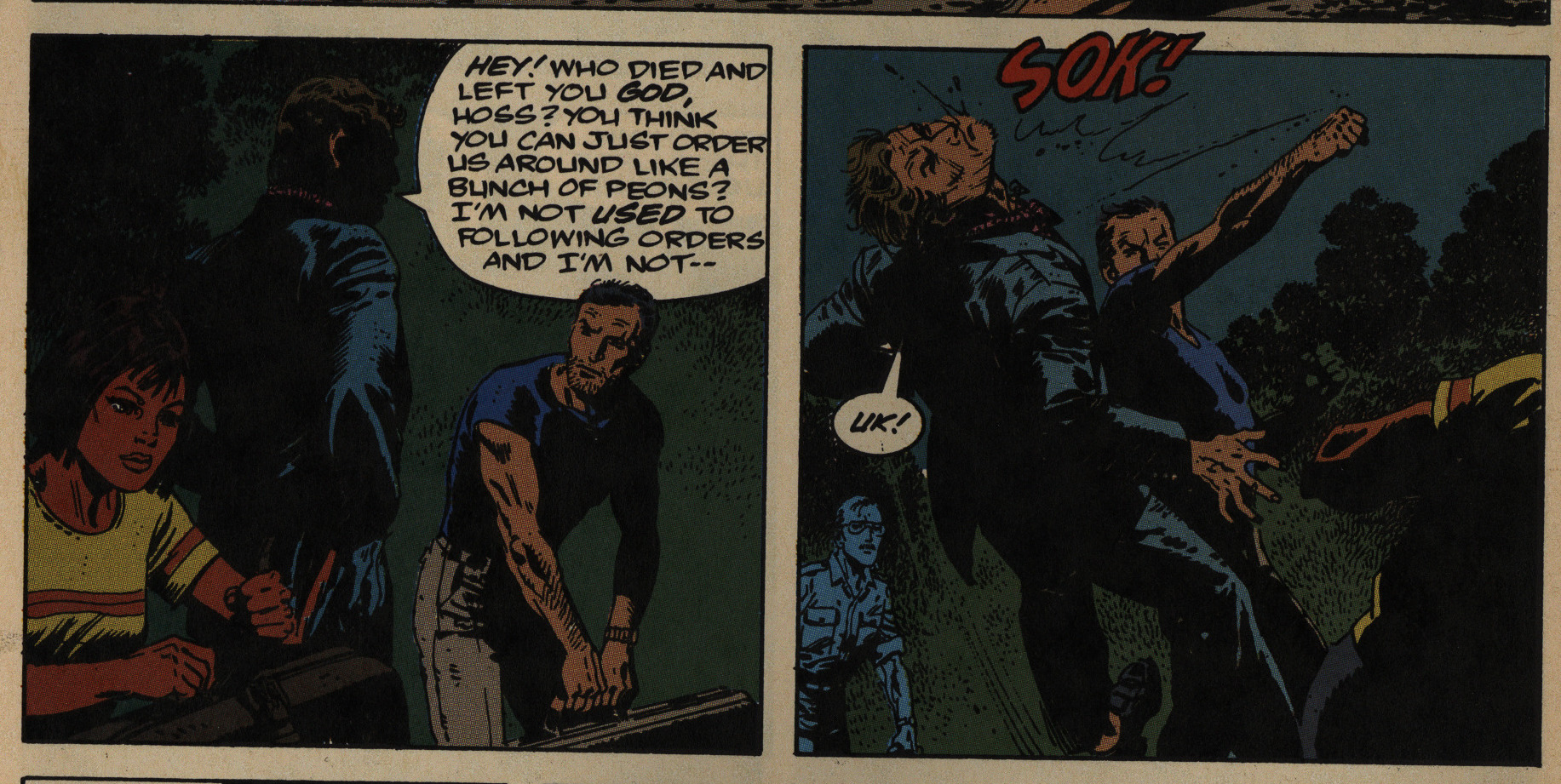 Anyway, it’s about a gun runner with a heart of gold (OR HAS HE), which I guess isn’t totally unoriginal. Here we see him finishing a discussion decisively. 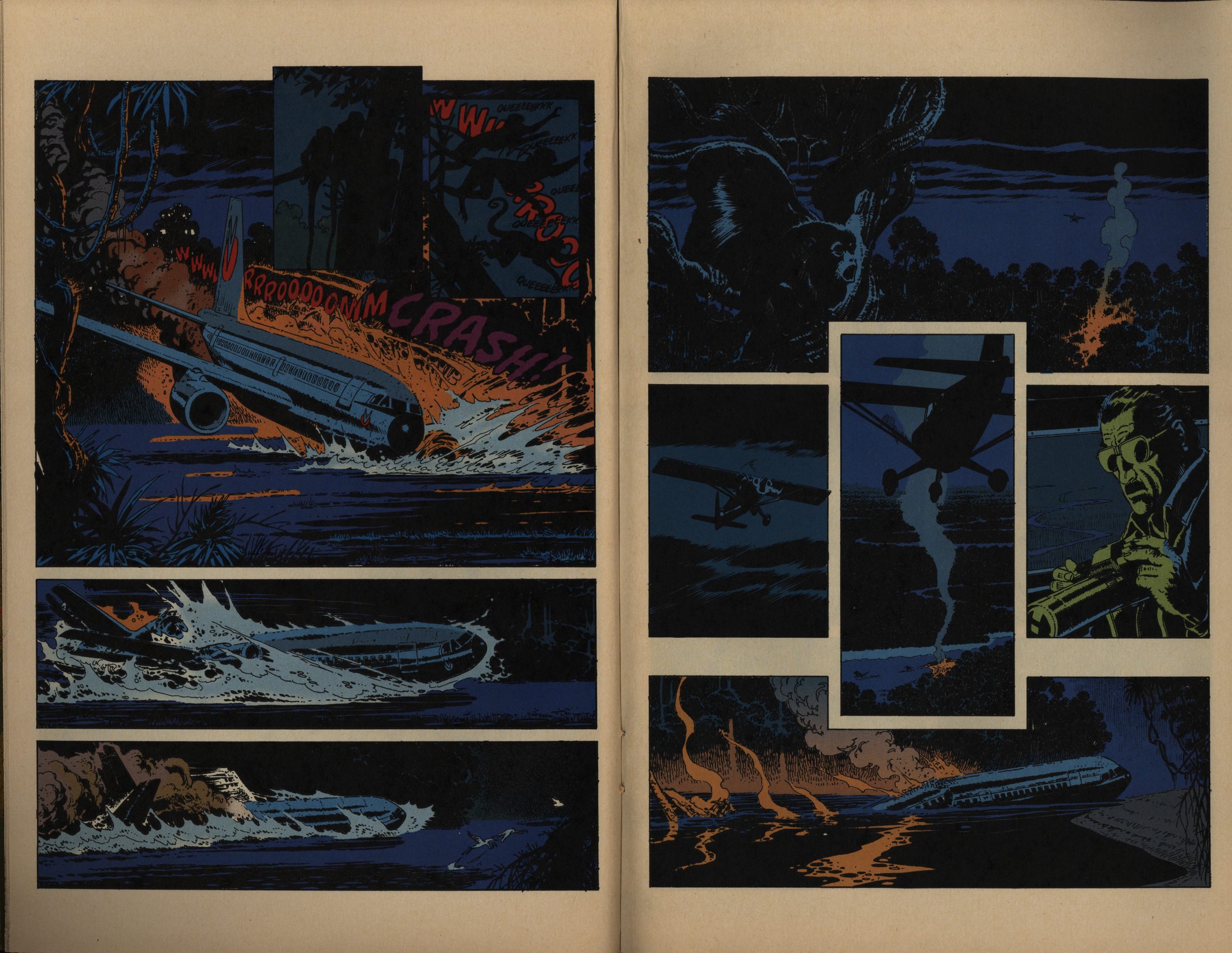 Most of the story takes place in the Amazonian jungles, and I think the artwork picks up a lot when we get to these scenes. Nice colouring job, too.

The story does cover all the clichés you’d expect.

Including psycho (but efficient) European killers and piggish drugs dealers. 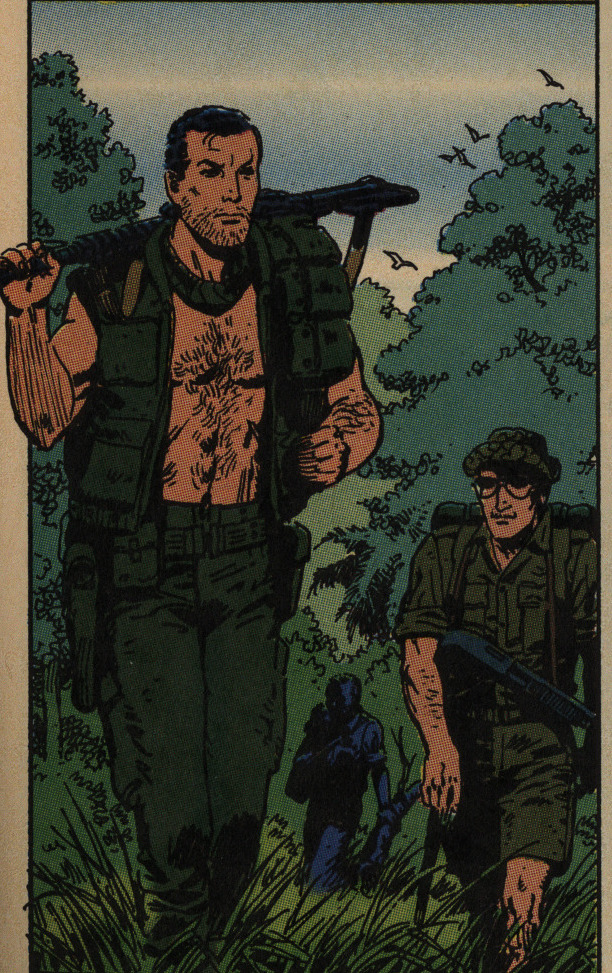 Oh, yeah, Zanotto doesn’t do the covers. See whether you can spot the subtle difference between his depiction of the protagonist… 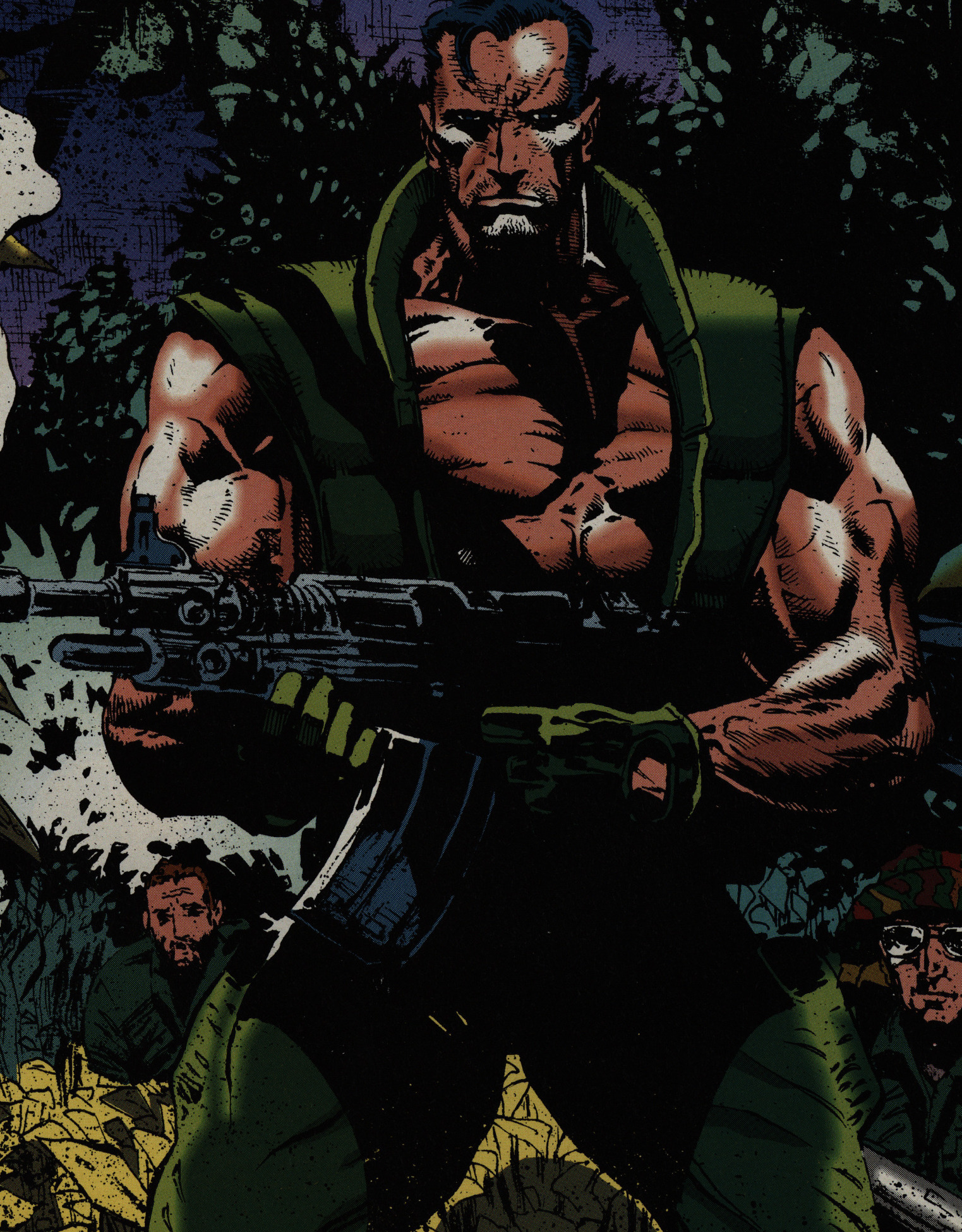 … and cover artist Liam Sharp’s depiction. Virtually identical, eh? Why did they even bother with a cover artist!?!? 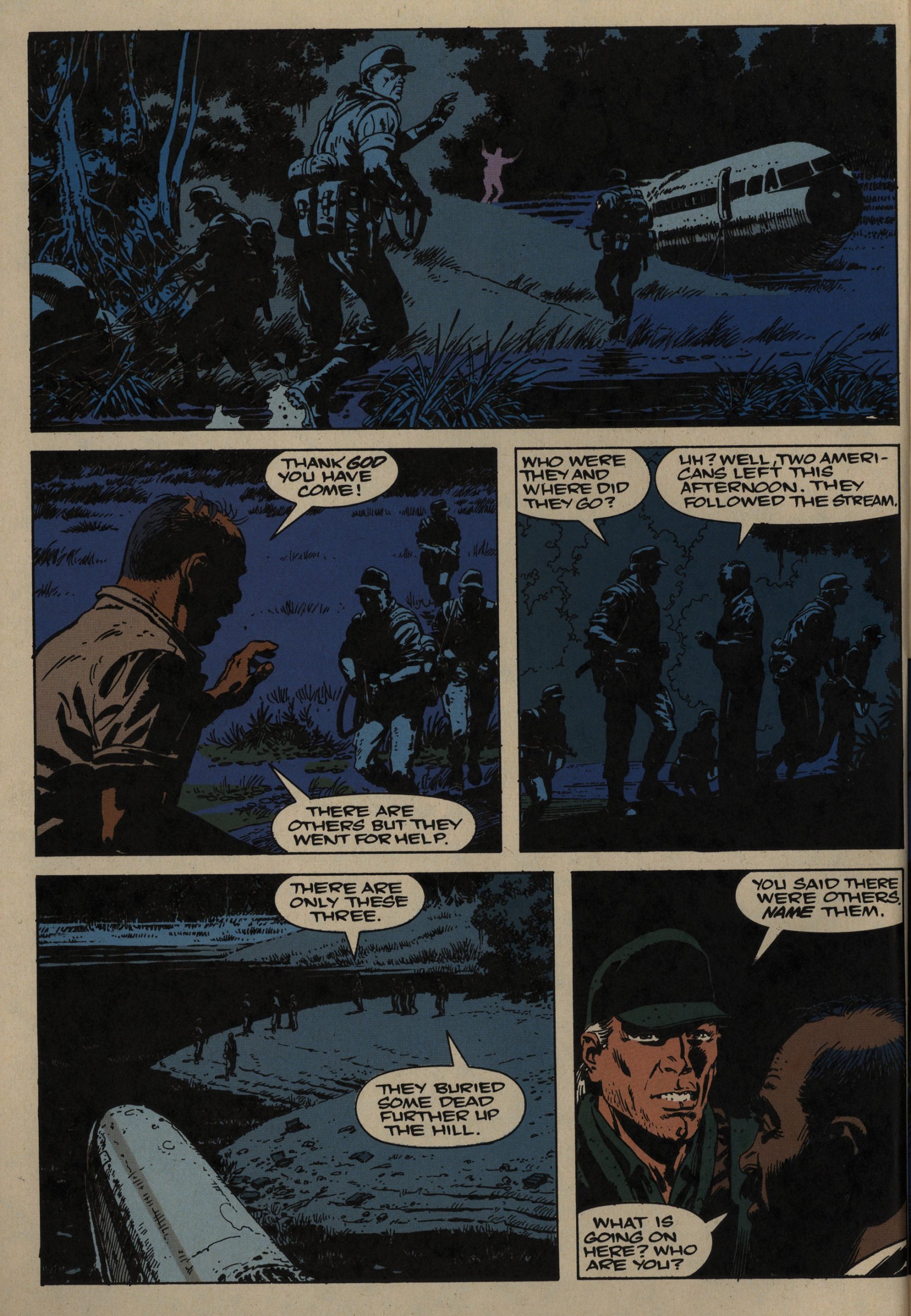 The second issue starts with a one-page recap and then the story continues without a hitch. So I think it’s pretty likely that this was, indeed, meant to be a 64-page book, and then split up by Epic at a late date. 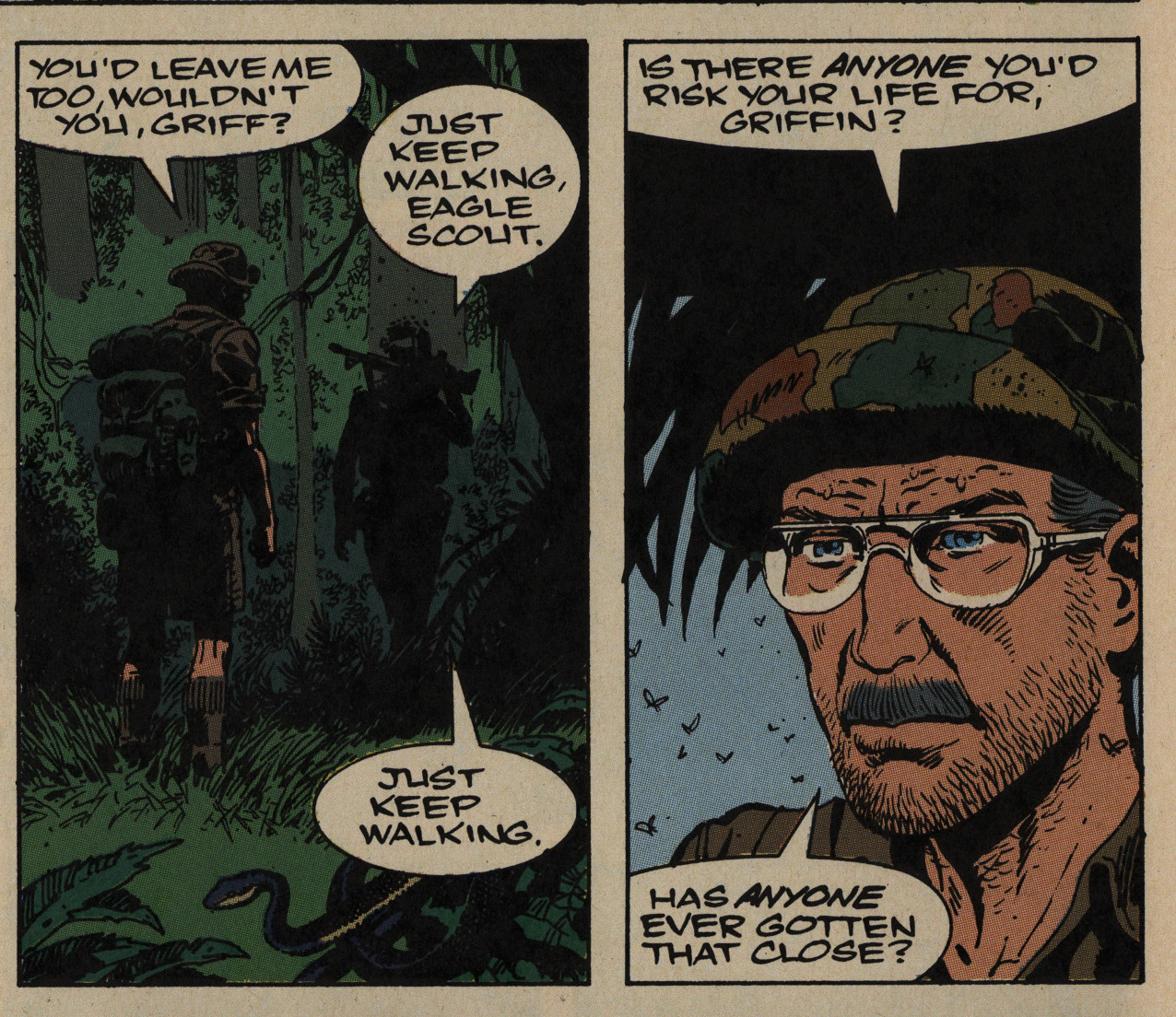 This isn’t actually a bad comic — it’s just hard to get enthusiastic about it when it’s so formulaic. But it’s a good read, really: It’s got good flow, extremely clear and efficient storytelling, and it’s got a satisfying ending. It’s like watching an episode of a superior action TV show.

An amoral arms dealer turns vigilante after getting caught up in some political assassination shenanigans. A mediocre Golan Globus B-movie in comics form. Or Dixon exploring (unintended) self-parody territory—Dixon’s a reliable action comics writer for the most part, but War Man‘s alpha male philosophizing is terribly grating stuff. 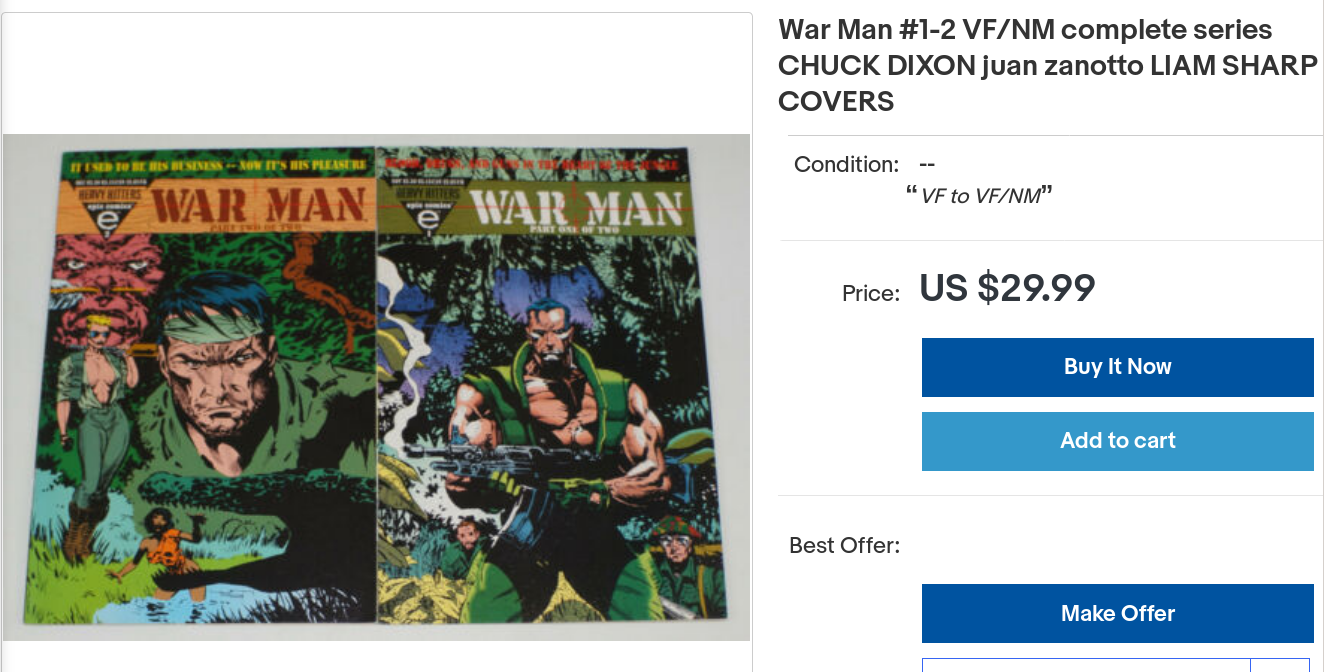 For some reason or other, these comics are sought-after and got for pretty high prices. Is it because of the Liam Sharp covers? I have no idea.