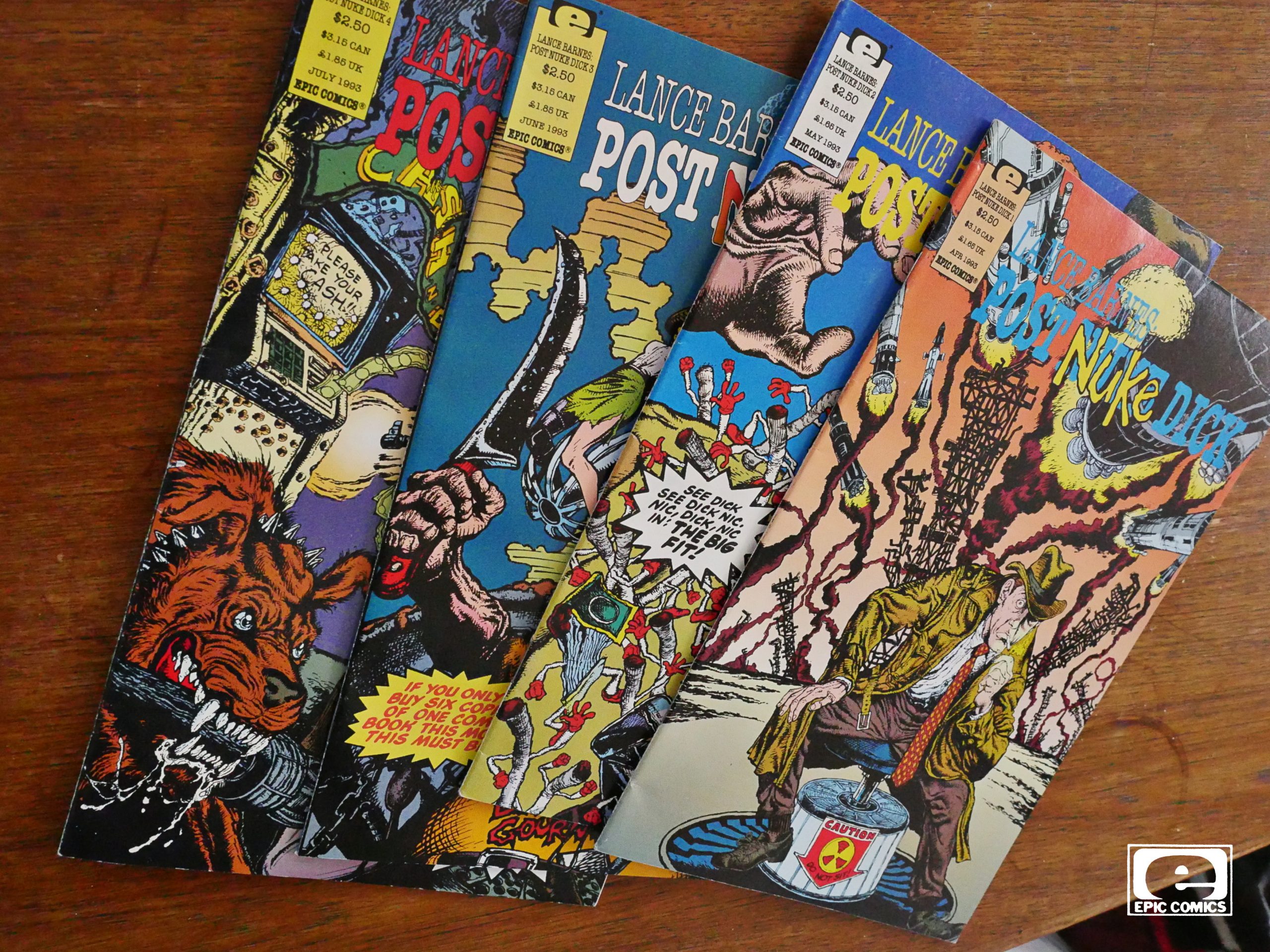 This series marks the end of an era: This is the final series launched before Epic rebranded itself with a new (horrible) logo and a new concept: 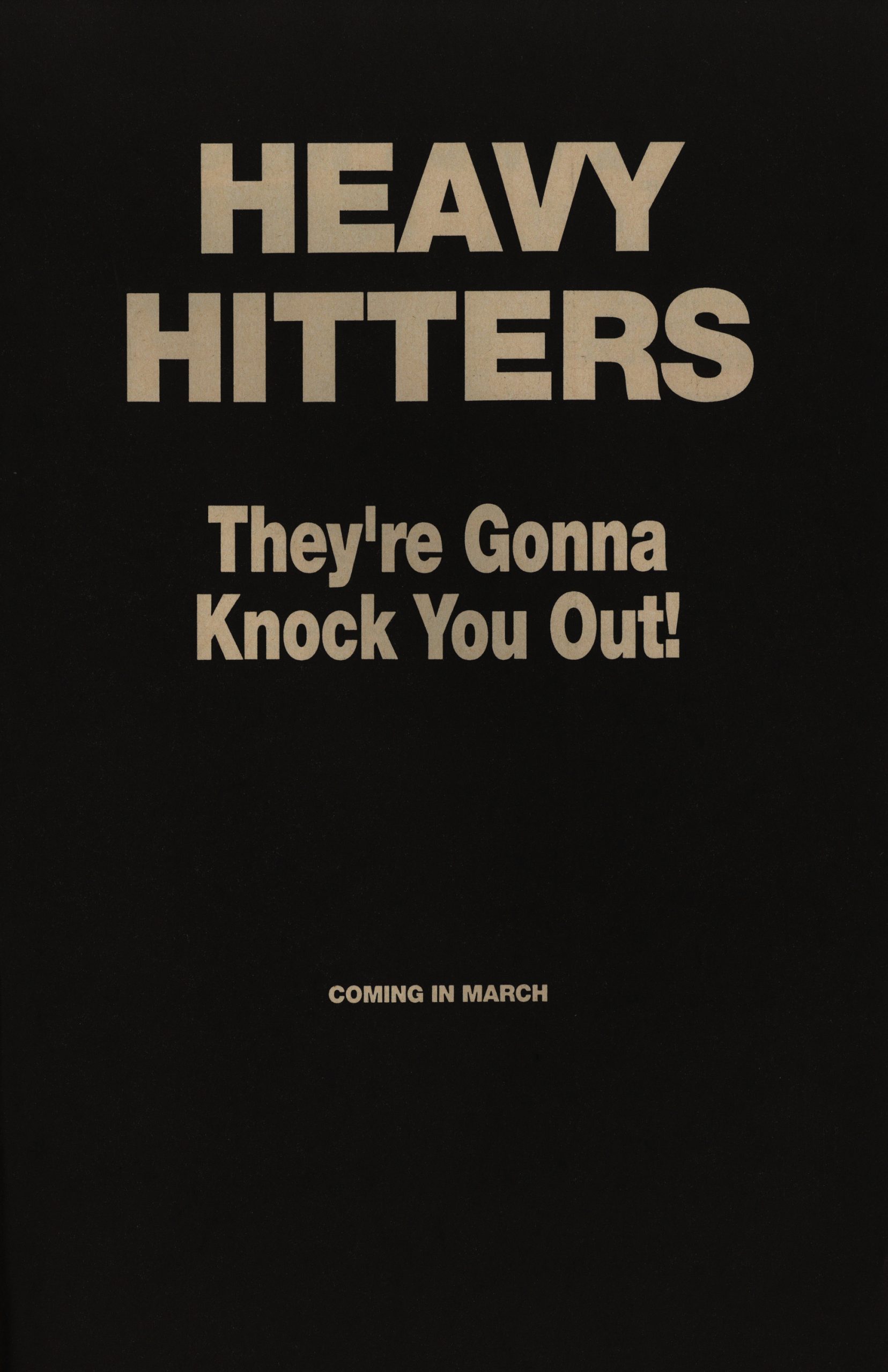 Heavy Hitters! I’ve read none of those books, but I’m guessing everything’s going to become very gritty from now on (until Epic was finally shut down a year later).

I don’t know what the story behind this series is, but it does kinda have the whiff of a Marvel UK production, which would also be appropriate for a send-off of this phase of Epic, but neither writer nor artist seems to be British? 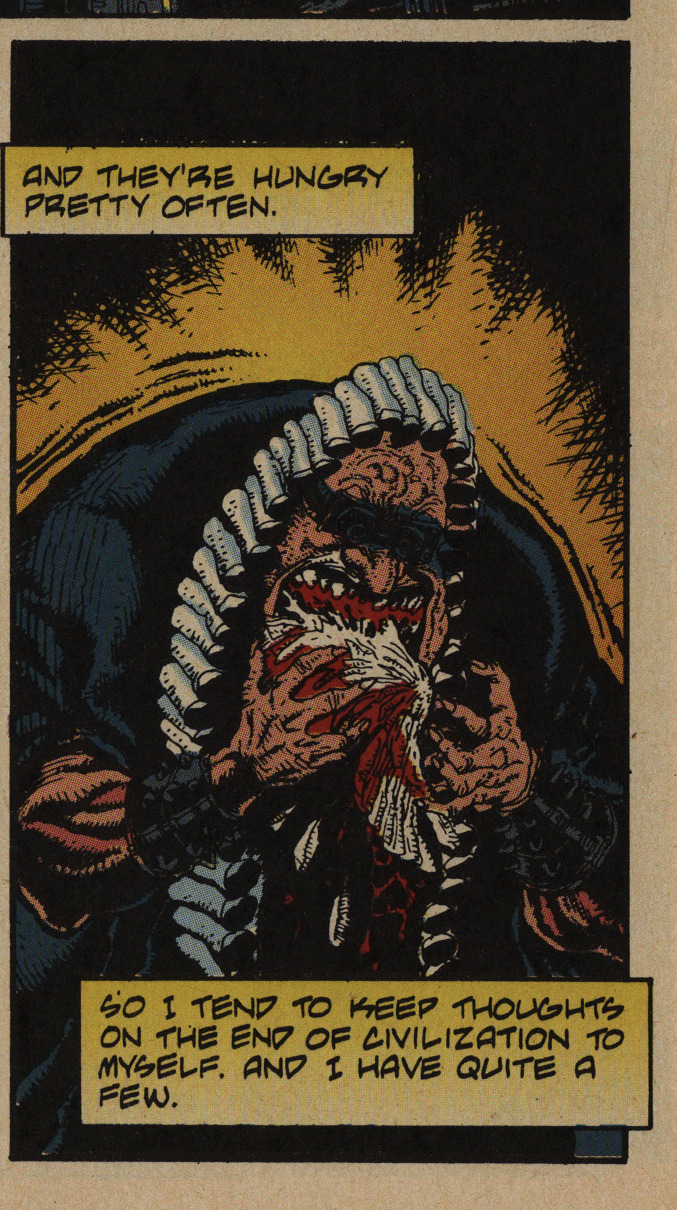 But this looks sooo British. 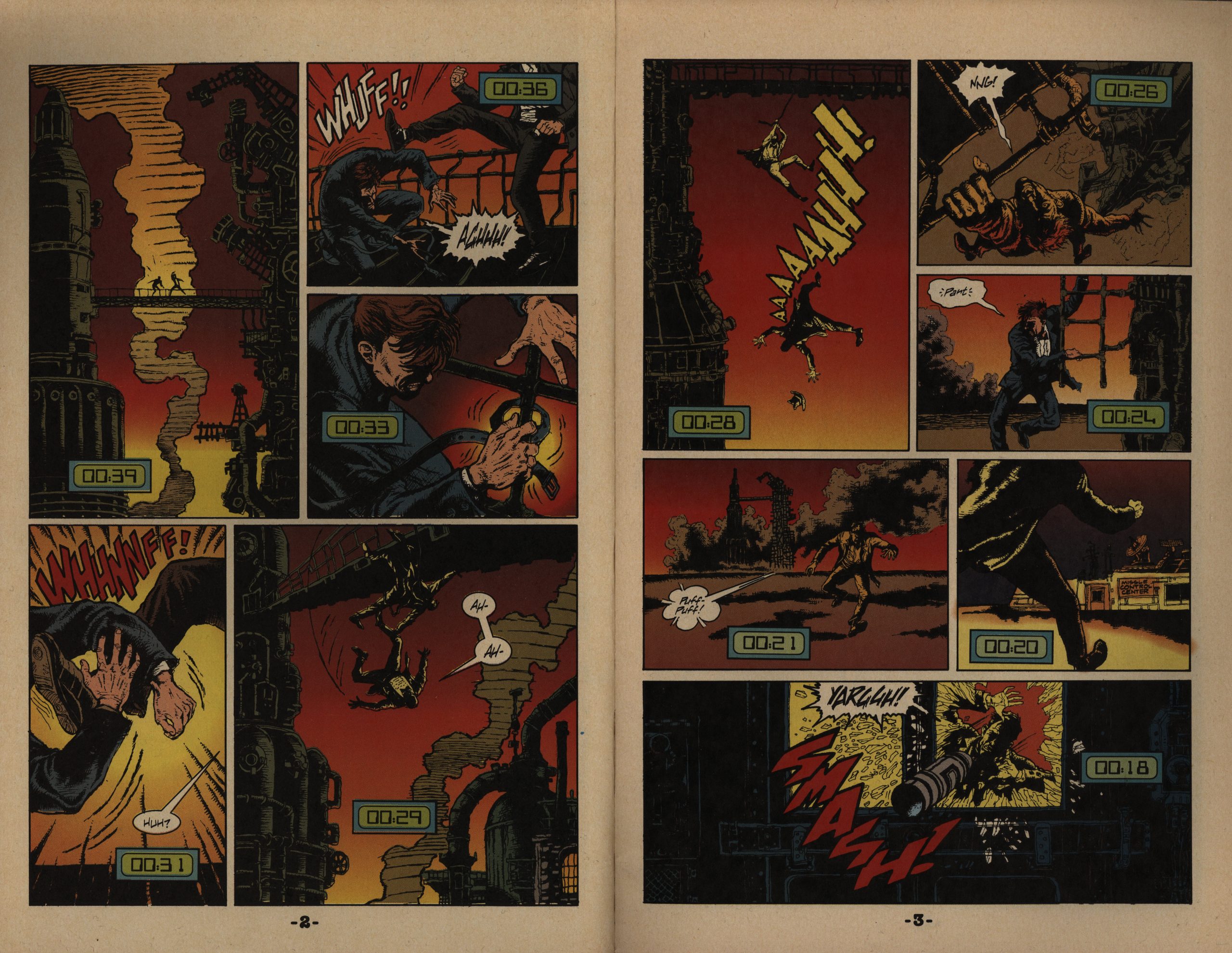 Anyway, this starts off pretty well… 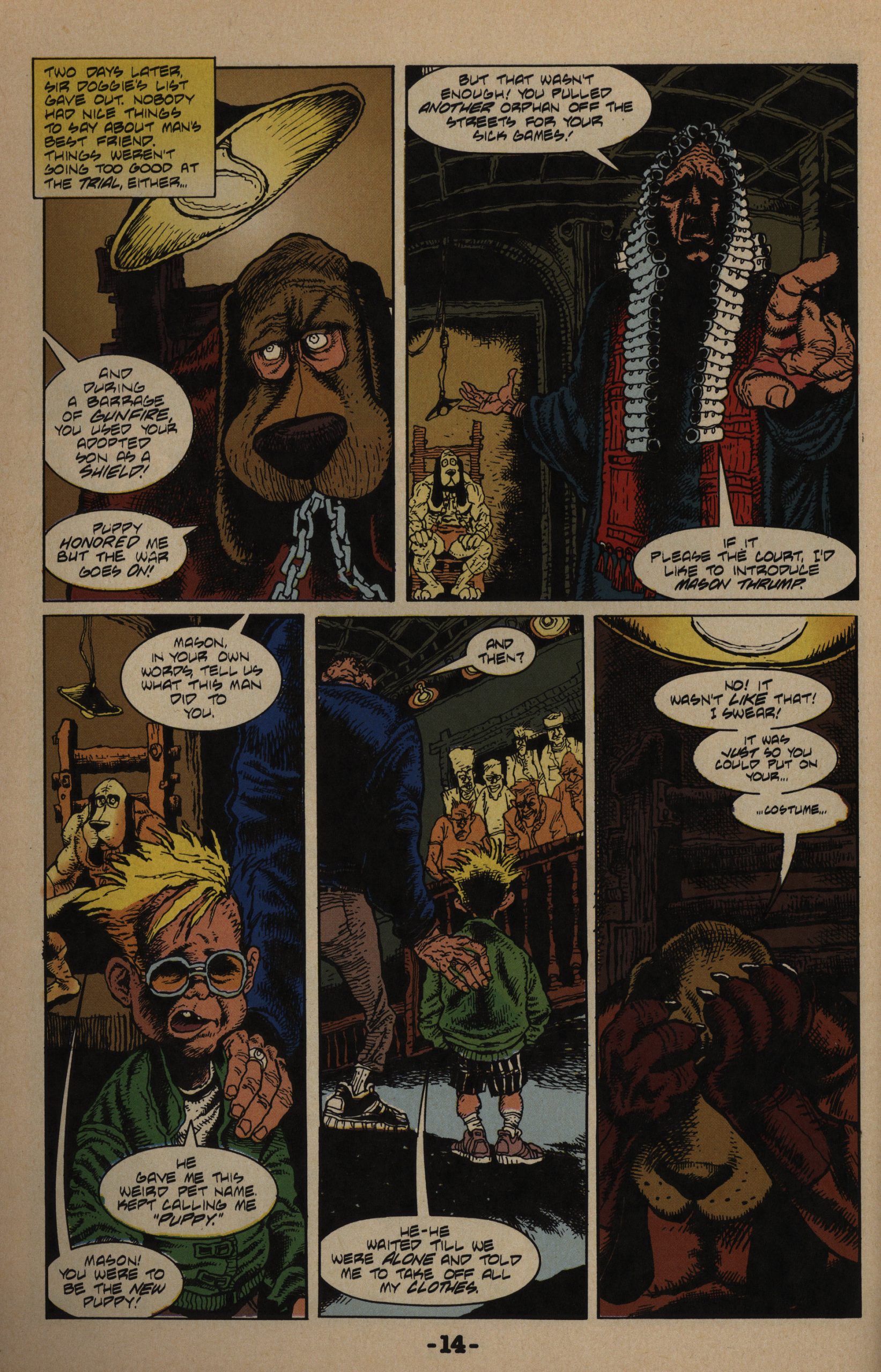 But as the title promised, this is a post-apocalyptic hard boiled detective thing, but as parody. The target of the humour is sometimes a but scattered, like the super-hero stuff that takes up much of the first issue.

I guess it was something in the air at the time — Rick Veitch’s Bratpack covered the same territory. 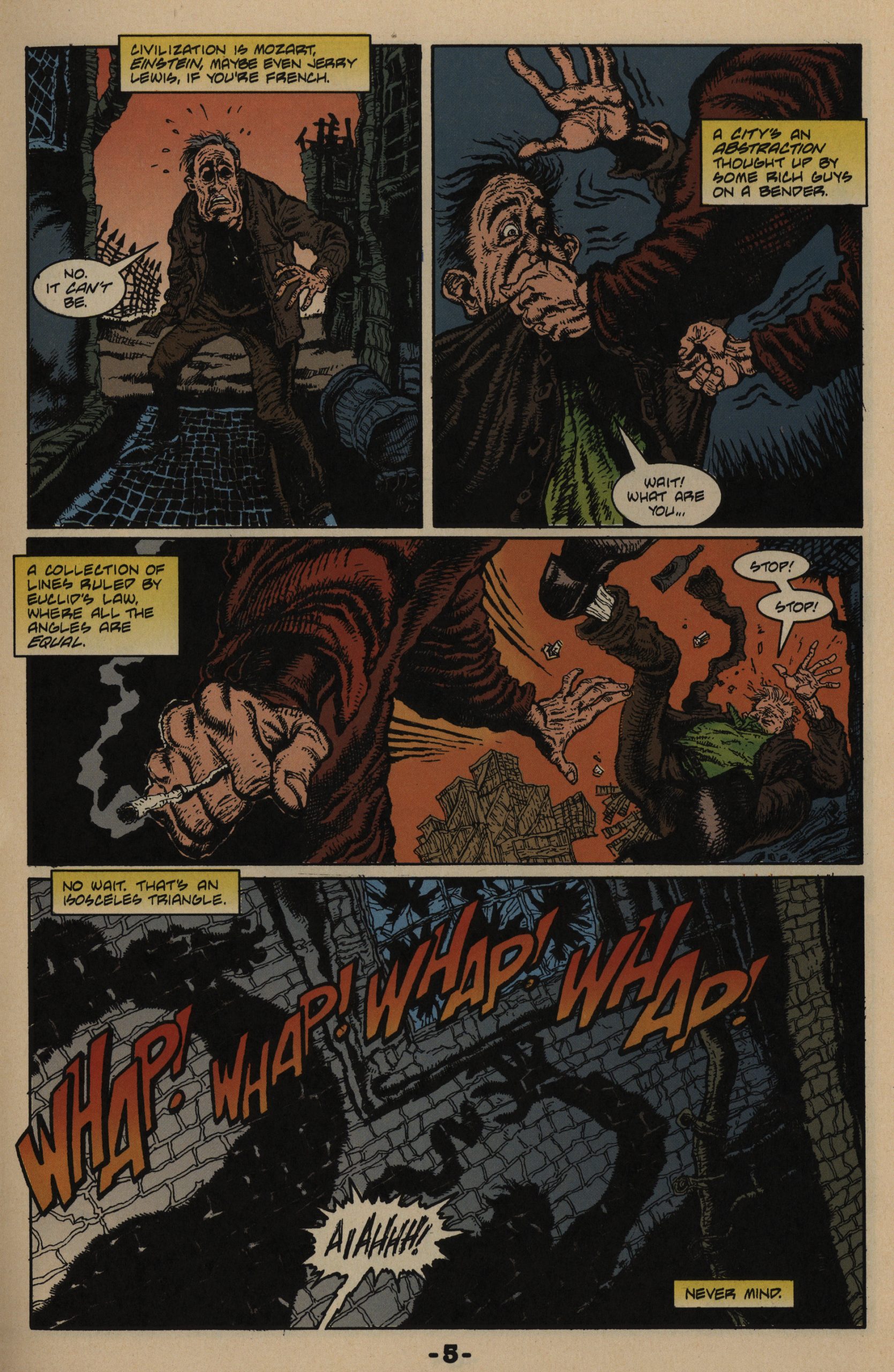 It pretty hyper-violent, but the humour is pretty… it’s inventive and digressive, but never actually hilarious? I think? But it’s good. 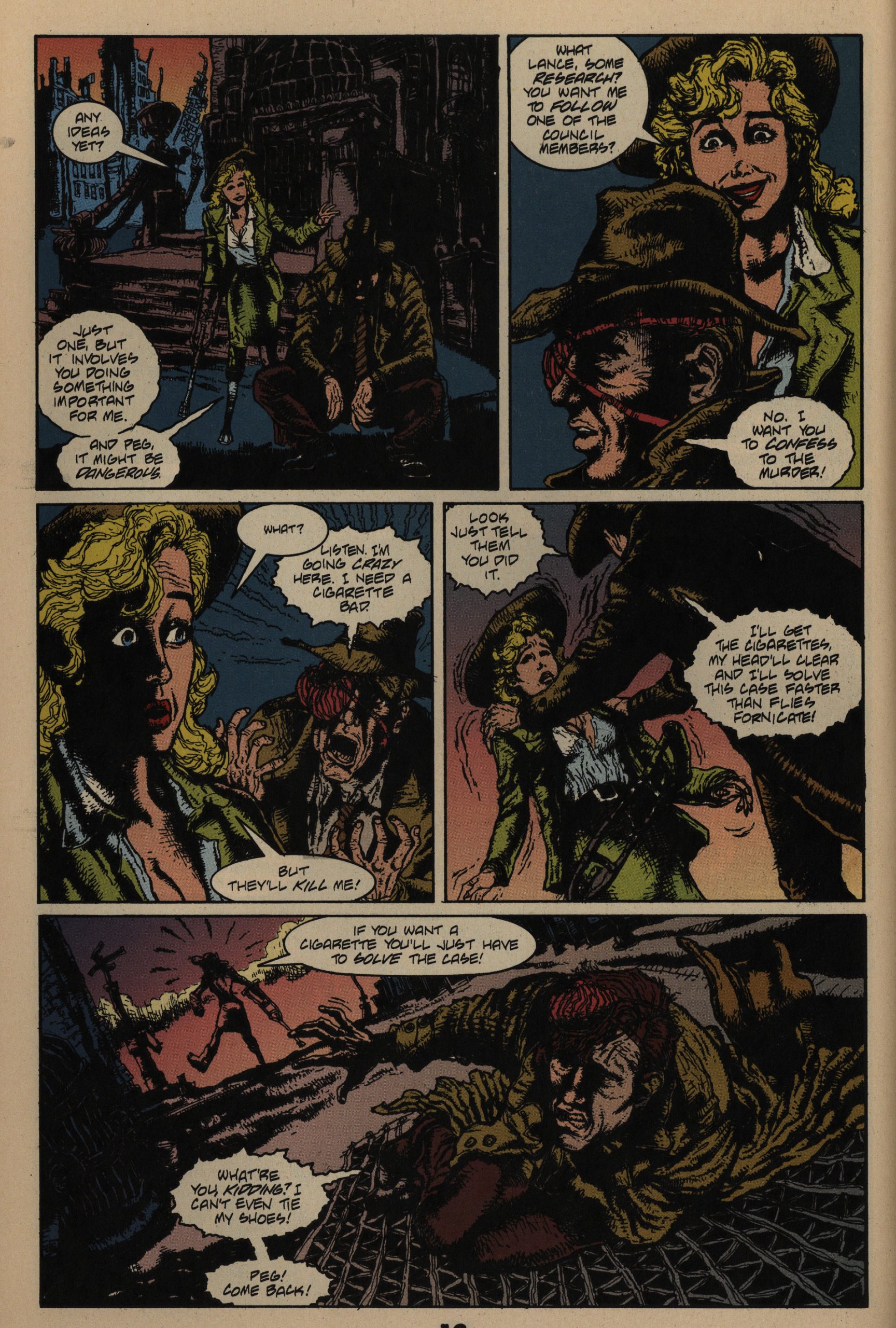 One of the issues is about smoking, and you’d think that’d be kind of boring in this setting, but the sheer incongruousness works well.

The artwork is super-gnarly: Sometimes you think it’d be better suited for a horror book than a humour book, but it works well. The over-the-top angles and storytelling is just right for the material. 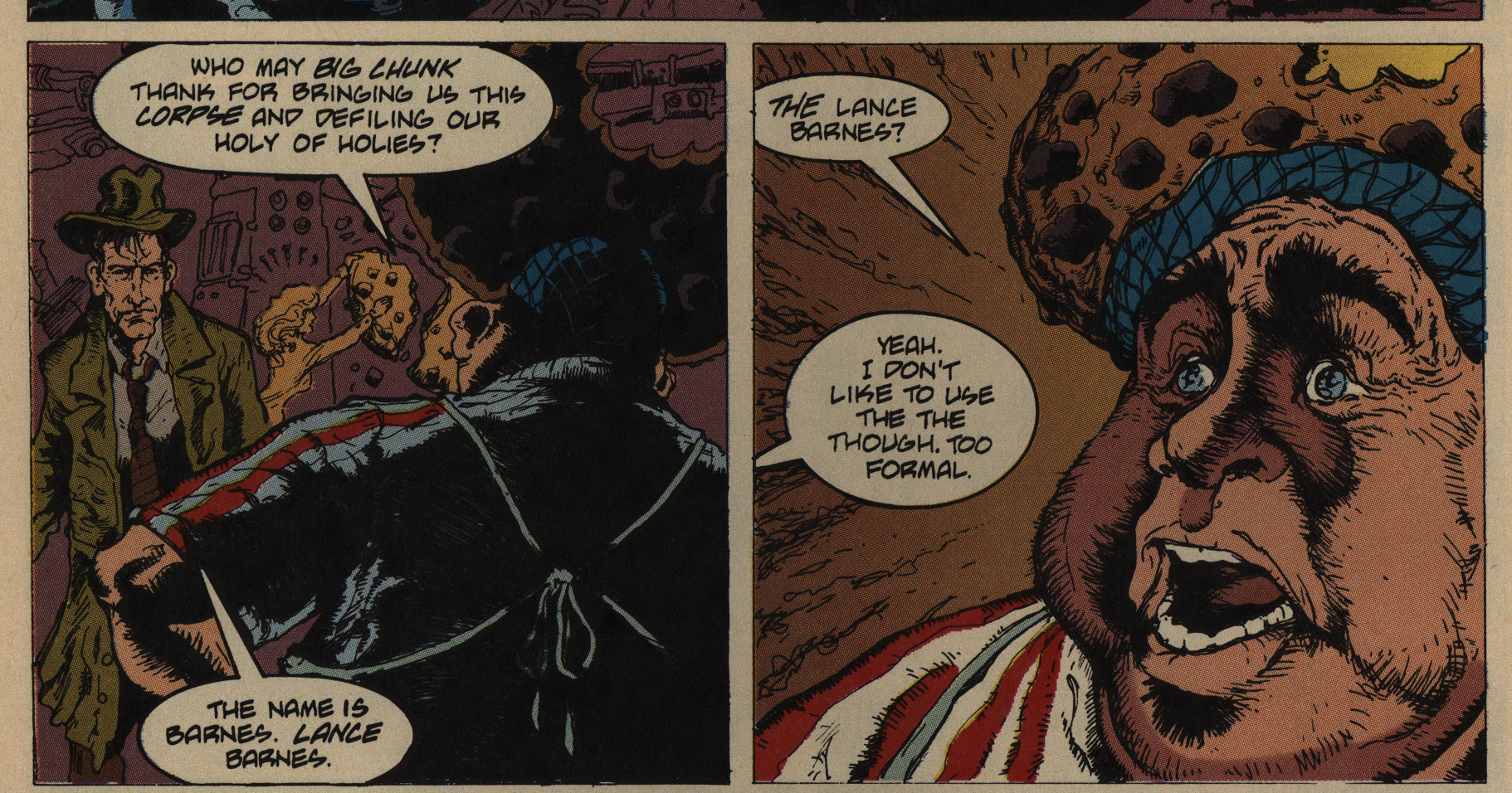 Anyway, that was a surprisingly entertaining way to send off the old regime. I’m guessing that the Heavy Hitters stuff isn’t going to be as funny, but we’ll see…

The series was collected and reprinted by Moonstone in 2004.

Not for everyone, maybe, but it did me nicely, thank you very much…

And there’s a podcast? I didn’t listen to it, though.