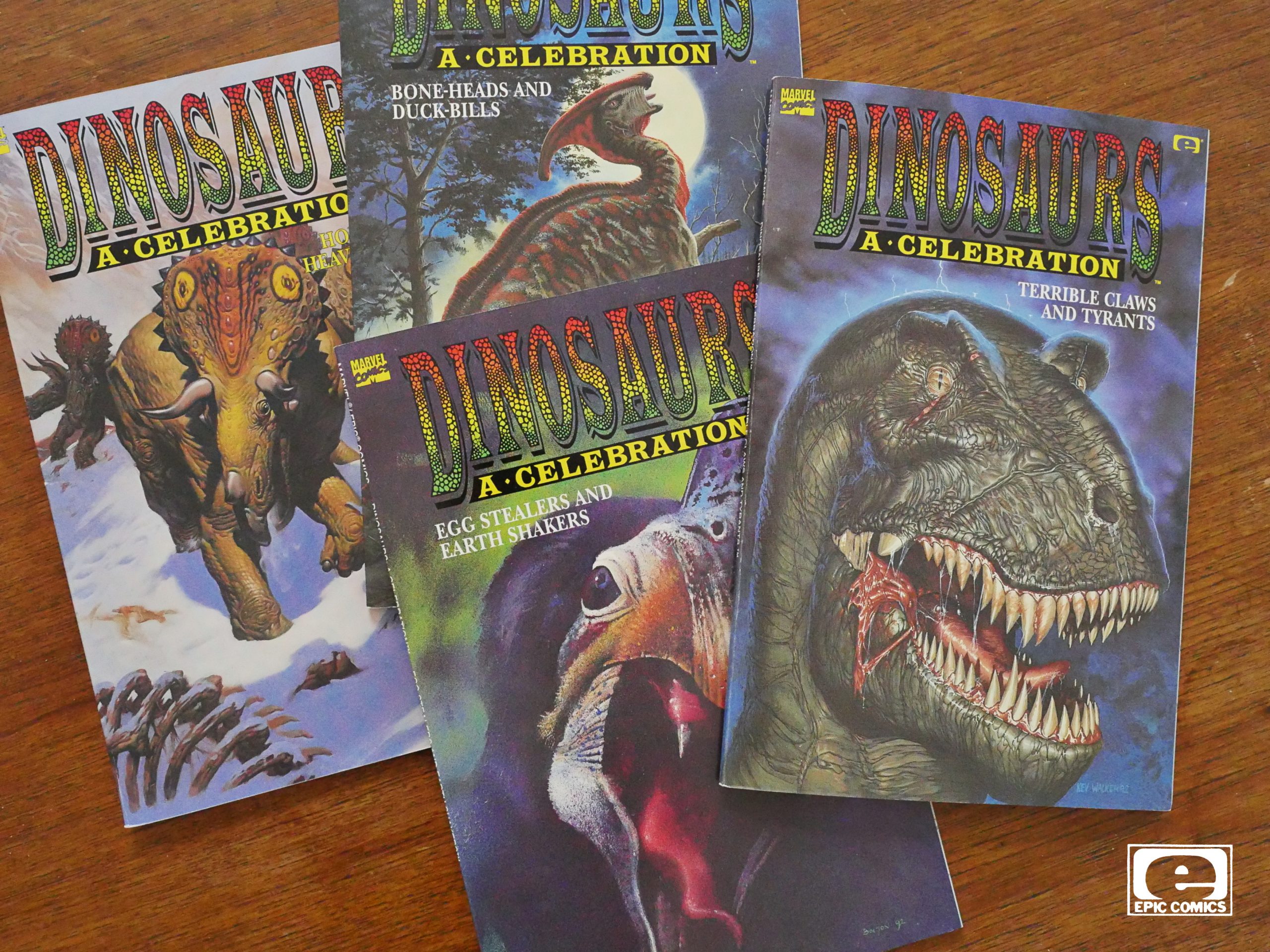 What’s this then? Another series coming out of Marvel UK? It’s the third in a row on this blog, and I have them all as being published in November 1992… so was Epic doing an autumn cleaning of inventory from Marvel UK? 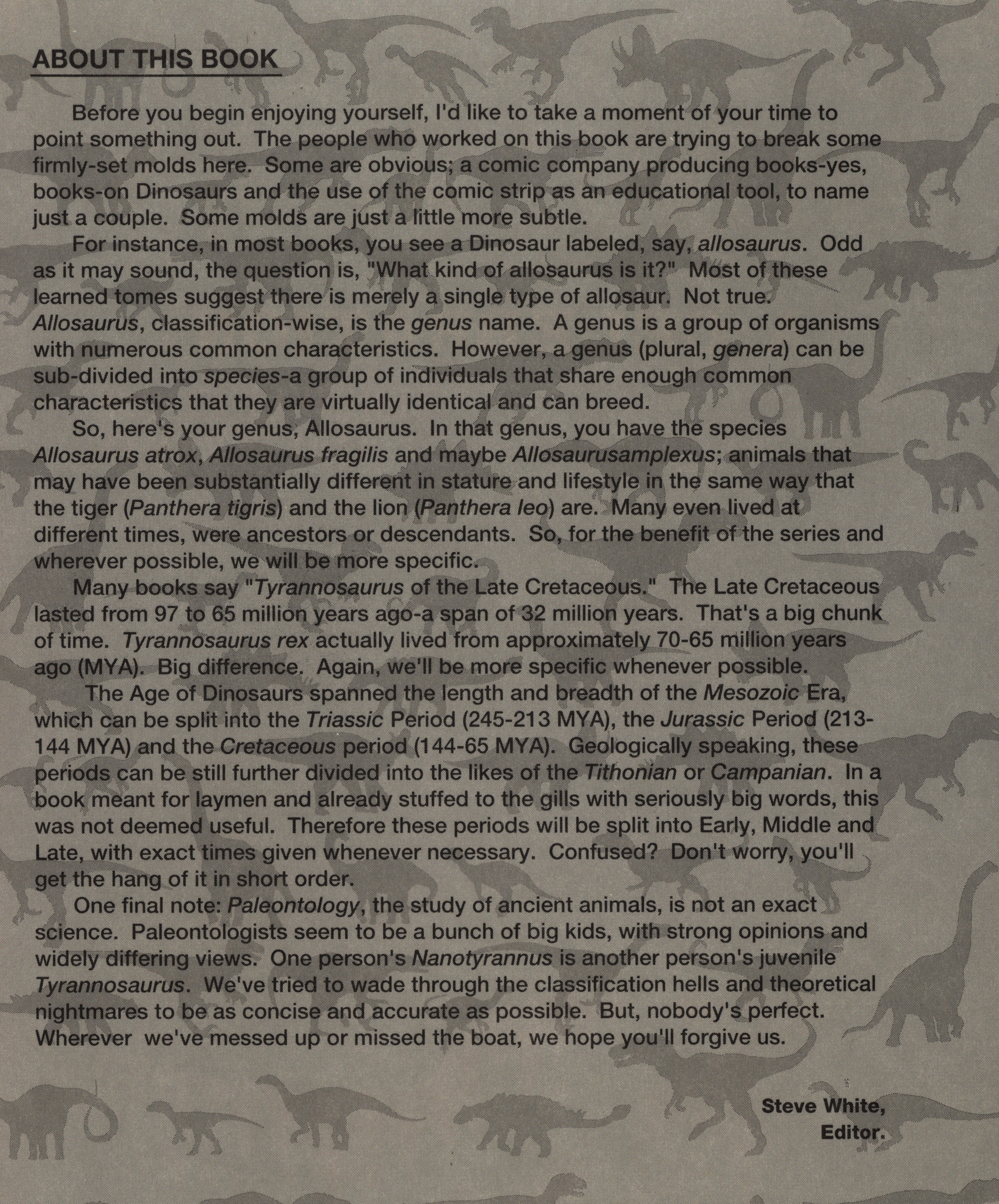 Anyway, this is a four issue, 48 page “prestige format” series about dinosaurs. Reading the introduction, it sounds like we’ll be in for the most pedantic saurian book ever… 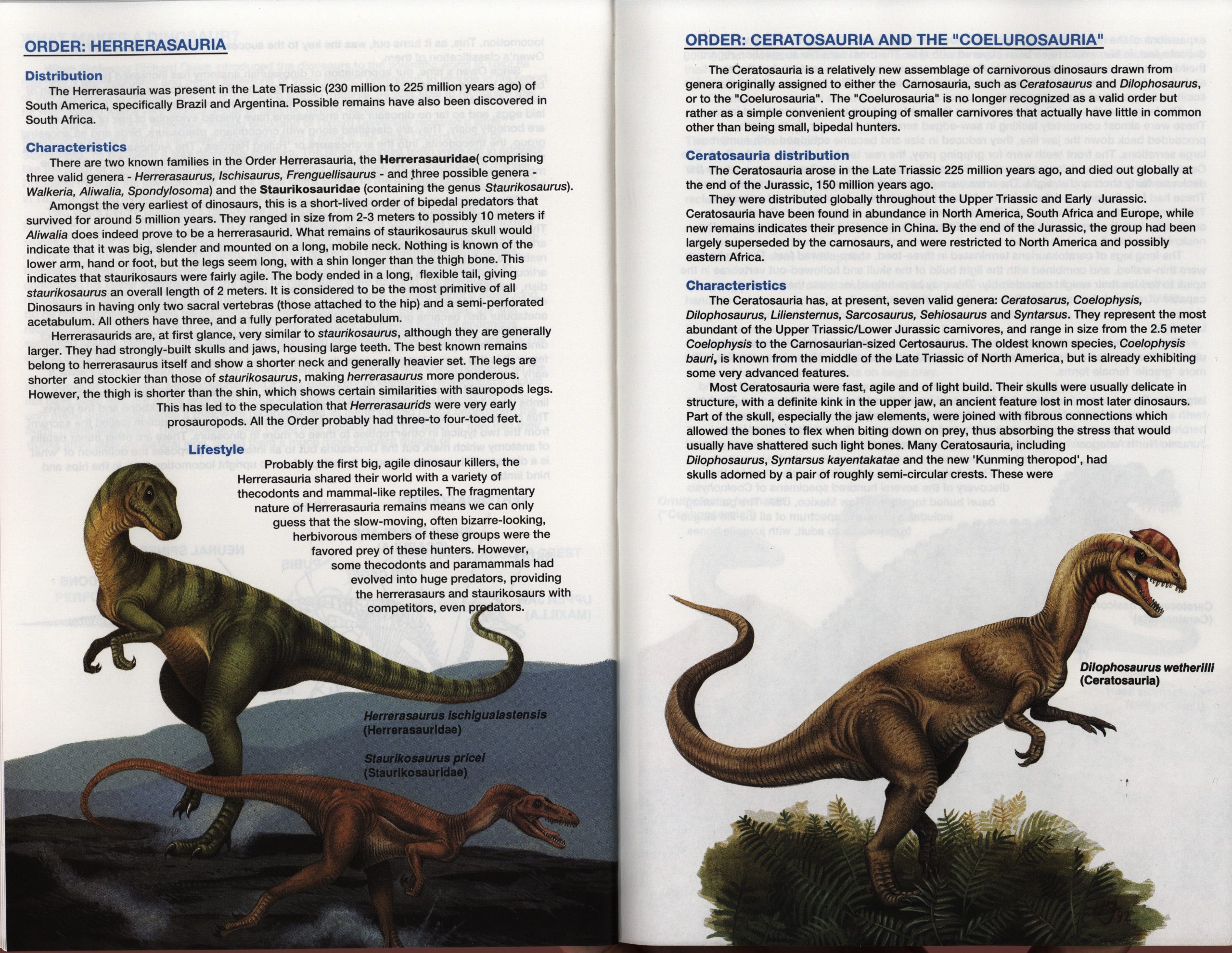 … and about one third of the contents are pages like this, where we get an overview of different dinos and their characteristics. I have to admit that I mostly skipped these pages when reading this, because my interest in dinosaurs is pretty slight. 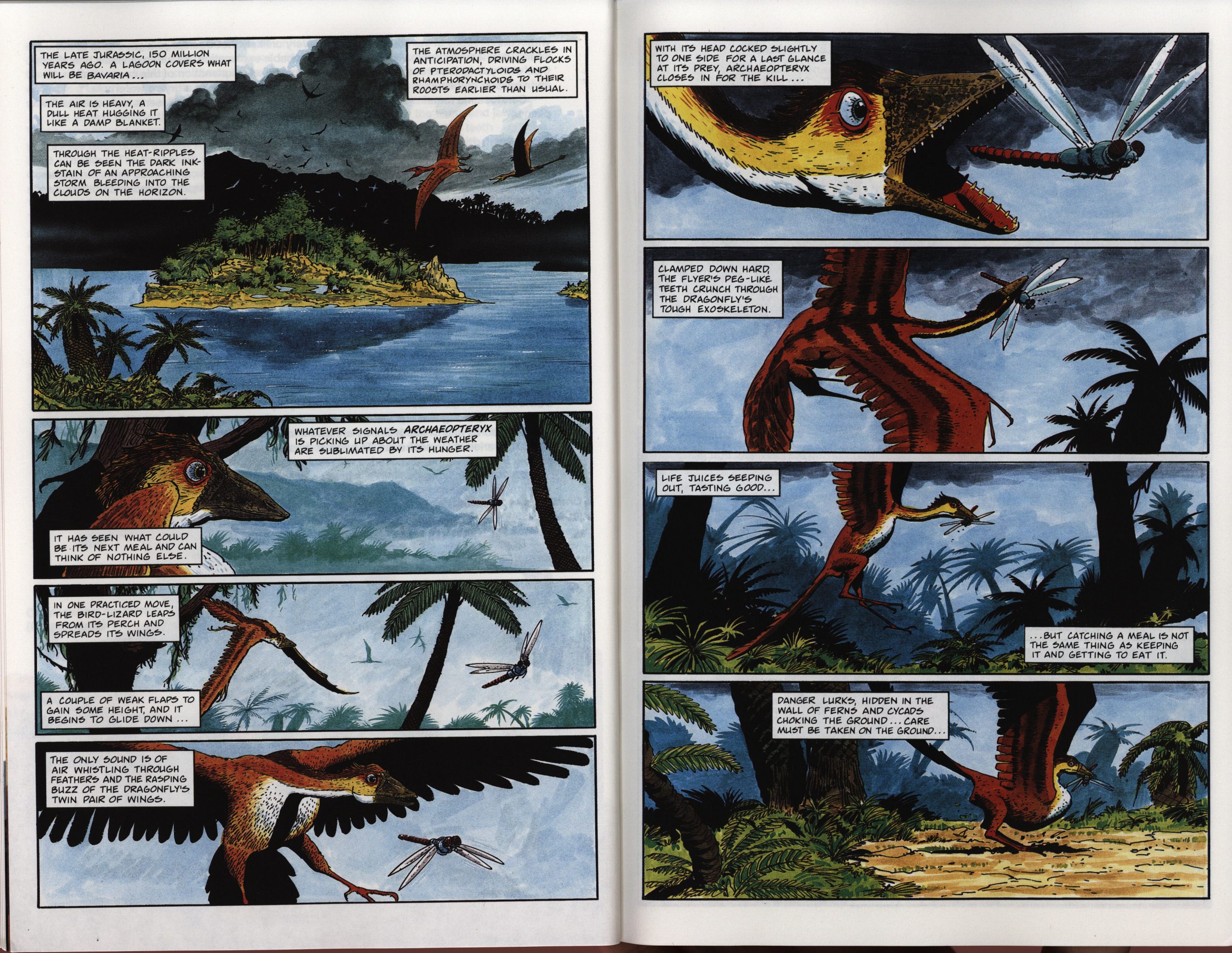 About… half? Of the pages, though, are comics, and I did read these. The writers definitely shy away from anthropomorphising the animals, which is nice, but which leaves them with something of a conundrum: What are they then going to have these stories be about? 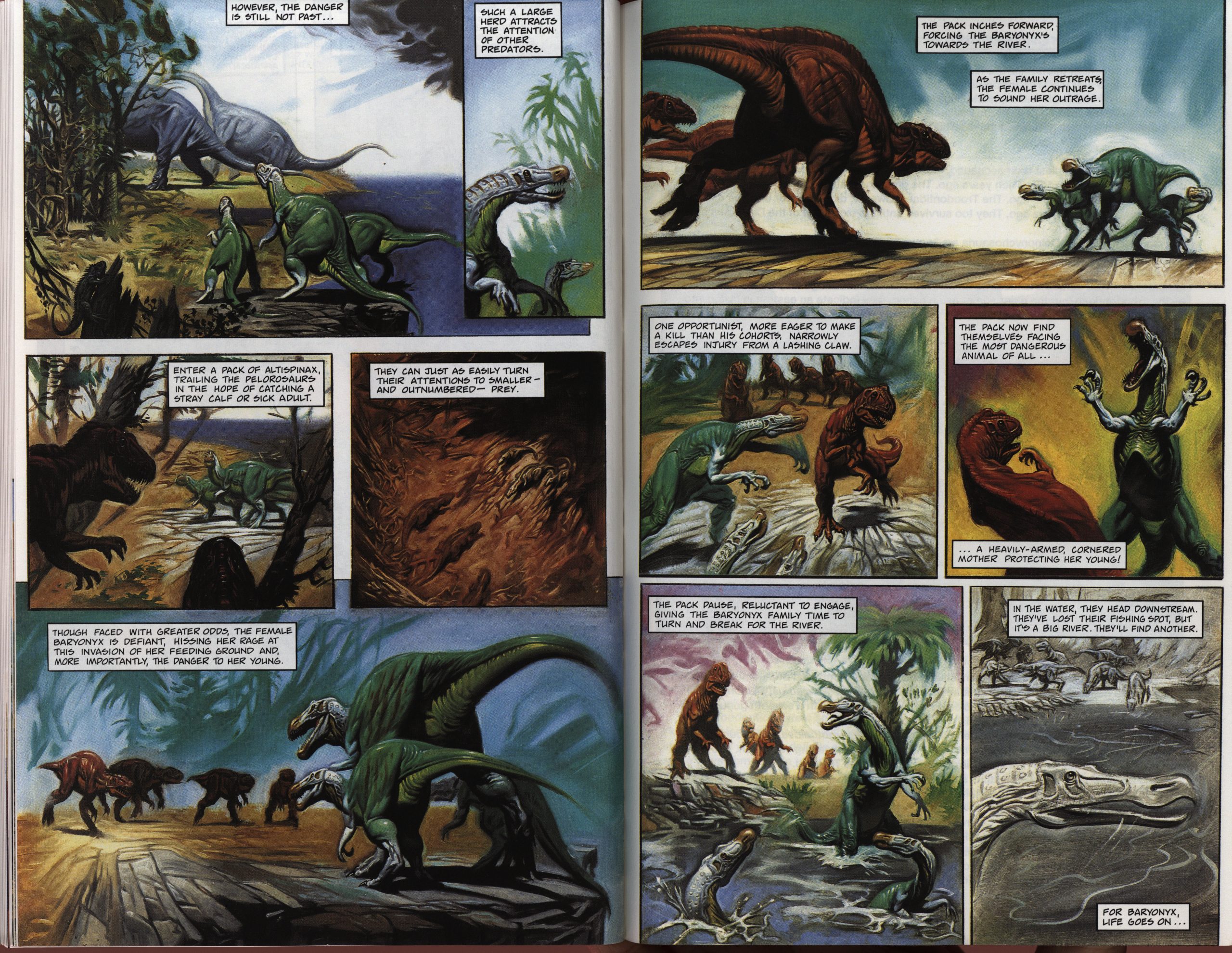 And it’s seems pretty clear that the edict is that every story has to be super-dramatic, so all the stories have some killing or serious fighting going on. It’s the easy, obvious choice, and if you’re doing a book about dinosaurs, you should definitely have some dinosaurs fighting each other.

But in every single story? It’s a pretty small part of life for real animals, really. I mean, time-wise: Most of the time is spent lazing about, playing with the kids and socialising. And we get nothing of that here, which makes these stories, fine as they are in isolation, pretty mind-numbing after a while. 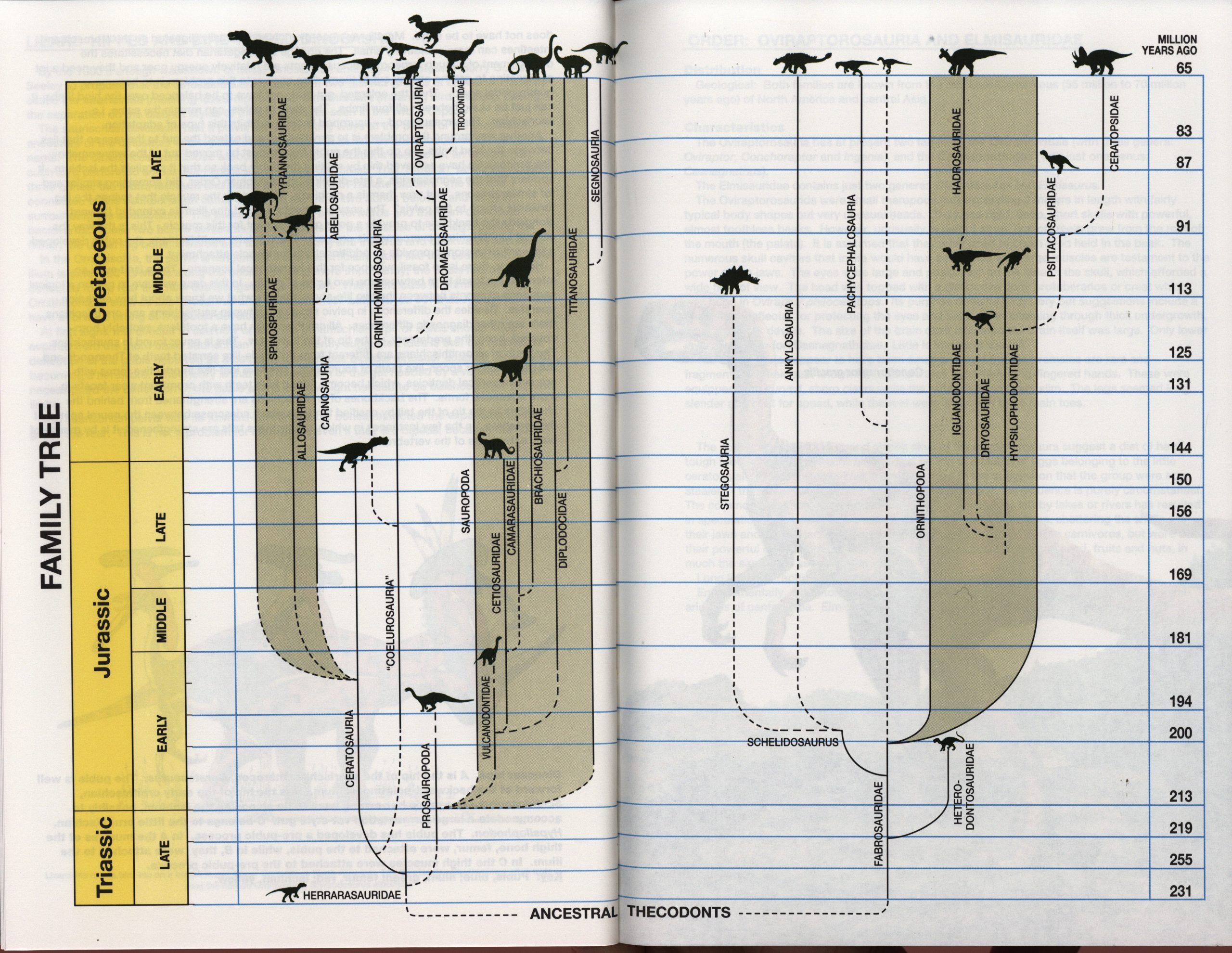 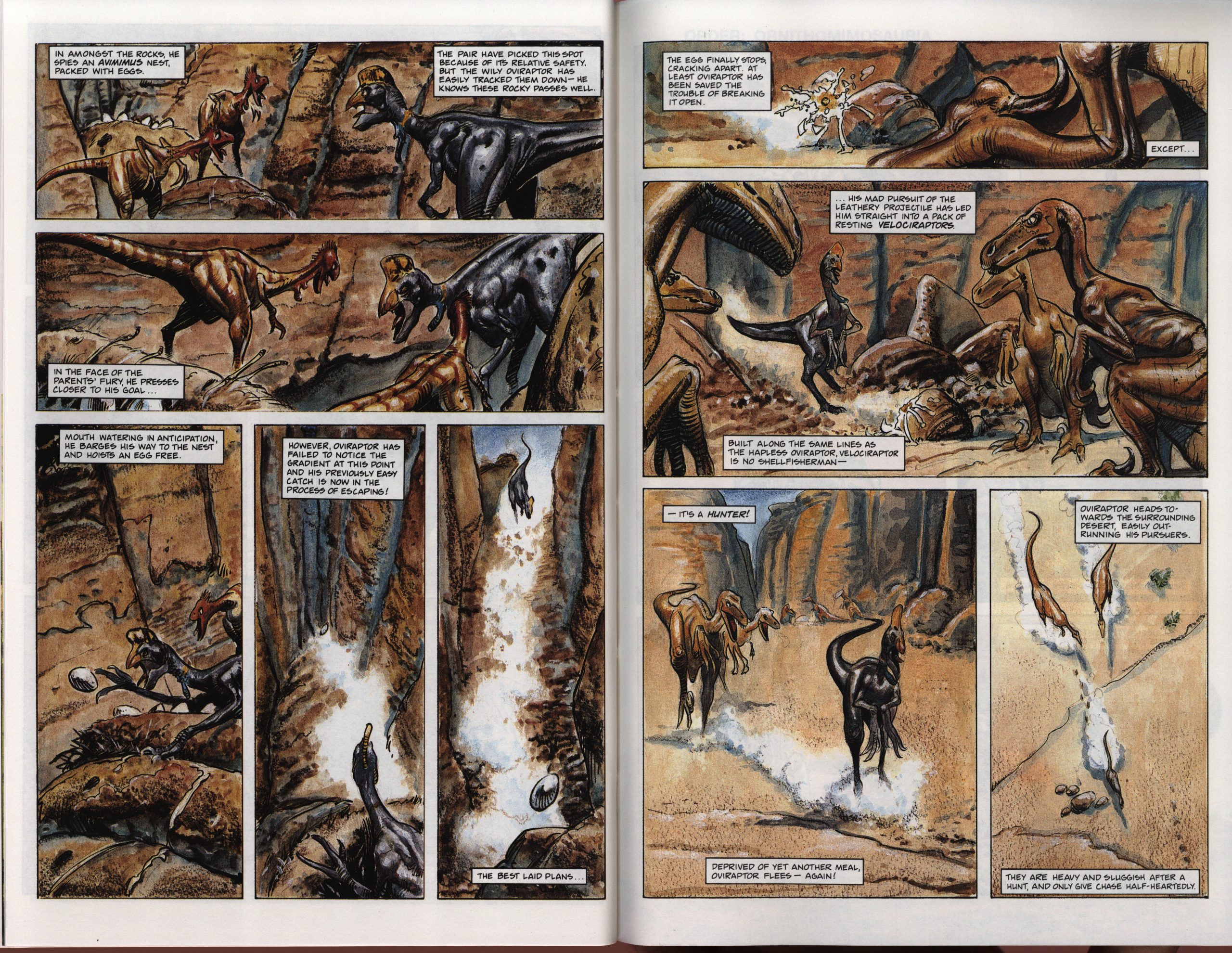 A couple of the stories get pretty close to having a real narrative, which makes as change. 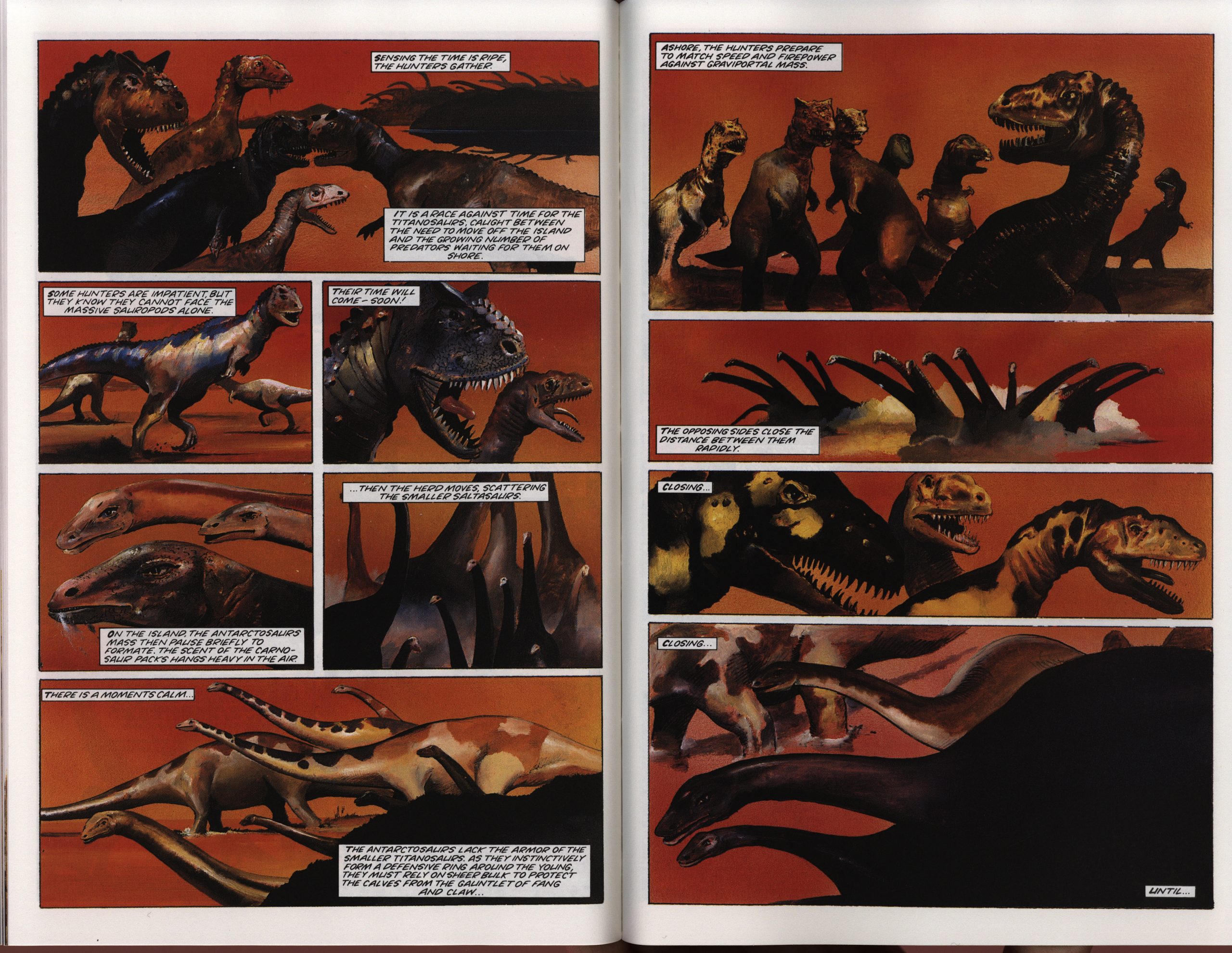 But perhaps the stories themselves are mostly just excuses for having some really good artists having a go at drawing dinosaurs? Well, why not? 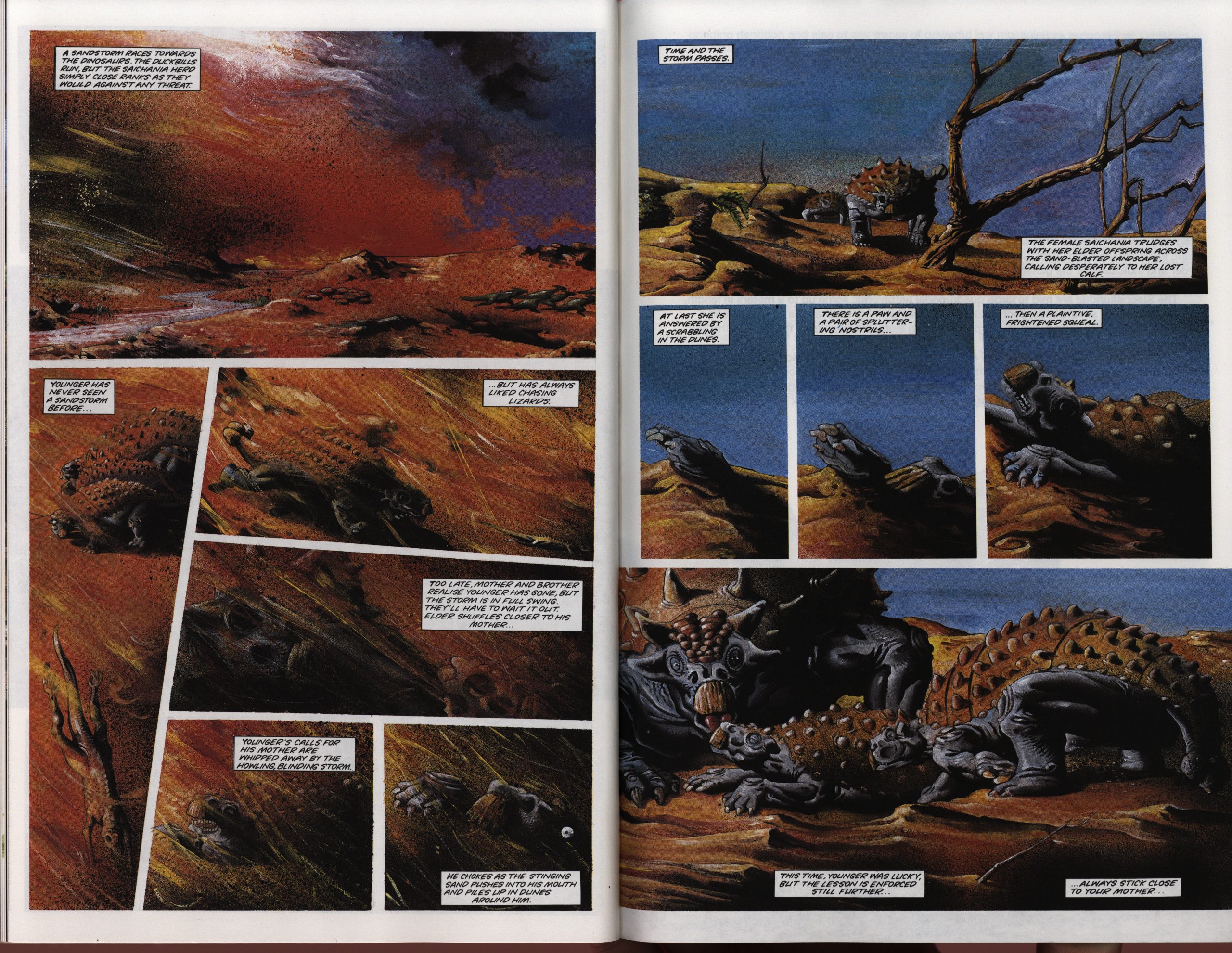 There’s even some jokes! And this is a story that’s not about hunting! Variety! Yes!

So, this book is obviously not for me, and I think that dino fans will mostly find this a really entertaining and interesting book. Of course, the dino science has moved on quite a bit in the 30 years since this was published, but still…

Marvel published a collected edition of this series in 1997, but it doesn’t seem to have been reprinted since then?

This guy seems to know what he’s talking about:

The series was hit-and-miss. While the encyclopedia-type portions attempted to be educational, the short collections of semi-technical passages were dry and uninspiring, and the quality of the artwork varied from story to story. Late in the “Bone-Heads and Duck-Bills” issue there is a beautifully illustrated tale about an attack on a Pachycephalosaurus herd by a Tyrannosaurus pack drawn by well-known paleo-artist Luis Rey, but a comic about South American sauropods illustrated by Chris Foss in another issue directly lifts poses from other works of paleo-art, and the dinosaurs have a lumpy, muddy look about them.

This all reminded me of that funny article about flensed-looking dinosaurs that was published the other year. I have no idea whether this is a well-founded critique of paleoartists, but this is pretty funny: 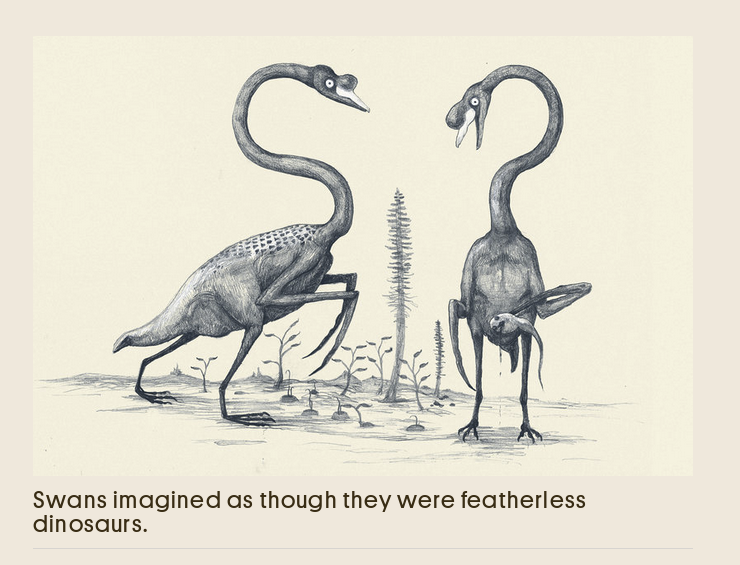 Look at those murder spikes on that swan!