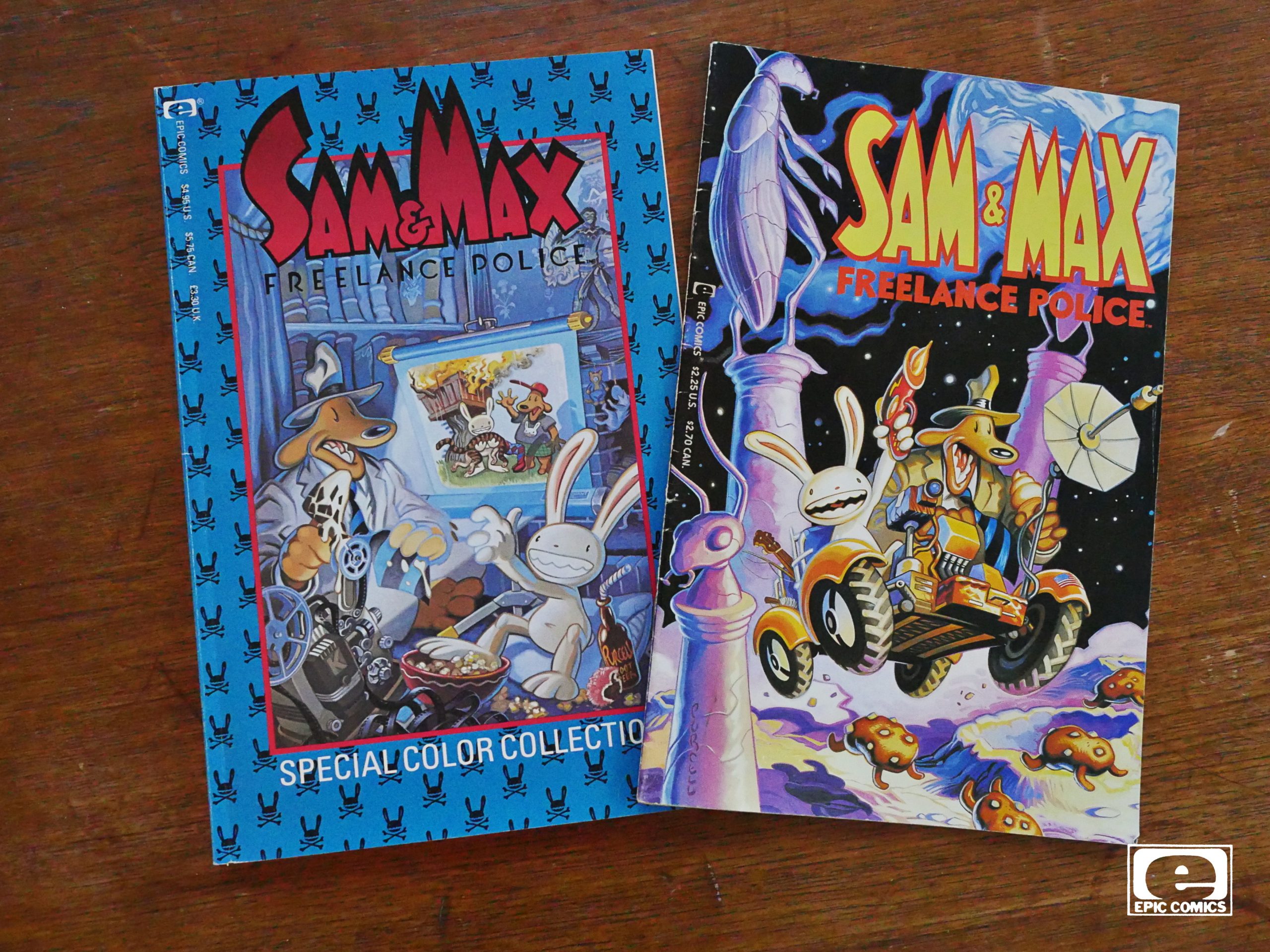 This is a pretty oddball thing for Epic to be publishing. First of all, Sam & Max was a long-running humour indie comic back in the 80s, and that’s not really Epic’s forte. And second of all: One 32-page (newsprint) book, and one 48-page “prestige” format book? That’s just… odd… 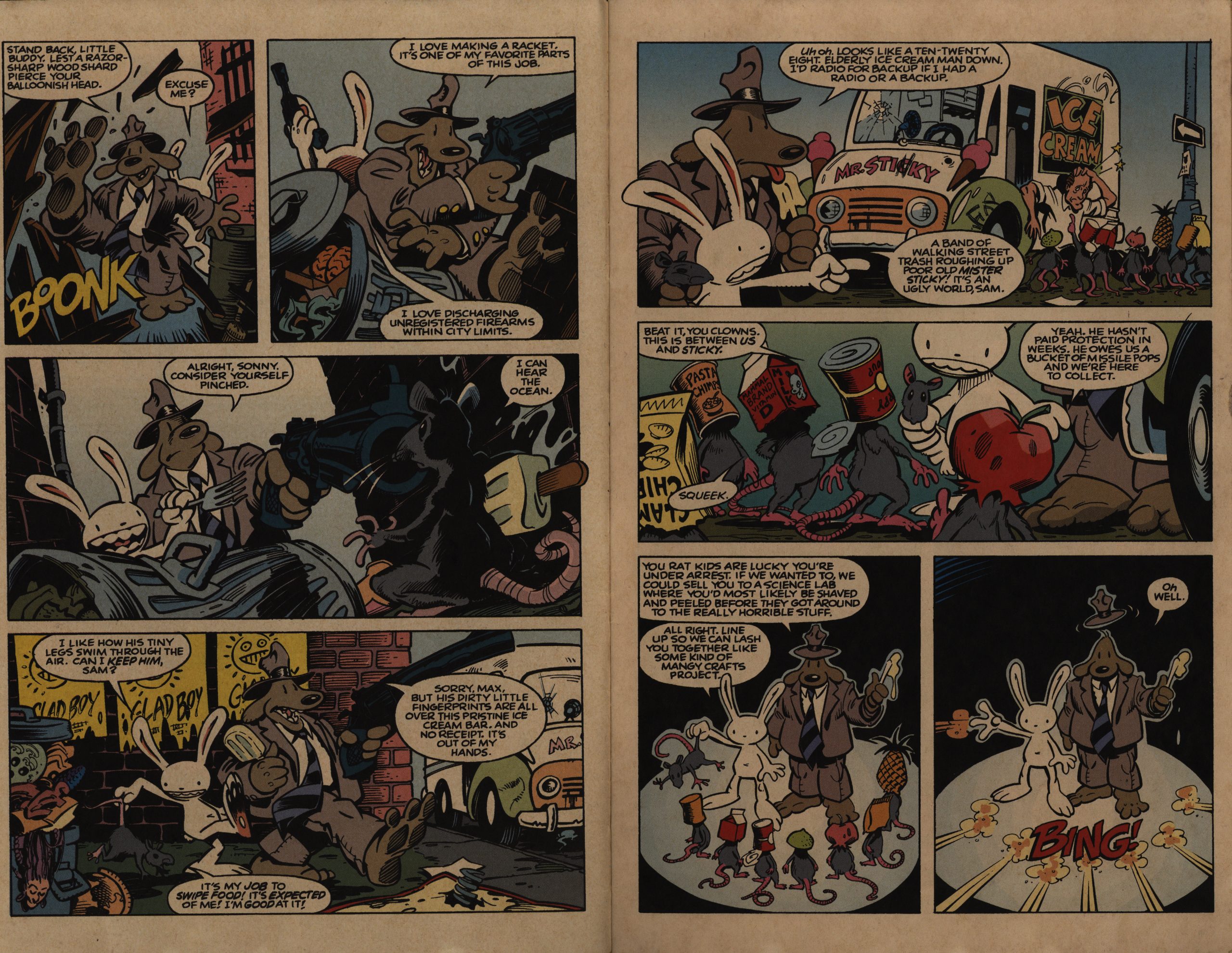 Anyway, I remember reading a story or two with Sam & Max as a teenager, but I never took to it. The artwork is very appealing, just perfect for this kind of zany stuff, and there’s jokes keep on coming; both visual gags (like that that gun being awfully huge, even when not in forced perspective) and verbal gags. 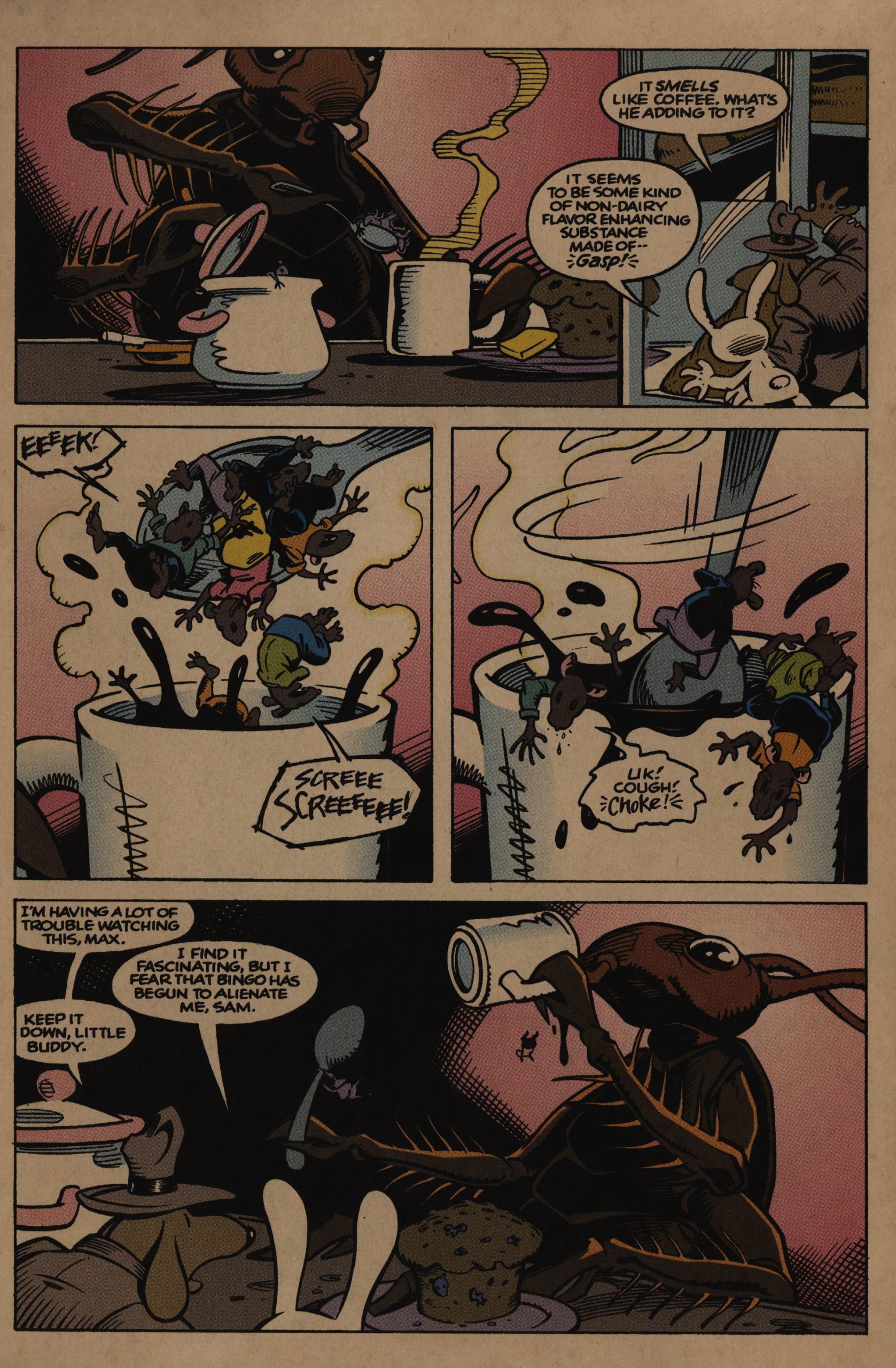 But it’s all so hyper-violent; way more than these things are. Those drowning guys making pitiful noises aren’t really gut-busters, are they now? I didn’t appreciate this sort of stuff as a teenager, and it just seems tired to me now.

It’s a mightily inventive story, though. I won’t even try to explain anything about it, because it’s something to behold. My copy lacks… 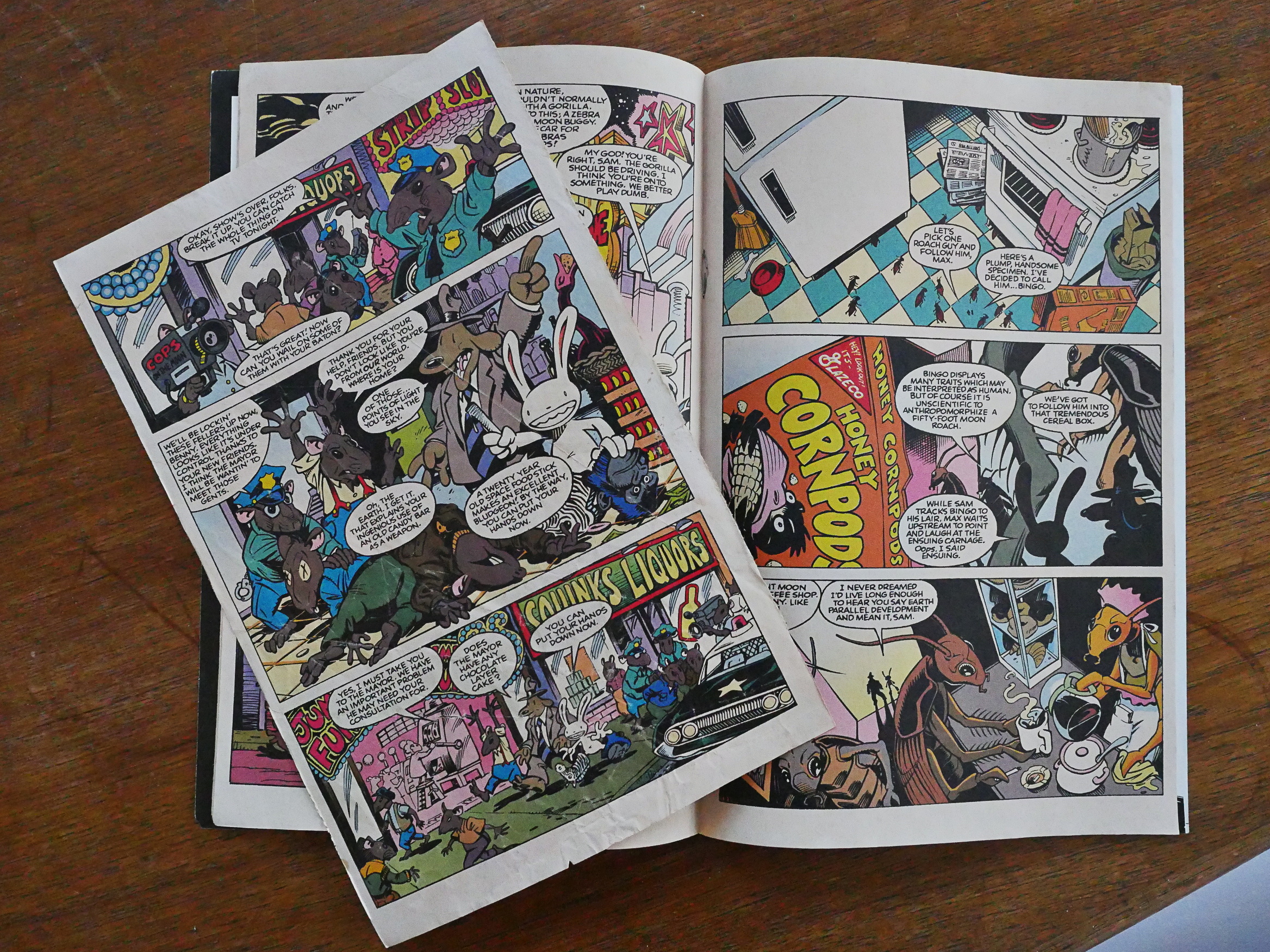 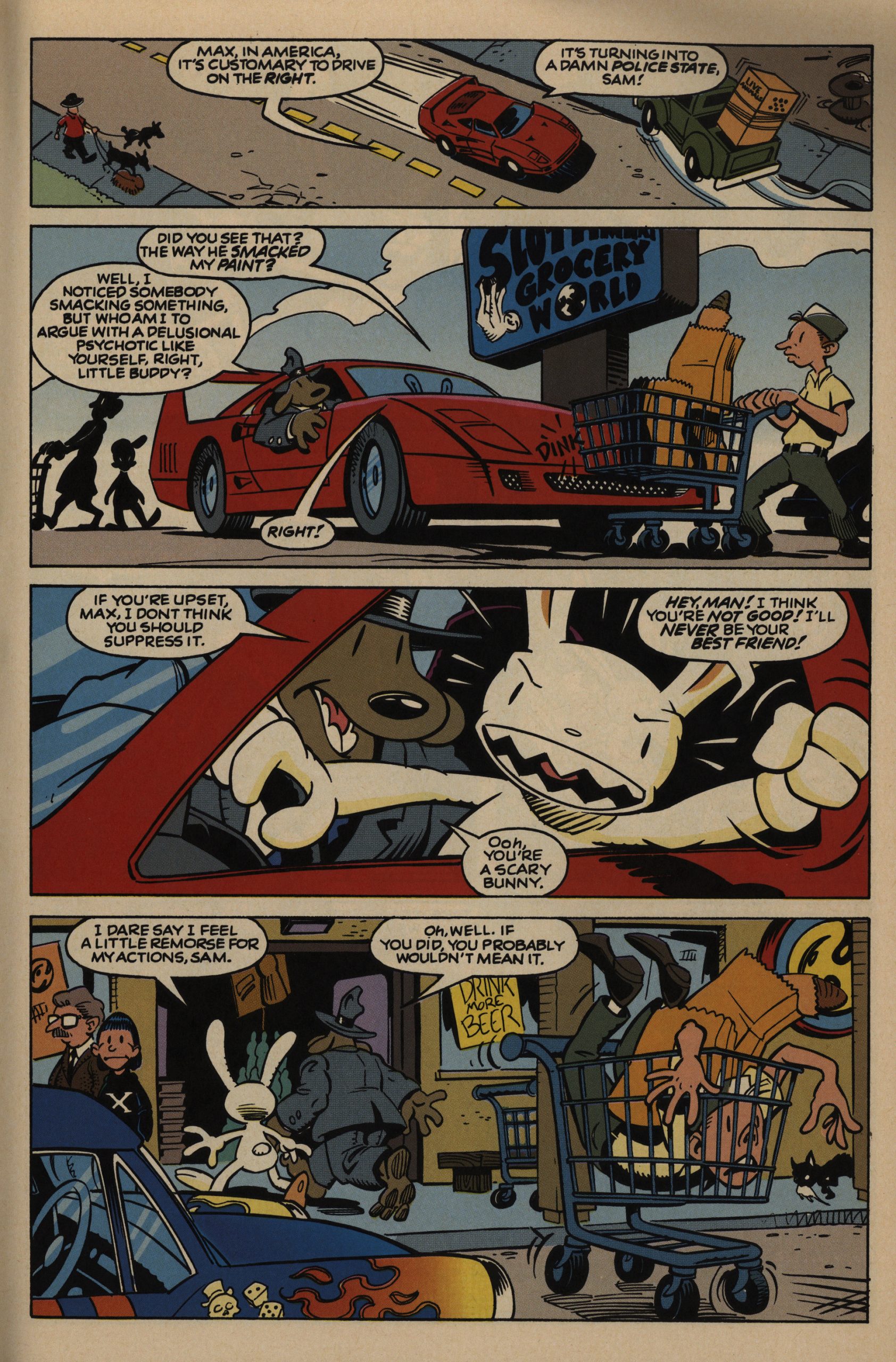 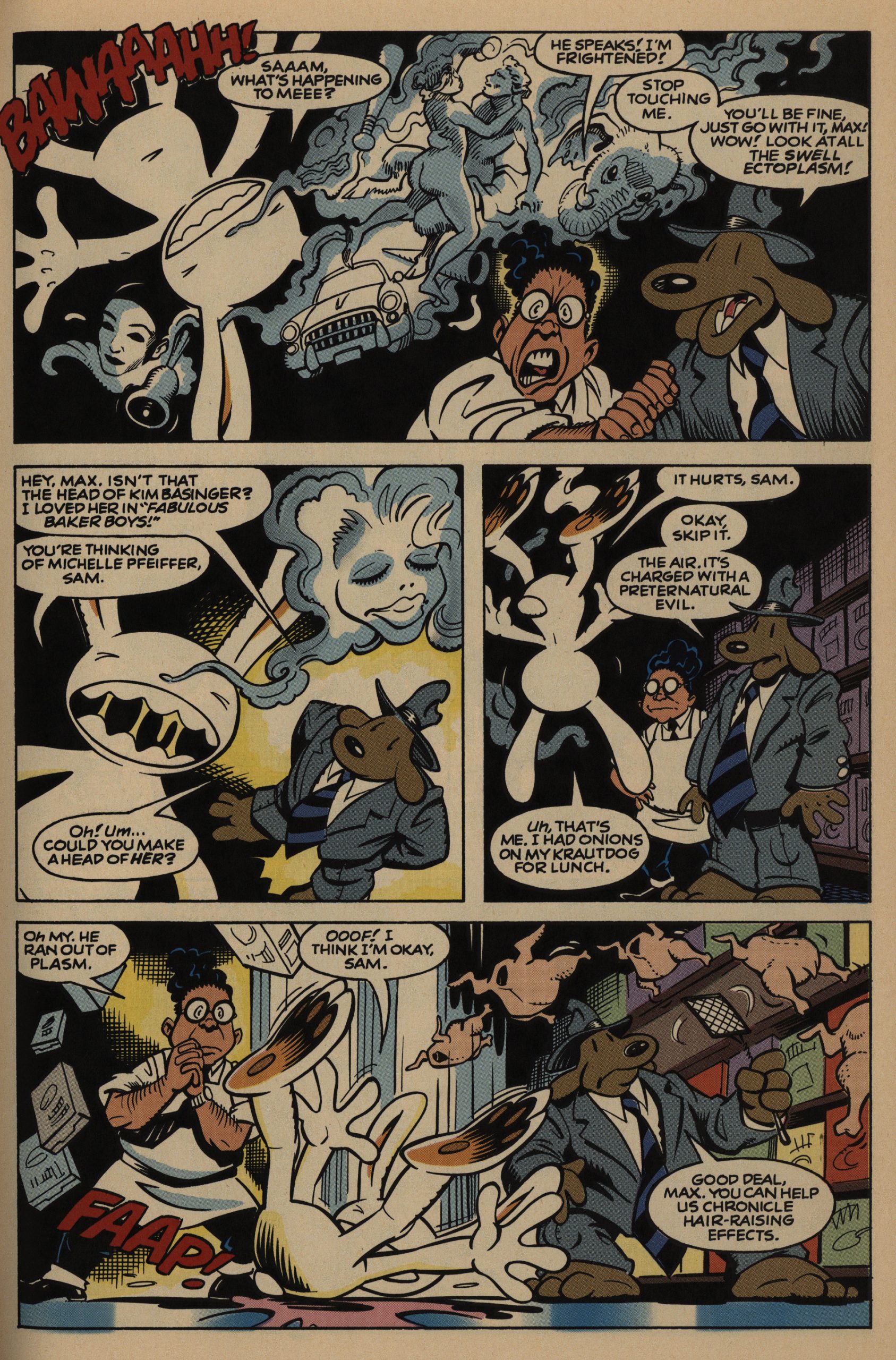 It’s a bunch of shorter stories, and they are even more zany than in the 32-page book. I mean: 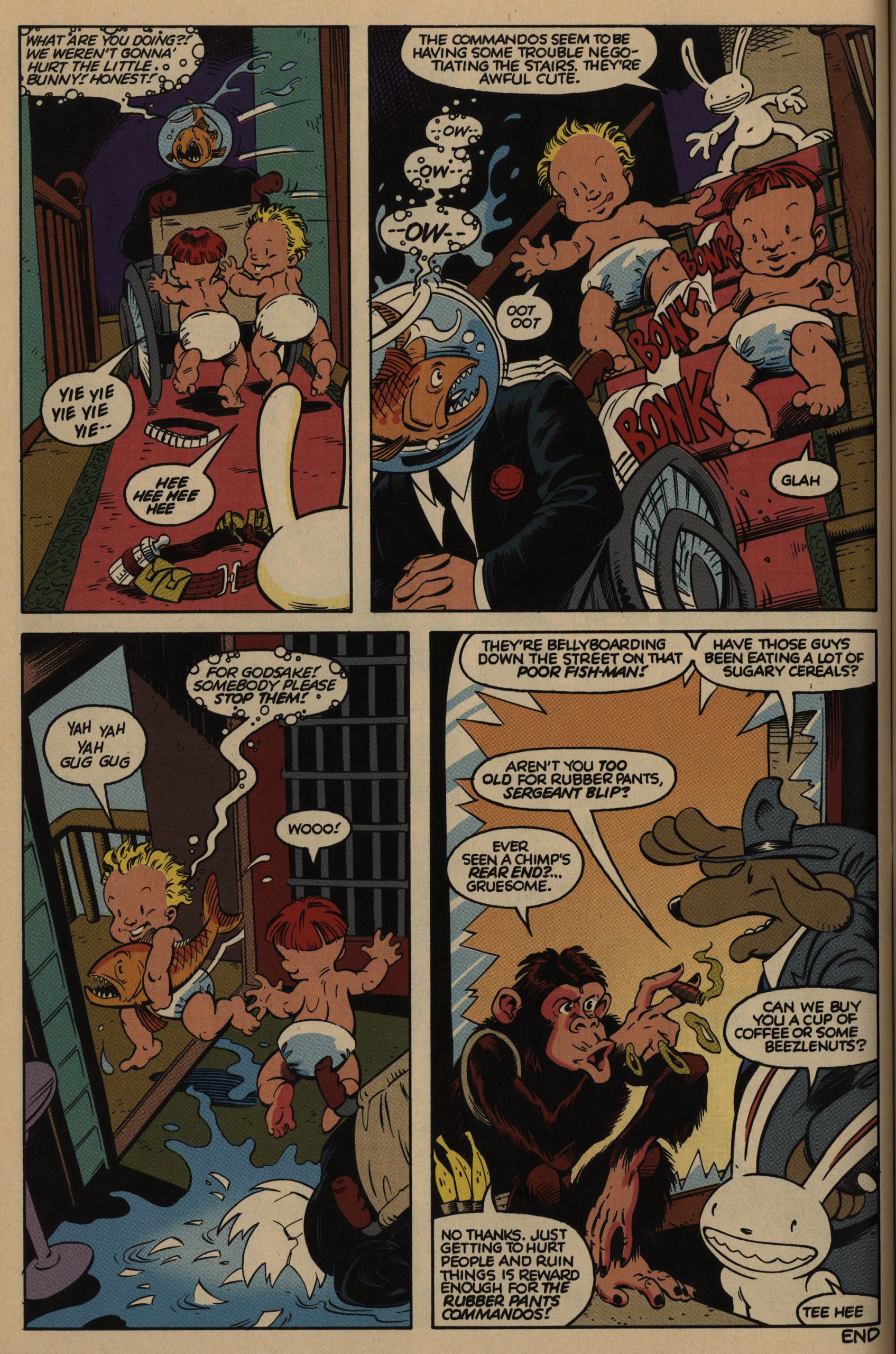 These comics were reprinted in a collected edition about a decade ago, and the characters showed up in video games and animated series.

The comics are generally well-regarded:

The other possibility is that your jaw will drop in amazement that someone out there speaks your secret language – the language of a style of humor that you didn’t realize anyone else knew, apart from you and perhaps a few close friends. You’ll feel as if you’ve been reading Sam & Max all your life, saying the same quirky lines back and forth with your friends. And you’ll be laughing like crazy.