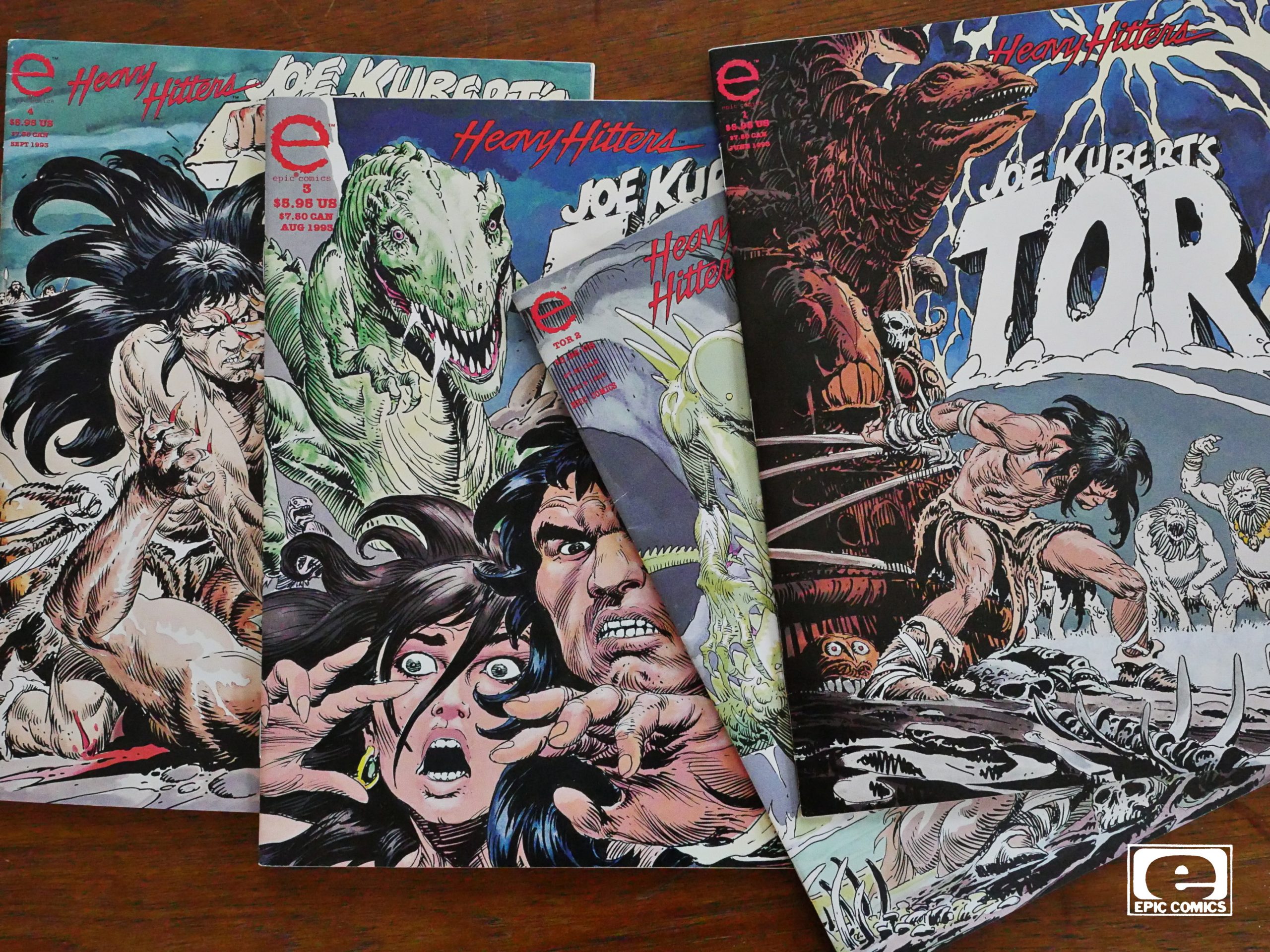 OK, so Marvel re-launched Epic as “Heavy Hitters” to (presumably) attract a younger audience… so they do a series of Joe Kubert’s Tor? The barbarian character that Kubert has had kicking around since the 50s? Makes sense?

It’s also the only thing Epic published in this format: These are four 32-issue floppy magazines, which isn’t exactly a format that has ever set the direct market on fire. Why not a squarebound album format instead?

So… from a commercial standpoint, this seems to make little sense. 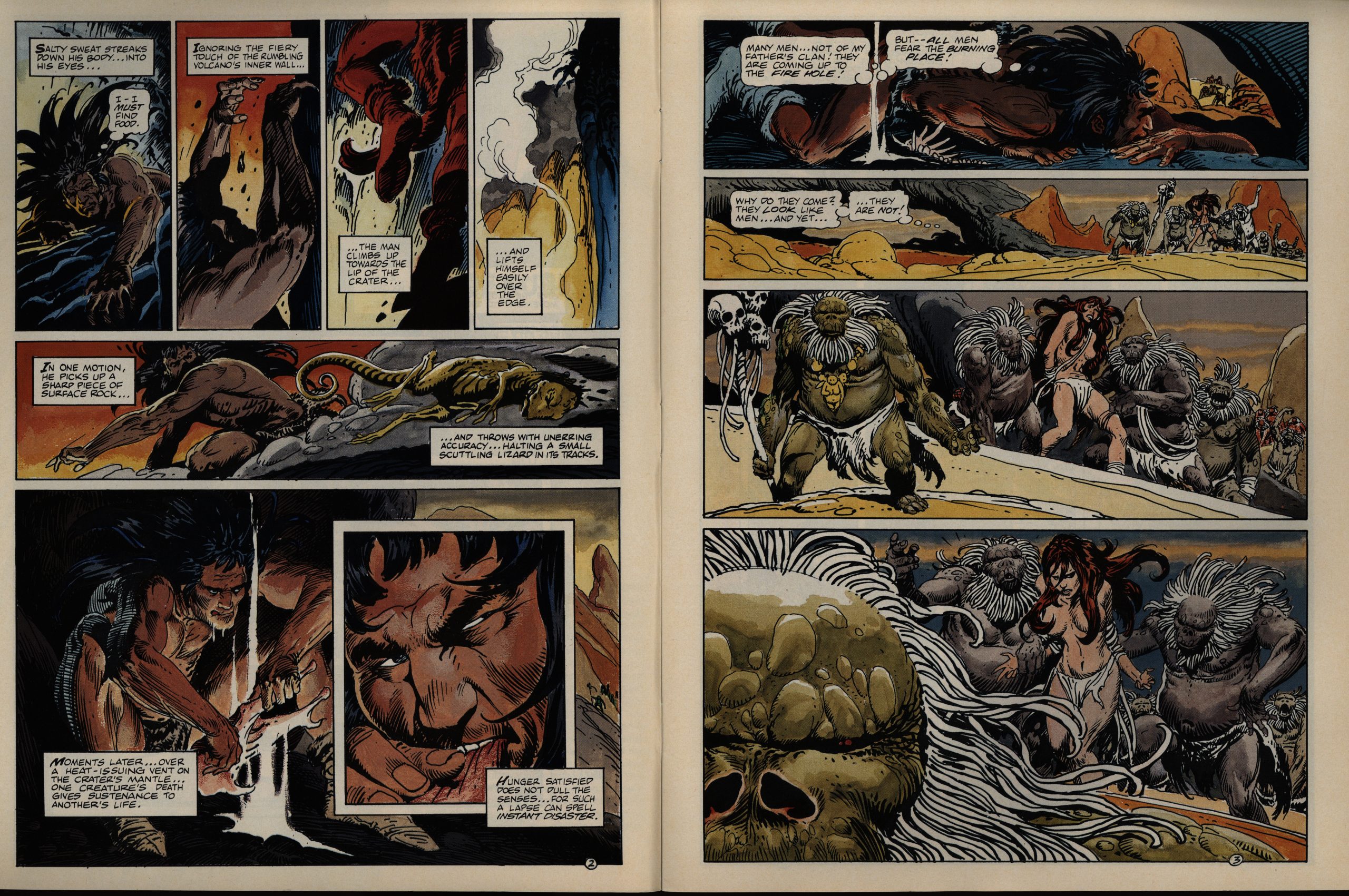 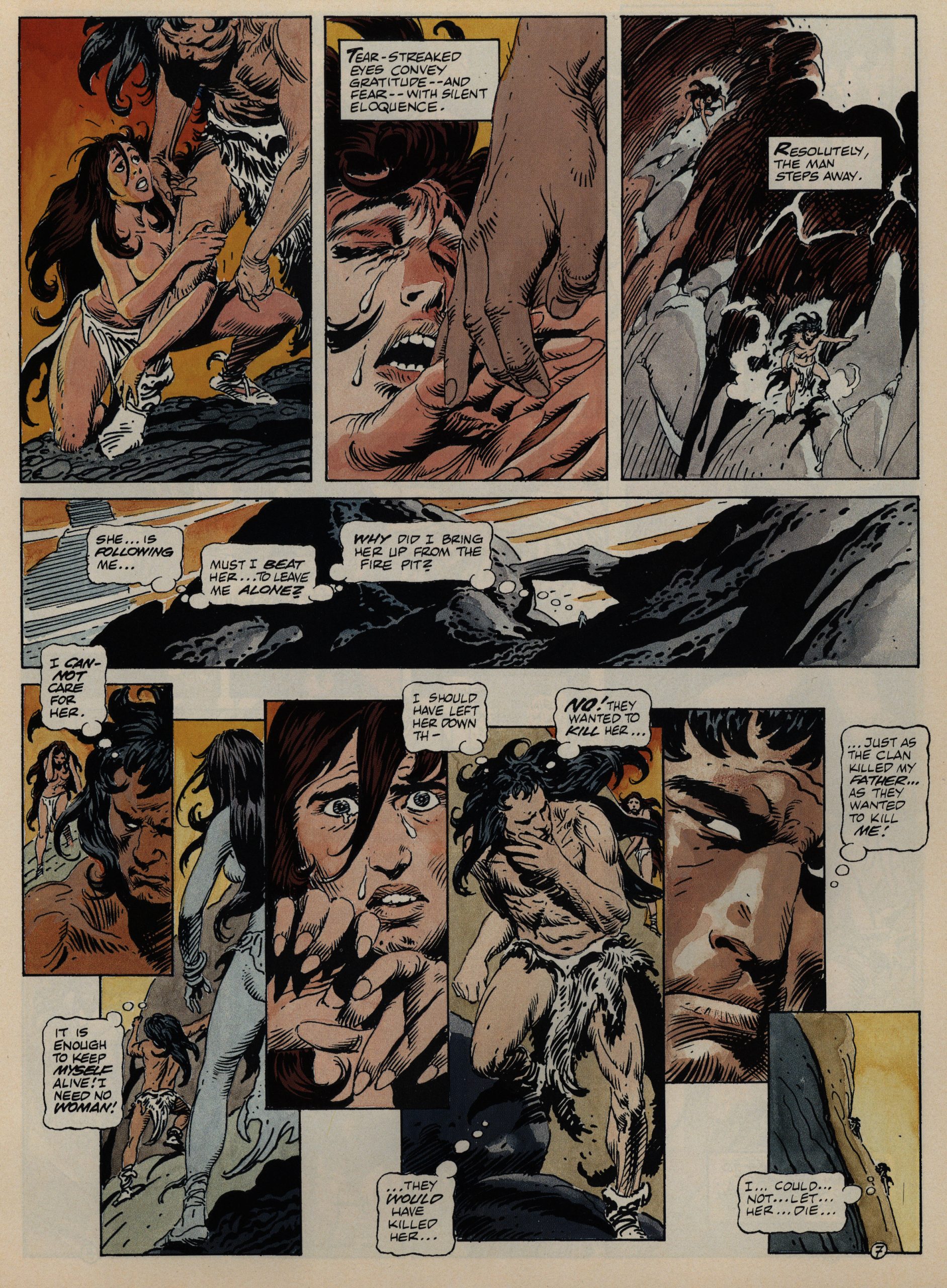 The storytelling is classic — that is, it’s very staid. Everything is clear and over-explained; no chance of getting lost in the plot.

Except why he’s afraid of getting cooties from that woman.

I do really like Kubert’s line — it has something primal and vital to it. 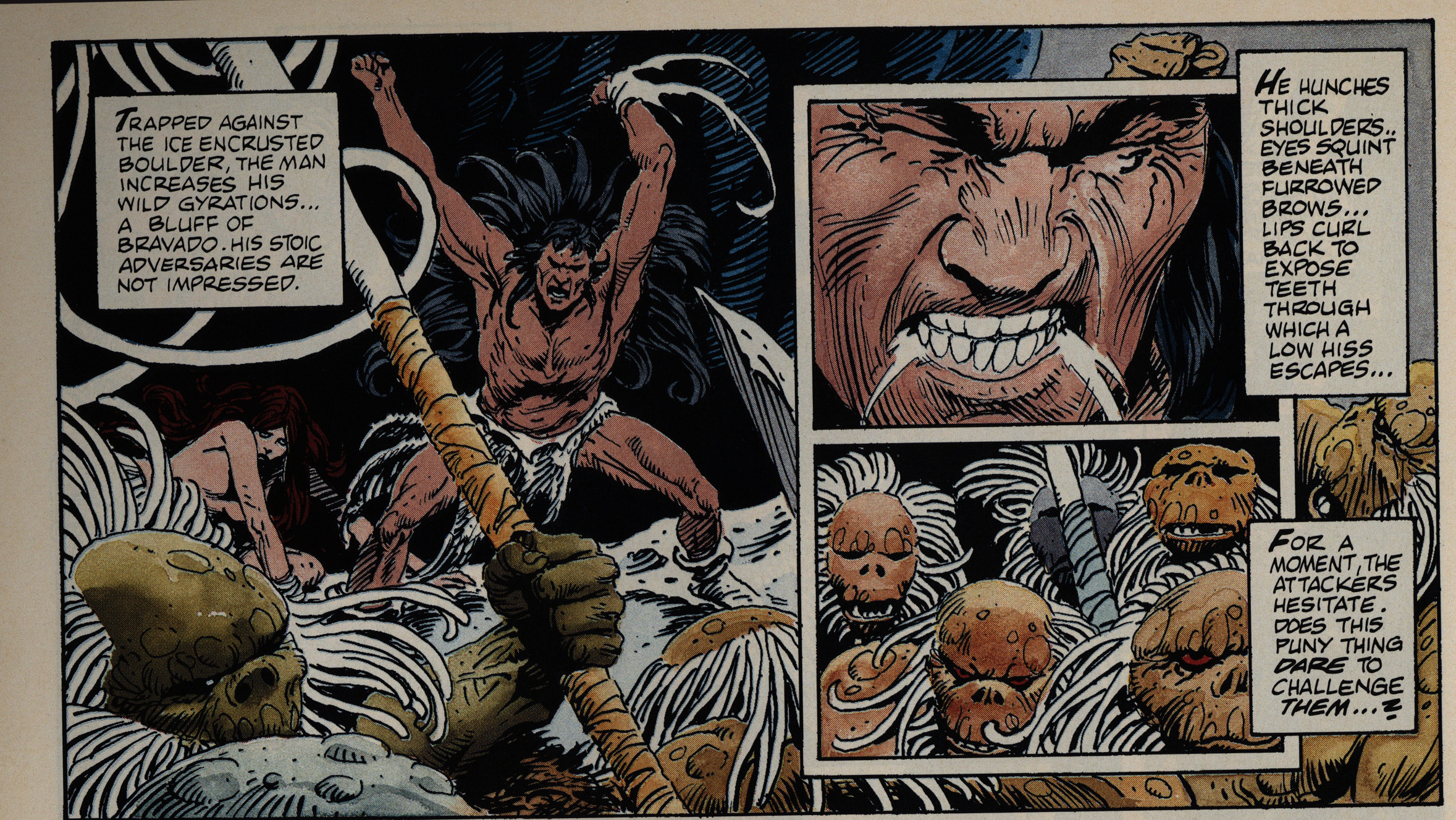 Most of the captions are superfluous, I guess, but I don’t think I could have guessed that Tor was doing a dominance stance here without the explanation. 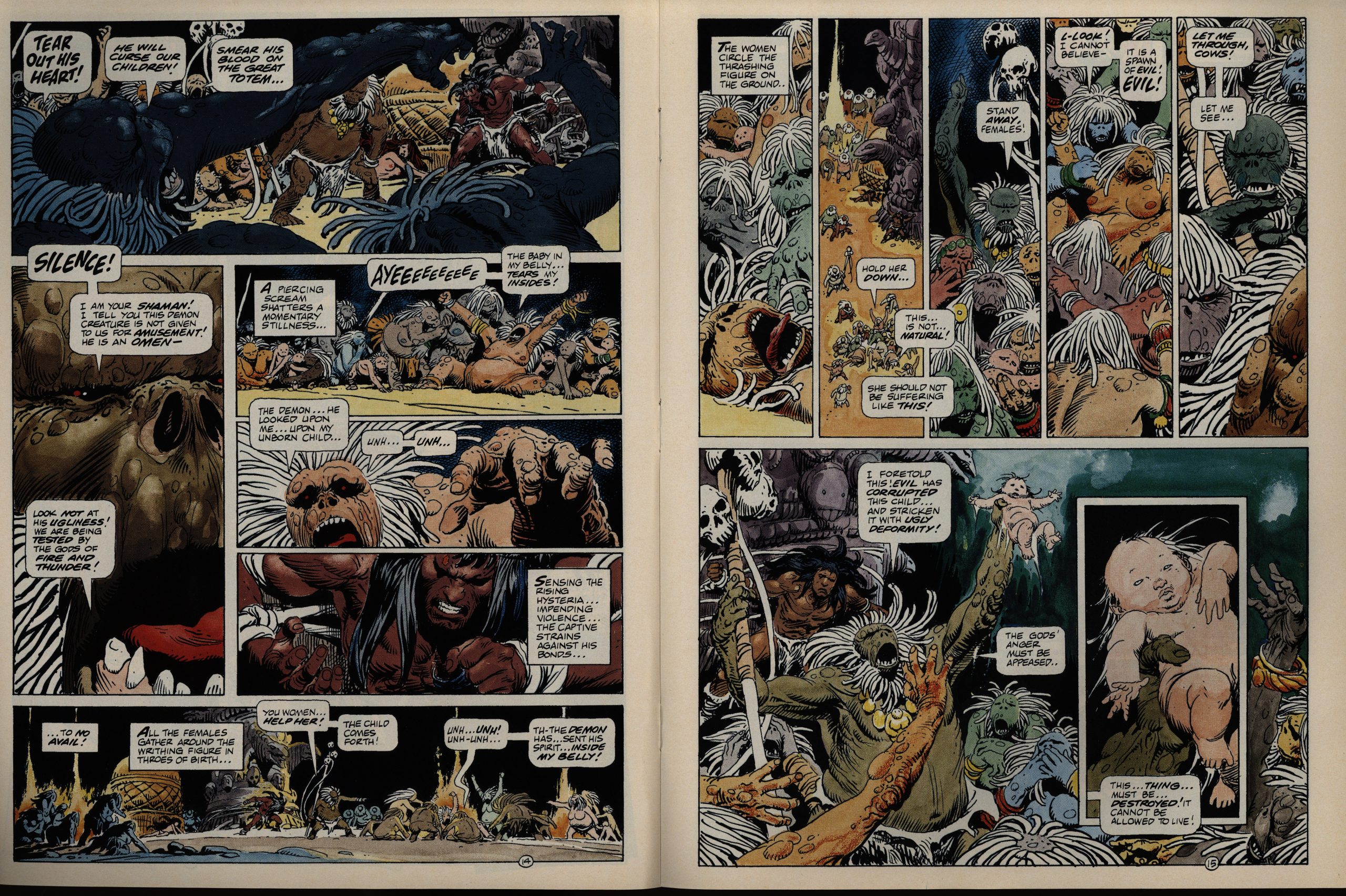 Tor basically falls into a bunch of situations, and coincidentally (for plot purposes) stuff happens when he’s there. It doesn’t really make that much sense if you think about it, so I tried not to, and that way it’s a perfectly pleasant way to spend some time on the couch. 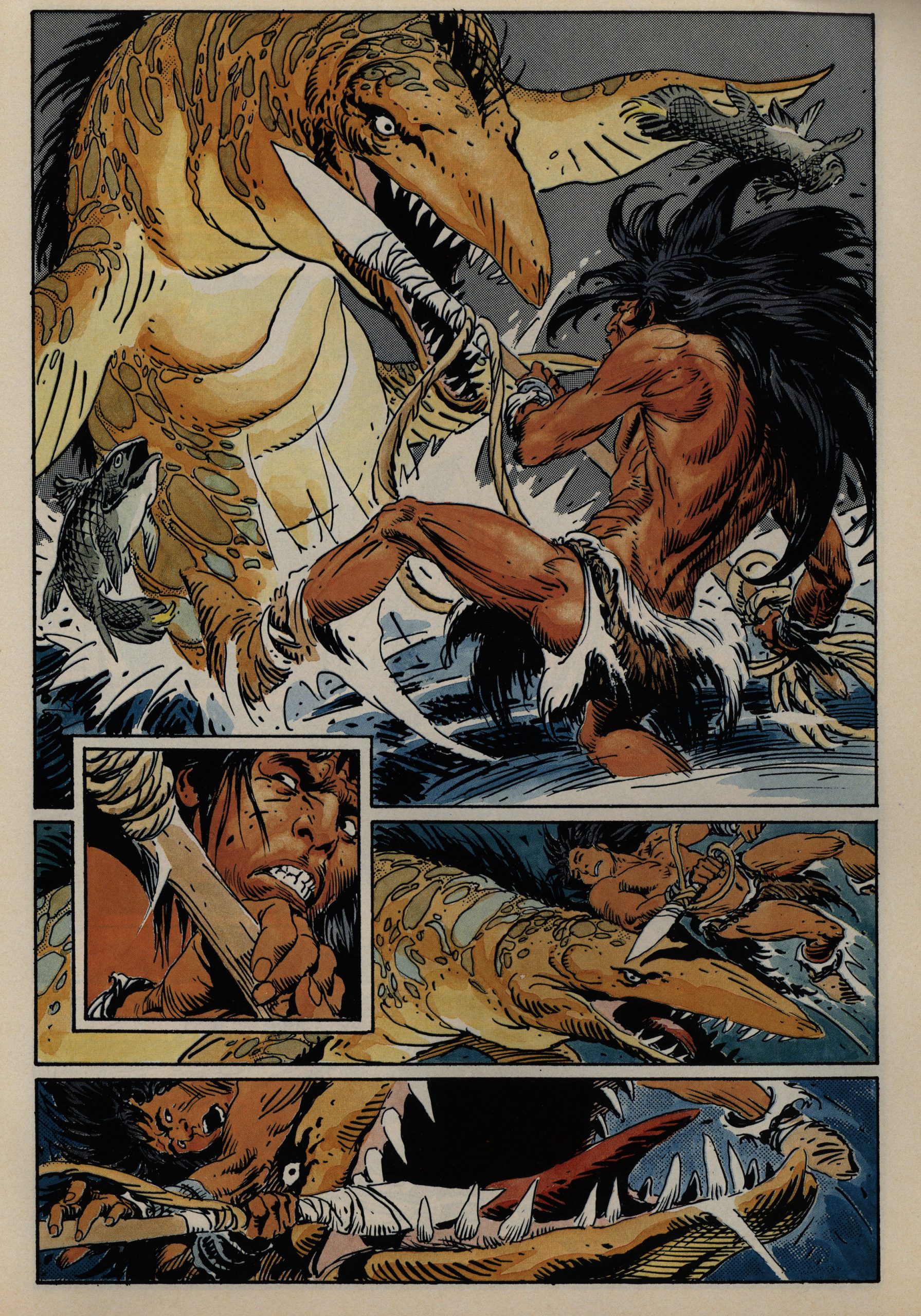 There are Tor back-up strips in three of the issues, and these are wordless (and are basically just fight scenes). 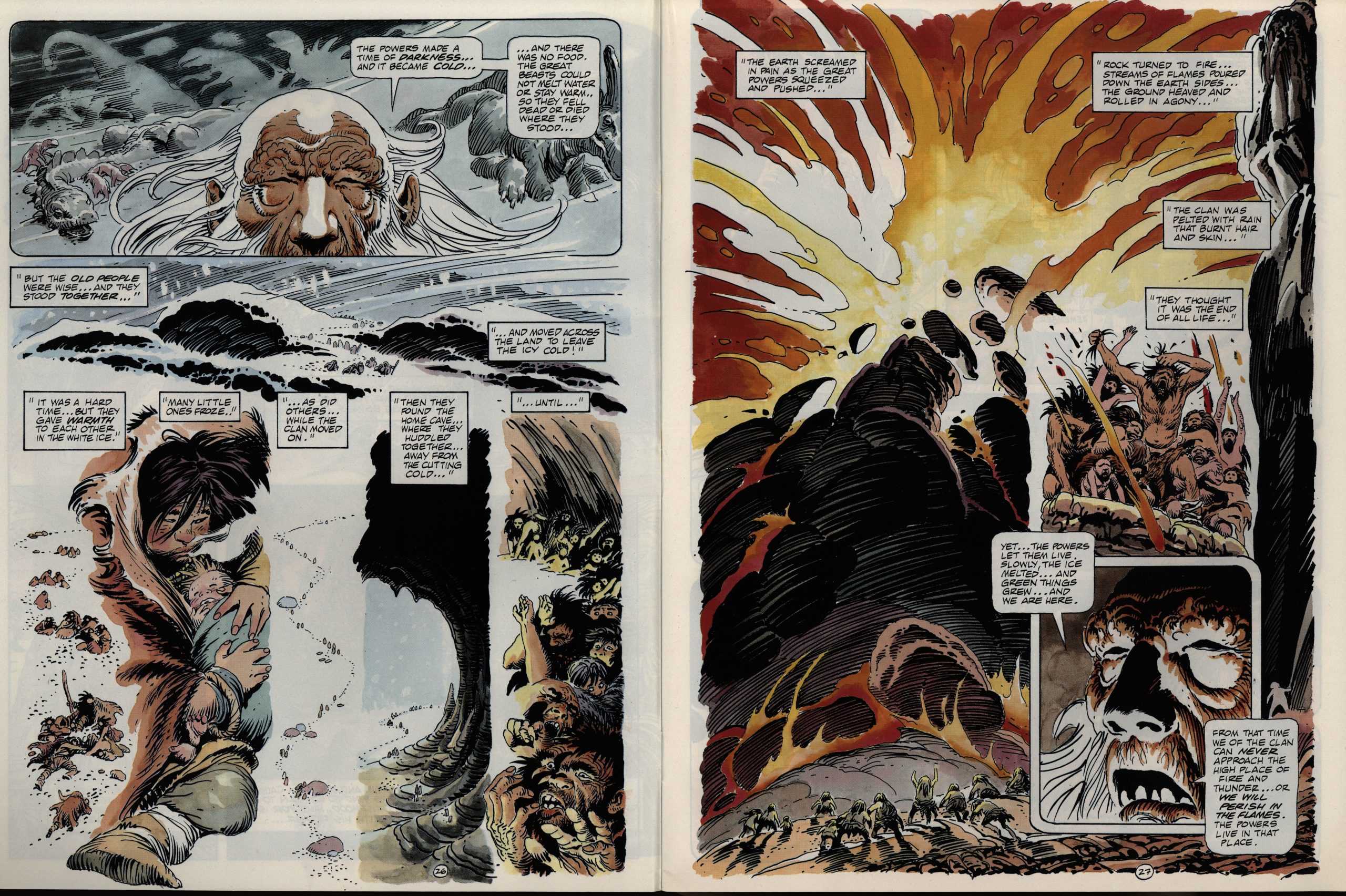 Tor starts off in the middle of the action, which is nice, but then we disappear into Tor’s origin story for many pages, which is a drag on the action. It’s a good origin story, though, but it throws the pacing way off. 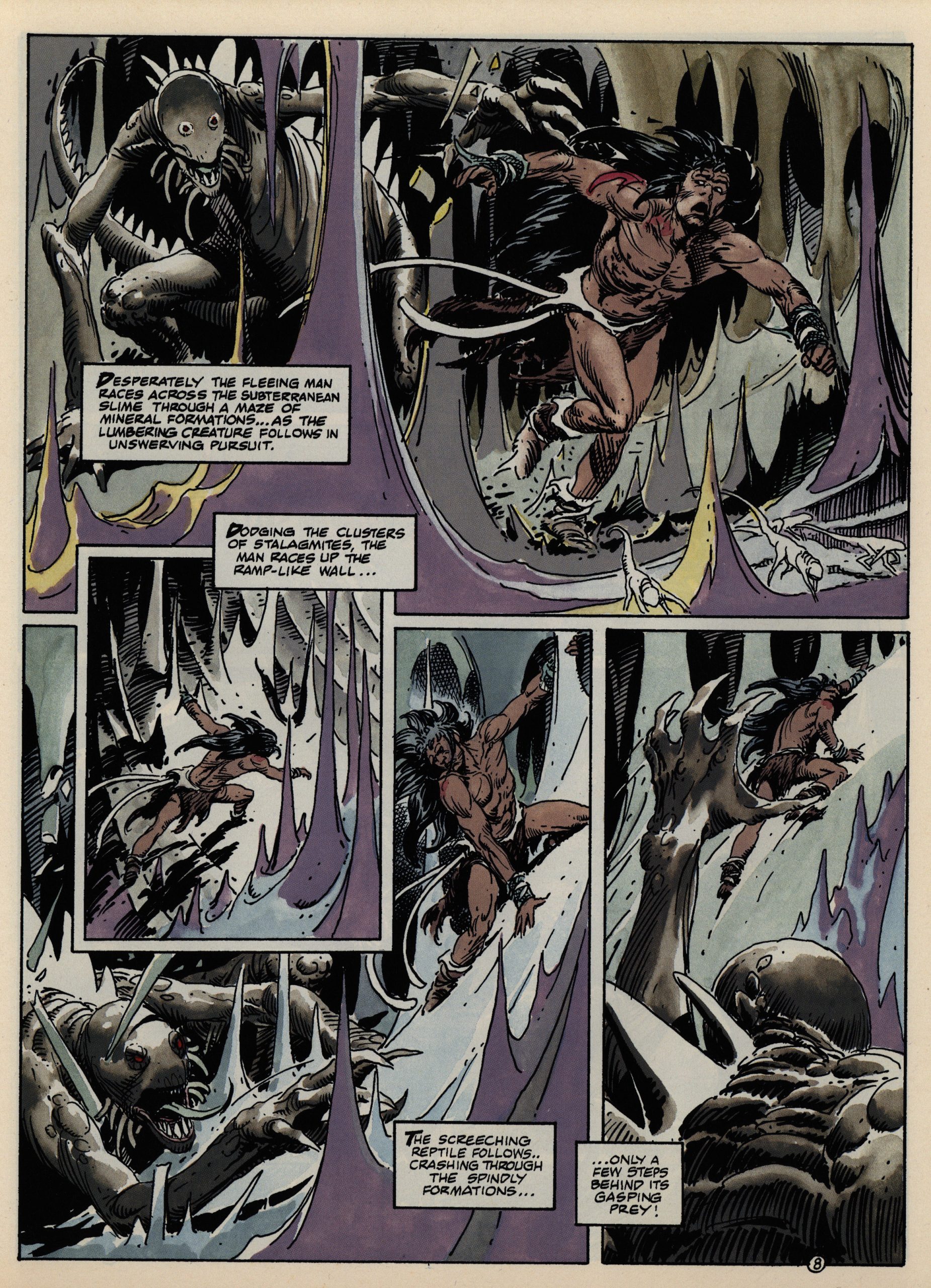 And speaking of pacing… the superfluous captions are perhaps not so superfluous: They slow down the reading a lot, so instead of just skimming fast over pages like this, the captions somehow make it seem more exciting, just by stopping the reader from turning the page so fast. 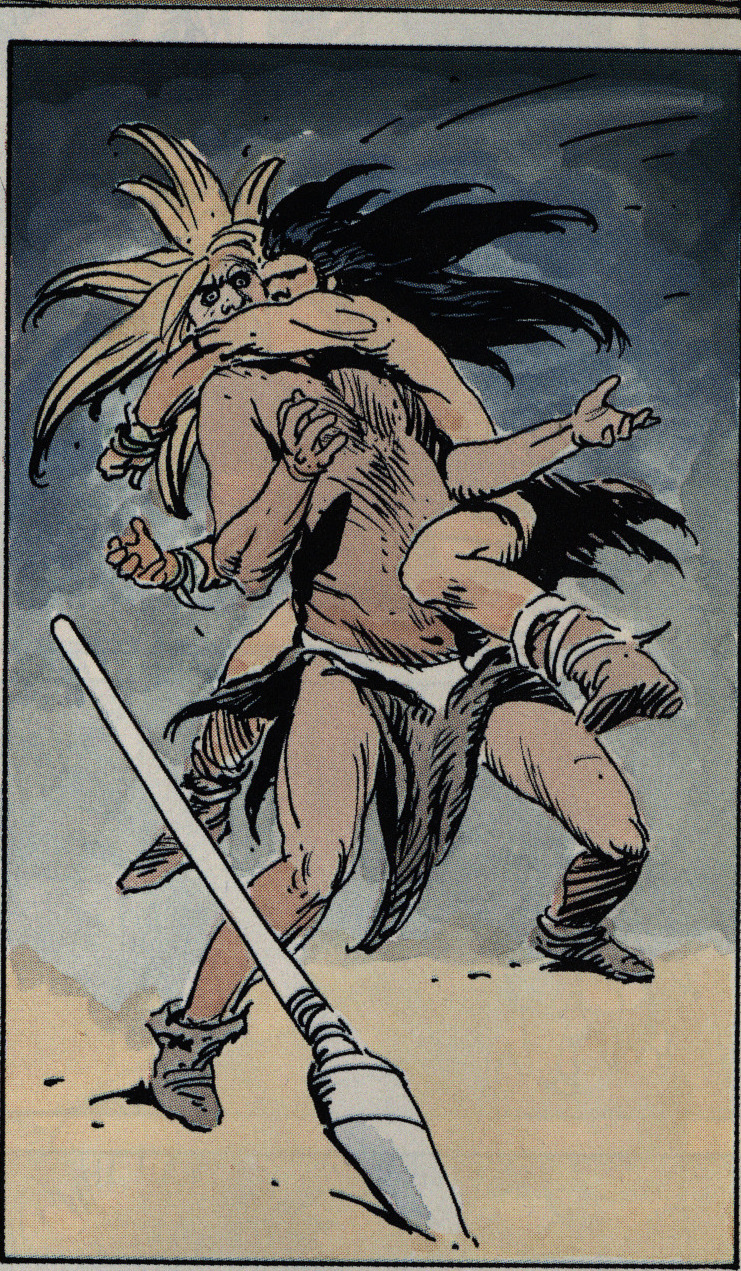 I can’t get over the way Kubert draws long hair. It’s like from a Japanese cartoon. Or a troll doll.

Don’t try this at home, kids. 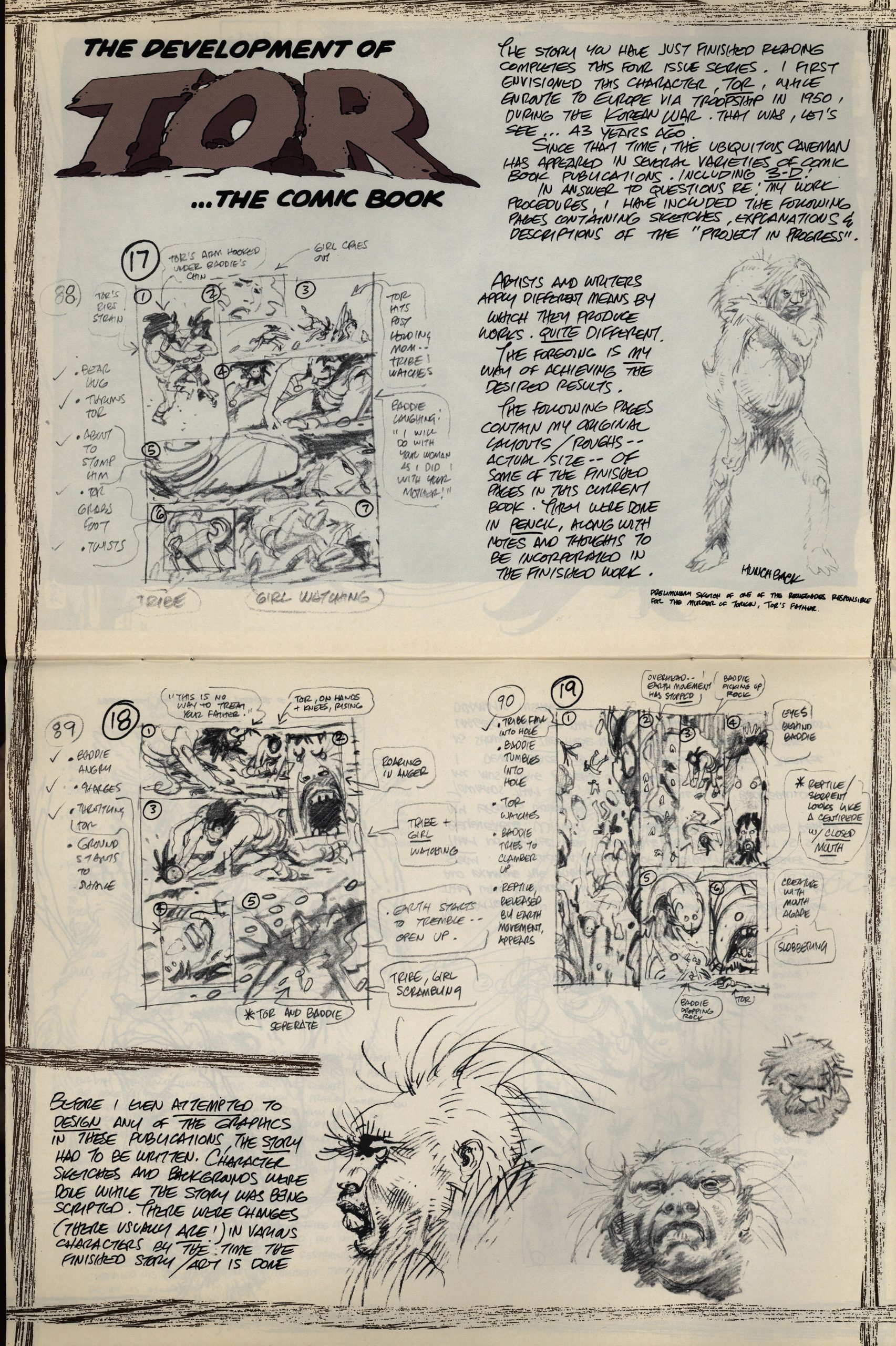 In the final issue, we get some process pages.

DC published a Tor collection in 2002, so I’m assuming this series was included in that project.

Oh, there was even more narration in the previous incarnations?

Joe Kubert picked up the reins of his creation twenty years later and the result is magic. The story-telling is clear and the images burst with emotion. The heavy-handed narration of the previous volume is gone improving the flow of the story.

This person wasn’t completely taken in by the new direction:

Maybe I’m surprised because I didn’t grow up reading the manly barbarian genre (I was obsessively collecting Milestone titles and watching Xena and Quantum Leap.) But I’m pretty sure that you could go a couple pages without having a simpering topless woman either being sacrificed, saved, tortured, raped, about to be raped, acting willingly as bait for rape, being saved from rape, or killed.

Maybe they could, you know, hit back. Or put on a shirt. The women in 50s Tor had shirts. Is it more realistic for these women to be incapable of shirthood?