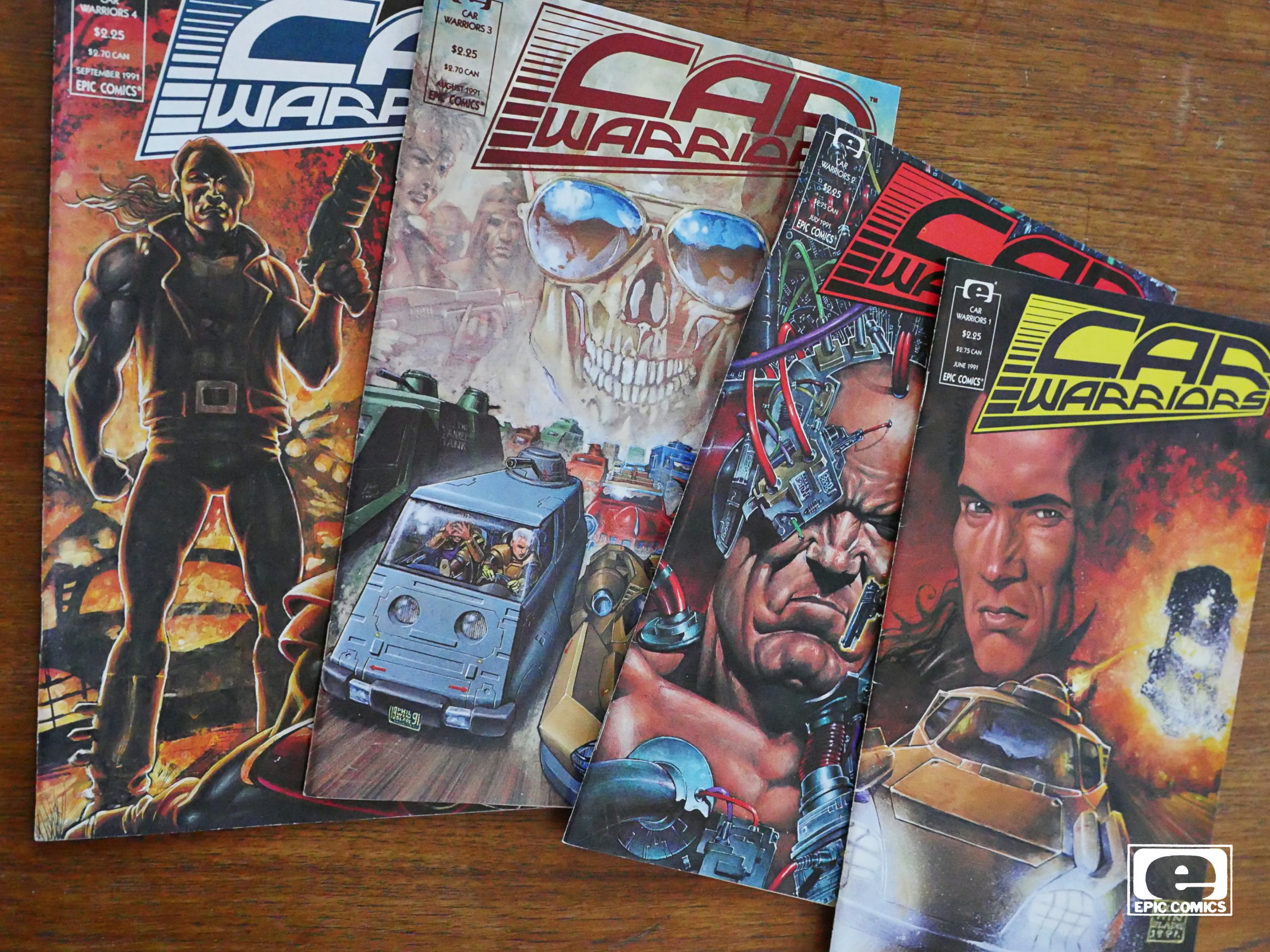 So what’s this then… 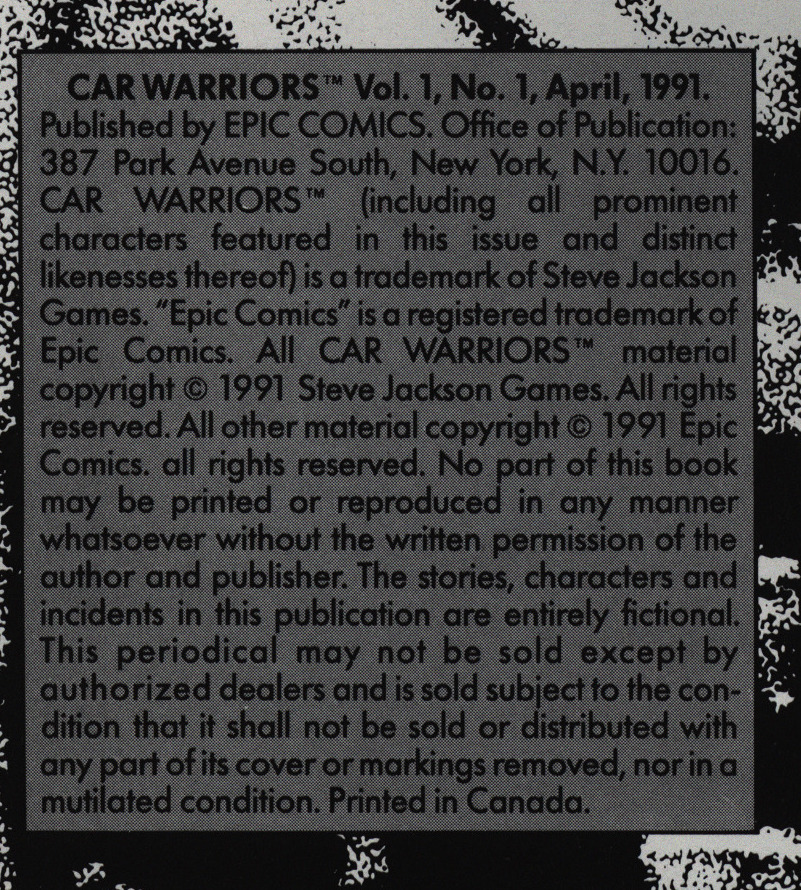 OH NOES! It’s based on a game called Car Warriors? This could be horrendous.

On the other hand Chuck Dixon is a pretty reliable writer (or, at least he was back then); usually able to write an entertaining action comic from any dopey premise. And I like Steve Dillon’s artwork, so perhaps all is not lost. 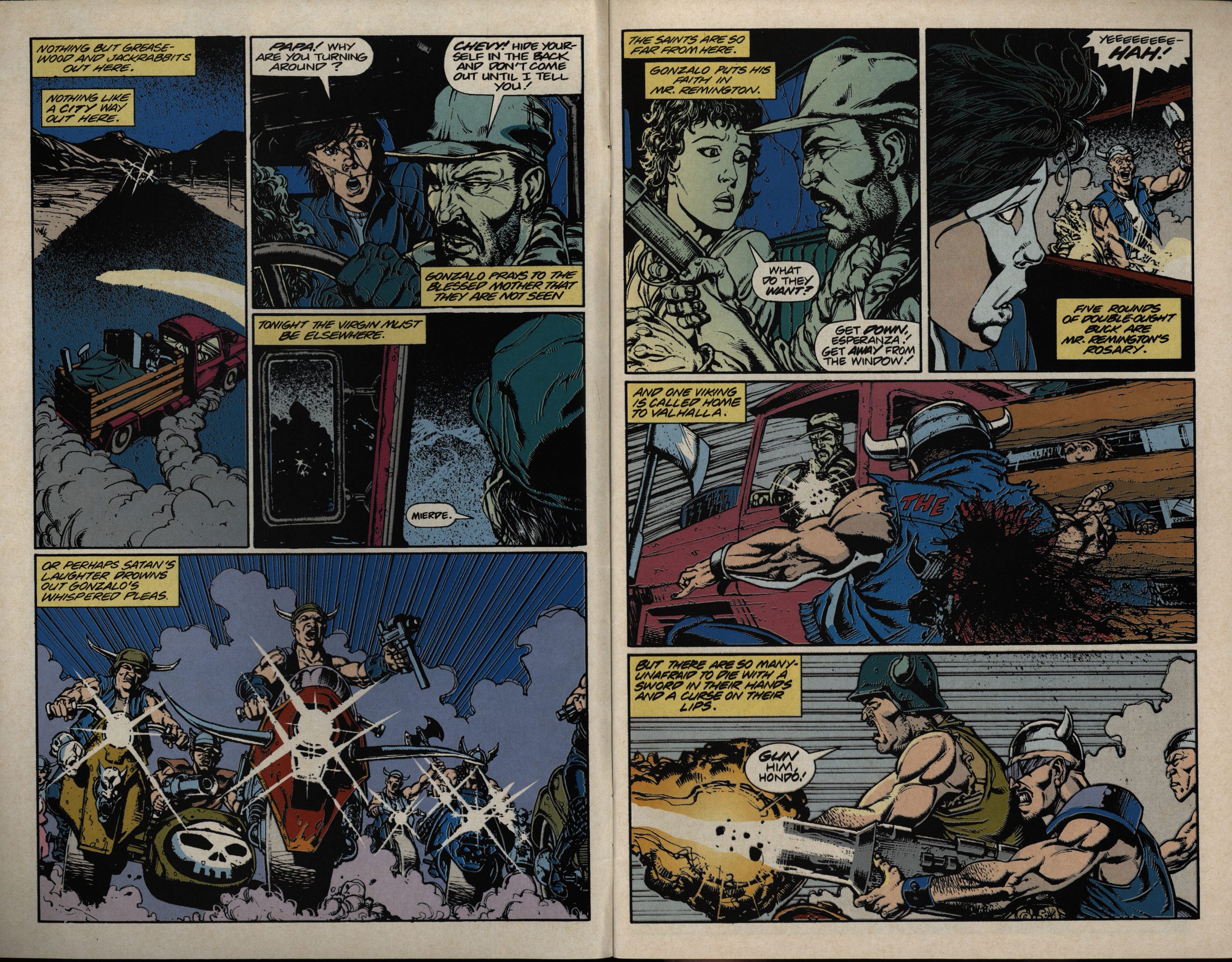 OK, so the concept is that we’re in a lawless(ish) post-apocalyptic(ish) US, but there’s a whole lot of cars around. Check. 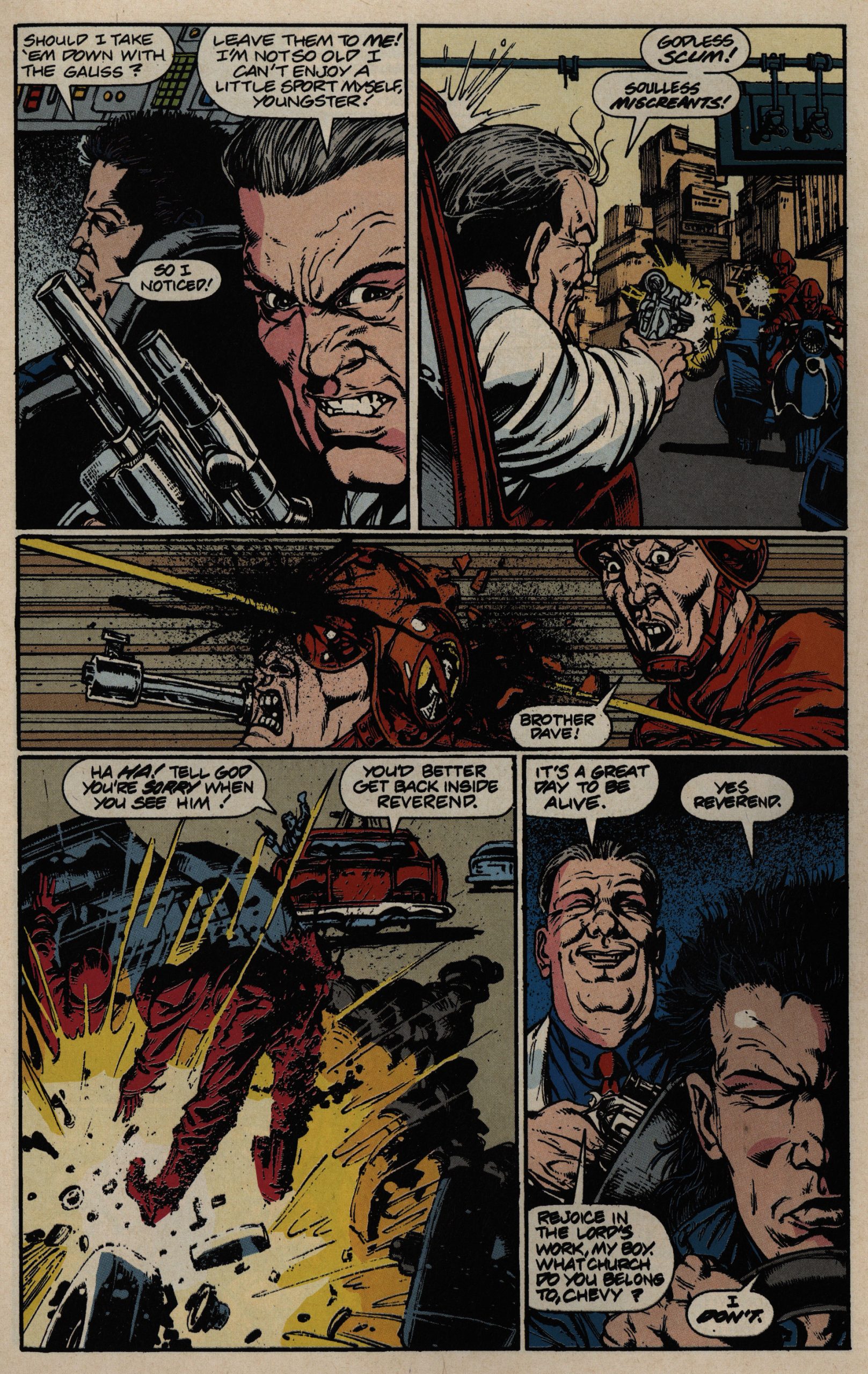 The first issue is all about introducing that driver above there, though, and give some background on the set-up there. Seems like there’s a lot of religion and stuff going on? (It’s ditched in the rest of the series.)

Dillon’s artwork is properly gnarly. Influenced by a bunch of Italian comic artists? It’s got a kind of dirty thing going on, but it’s not done with a smudged line, but with many clear lines achieving a sort of organic, filthy look. It’s quite fetching.

I don’t know what’s going on with the colouring, though… is the red off-register, or did they mean for it to look like that? 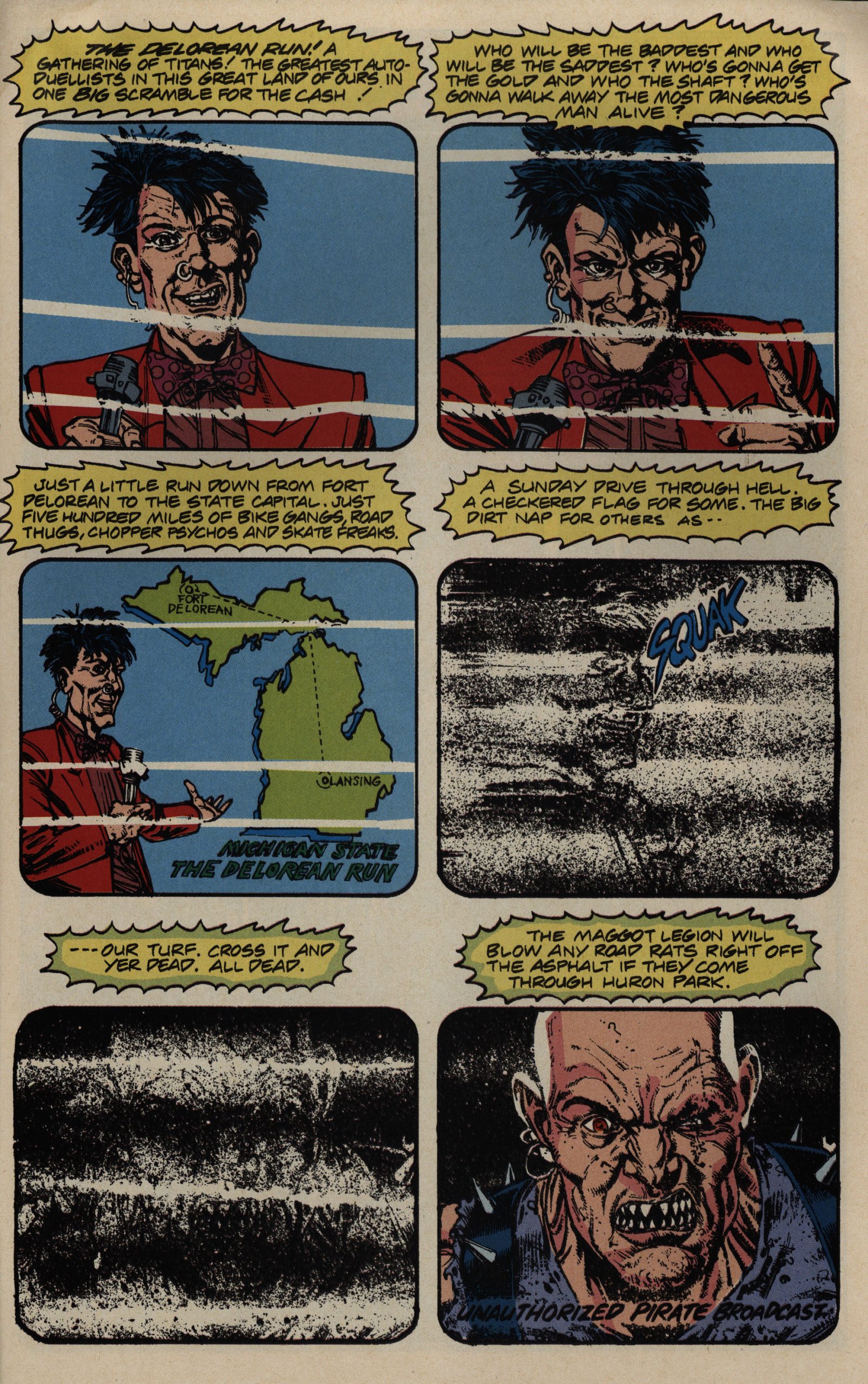 Anyway! After spending an issue on introducing that one character, we get to the plot of the comic: It’s Death Race 2000, but not as a comedy. 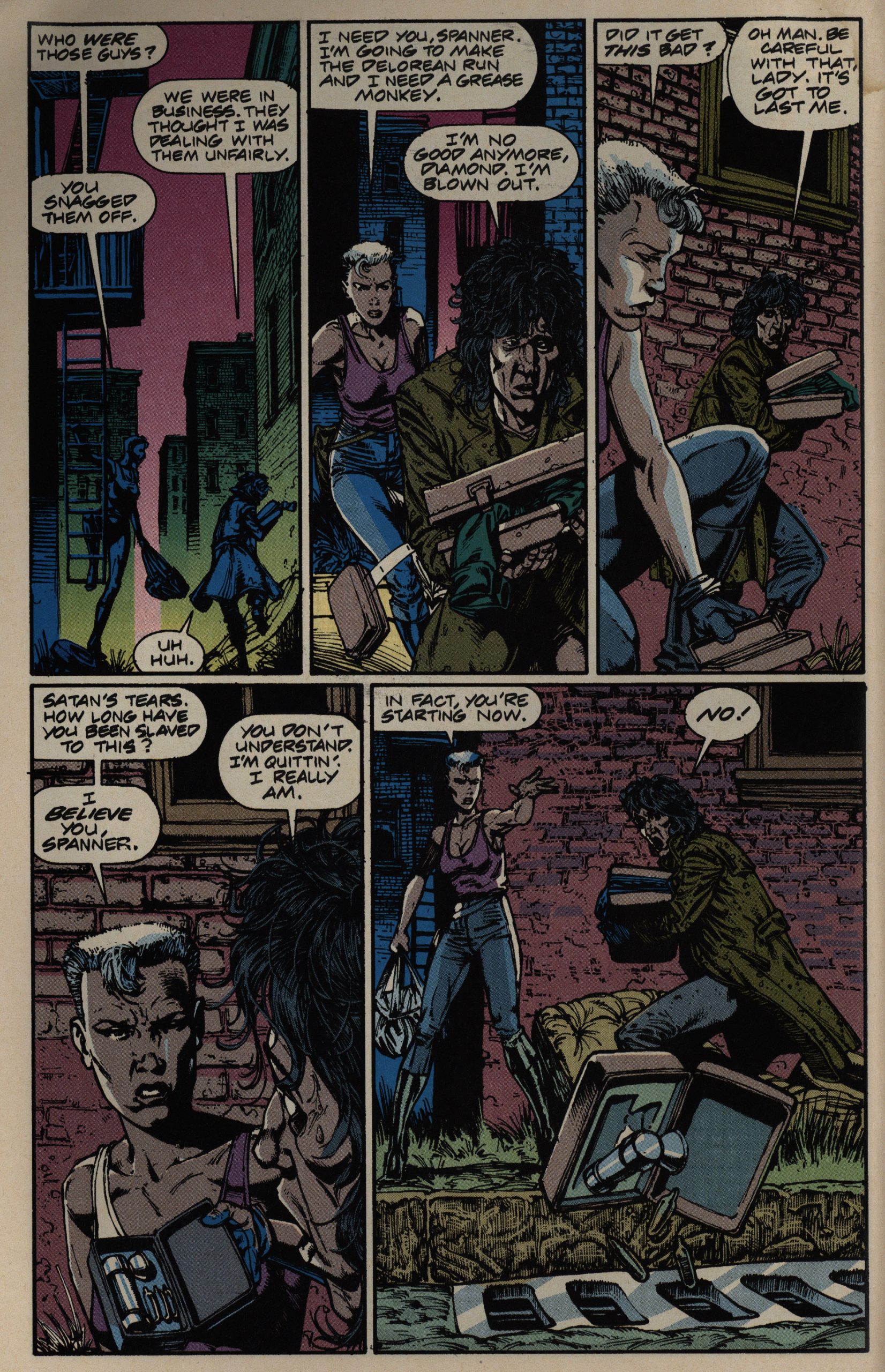 So I thought we’d get off to the races toot sweet, but instead most of the second issue is spent introducing a bunch of other drivers. Some are comedy reliefs, and one is an alternate character for the viewer I mean reader to cheer for. It’s a pretty standard move for this sort of thing, but it’s still appreciated.

Structurally, though, it’s all kinds of confusing. Just when you think things are going to start to happen… you just get a lot of backstory. Some of the background on these characters is amusing, and it’s a fun read, but it’s still awkward. 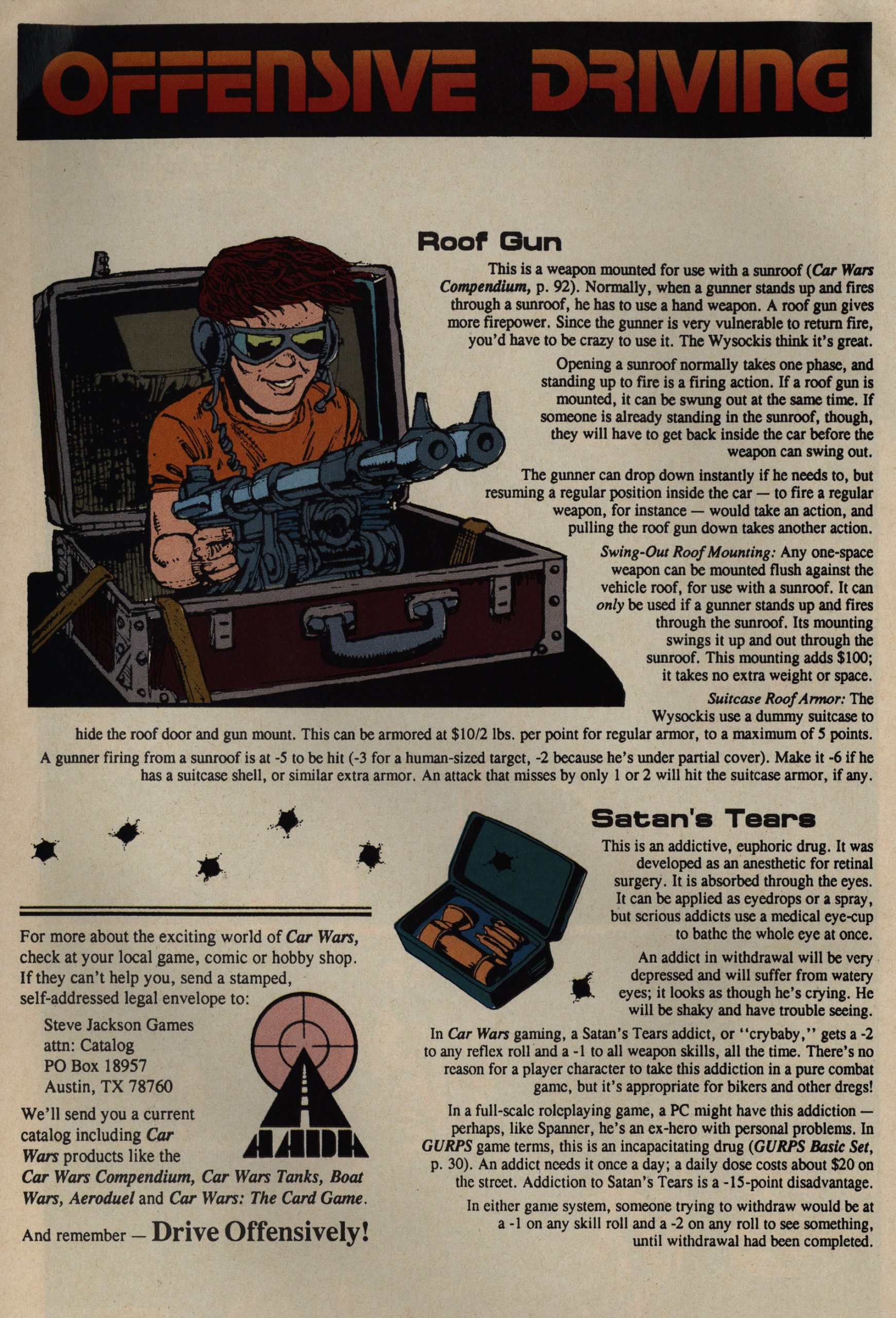 OK, so Car Wars is a table-top game? Is it like Dungeons and Dragons, only with cars? And drugs, like Satan’s Tears? “gets a -2 to any reflex roll”. I guess so?

Kids these days. Just say no! 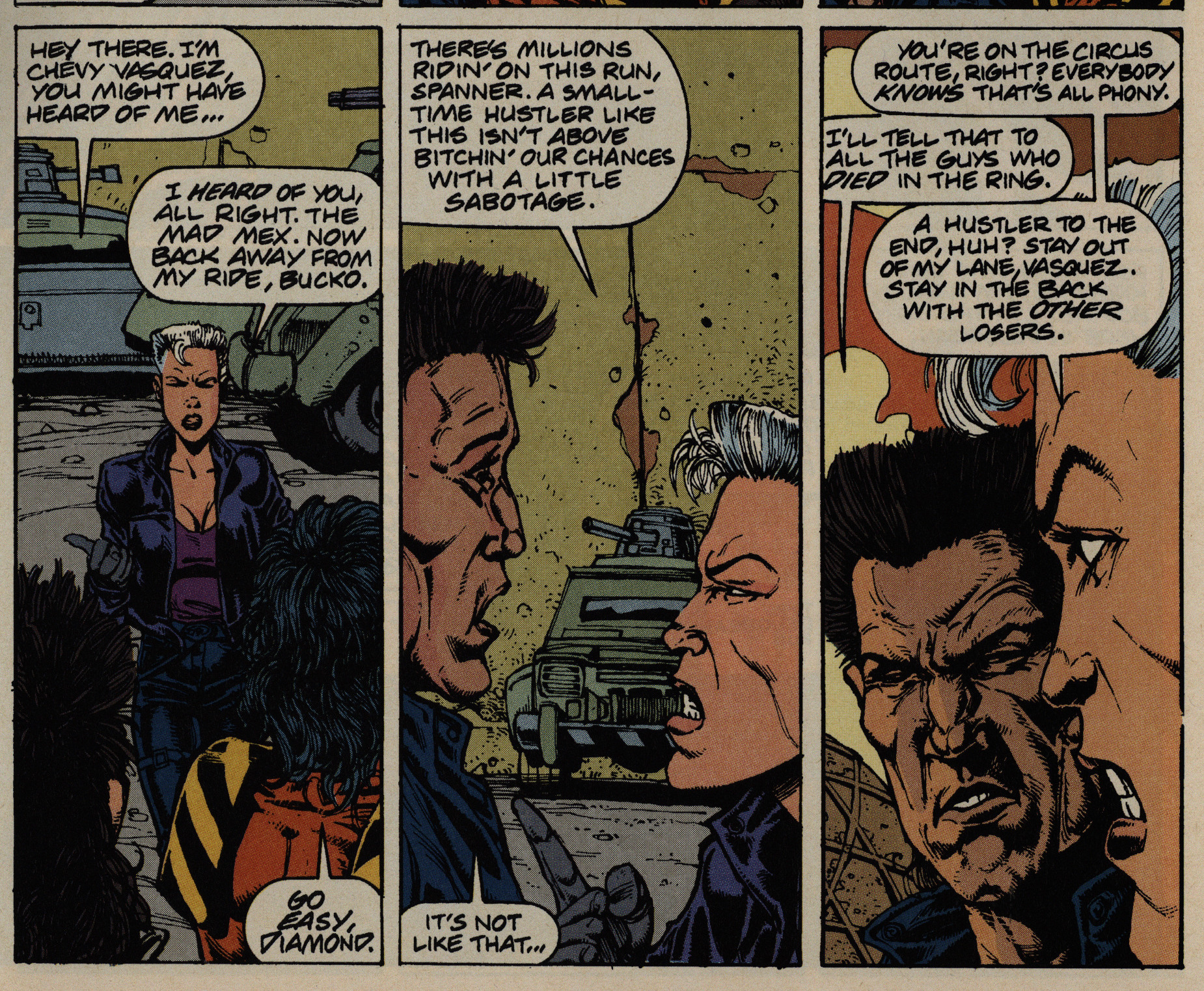 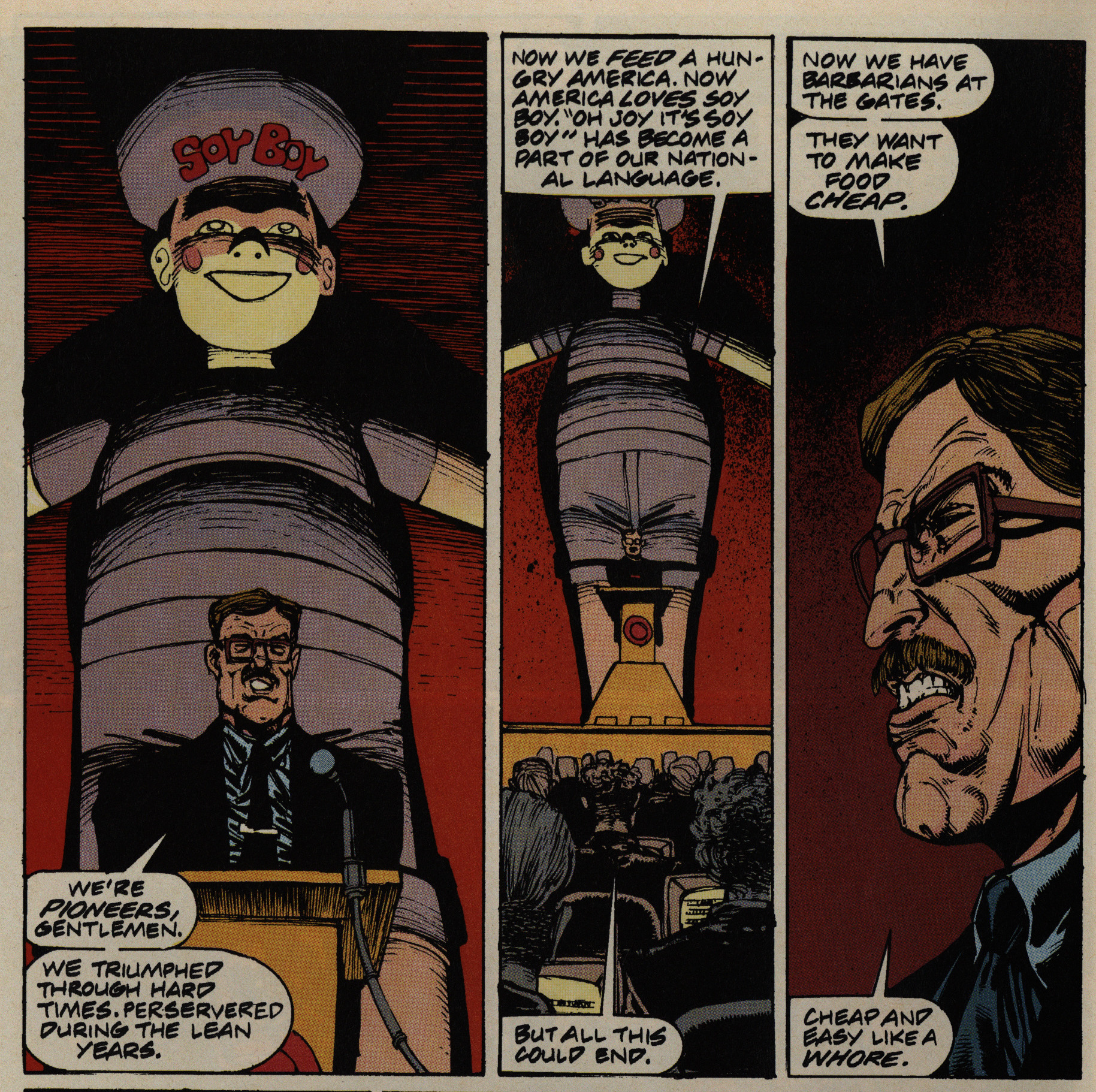 Every story needs a villain, and here we have the Soy Boy corporation. On the one hand, that’s quite amusing, and on the other hand: Soy bashing is pretty cliché, and was so even back then… 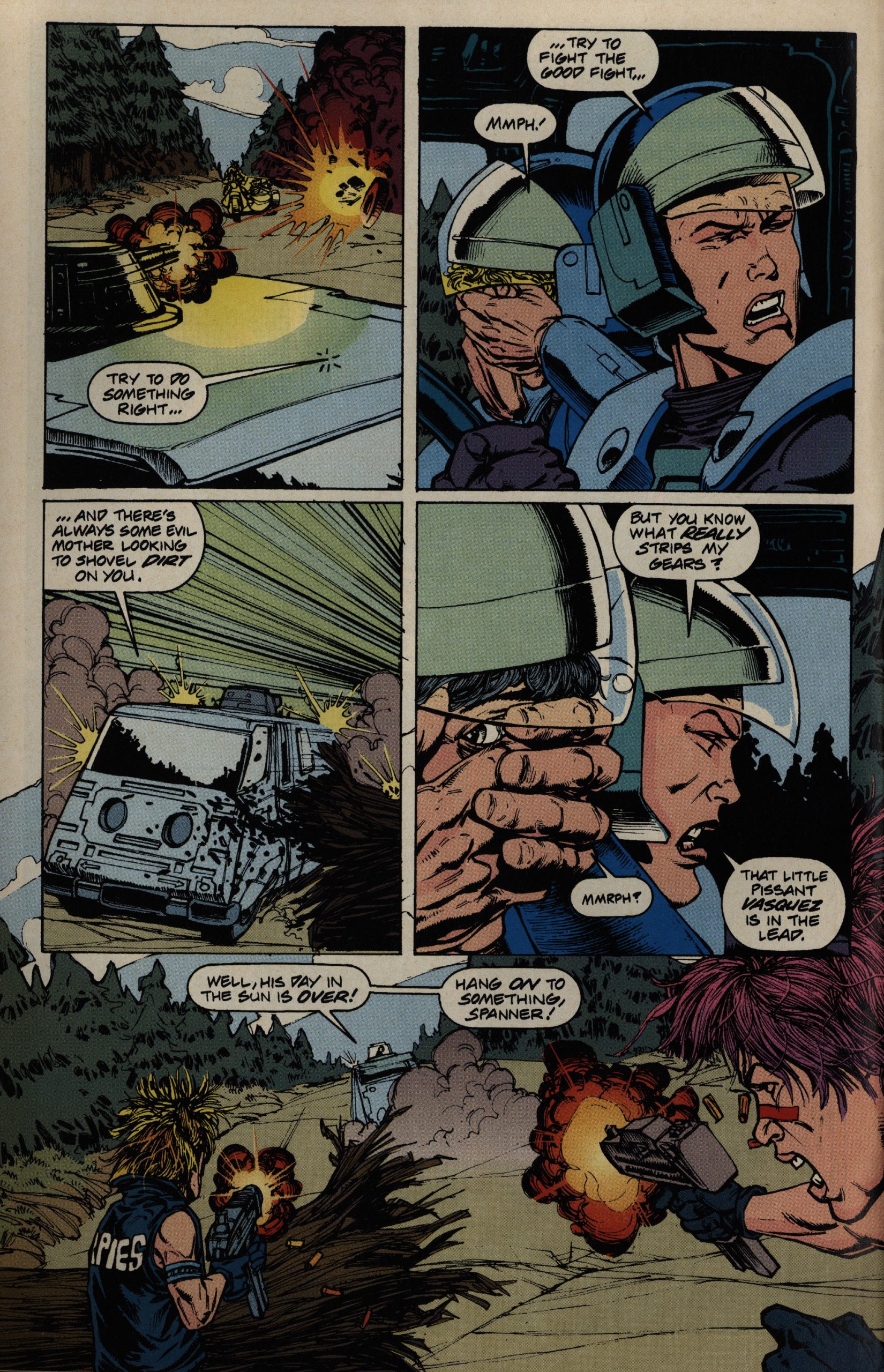 All in all, I was thoroughly entertained while reading this series, and it’s got a good, satisfying end, too. I was getting nervous towards the end that this was meant to be a longer series (I mean, the race didn’t begin until the middle of the third issue) and had been cancelled before completion, but no, it’s a complete story.

However, you can’t quite escape the feeling that some of these car chase scenes could have been more exciting. It’s hard to compete with action movies, but a couple of the scenes (like above) don’t… quite… work.

This series has never been collected or reprinted, which I think is odd. I mean, there should be a market for it. Perhaps it’s a rights issue?

Or perhaps it’s the (lack of) popularity of the game:

I was unable to find anybody on the Interwebs willing to admit that they’d read this series, and no reviews in Amazing Heroes, either.