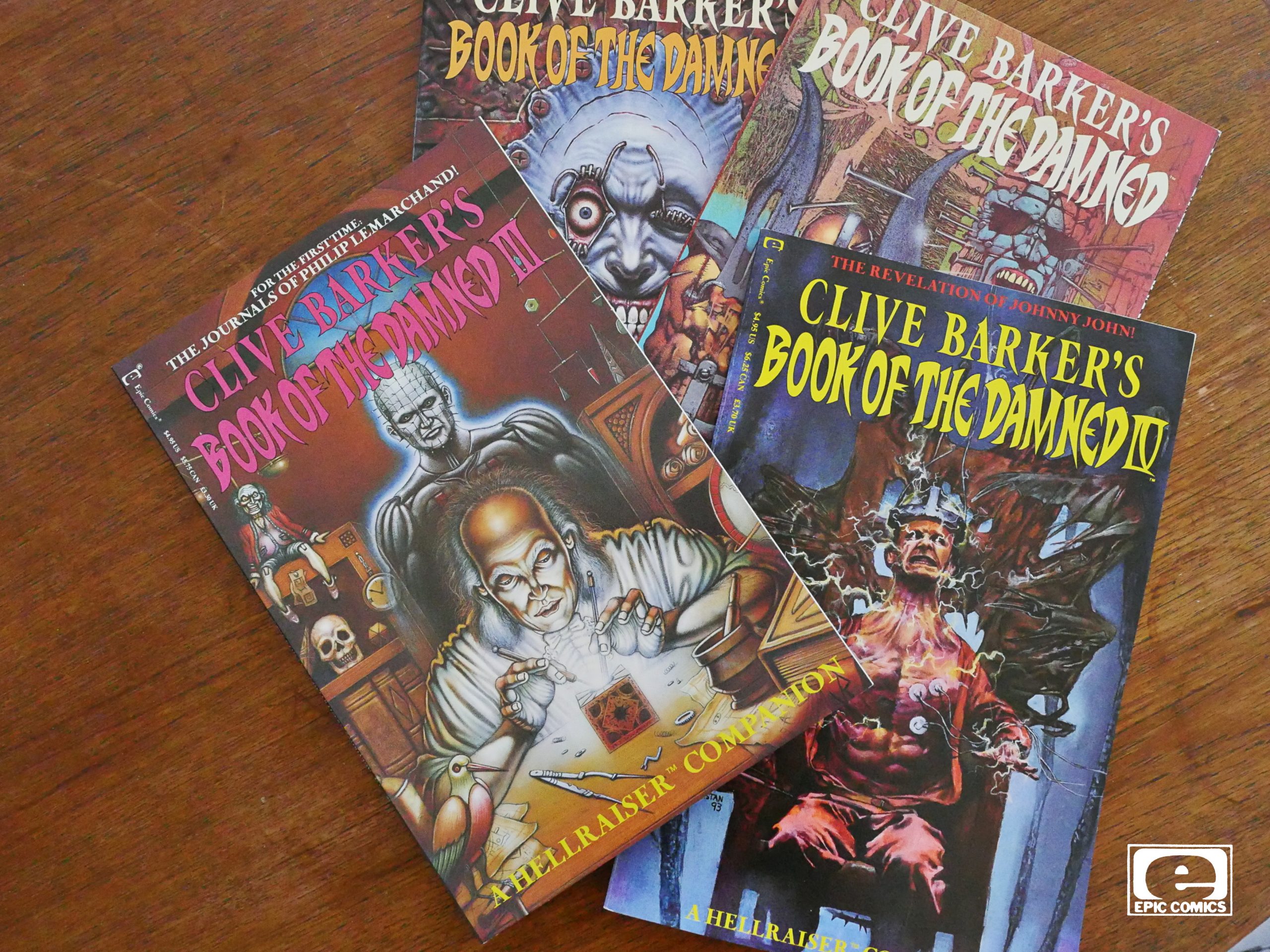 Clive Barker’s Book of the Damned: A Hellraiser Companion (1991) #1-4
by A Whole Bunch Of People

Epic/Marvel Comics built a whole little publishing sub-empire around some Clive Barker properties over a few years, including a whole bunch of Hellraiser spin-offs. I wondered whether I should just do one looong blog post about all these comics… but then I remembered how uninspiring the main Hellraiser title was, and I can’t really face reading that much of this stuff in one sitting. (Because that’s how I do these blog posts.)

So instead of one long article, I’ll be doing Jihad/III/Damned as separate posts. But perhaps the three holiday specials in one single post? 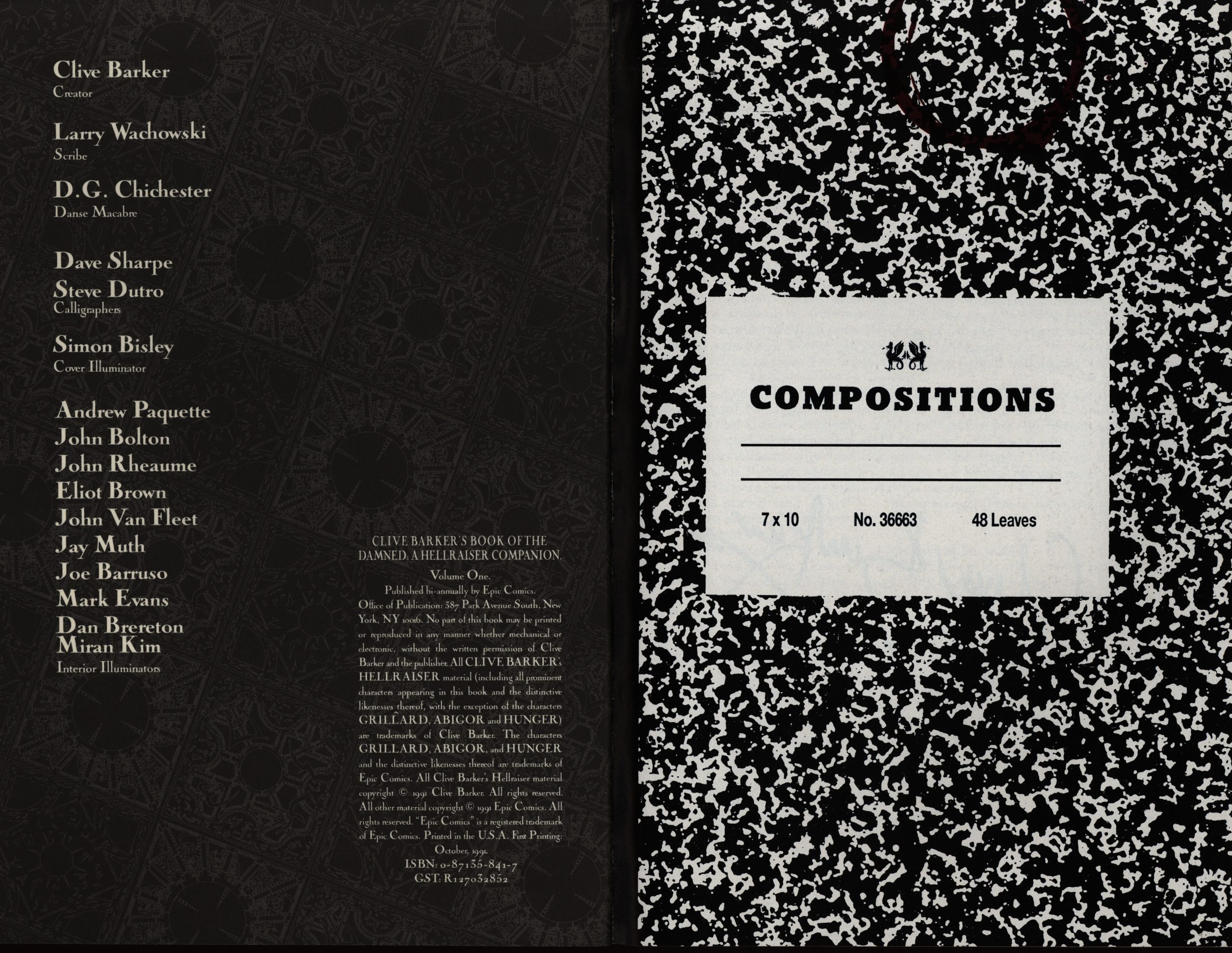 So what’s this then? Larry Wachowski is the “scribe” (the writer?) and Chichester is the “Danse Macabre” (er… editor? no the editor is somebody else)…

And a whole bunch of illustrators. 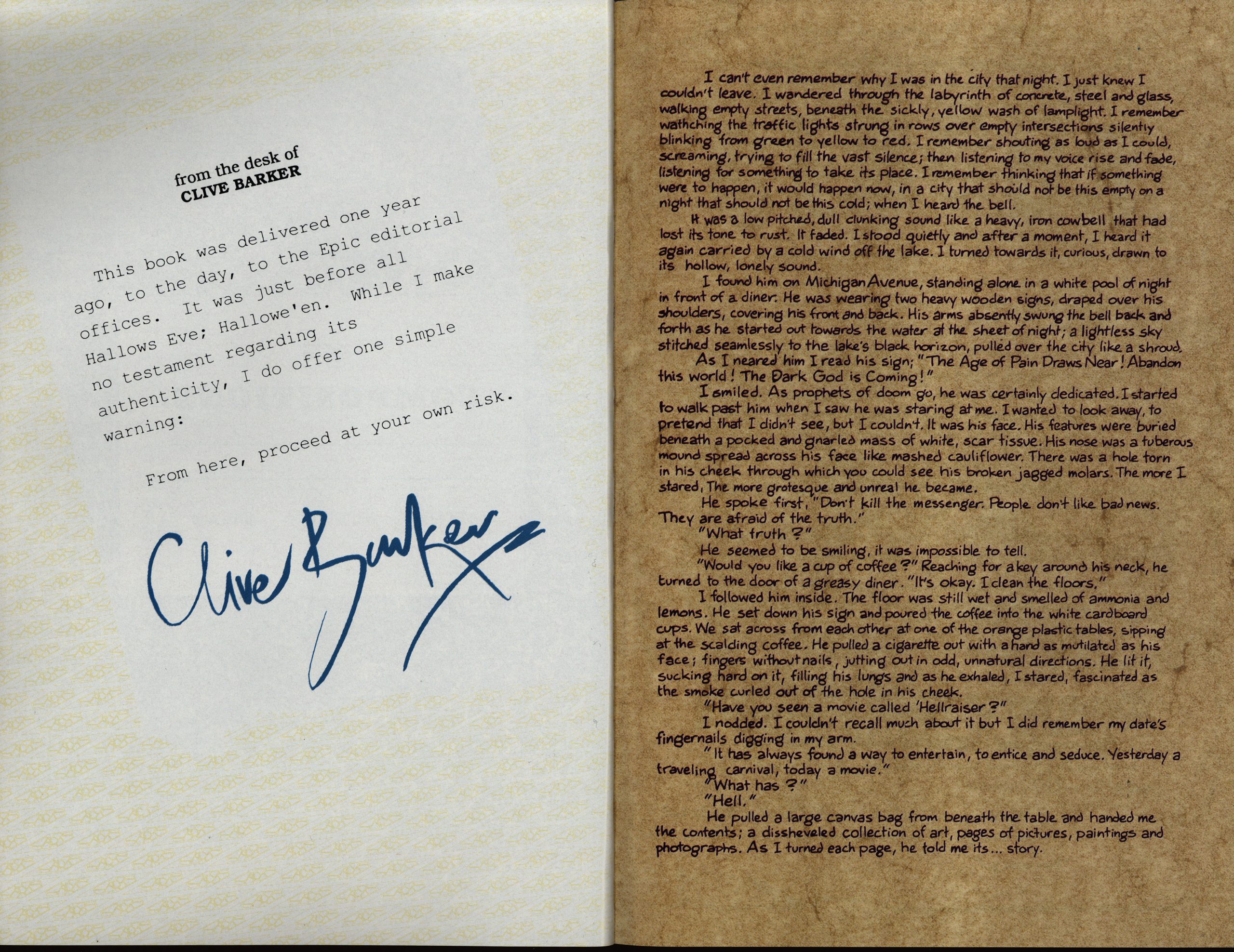 NOOOOO!!! These aren’t comics at all, but text pieces… 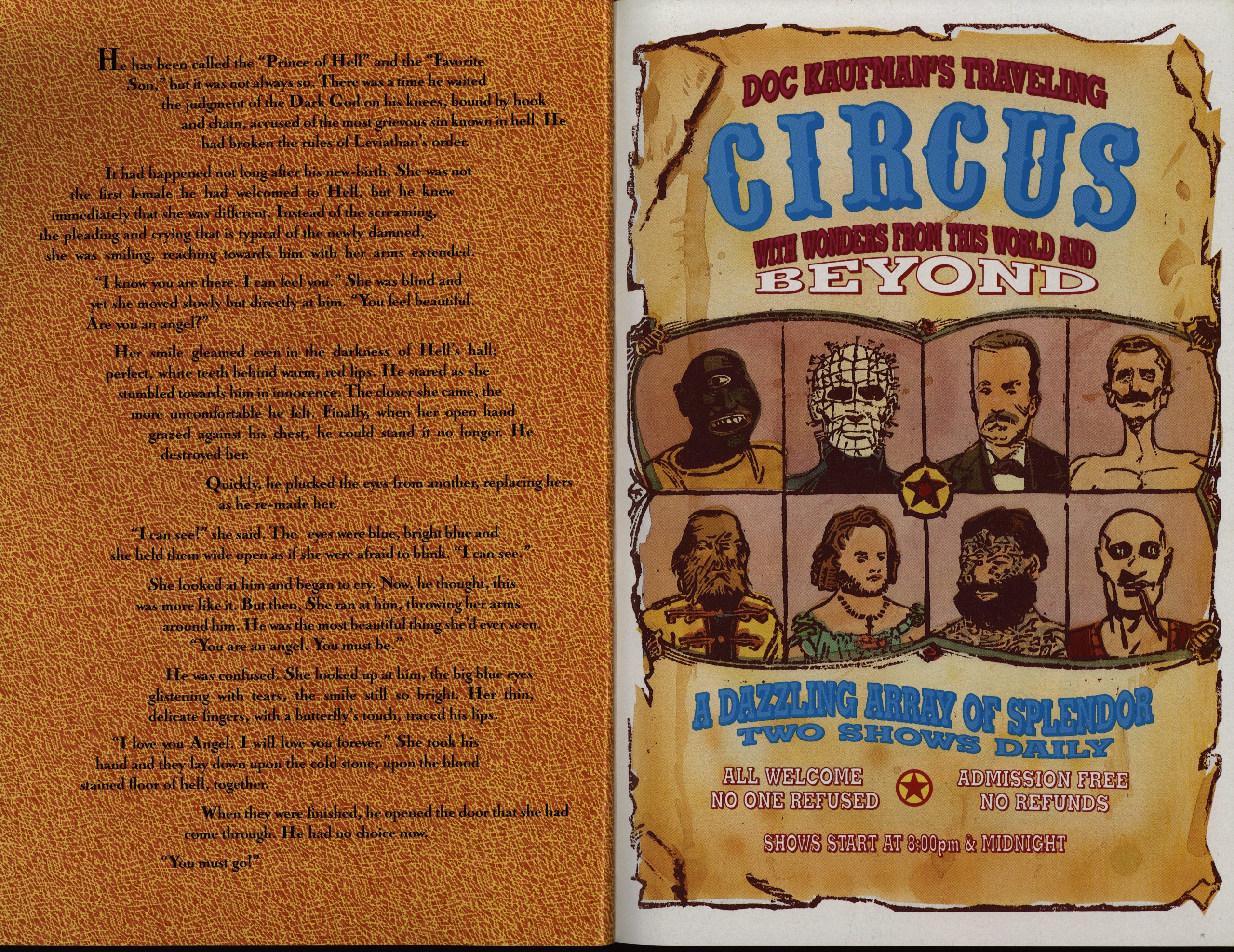 … fleshing out (so to speak) the Hellraiser “mythos”.

(And, by the way: Good choice of text backgrounds. Thanks so much.)

So over 200 pages, we get the origin stories of a bunch of the Cenobites, and also investigations into how the Hellraiser Hell (and the Marchand boxes) work. 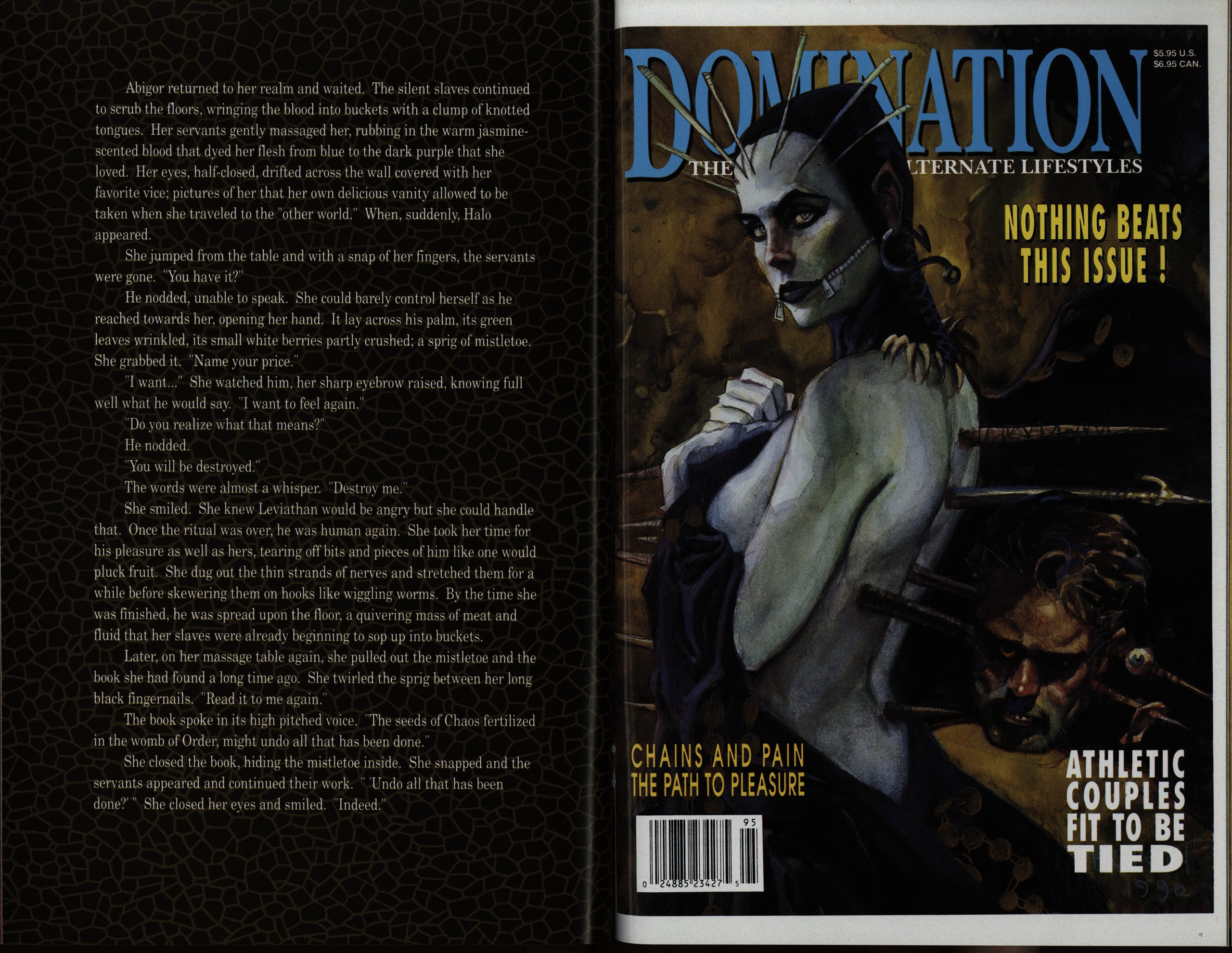 It’s not that much text, really, but I have to admit that I bailed after a dozen or so pages, because… I have no interest in this at all. It’s not particularly atrociously written or anything, and while I liked the first two Hellraiser movies, it’s…

It’s just not that interesting. 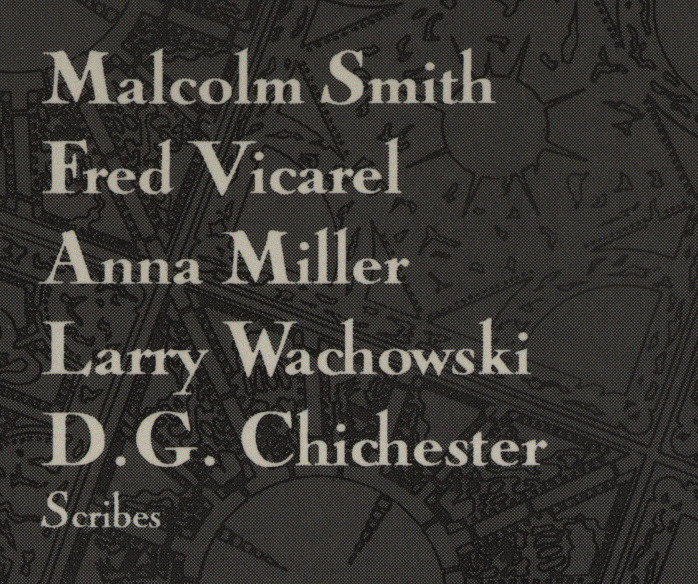 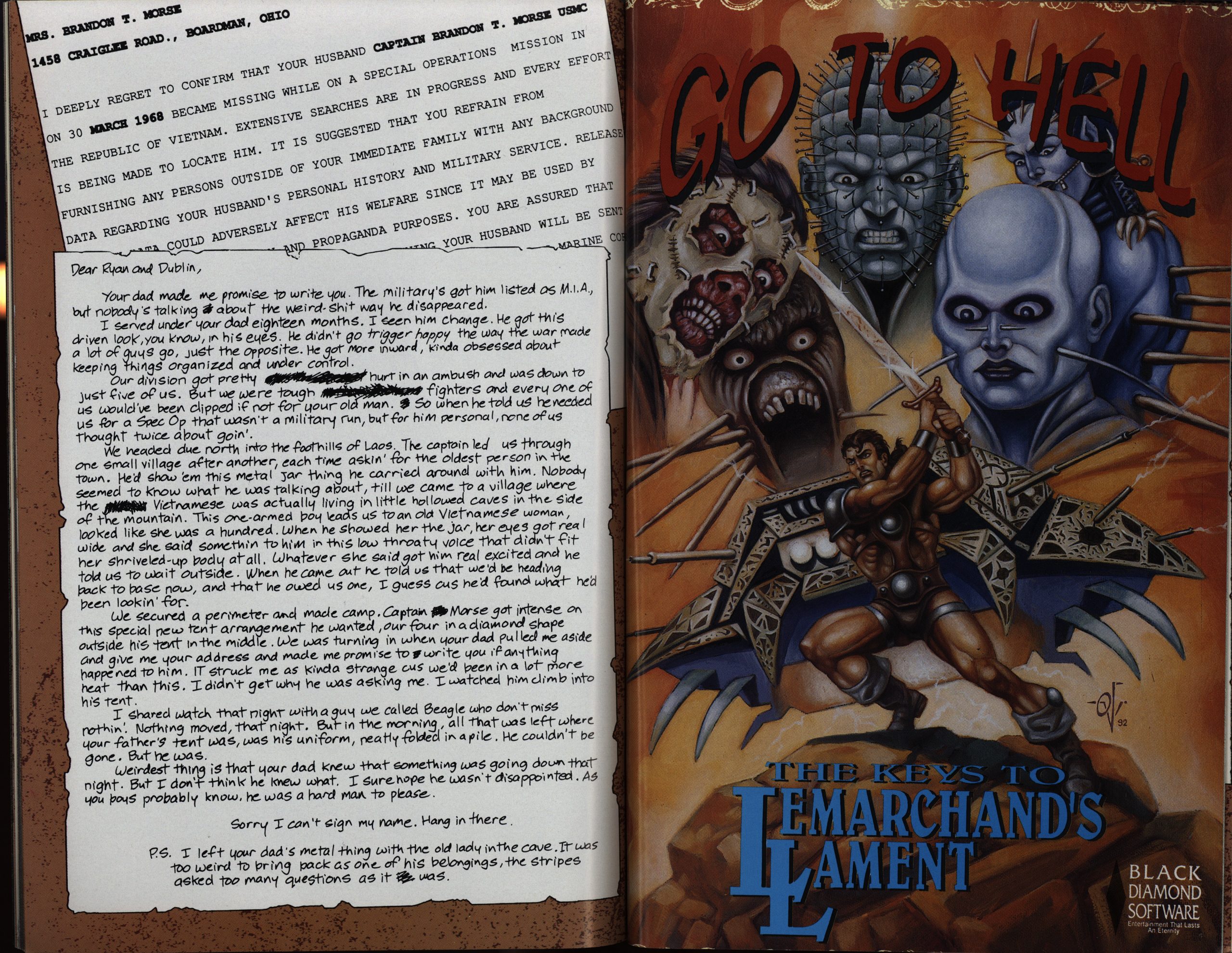 The aesthetic mostly leans towards “scrapbook”, because these are all real, found texts, like. 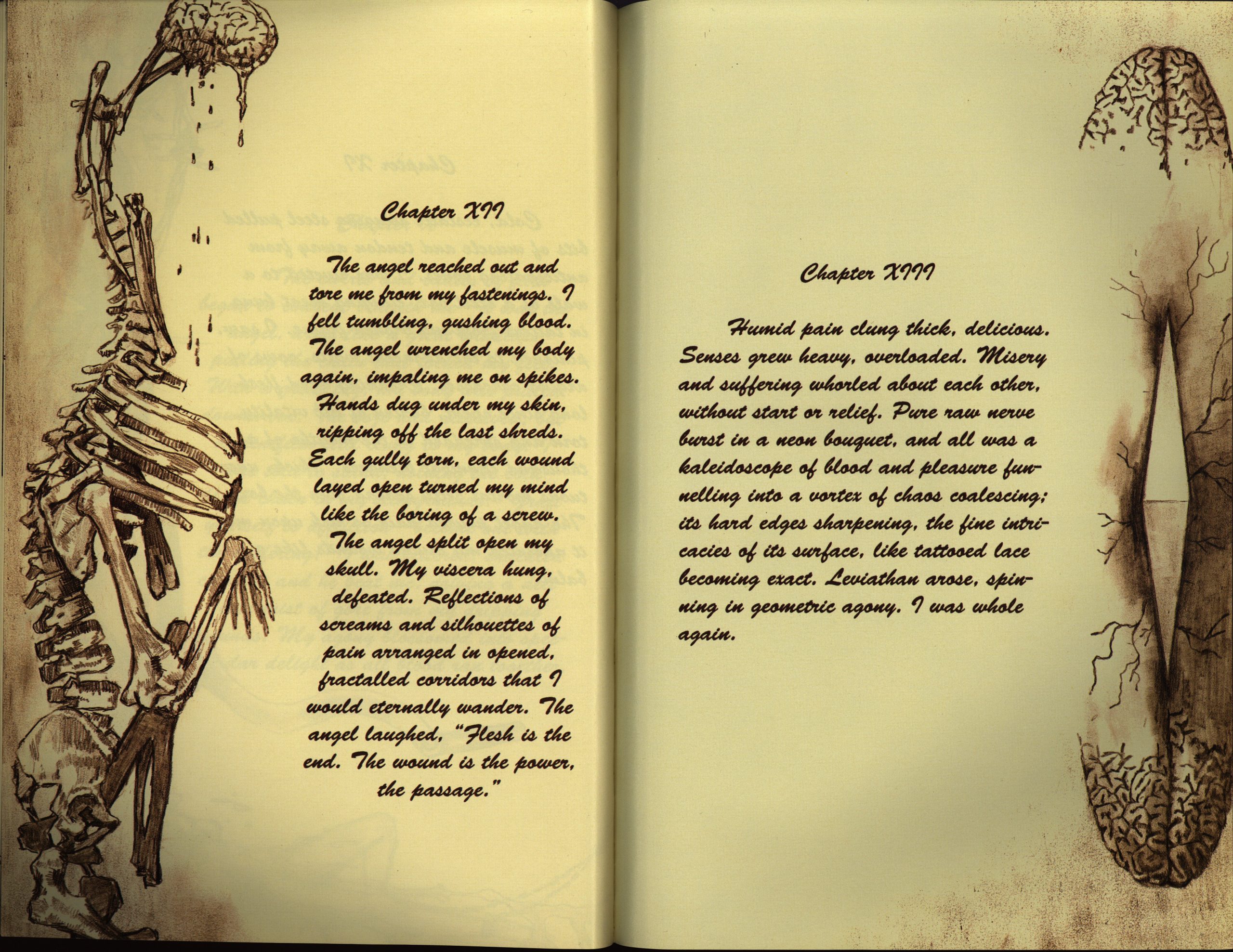 The final issue is the one that seems to have involved least work.

OK, I failed the mission of this blog series: I’m not (re-)reading everything Epic published. *pout*

This series doesn’t seem to have been reprinted or collected?

But this isn’t about the Movies or the BOOM! Comics. This is about The Book of The Damned. If you are fond of the First Two Movies,The Original Novella, or the original comics, this is a MUST READ book. If you have never read a Hellraiser comic before, this book will make you want to.