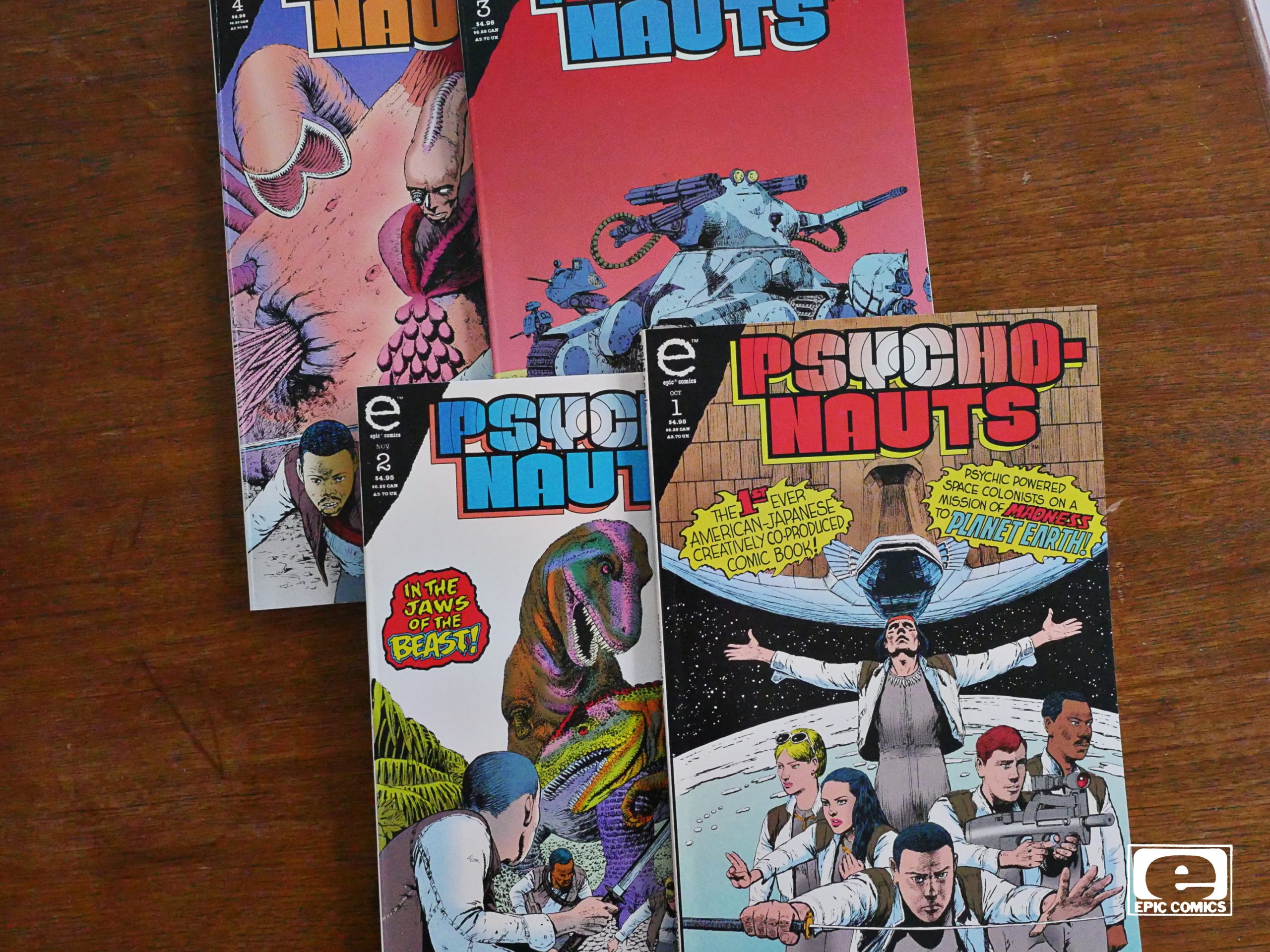 Hm… “The 1st ever American-Japanese creatively co-produced comic book”. I wonder whether that convoluted sentence is true? It might be, I guess? Studio Proteus did a Japanese-inspired books by Americans, but I don’t think any Japanese were actually involved. I’m trying to think of any others, and I’m coming up blank.

Also note that this book is not part of the “Heavy Hitters” line-up Epic had going at the time. What’s up with that? 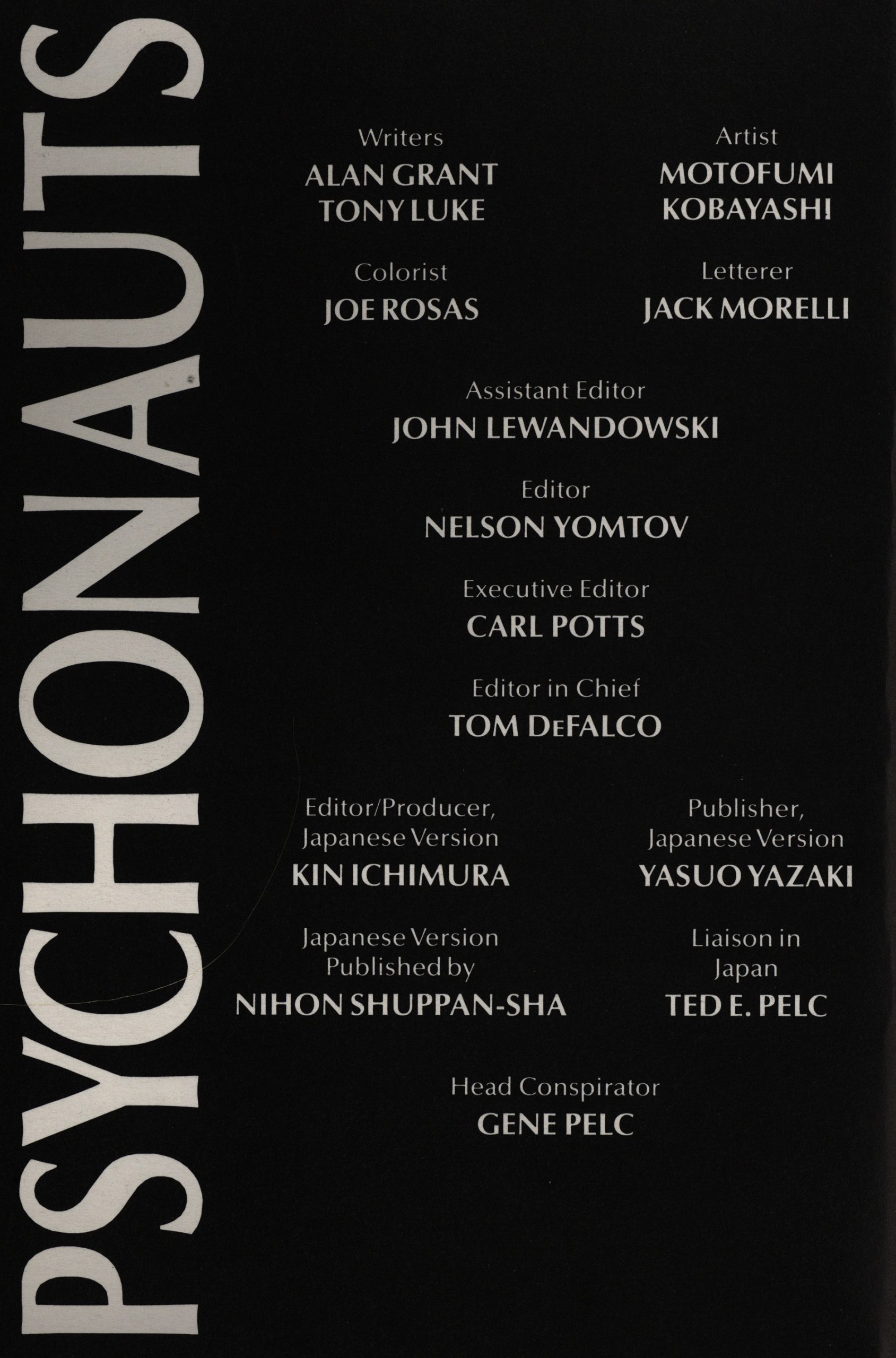 So this was published in Japan, too? By Nihon Shuppan-Sha, which I’m guessing wasn’t the biggest publisher in Japan at the time. 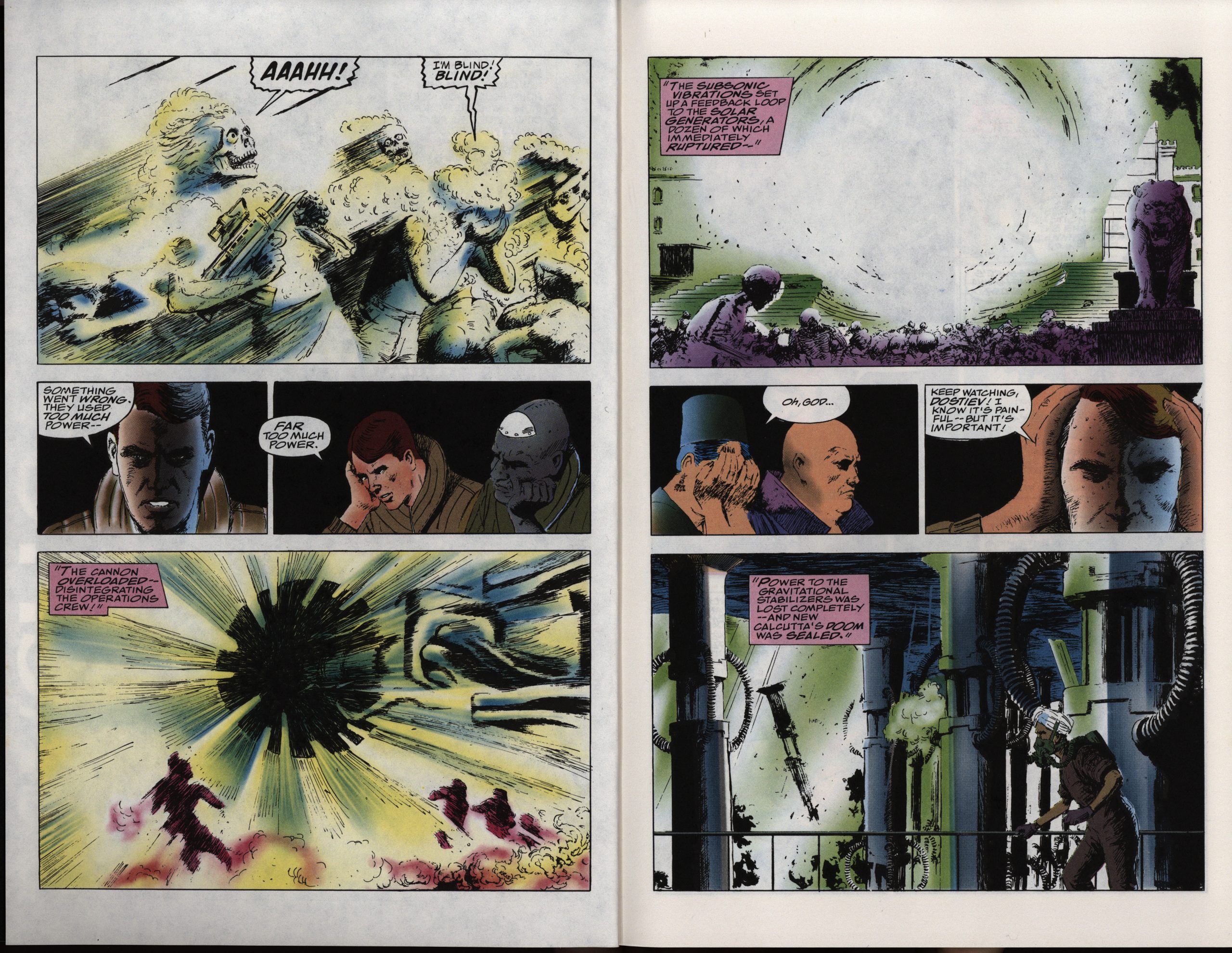 This looks kinda bad? I’m not familiar with the artist at all, but it looks so… basic… 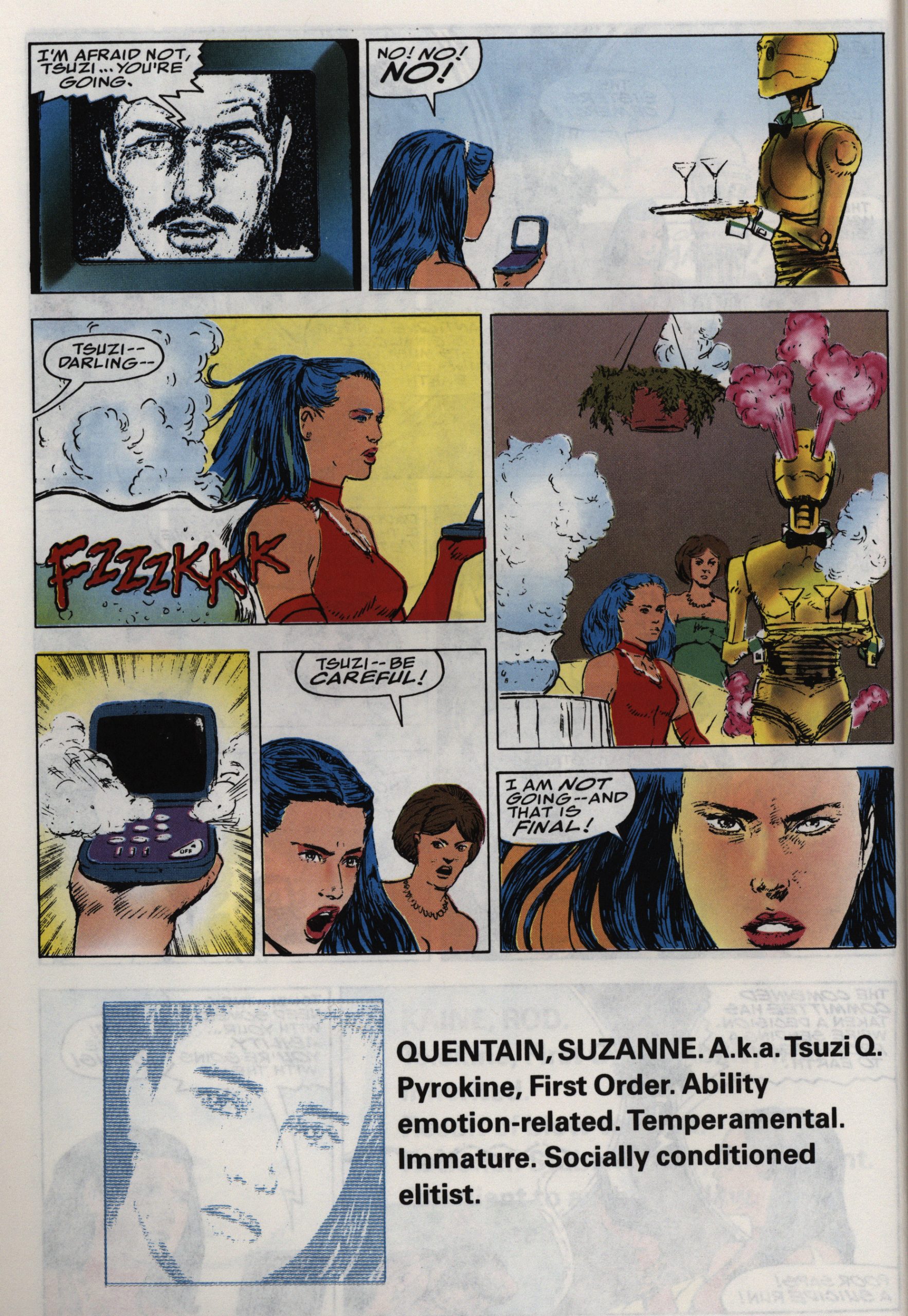 Had he been instructed to make everything look like an American comic book, and then not being very good at it? There’s no background, and the linework frequently just shatters. Was this printed in Japan first and then they reproduced this off a bad Xerox of something already printed on newsprint?

Oh, I guess I should mention what the plot here is: A spunky group of spunky people return to Earth to see whether it’s inhabitable. Above we have the introduction of one of these people (they’re all done in the same manner). 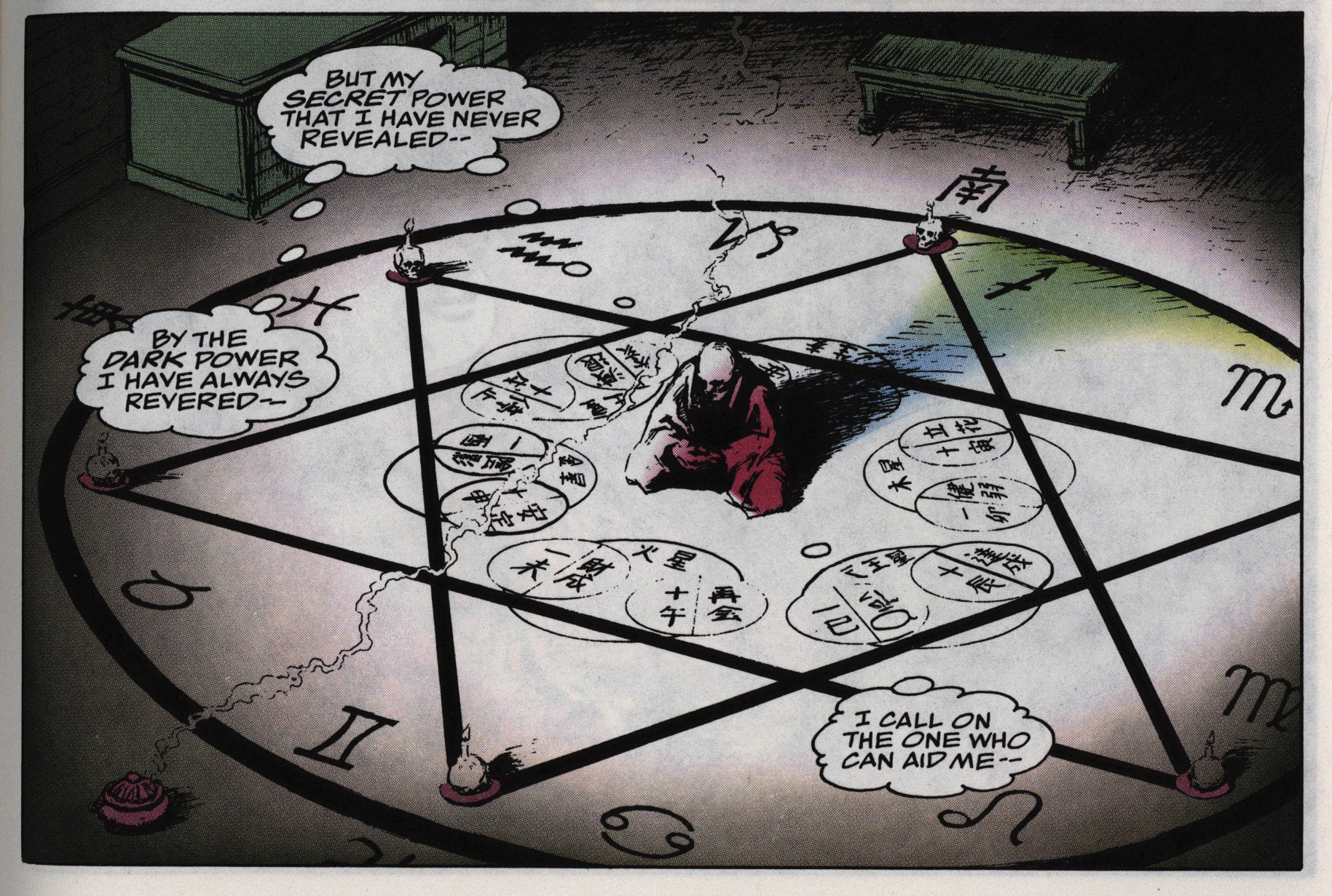 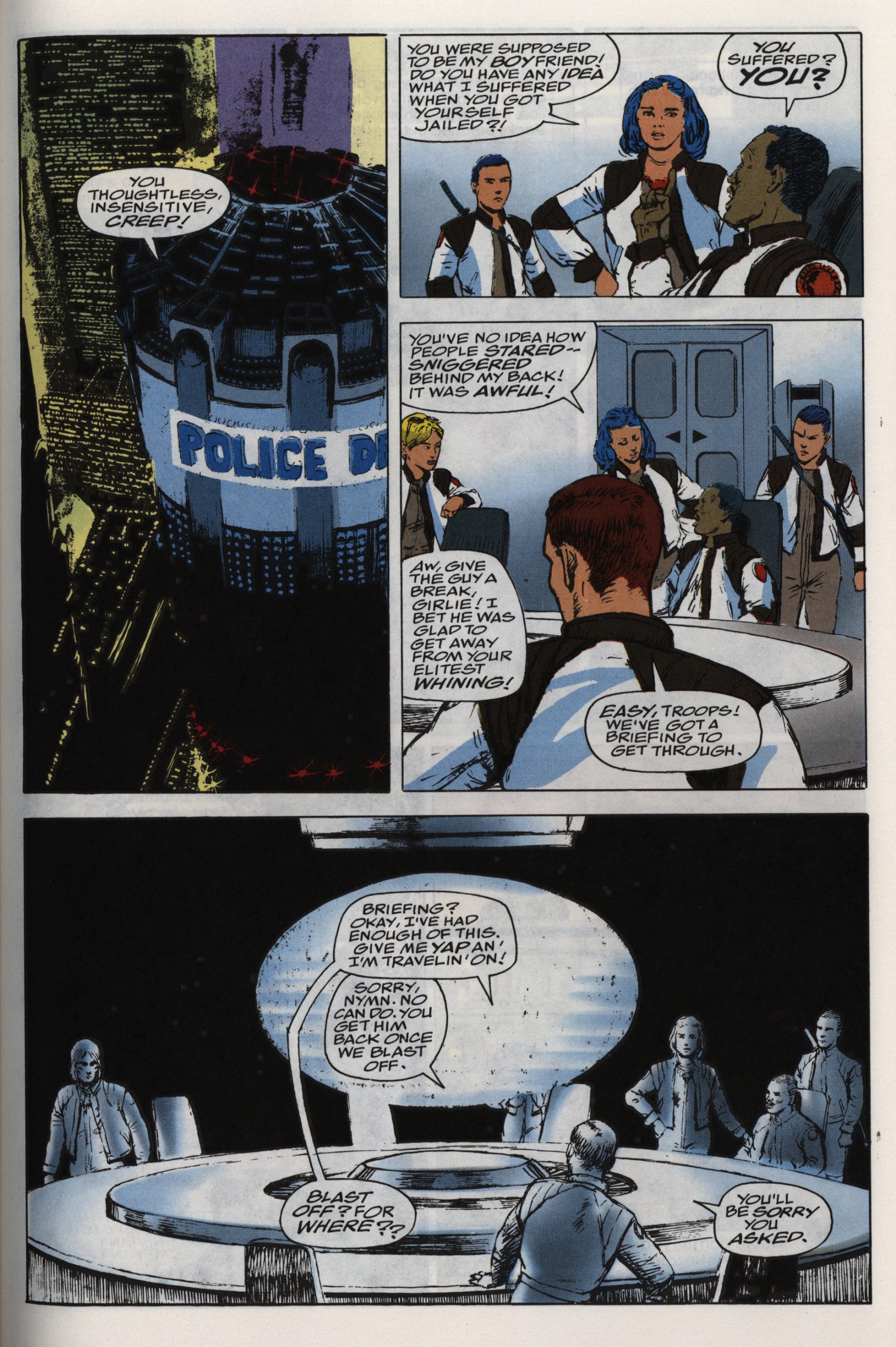 I just can’t get over how badly reproduced this is. Surely this isn’t representative of his artwork? Because if it is, why would they have hired him in the first place? Or was he the only Japanese artist that said yes to working with Marvel?

OK, I have to google him now: 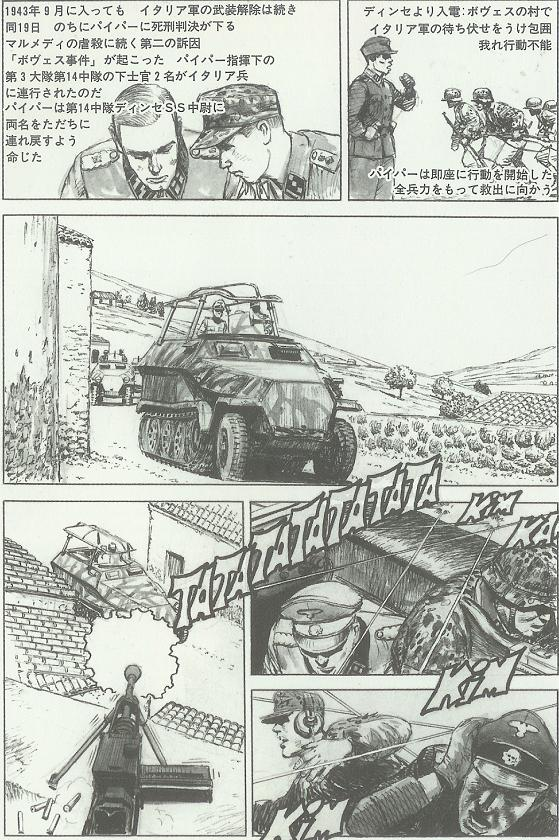 That looks a whole lot better! It looks good! But it’s all done in pencils and washes? Is that why the inked line-work he’s doing in Psychonauts looks so awful? It’s not how he works? 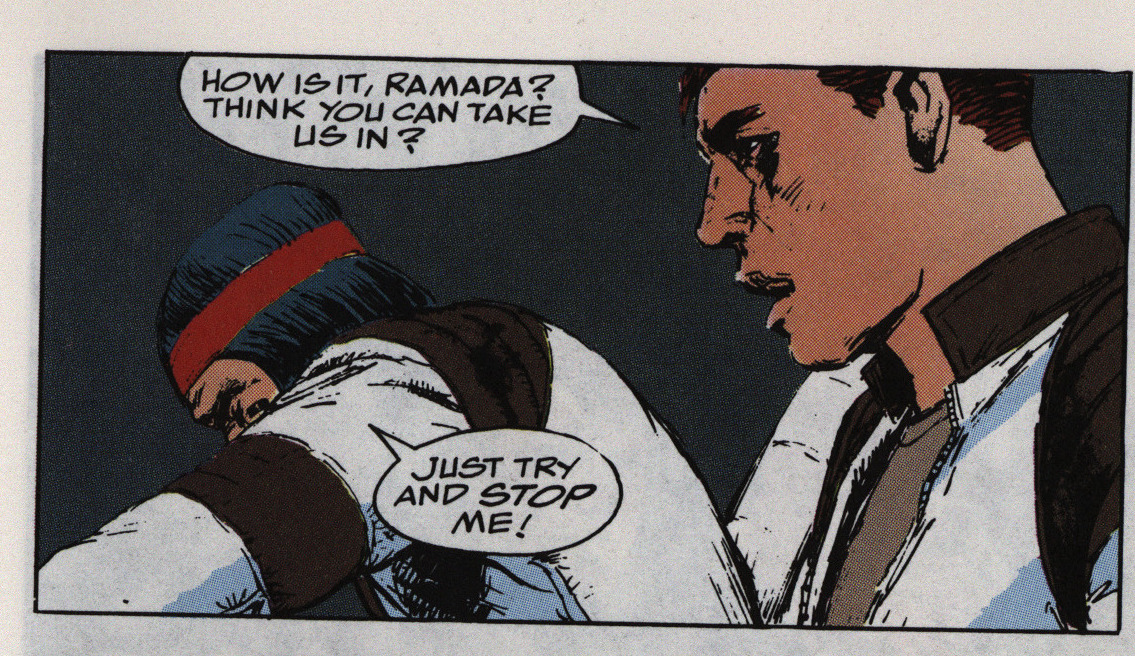 The Native American is called “Ramada”, and that other guy is asking whether he can take them “in”.

I think that’s the only attempt at a joke in this series, though, so… small mercies… 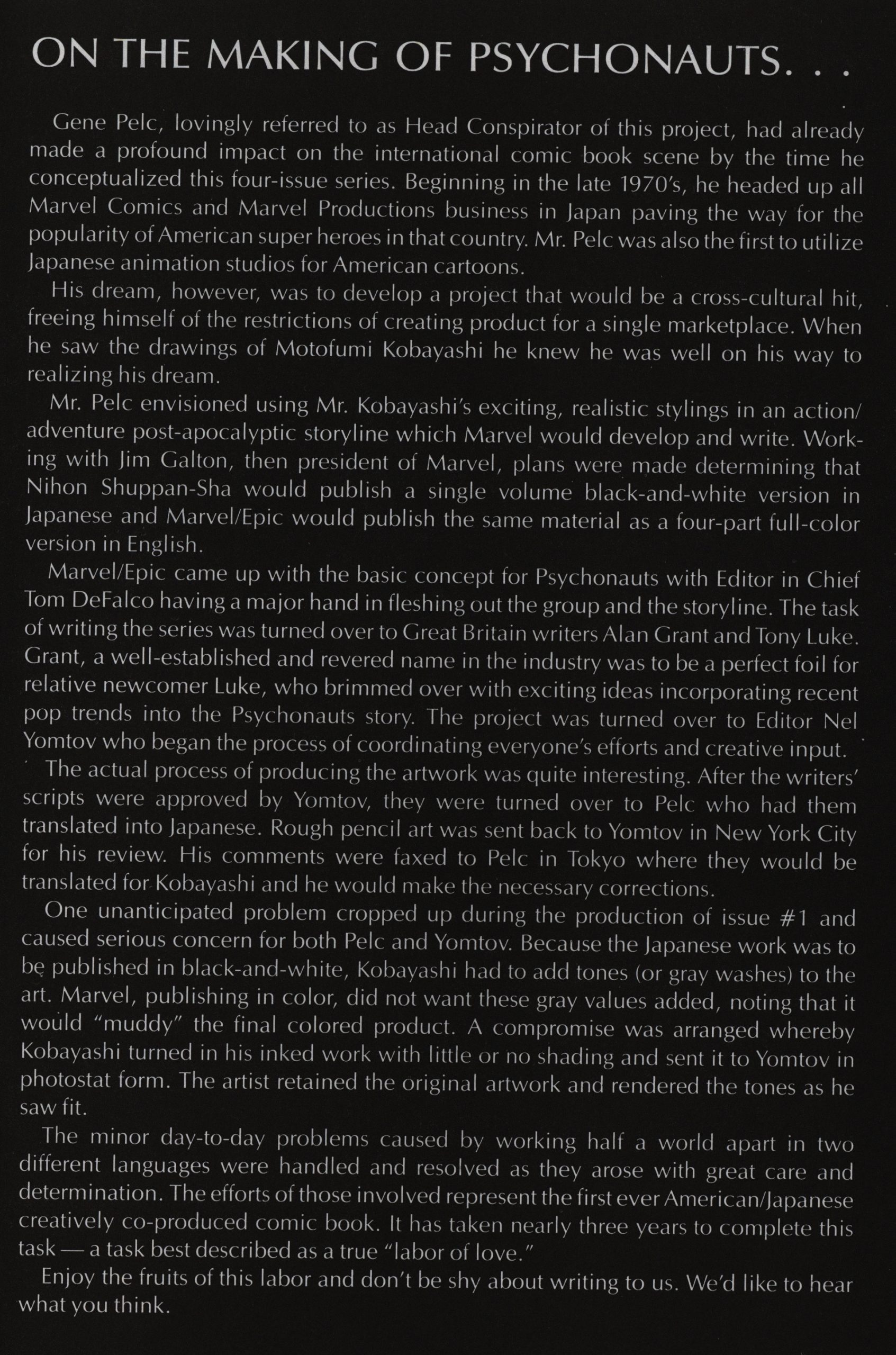 Oh oh! This started as a project many years earlier, but hadn’t been completed until now. That explains why it’s not a “Heavy Hitters” thing?

And… my guesses about the Xeroxes was almost right! It’s being published in Japan with Kobayashi’s usual washes, but Marvel got Xeroxes of the artwork before the washes were added, because Marvel was going to colour it.

What a fucking shit show. 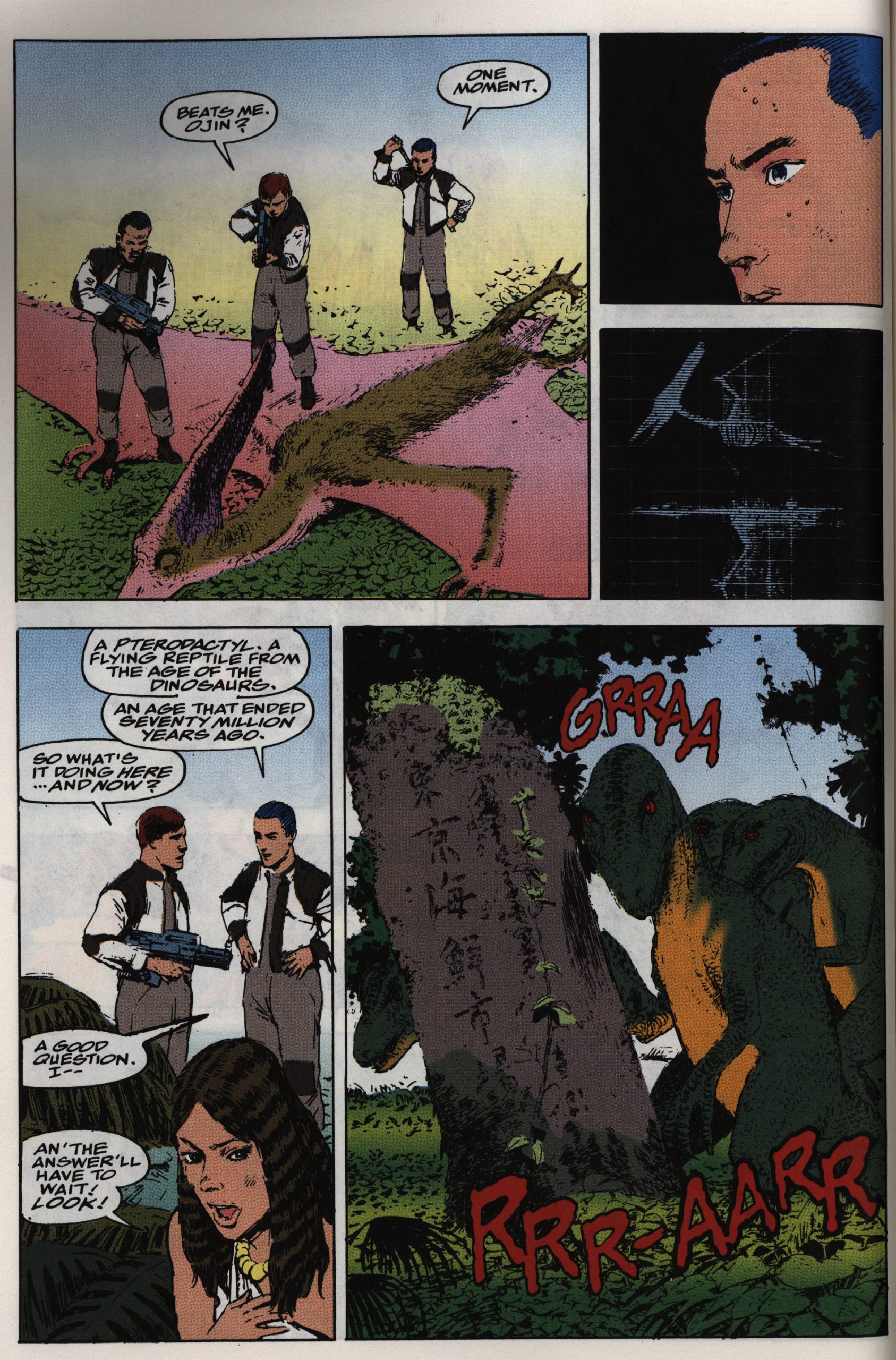 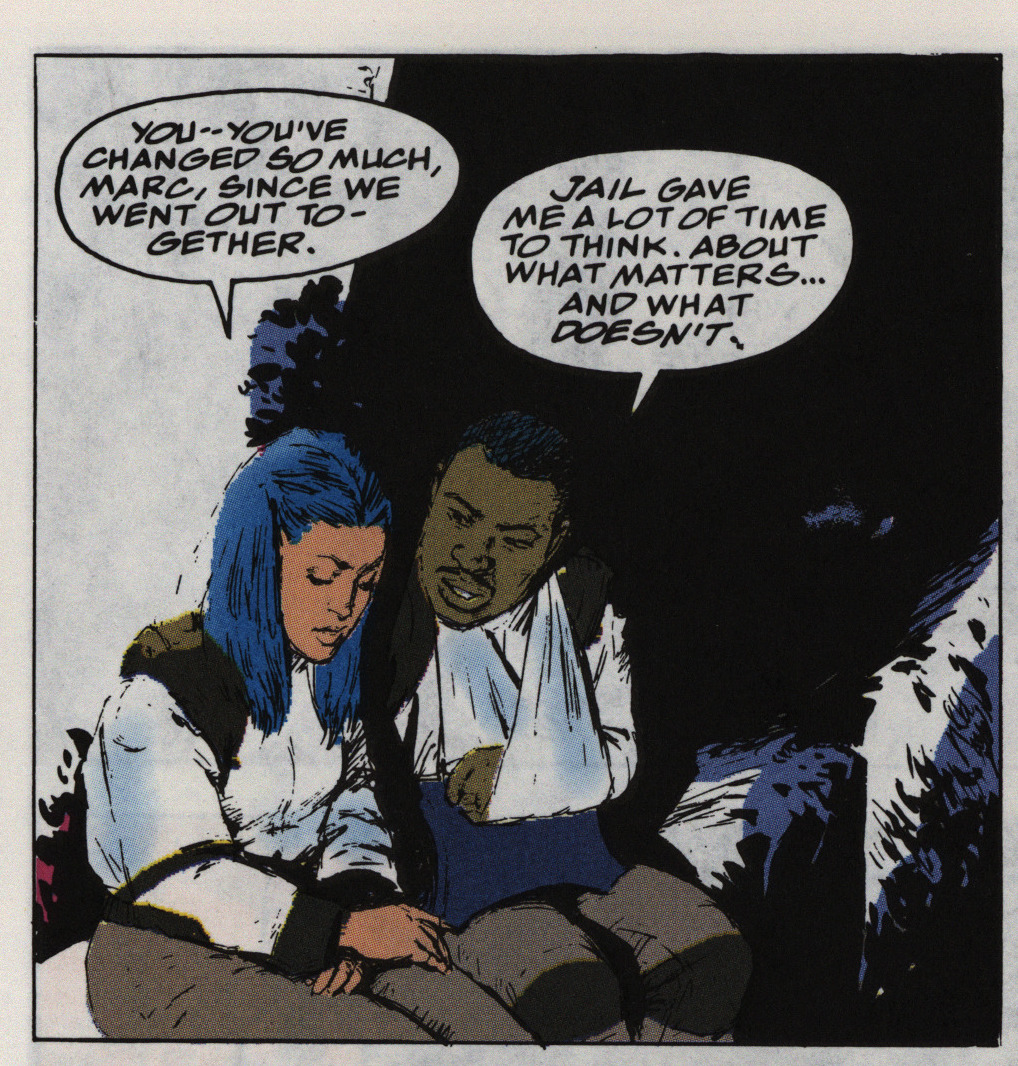 The artwork is so inconsistent. The characters turn into deformed mini-people all the time, with short, short limbs.

The colouring isn’t much better — it’s frequently slap-dash and off-register, and basically rather ugly. 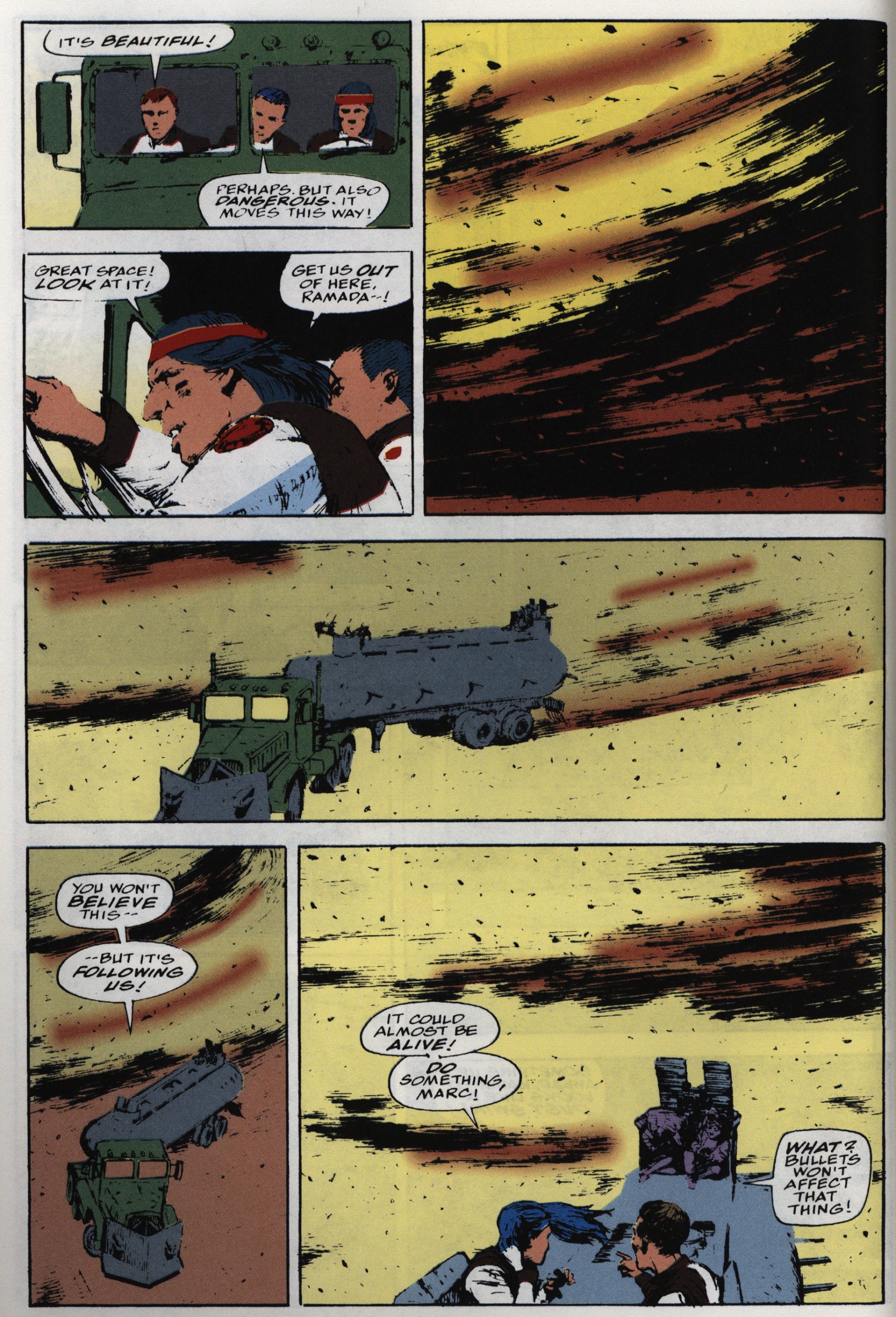 Reading page after page of this crap is a soul-crushing task. (And I only have myself to blame.) 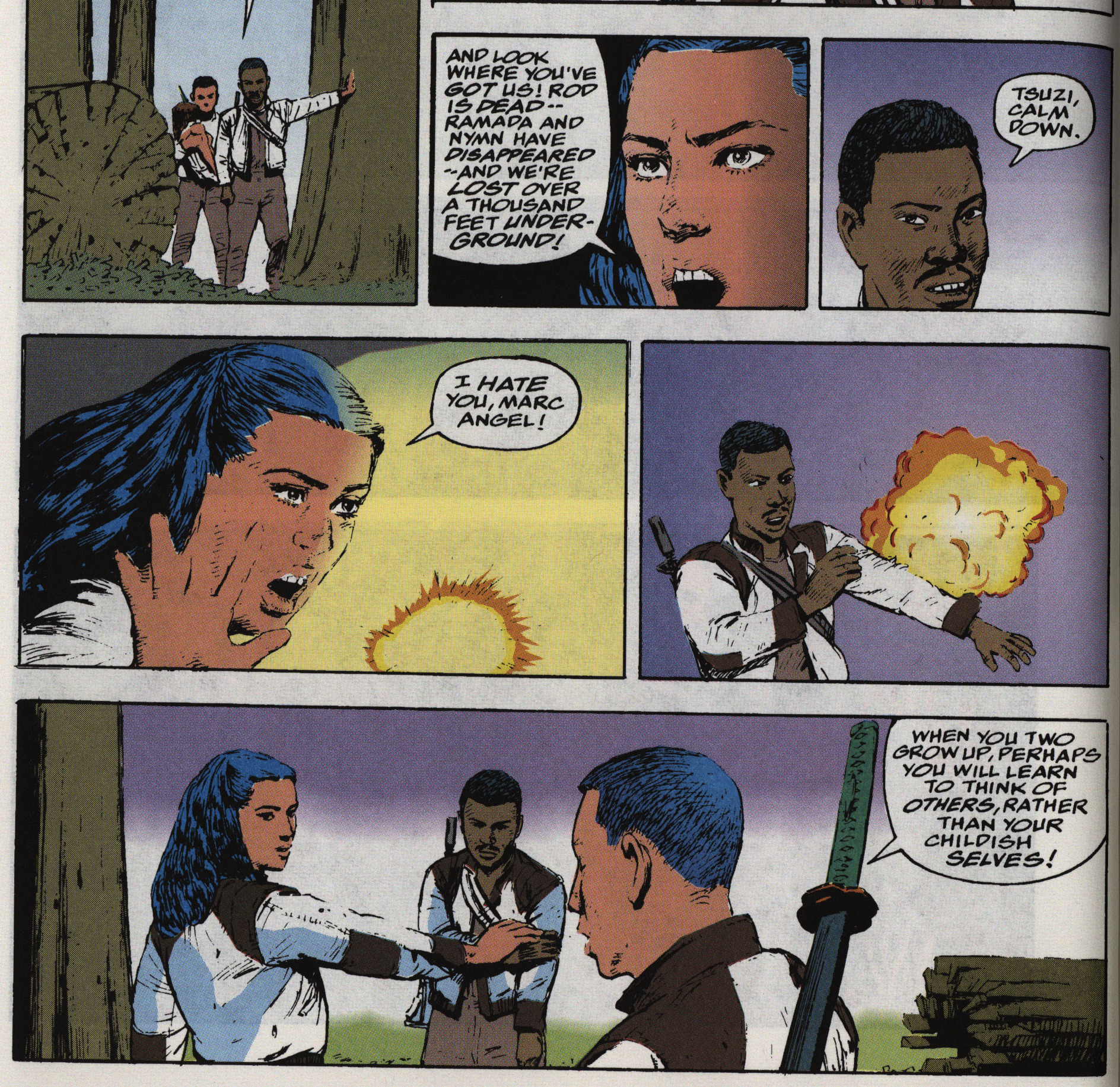 The scenes of bickering are so ineptly done that my keyboard fails me. 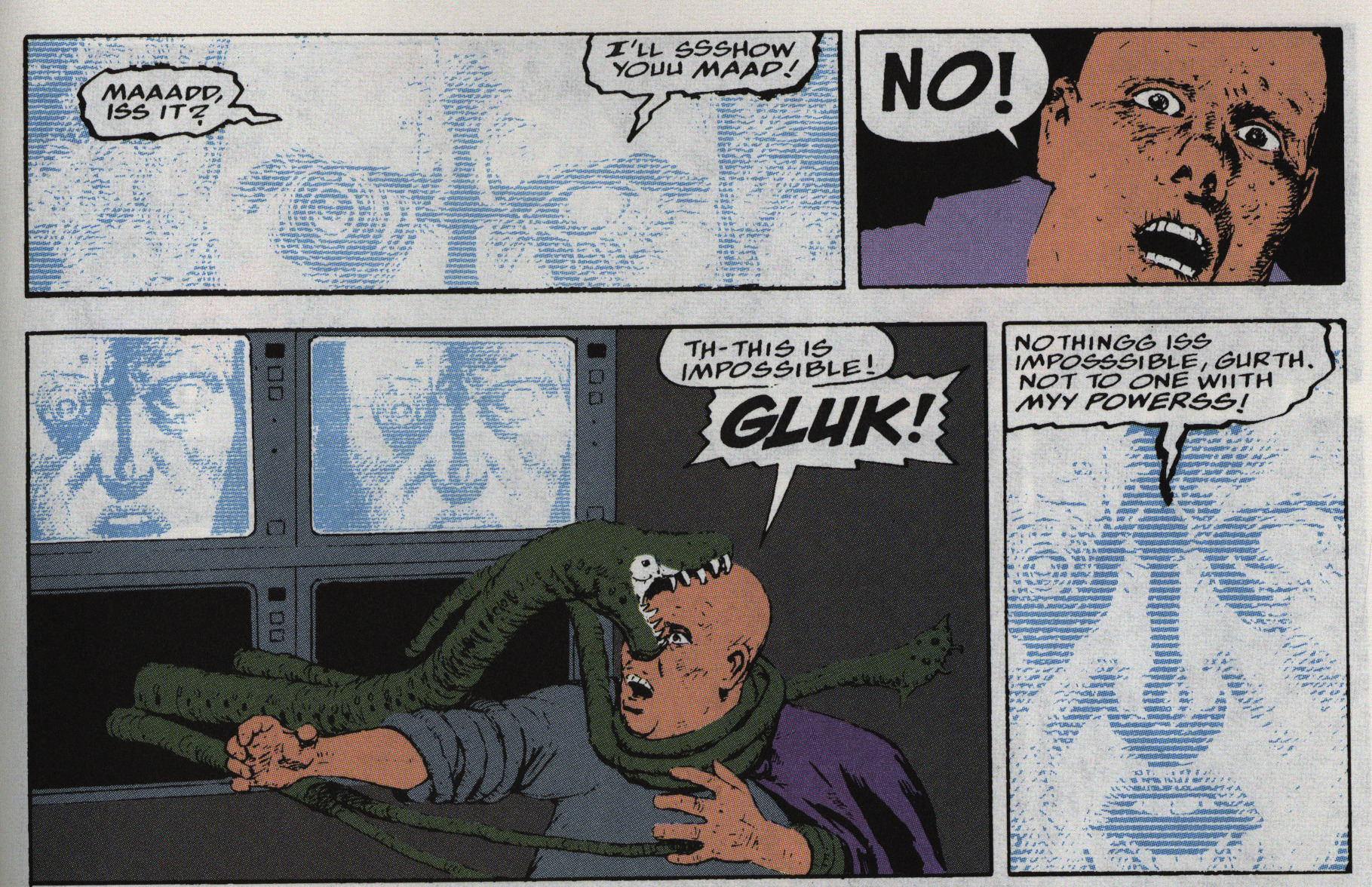 Well, at least there are tentacles coming out of the TV.

Except reading this series without falling into despair.

Kobayashi is apparently an experienced artist, but working mostly with WWII comics.

‘Psychonauts’ started in 1987 and was an initiative of Gene Pelc, head of Marvel in Japan, who wanted to make a cross-cultural hit.

So it took almost a decade to get this thing made.

I’d grown up watching Japanese monster movies and I’d seen a lot of Japanese animation on the continent like Mazinga and Captain Harlock. So I was well acquainted with Japanese pop culture, so we put this proposal together called Psychonauts for Marvel’s Epic imprint.

We got a very good artist called Motofumi Kobayashi who did the first two books then took a break to do the comic version of the Gulf War. And then he did the sequel! I’d love to see it!

This series has thankfully never been reprinted or collected.