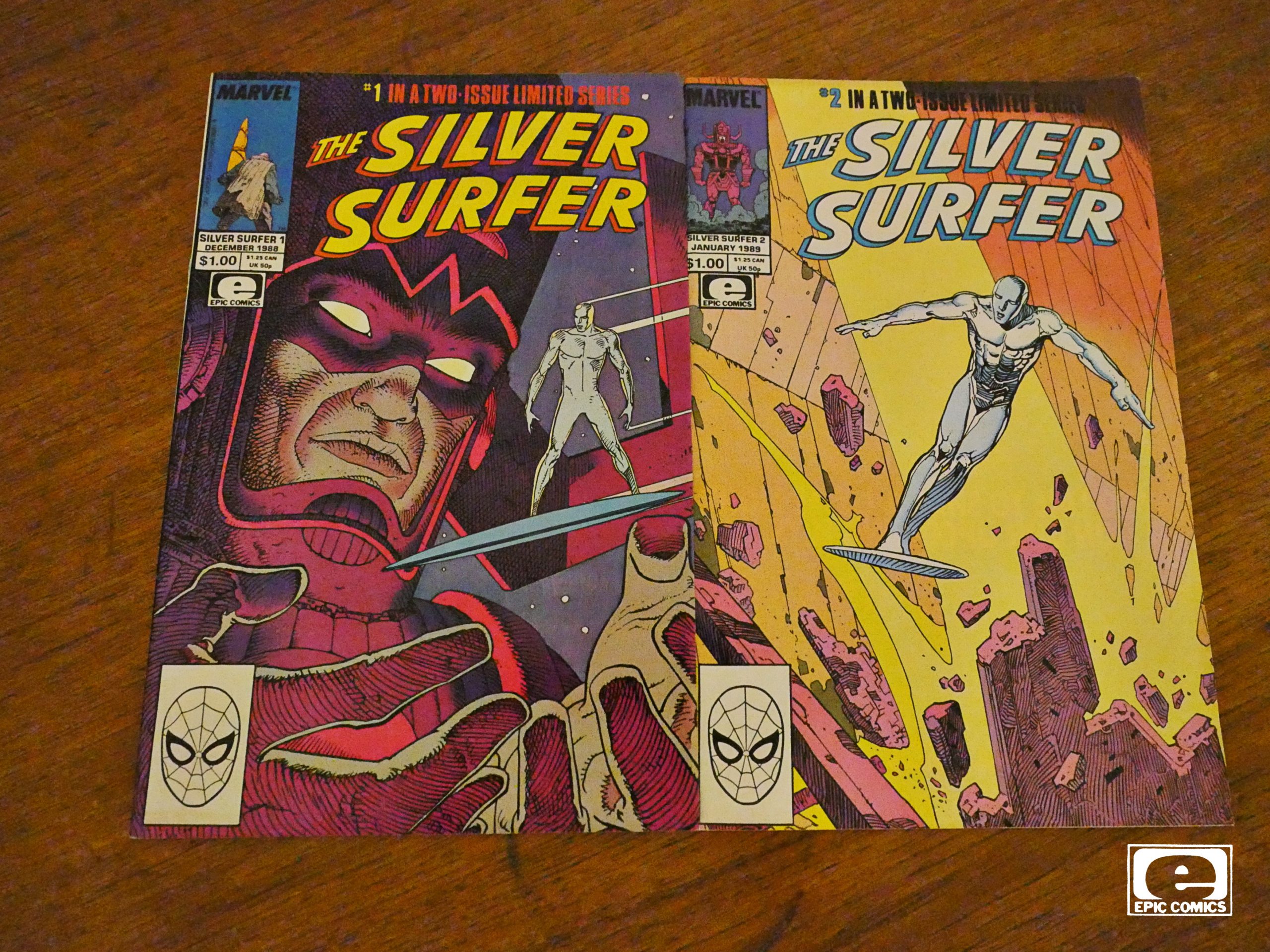 The reason for this book existing was allegedly Moebius seeing a preview of his Epic graphic novels in Marvel Age. He was intrigued by how his drawings reproduced on cheap newsprint, with mechanical colour seps. 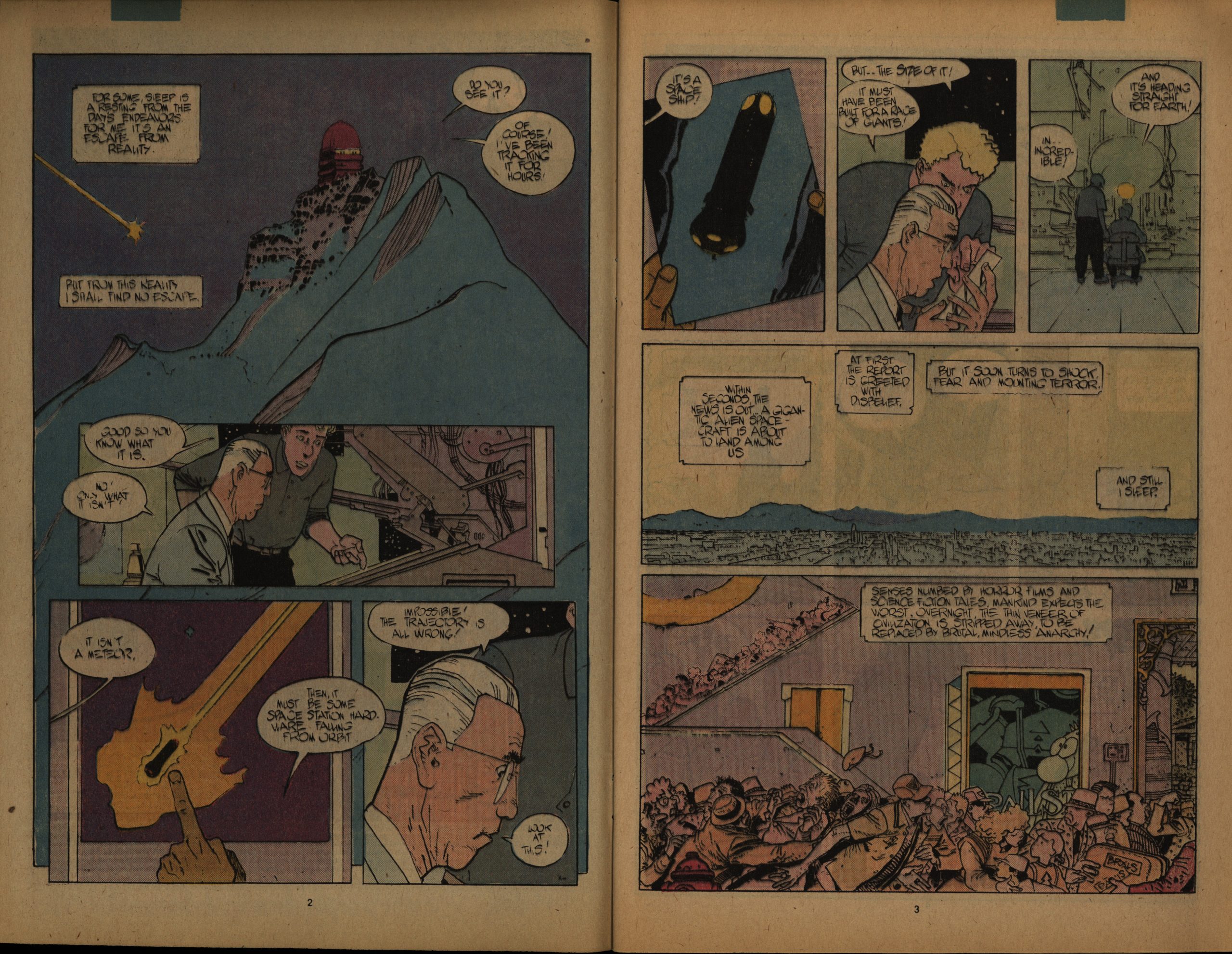 And so we have this, which is very newsprintey indeed. 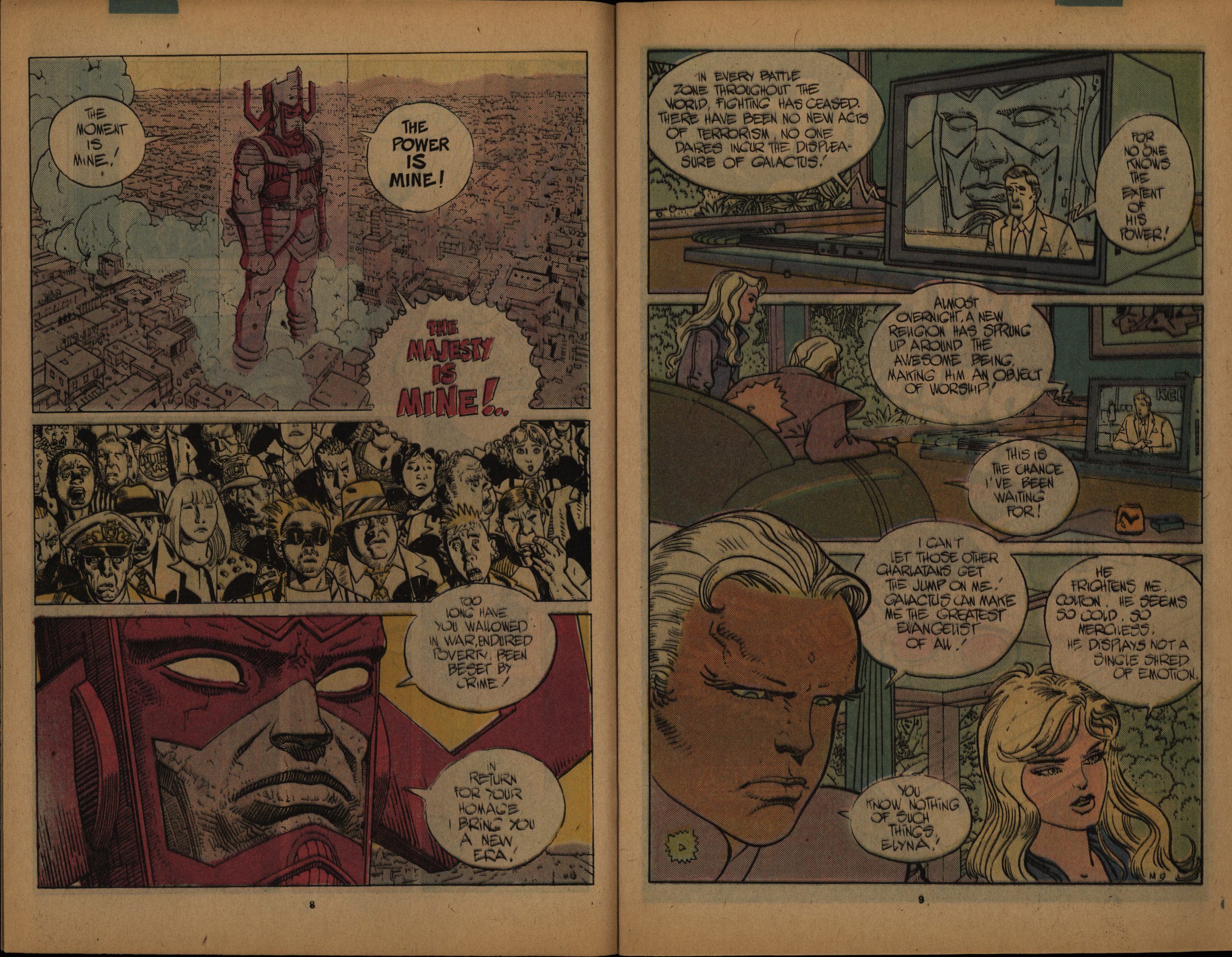 Stan Lee is credited as the writer, but I’m not quite sure what that means. Perhaps that he did (some of) the dialogue? It’s lettered by Moebius himself, though, so perhaps he was only involved with some of the plotting?

” ‘Parable’,” says Stan Lee, “has more
religious overtones and more philosophy
than the graphic novel [John Buscema
is drawing]. There’s a TV evangelist
whose philosophy is very different from
the Silver Surfer’s. He has a daughter,
and the daughter gets involved with the
Silver Surfer. Galactus enters into it, too.
And the world turns against the Silver
Surfer; in the end, the Surfer has to make
the world hate him.
“I don’t want to say too much about
it because there are a lot of suprises. It’s
not the typical Silver Surfer. I think it’s
one of the best stories I’ve come up with
in years! It’s very dramatic, and I
absolutely cannot wait to see how Moe-
bius illustrates it!” 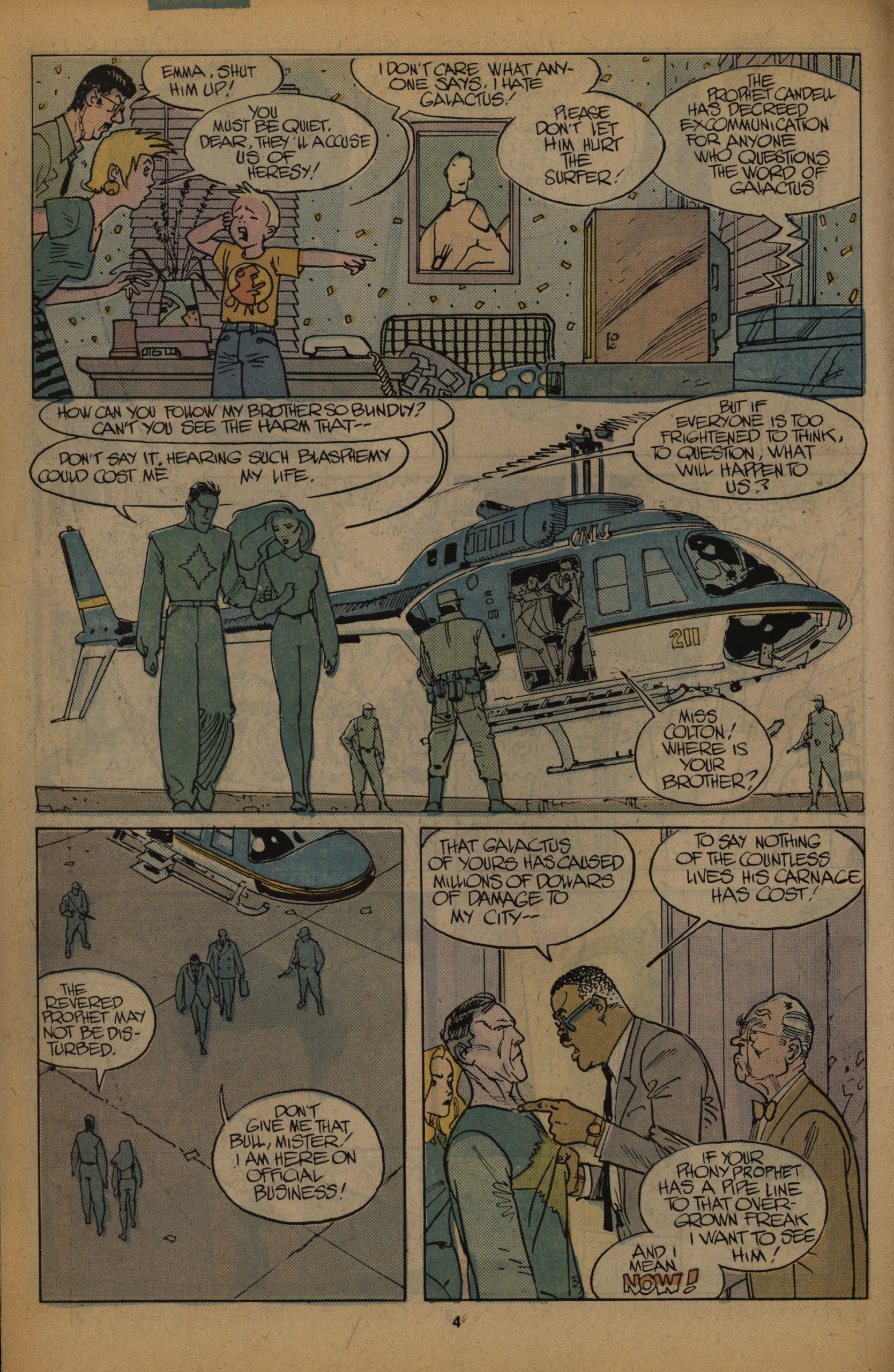 Anyway, as Silver Surfer/Galactus stories go, it’s rather off-model, but Moebius is having fun, I think. It’s a trifle, but it reads well, and Moebius’ artwork is great as usual.

Marvel didn’t wait many months before reprinting this in one volume, on bigger, bright shiny paper, and my guess is that that’s the format most people have seen this in, but I thought it made more sense to read it in the intended format for this blog series.

Galactus is such an
intrinsically Kirby character, and with
a towering mass of omni-functional
scaffolding that takes infinitely
circuitous routes around the
character’s power-gorged frame,
Moebius is helpless to do anything but
trace. Secondly, the tale is all too
familiar to Surfer fans, making it
harder for the intensely personal style
of Moebius to win converts who might
not be familiar with the artist’s work
in more elitist anthologies.
But the Moebius Surfer is a lovely
thing to behold. Not that the Surfer
has any trouble being rendered in the
most aesthetically beautiful terms
imaginable. His very presence–
perfectly pale, bereft of features—cries
out for the artist who can subtly
achieve emotions in his face, sinews,
and his sleek arms. He is a dream for
the bad artist and the good artist alike.
When the artist is awful, the Surfer
can appear detached, lost in secret
melancholy. When the artist is great,
as Moebius is, the Surfer can be a
beautiful mural of messianic intent.
Moebius’ is much different than
any the Surfer has yet inhabited, a
world of spooky pinks and blues
suffused with unearthly pastel light,
like the religious statuary your
grandmother used to buy that showed
Jesus kneeling next to an open wind(N’
at sunset, with midnight blue and
flourescent pink shining upon his face.
This two part mini-series may not
convert the wetbrains (although the
Surfer is clearly soaring too close to
the violent maw of Galactus on the
front cover), but it stands, to those
already converted to both Moebius
and the Surfer, as a monument to
both.

Not everybody is as enthusiastic:

So, being a glutton for punishment, I’ve read a good deal of Surfer comics, usually gritting my teeth while thinking about how awesome it should be, and how not very good it is. That same thing happened while reading this volume. Famed European comic artist Moebius, one of the key visual storytellers of the 70s, whose work frequently graced the pages of Heavy Metal issues I’d sneak peaks at when I was a boy, is a perfect match for the cosmic nomad, and there are some beautiful panels. But Stan…Oh, Stan.

But some are very:

Most importantly, it fits the story. This is “literary” superhero fiction.

There are profound things being said left and right, and all in context of the story.

In modern parlance, the book is filled with panels that are begging to be their own memes to explain the world today. Remember: This book is 30 years old.