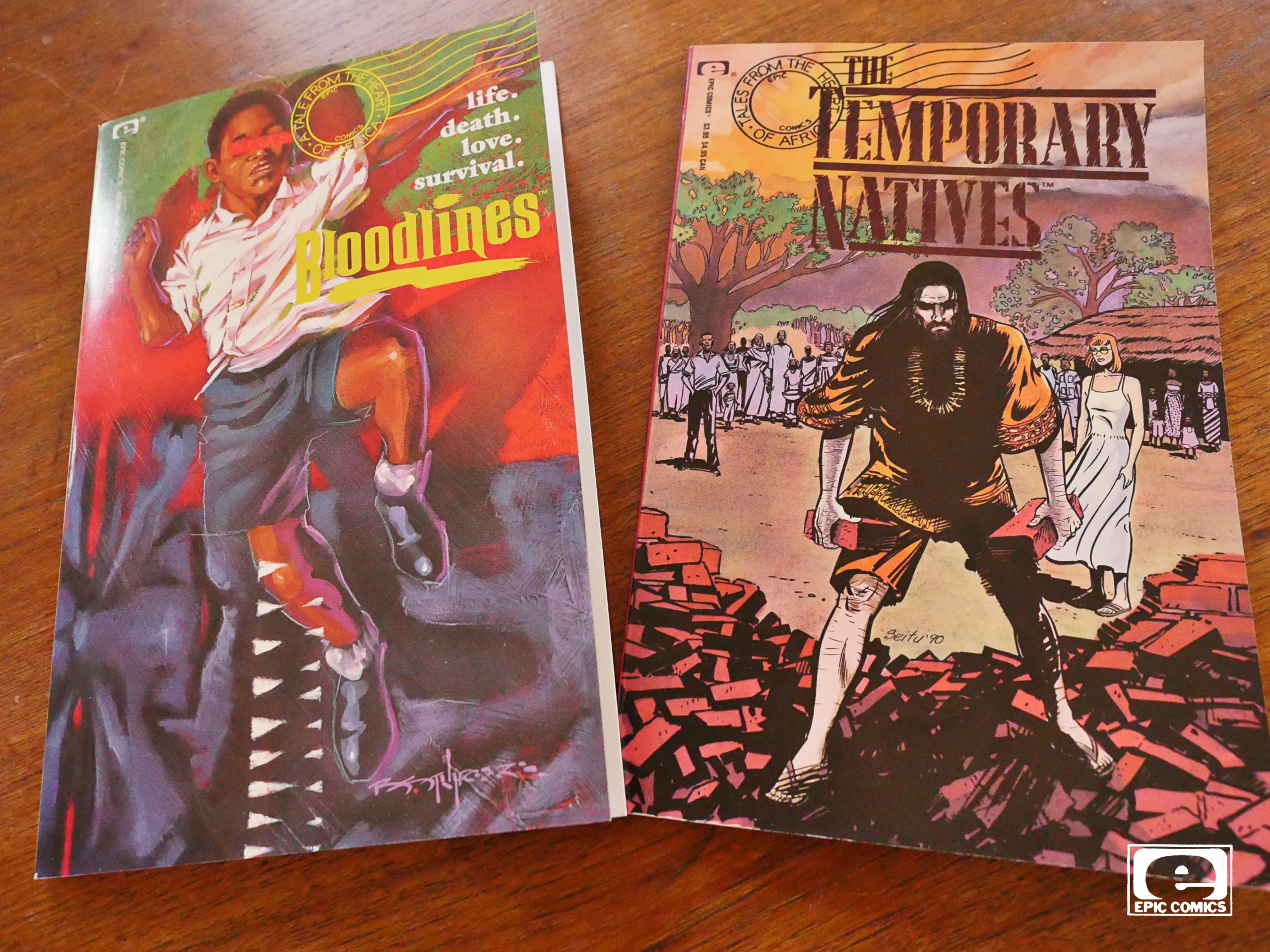 Oh wow. Tales from the Heart! I loved that series back in the 80s. I think it was self-published first, and then had a dozen-ish issues published by Slave Labor (perhaps an unfortunate name here)? Yes indeed!

I loved that series. Like so many mid-80s American indie comics, it seemed to come out of nowhere; just an unmediated little piece off unique fabulousness.

Basically, Tales from the Heart was (if I remember correctly, I haven’t re-read it since the 80s (I’ve got the issues here somewhere, though)) anecdotes from Goff’s experiences as a Peace Corps member. Not completely autobiographical, but with a very grounded outlook. 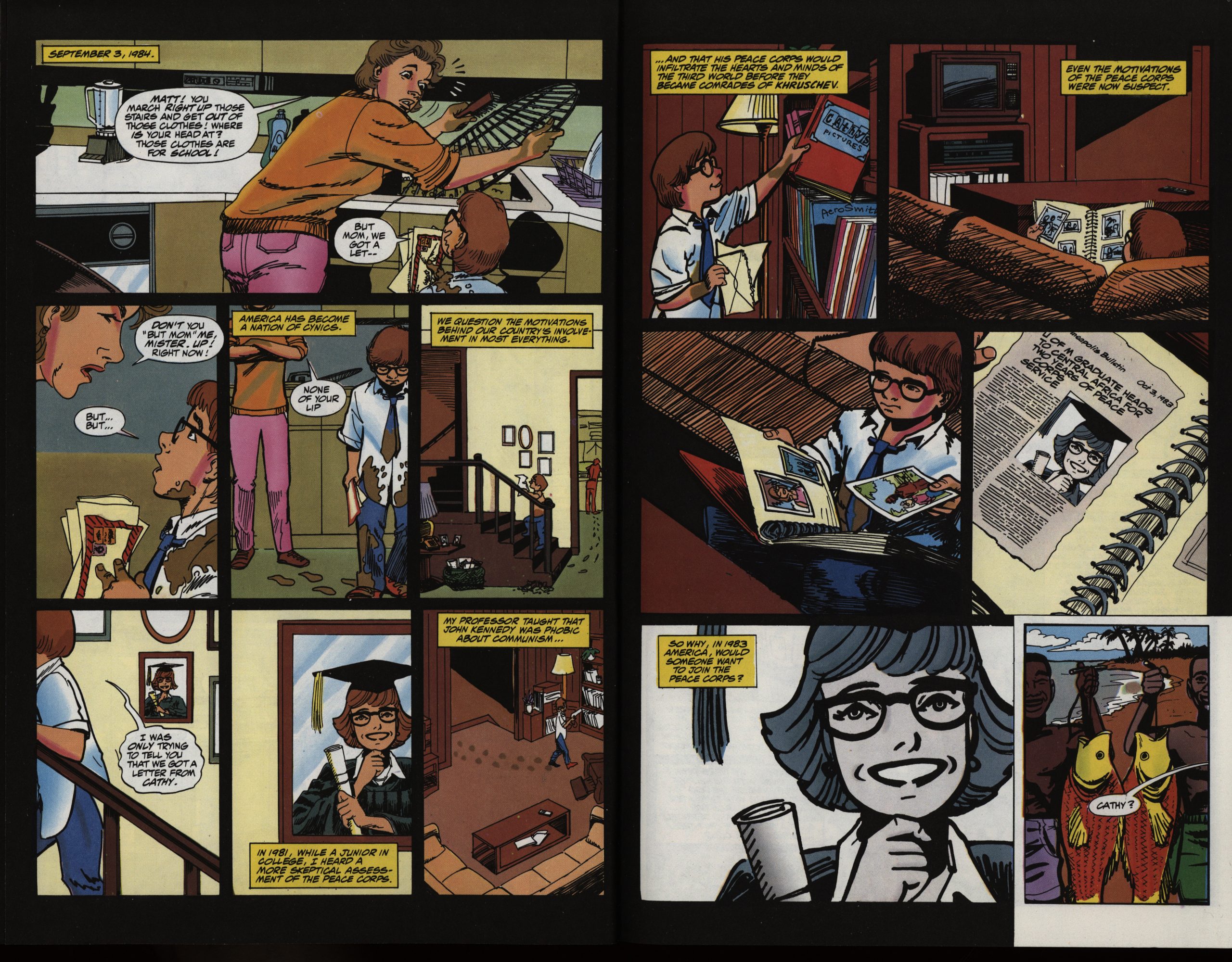 I did buy the first of these Epic squarebound “prestige format” books back then, but missed the second one, for some reason or other. Well, I was at university, and probably had more pressing things to do with my student loan…

Anyway, the Temporary Natives book is much like I remember the old issues, only longer and in colour. 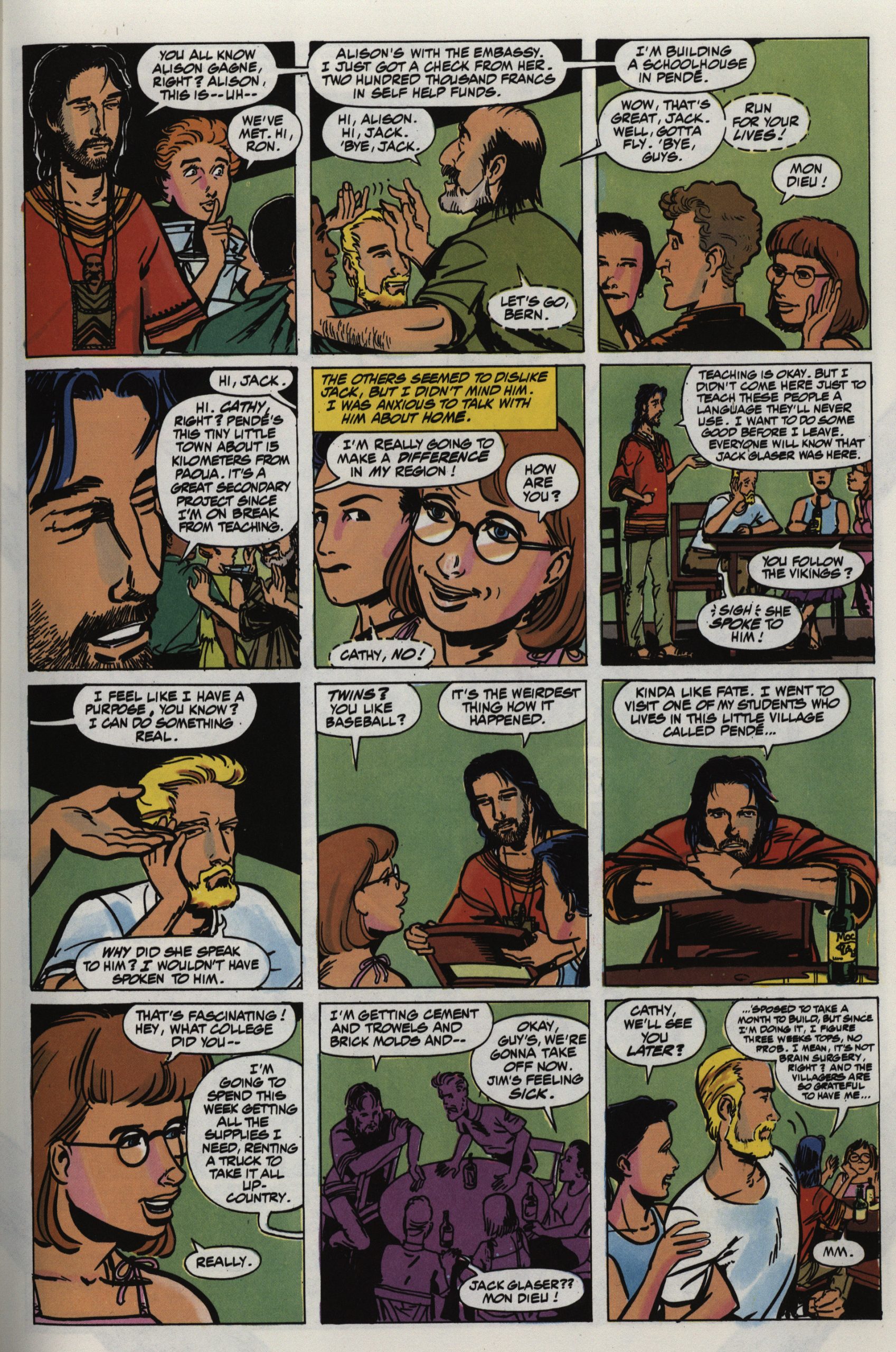 And as I remember it, these books are more about being a Peace Corps member than about Africa or Africans. Which I think is a totally valid thing to write about, but I get a sympathetic cringe trying to imaging the reactions to this book being published in this form now. 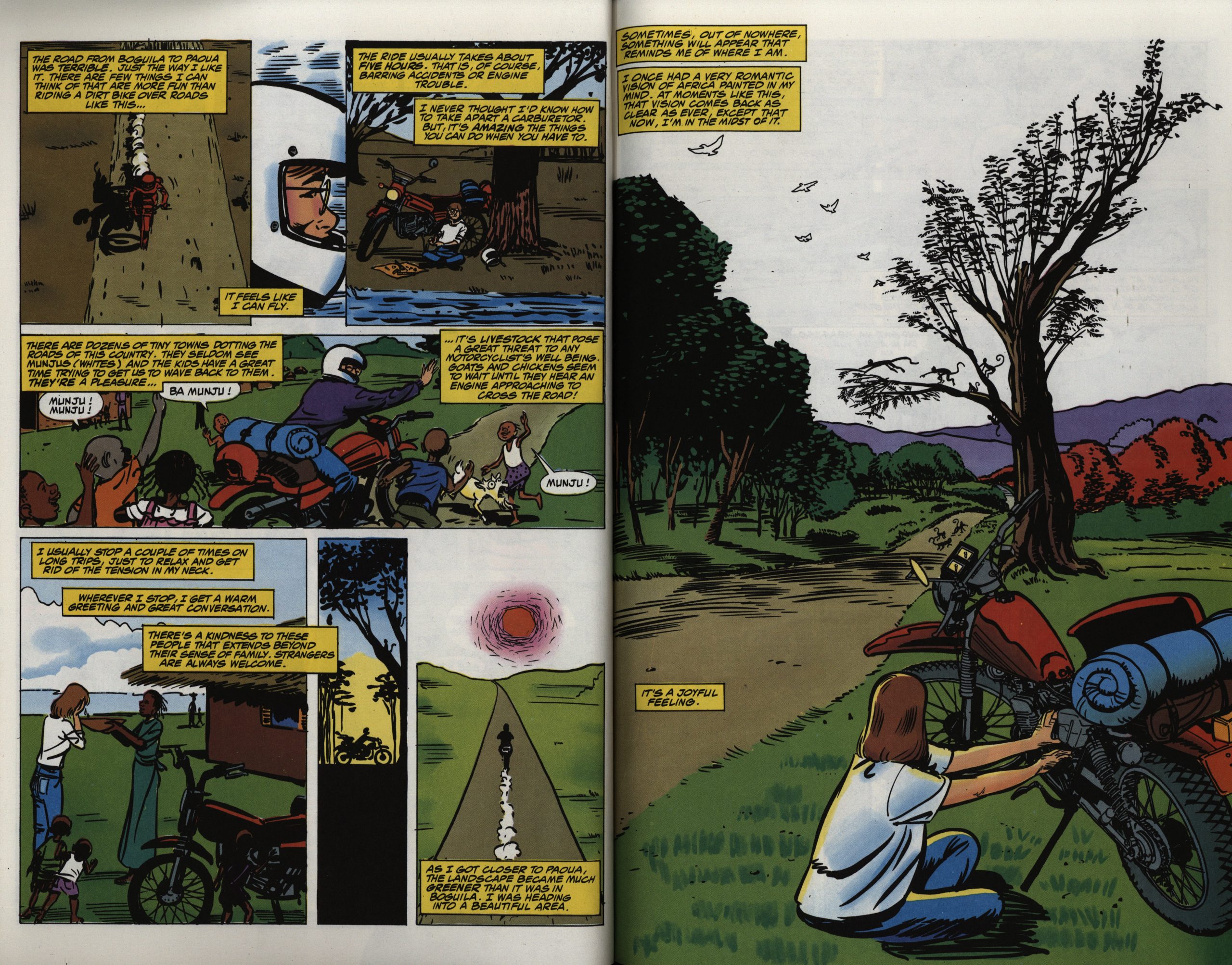 The book is filled with a conflicted feeling about the entire Peace Corps experience; whether they’re doing any good or not, or making any difference at all.

I mean, the “usually” comment up there makes it sound like they’re tourists in an interestingly picaresque country, but it I think it’s an interesting read. I didn’t quite buy the storyline (about a Peace Corps member developing a Messiah complex of sorts), but there were all the little bits that rang true throughout the book.

So… it’s not as good as I remember the pre-Epic indie series was, but it’s fine.

… while on the back cover they run a quote from Terry Beatty.

I wonder what universe that made sense in. Wasn’t Sandman hot shit in 1990? 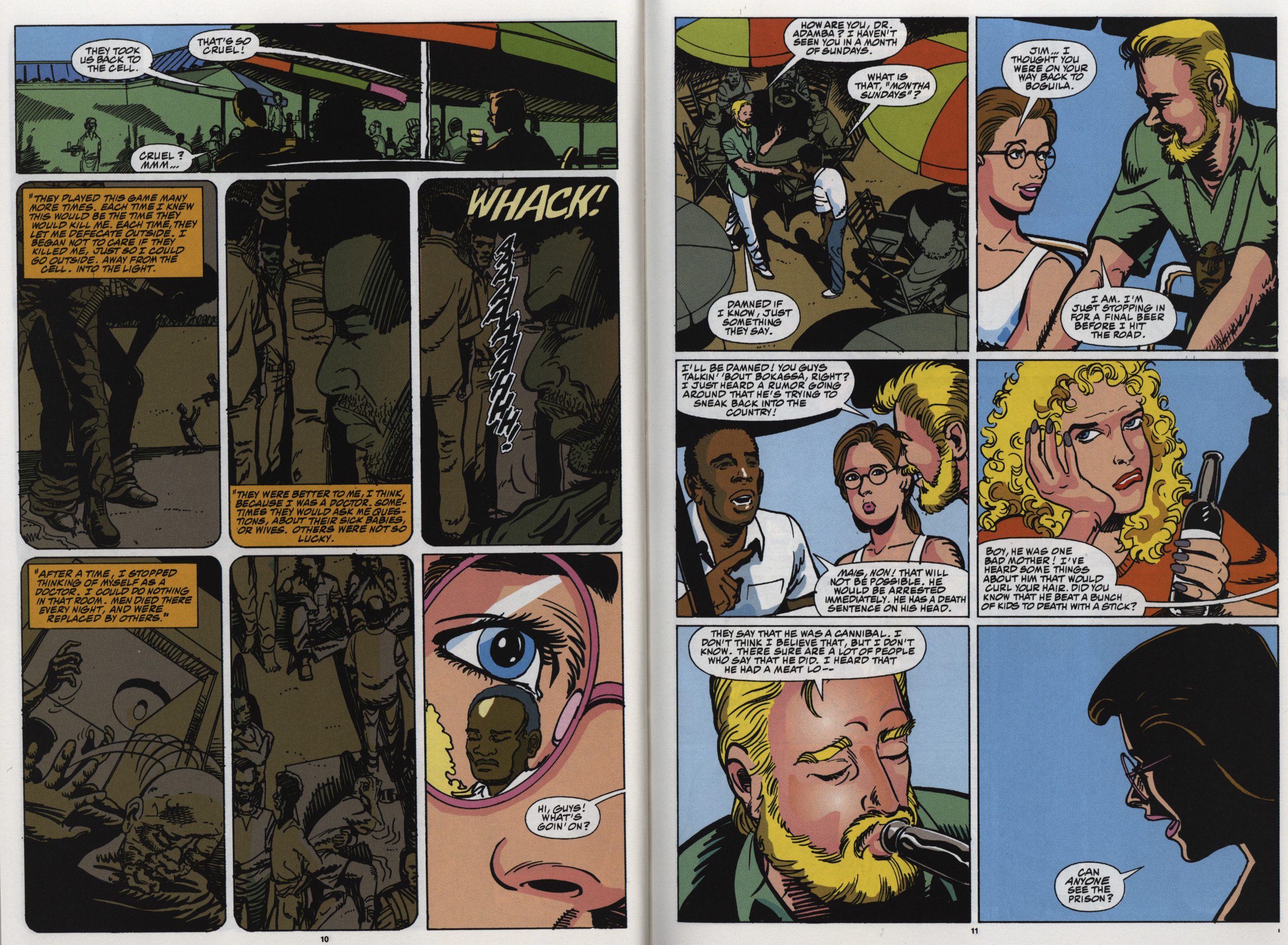 The second book, Bloodlines, is very different. It barely touches upon the Peace Corps experiences at all, but instead tells the story of Bokassa’s reign of horror, replete with many pages of torture and killing.

Above we see an African guy telling the story, and being interrupted by a whitemansplaining sitch. 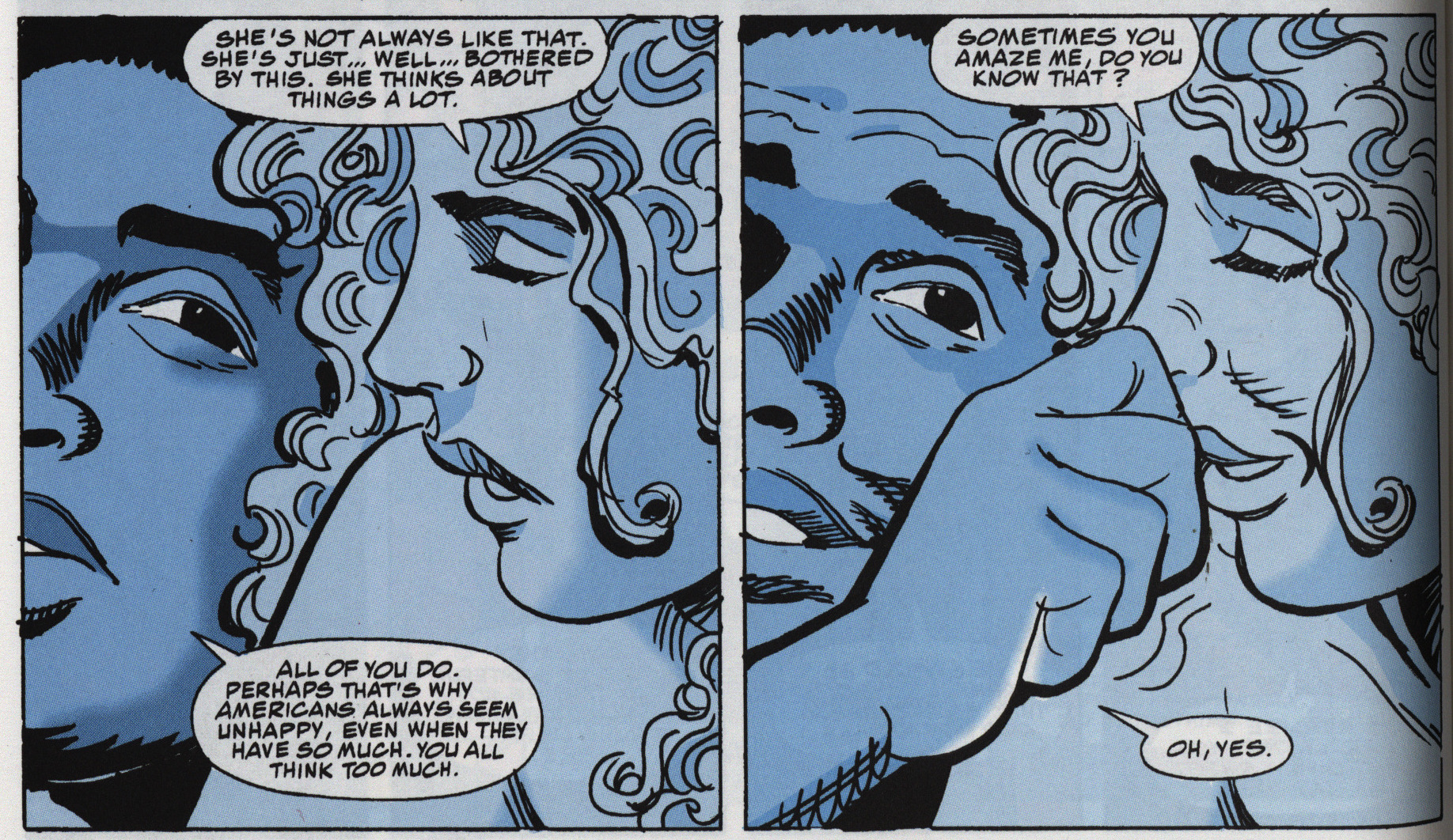 Perhaps Goff felt that she had written all she had to say about being in the Peace Corp and wanted to do er documentary fiction instead? (The characters here are apparently totally invented.) But everything gets a bit weaker and the dialogue doesn’t ring as true. 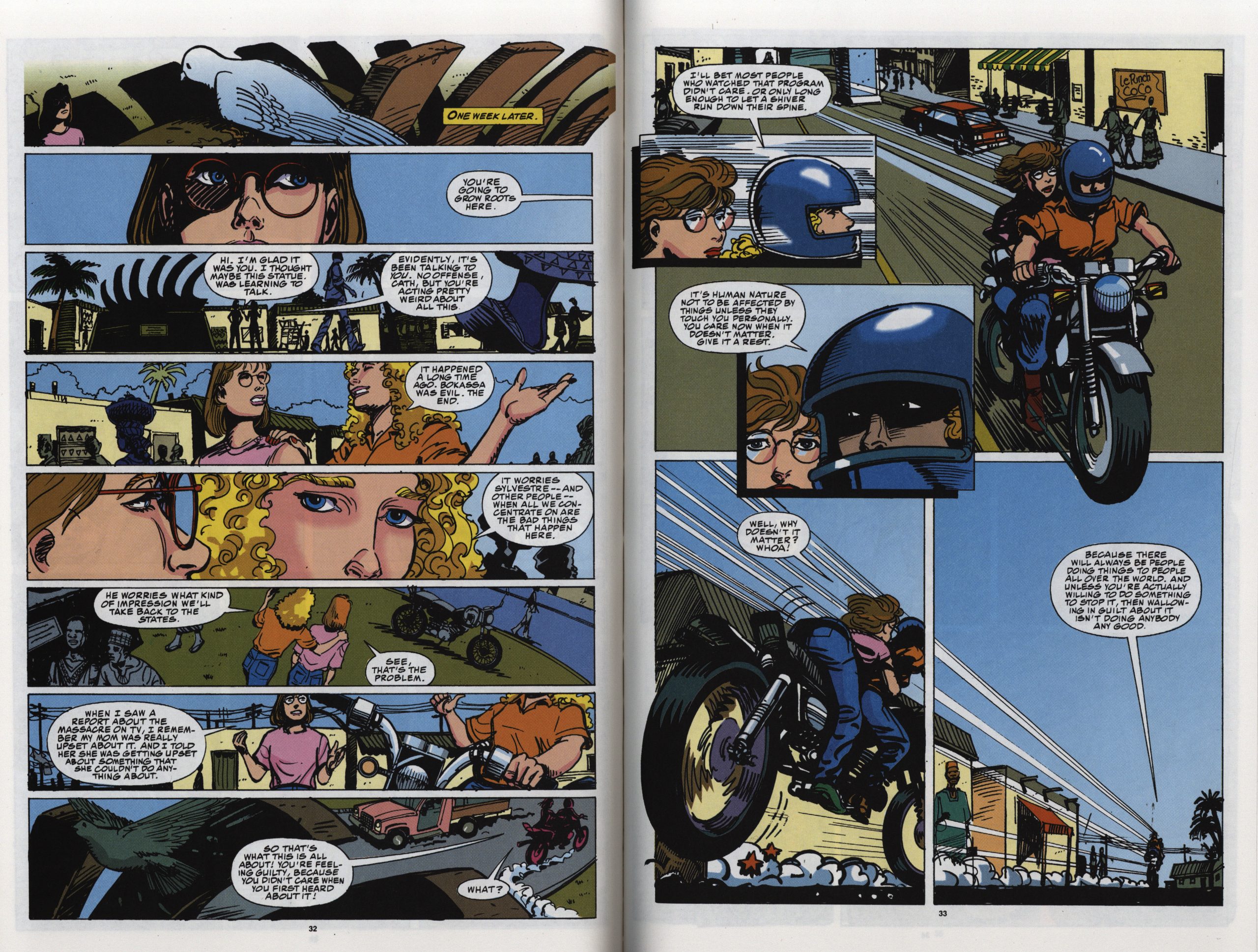 But I haven’t even mentioned Seitu Hayden’s artwork. (If I remember correctly, “Seitu” just means “artist”?)

OK, his figures are a bit stiff, and have a kind of mainstream sheen that’s perhaps odd for the subject matter. But for a book with a lot of pages of people talking to each other, Hayden manages to come up with one different layout after another to keep things moving along. I think he’s got an eye for pacing and keeping the eye moving. (Although perhaps that angle of the motor bike wasn’t the best.) 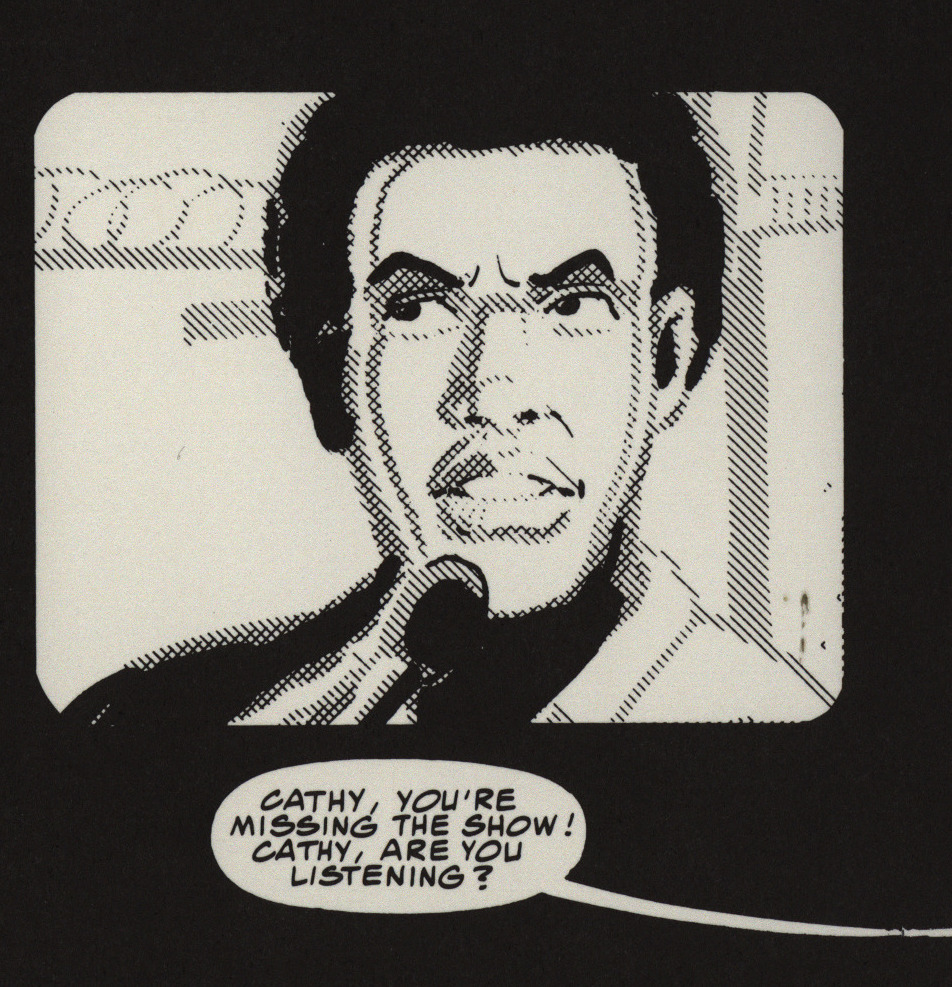 The book is told in a very straightforward manner, which made the last page (printed on the inside back cover, after some pages of backmatter) a real surprise. Because it explains a plot point that I thought had been left unexplained when the story proper ended.

So… these books aren’t perfect, but I like them a lot. (And the first one more than the second.)

WORKING FOR EPIC
After discussions, everyone agreed to
make The Temporary Natives a one-
shot, 48-page special which featured
the characters, incidents, and general
thrust of the ongoing series, but would
stand on its own from Tales. “You
don’t have to read the Slave Labor
tions to know what’s going on,” Dan
Chichester promised. “It’s a com-
pletely self-contained story that works
on its own.”
Slave Labor, of course, had no prob-
lem with the temporary defection,
which was a great opportunity for
some well-deserved and
exposure.
Chichester was the initial editor, but
left his position at Epic before
the project was completed. However,
his was the hand that guided Raff and
Cindy through this unexplored terri-
tory.
At Entropy and Slave Labor, Raff
and Cindy had the privilege of editing
themselves. Though it was different
at Epic, Raff felt,.
“If I wind up do-
ing more work for anybody else and
have to deal with an editor, I hope to
God that they’re all like Dan Chi-
chester.
“This man made it so easy for us
to write this thing. He didn’t push; he
just read our script. He had some
questions and we based our revision
on his questions.”
Cindy expected “a million chang-
es,” but found all of Chichester’s sug-
gestions to be valid. She knew he
must’ve seriously considered the
script.
Raff also acknowledged the in-
valuable aid of Sara ‘Iüchinsky, Dan’s
assistant, who made working with a
big company an easier experience.
Marc McLaurin is taking over for
Chichester and will put the firiishing
touches on Natives.

Apparently the plan was that they’d continue the regular series over at Slave Labor, and a couple issues did appear, I think? But not with artwork by Hayden.

This is a pretty strange take on it:

Further, when Cathy discovers a comic book adaptation about the atrocities in her dorm (a Hamlet-esque move, I presume), she muses, “Who wants to read a comic book about superheroes?” The commentary is lost on me, as it comes too deep in the issue to make a significant satiric impact. I’m already invested, genuinely interested. Why question it, or even make light of it? By the early nineties, the modern “indie comix” movement was in full swing. Bloodlines is a unique title in its historical relevancy, but not its overall presentation.

That’s not what she says! 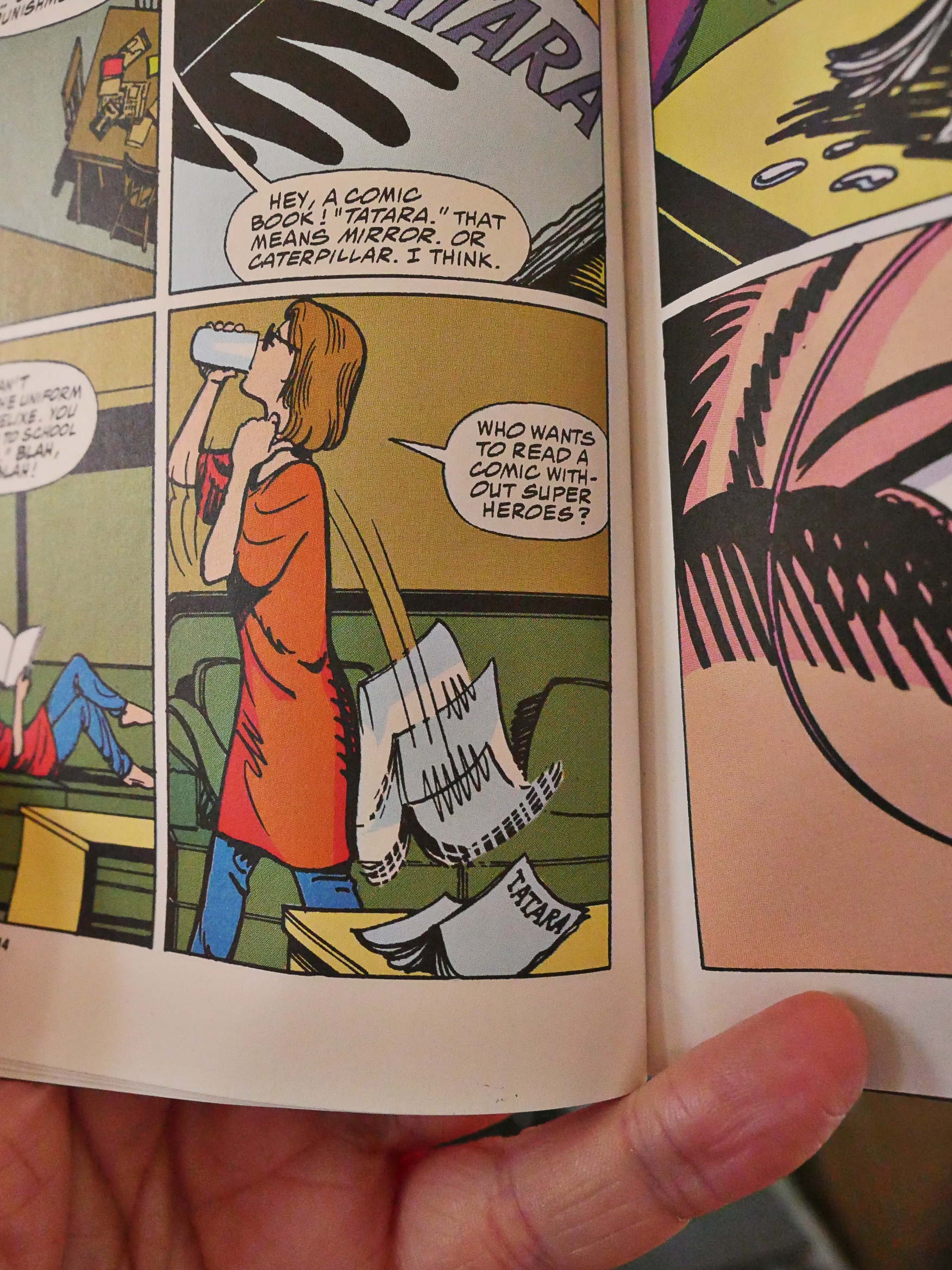 “Who wants to read a comic without superheroes?”

Basing a review on a misreading is kinda odd.

Unfortunately, neither the Tales from the Heart series, nor these two books, have been collected and reprinted.

I must re-read the series one of these… years…