OK, the tagline here is perhaps just a smidgen too apposite for April 2020: “A Killer virus unleashed in a bizarre futureworld!”

Hm… oh dear. This is another production from Marvel UK, apparently. The track record for those has been… not very reassuring? Sure, the comics coming out of the US Epic offices haven’t been stellar, but most of the UK comics have been pretty dire. 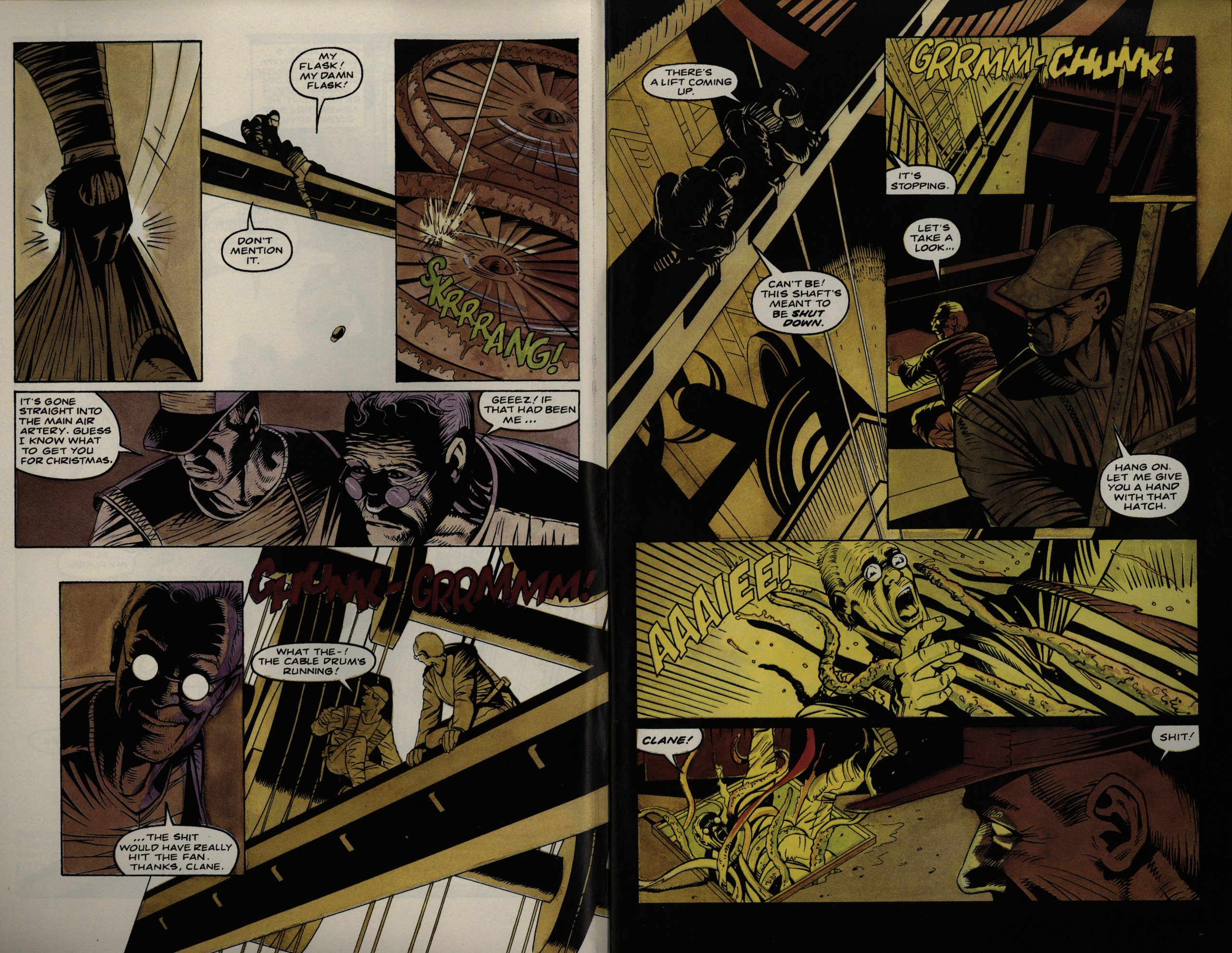 But but but… This is good. I mean, look at the extremely efficient shorthand used on these pages to establish the personalities and relationships between these two characters. It’s not original or anything, but it’s good craftsmanship.

And then we descent into ultraviolent action just like that, without any preamble. *thumbs up emoji*

The artwork’s also totally on point for this sort of thing, with exciting angles and a sense of real danger and depth, and for some reason I’m really taken with the depiction of that old guy with the glasses in the left lower panel. It’s fun and freaky. 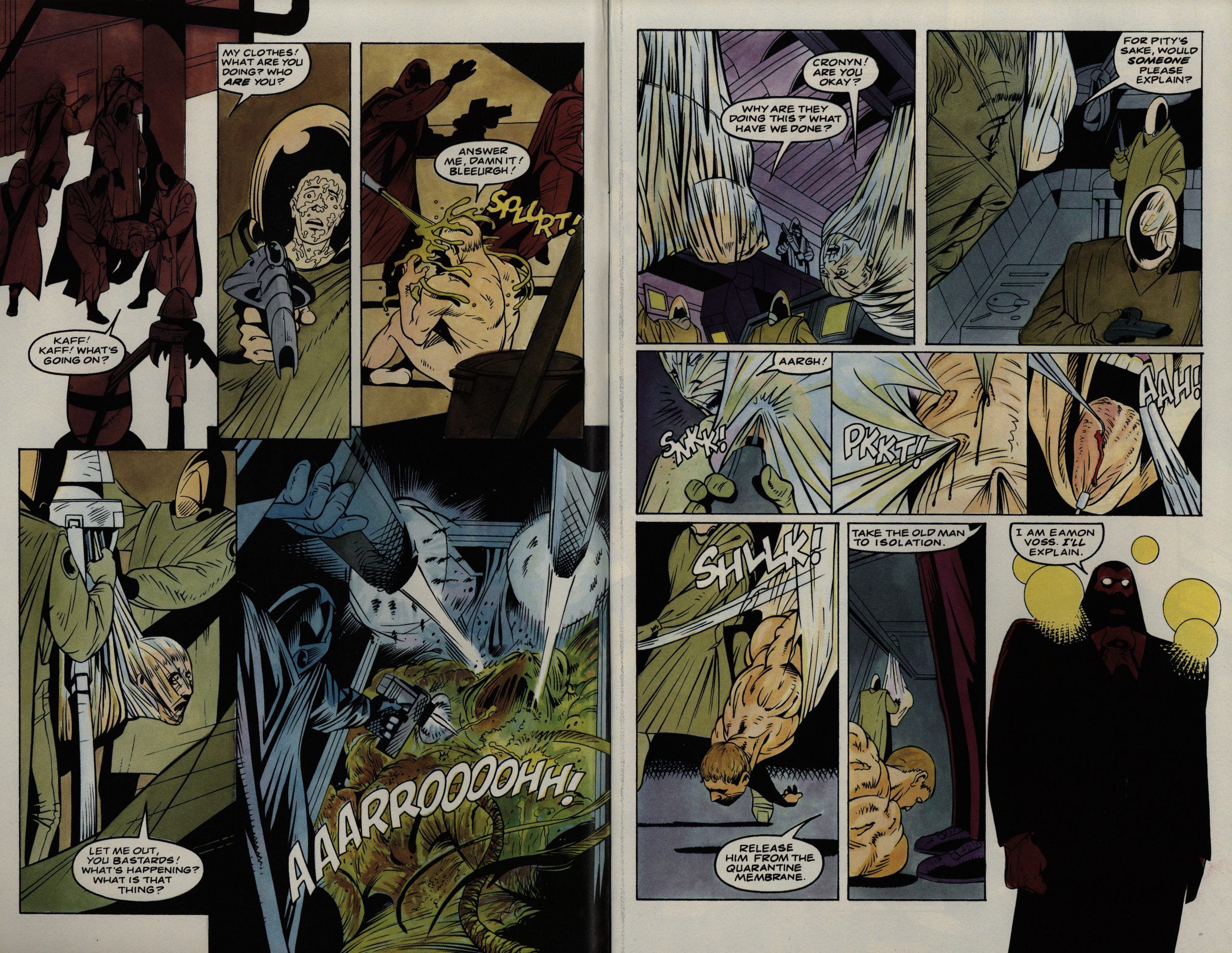 There’s plenty of gross-out action here, as befits a horror sci/fi thing, and I don’t think it goes way overboard… but it’s probably the most graphically violent book Epic had published to this point? (I’m not showing the most graphic stuff here, because this is a Family Blog, you know.)

I’m also fascinated by how well the artist shifts between detailed, realistic character depictions and the more stylised super-evil villain, often depicted as just that black hang-man outline in the lower right-hand corner there. It works, and it brings a welcome variety. 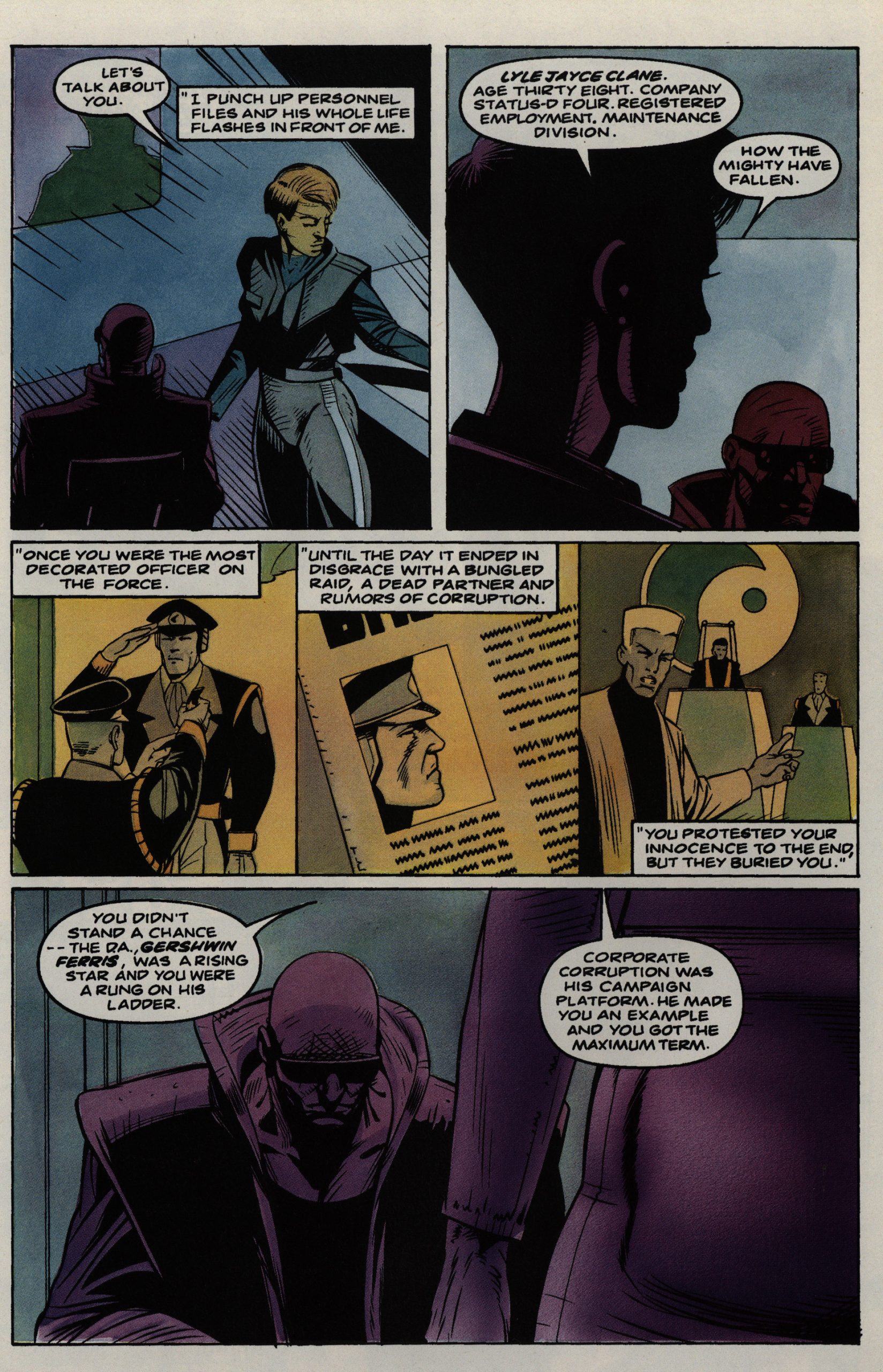 This is a three-issue series with ~26 story pages per issue, so there’s not a lot of room here beyond the A plot (which is about Our Hero being pressured into hunting down three people before they spread the corporate-created plague all over the city), but when I got to this page in the second issue, I feared that we were going to descend into a standard action movie second act where we learn all about Our Hero’s tragic childhood and stuff, but we basically just get a bit of background, and then it’s back to the plot again.

And the bits of background we get ties into the A plot, even.

This book is so effectively told that it was over before I knew it, and it even nails the ending. 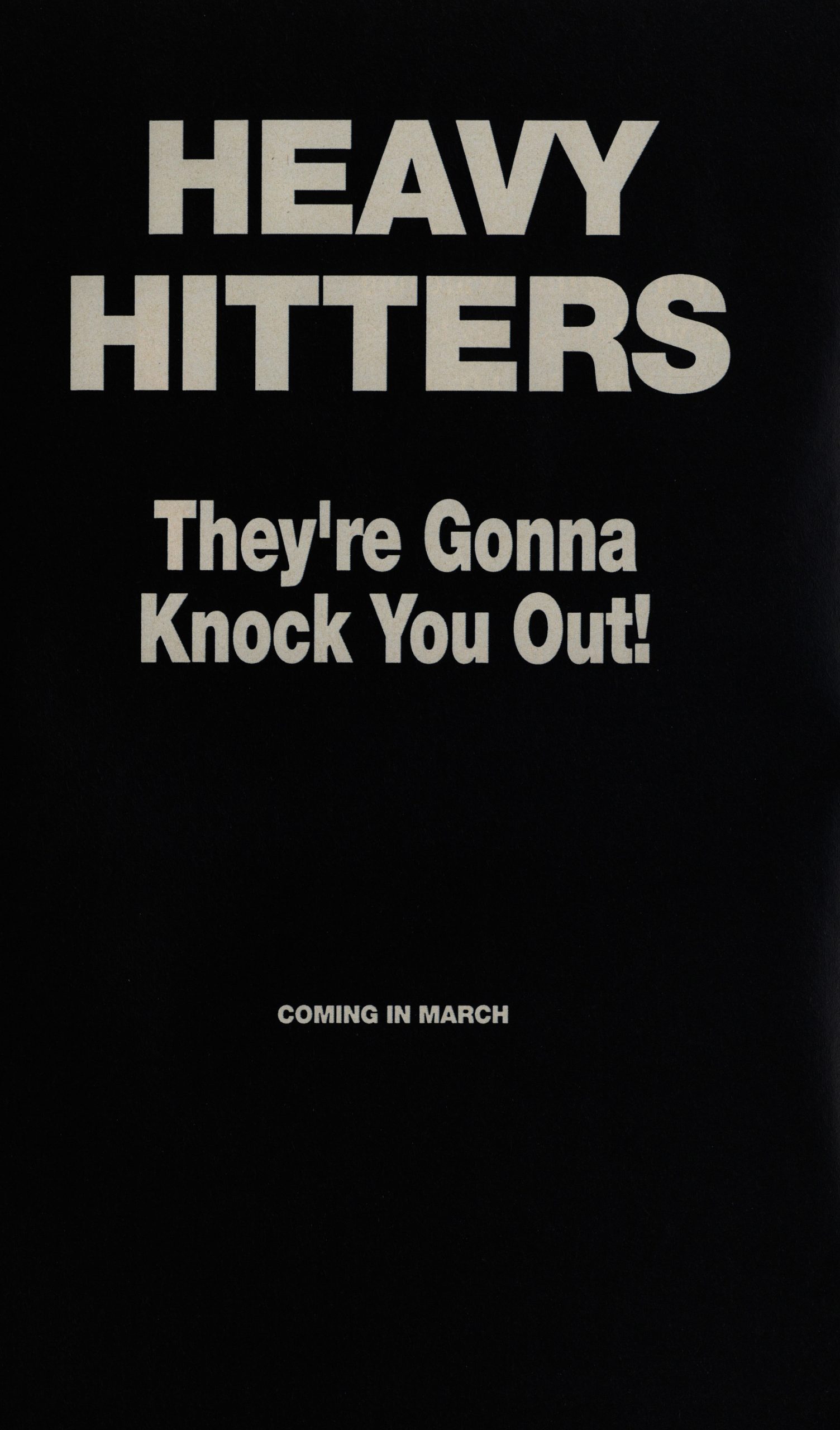 Uh-oh: They’re semi-rebranding the Epic line as “Heavy Hitters” soon, and my guess is that this means that everything is going all gritty and serious. Let’s hope my guess is wrong.

This book has unfortunately (and oddly) never been reprinted or collected. Very few Epic comics of this era have: I can understand that for most of the series (they’re bad), but I can’t understand it for this: It’s a perfect little thing of its genre.

Perhaps it’s just too short? At just 79 pages, I guess it may be a hard sell these days…

Or perhaps nobody has read it: I was unable to find even a single review of it on the interwebs, and it was not discussed in Amazing Heroes at the time, either. Perhaps, since it was probably a Marvel UK-led production, it didn’t get much of a push in the US?