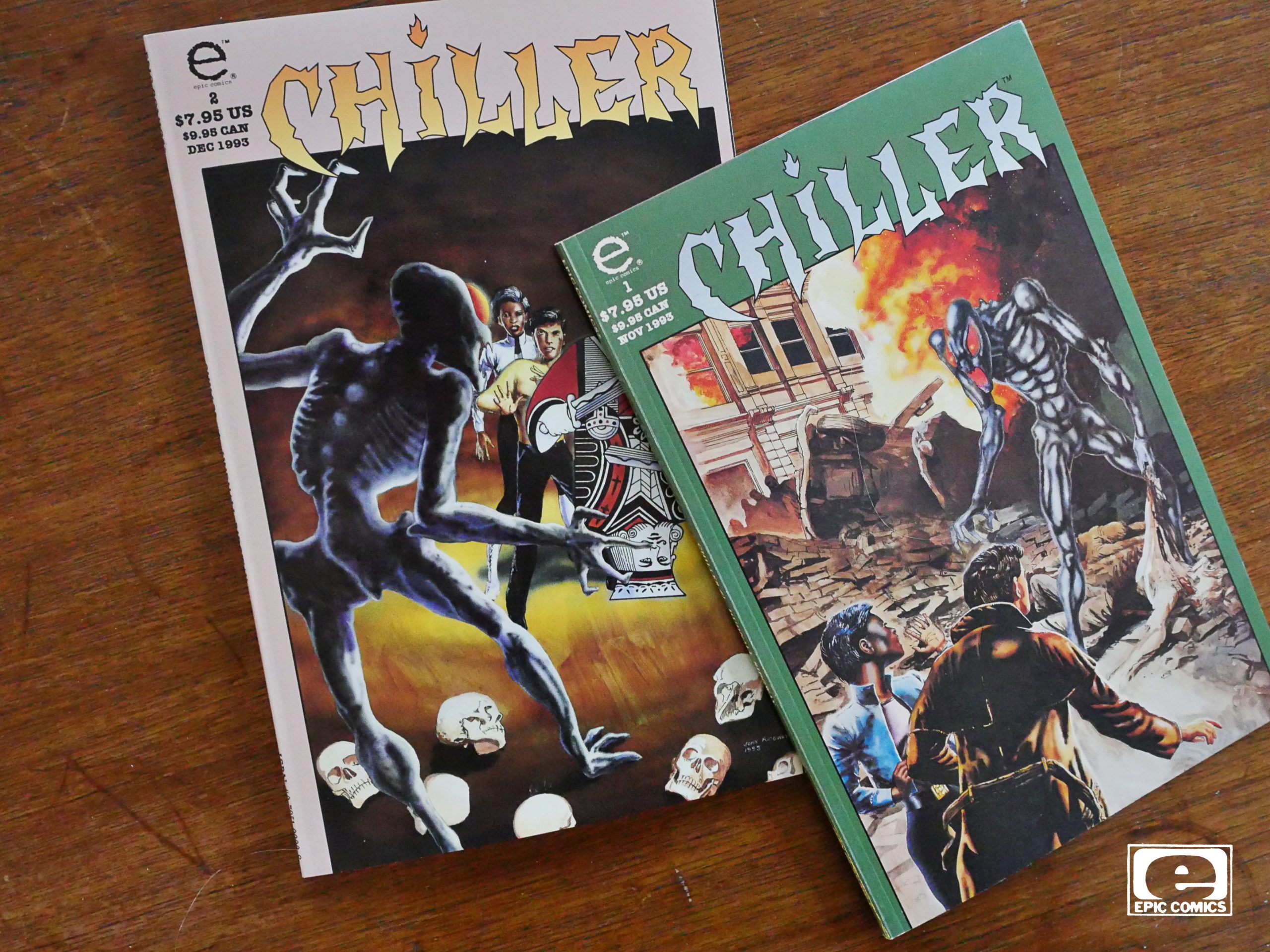 Hey! Hudnall and Ridgway! I like both of those guy, so perhaps this’ll be better than the previous two Epic mini-series.

It’s published in a format that’s slightly unusual for Epic: It’s two 64-page squarebound issues (at a no doubt scandalous $8 price point). Epic were mostly publishing four-issues 32-page floppies at this point, but I guess they were experimenting…

And this isn’t a “Heavy Hitters” book, either. 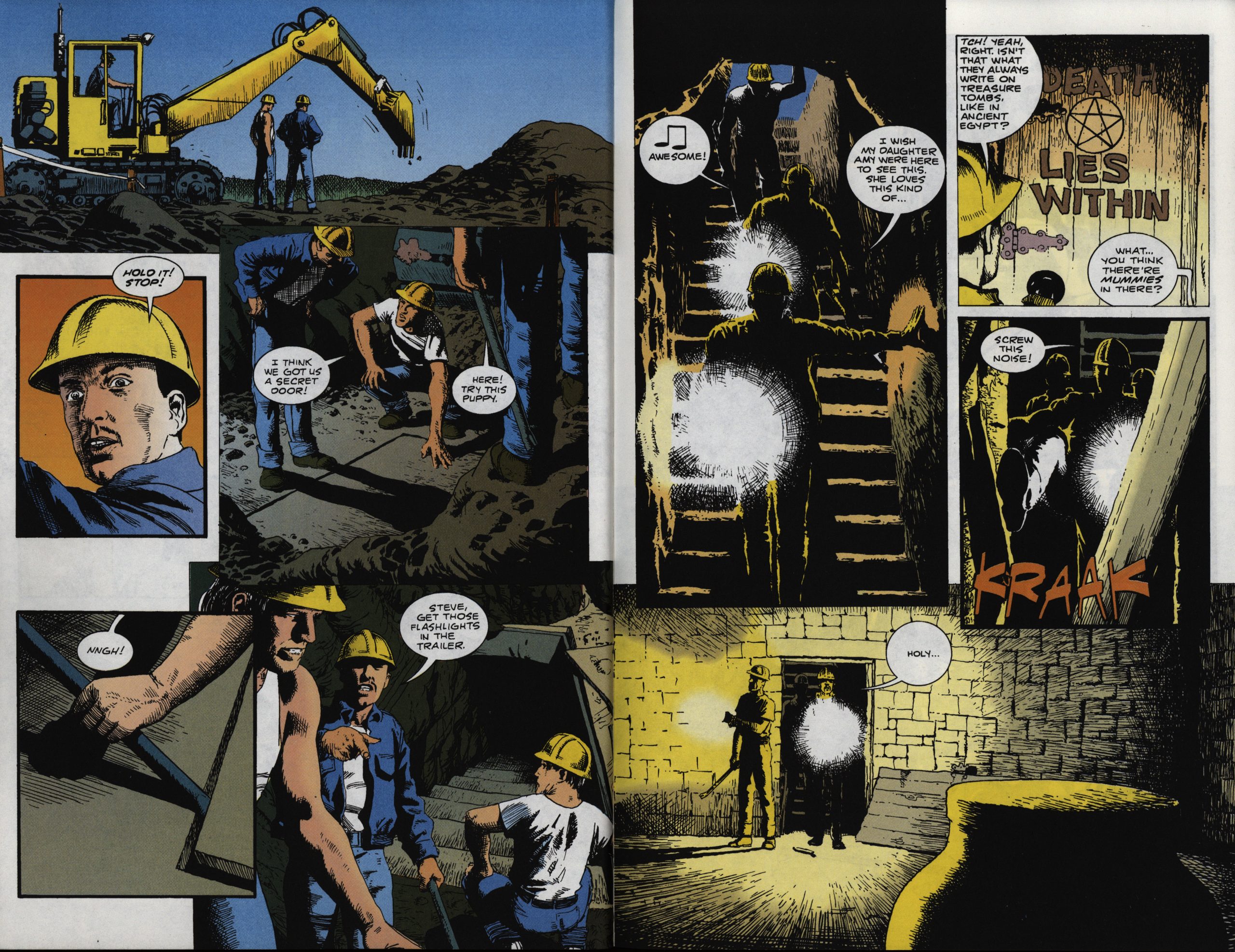 Nice. I like Ridgway’s heavy black spotting. His faces sometimes go off model, but the lines have a solidity to them that’s pleasing. And you get a sense of place: This is underground, and it feels that way. 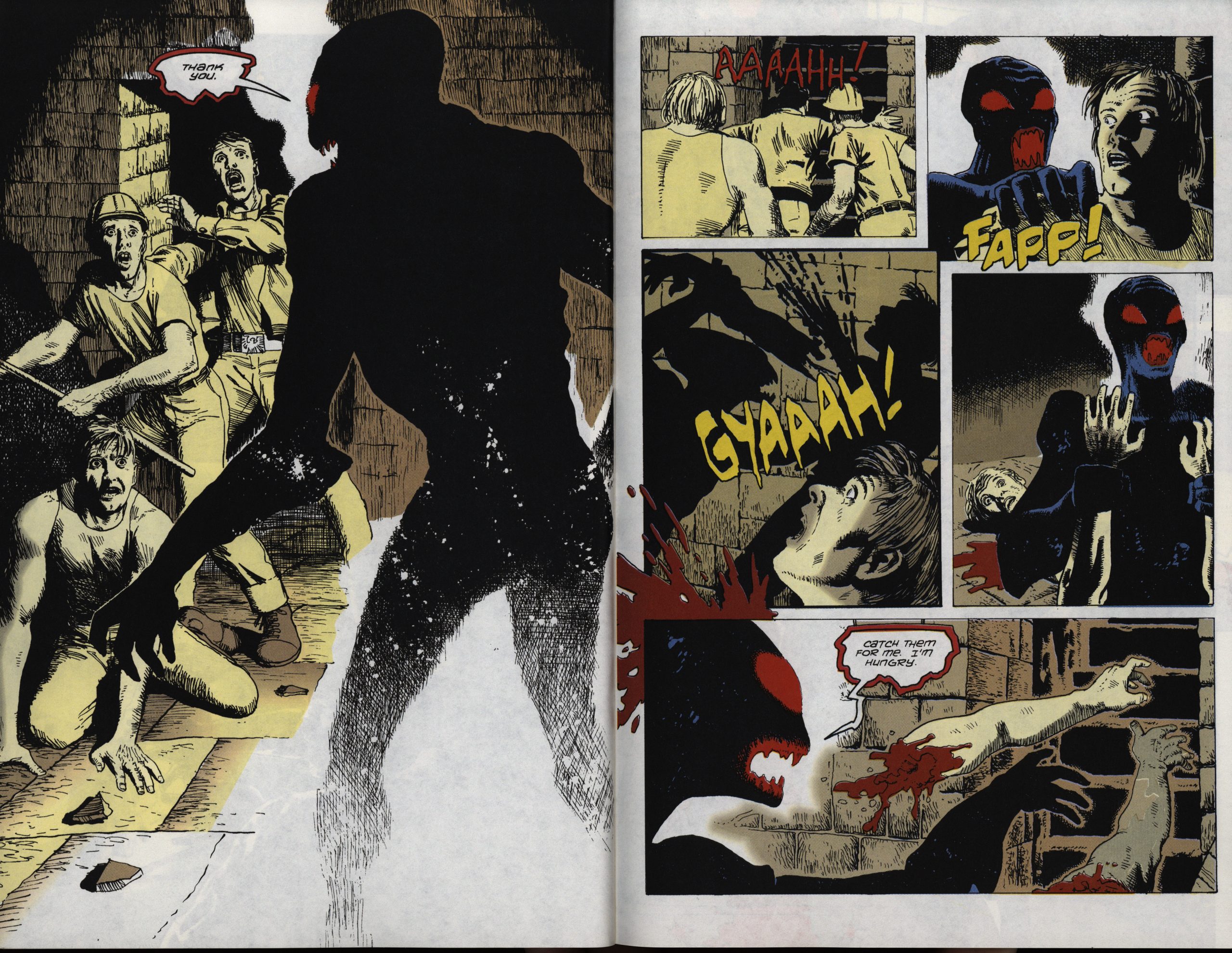 Some hyper-violence (it is 1993, after all), but I like the deranged action here (with the floating arms and stuff), and I love that monster design, with those huge red, featureless eyes and that sloppy mouth. 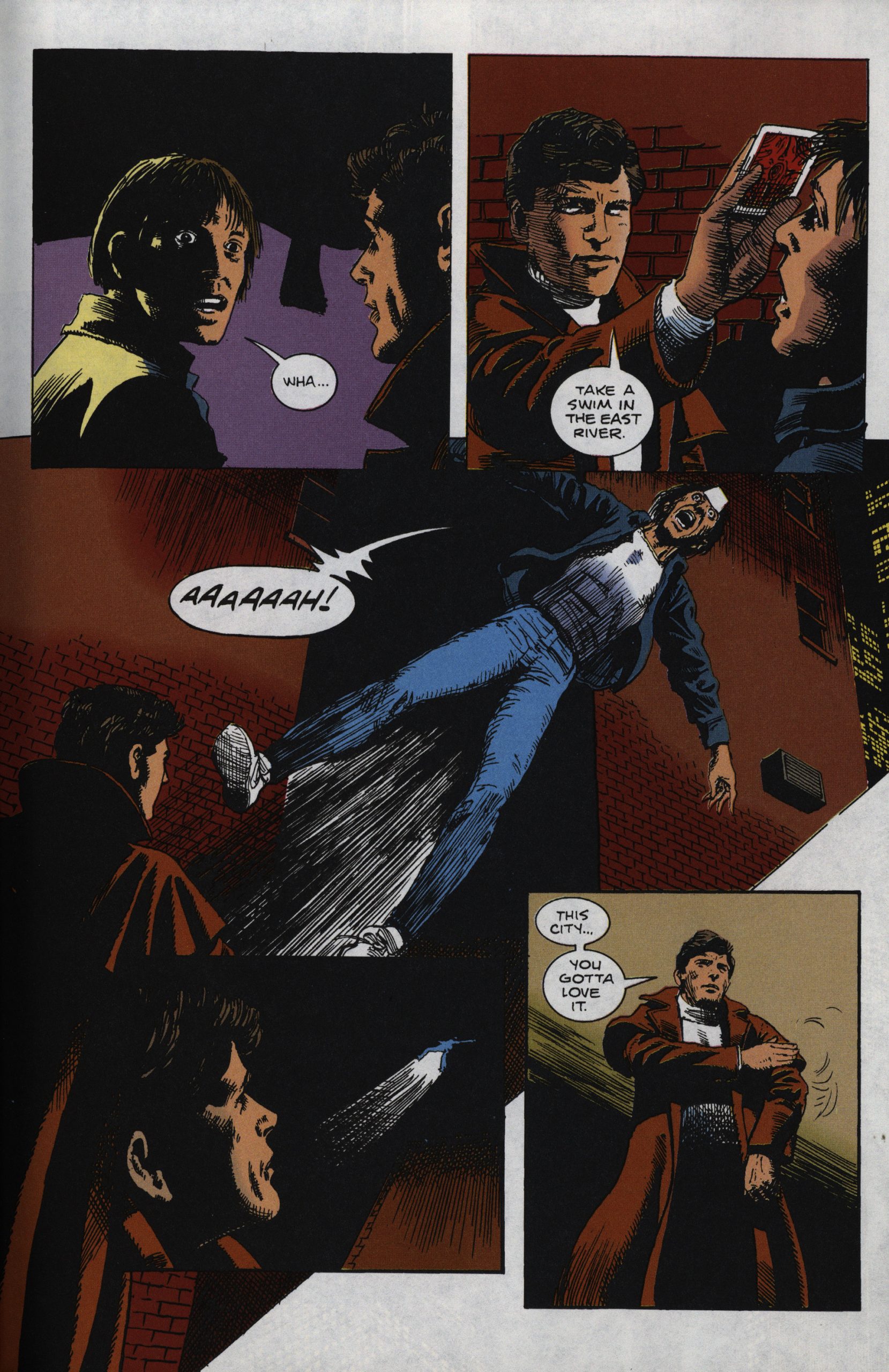 The protagonist of the book is a magician with… magic powers. It’s pretty close to being a super-hero, I guess. 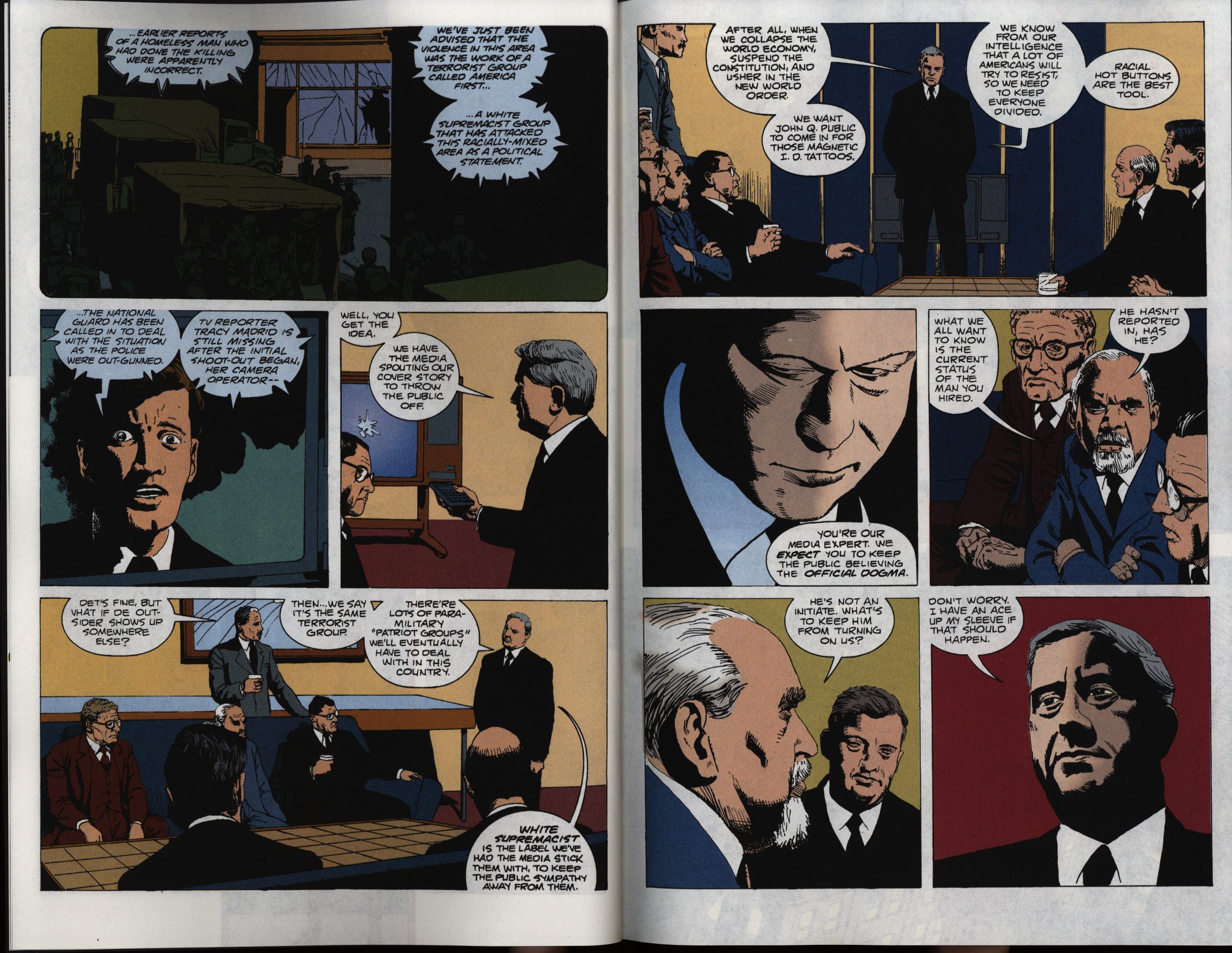 The first issue was brisk and fun: Lots of new, slightly odd concept thrown at us, told via Ridgway’s super-clear humanistic artwork. The second issue, though, feels really unbalanced. We get pages and pages of explanations about what this is all about, and it is (of course) a world-spanning conspiracy etc etc. That’s fine, but it feels like very little happens… 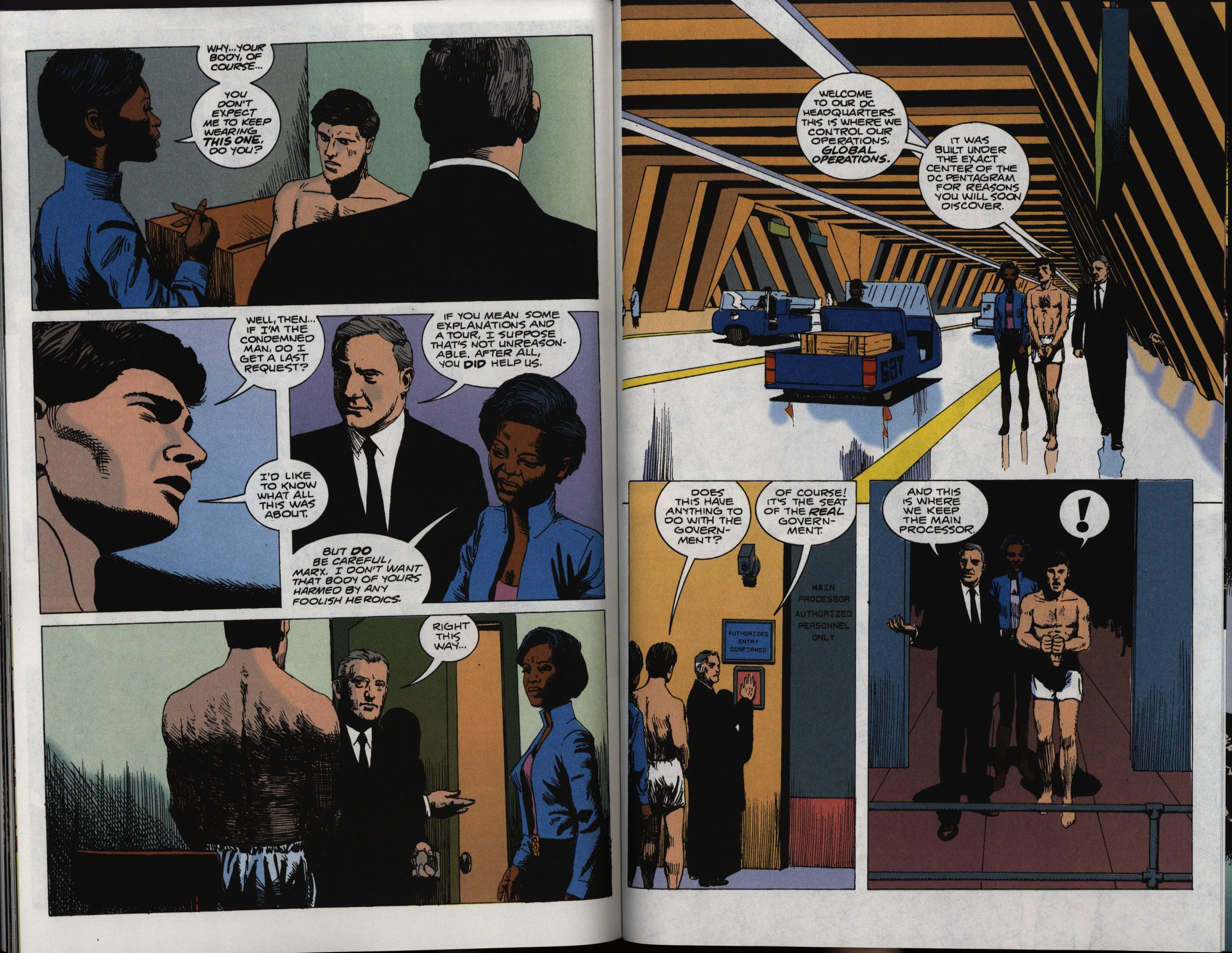 … until the denouement (which comes on the pages following this; I don’t want to spoil everything, right?) when everything is over in a couple of pages.

It’s something of a disappointment.

A collected edition was published by Image in 2001, and it can currently be bought as an e-book from all the normal places.

I was unable to find any reviews of it.