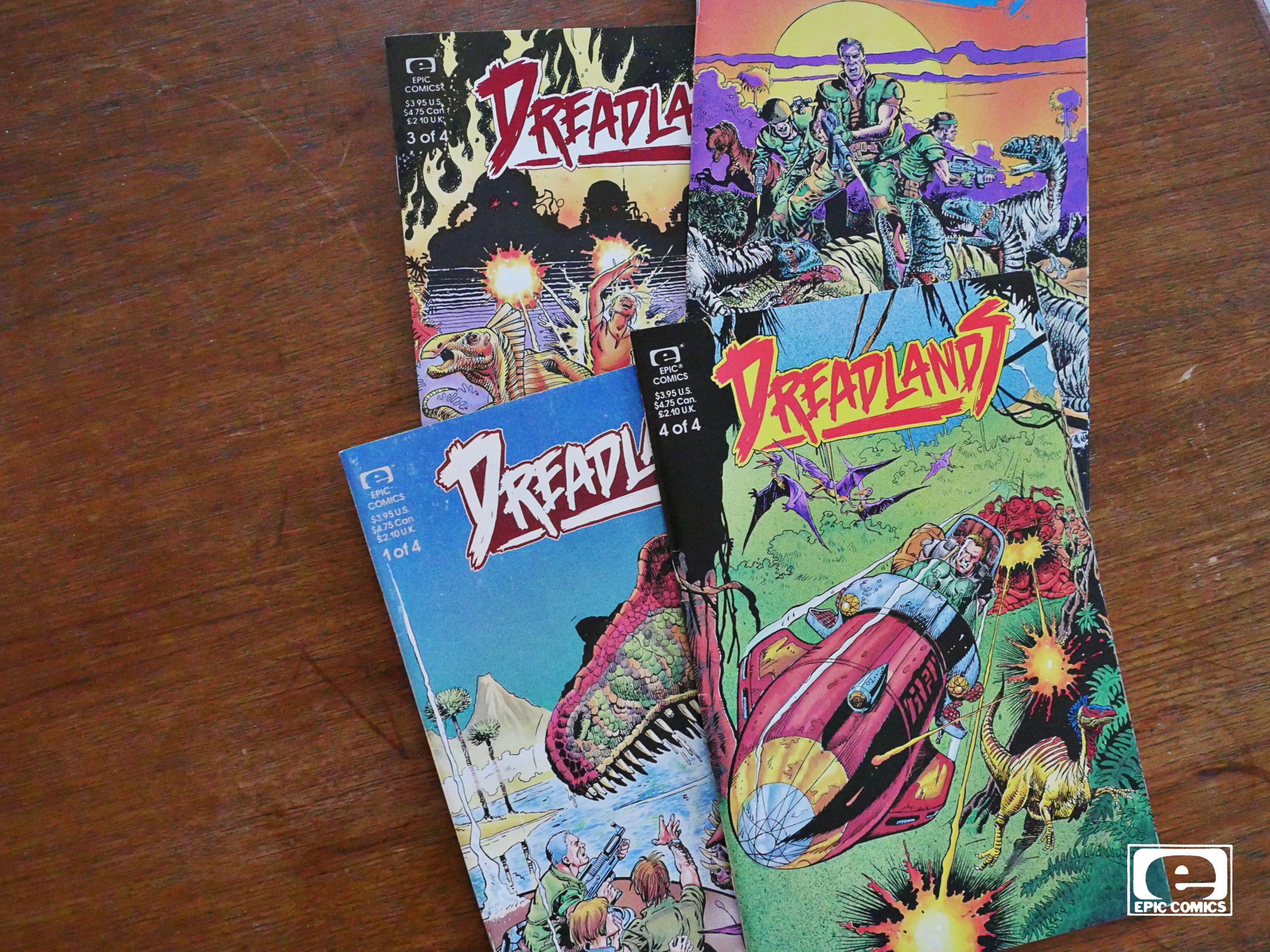 This is a four issue 48-page series, but it’s a series of floppies instead of the “prestige” format Epic used for the titles it had more confidence in.

I guess this came out of the British Marvel offices instead of Epic in the US? 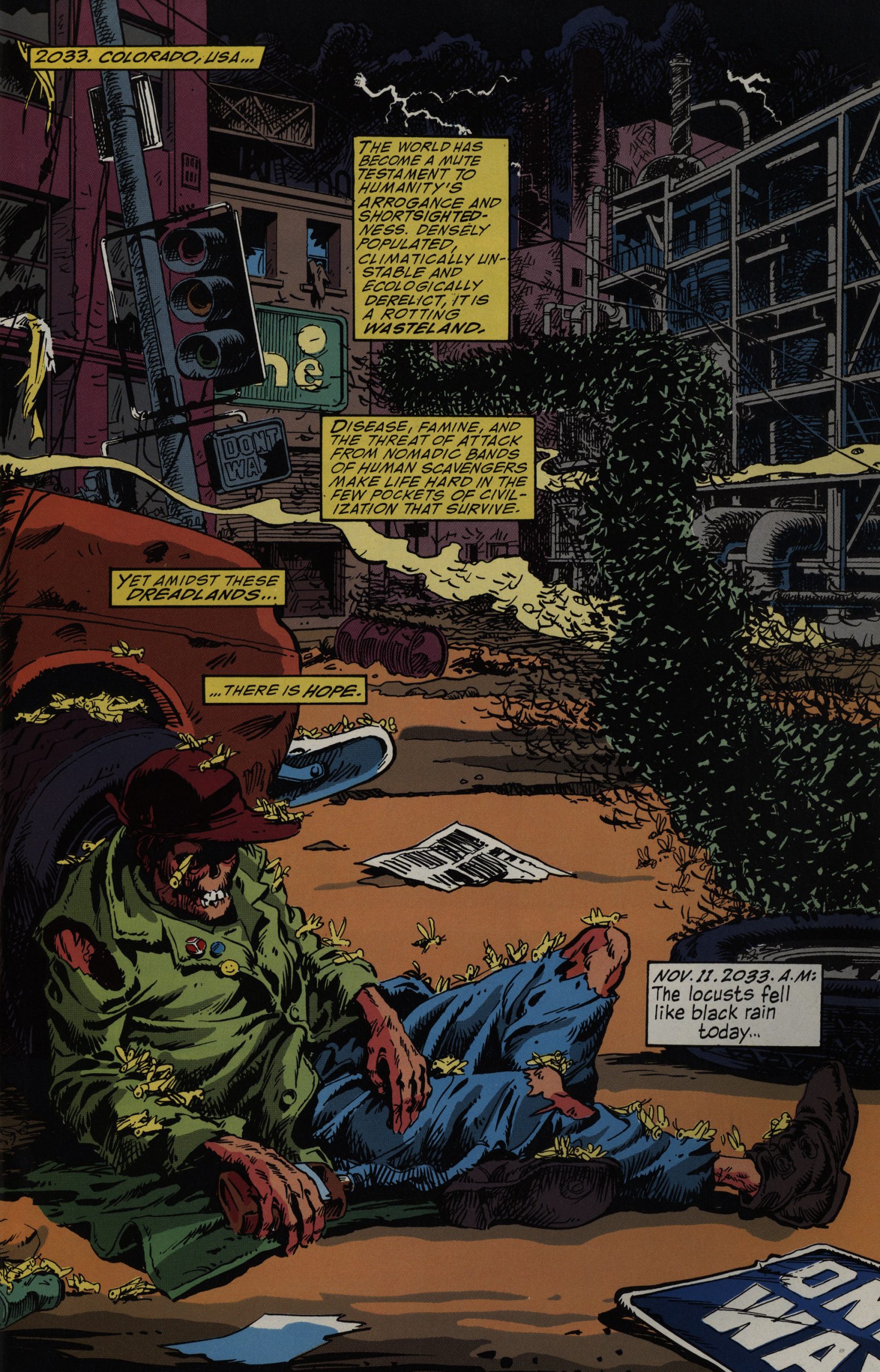 So we’ve got a basic post-apocalyptic setup… 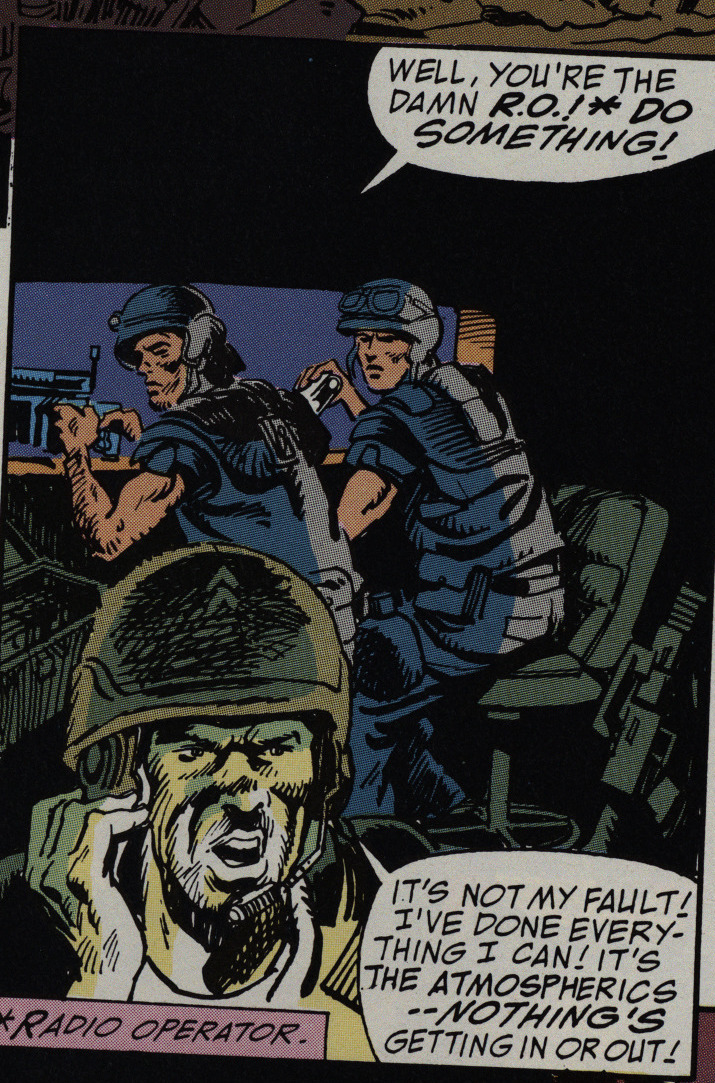 … with the final bits of human civilisation represented by a military/scientific gang of bunker dwellers that have a penchant for using initialisms when talking to each other. Sure; it’s a tried and true setup. 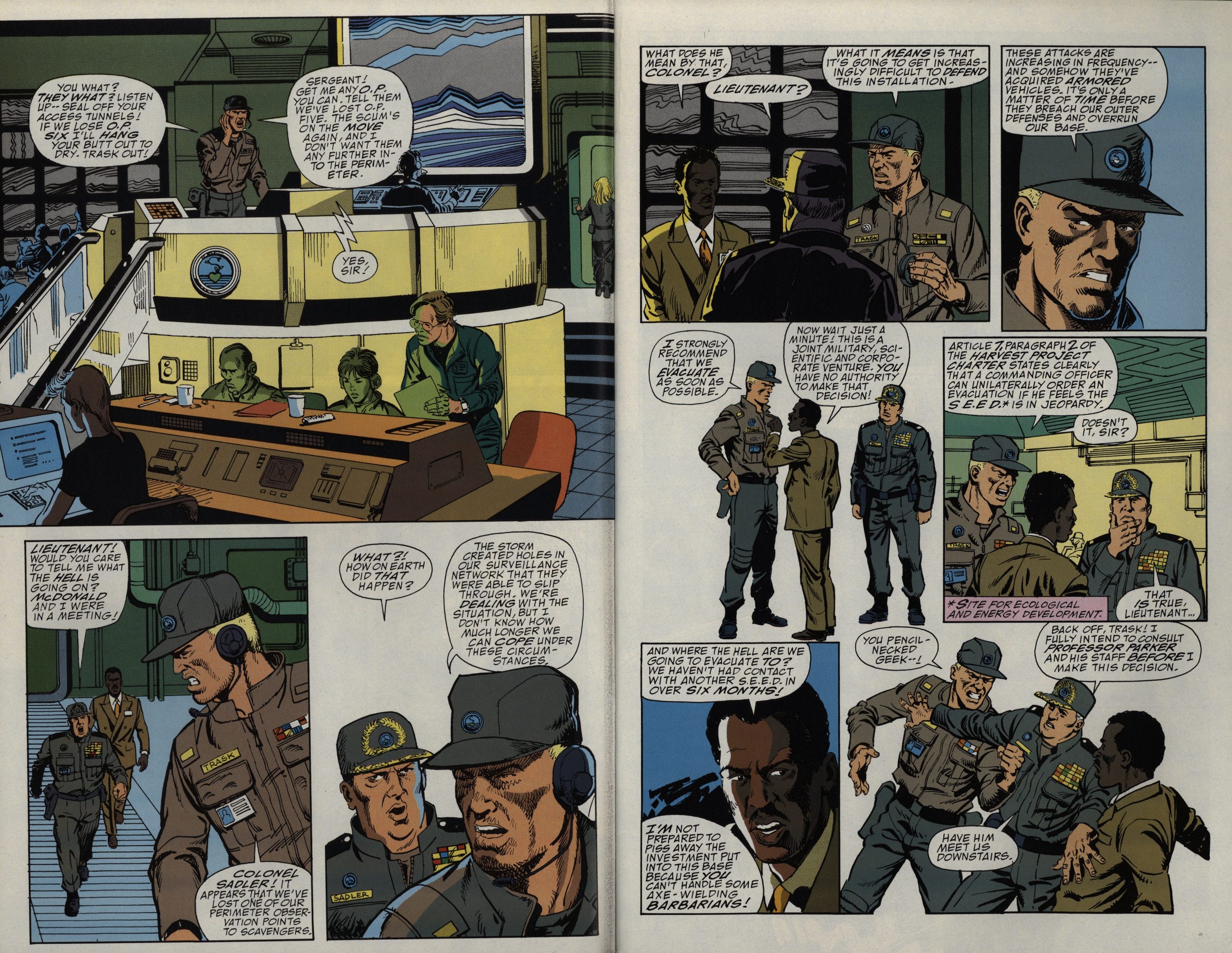 And, as you have to have, incessant bickering between the soldiers and the civilians. So far, so standard: This seems like it’s going to be a pretty knowing throwback comic that could have been produced any time between 1950 and 1970.

That they start a page of exposition with the literal words “as you know” and have one of the characters saying “we’ve all read the manual” made me wonder whether the creators here had taken it one step beyond “knowing pastiche” into “parody”, but I don’t think so? 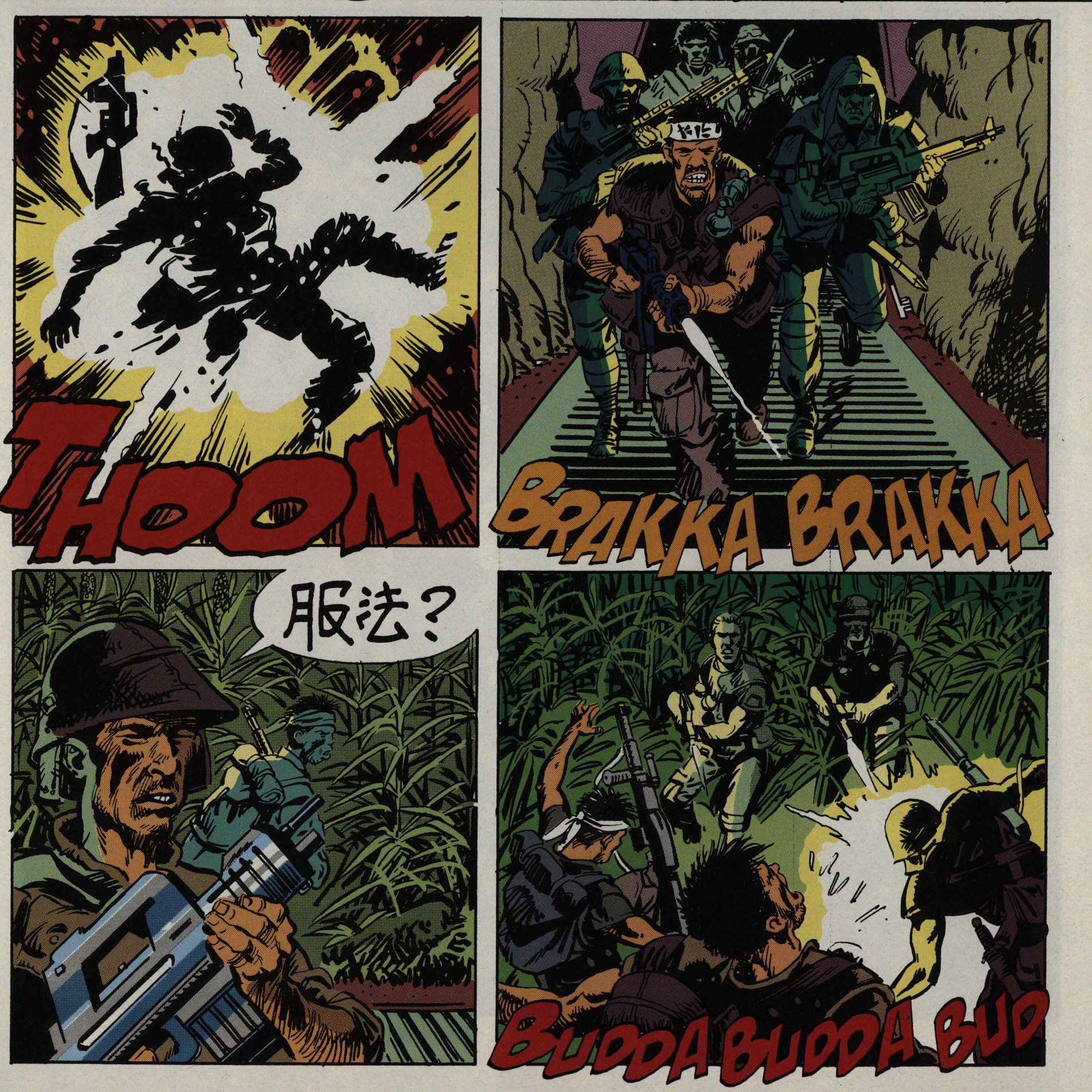 On the third hand, the invading hordes seem to be Viet Cong, so perhaps this is just what it looks like: A goofy genre exercise. 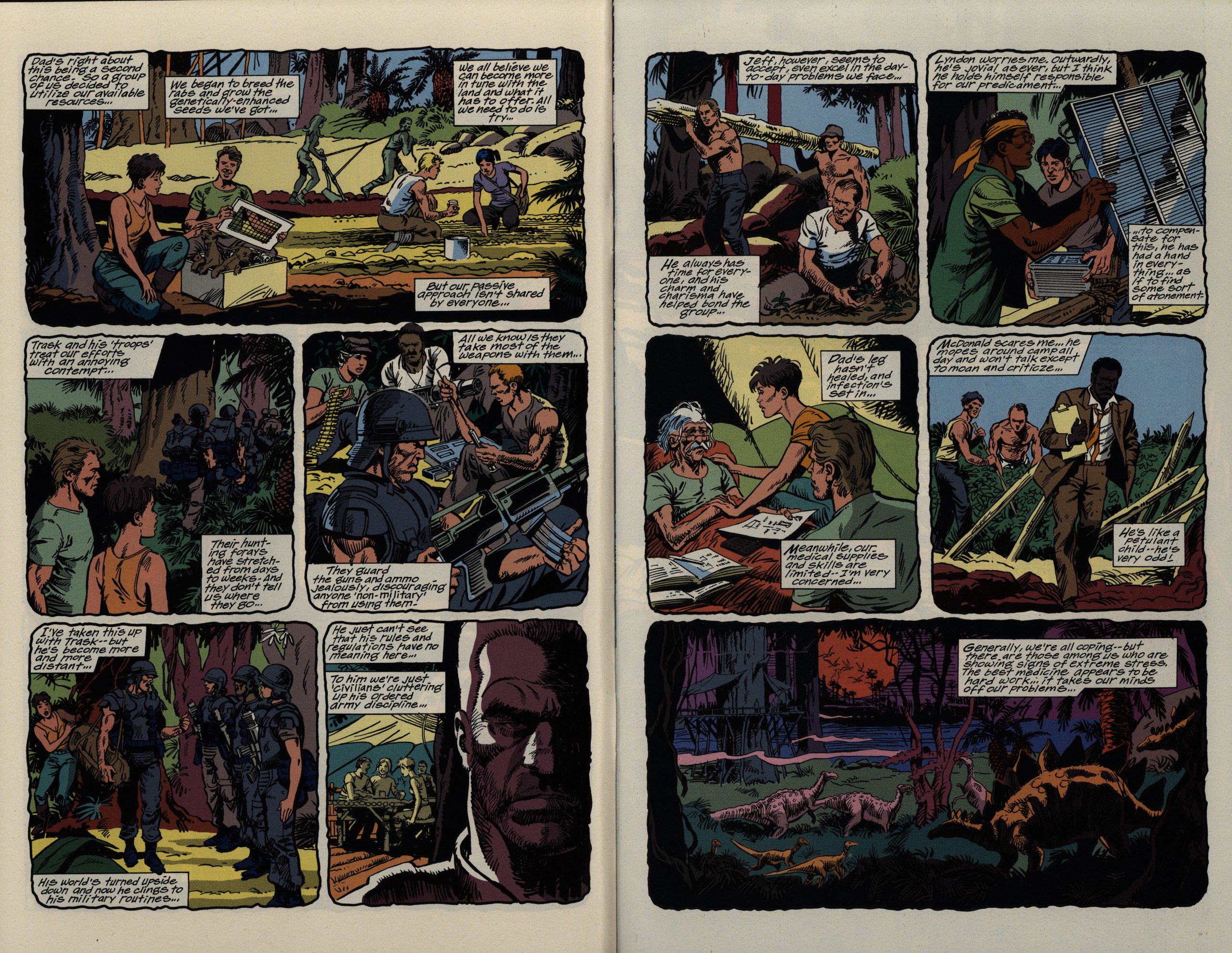 The structure of the book is pretty good: We start off in the future, setting up the characters and the situation, and then we’re yanked back 150 million years, and then we get other surprises. This does feel like it’s plotted out in advanced, and isn’t just a serial comic: It’s got a proper start, middle and end. I like that.

Gascoine’s artwork is pretty solid — the anatomy is good and it flows well. But it isn’t the most inspiring thing in the world. 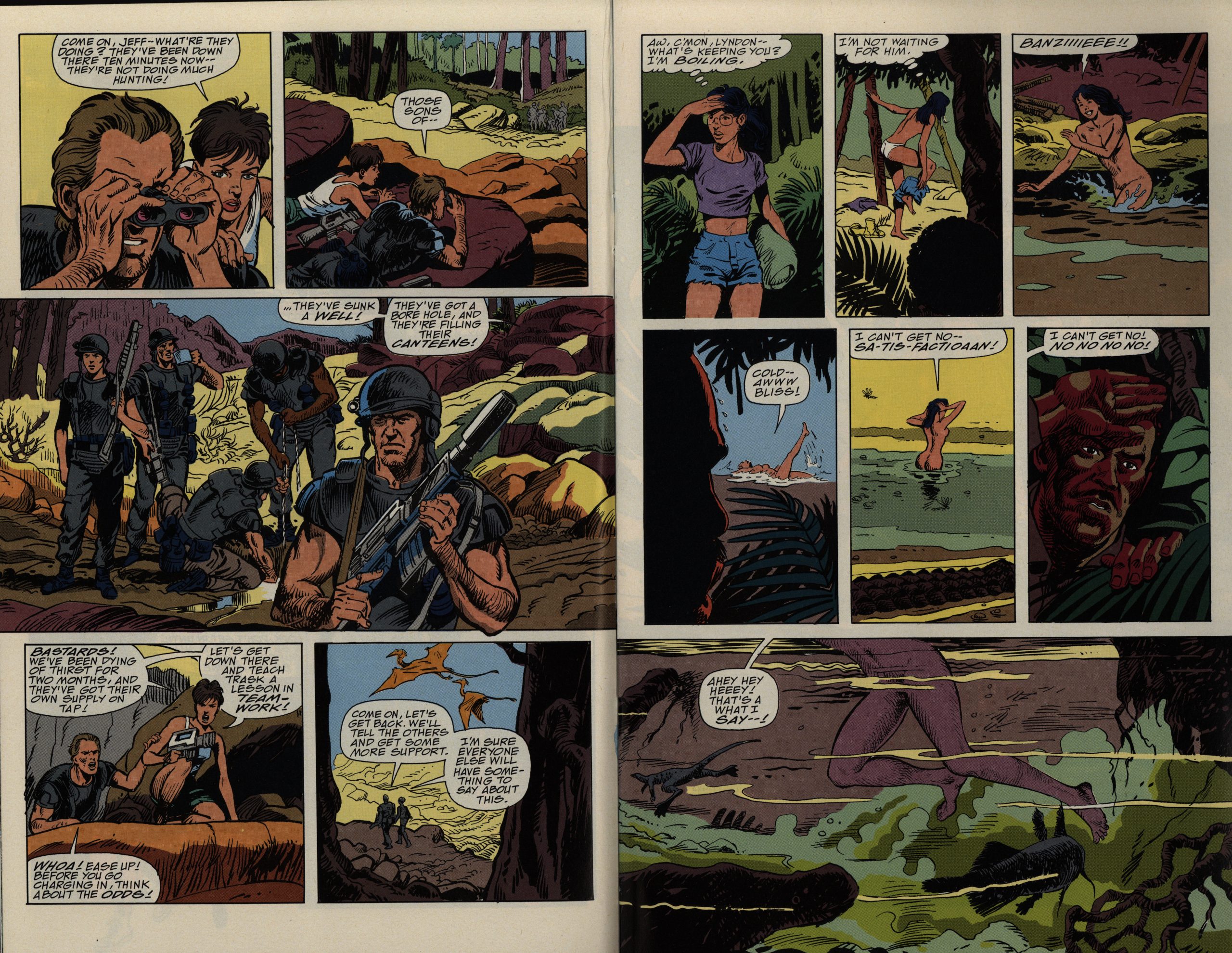 But it’s sometimes hard to take the relentless stupidity of the plot. For instance, the characters are in a temperate forest, but they apparently don’t have enough water to drink? You usually can just dig a bit and wait for the water to collect… which is what the Evil Selfish Soldiers have done, while the scientists have been “dying of thirst” for months.

And then in the next scene, we’ve shown one of the scientists (a female one, of course) taking a bath in… a pond… of water…

They have fire; they can sterilise the water. Hell, they can even distil the water. It’s… what… uhm…

(The woman is killed on the next page; the standard fate of women who have men lusting over them in these things.) 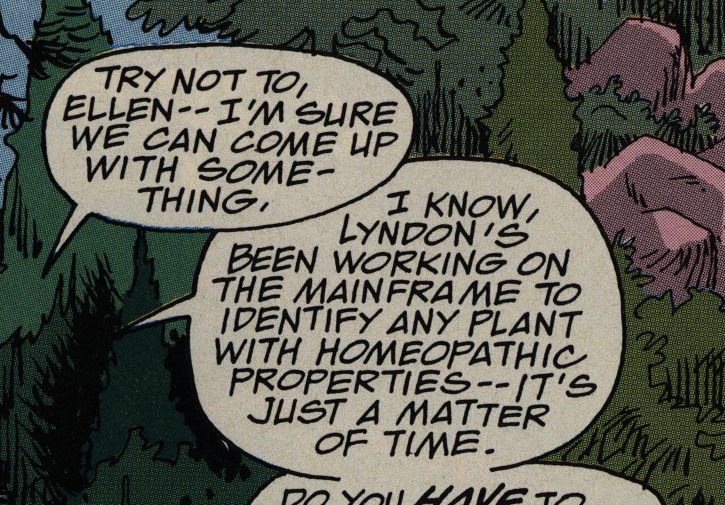 I guess they really have a thing for water? Now they’re going to make homeopathic medicines? 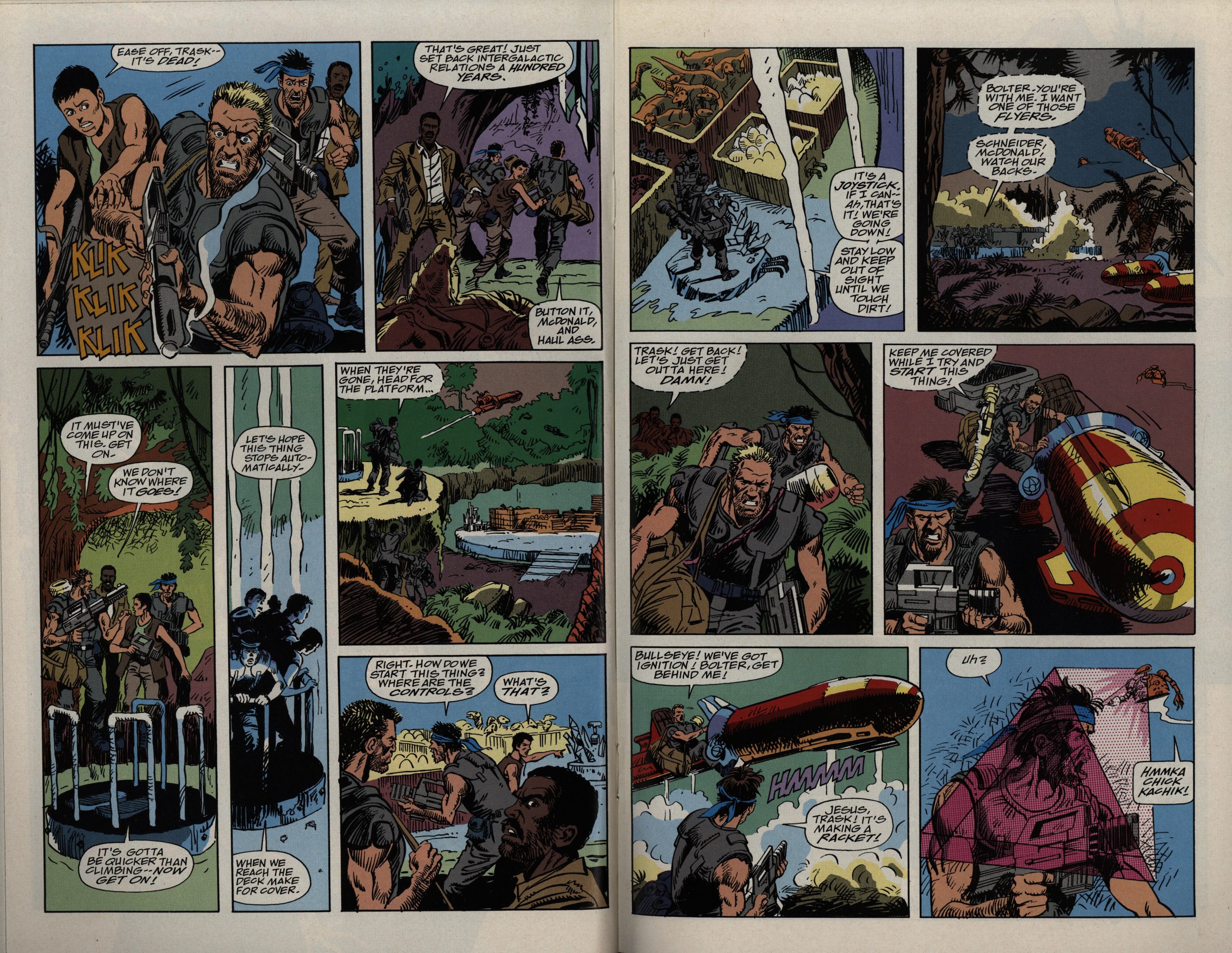 The comic becomes a lot more entertaining halfway through when they meet up with space-faring aliens, as one does. 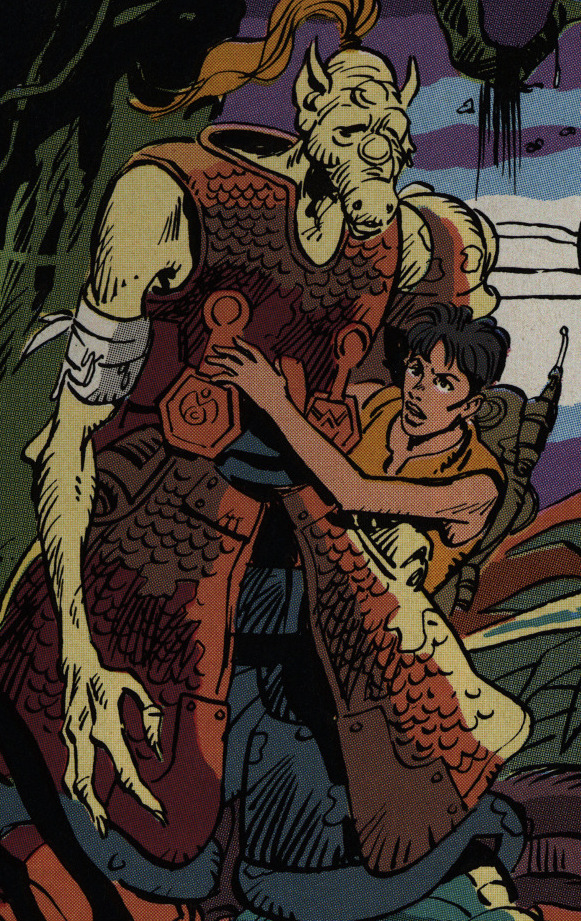 The aliens look totally like Jean-Claude Mézières drew them. 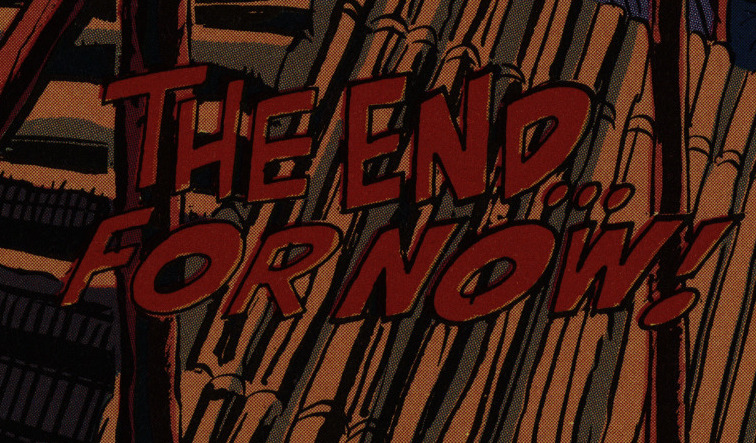 I don’t think there was any continuation to this book, and it didn’t really call for one, either. The ending was surprisingly satisfying and entertaining. It hasn’t been reprinted or collected, either.

While much is borrowed from other stories, Dreadlands works for what it is. The first few issues chug along nicely, telling the story of the future, the attack by the raiders and then the adjustment to living and making things work in prehistoric times. But things start to fall apart when a secondary arc is introduced in issue #3, which turns Dreadlands back toward science fiction. The focus shifts from survival drama to more battles and chases, relegating the best part of the series (the dinos!) to a mere backdrop.

I’m avoiding going into detail about the plot because there is a surprise twist in the middle that steers it in a totally different direction. Sadly, the twist actually hurts more than it helps. Before it occurs, Dreadlands is a pretty good tale about people trying to make the most out of the horrible situation they find themselves in. Afterward, the comic quickly devolves into little more than a series of gun battles and chase scenes, with the dinosaurs taking a backseat to all the other action.

I thought that was the good bit of the book, but whatever.