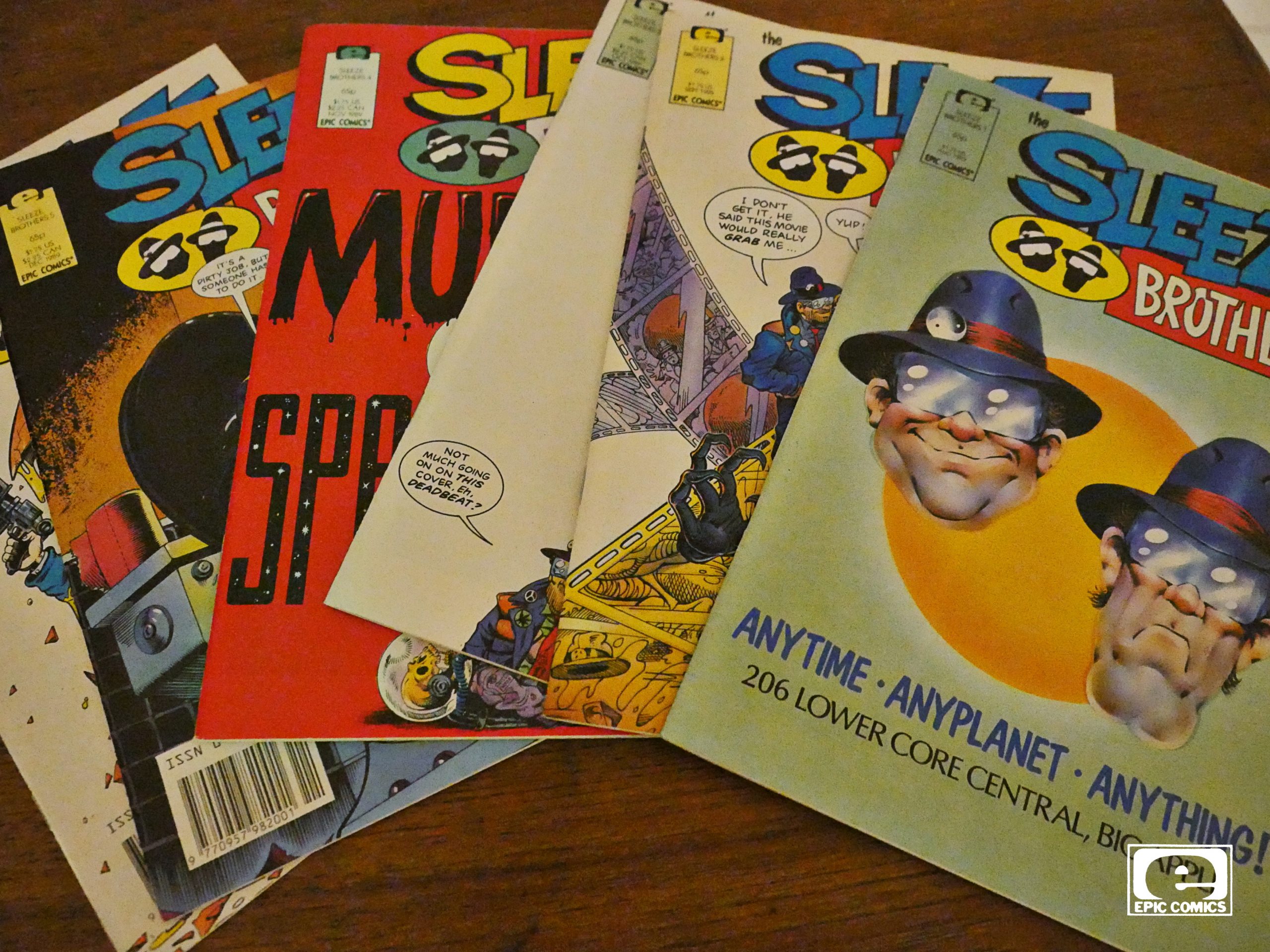 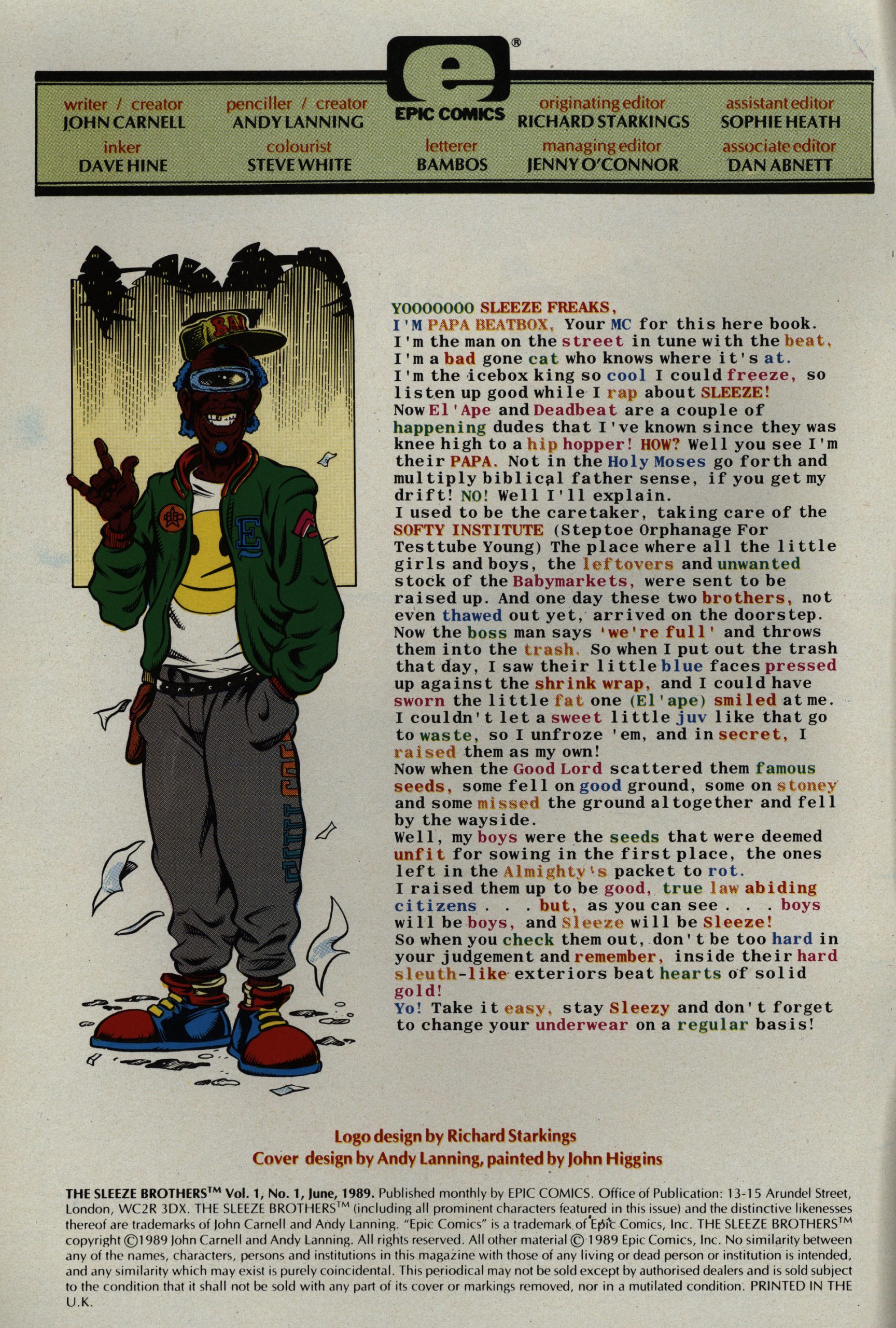 Gosh. This is a Marvel UK production (although it doesn’t say so explicitly anywhere).

The characters were spun off from a Doctor Who comic strip by Carnell entitled “Follow That TARDIS!”, published in Doctor Who Magazine #147 (April 1989), though they are not generally considered part of the Doctor Who extended universe.

So this has nothing to do with whatever Epic was publishing otherwise, so I wonder why Marvel UK felt that it was important to publish a Doctor Who tie in under the “Epic” banner? Is it because it’s creator owner? 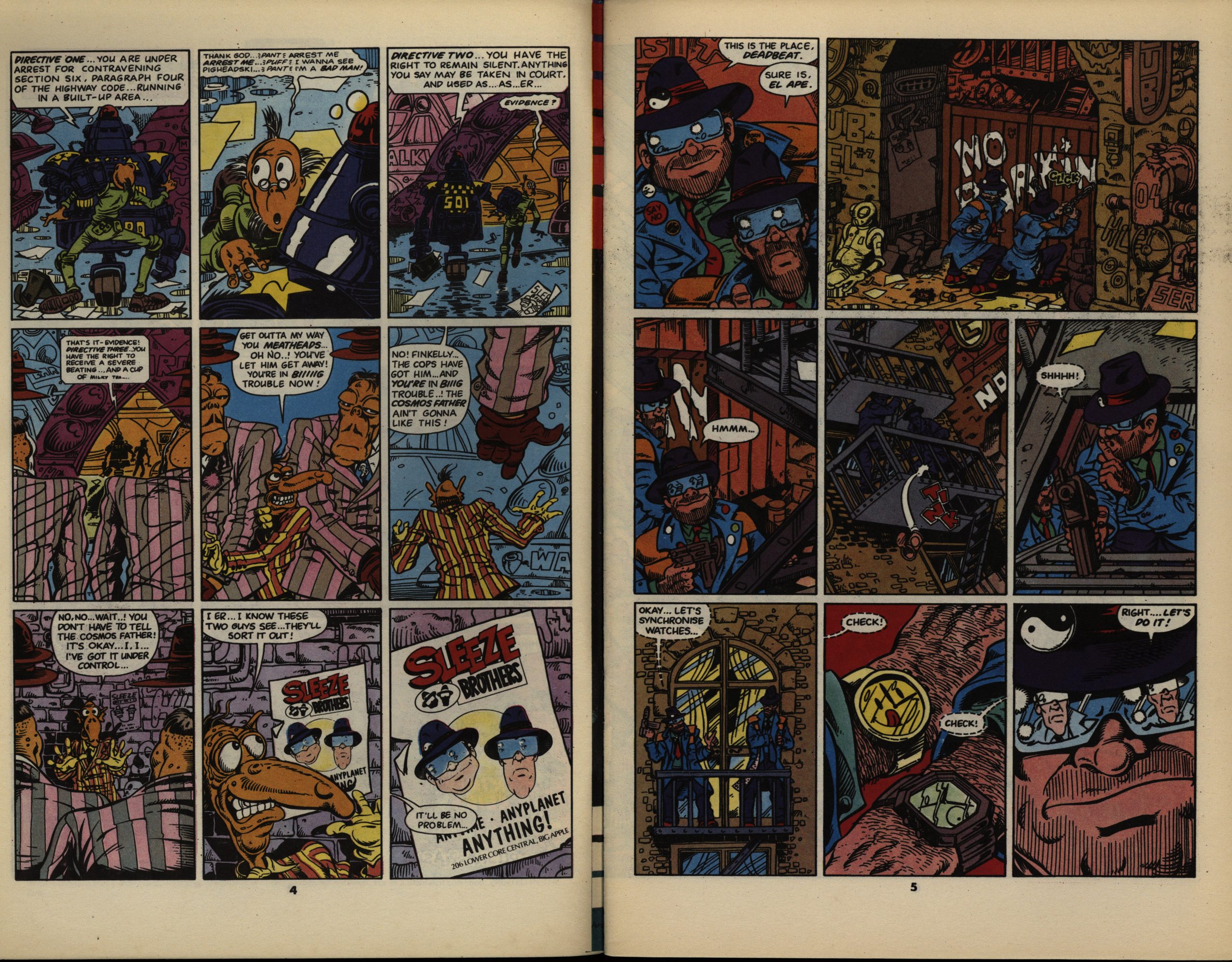 As you may have guessed from the title, the main characters are a take on the Blues Brothers. But in space. And as private eyes. No, I don’t even want to hazard a guess as to what random walk their brains did when coming up with this mash-up. 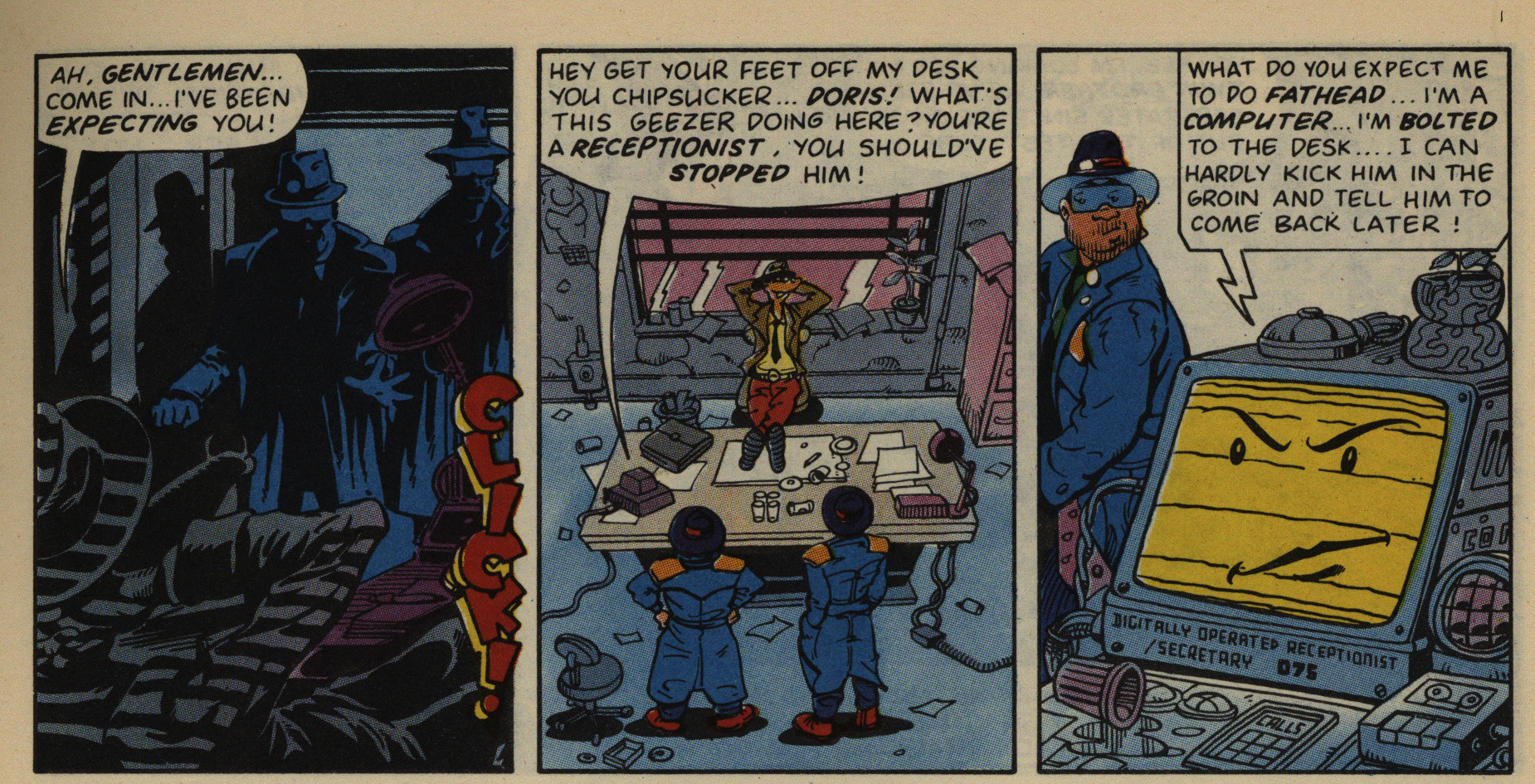 The jokes are strictly sit-com material. 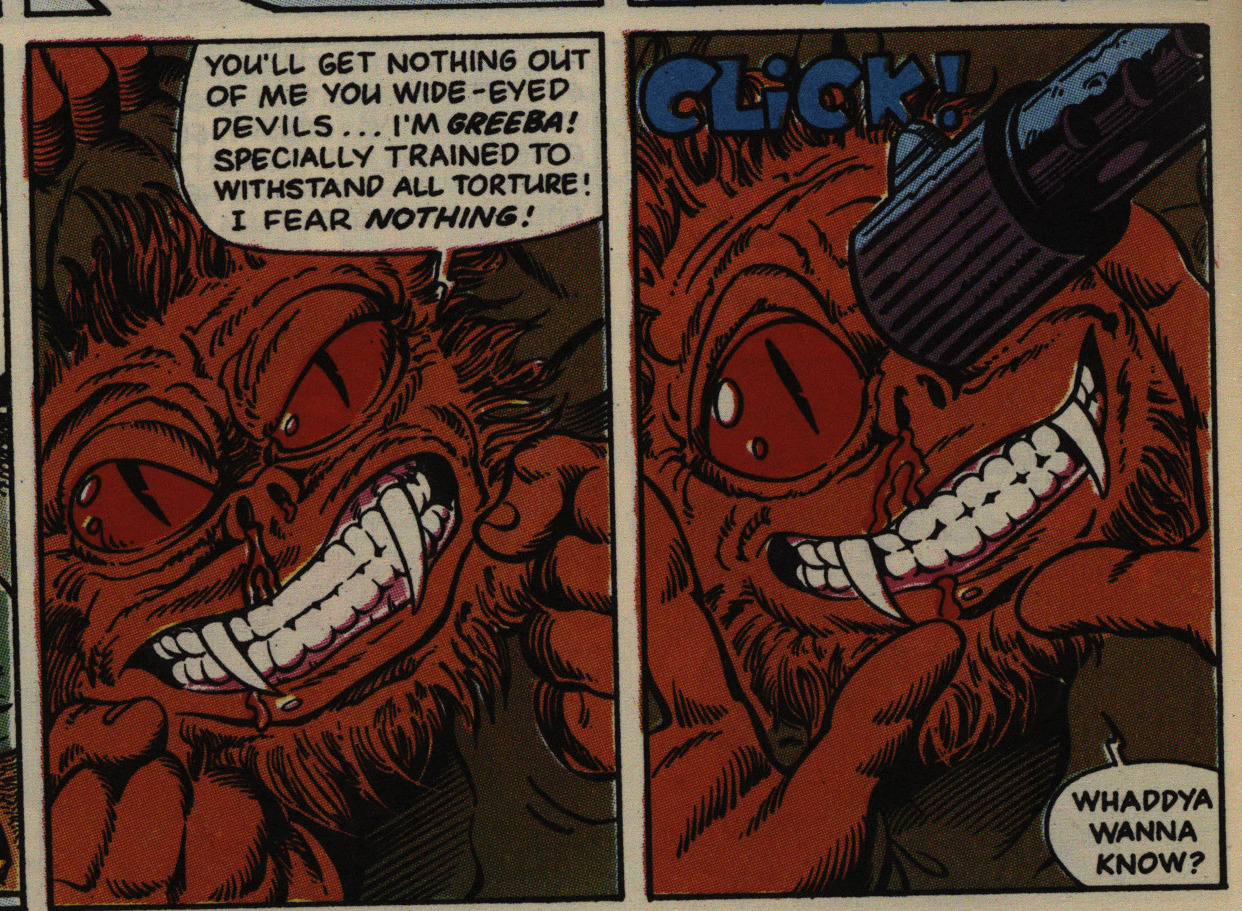 Only needs some canned laughter to drive the point home. 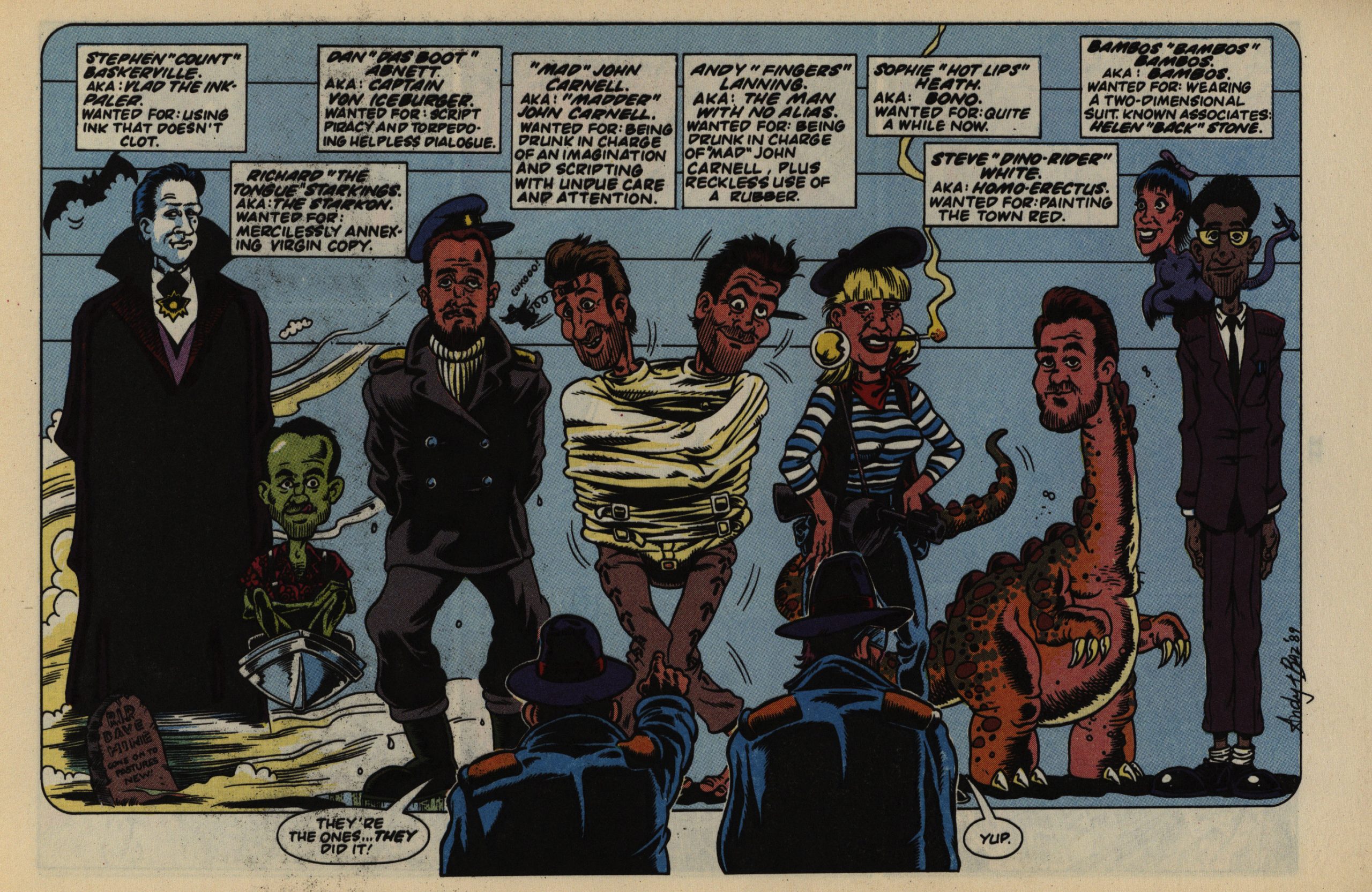 The crew behind the thing is presented.

I thought the first issue was a bit on the dull side, but it went by very quickly. So I counted the interior pages, and there’s 24 of them, which would be unheard of for an American comic book of its vintage: The printers in the US (at the time) strictly did printing on sheets that were then folded into sixteen pages, which meant that you could have 16, 32, 38 or 64 page comics, but never 24 page ones. But with European printers, I think the sheets usually folded down to 8 pages, which gives you greater variety. (And, indeed, this is printed in the UK.) 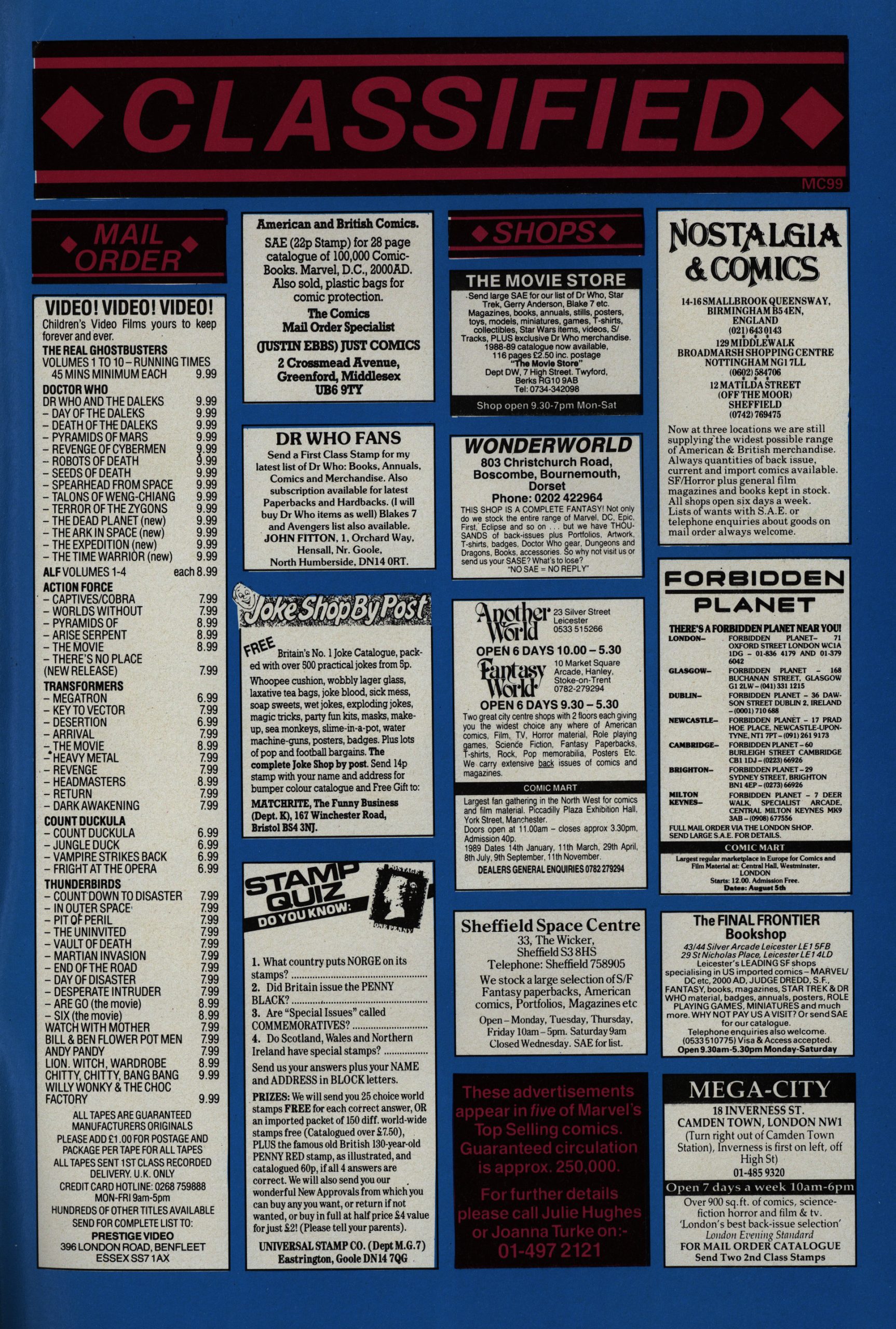 Teensy ads! Was this a thing that Marvel UK was doing at the time? They’d “appear in five of Marvel’s top selling comics”. And then this on in addition, I assume. 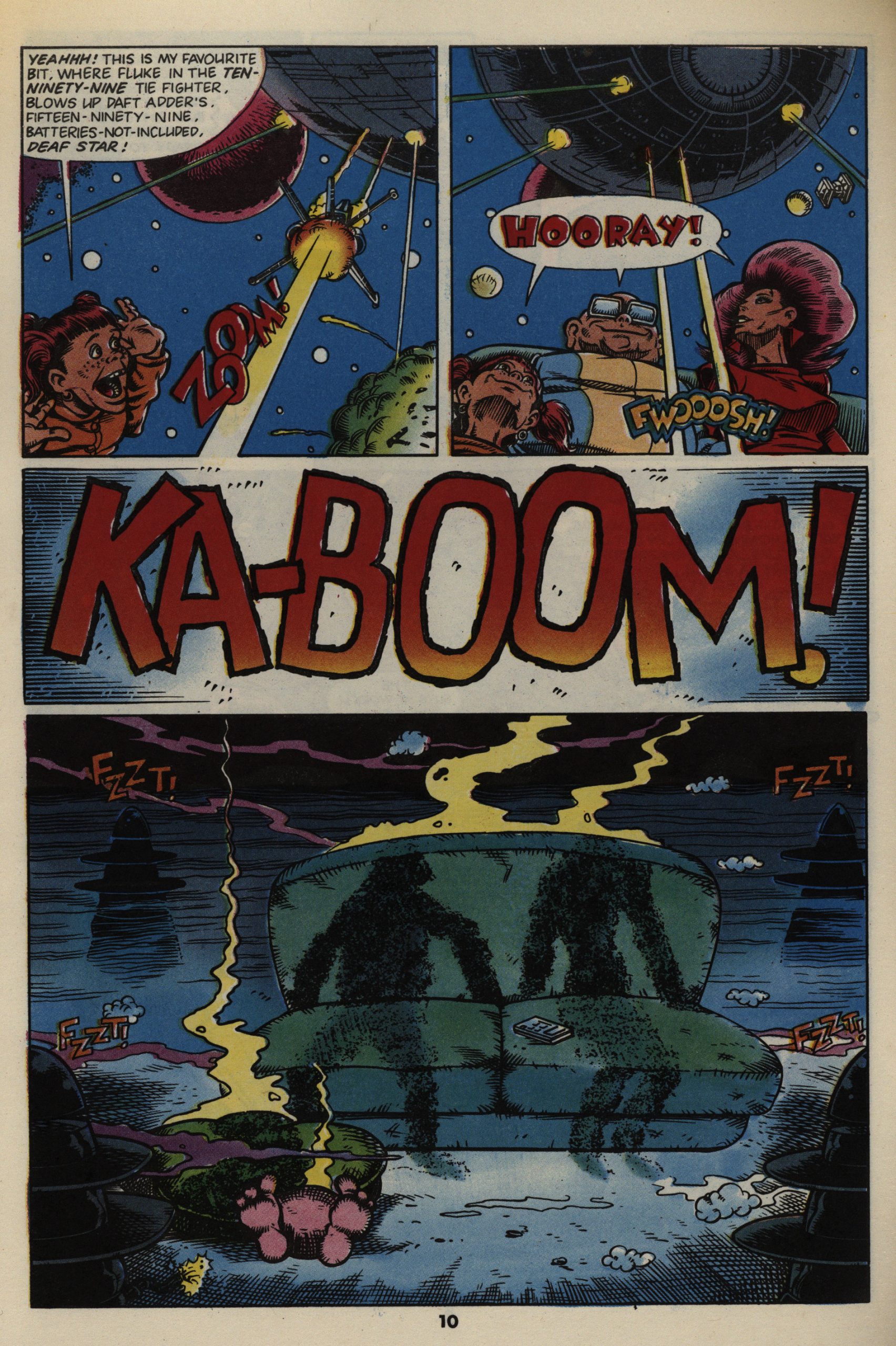 This does indeed read like a British comic for children, in that a surprising amount of random people are killed. It’s always been something part of the texture of Who — there’s always so many deaths… 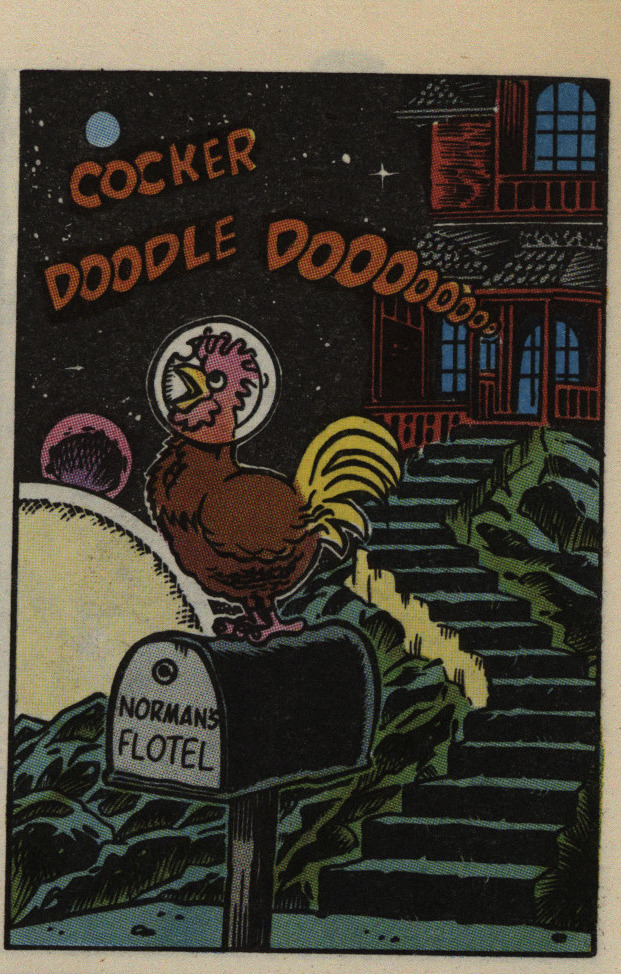 OK, that’s the one joke in here that I found funny. 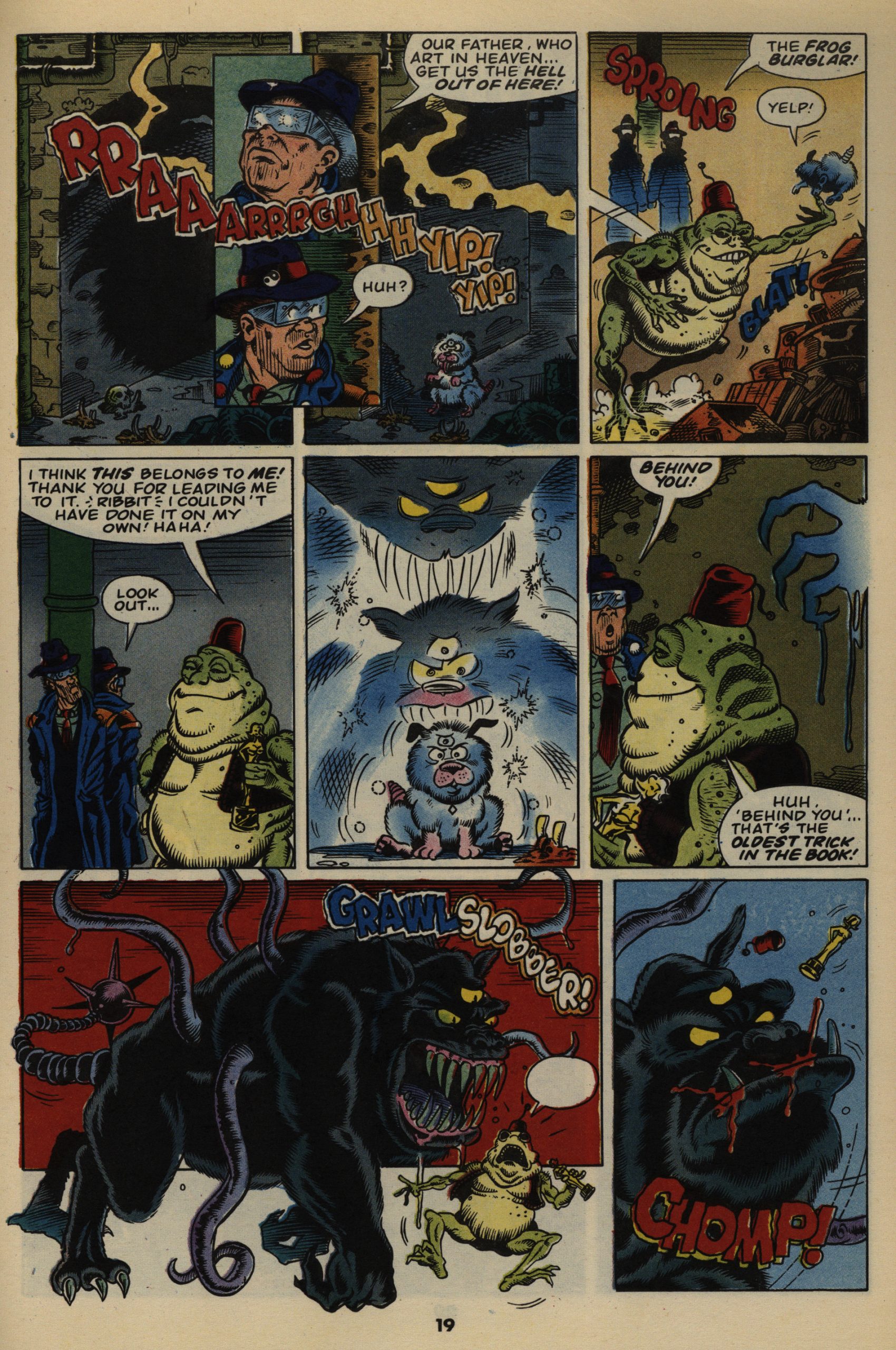 I wish I could say that at least the storytelling is fun and readable… And I could, but I’d be lying. 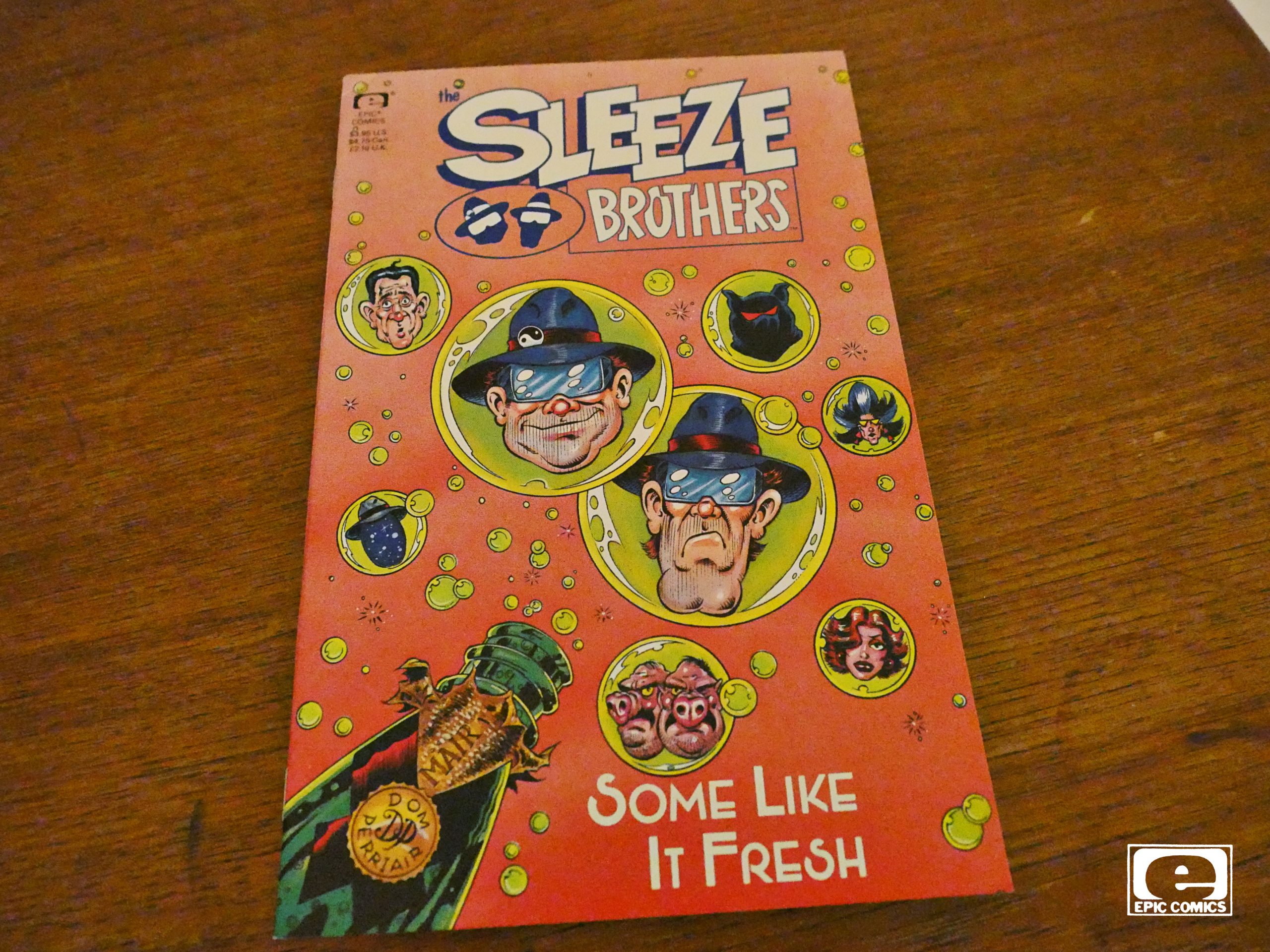 The original six issues were then released in a collected edition, and then we got this 48 page special the next year. This one is released by Epic proper, and is printed in the US. 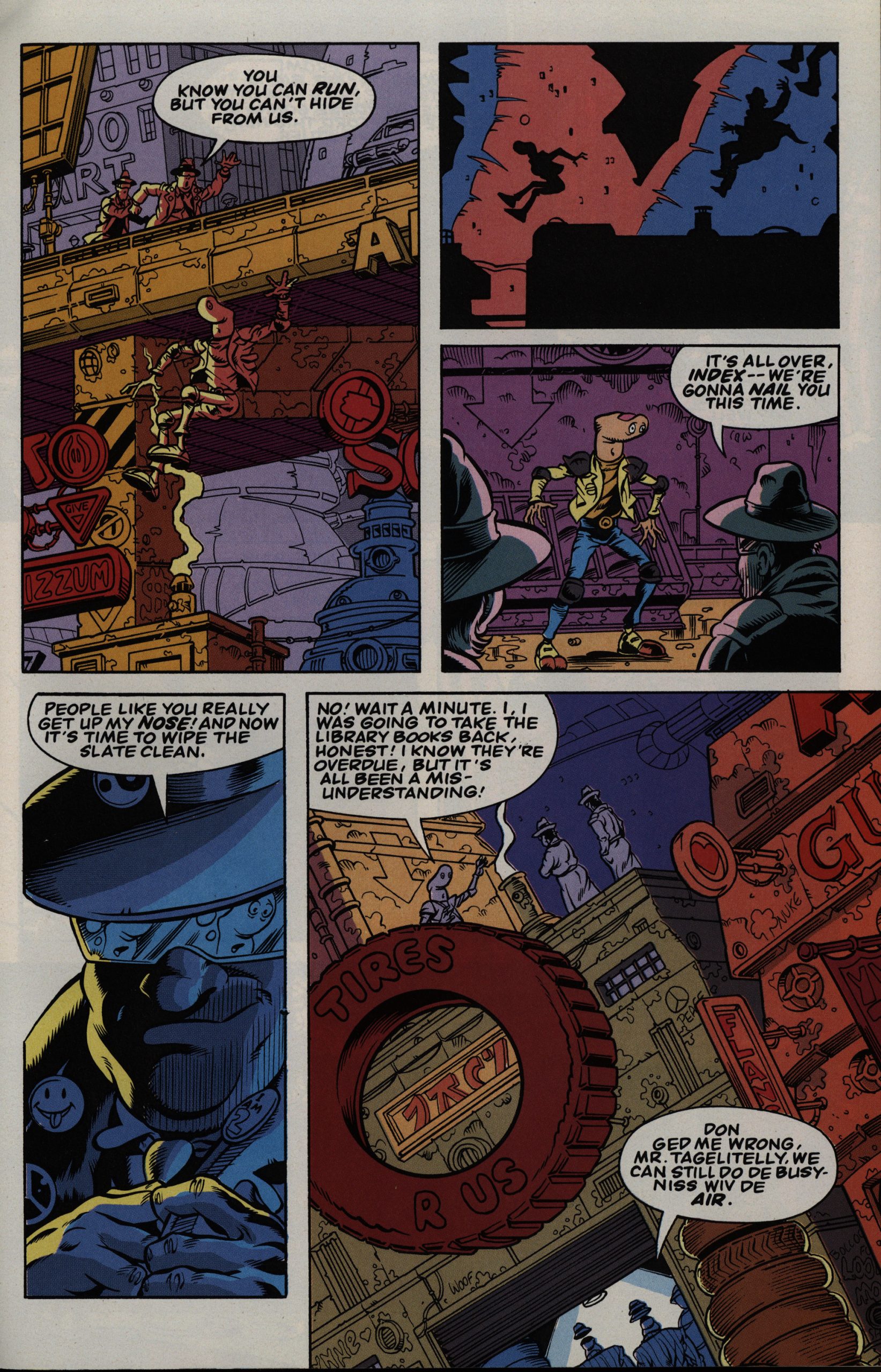 On shiny paper. The jokes are still the same, but it was a less choppy read. 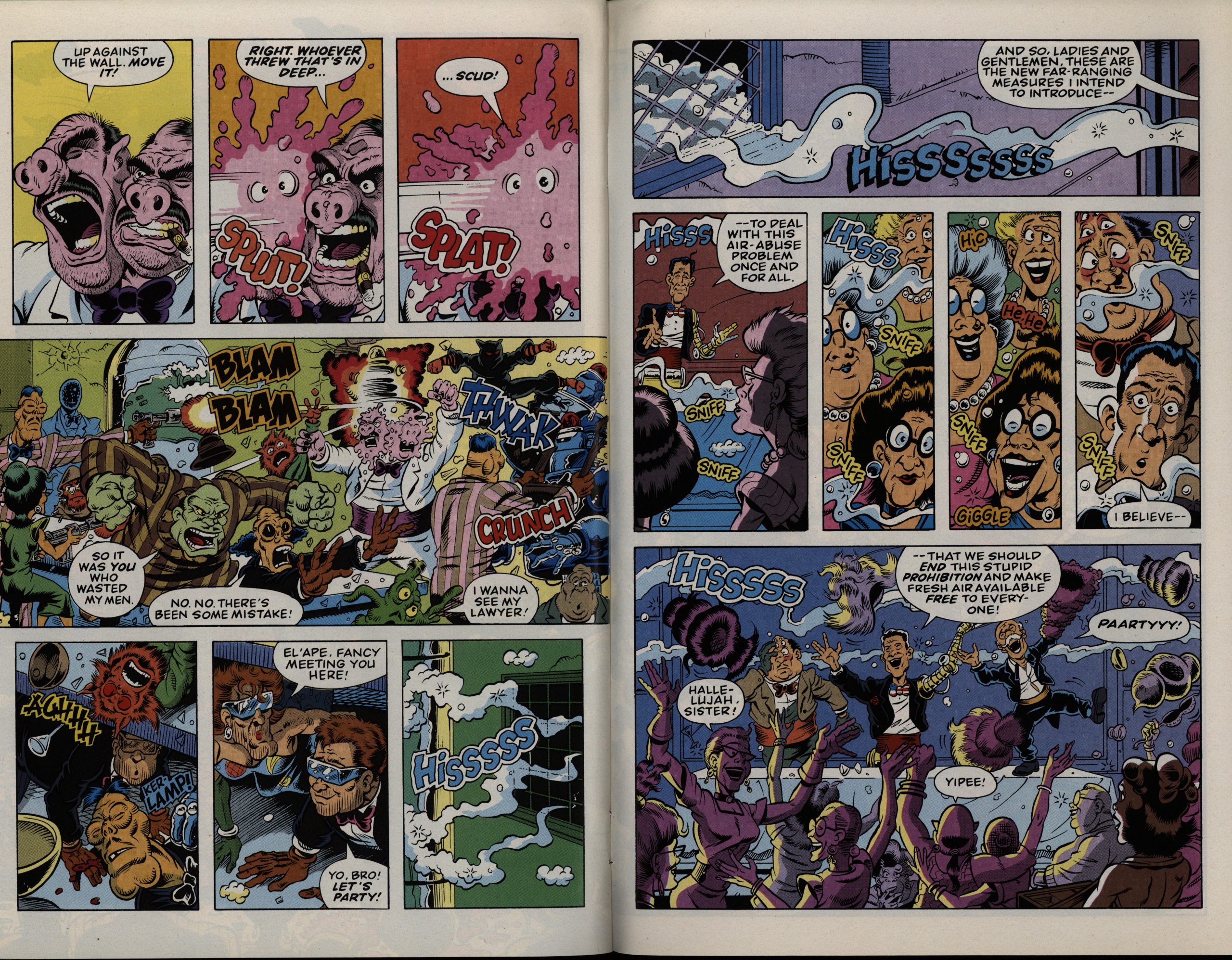 They really want to go for a spiralling-out-of-control storyline, where every page is more insane than the last… But they land at “wacky” instead.

I tried finding some reviews of this, and this was as close as I got:

Some other stuff happened in the issue, but nothing really exciting or worth mentioning. To be honest, I found the title misleading as the Sleeze Brothers were about as sleazy as a nun on Easter Sunday. I was expecting a more crass, adult style comic book but instead found a dull, cartoony flop.

The characters have made some subsequent appearances, but these comics seem to be out of print now.