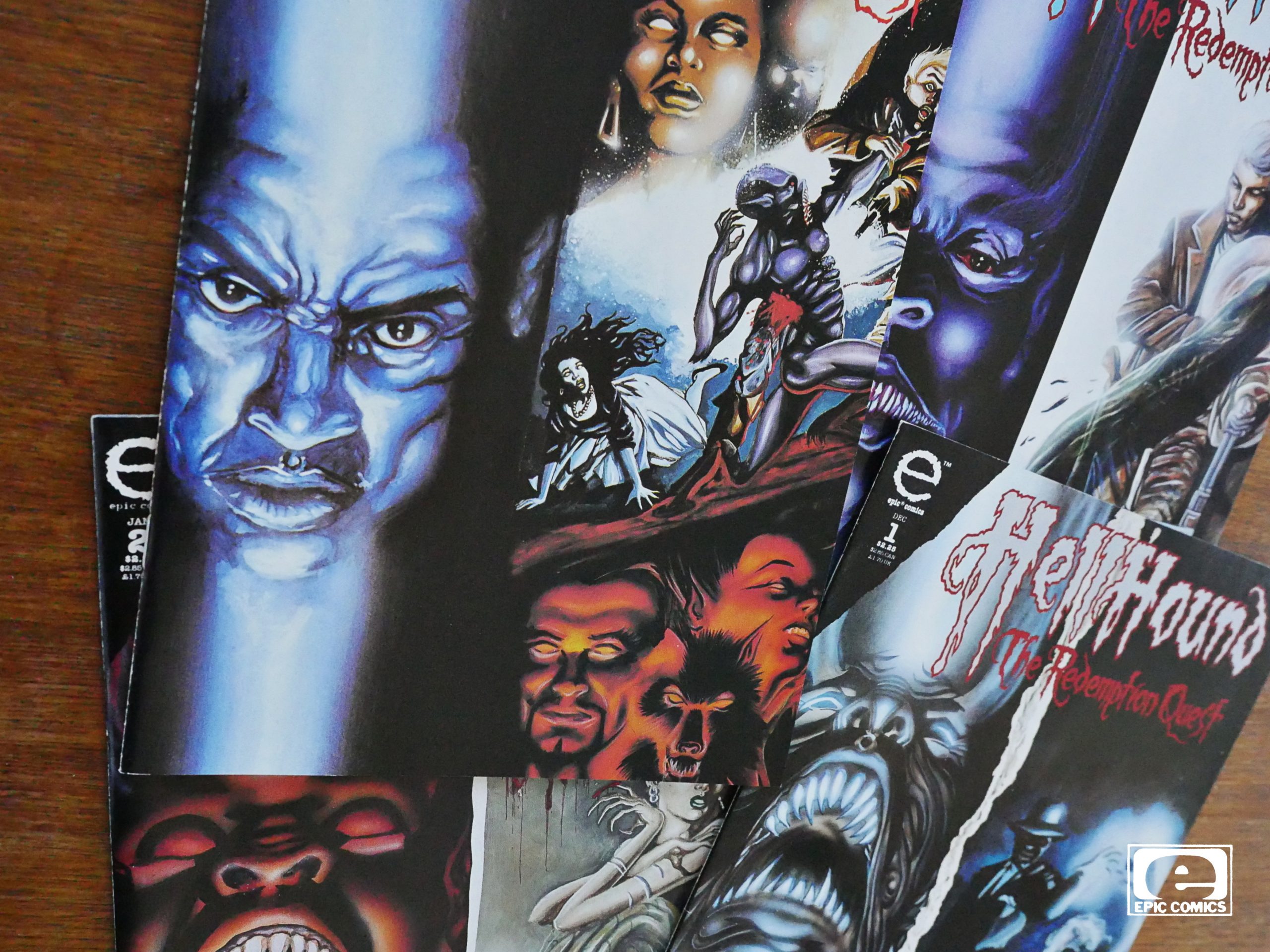 Hellhound, The Redemption Quest (1993) #1-4
by John Miller and Floyd Hughes

I assumed that this was a Hellraiser spinoff, but I made an ass of u and me. And d. 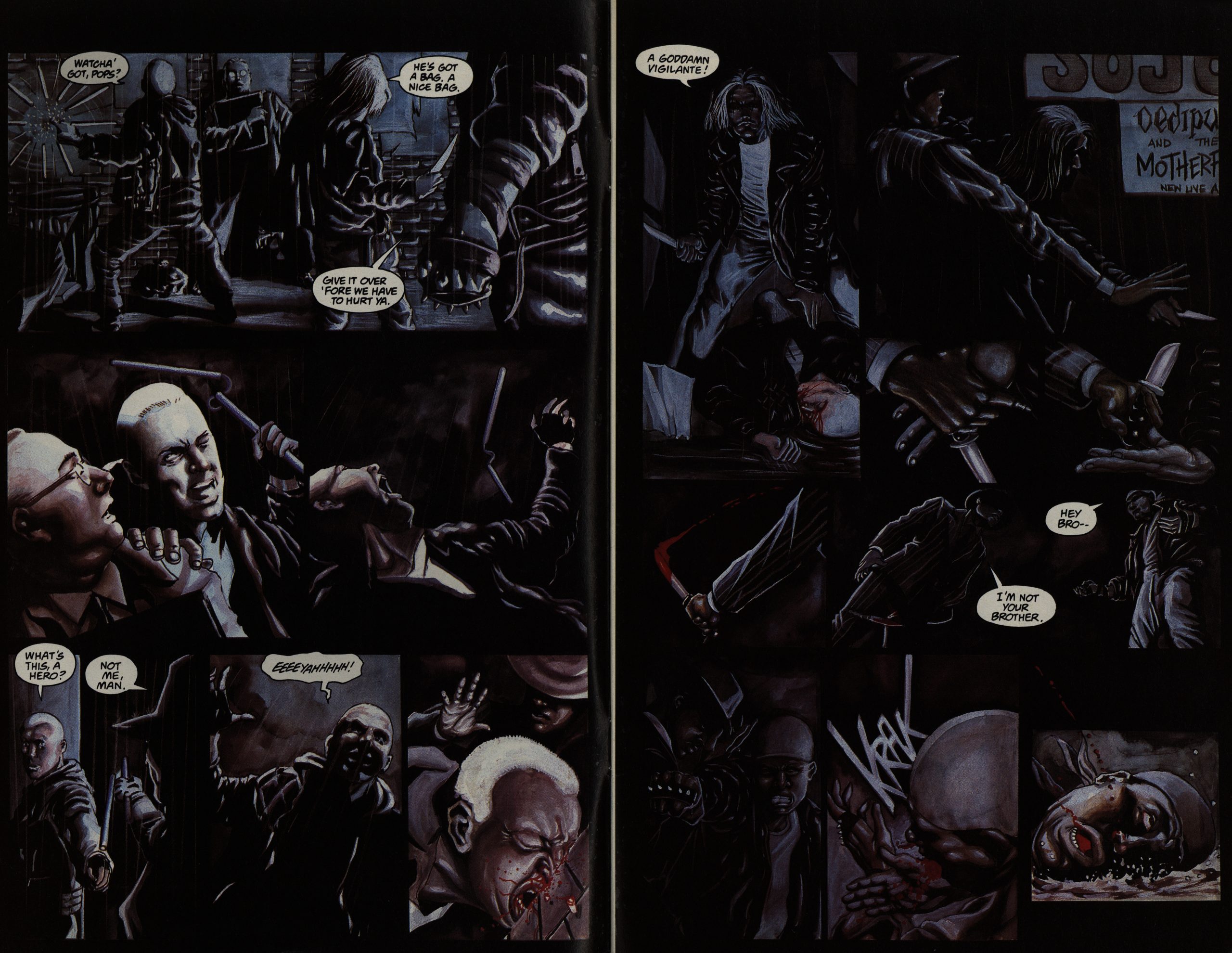 It’s not! Instead it’s about two envoys from hell who’s main job is to collect damned souls, but this time Satan sends them off to collect an angel… posing as a witch… who’s helping people.

I have to admit I didn’t quite understand what the point of it all was.

John Hughes does the artwork in a heavily-rendered painted style, but as the series progresses, it becomes more er economical. 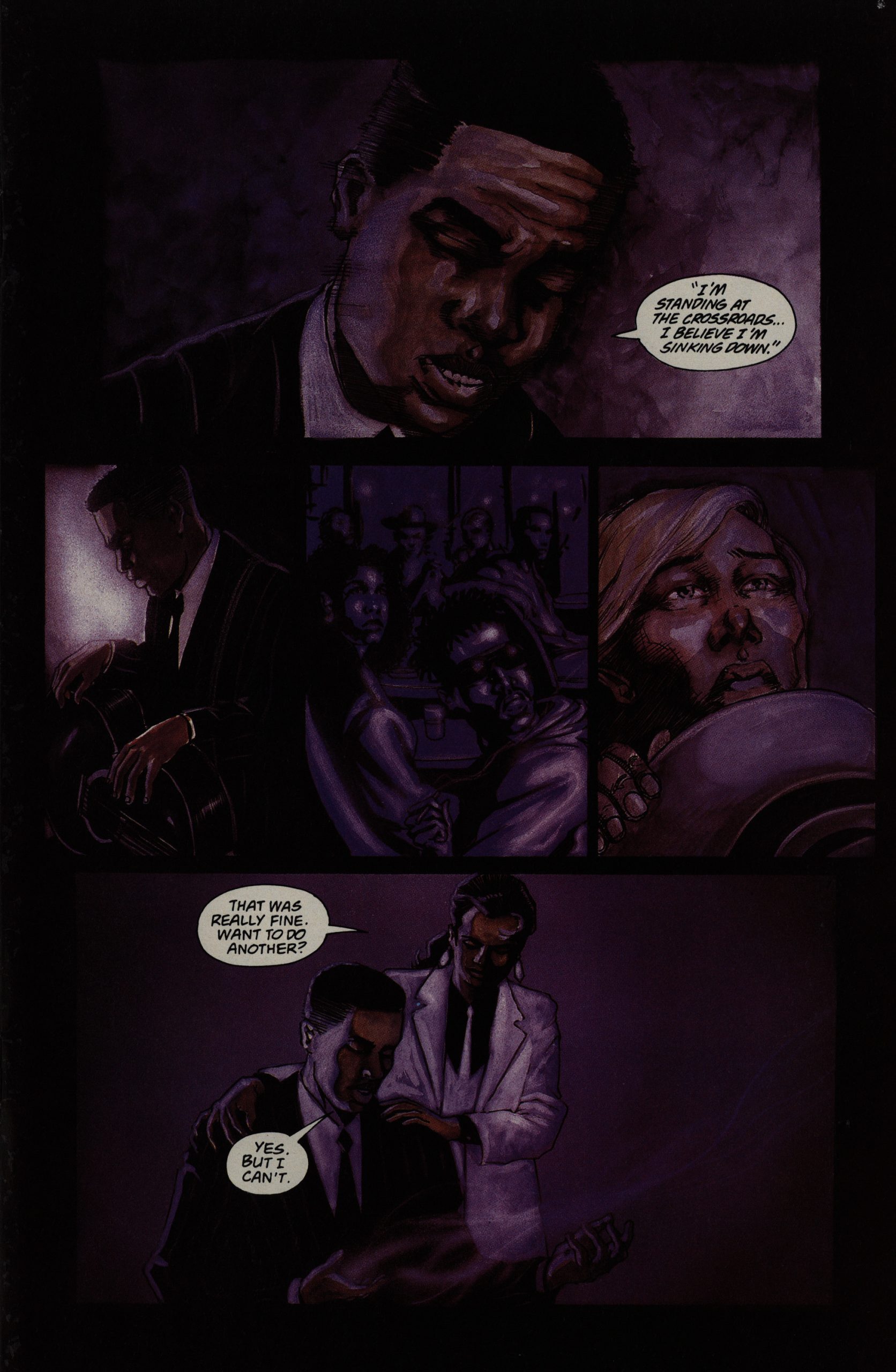 The hellhounds in question are Billy the Kid and a Robert Johnson-a-like (but with a different name, for some reason). They’re all tortured and stuff. 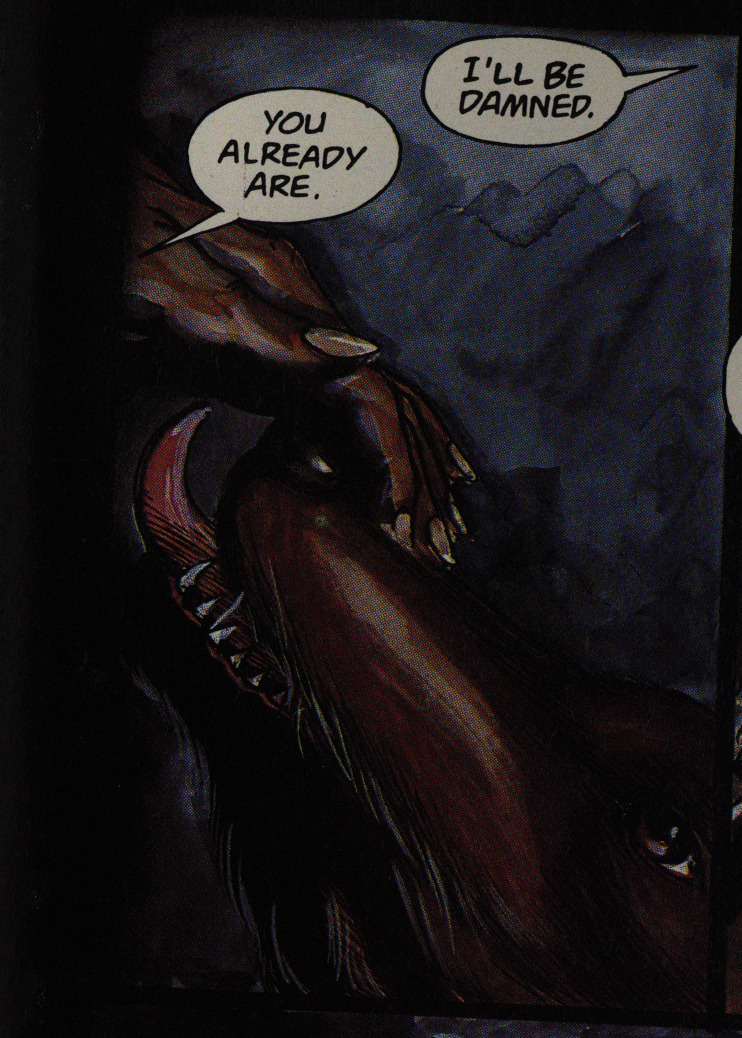 This isn’t a very good book — from the macro level of a plot that’s extremely uninteresting and characters that have little character, to the micro level where speech balloons are seldom placed in the order you would naturally assume they would be. 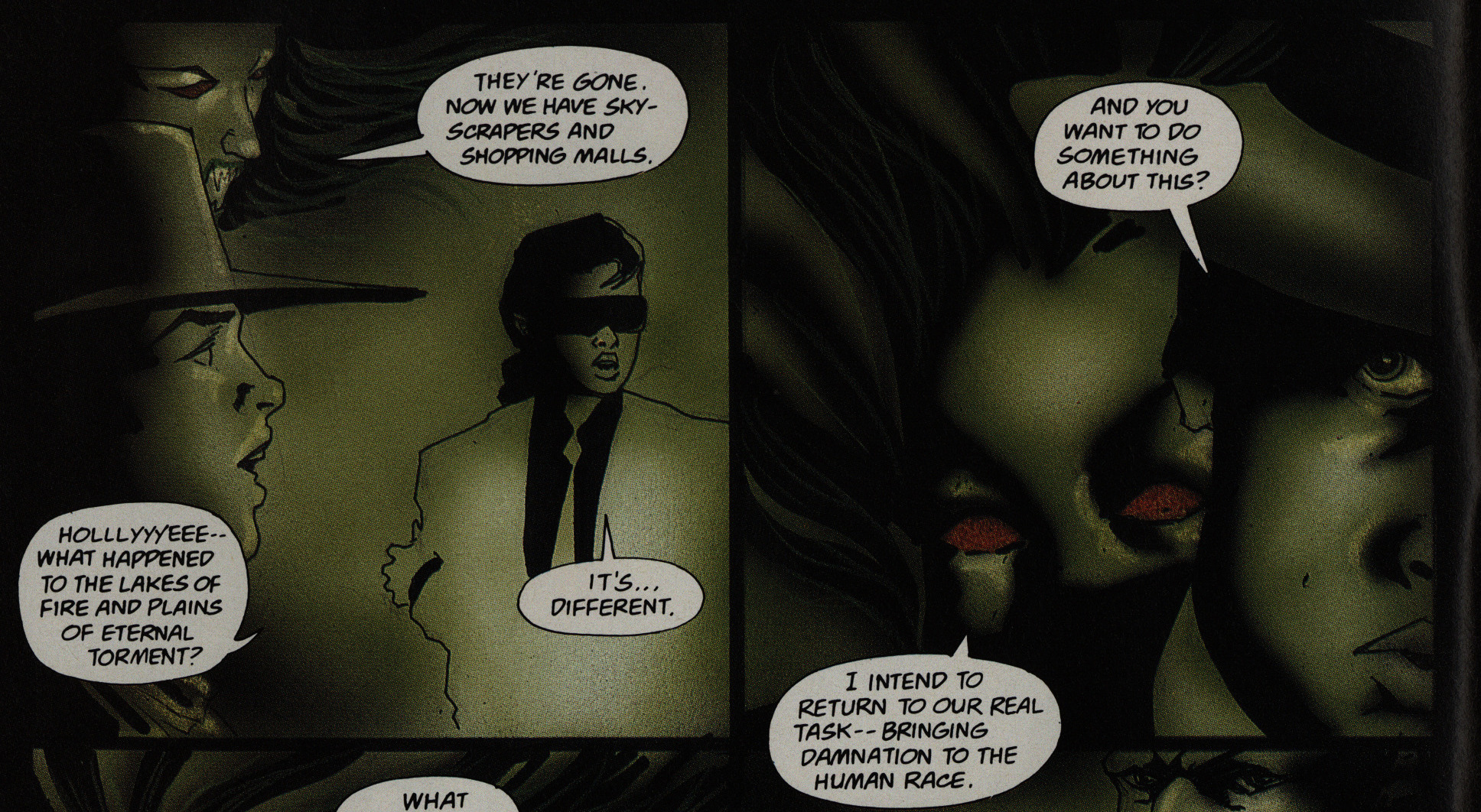 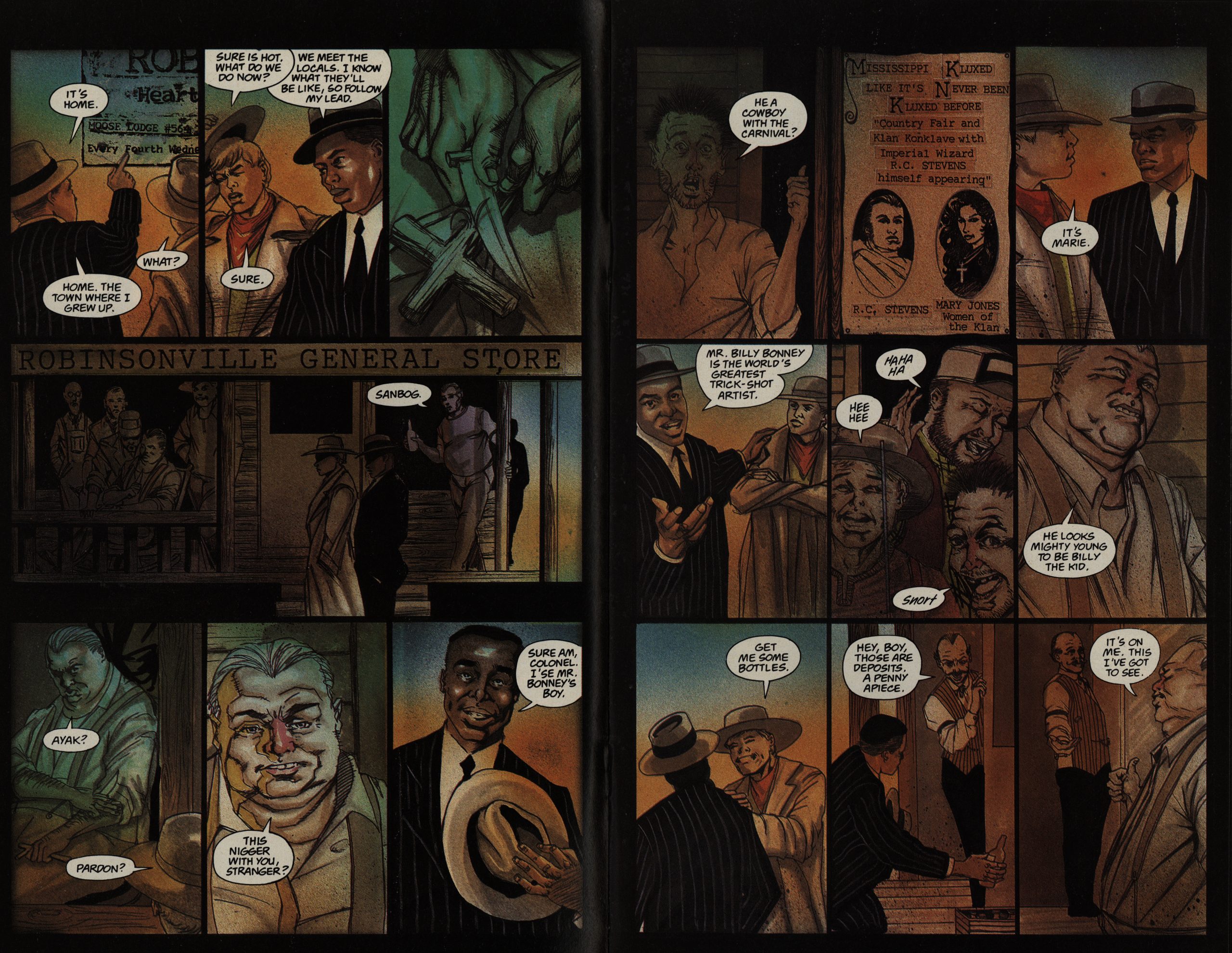 It’s all topical and stuff. 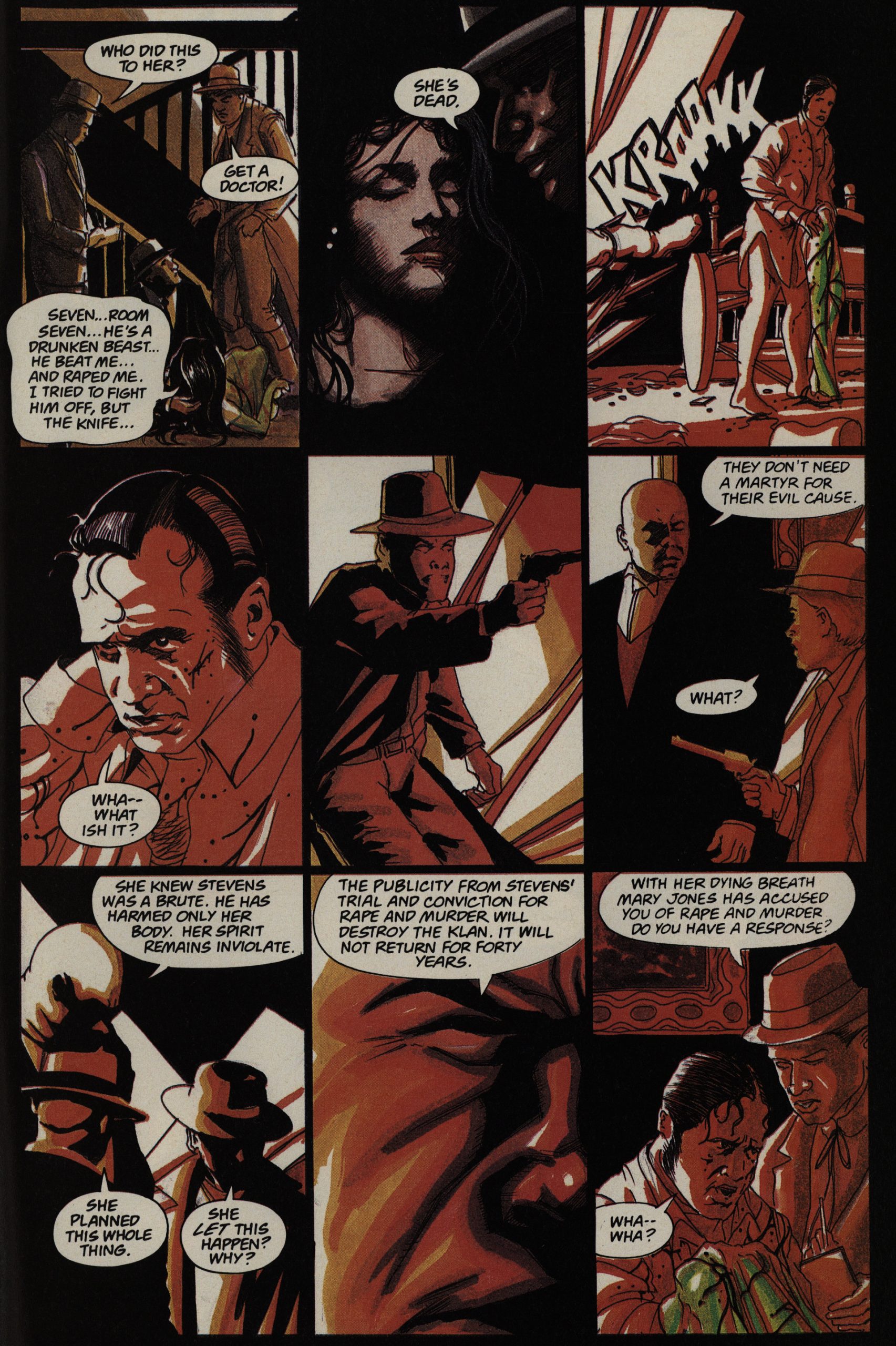 Not only do they take the KKK on, they (well, the angel) takes the KKK down. 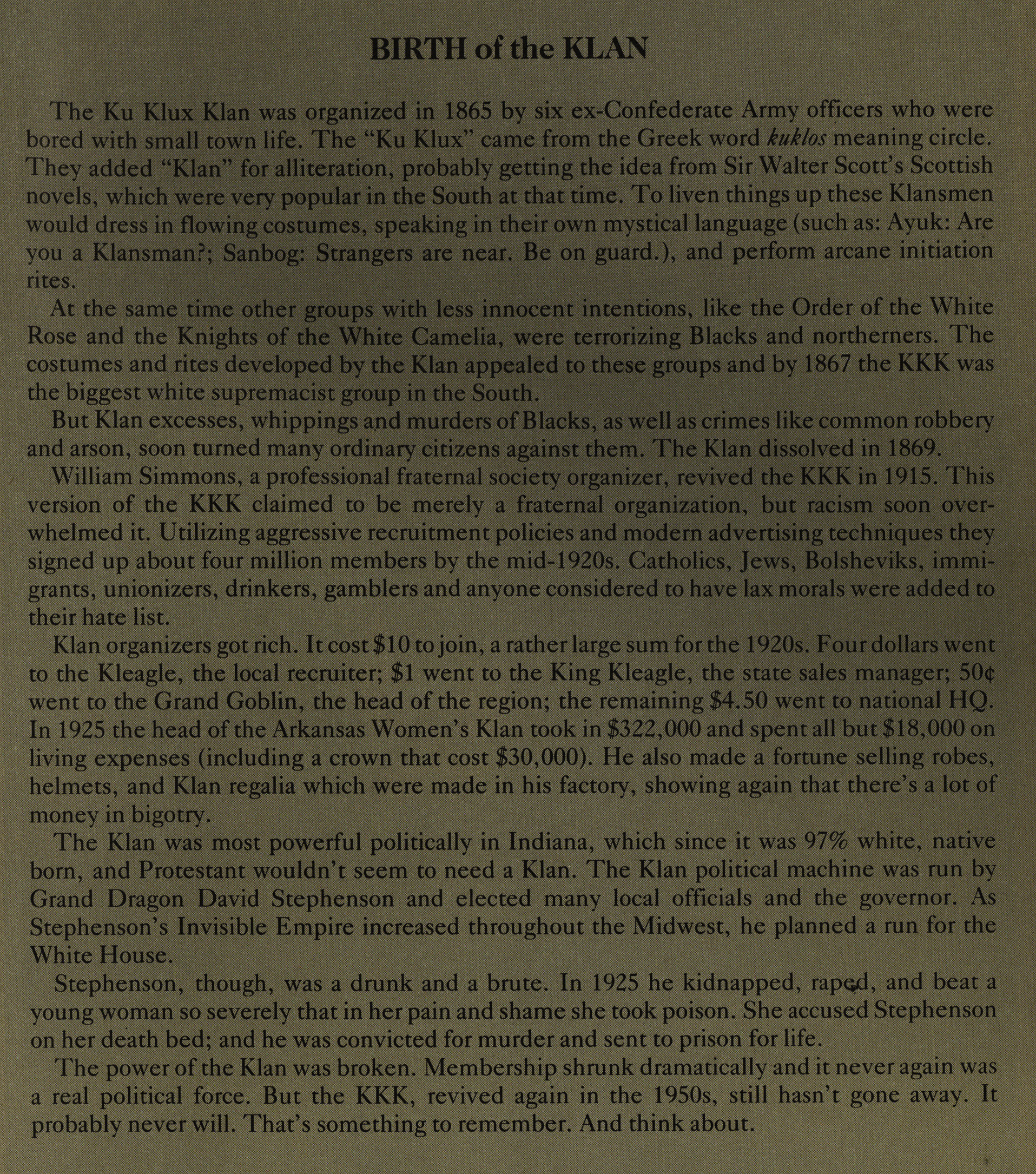 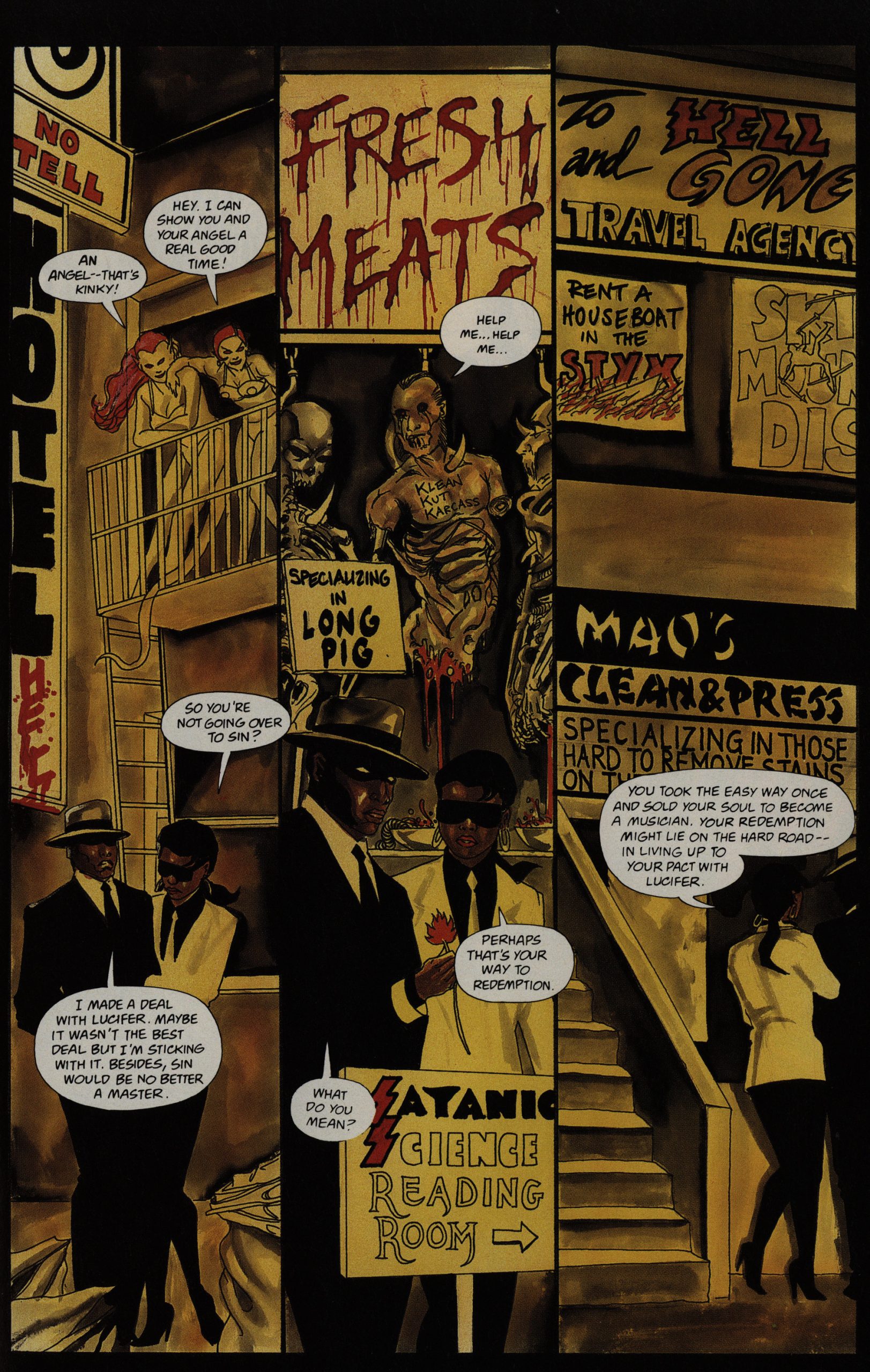 It’s just hard to … care much.

I wonder how this oddball comic ended up at Epic. Sure, in 1993, Marvel was doing another push to flood the US direct sales market, driving out everybody else (mainly Image), so they published, well, pretty much anything. But this is rather beyond that.

I don’t know who John Miller is, but Floyd Hughes seems to be British? So I’m going to go ahead and guess that this is something that landed at Epic via Marvel UK.

This series has never been reprinted or collected. I was unable to find anybody, anywhere on the web, talking about this comic, so I’m guessing it didn’t make much of an impact.